Plant of the Month - California Aster 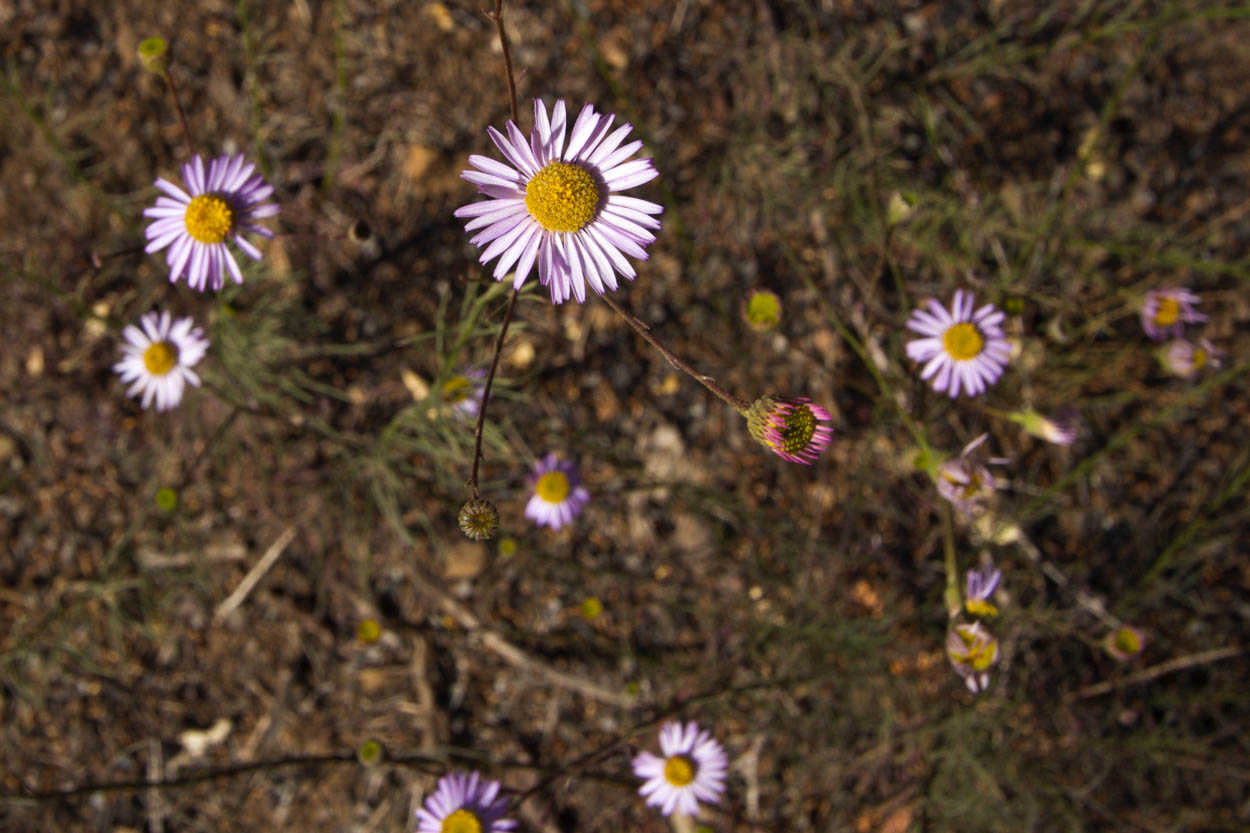 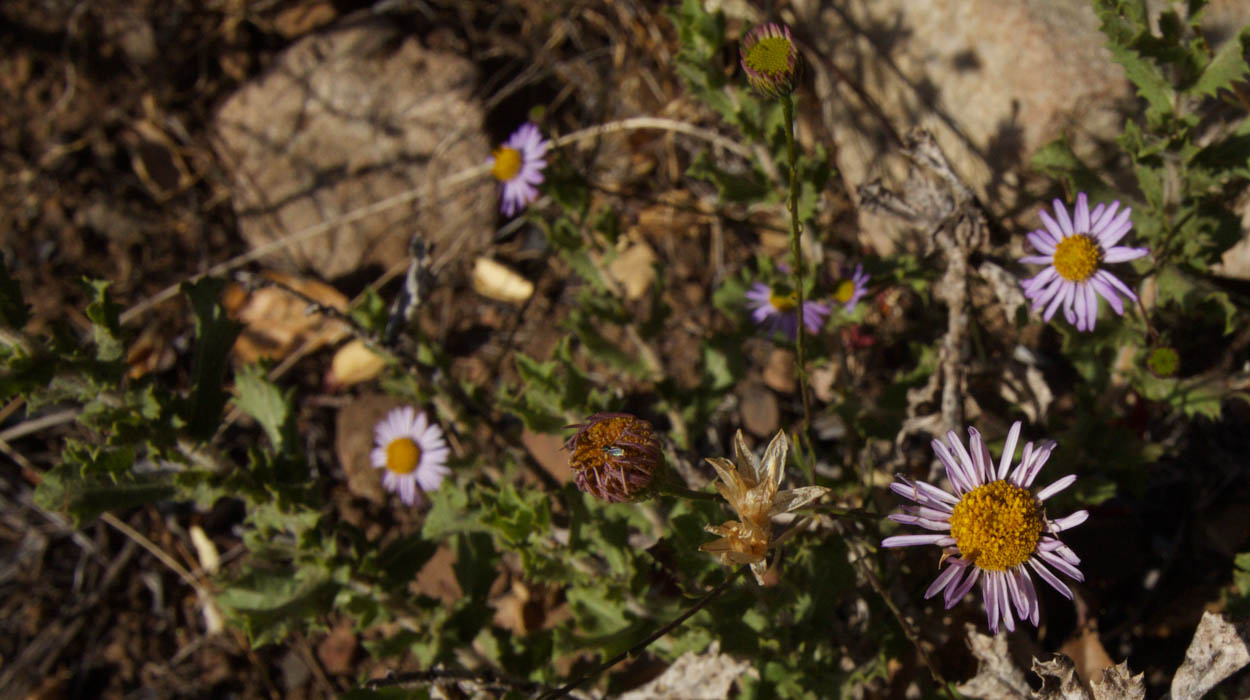 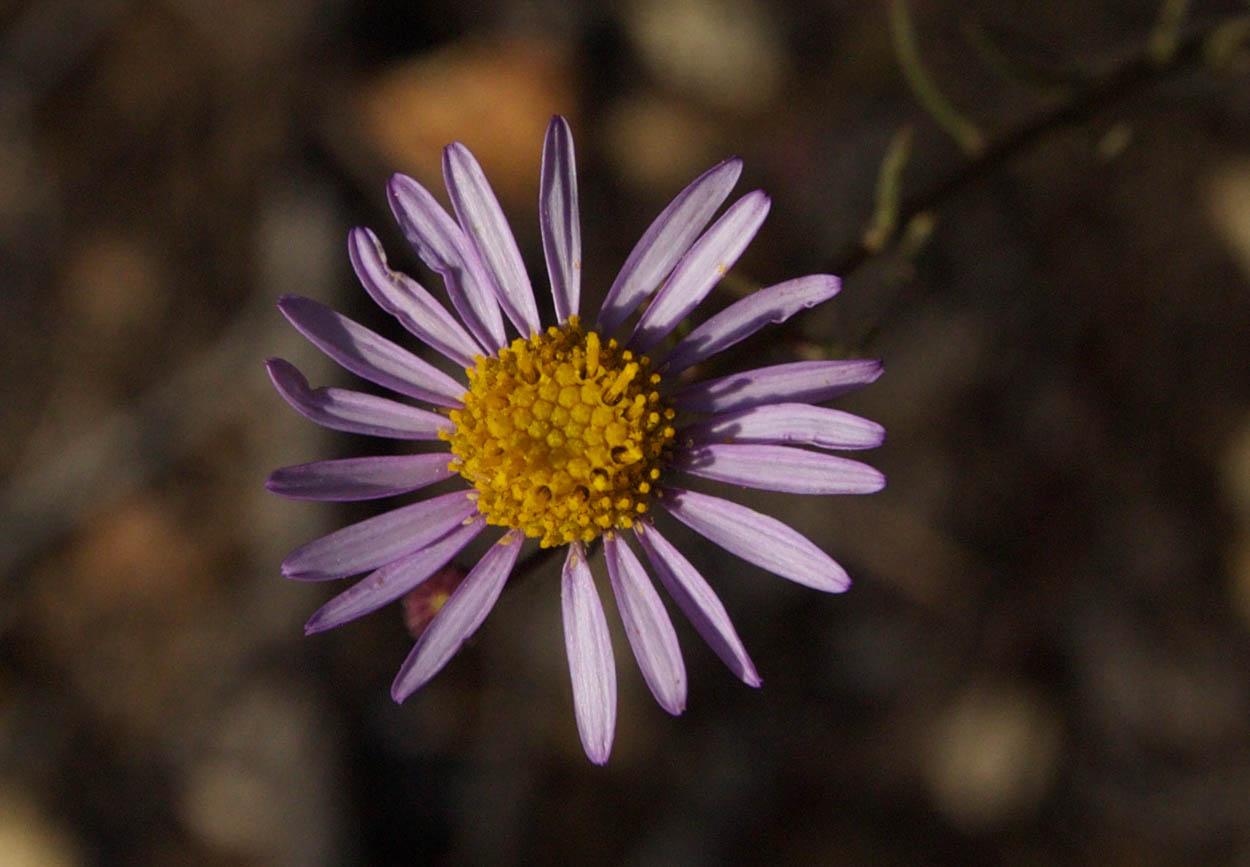 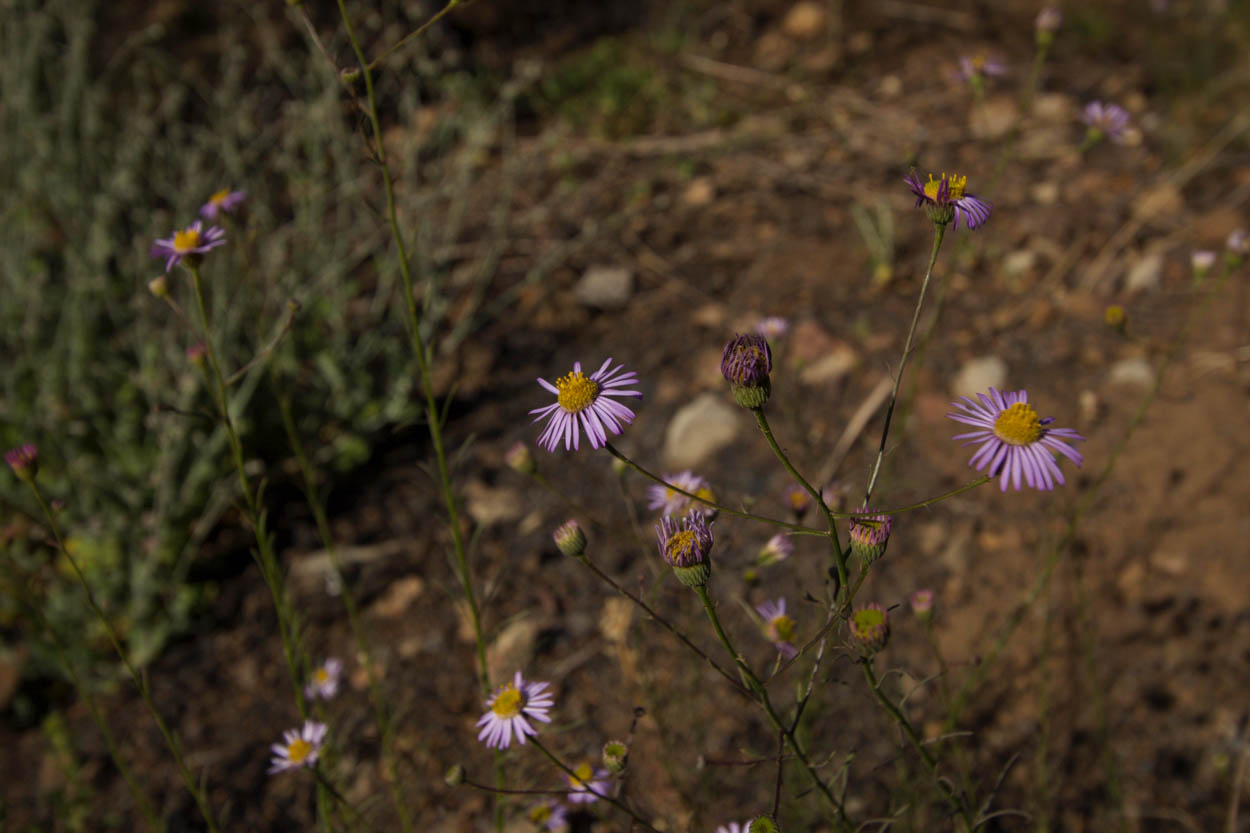 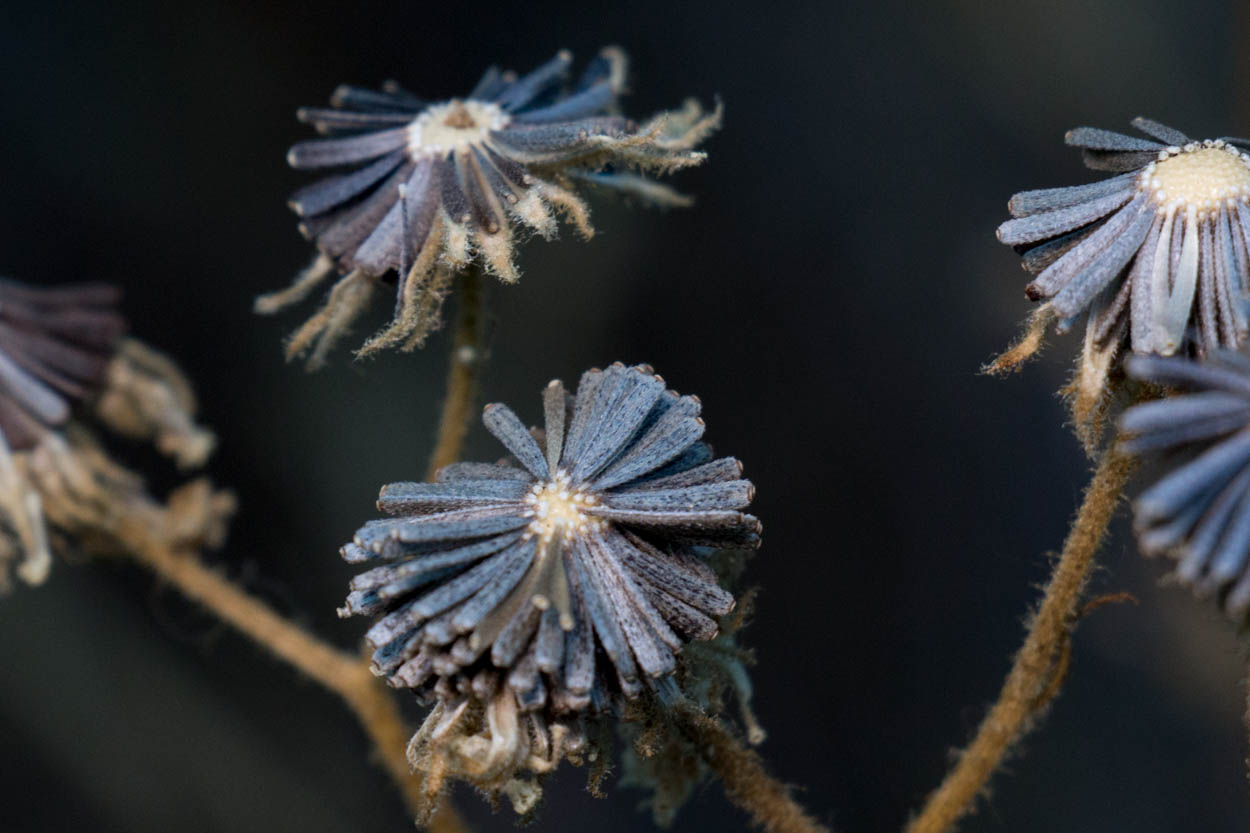 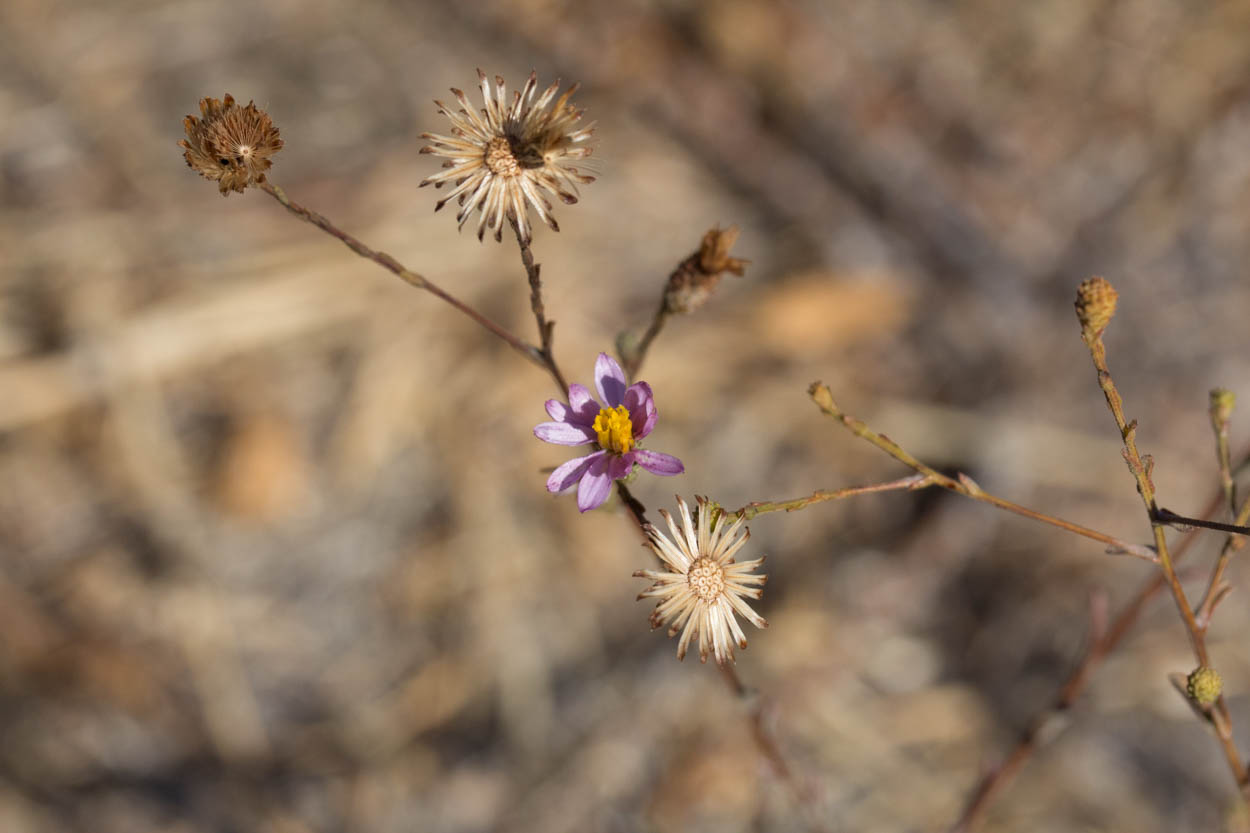 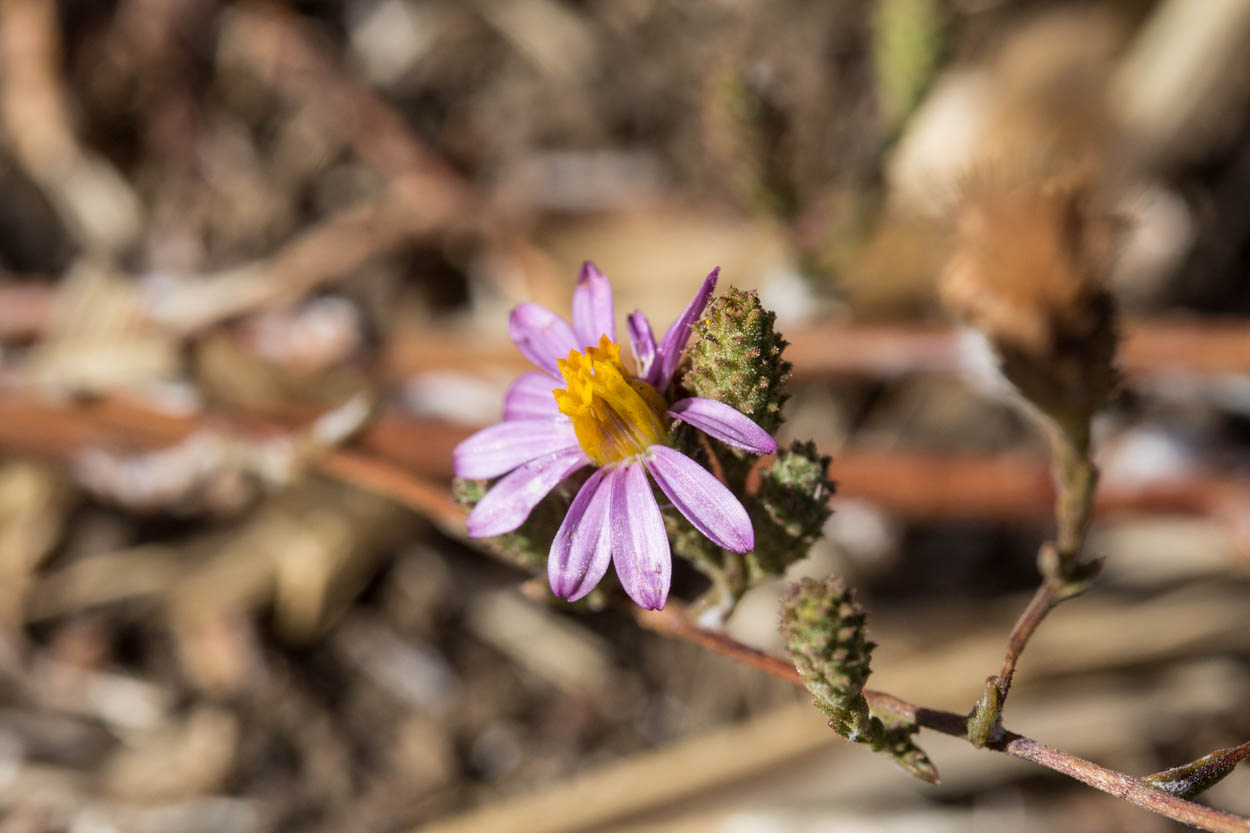 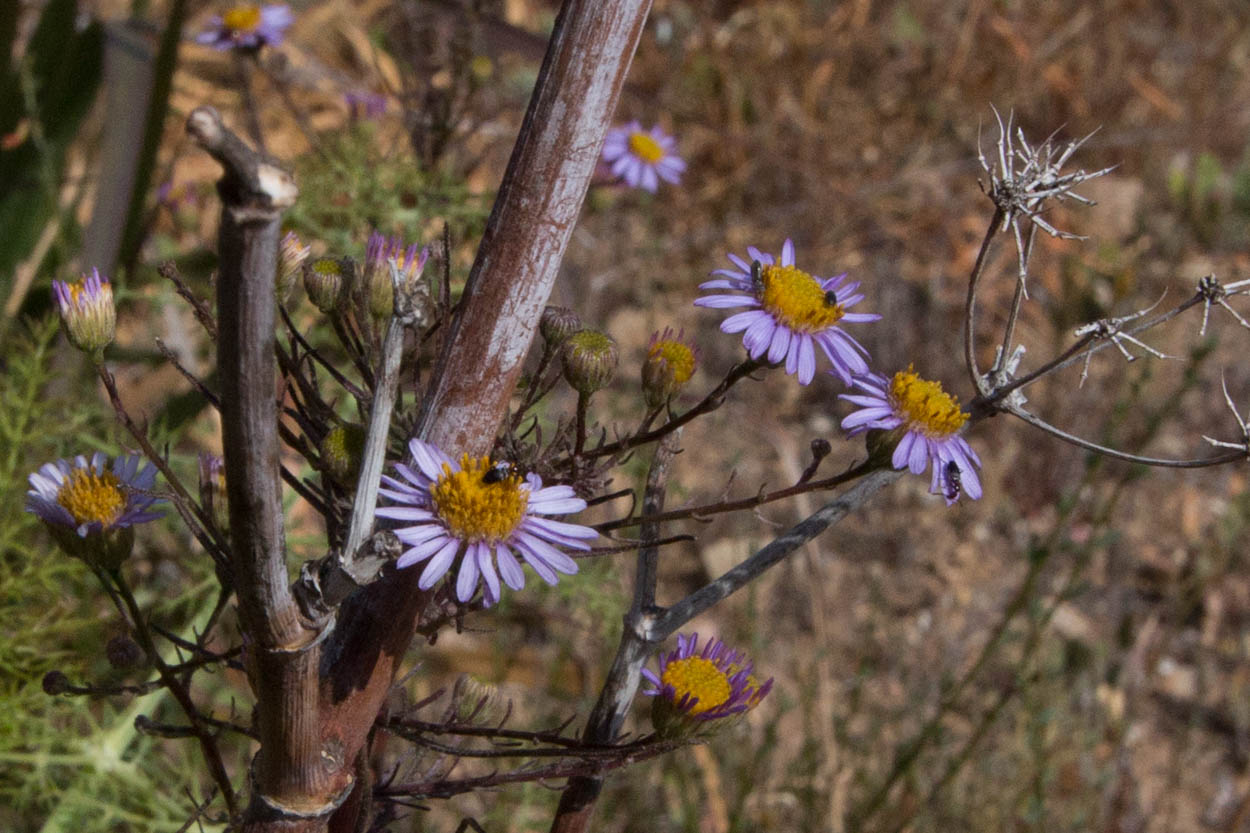 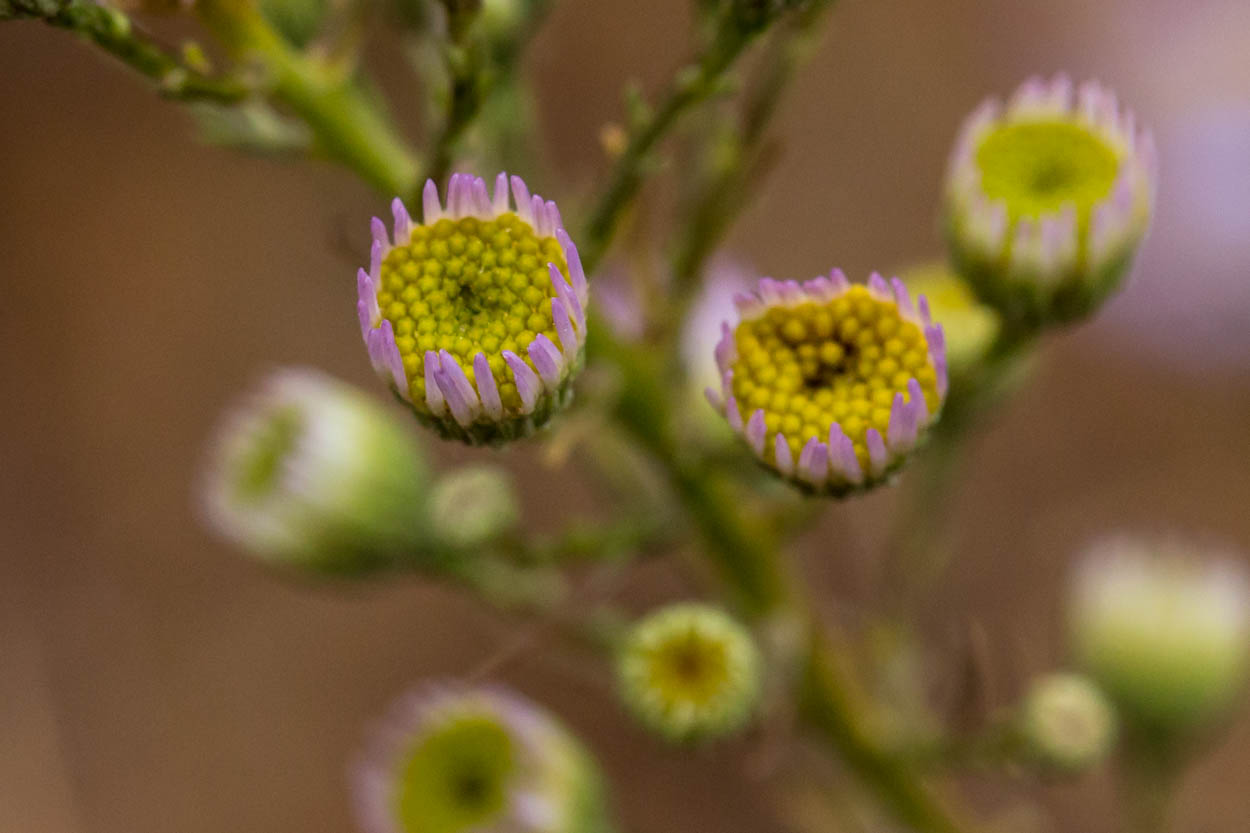 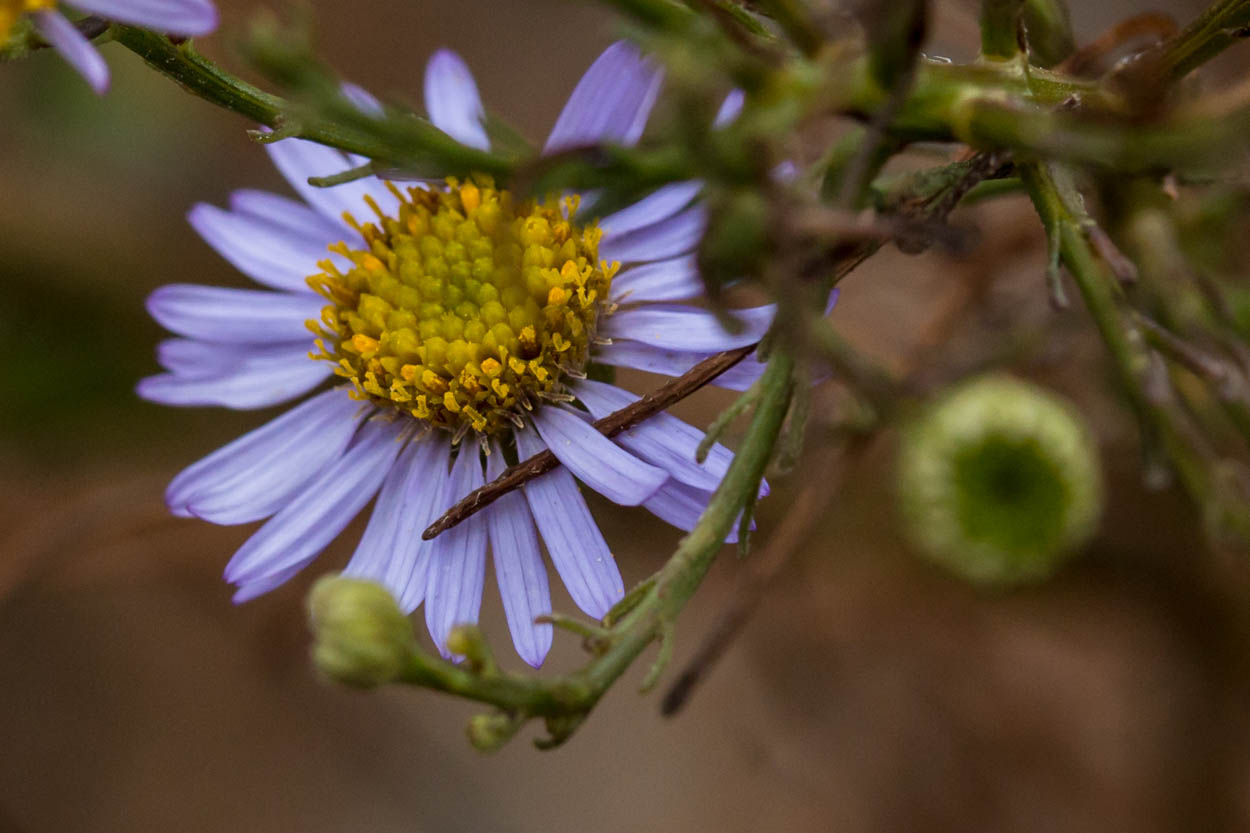 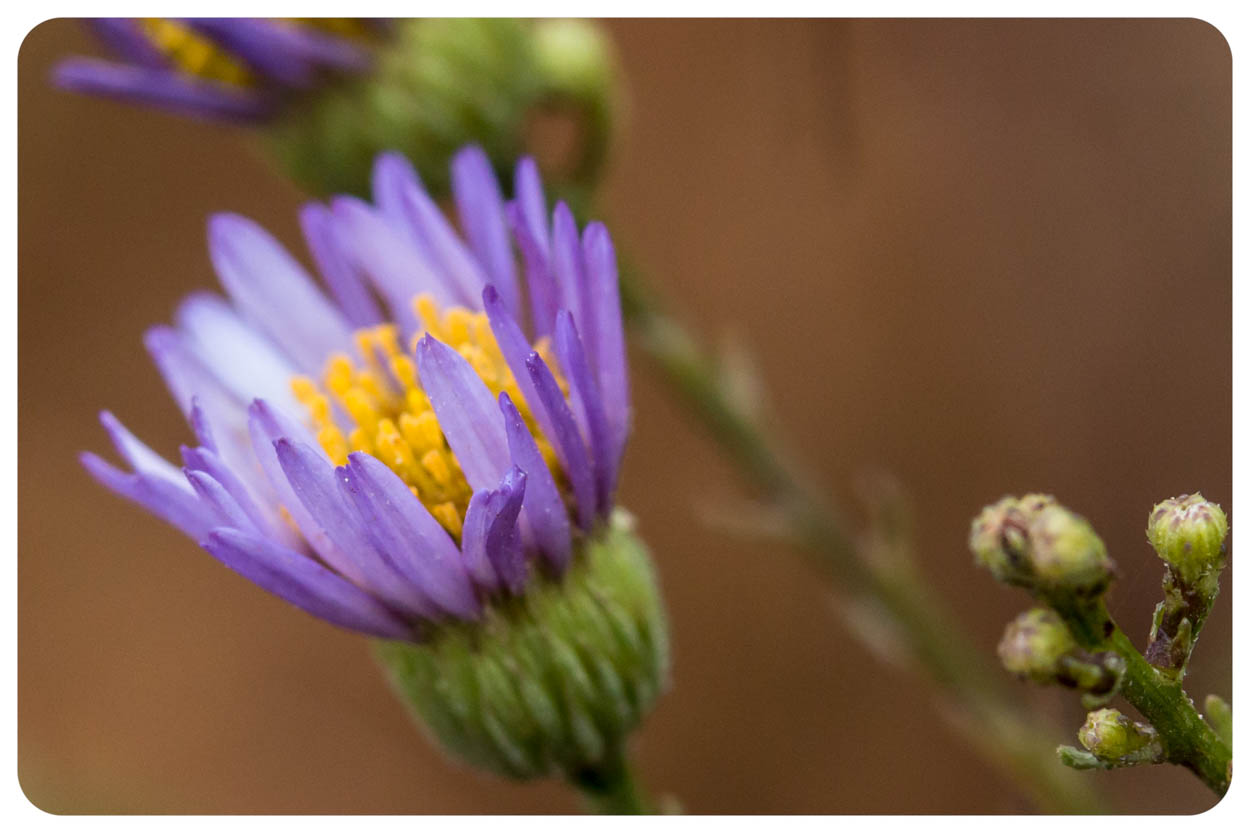 This month's plant is very hardy and ubiquitous, growing in a wide variety of places and elevations. It commonly blooms during the last half of the year. The dryer it is, the more scraggly the plant appears, but it still puts forth its 1-inch lavendar and yellow flowerheads. With our drought this year, it is one of the few plants to be found on the trails now still demonstrating any inflorescence.

This is a slender-looking plant with woolly, lance-shaped leaves up to 3 inches long. Butterflies are attracted to the plant, which along with its late flowering period, can make it a nice addition to your garden. The terminal flowerhead, really a conglomeration of individual flowers, is daisy-like, with yellow tubular disks flowers and lavendar-to-white ray flowers. The plant itself is a shrub but may not appear so, especially in places like dry meadows where almost the only visible parts are its flowers. The photos on this page were taken in the fields near the Reagan Ranch area of Malibu Creek State Park.

As you can see from above, this plant goes by many names. I had a hard time choosing one as the title for this month's page, every resource I researched seemed to emphasize a different name. Apparently its genus name used to be Corethrogyne, then changed to Lessingia, and is now being relisted back to Corethrogyne. Corethrogyne refers to the brush-like tips of the style. Lessingia is from the name of a German family of botanists and writers. Filaginifolia refers to having woolly leaves like the genus Filago, another member of the sunflower family. Cudweed is a term often used with various plants in the sunflower family.