Plant of the Month - California Brickellbush 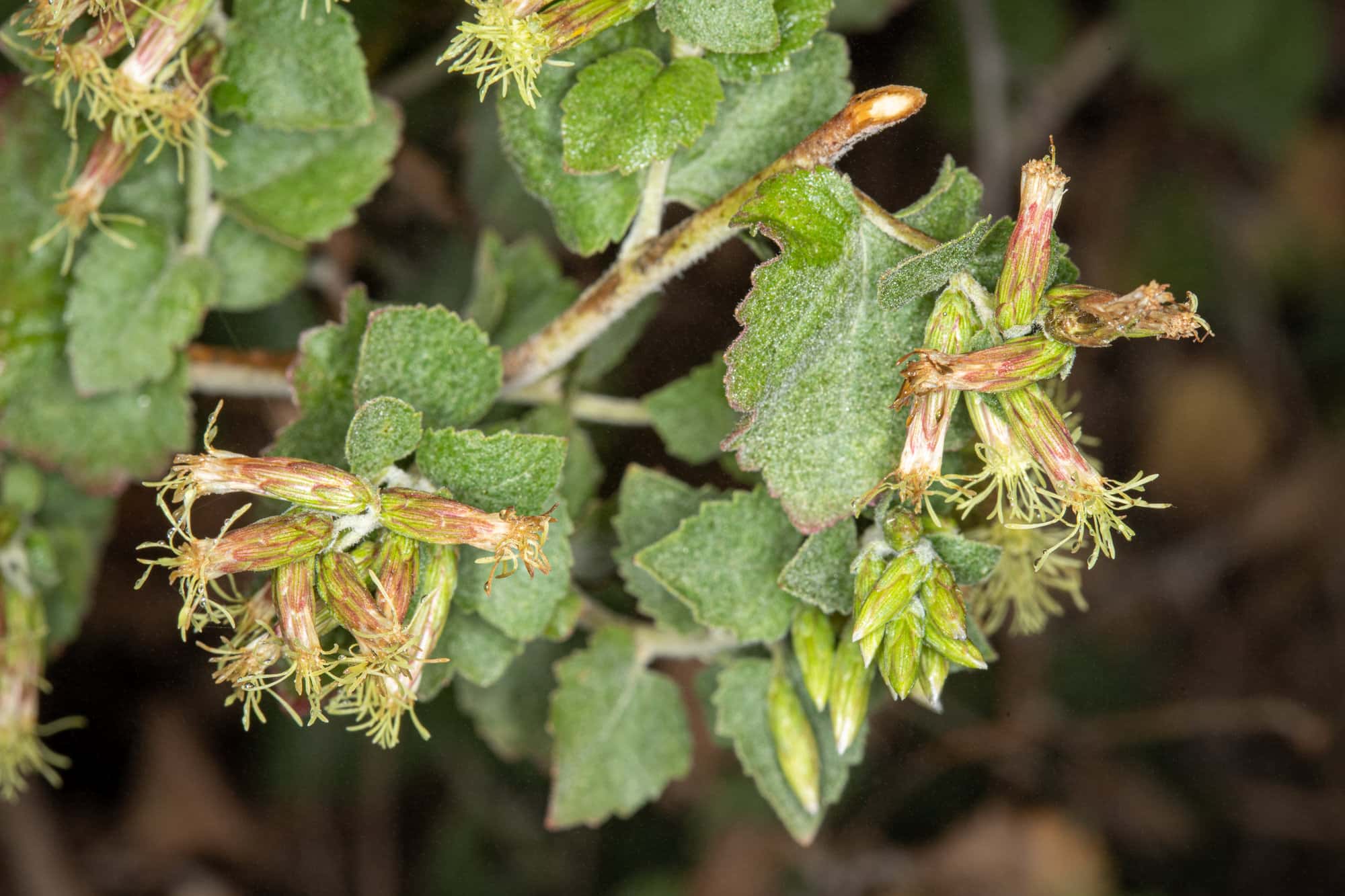 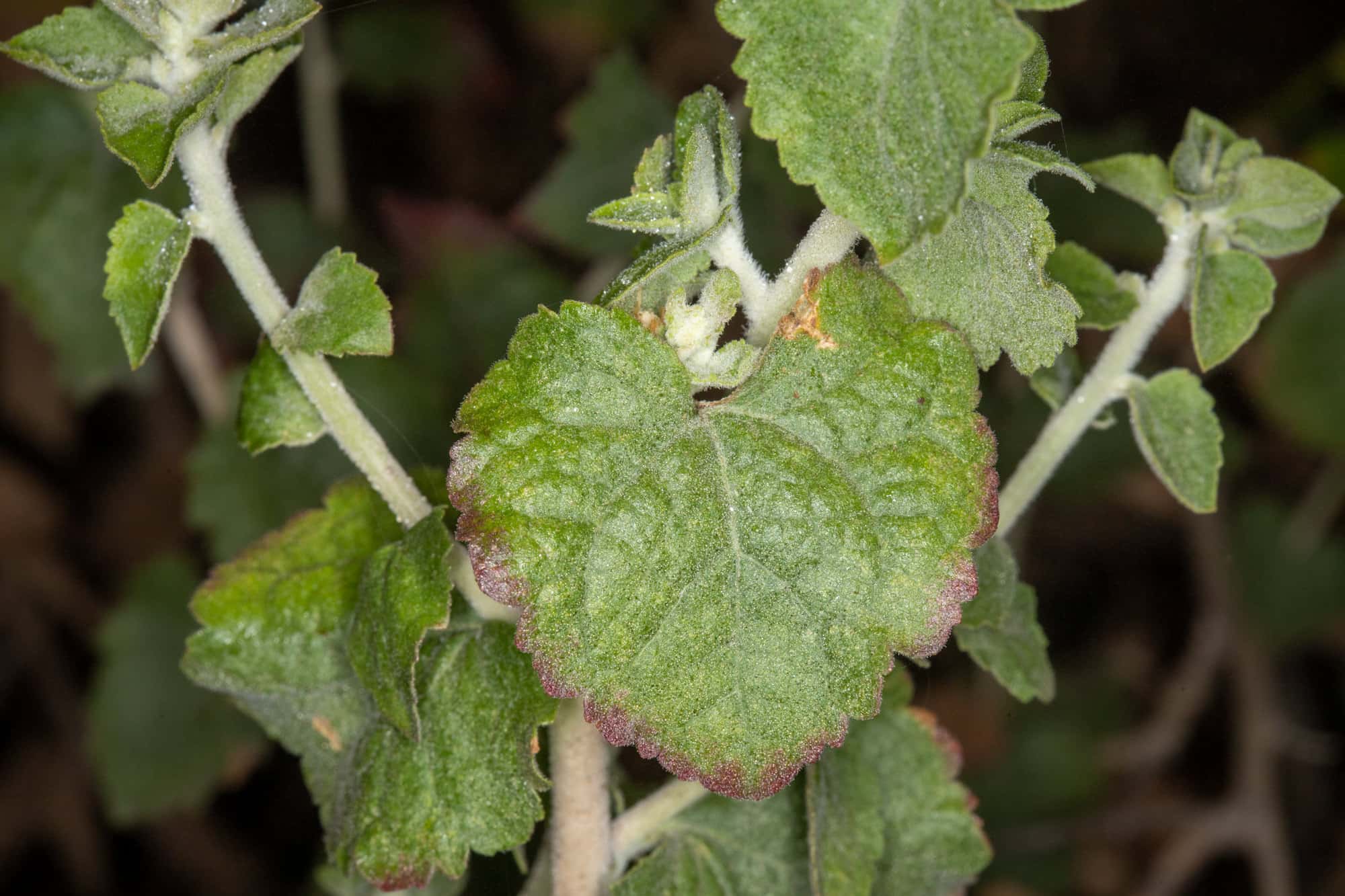 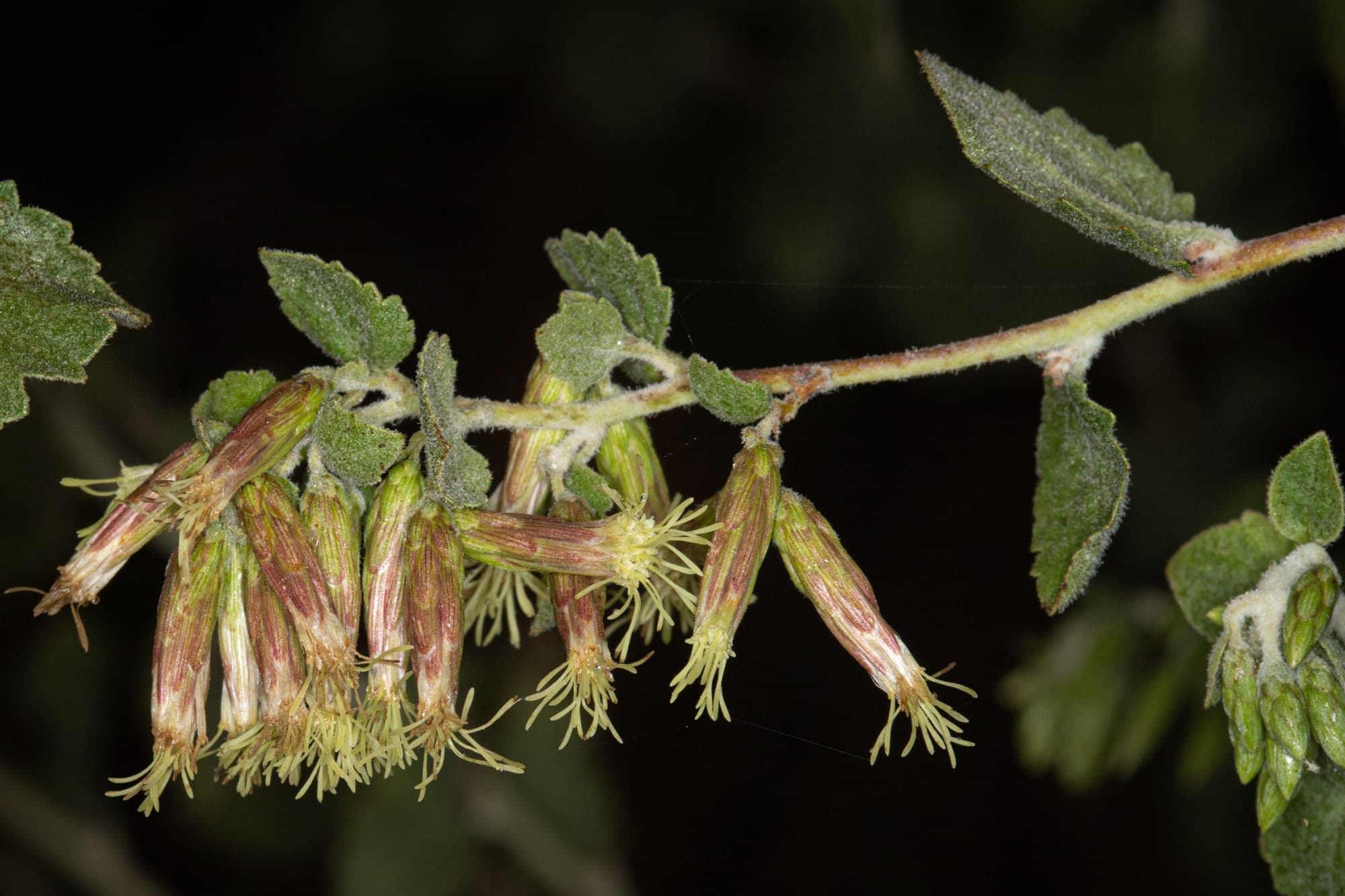 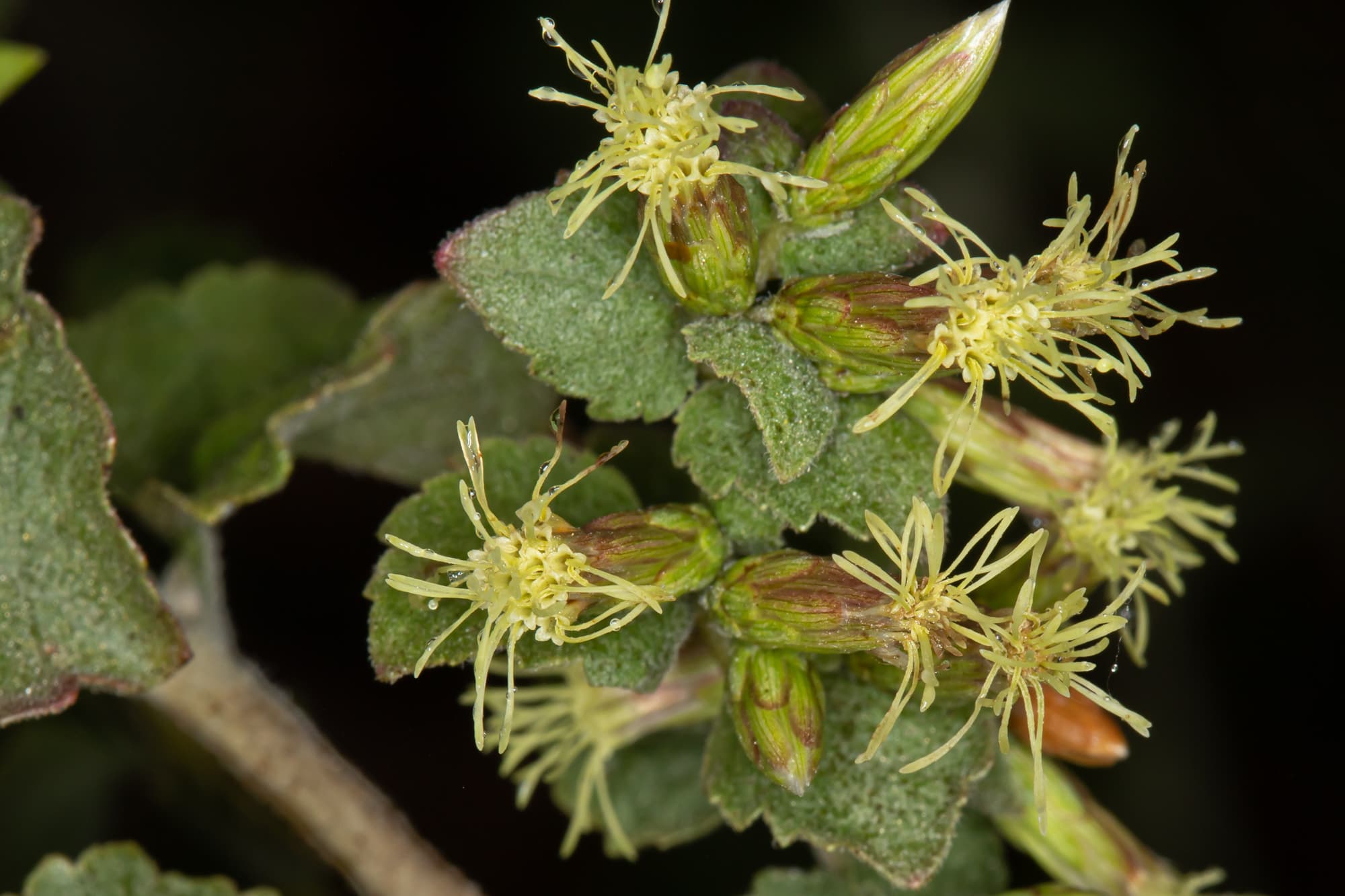 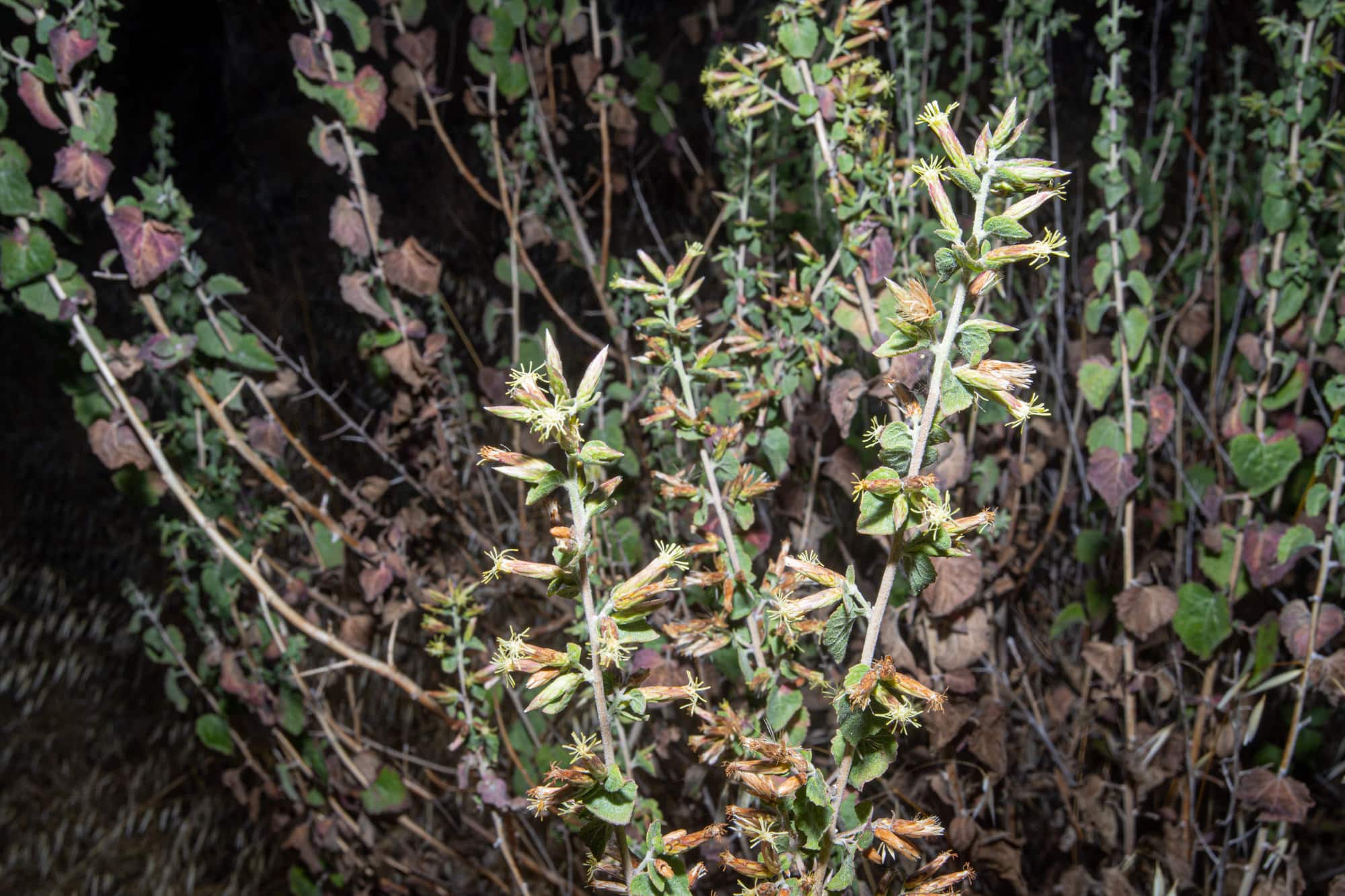 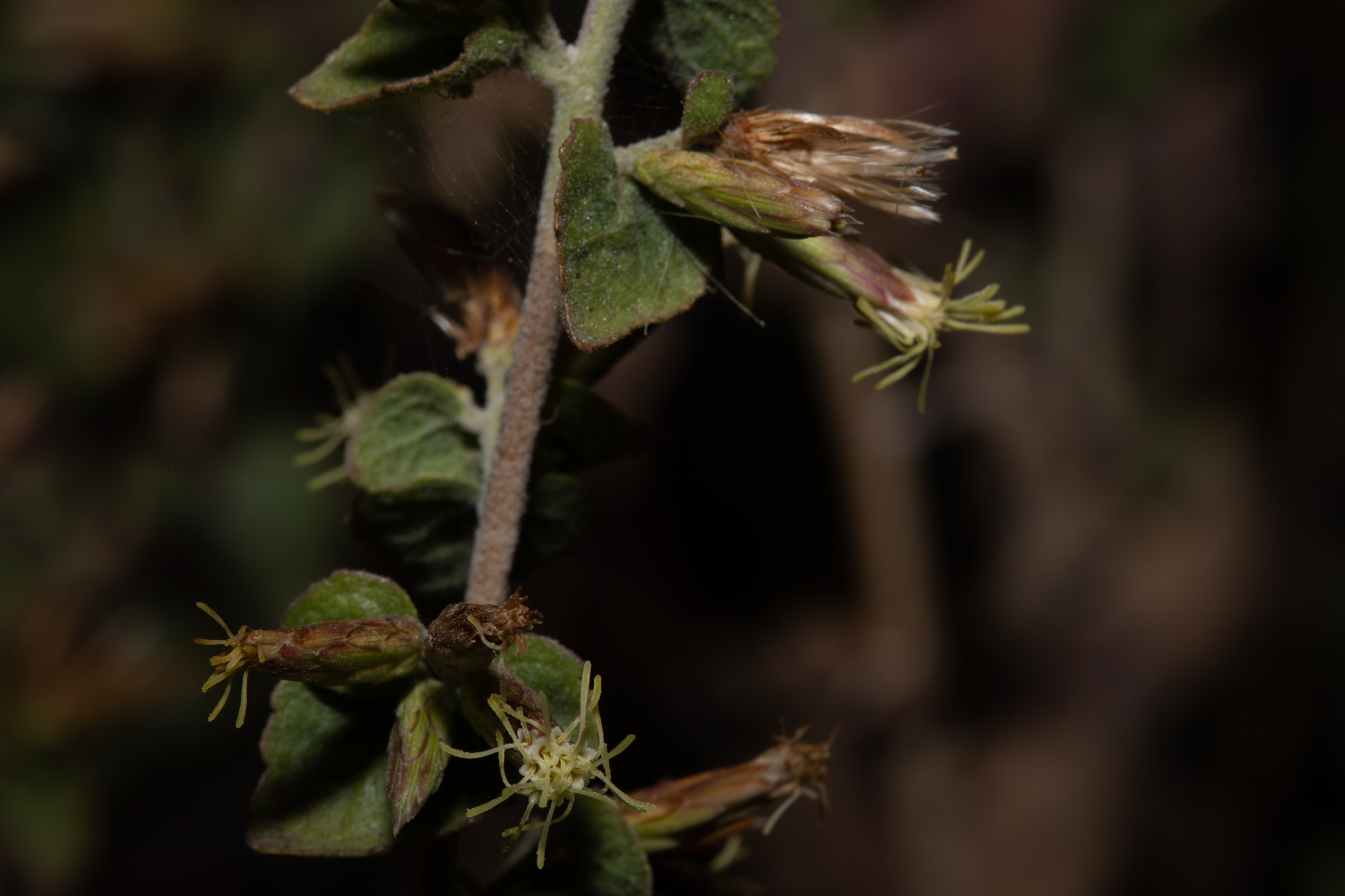 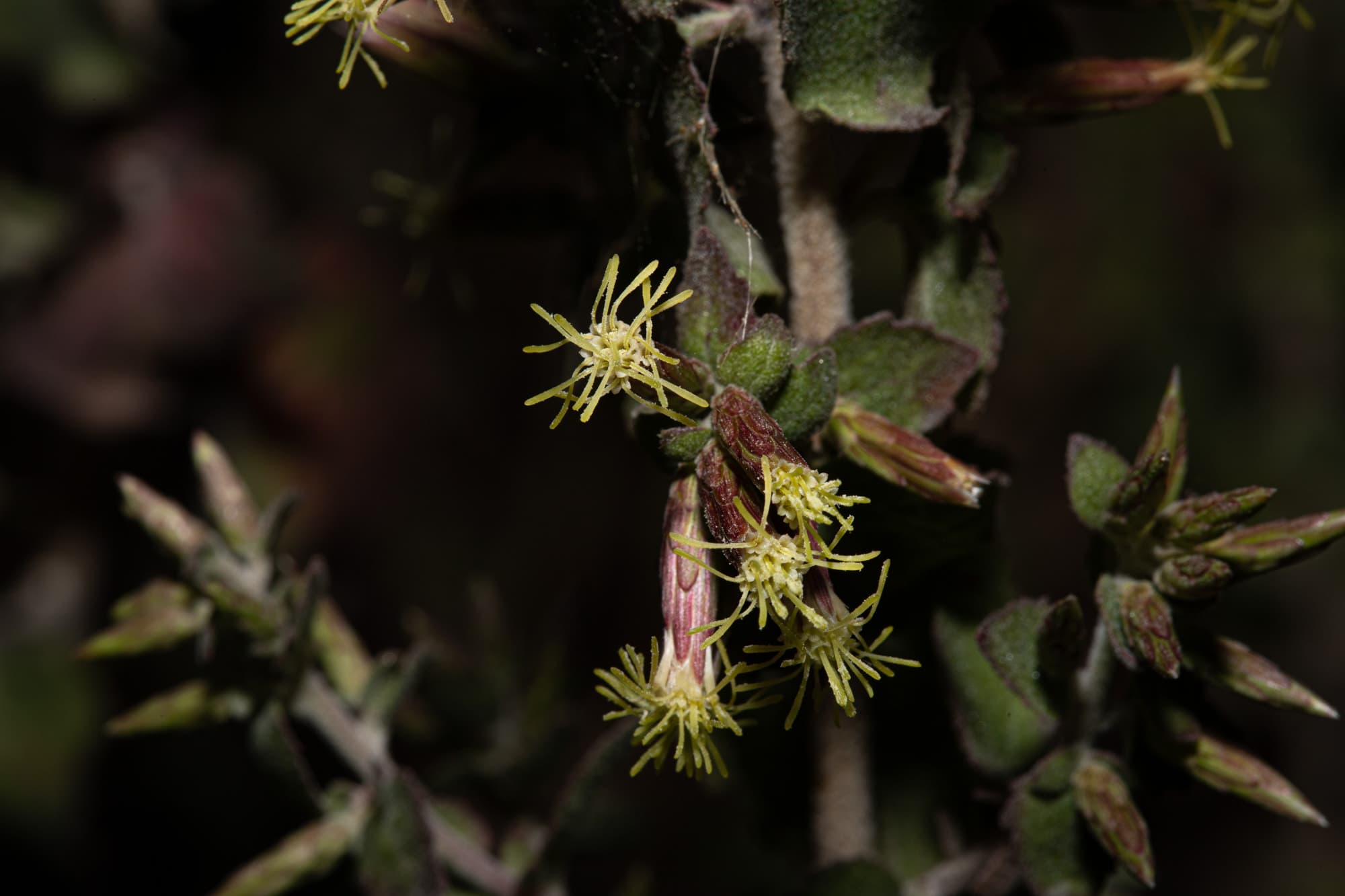 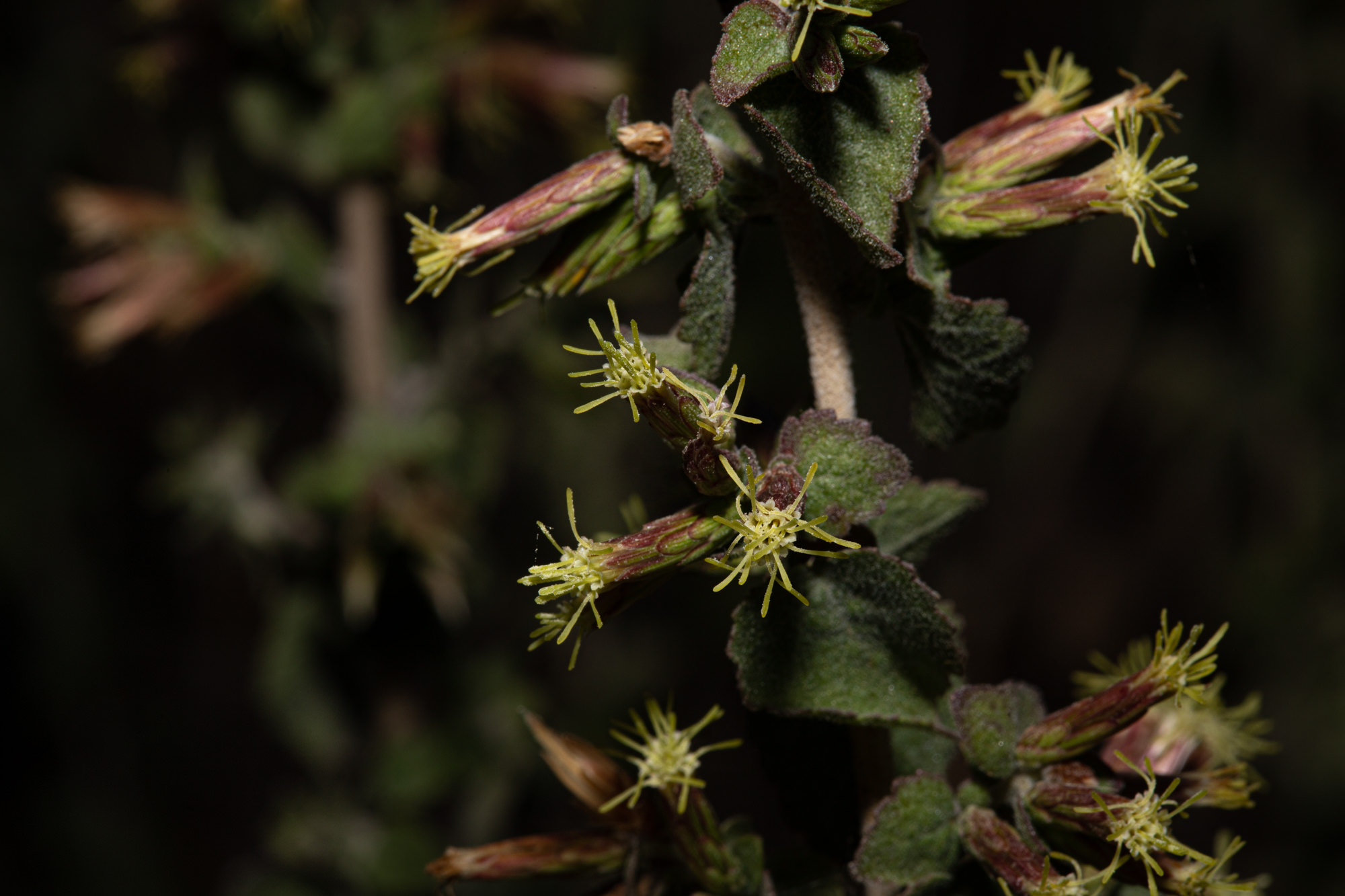 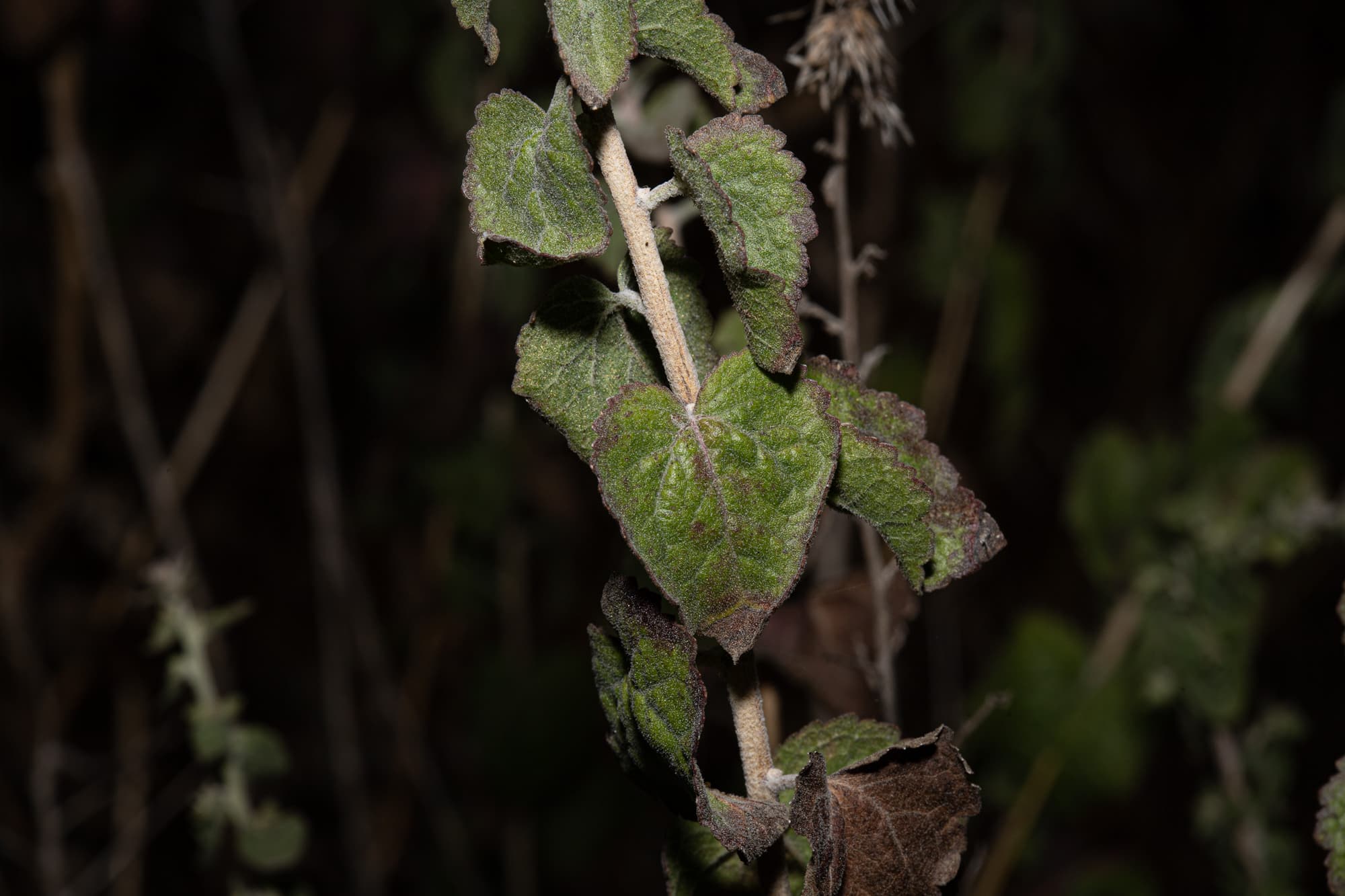 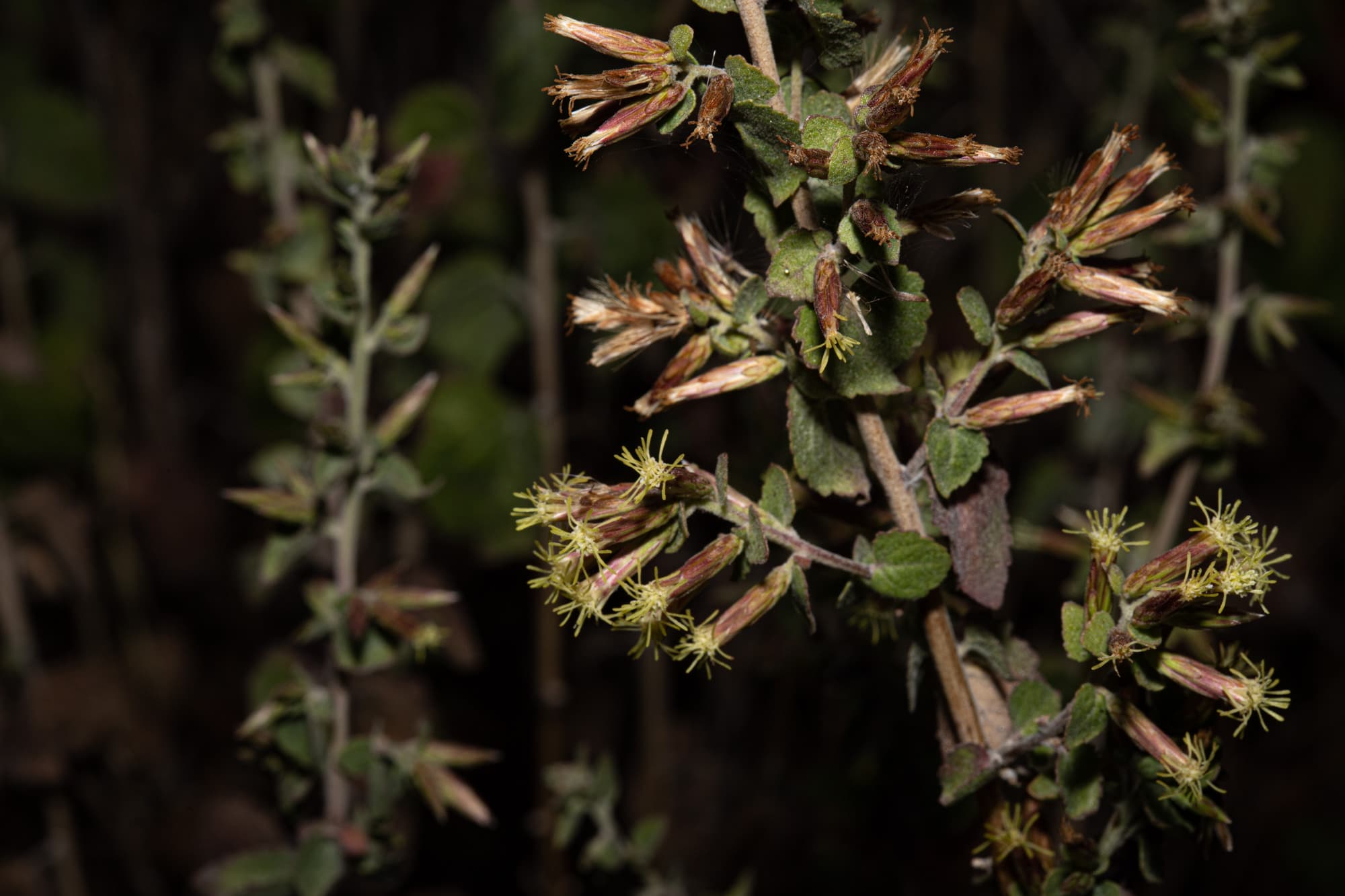 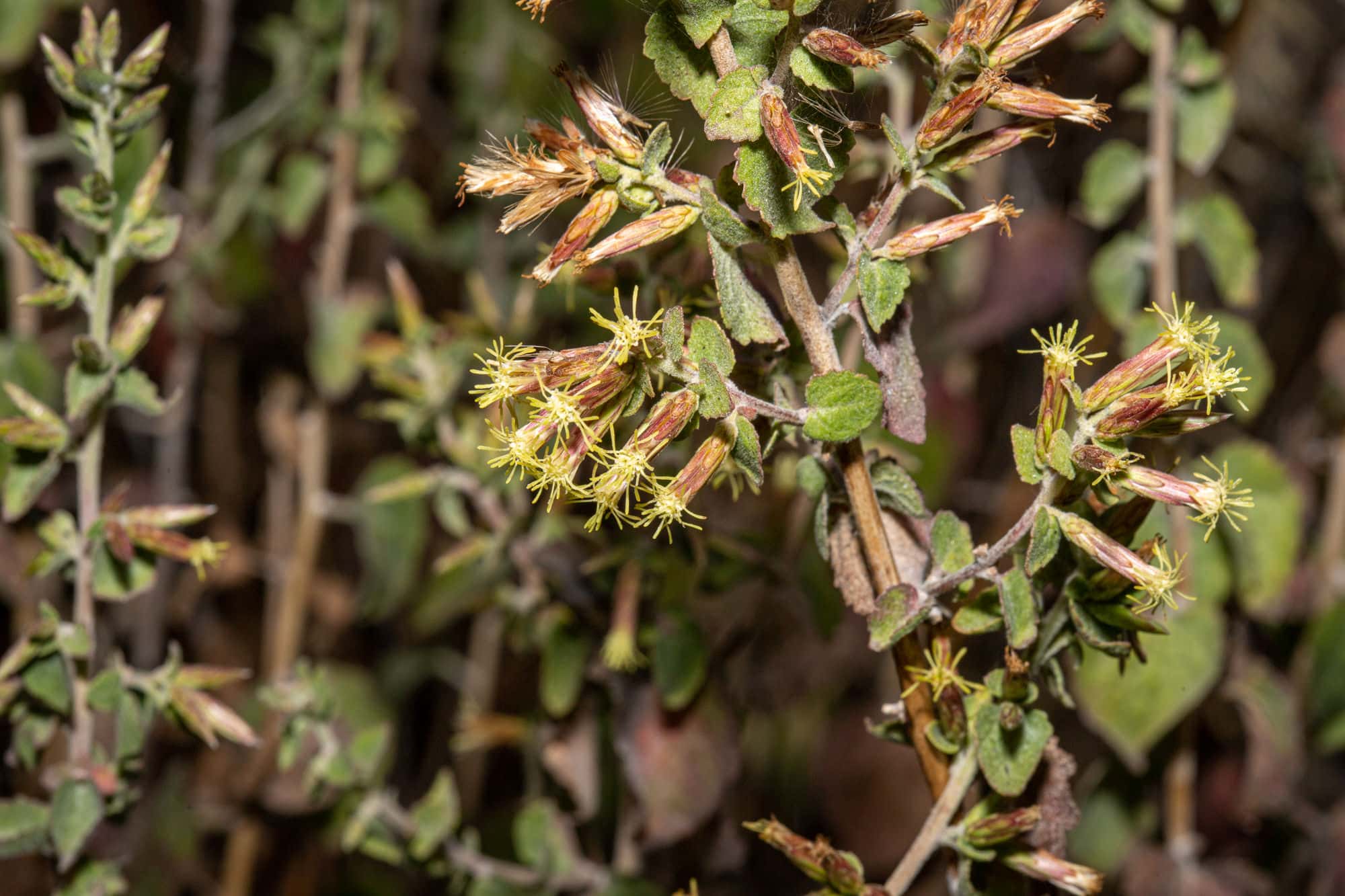 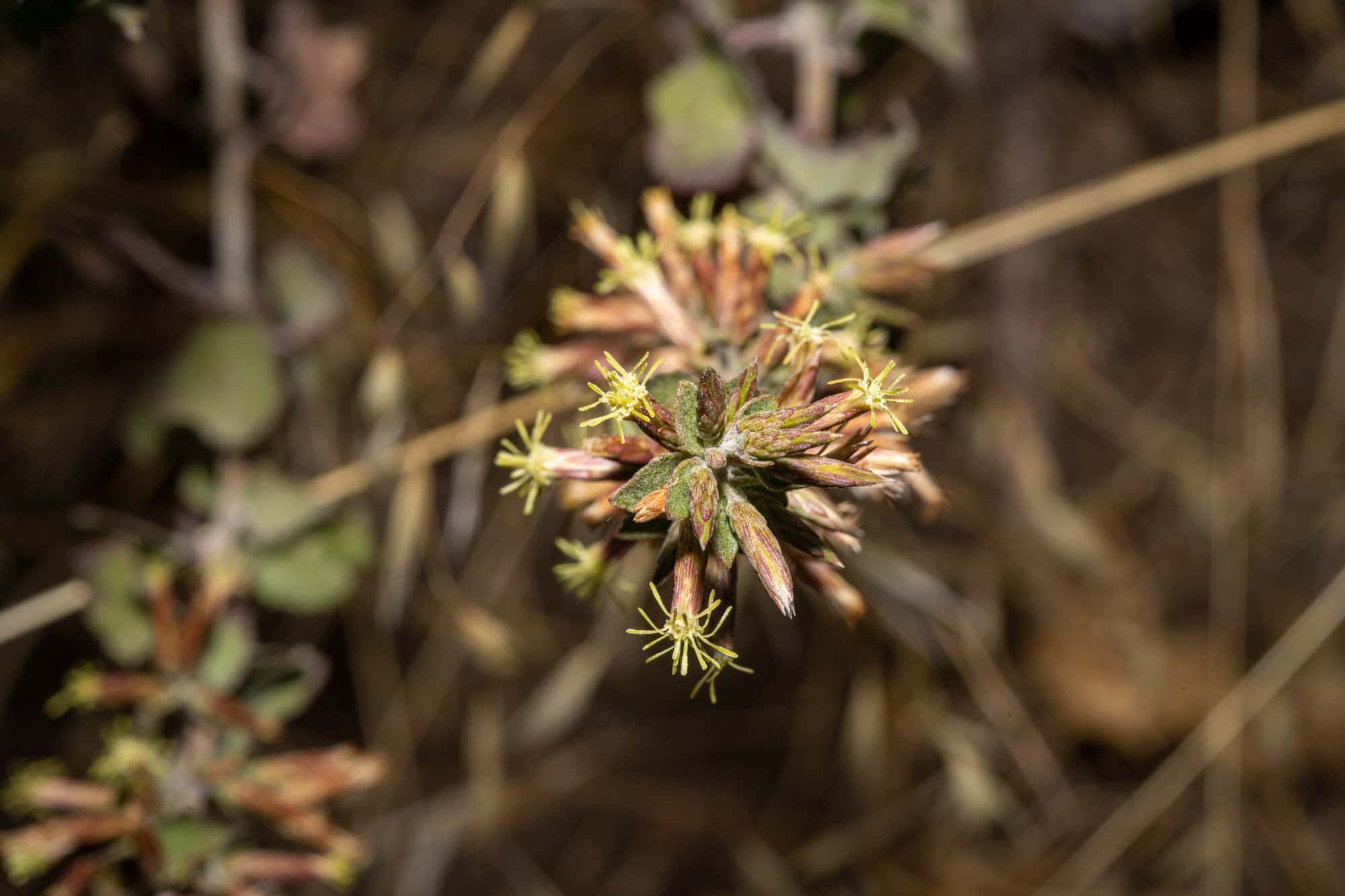 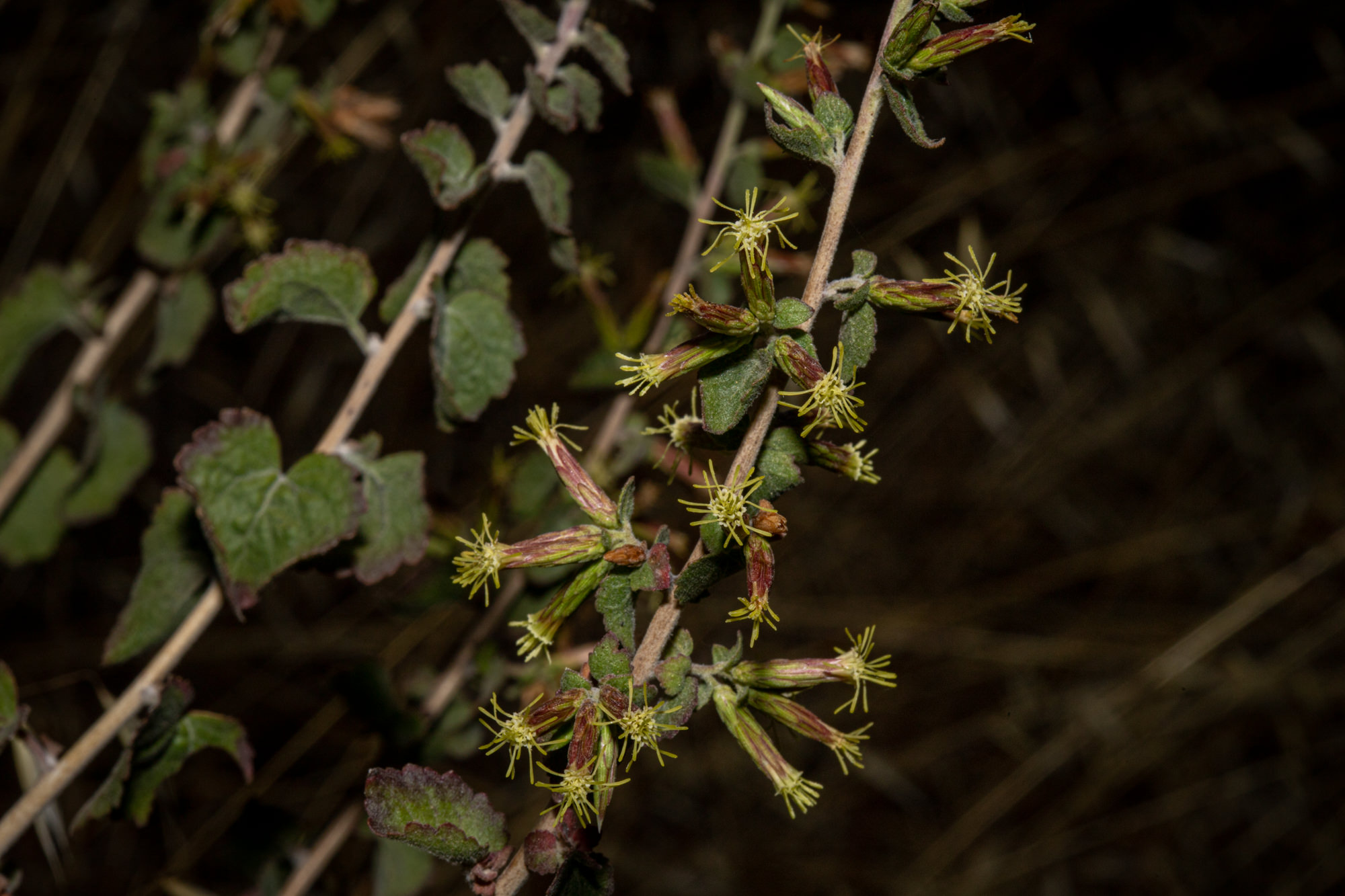 Plants like Brickellbush - Brickellia californica that bloom in the summer (in this case July to November) are the reason our pollinators can live year-round in the local mountains. The flowers on this nondescript shrub are not considered ‘eye-candy’ to most humans traveling past them — but attract a considerable amount of bees, moth & butterflies. California Brickellbush is an upright shrub typically growing no more than 60 inches (1.52 meters) from a woody base. Leaves are heart-shaped to oval with inconsistently scalloped margins. Flowers remind me of corn that has not been shucked with all the tassels protruding away from the base. Evening travelers may sense the delightful aroma that seems to diminish as one nears the source. This plant is native to California but is found throughout the West in a variety of niches ranging from chaparral and sage scrub.

“Flowers” of Asteraceae are made up of one or both of two types of flowers: symmetrical disk florets and strapped-shaped ray florets. These are crowded onto a common base (receptacle), and together are often assumed to be a single flower, which is called a flower head.

At first glance, these flowers are hard to distinguish from the rest of this somewhat drab shrub. I would bet you probably walked by this plant dozens of times without ever noticing that it has flowers. I have to admit after posting this article, I noticed a dozen or more of these plants that I have travelled by hundreds of times before! Learning names and facts about our native plants will change your outdoor experience for the better! Like many things, your initial impressions will be upended if you take the time to observe the flowers of this plant. Assuming you are interested I have included macro shots that will allow you to take in some often hidden details. Brickellia californica is an Aster — the flowerhead is composed of numerous florets (like apartments in an apartment building). A receptacle wrapped in green phyllaries (leaf-like structures) when the flower is born changes to brown after pollination. Each floret has two styles that extend significantly from the tube of 5 united petals. Pistils and anthers are contained inside the floret. This plant has disk flowers but not the ray flowers of other Aster family members. After pollination, the floret can appear messy as it falls away with its winged seed ready for dispersal via the winds.

Brickellbush increases the odds of pollination by having open flowers day and night. Butterflies hold down the day shift while flying insects take care of the night shift. The pleasant scent is like there for a reason — perhaps to direct the pollinating insects.

The lower leaves may be 4 inches (ca. 10 centimeters) in length. Leaf size decreases toward the top of the plant. Leaves and stems are covered with short hairs.

FACTOID: The Pale Green Pants by Dr. Seuss features this plant in one of its stanzas!

Uses by Native Americans - tea was made from the leaves for variety of concerns: fever, skin ailments and respiratory and stomach problems. Search the Internet for additional uses. I did not find any mention of the plant in Jan Timbrook's book but a search of enthnobotany sites described the above mentioned uses.

Brickellia: named for Dr. John Brickell (1749-1809), early naturalist and physician of Georgia who came to the U.S. in 1770 from Ireland. The genus Brickellia was named for him by Stephen Elliott (1771-1830), a professor of botany in Georgia.