Plant of the Month - California Everlasting 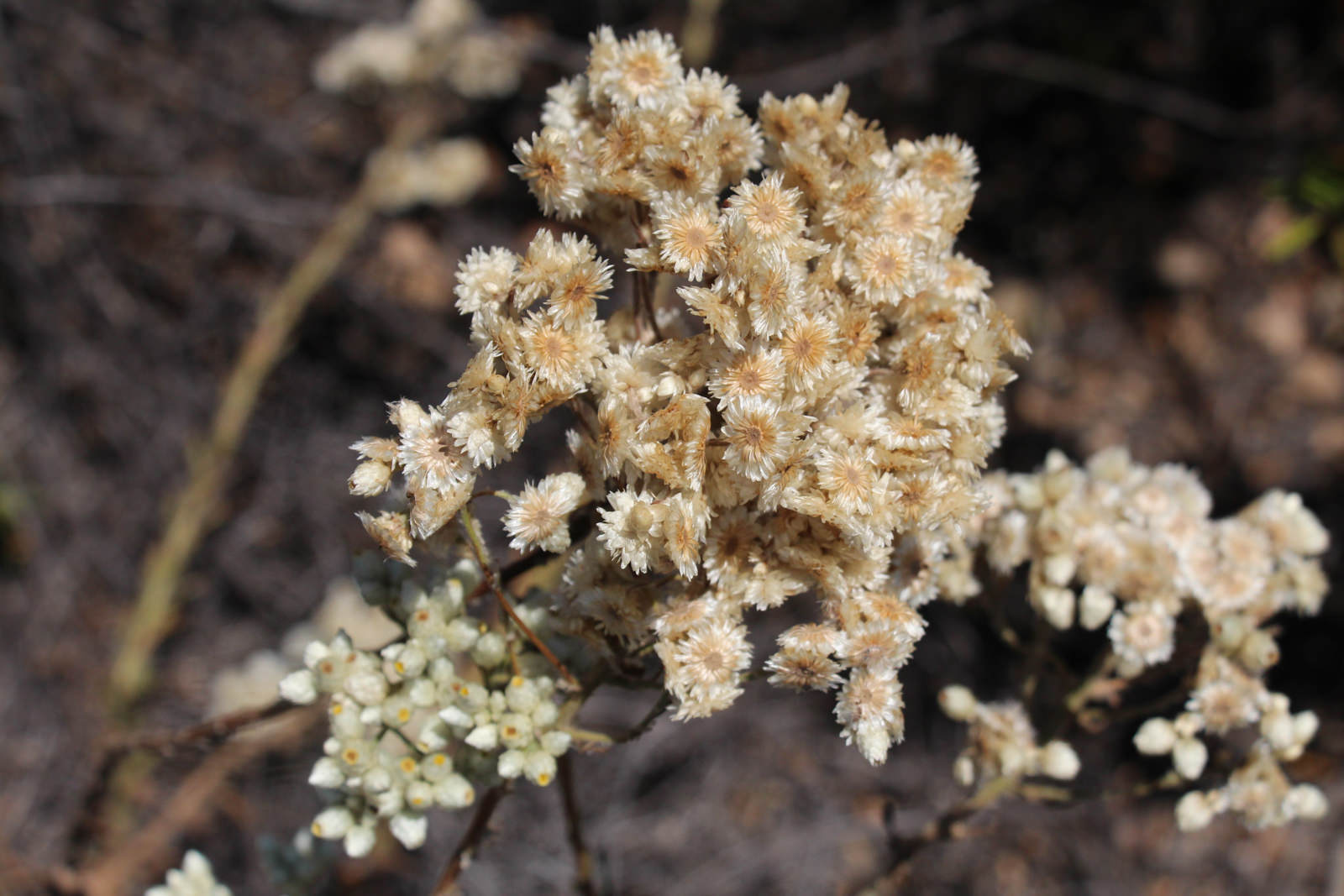 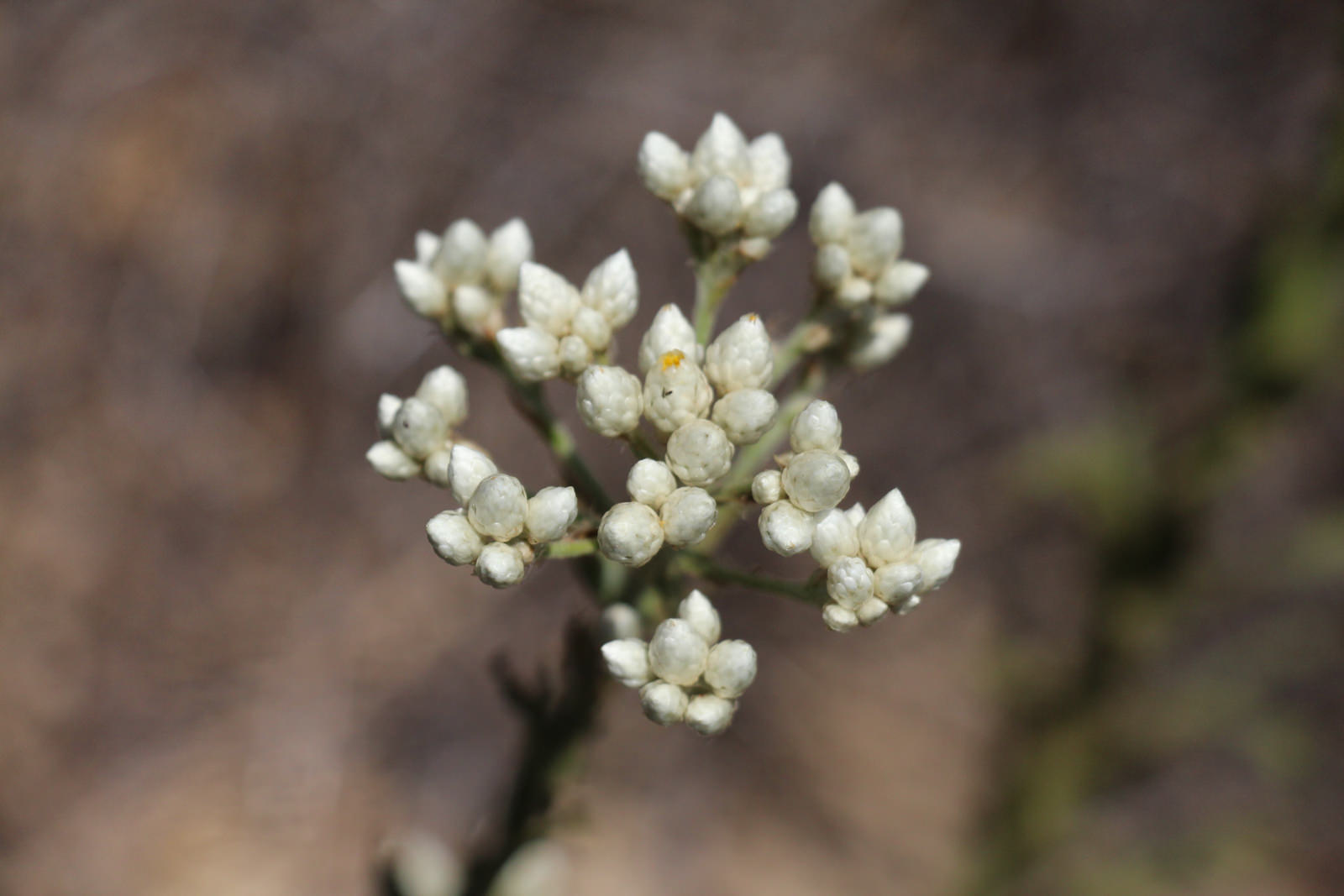 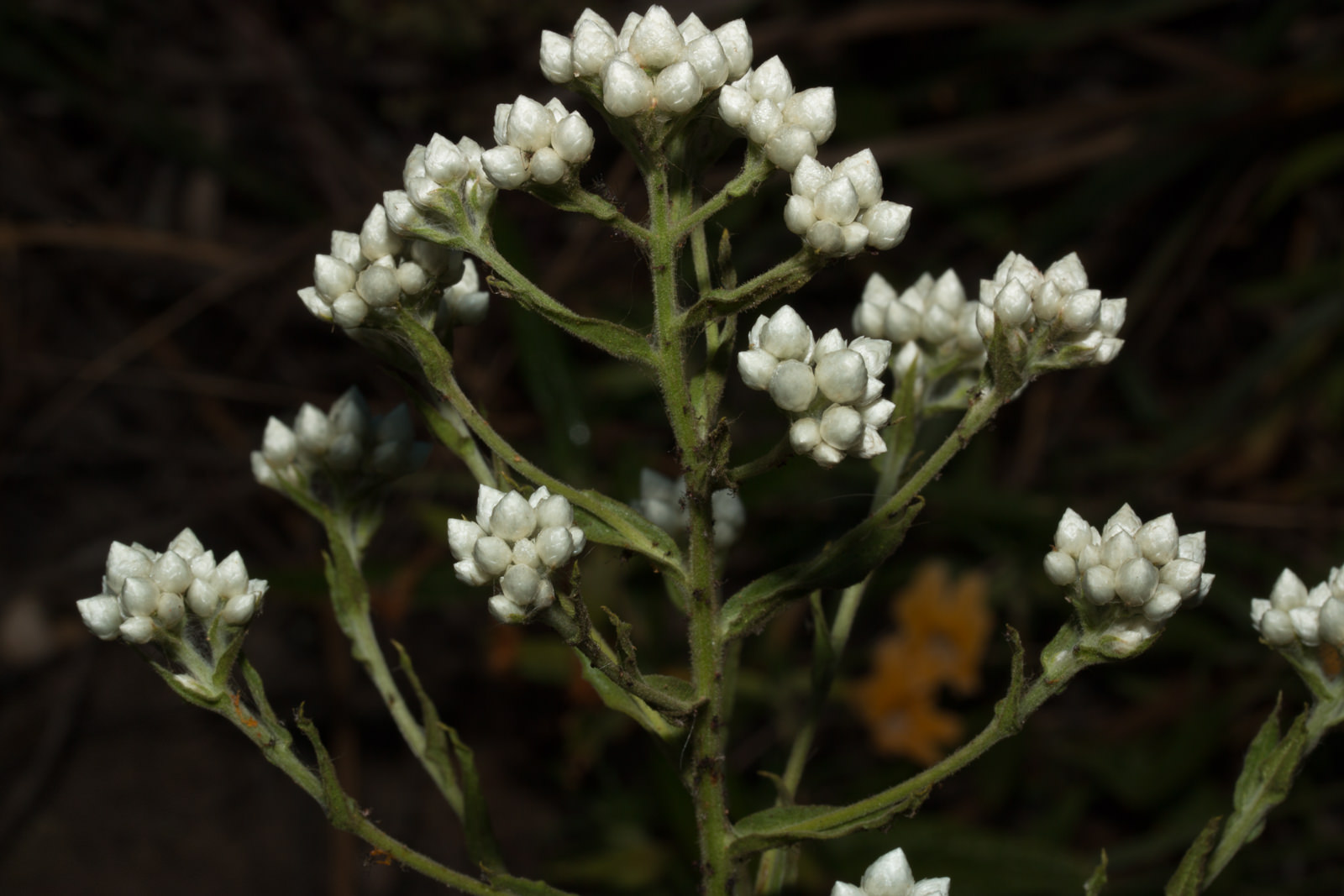 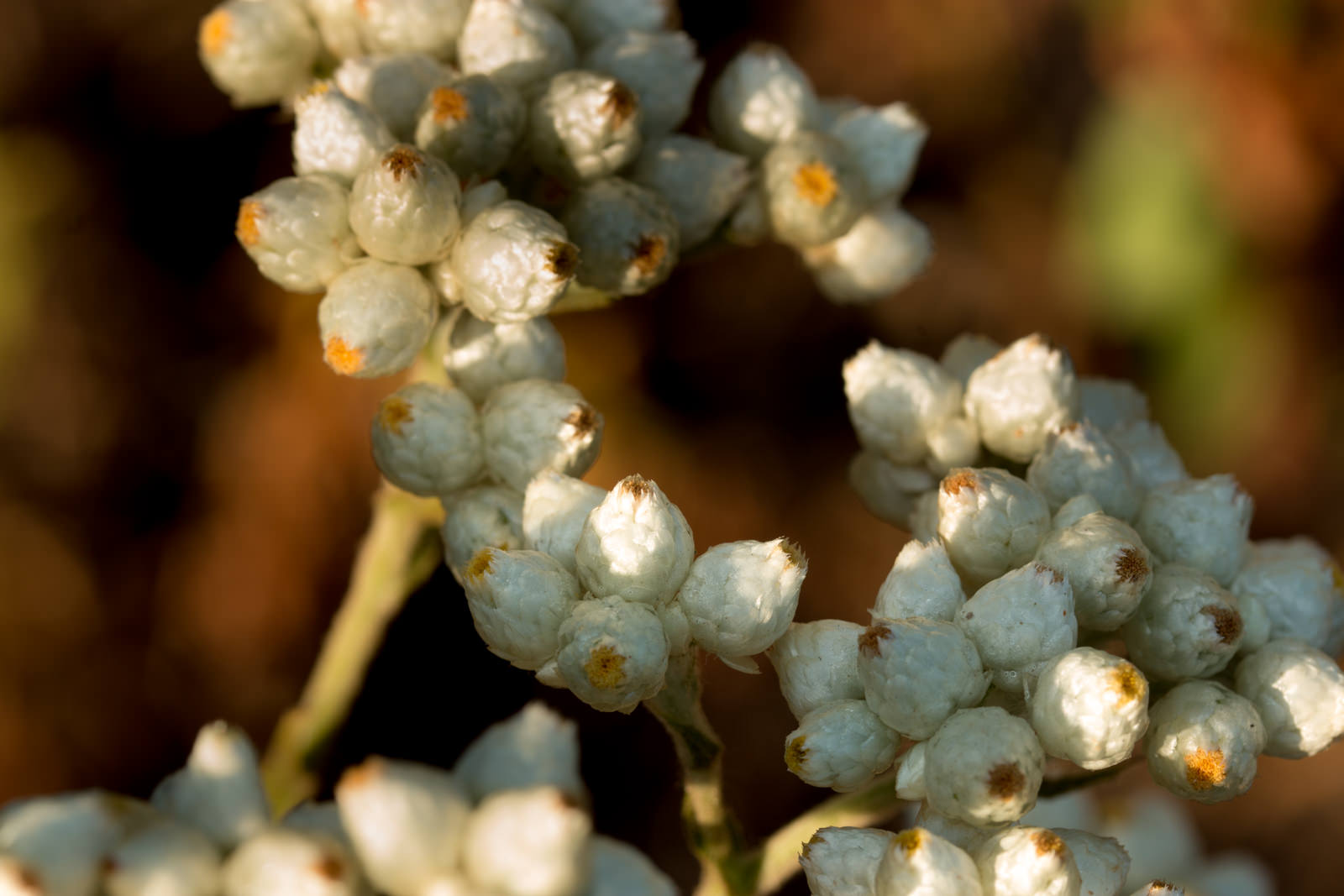 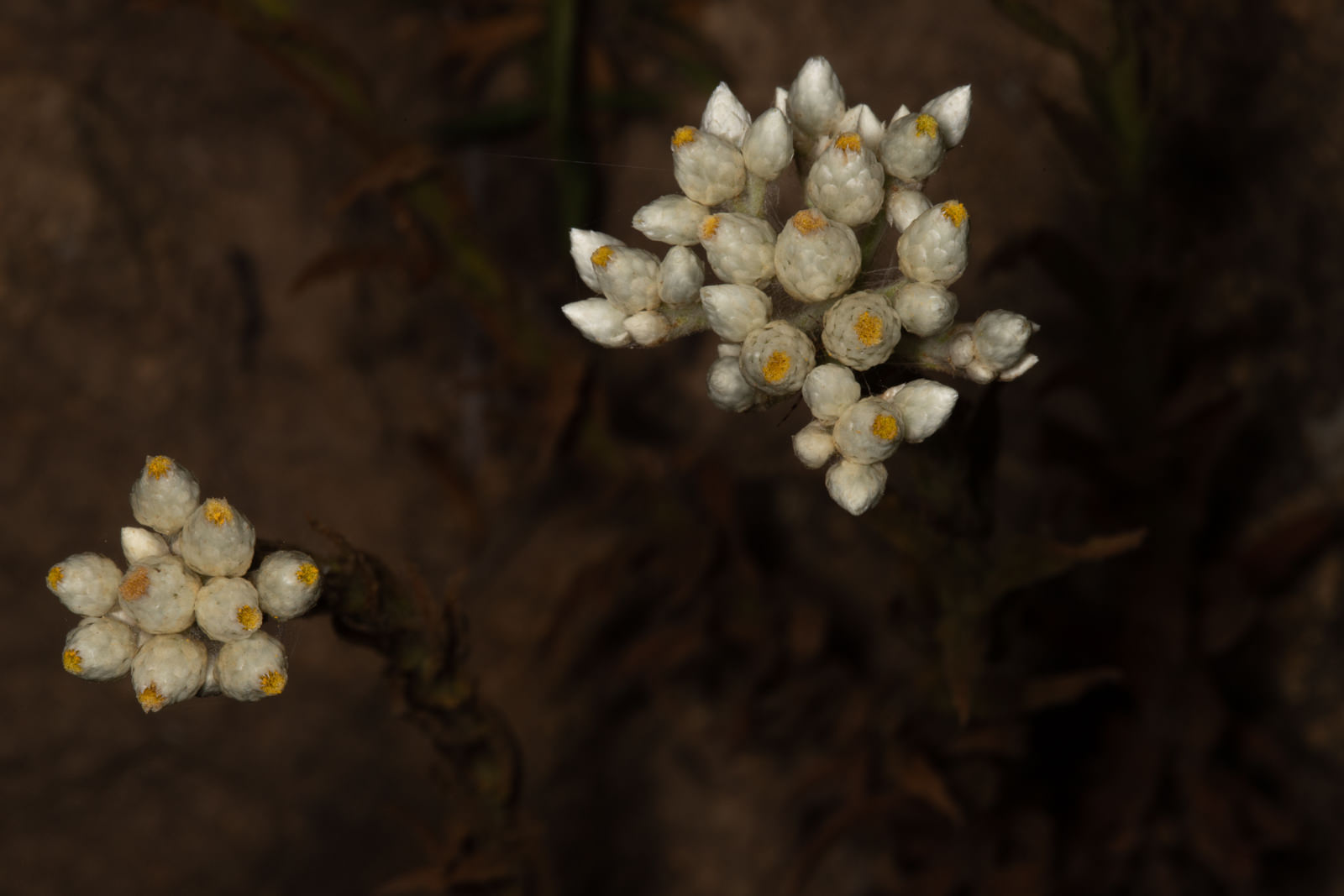 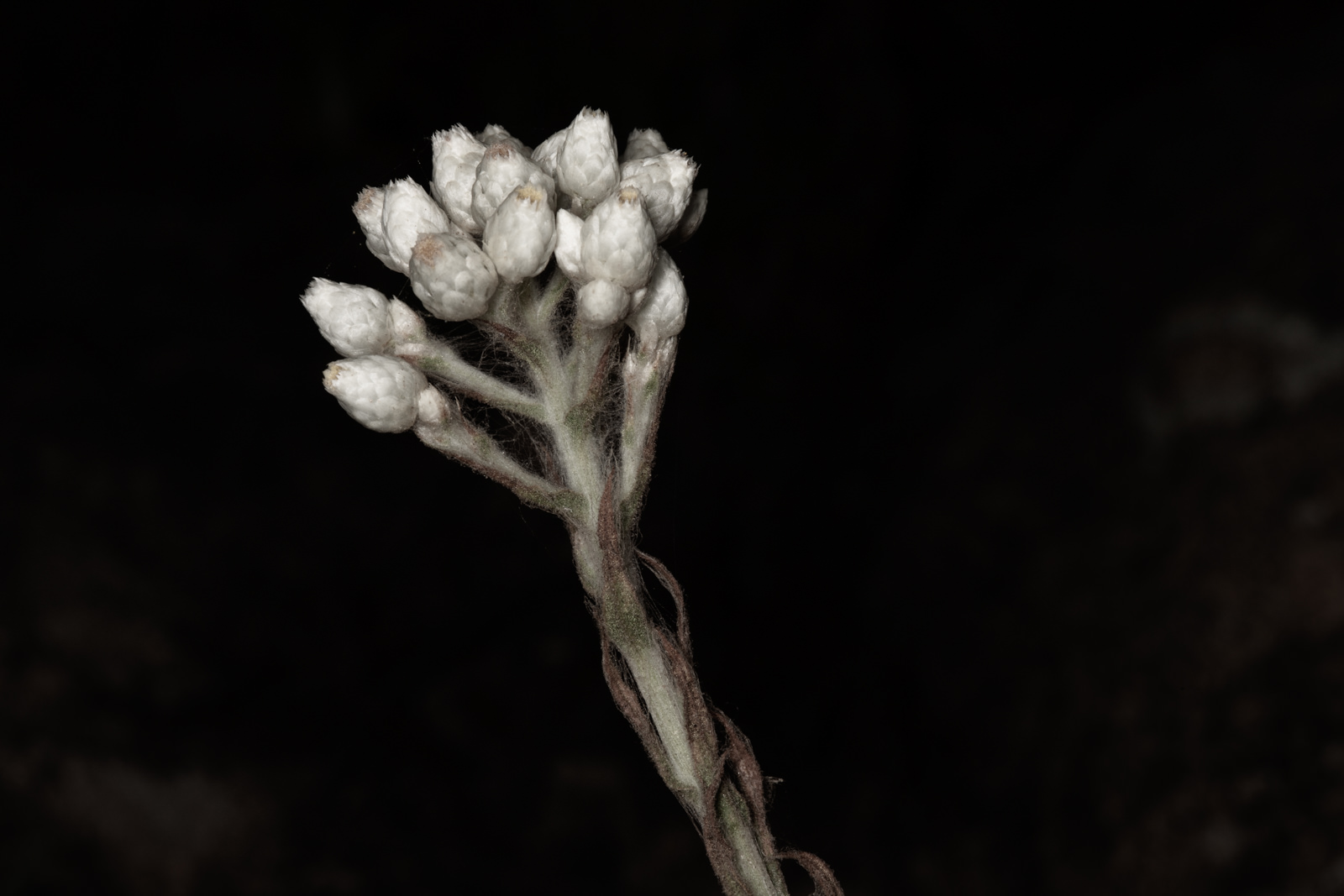 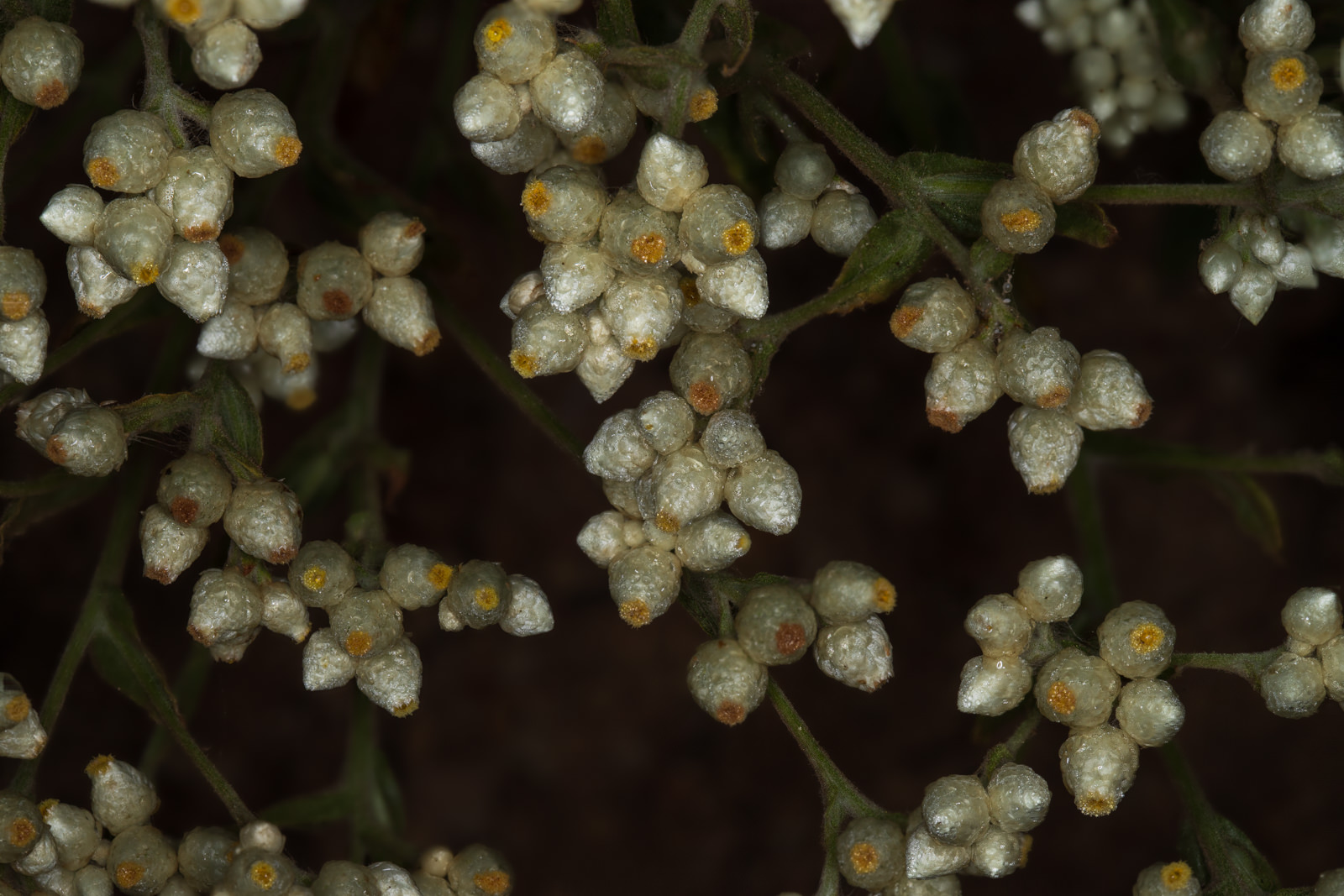 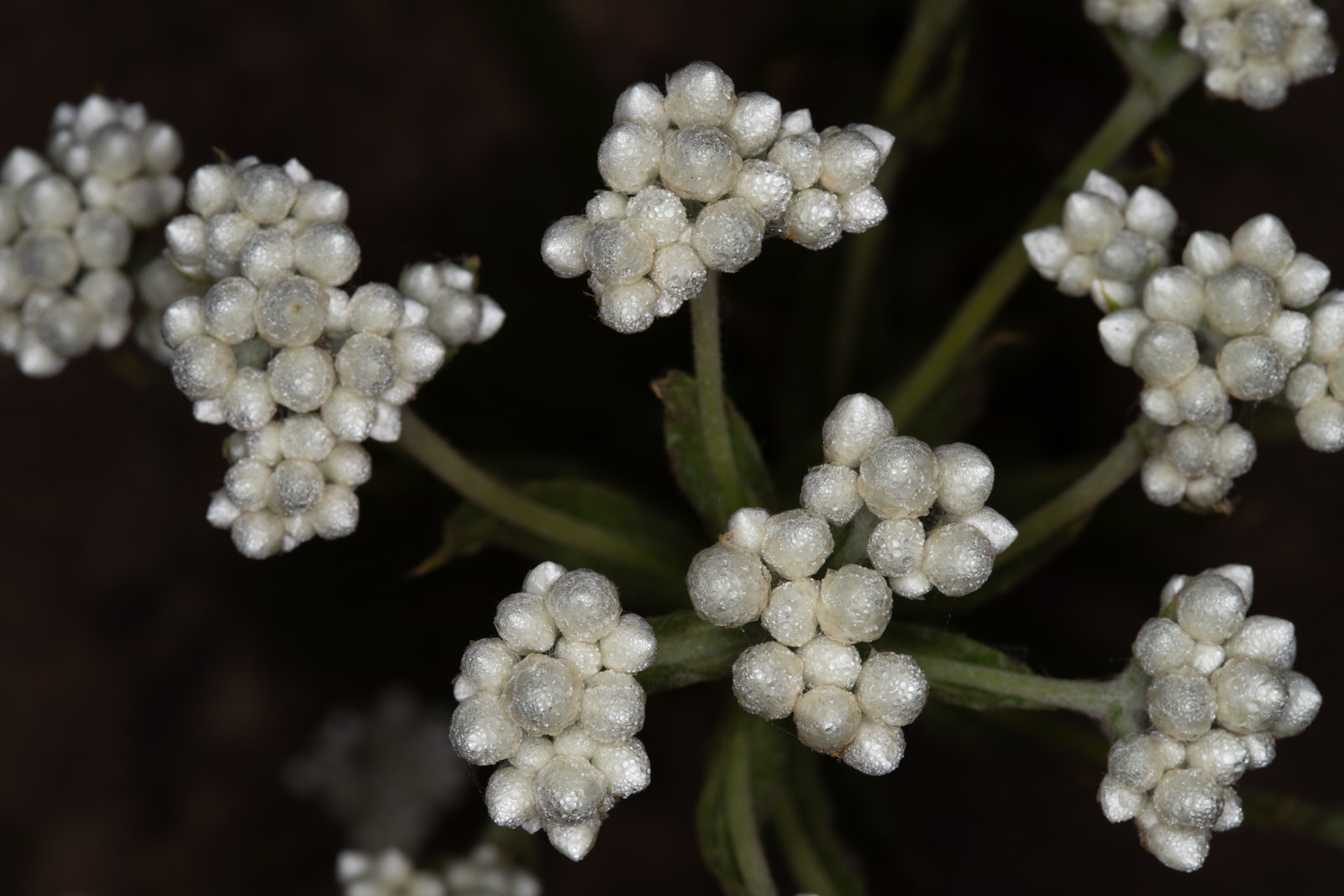 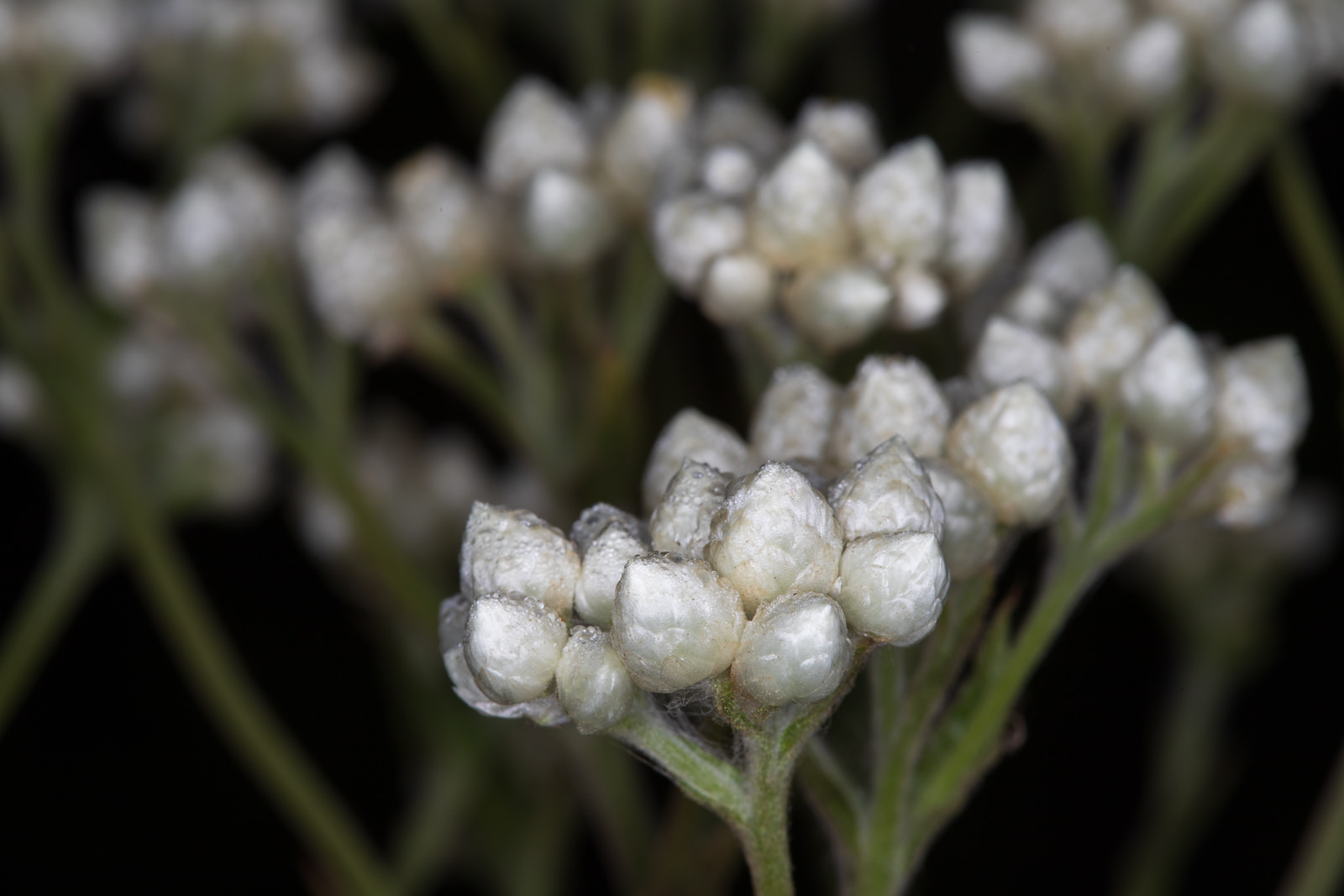 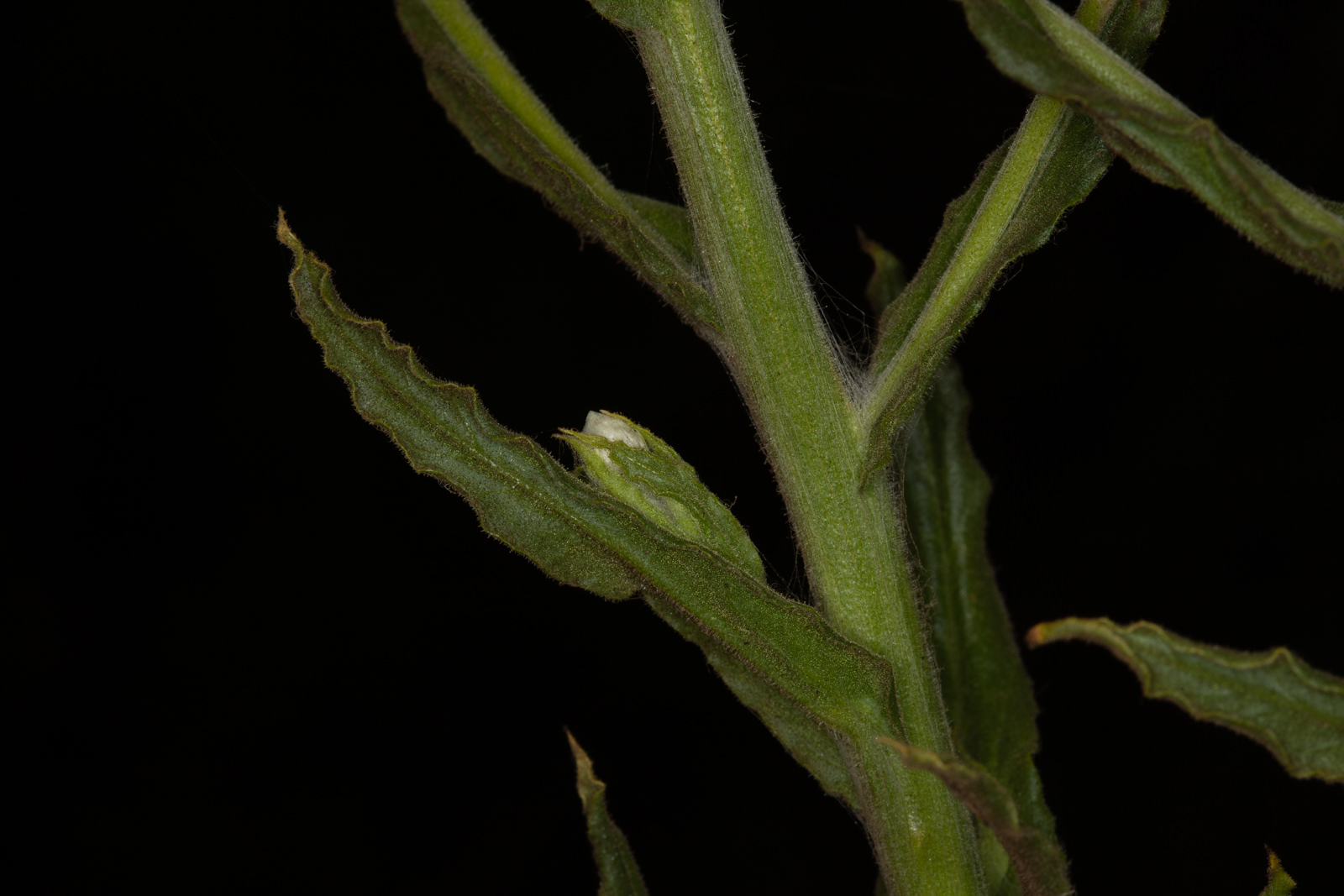 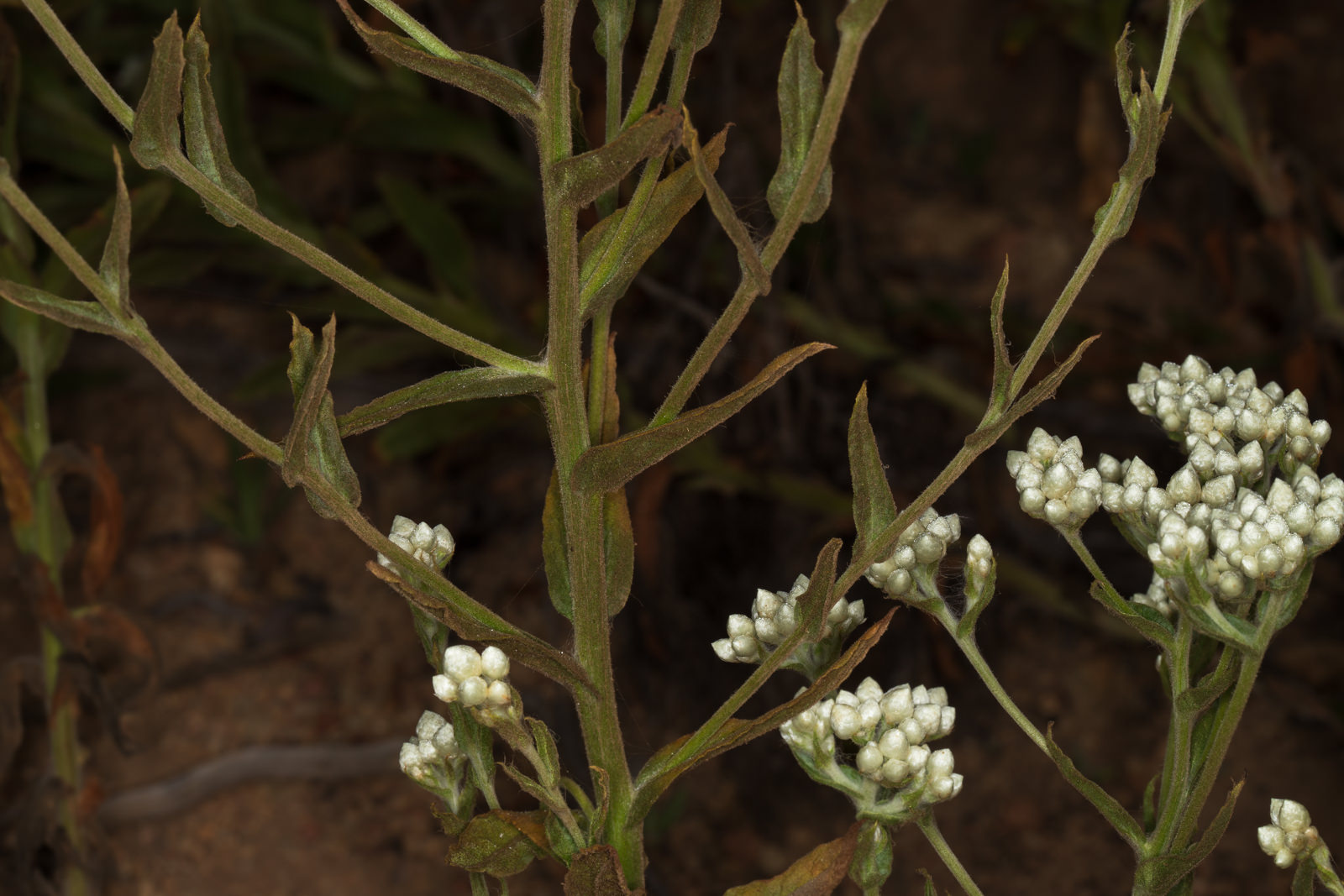 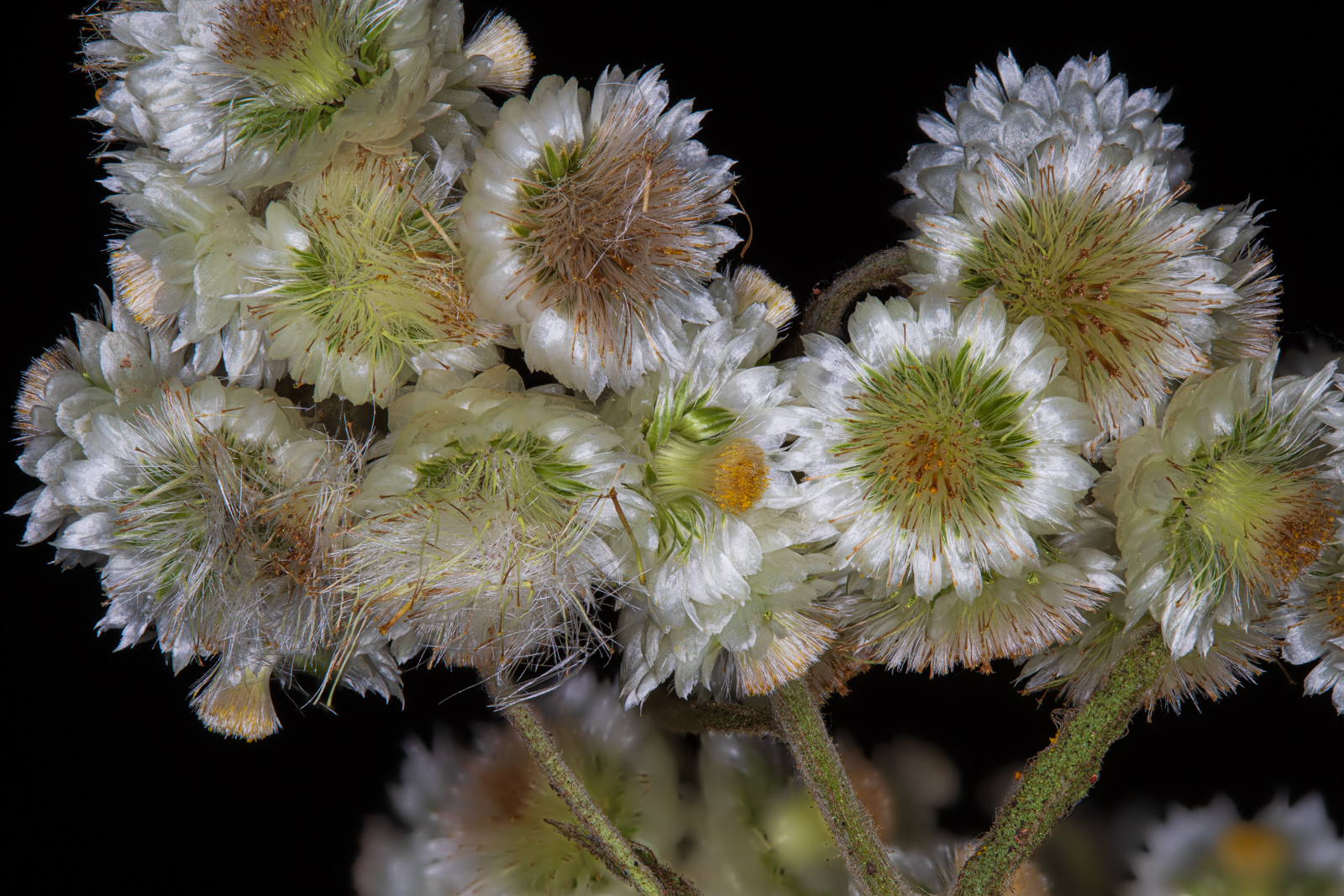 California Everlasting or Pseudognaphalium californium is a flower you are likely to see at the edge of the trail when moving through areas classified as sage scrub. During the heat of summer a delightful scent is released from the drying leaves. Some say it smells like maple syrup. This is one plant you can introduce to others and it is likely that they will remember it because of that aroma. The plant can be annual, biennial or a short lived perennial depending on local conditions. California Everlasting will become dormant during the summer and wait for the next rains to perk up its above ground appearance. This plant has composite flowers - what appears to be one flower is in actuality a cluster of many smaller flowers.

The inflorescence (flower head) looks odd because it lacks the ray flowers typical of the Sunflower family. Clusters flower heads (ranging from 3 to 8) are made up of mostly a yellow spot of disk florets surrounded by an urn-shaped involucre. The white part of the flower head you see are not petals but phyllaries (individual bracts) that protect the disk florets. You would need a magnifying glass to observe that there are more than 100 disk florets of two types - one is bisexual and the other lacking stamens. The plant uses the wind to disperse the seeds. The involucre remains the plant long after the flowers have done their job. The phyllaries fade in color over time to become the color of dried flowers. The dried remains appear to be flowers and have fooled plenty of people into thinking they were an actual flower including the author. Late in the summer these dried “flowers” remain, possibly hinting at the the plant’s common name, everlasting.

Alluding to the fact that you are more likely to see this plant at the edge of the trail - this plant thrives in disturbed soils and is considered a pioneering species. Compacted soil stripped of vegetation - sounds like what happens when a trail is built and then maintained. This plant has an ability to begin the process of making the soil more friendly to plants by growing in soils that deter other plants.

Name Origin:Pseudognaphalium: literally false Gnaphalium, this is the new genus name for several species of Gnaphalium, and refers to a superficial resemblance to genus Gnaphalium which is derived from the Greek gnaphalon, "a lock of wool," describing these plants as floccose-woolly. The genus Gnaphalium was published in 1753 by Carl Linnaeus.