Plant of the Month - Castor Bean 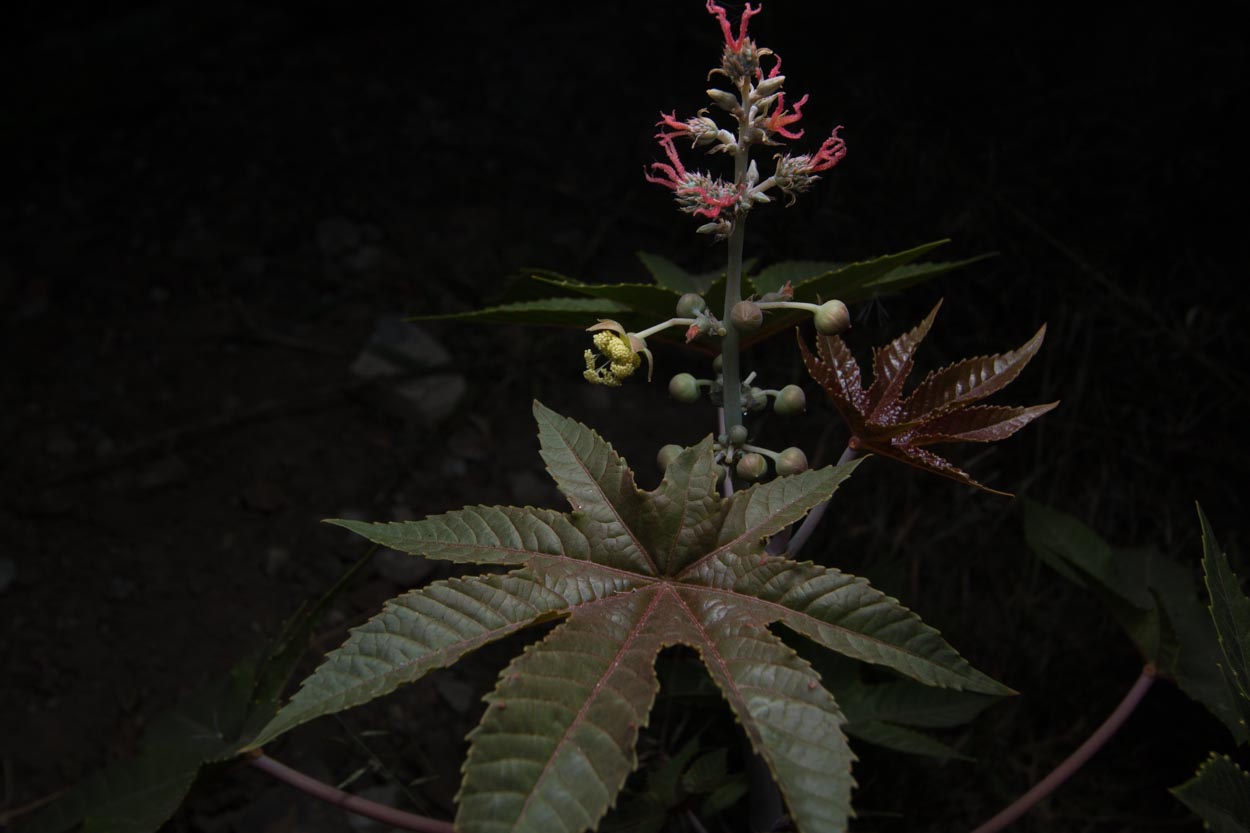 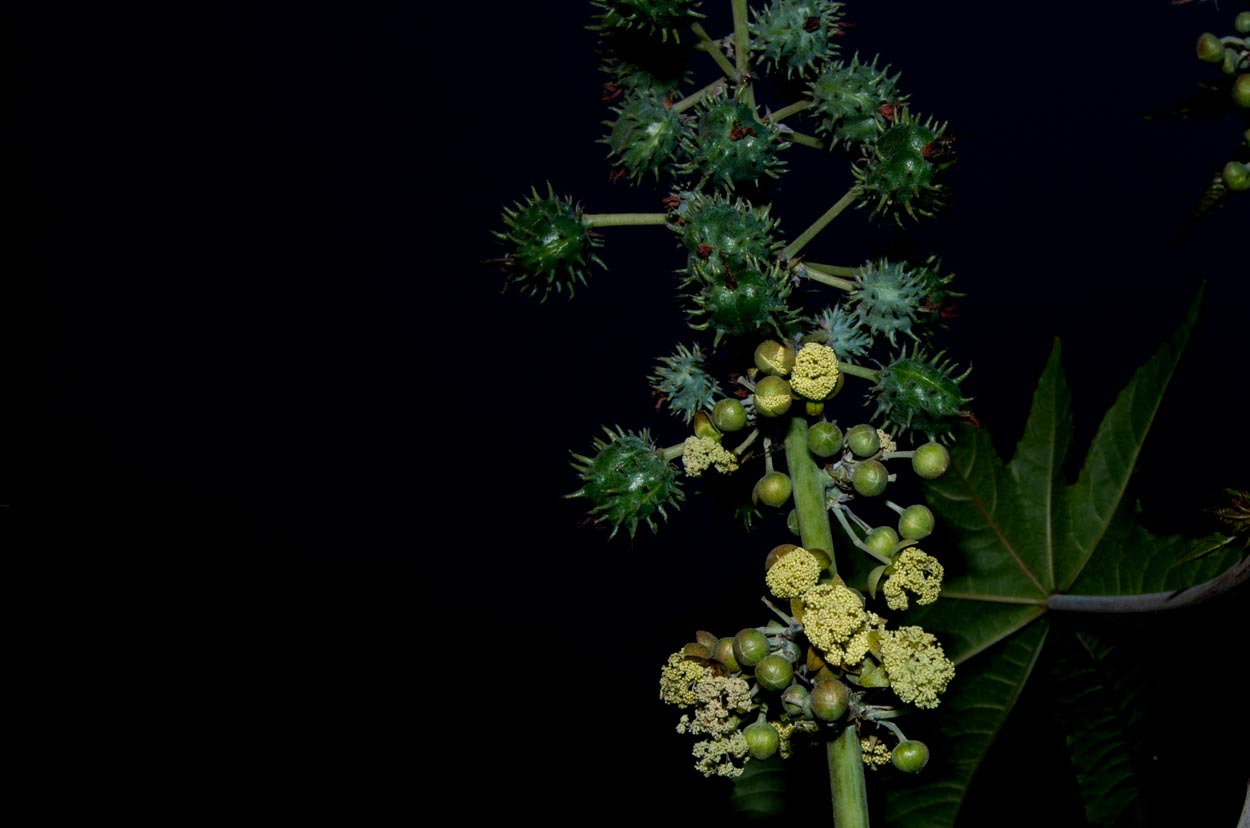 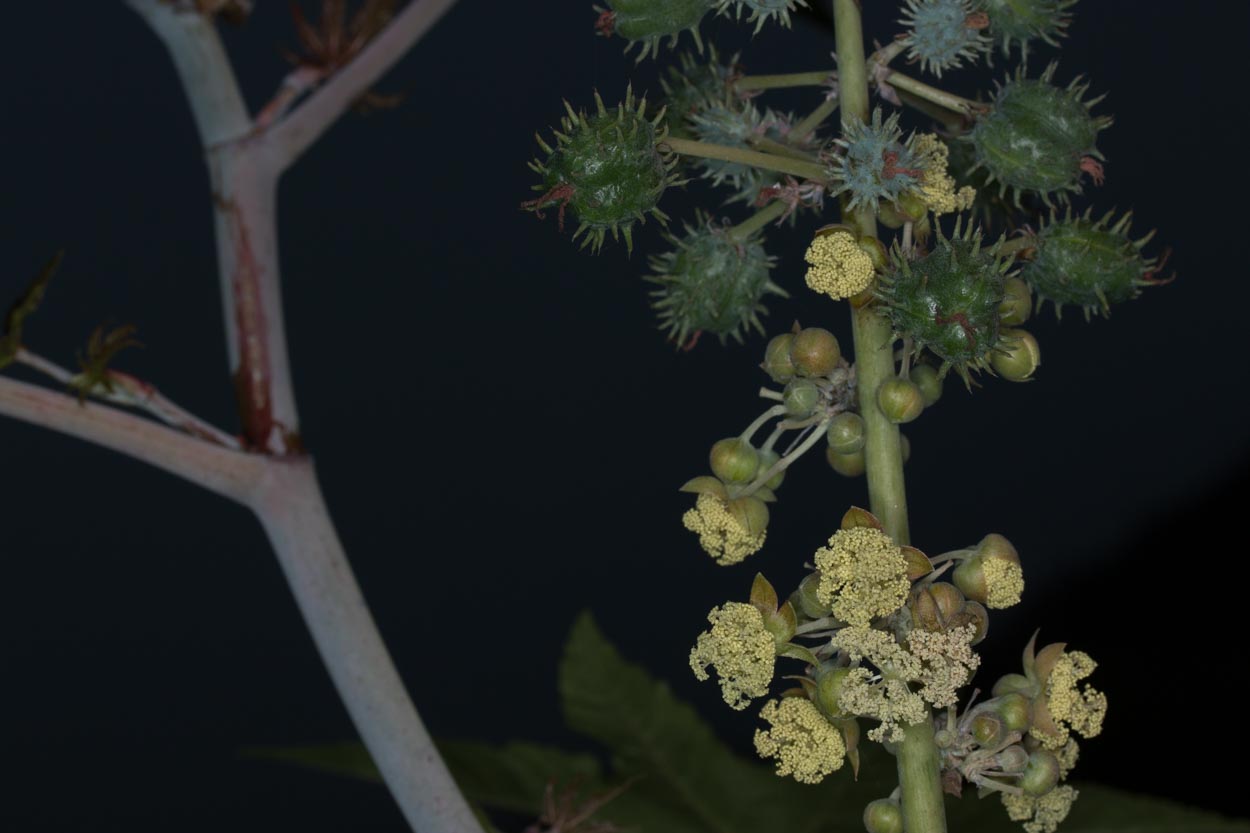 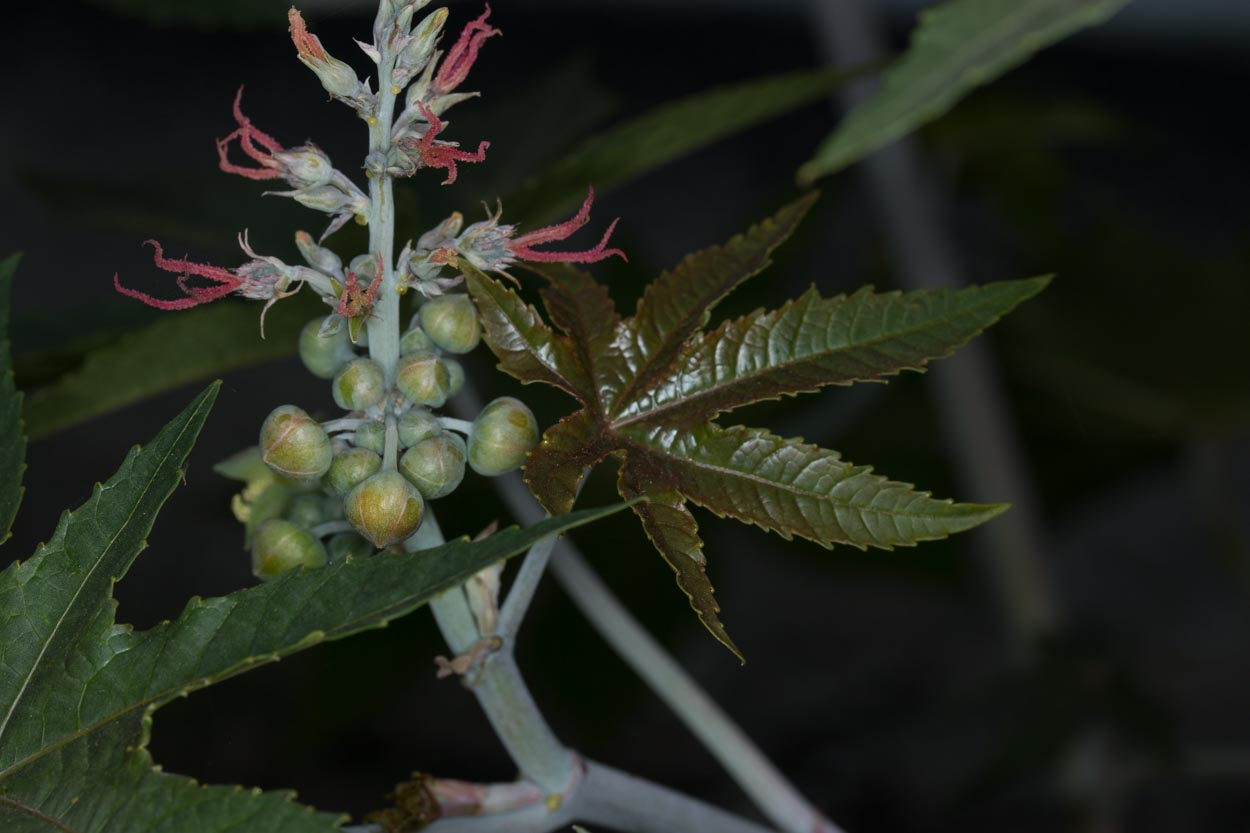 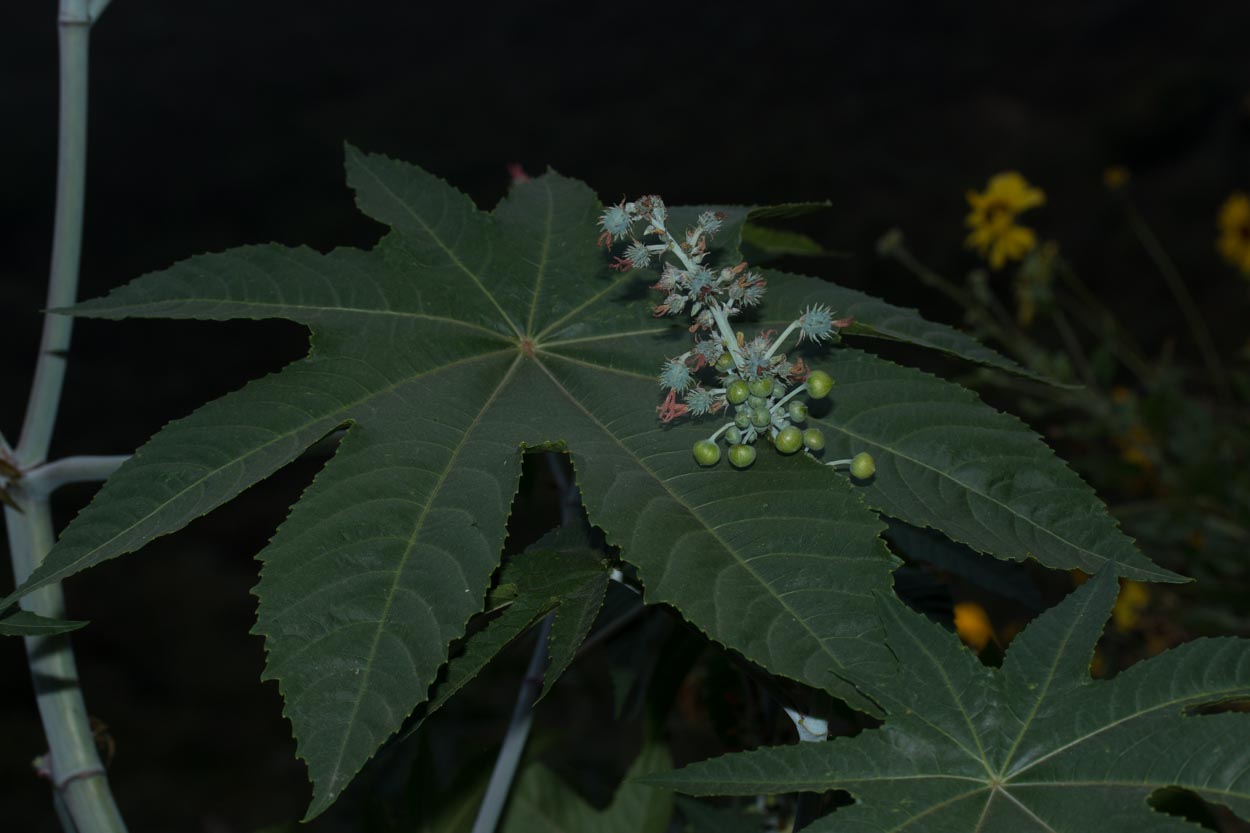 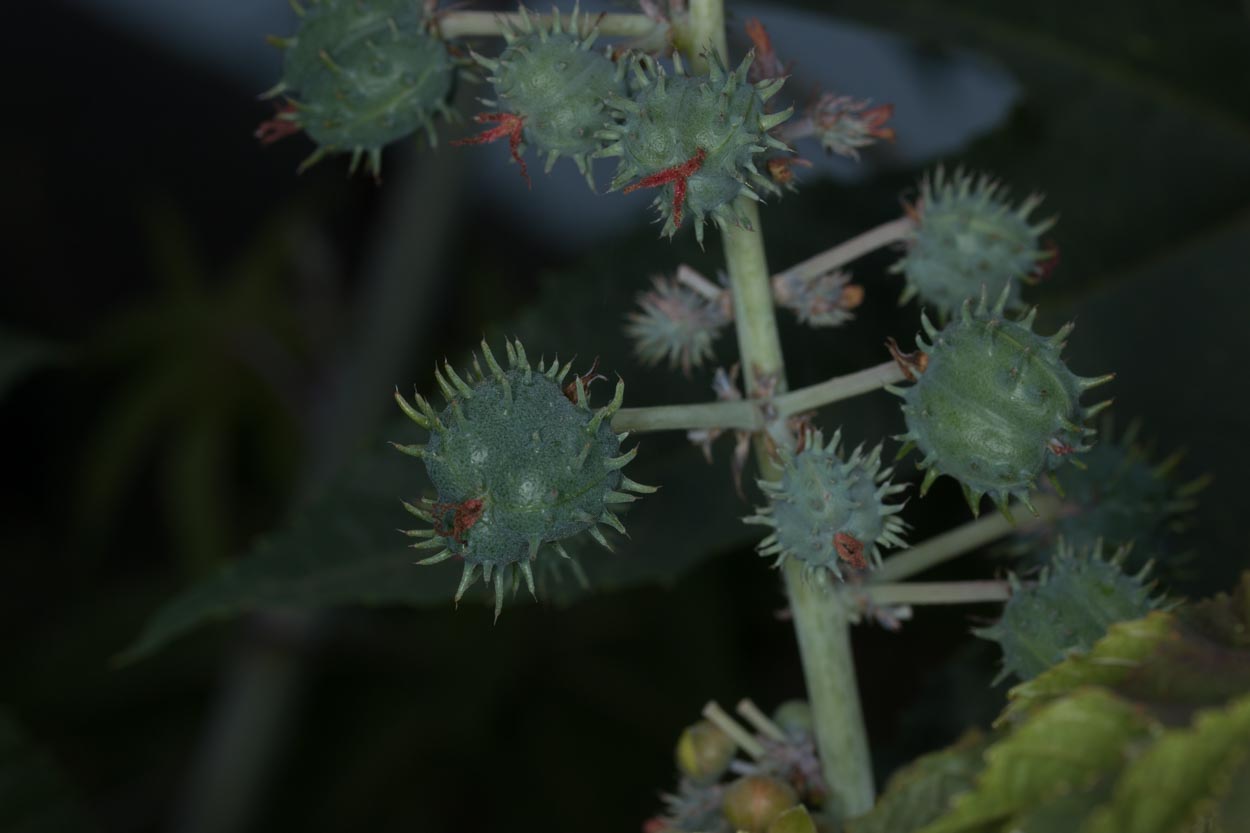 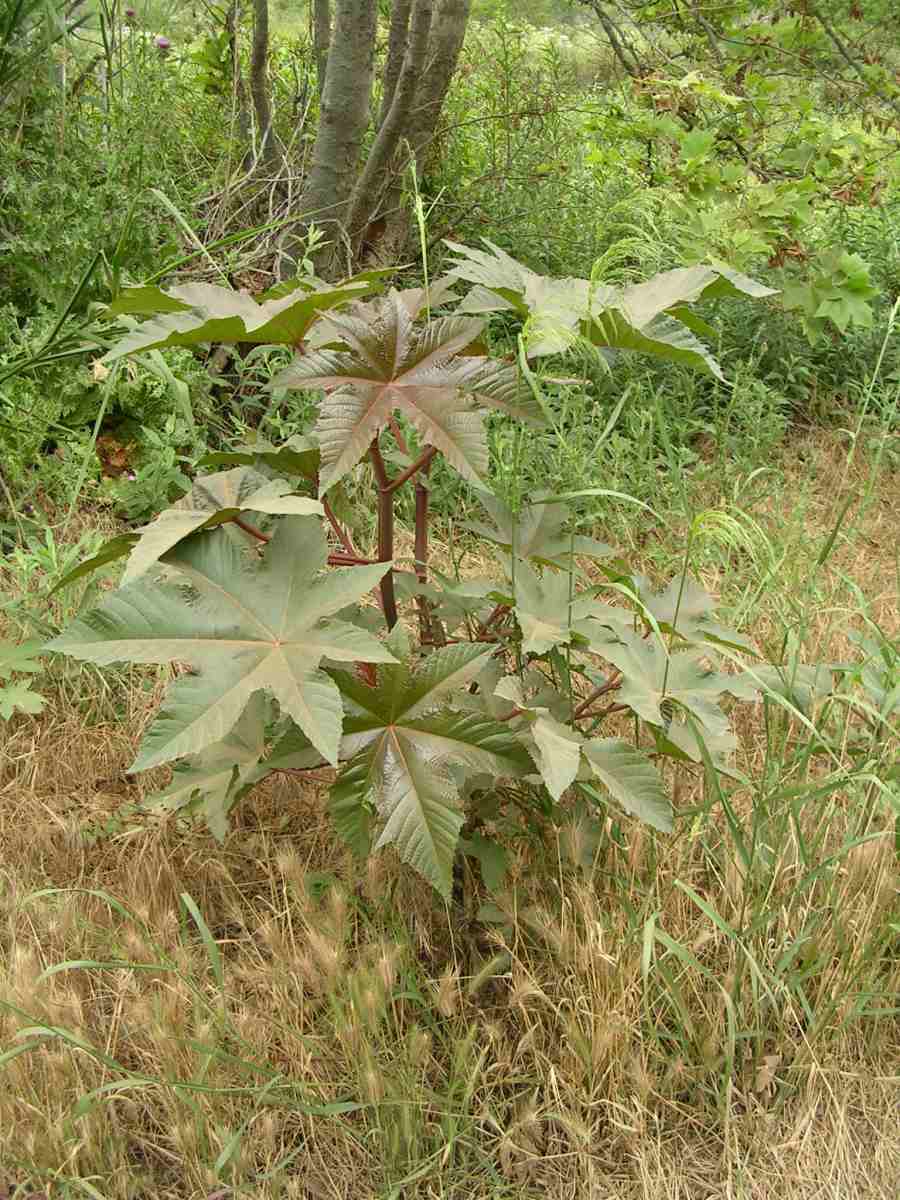 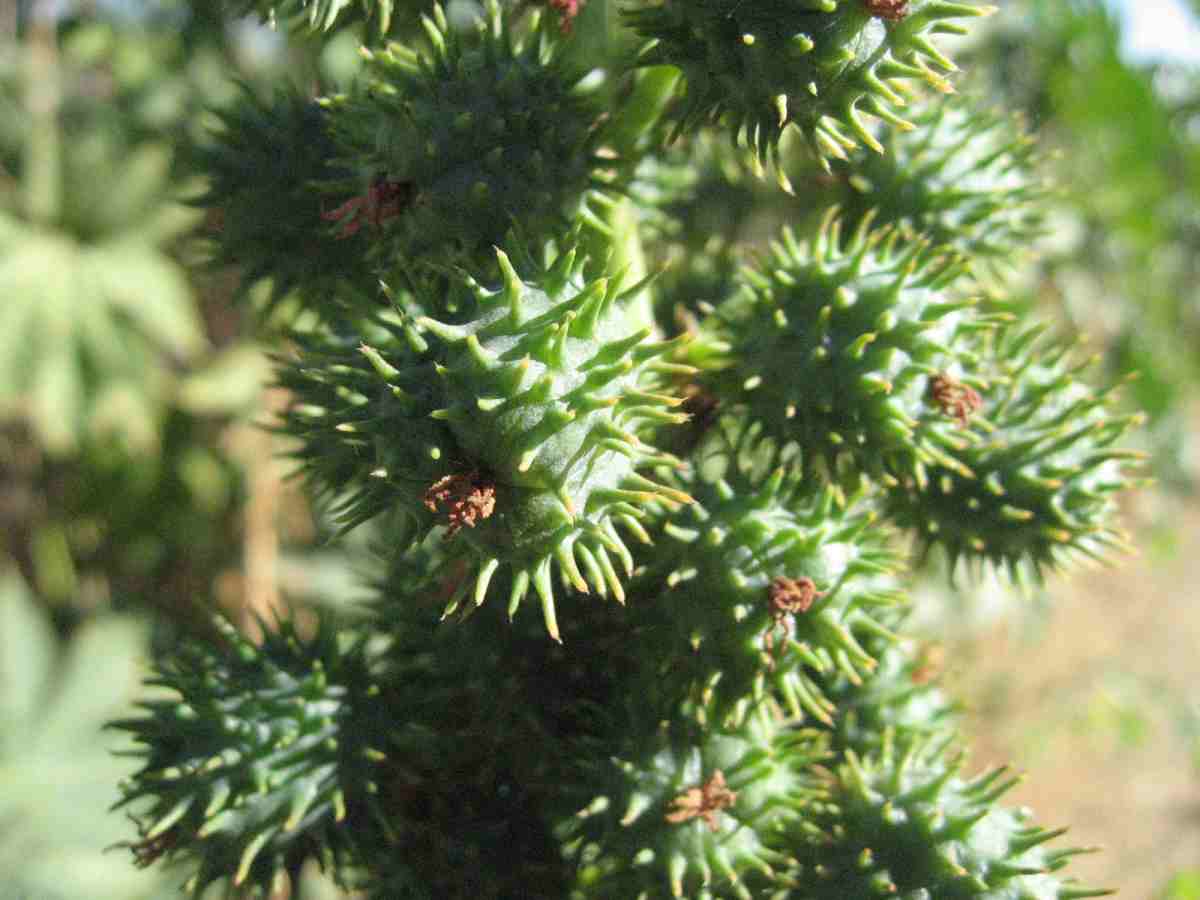 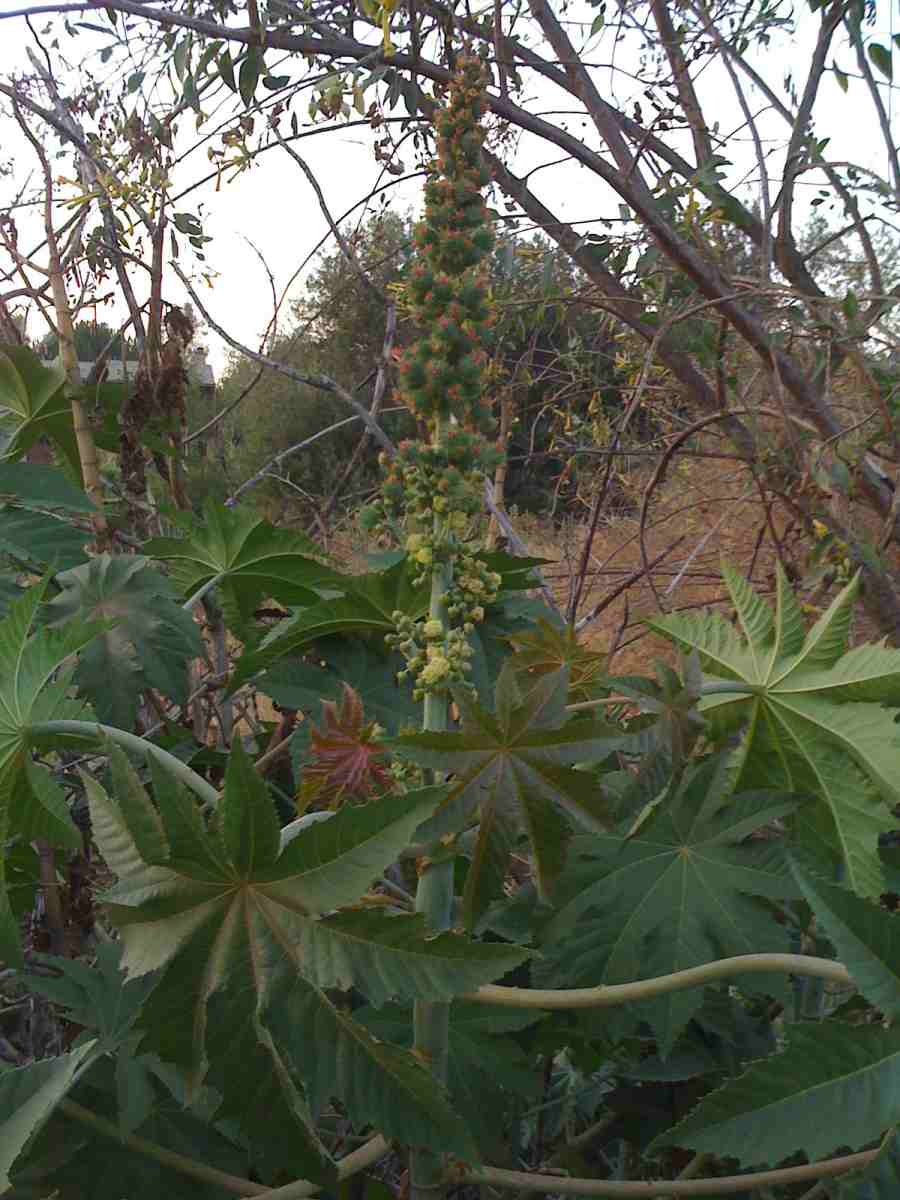 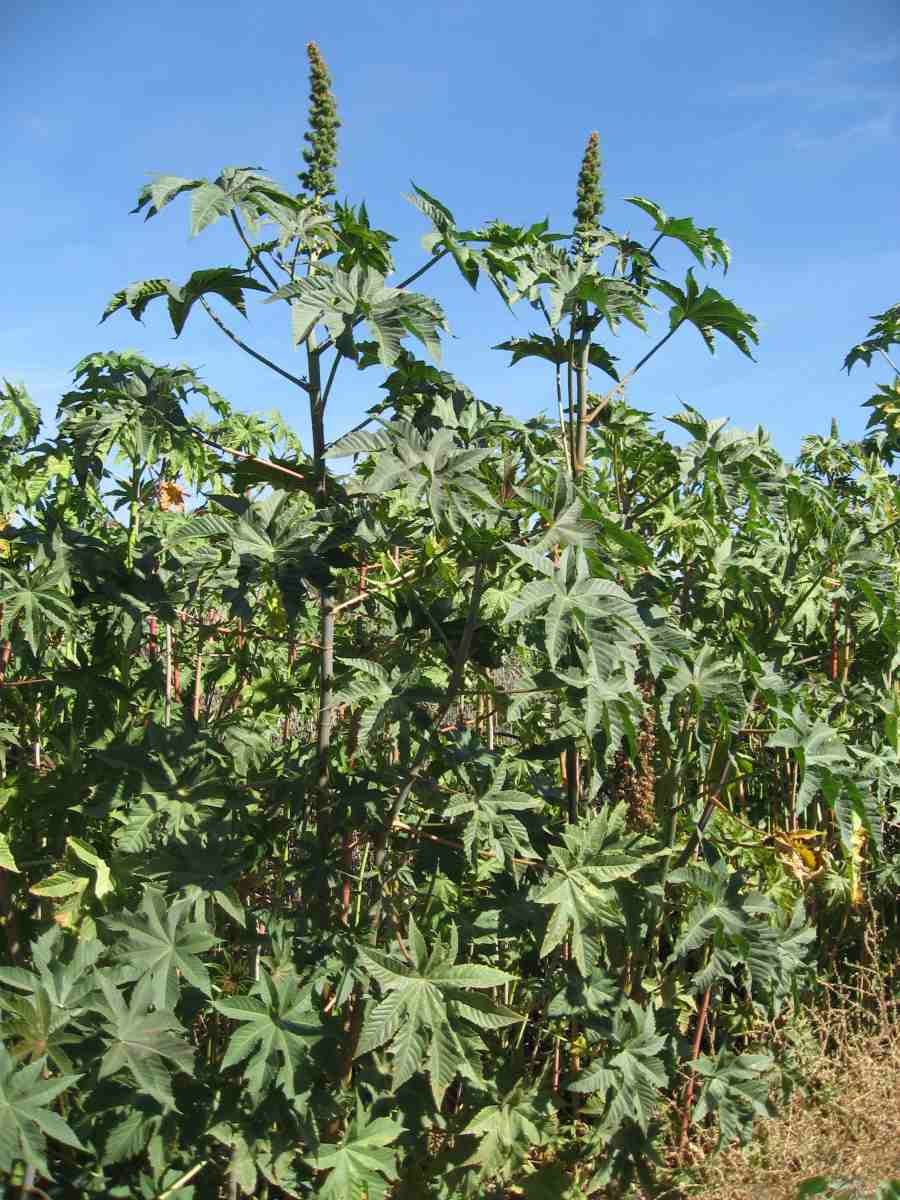 Castor Bean is a non-native shrub which hails from Asia. It has a tropical appearance like other members in its family. The plant is well known for two contrasting reasons: the beneficial medicine castor oil derives from it, and so does the very dangerous poison ricin.

The Castor Bean plant is characterized by one or more central stalks, from which grow very large palmately-shaped leaves - up to 2 feet wide on a mature plant. The leaves have serrated edges and are a deep green color that may be tinged with red near the veins. The stems are smooth, sturdy and reddish in color. Castor Bean blooms and puts forth seed essentially year-round. Its flowers are pinkish or greenish and occur in two types on the plant. The seedpods which follow are spiny and round, growing to about the size of a golf ball. Inside are numerous seeds about a quarter to a half inch in diameter with a shiny, mottled appearance, each looking like a small egg or a large tick.

The beneficial medicine castor oil, commonly applied externally to sooth aches and pains, is made from the seeds of the Castor Bean plant. Such oil was also used in earlier times to burn in lamps, and may have had some additional external topical uses. The poisonous compound ricin results as a by-product from producing the castor oil. Ricin also occurs naturally and in high levels in the raw seeds, and is present to a lesser extent in other parts of the plant. Thus, any part of this plant, and especially the seeds, should never be ingested by humans nor animals such as horses, poultry, or cattle. While casual contact with the plant should not result in an adverse reaction, it may be best practice to stay away from it altogether. The CDC has a webpage describing the effects of ingesting ricin.

The scientific name Ricinis commmunis translates to "common tick". This is because of its seed's resemblance to a European tick with the name Ricinis. One other interesting thing to note is that this plant, owing to its non-native, tropical origin, will die if exposed to prolonged periods of cold weather. As you might expect, Wikipedia also has some additional interesting factoids about the plant.