Plant of the Month - Cobweb Thistle 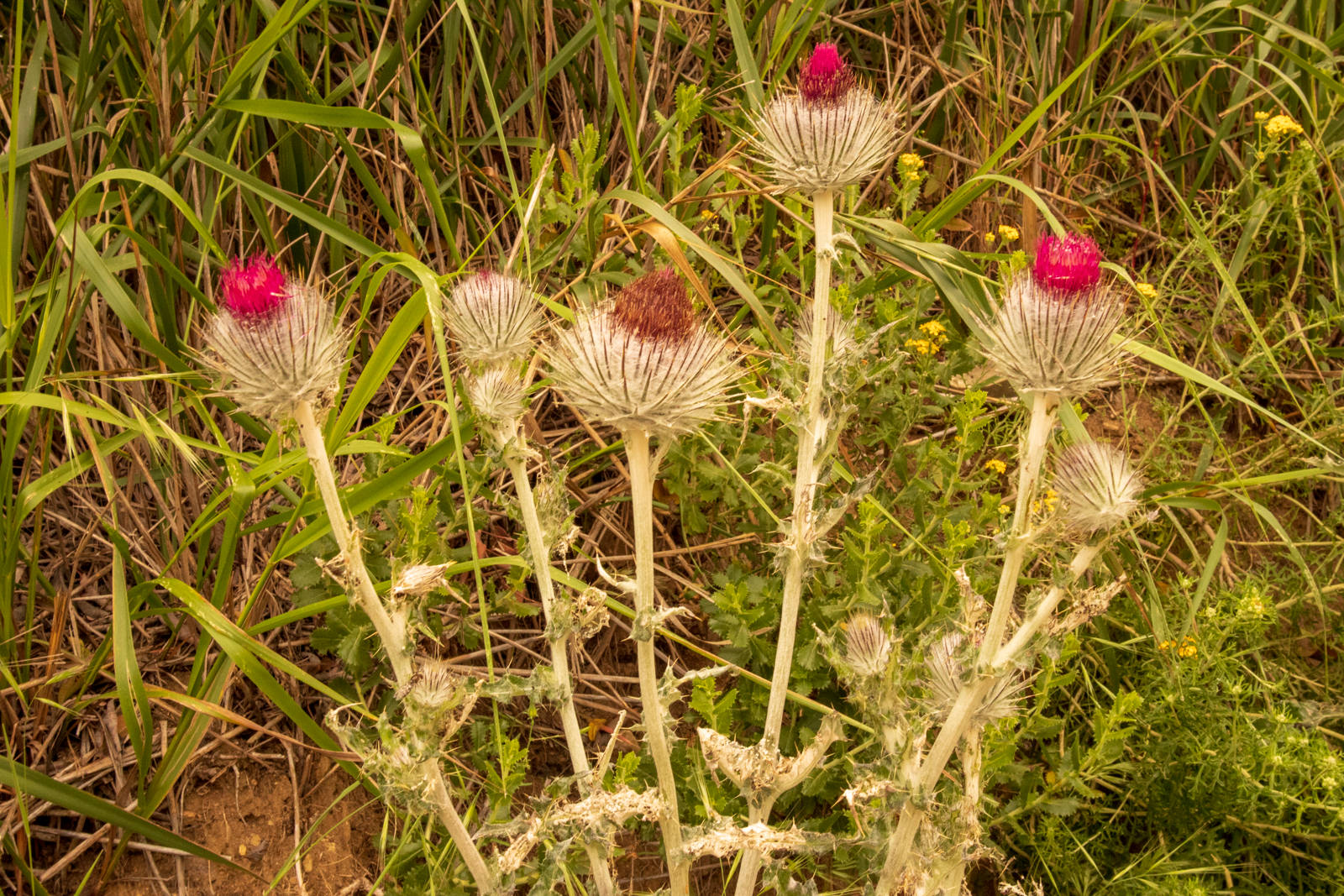 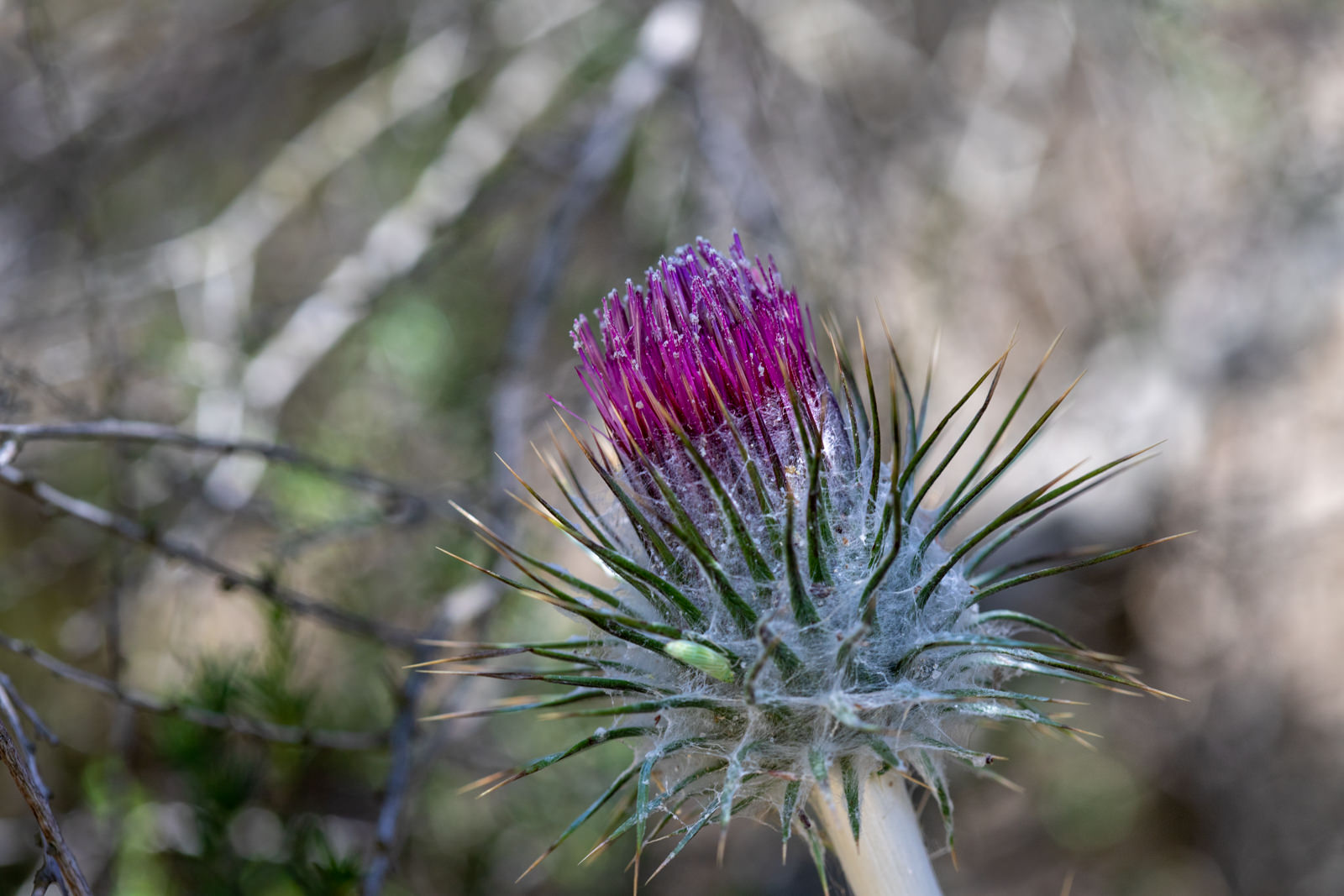 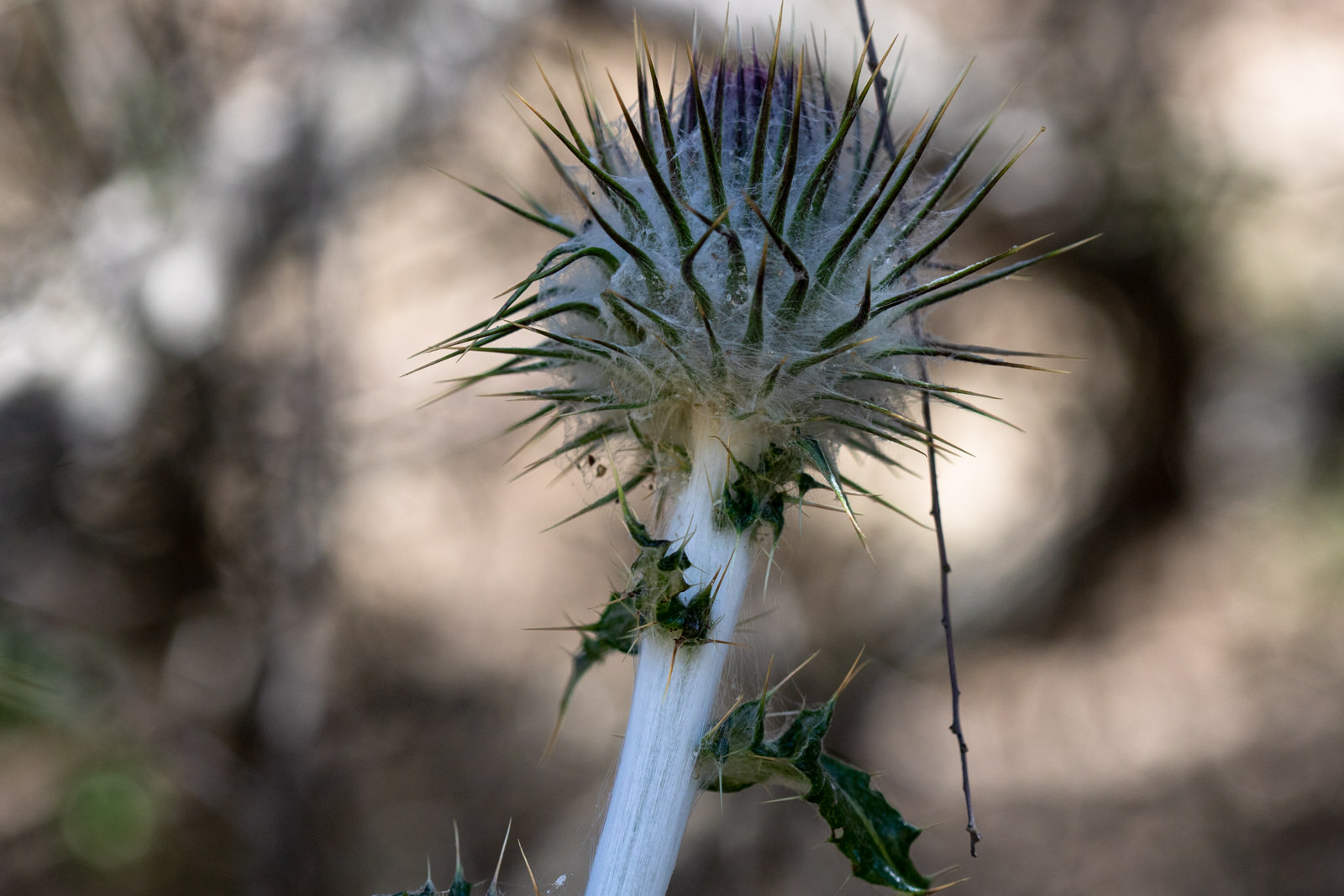 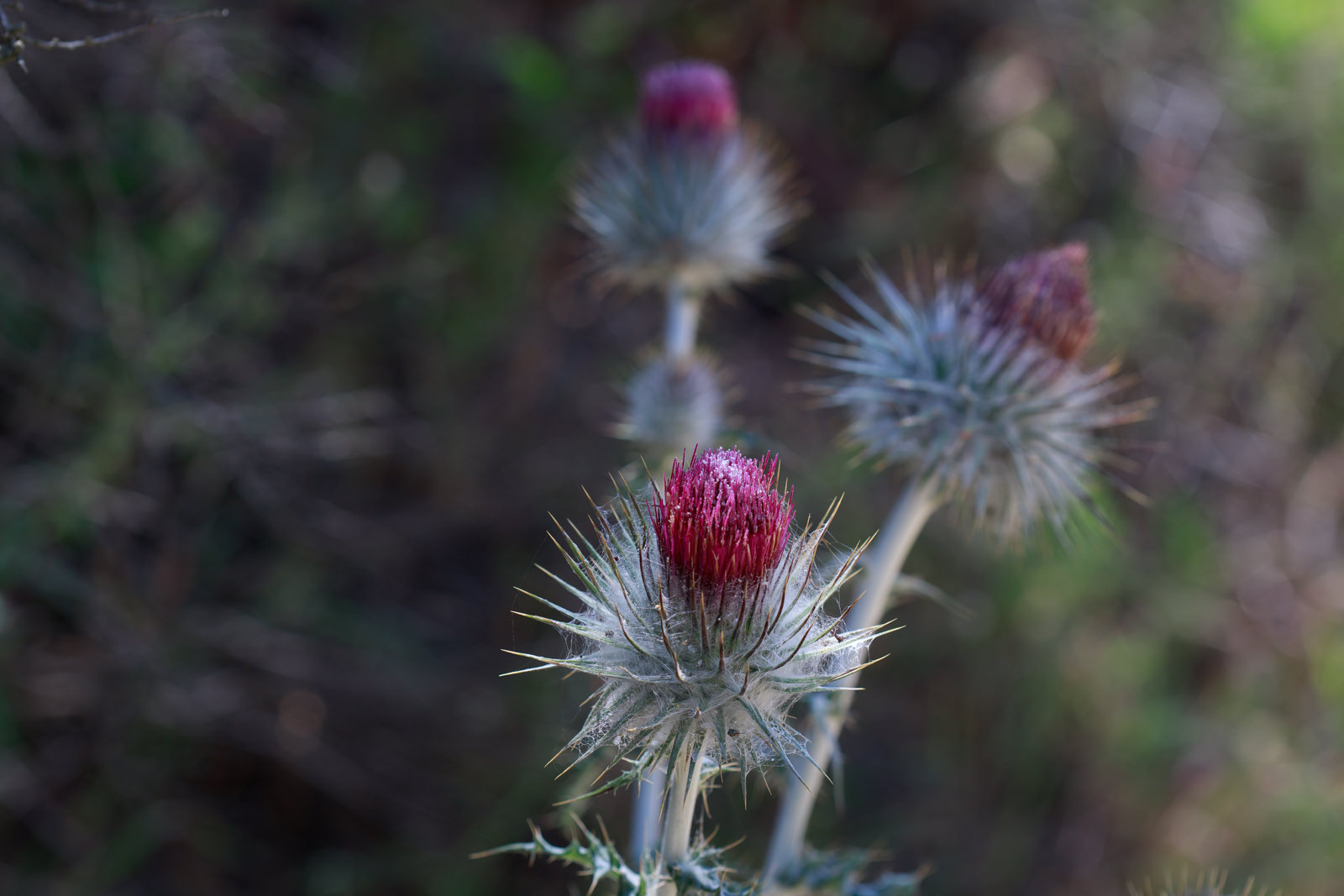 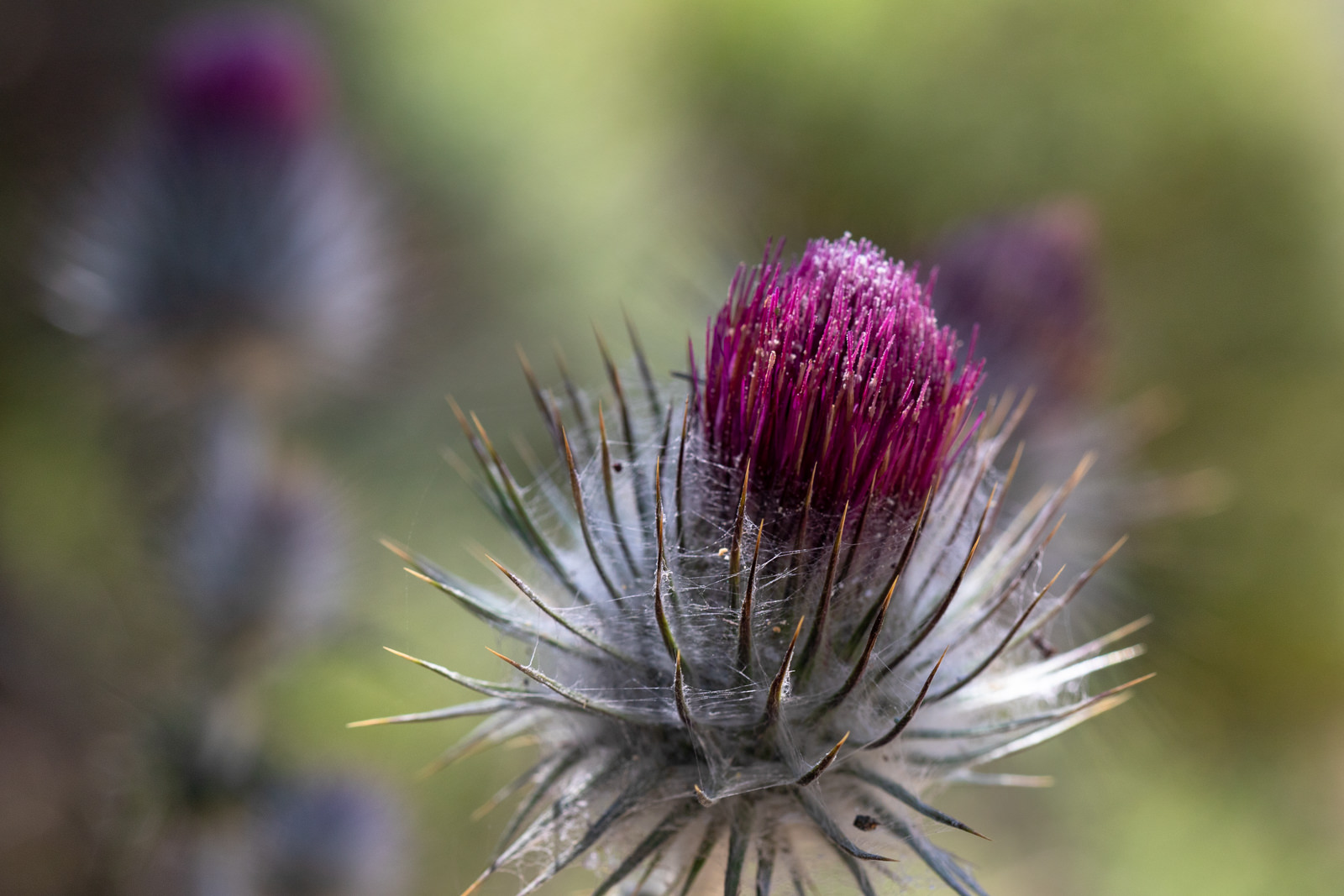 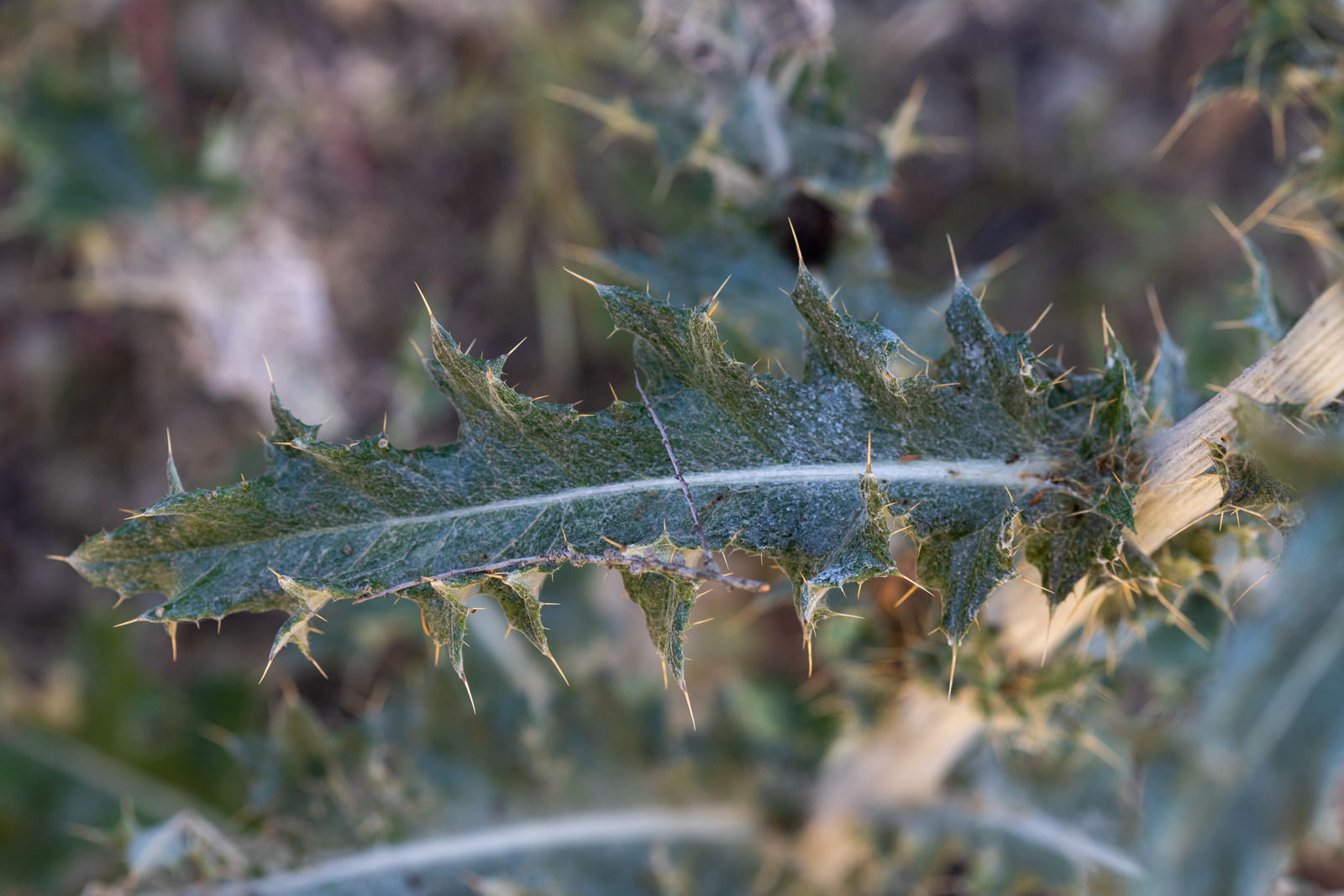 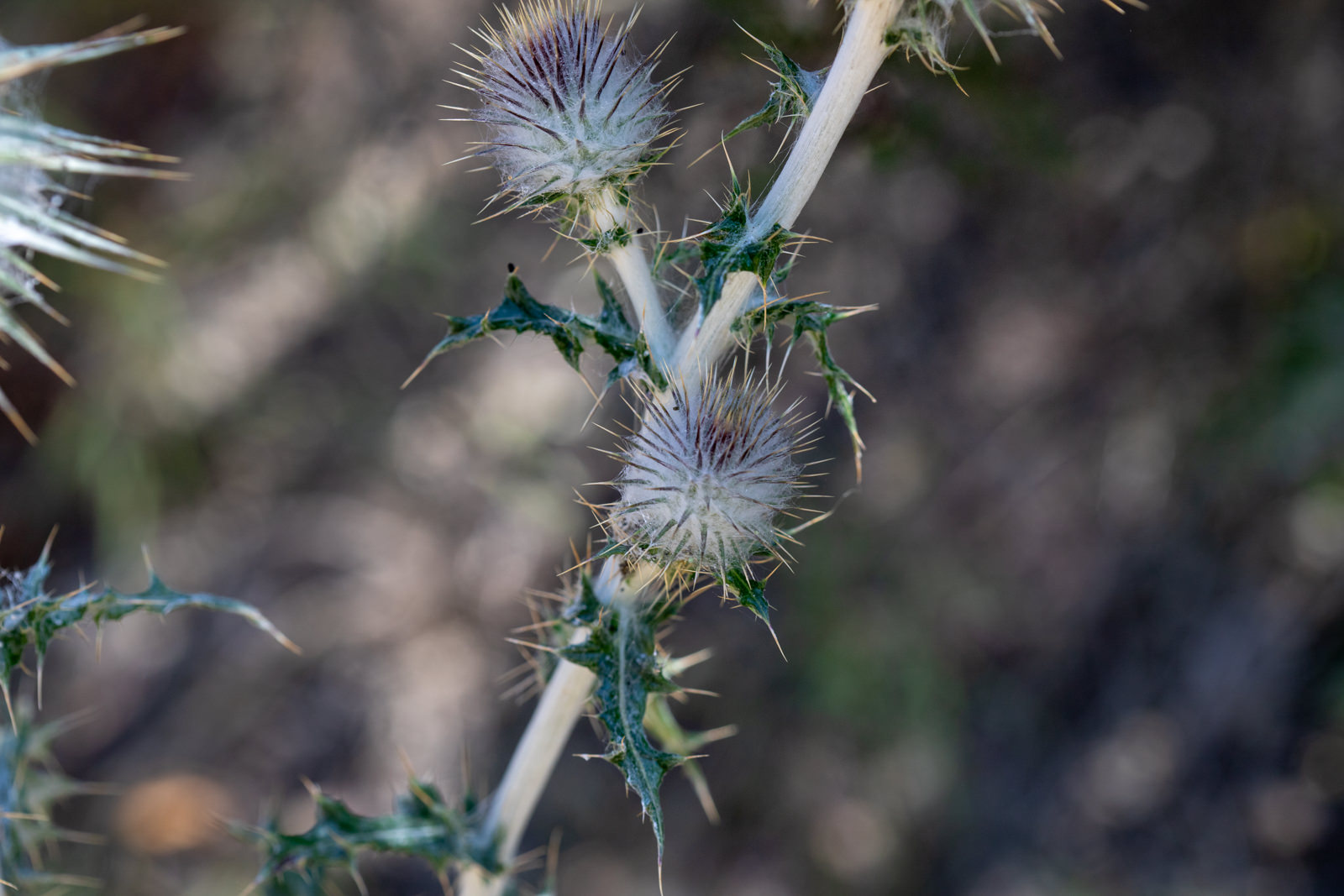 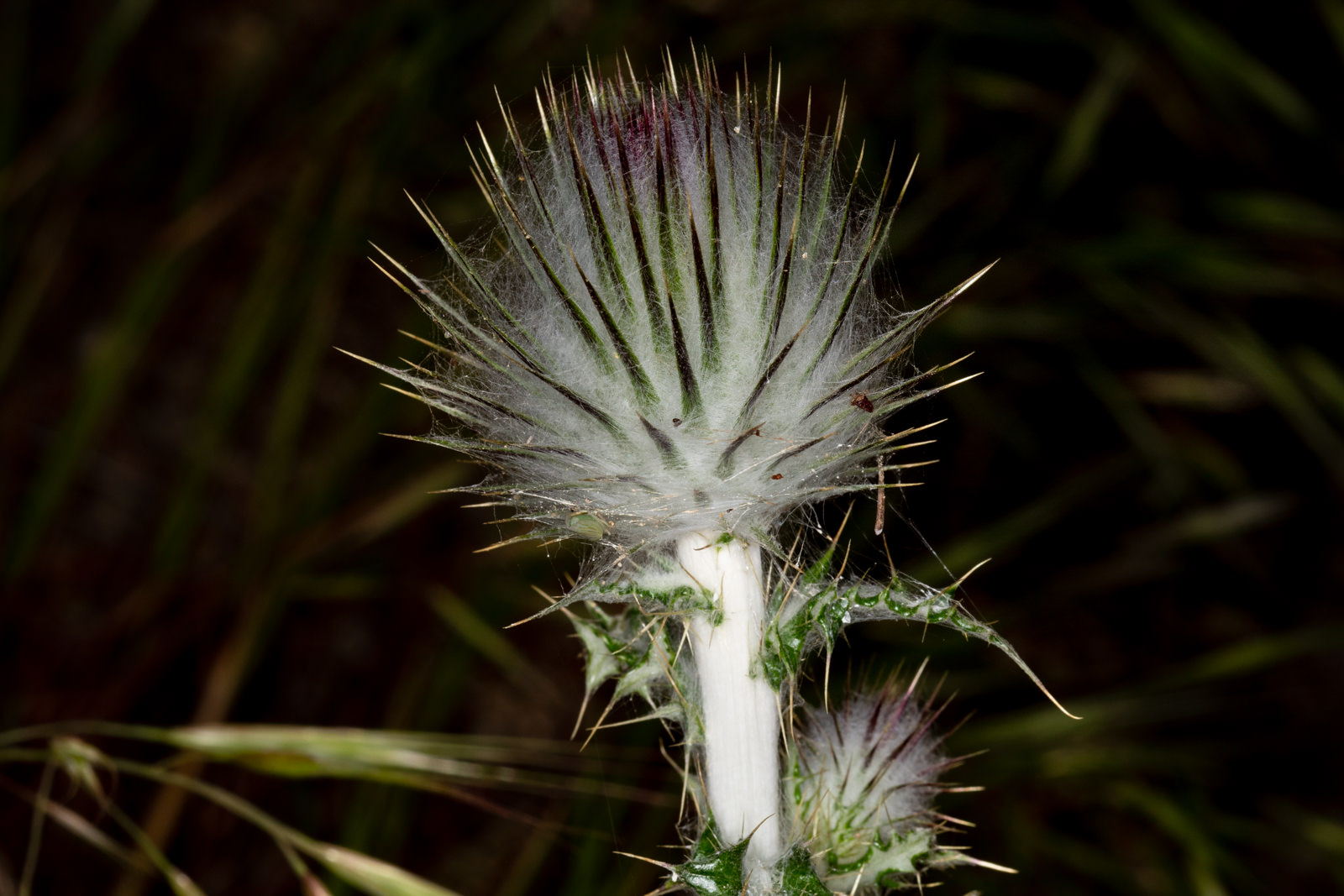 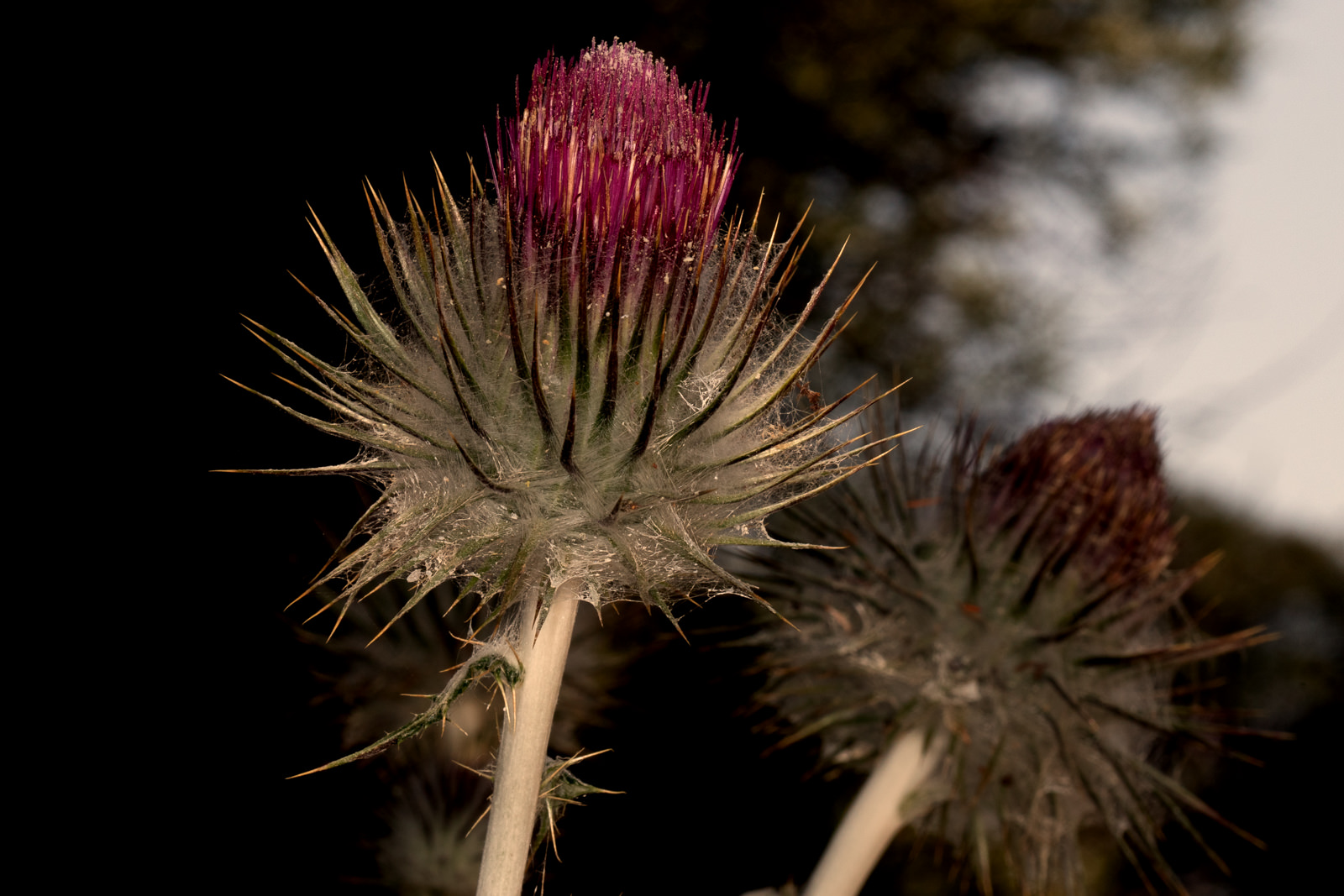 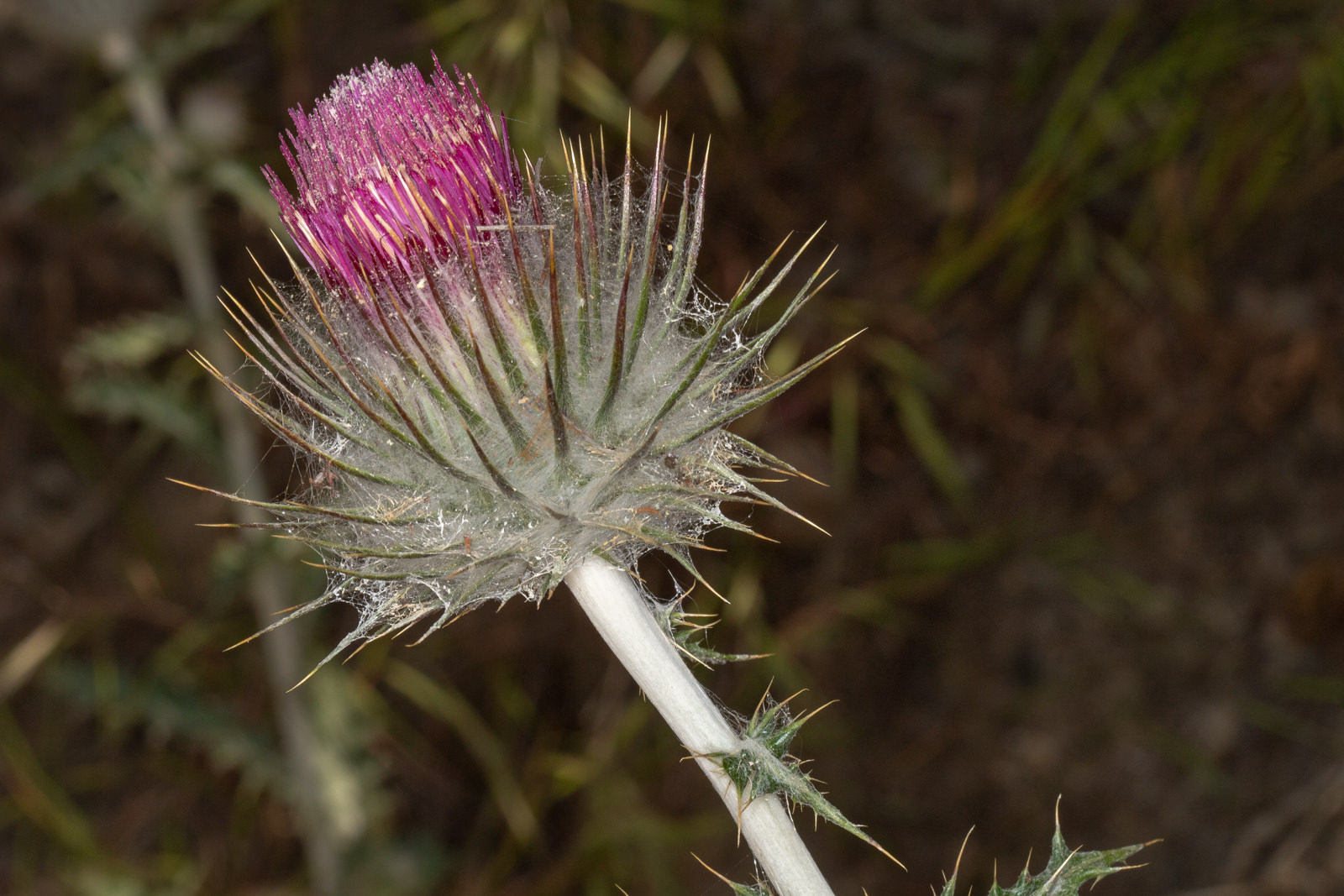 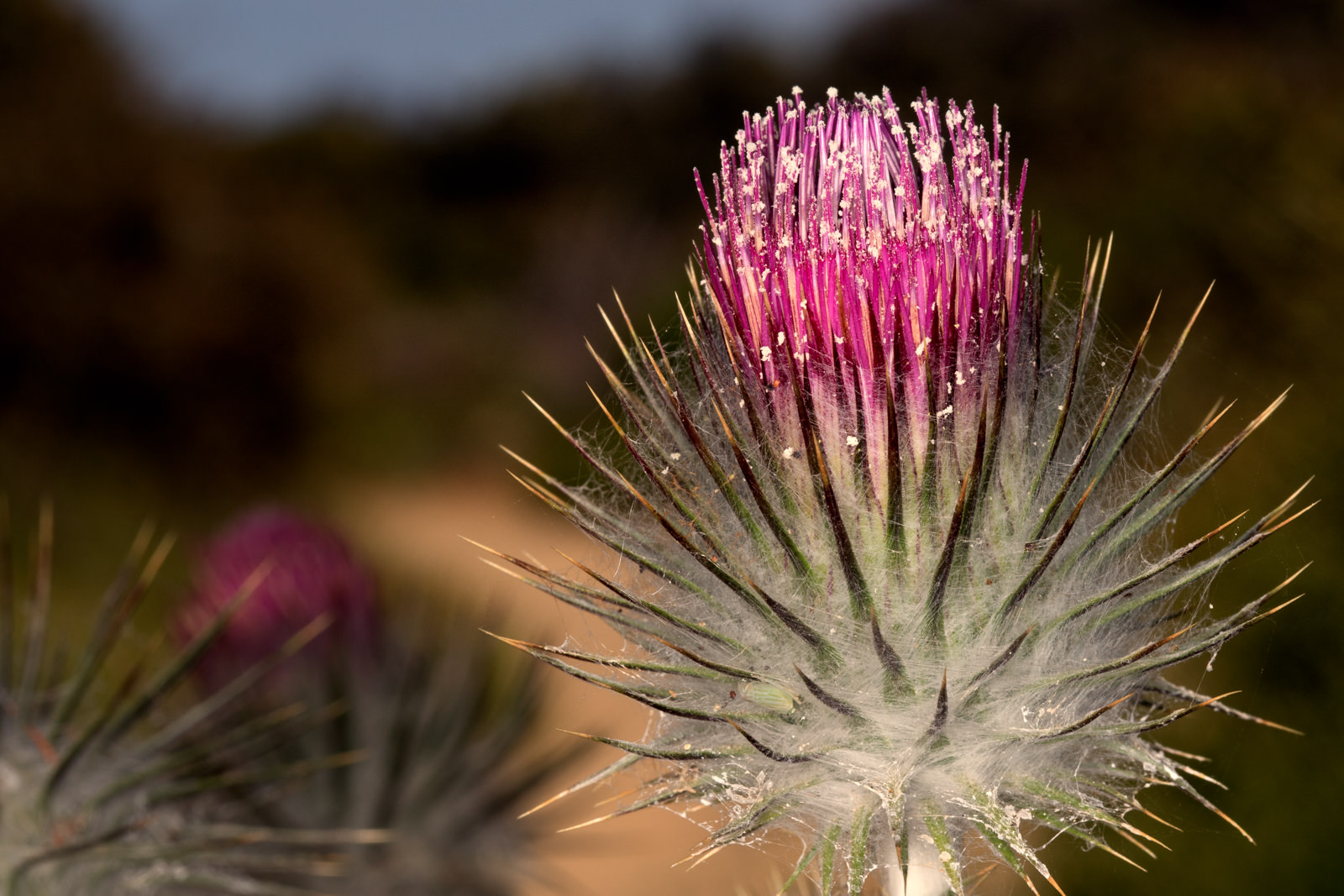 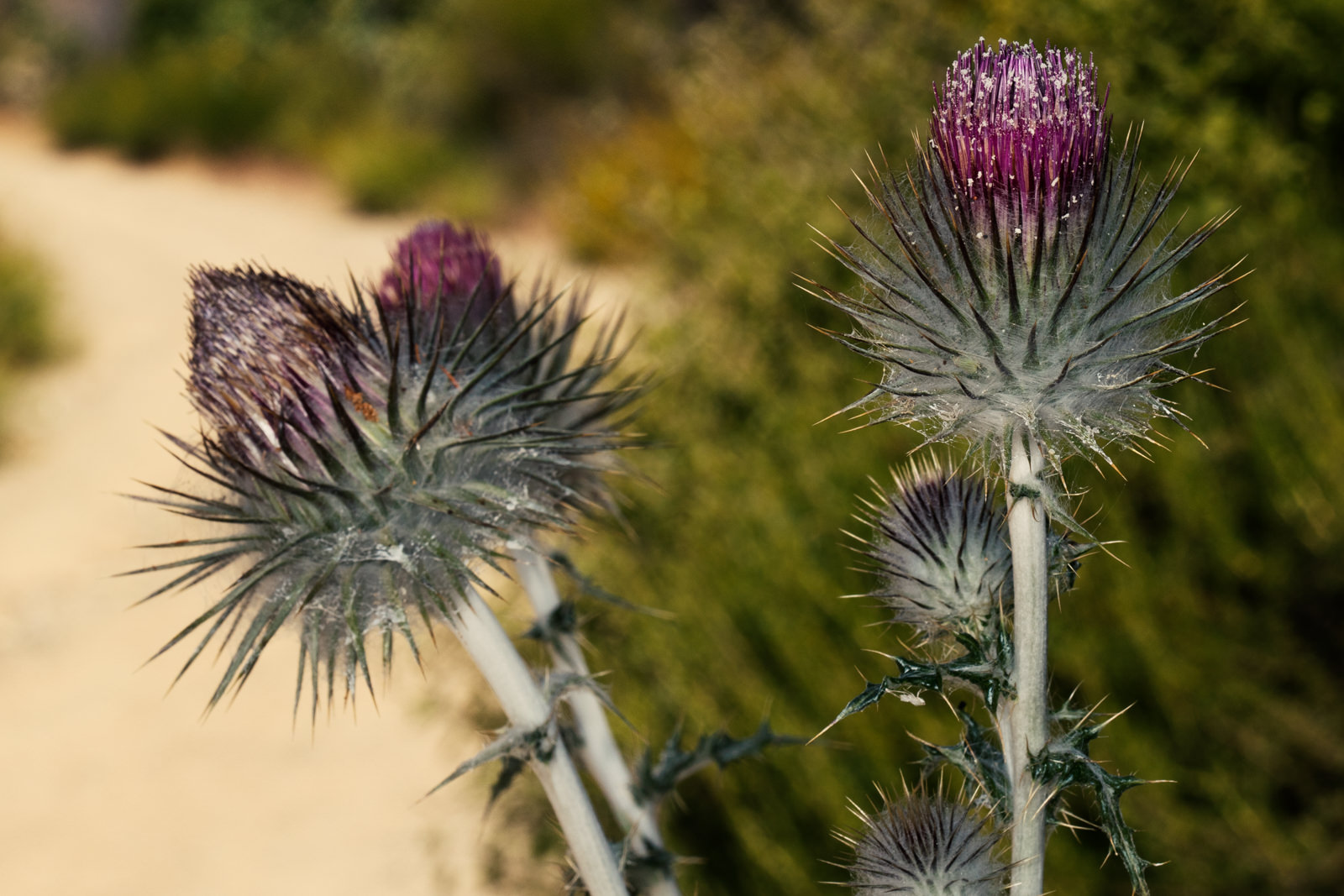 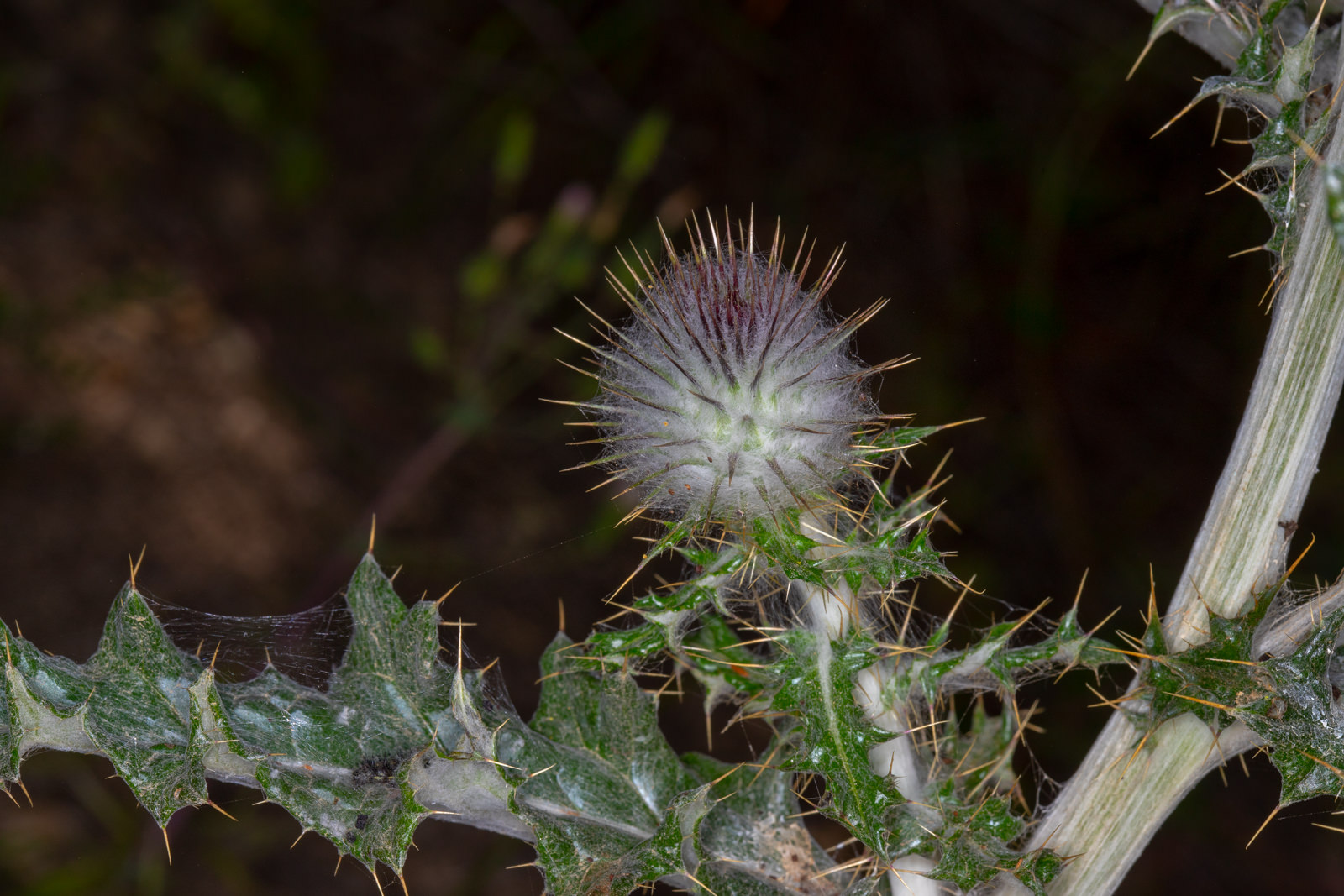 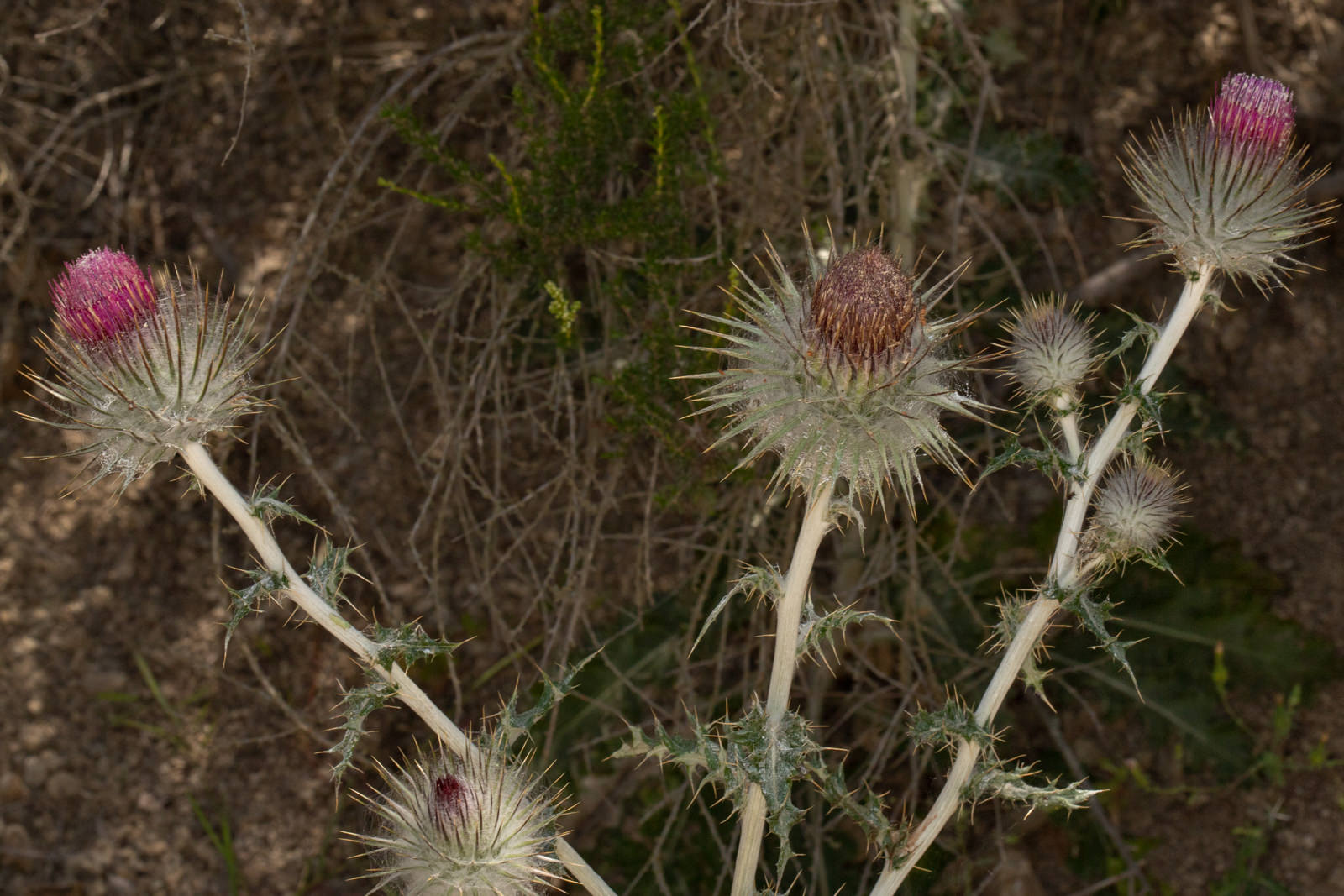 Cobweb thistle - Cirsium occidentale is a native plant found in California and parts of Oregon, Nevada and Baja California. Hardy enough to grow at 11,000 feet (3500 m) but is in general found below 2000 feet (600 m). Coastal strand, coastal sage scrub, chaparral, as well as forests and disturbed areas are areas preferred by this plant. The whiteness of the stems and base of the flower heads are your first indication that this is not one of those invasive thistles. This is the real deal - a native thistle. The plant has a two year life span - year one is about developing the taproot and basal rosette of leaves. Year two is when the flowers appear. Reaching heights up to five feet and often with several flowerhead growing at the top of the plant - this is not a plant you have to get down on the ground to photograph.

Cobweb thistle is in the sunflower family, the Asteraceae. Flowers of the sunflower family are considered composite flowers - consisting of one or both of two types of flowers (disk flowers or ray flowers). These are tightly packed together into what we call the flower head, which most people at first assume to be a flower with petals. Thistles are members of the same family as artichokes, lettuce, sunflowers and lots more. Thistles do not have ray flowers like the previous plant of the month California Everlasting. The tuft of white to purple disk flowers atop the flower head contain the viable reproductive parts of the plant. Looking at the included images you might have noticed the color of the pollen - white. Flowers are insect pollinated, one thistle we saw had hundreds of beetles crawling all over the plant - it looked like quite the party was happening. From March to July you should expect to see this flower in bloom.

The cobwebs of this plant are hairs sort of knit together to form a web like appearance. Seeds are dispersed via the wind like dandelions.

Thistles do not have spines or thorns. What they have are called prickles . A thorn is a modified branch while a spine is a modified leaf. Thorns and spines take part in transporting nutrients and water through a plant. In comparison, a prickle grows from stem tissue, has no part in transporting water or nutrients and may occur anywhere on the plant. Thorns and spines are usually hard to remove; prickles are easier to remove. Thorns, spines and prickles deter grazing by deer and livestock. Cobweb thistle is an important plant in wherever you find it as a source of pollen and nectar, especially for native bees and butterflies. (2019) The painted lady butterfly which we saw swarms of this year feeds on cobweb thistle.

Name Origin:Cirsium: derived from the Greek kirsion, "a kind of thistle," in turn from kirsos, "a swollen vein or welt," because thistles were often used as a remedy against such things. The genus Cirsium was published by Philip Miller in 1754. occidentale/occidentalis: from the west