Plant of the Month - Cottonwood 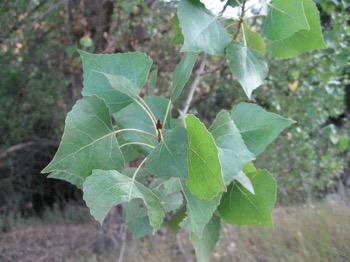 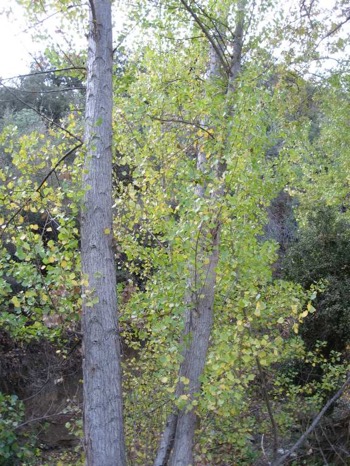 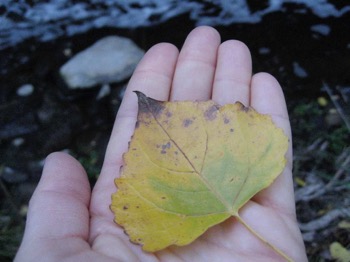 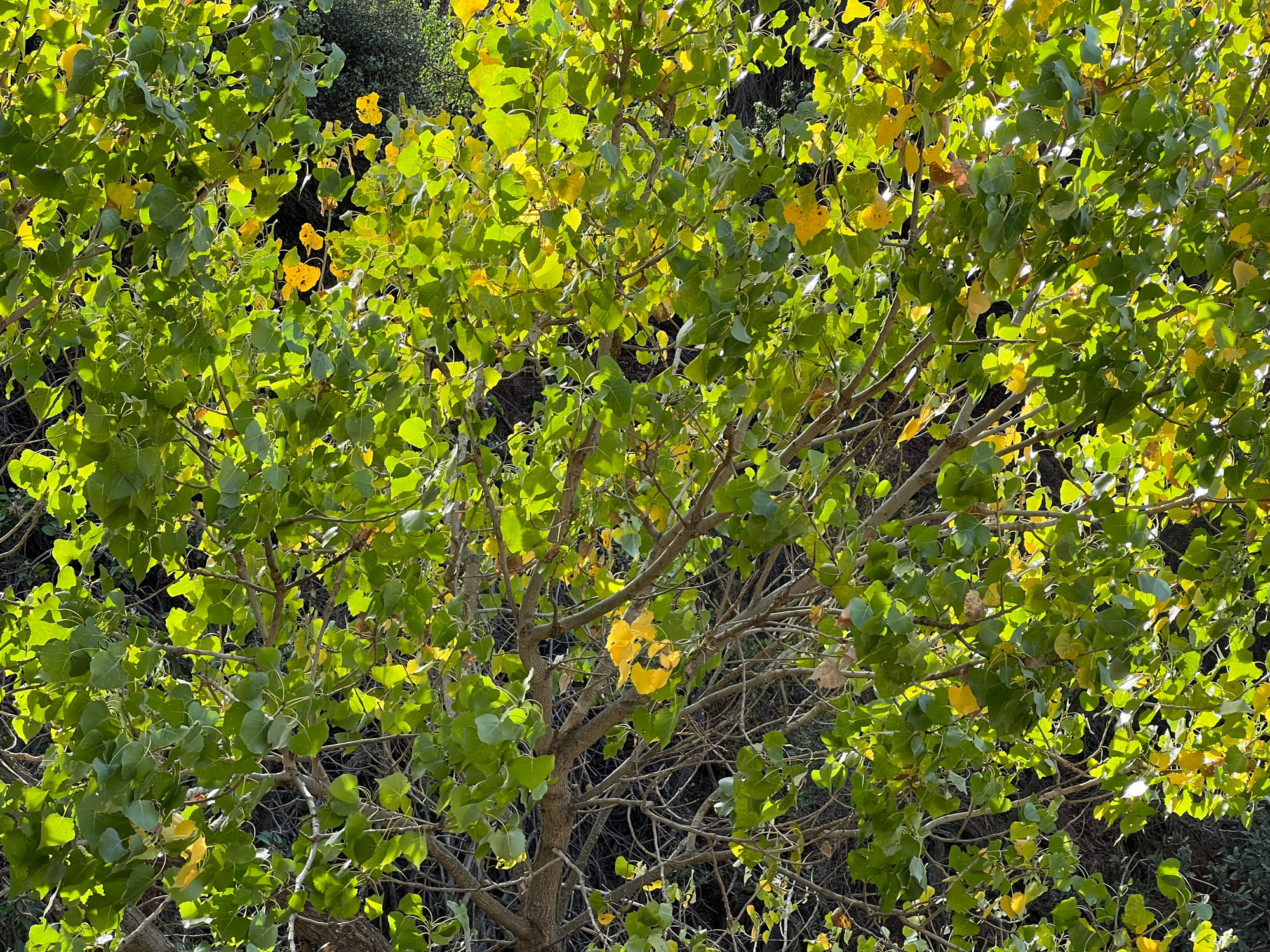 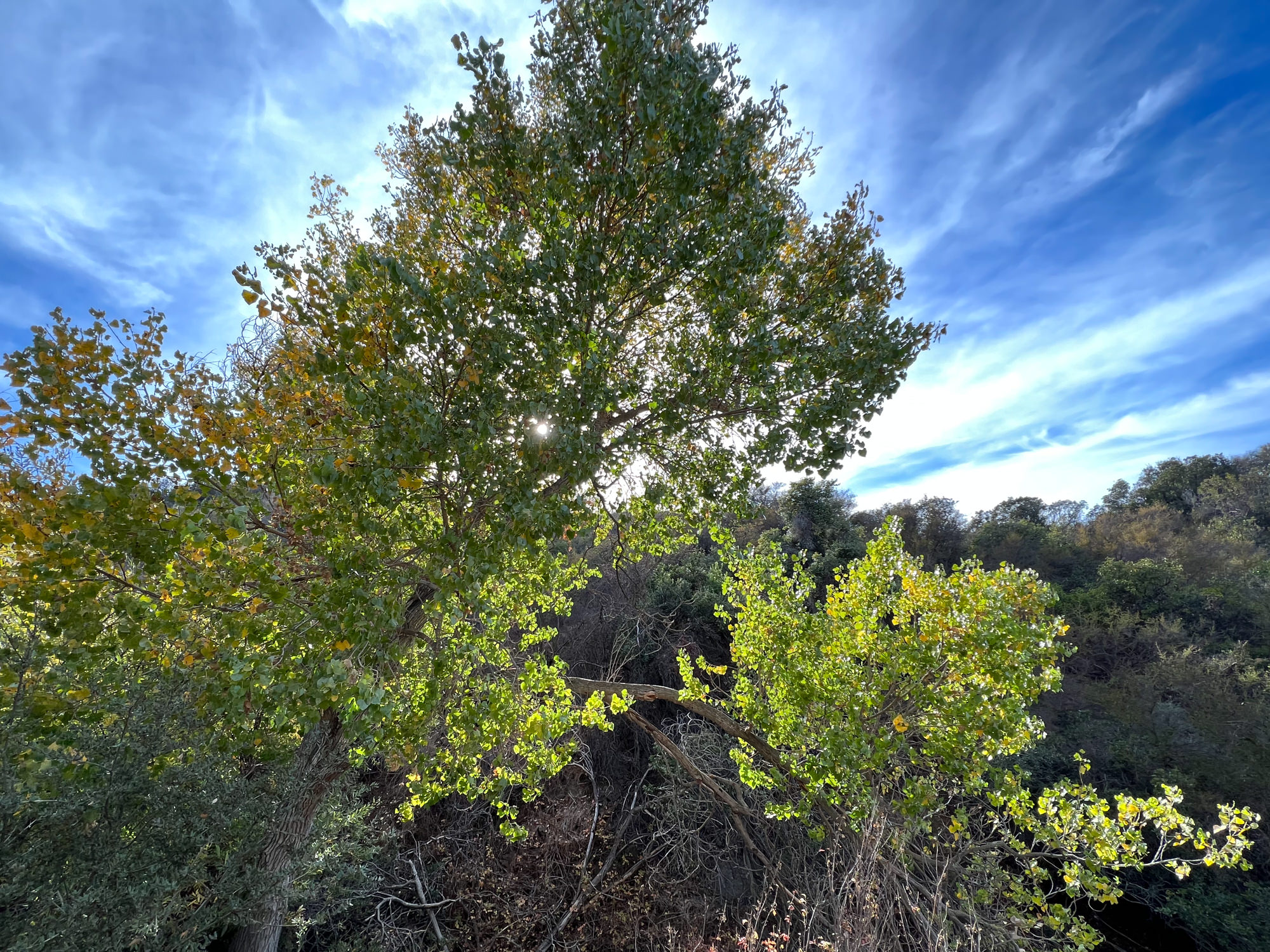 Many transplanted northern people might complain that southern California has no seasons, but the Cottonwood doesn't know that. In fall this deciduous tree's leaves turn bright yellow and fall to mark the change of season.

Where there is a reliable source of water - the lower ends of streambeds, alluvial flats, etc. - you may encounter this tree. Its 3-inch or so diameter rounded triangular-shaped leaves provide excellent shade on warm summer days. The shiny light-green leaves take on a leathery texture as the tree matures. Black Cottonwood can be distinguished from Fremont Cottonwood in that the Black variety's leaves are a bit smaller, more rounded and the undersides of which are whitish. It can also grow to taller heights and have a wider trunk. Fremont Cottonwood is more common in our area than Black Cottonwood.

Trees are either male or female. Both male and female plants produce spiky flowers called catkins that appear before the leaves come out. On female trees, cottony seeds which can number in the millions on mature trees follow from the catkins.

Not a lot is documented about early uses of this tree. However it is said that native people made a poultice from the leaves that they used to ease muscle strain and place on sores of both themselves and their horses.

Another tree often encountered in higher elevation mountains, Quaking Aspen or Populus tremuloides is in the same family. The "quaking" refers to the rustling sound its leaves make when the wind blows them; Cottonwoods make a similarly pleasant sound. To the east of the country, Eastern Cottonwoods or Populus deltoides are also in the same family. These trees in the Populus species have aggressive surface roots, tending to crowd out what is around them and producing numerous suckers.