Plant of the Month - Farewell-to-Spring 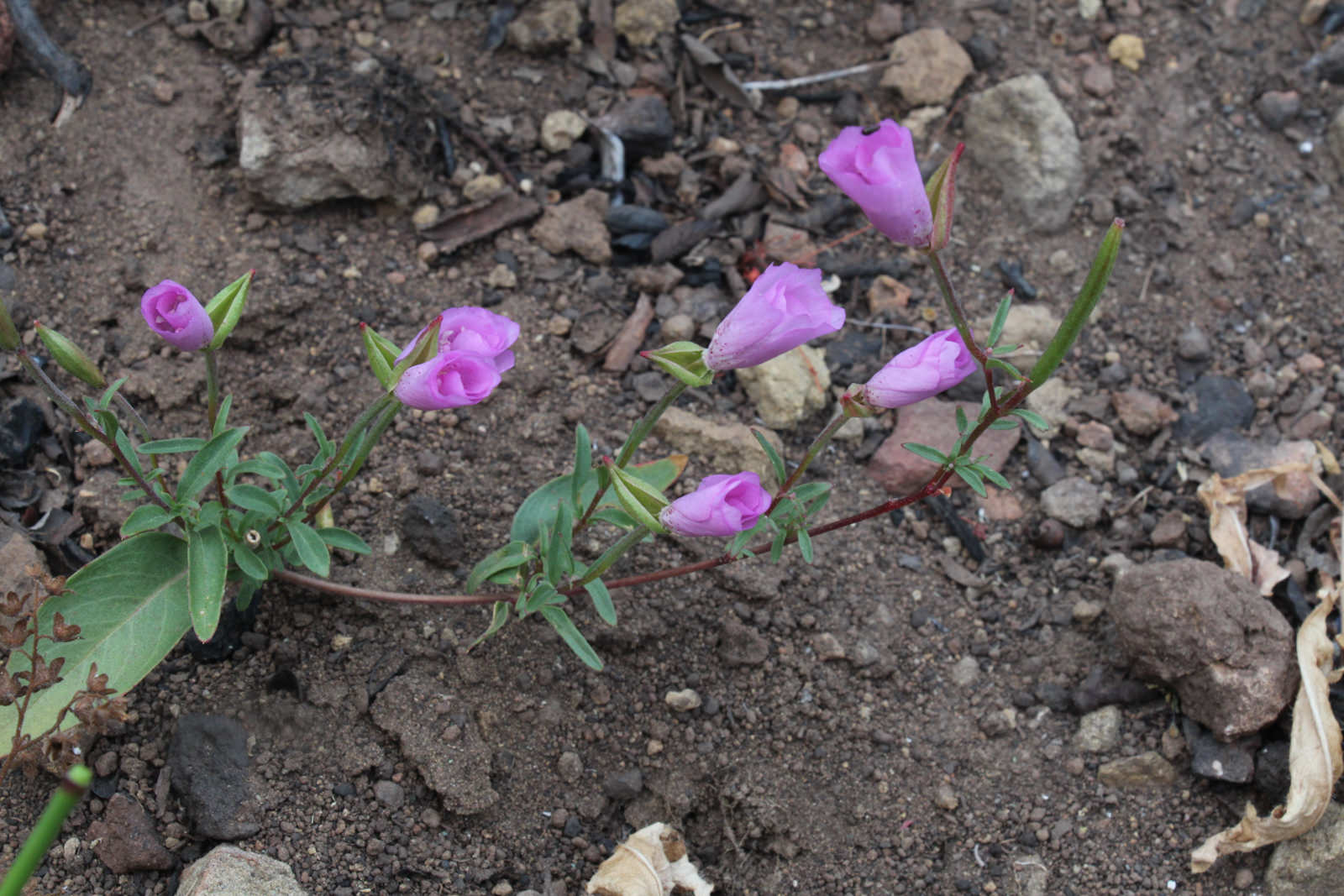 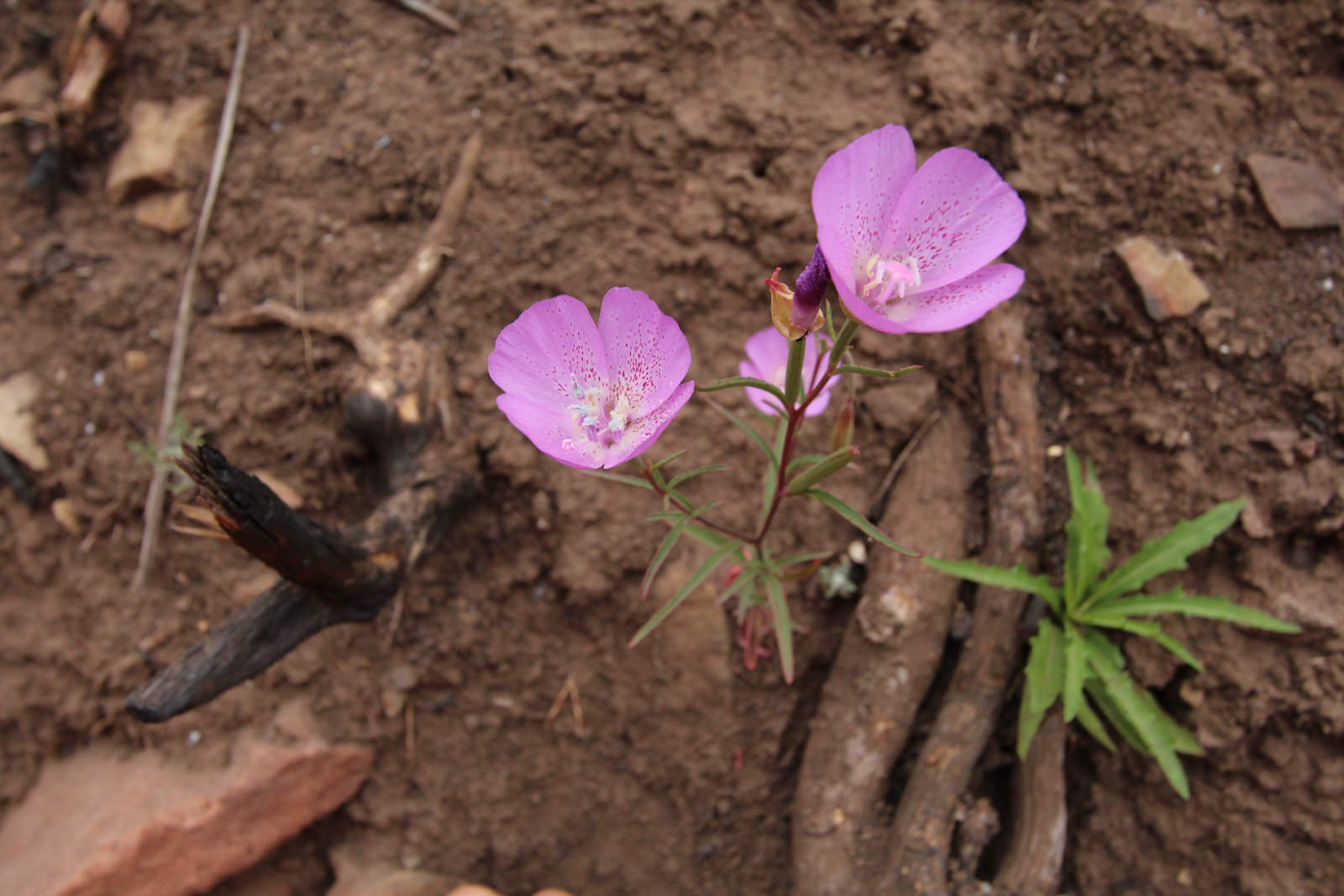 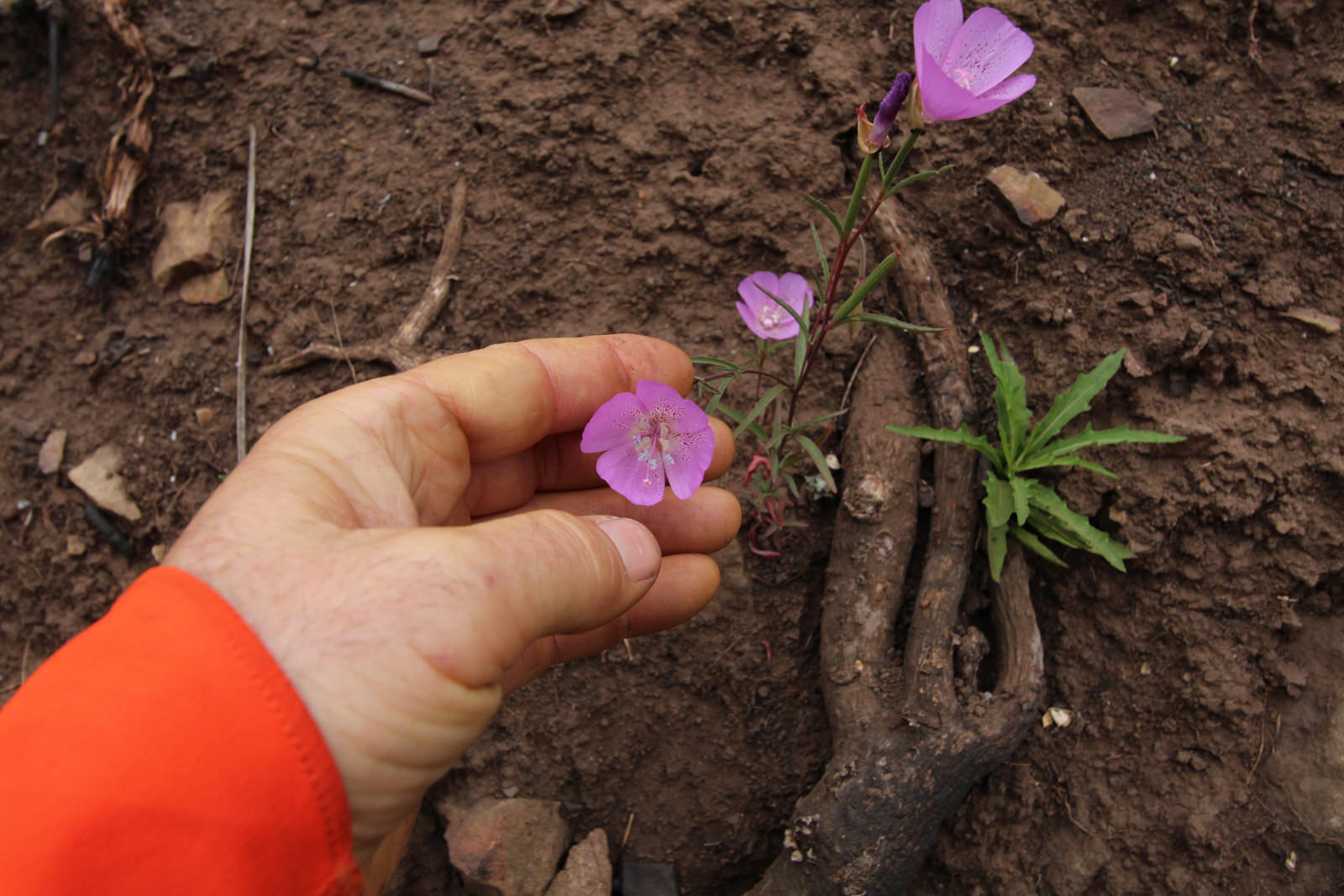 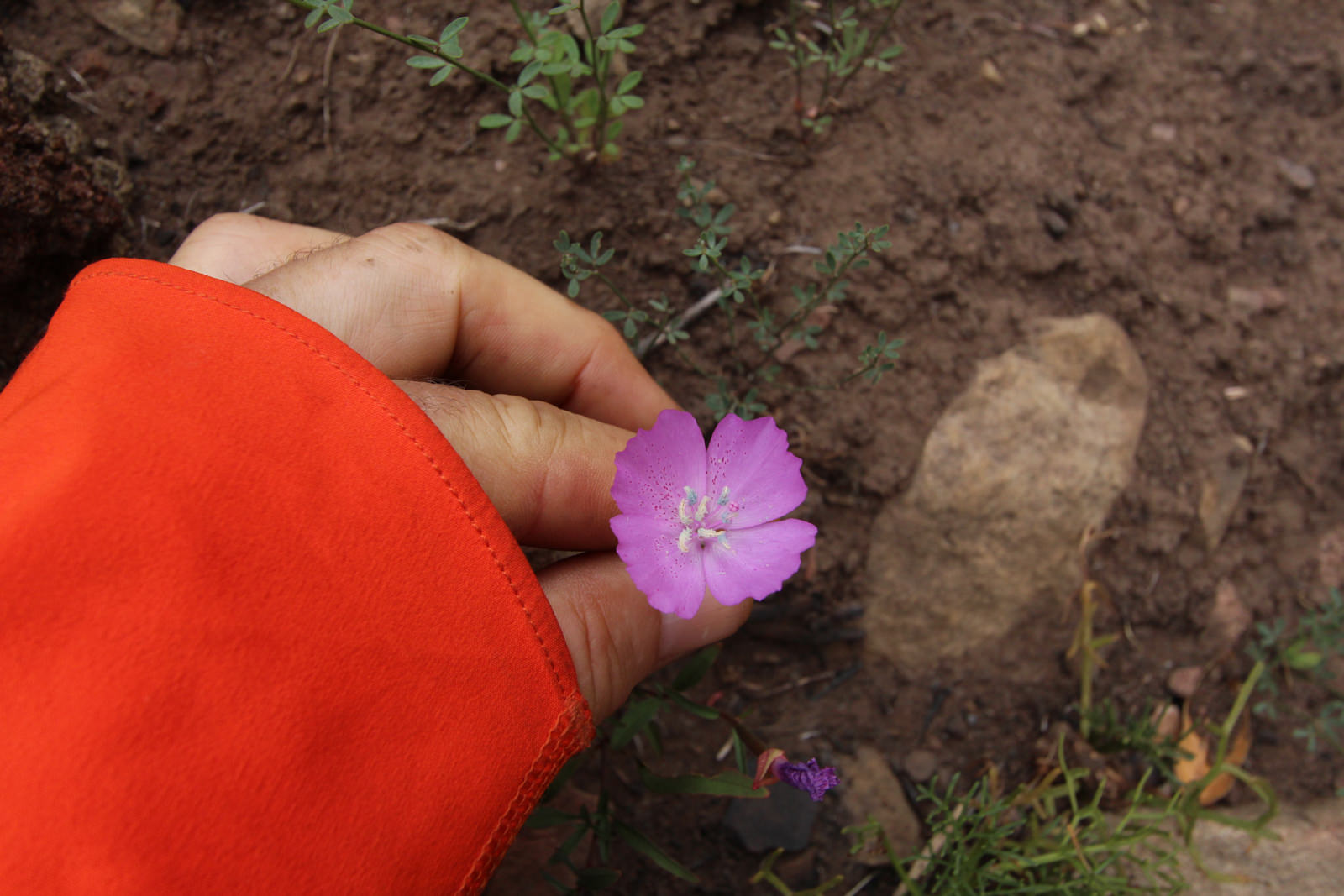 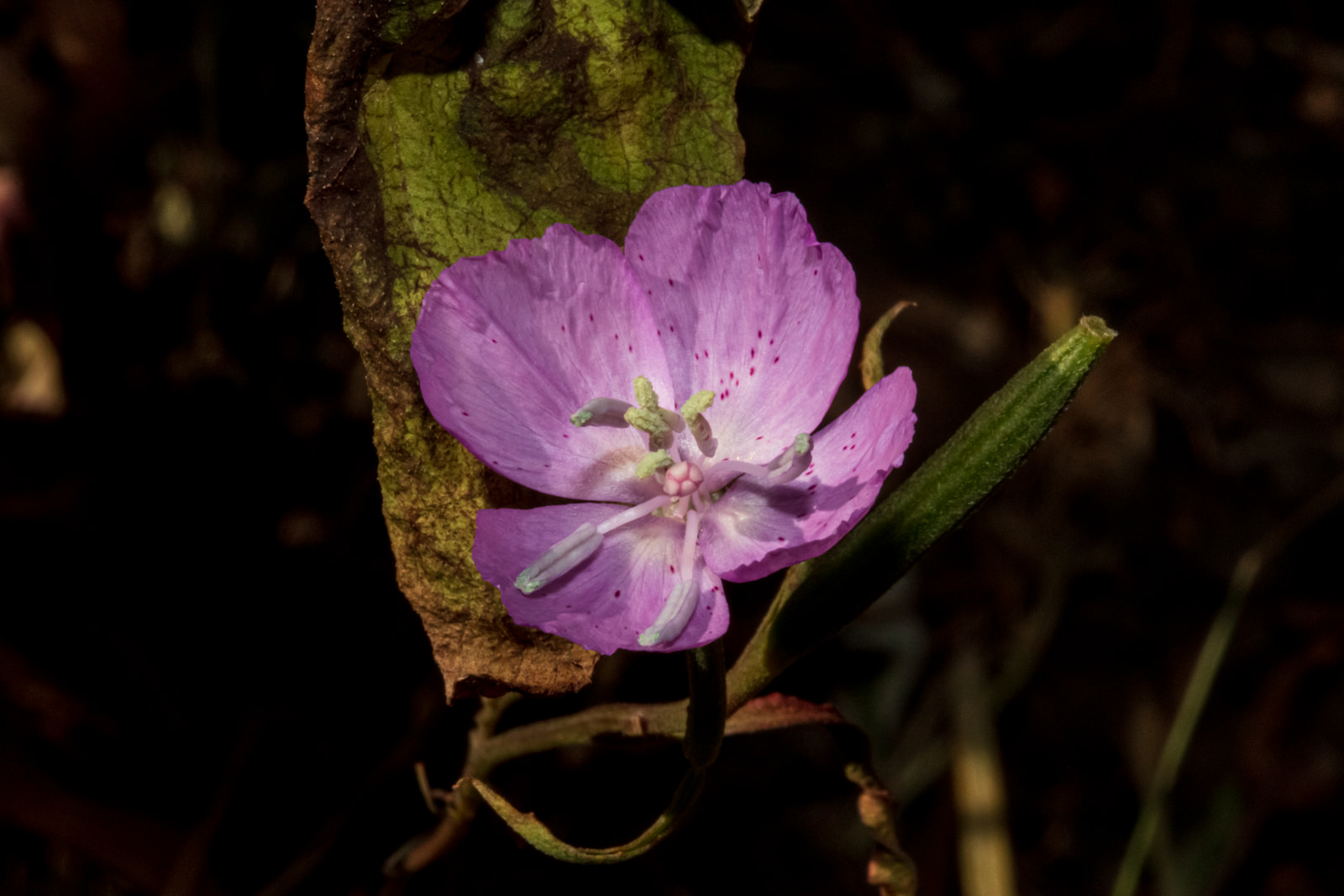 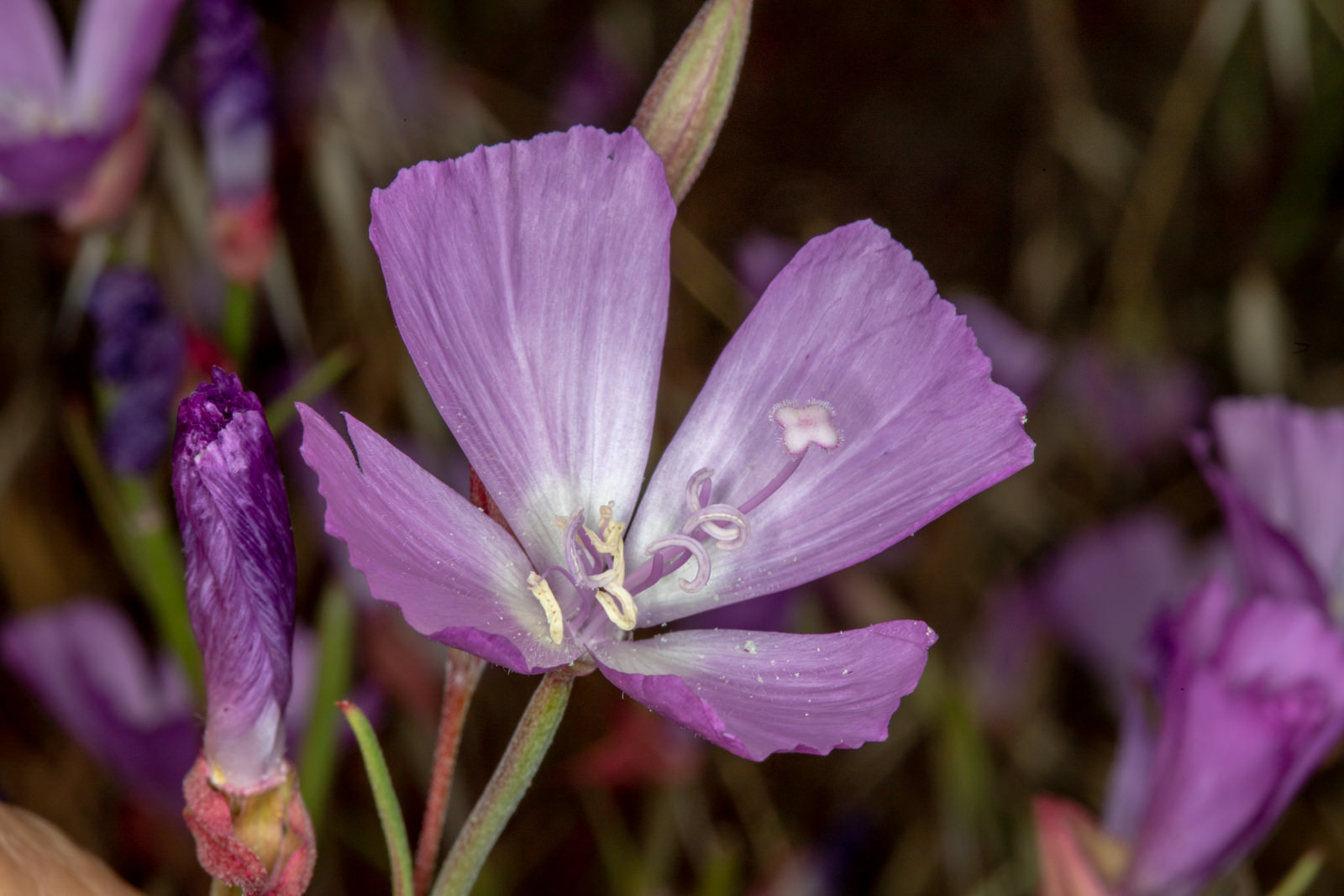 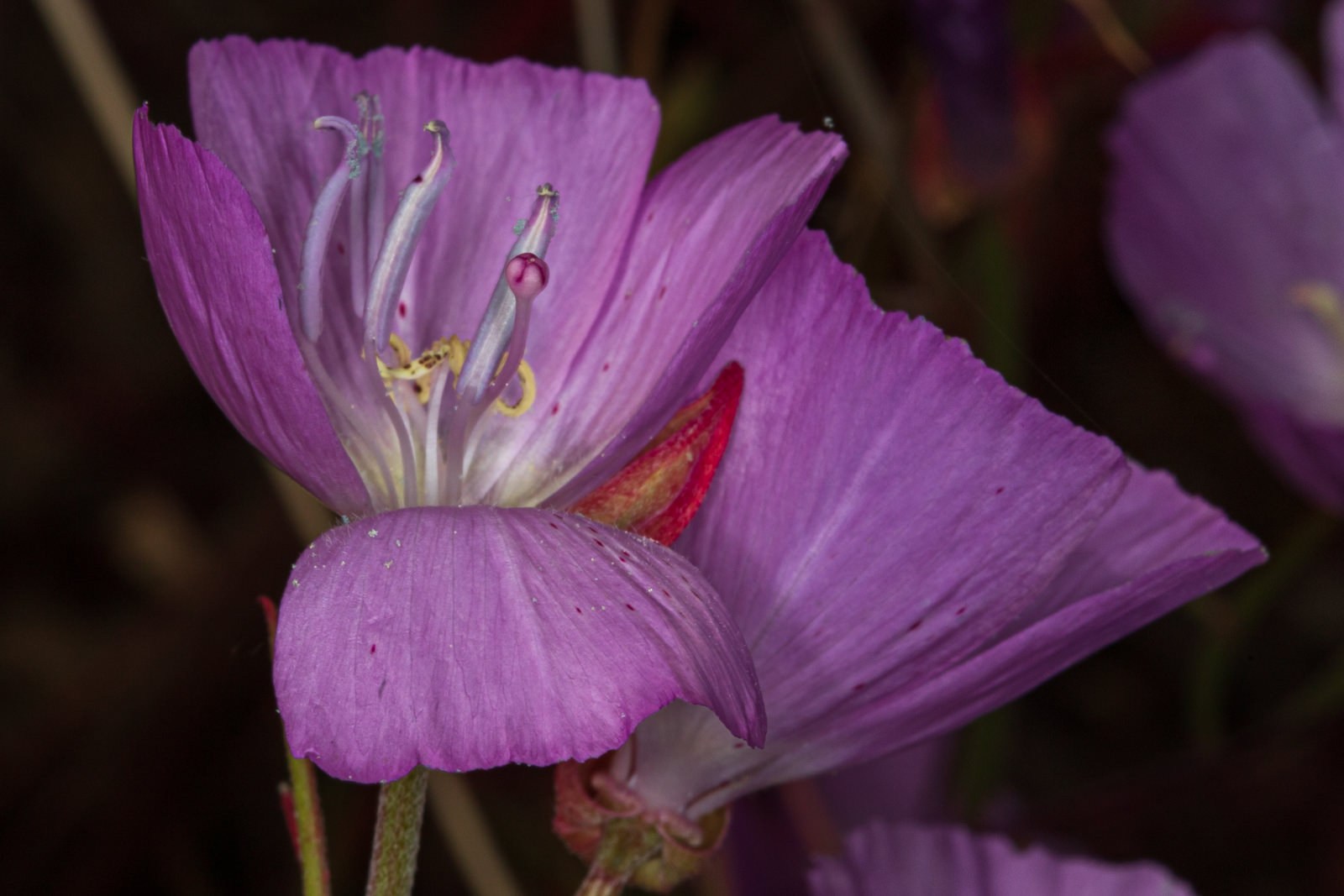 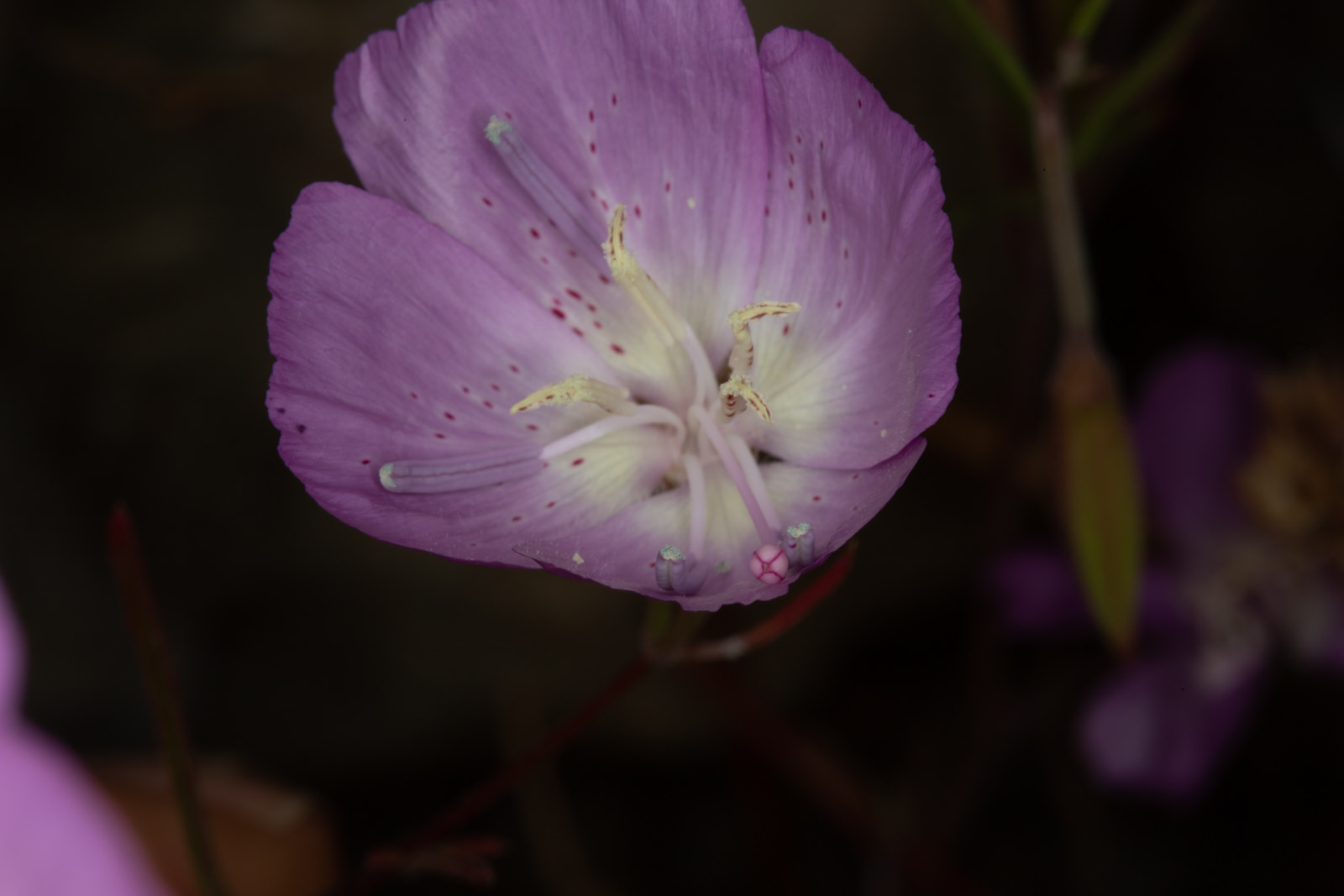 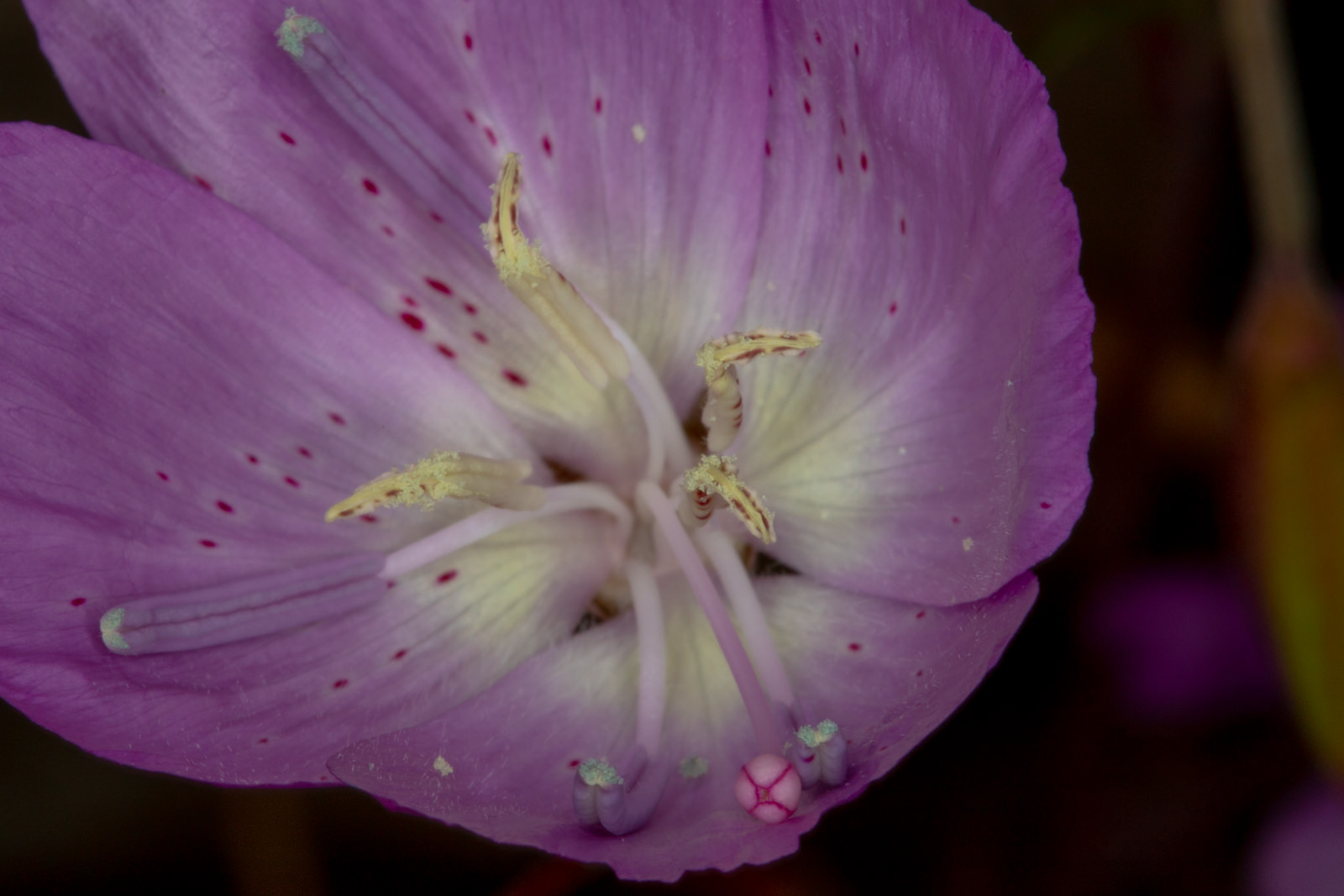 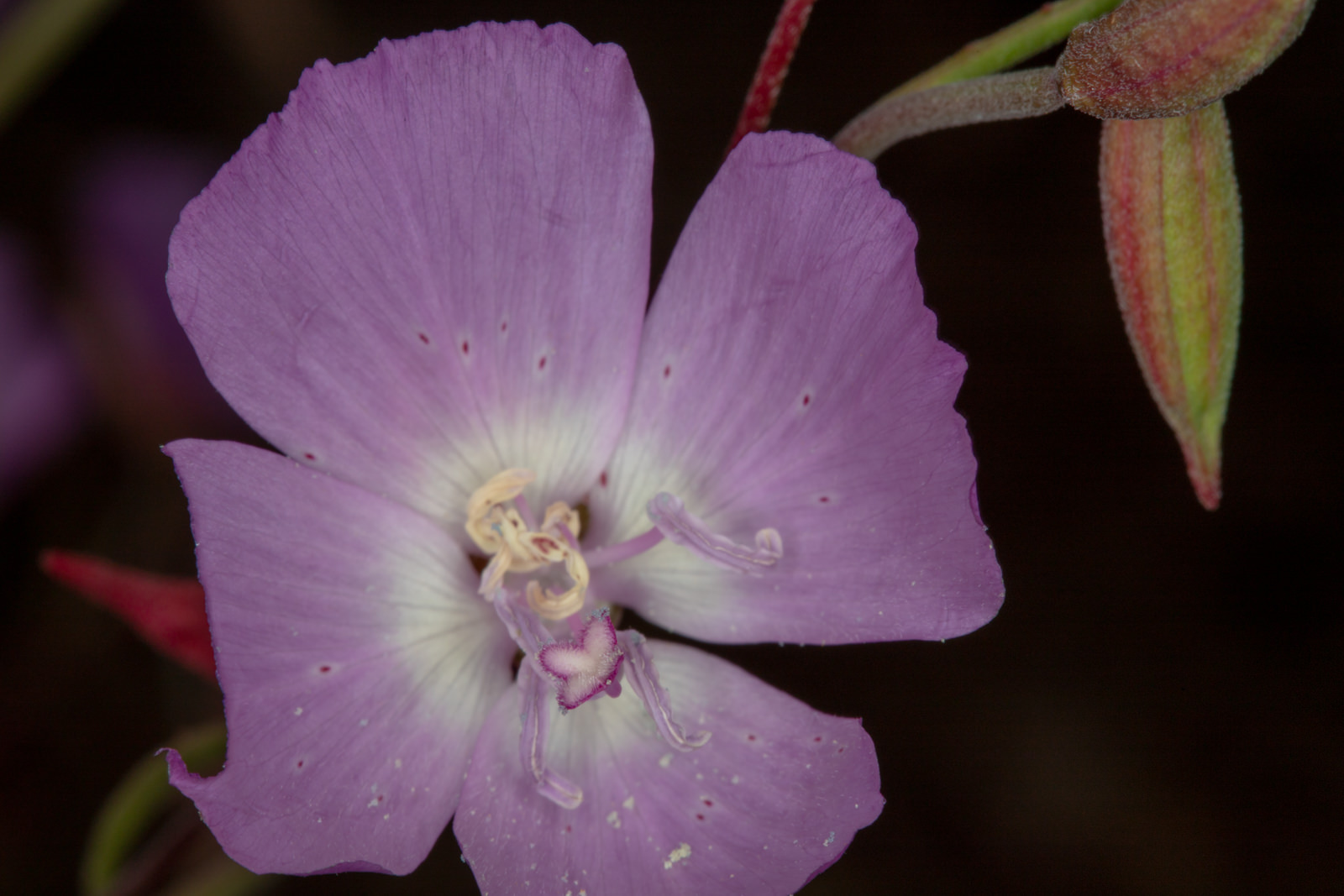 Aptly named, the blooms of Farewell-to-Spring Clarkia bottae - signal that the peak of the Spring bloom is over. The Farewell-to-Spring flower is bowl shaped, pink to lavender in color, often speckled with red and blooms from late April to July (depending on the timing and amount of rain). Botanist use the word pendant to describe how the flower buds hang downward before changing position when the flowers open. You can see this in several of the images. The stigma protrudes from the corolla and is surrounded by shorter stamens. I found it fascinating to watch the stigma change over time from an orb like structure to a fuzzy nearly cross-like structure. Clarkia bottae grows on spindly stems and and is sparsely outfitted with narrow leaves.

Many people confuse this flower with Speckled Clarkia. Similar traits - coloring and red speckled petals - cause most of us to assume Speckled Clarkia. Both are annuals, bloom in similar time frames and locations. Closer examination of the flowers yields the clues that make the job of identification easier:

Clarkia bottae is endemic (grows natively only in our state) to California. Native peoples farmed (sowed the seeds and harvested them) of this plant to use the seeds for food (after grinding them). For a much deeper dive into this plant I recommend the following link: Tom Chester's website

Link to Calfora.net - the best source of this fascinating information! Name Origin: Clarkia  Clarkia is named for William Clark (1770-1838) who with Captain Meriwether Lewis made the first transcontinental expedition from1804 to 1806.
bottae:after the variously named Paulo Emilio Botta or Paul-Émile Botta (1802-1870), Italian/French diplomat and archeologist