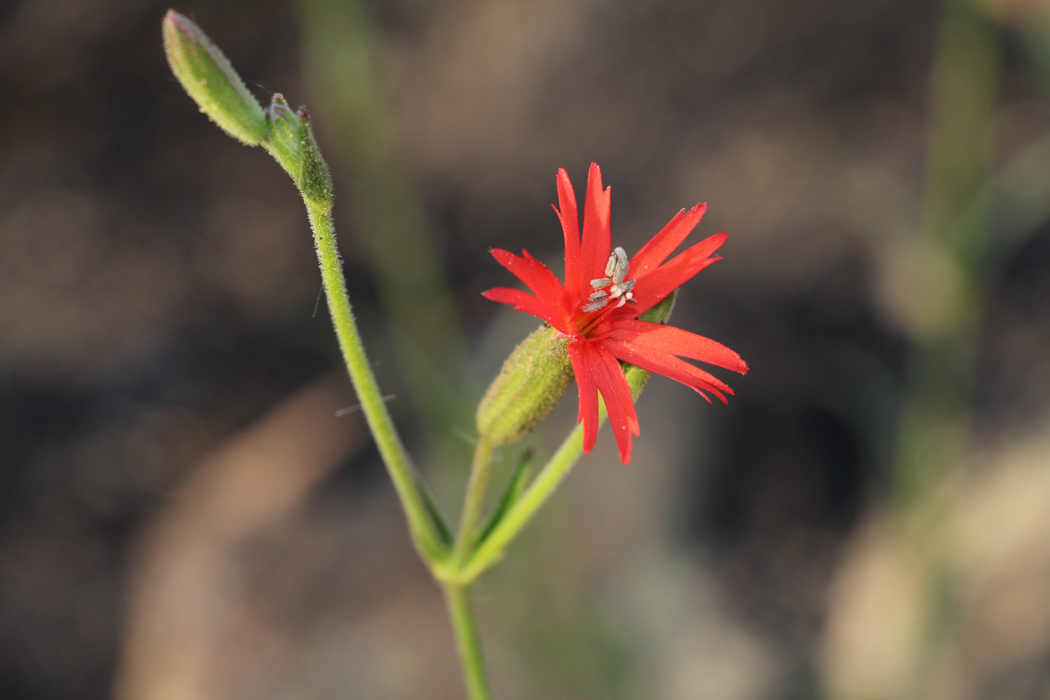 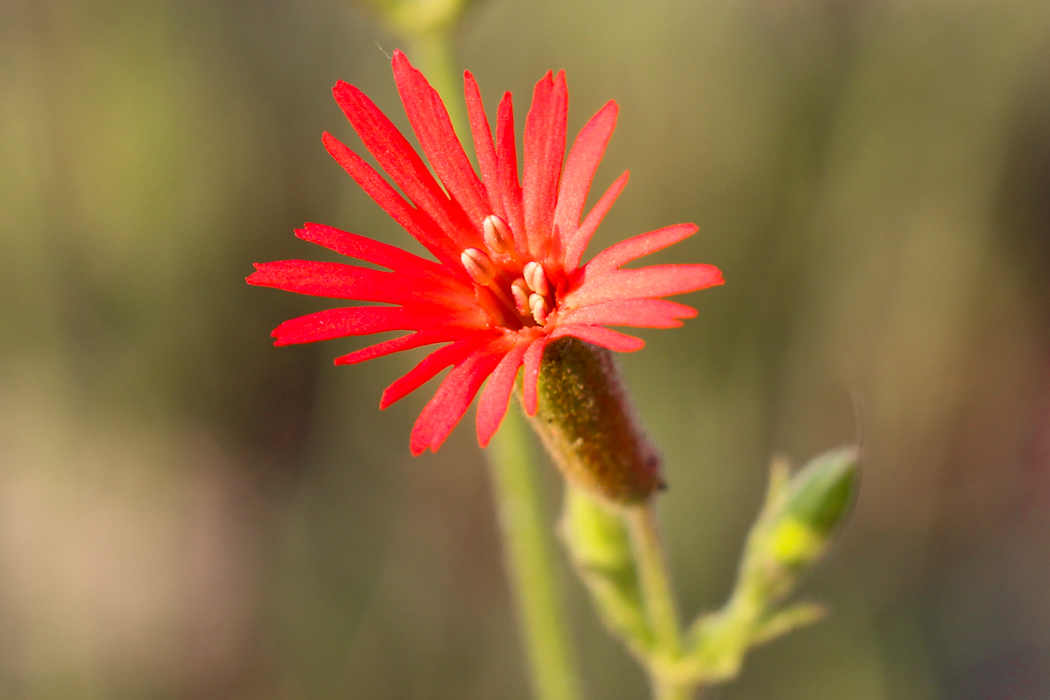 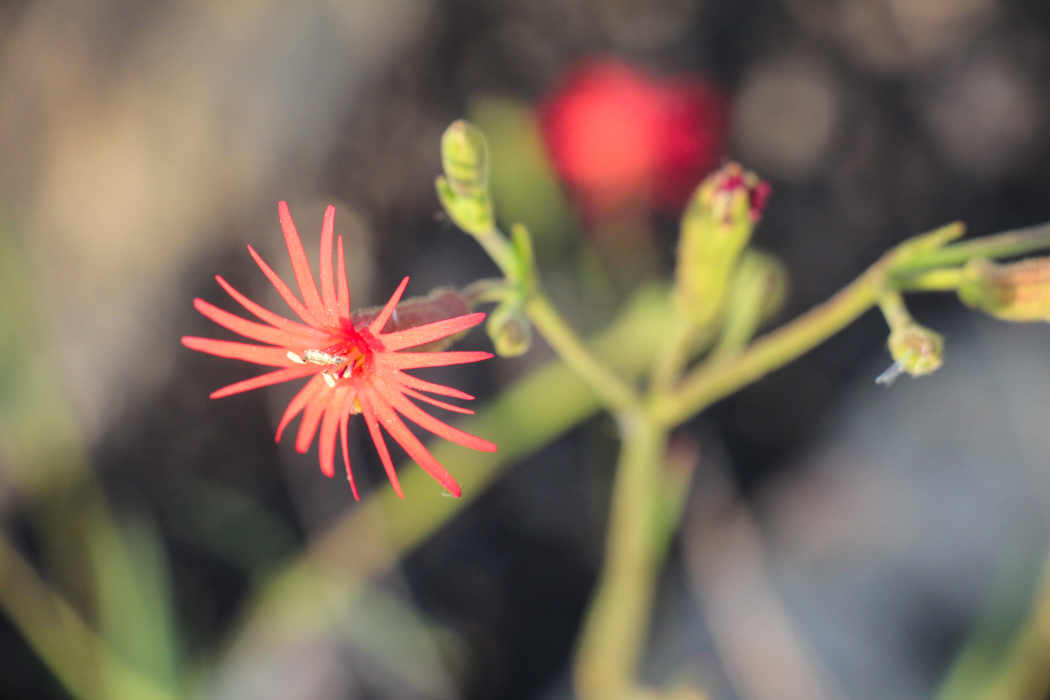 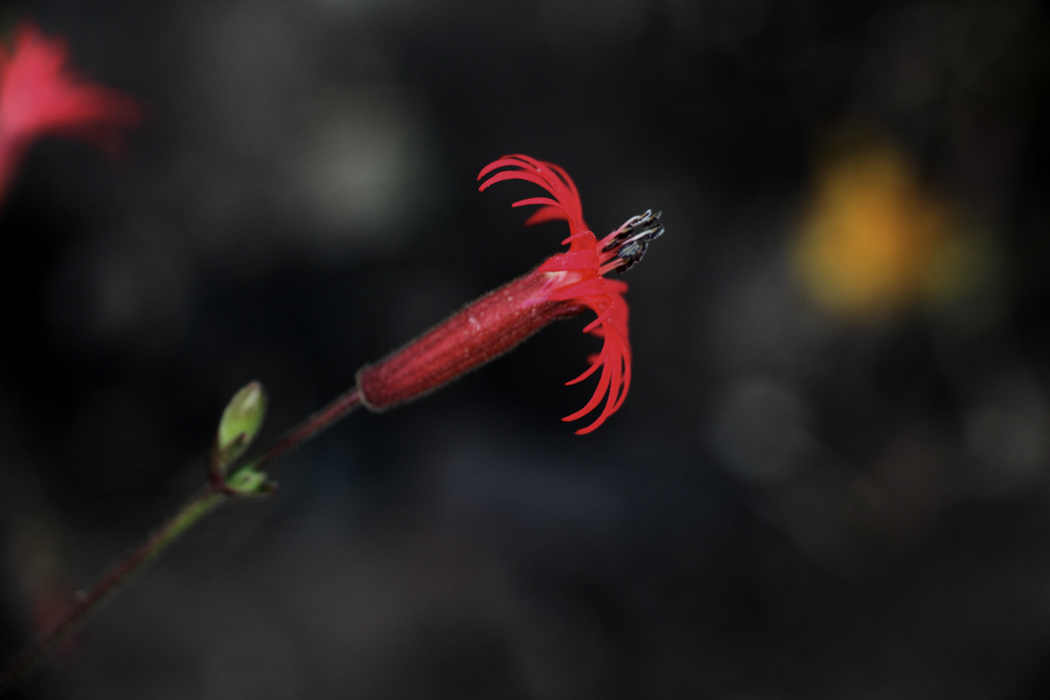 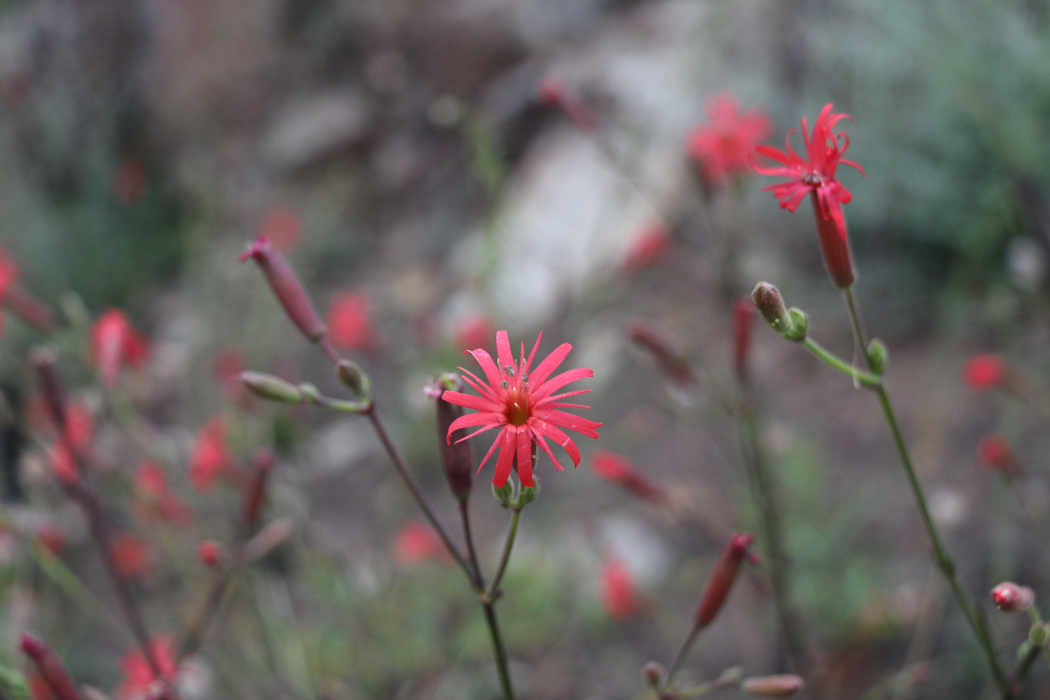 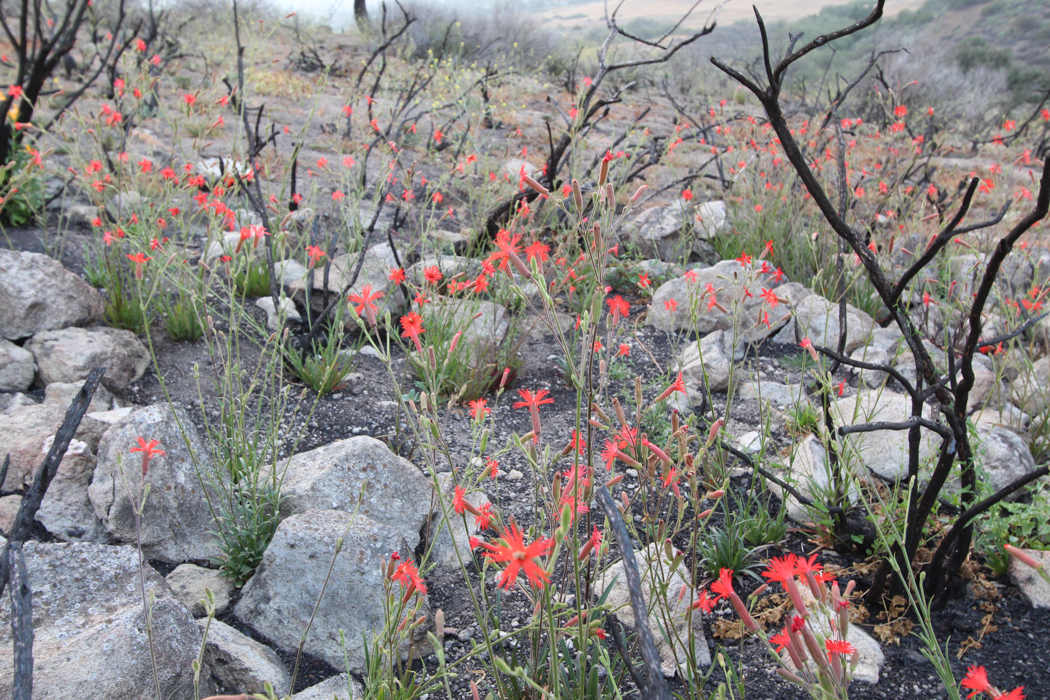 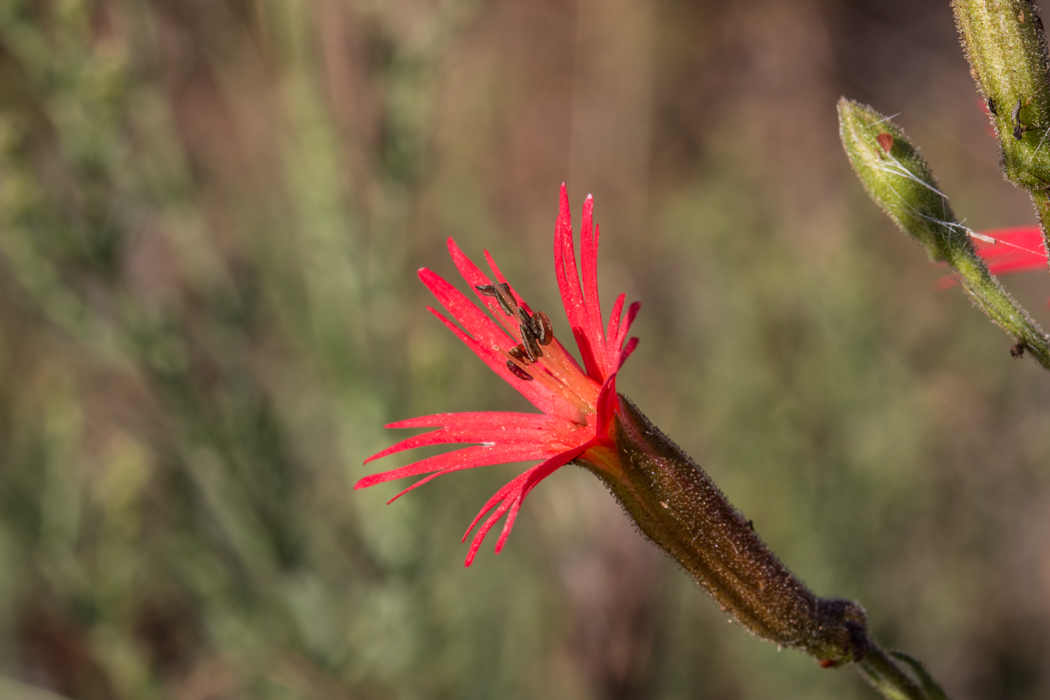 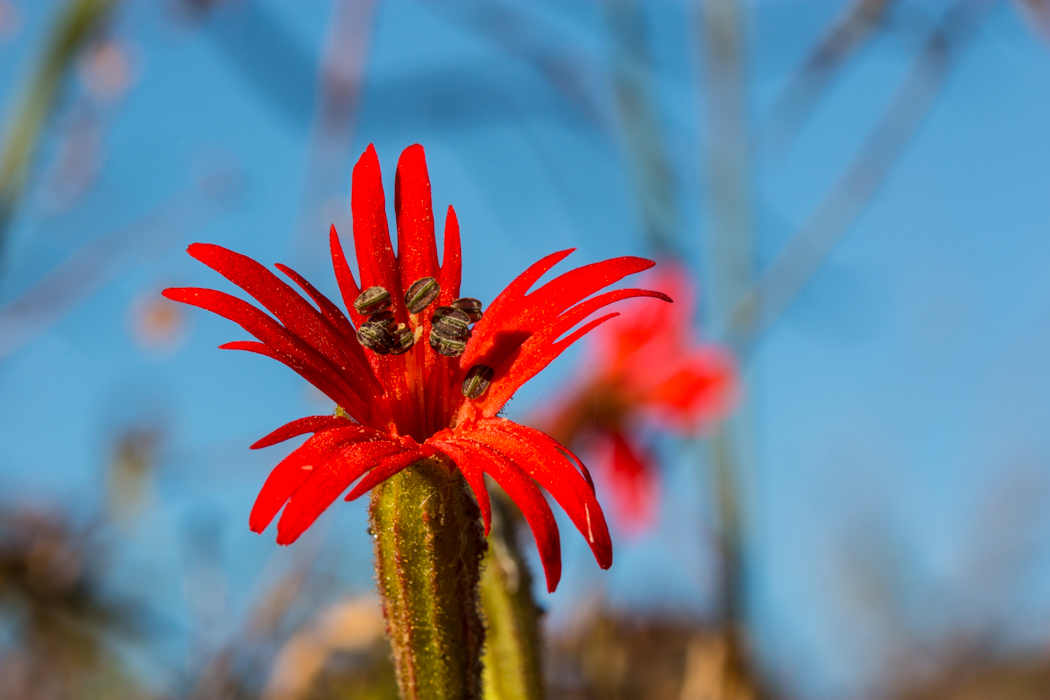 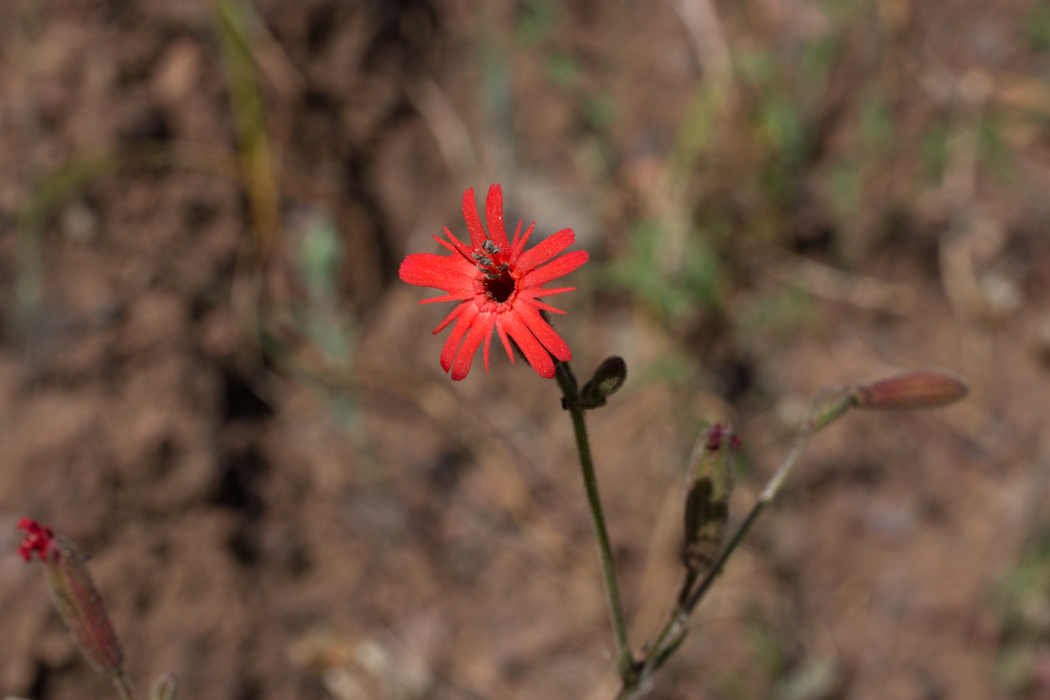 Fringed Indian Pink is more red than pink but definitely fringy. The flowers have five petals that appear slashed into fringes - Laciniata means "torn" - about an inch or so in diameter. It blooms from April to July. The leaves are linear-shaped, about 2 inches long. Leaves and the swaying, limp stems are hairy and sticky, making it one of several plants with the common name of "Catchfly". The genus name of Silene also refers to the excretion of a sticky or foamy substance - either for the intoxicated foster father of the Greek figure Bacchus, or the Greek word "sialon" meaning saliva.

Hummingbirds and other winged creatures pollinate this plant rather than the various legged insects who avoid the sticky stems. There is another plant going by the common name of Indian Pink, Spigelia merilandica, but this is found in the eastern half of the country and is not related to this plant which is only found in the extreme western states.

Curious what was featured in past Plants of the Month? Search the Archives.