Plant of the Month - Giant Coreopsis 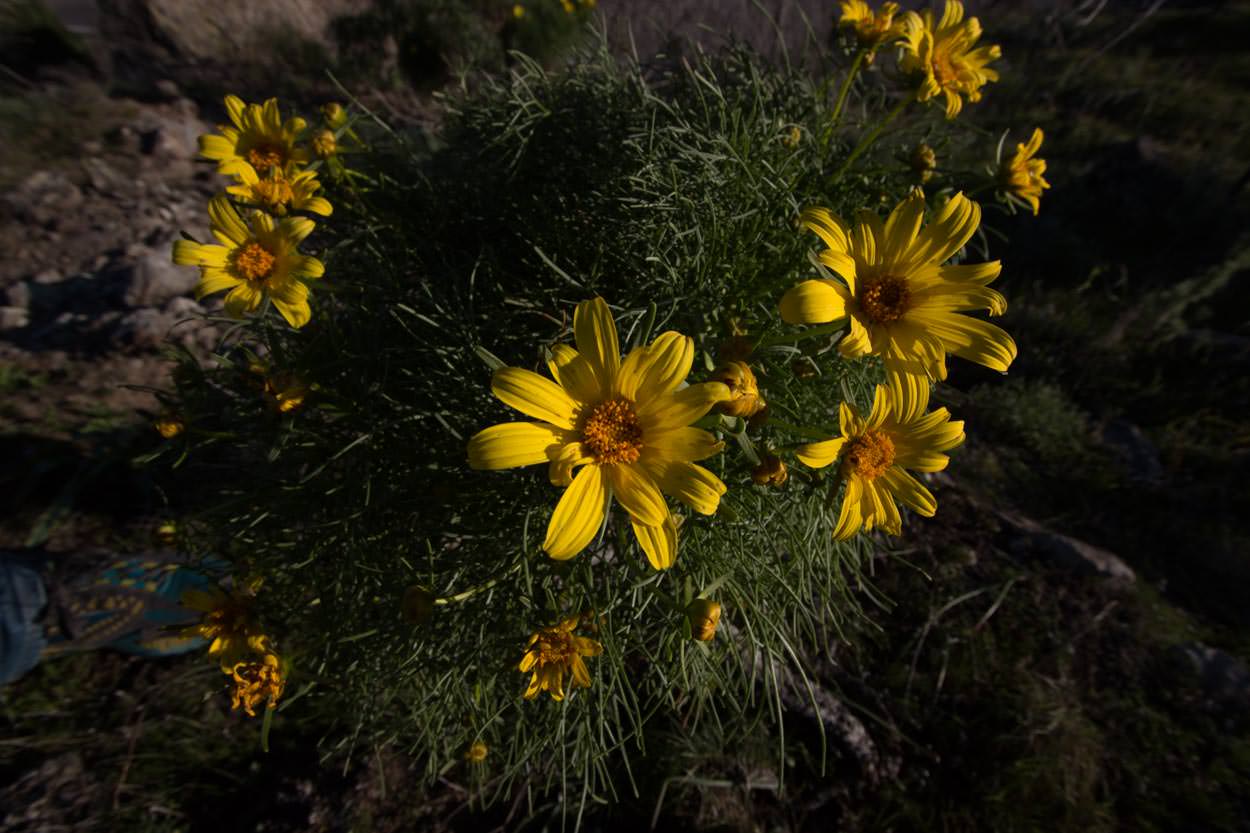 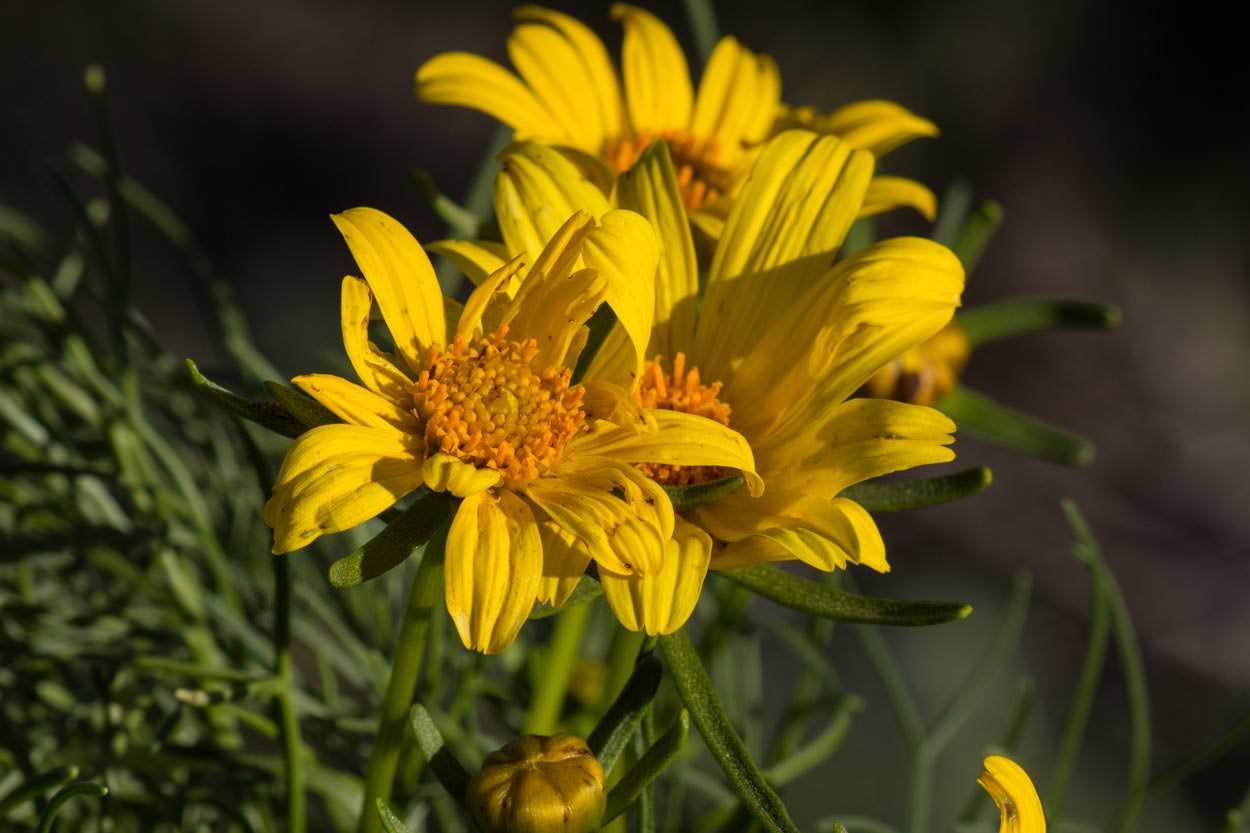 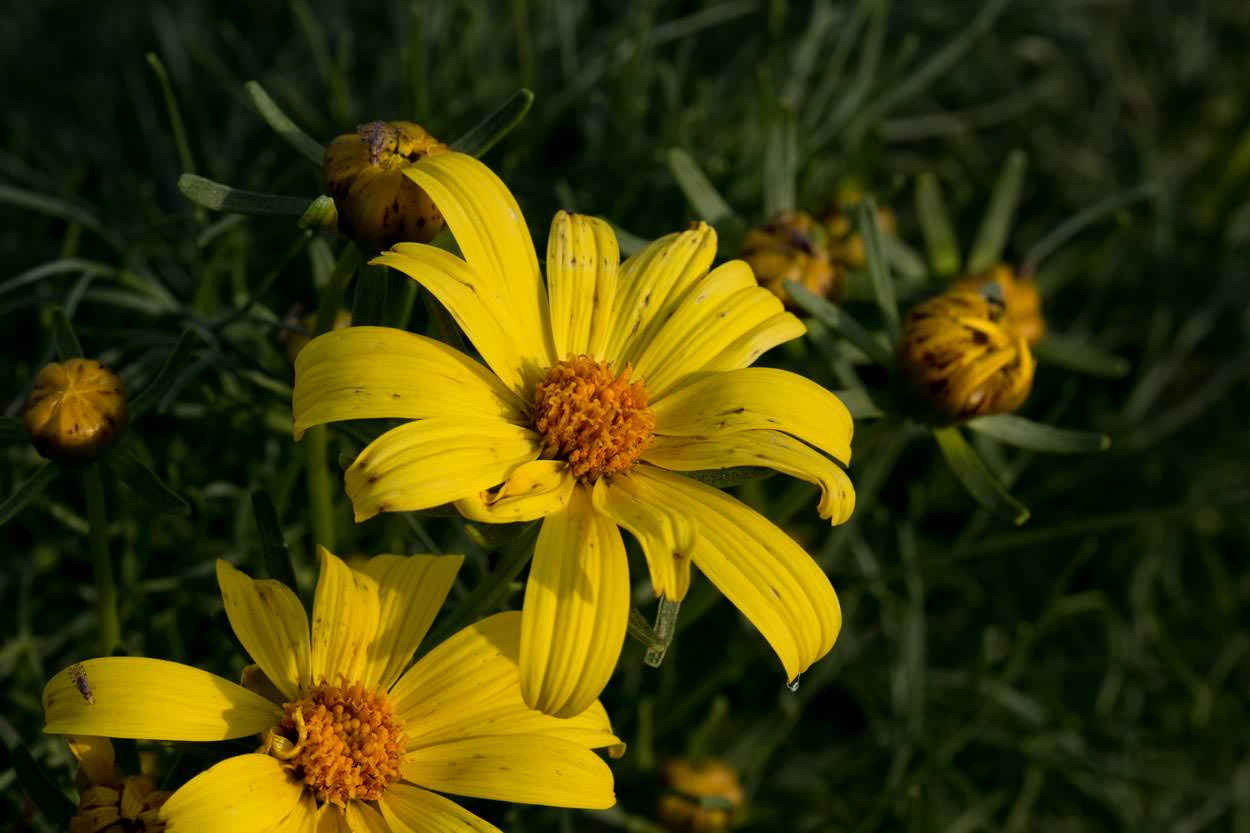 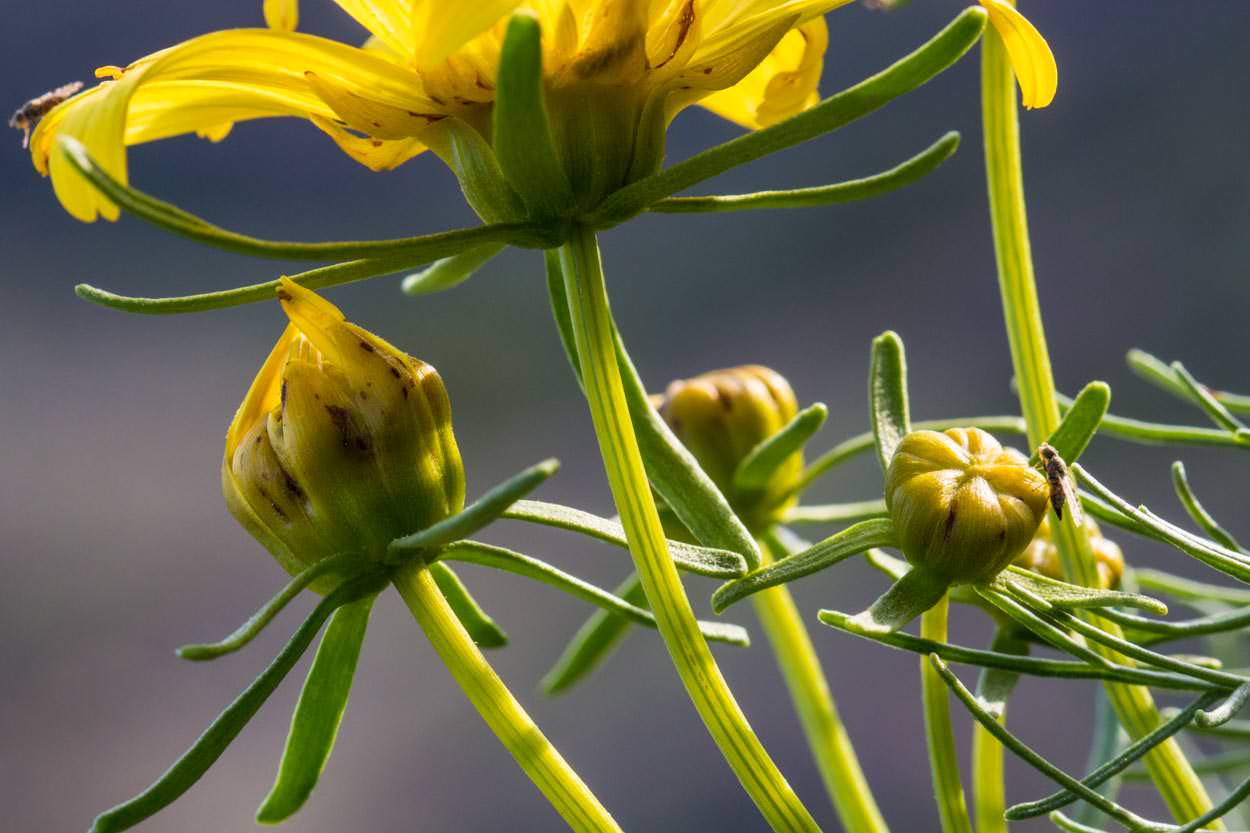 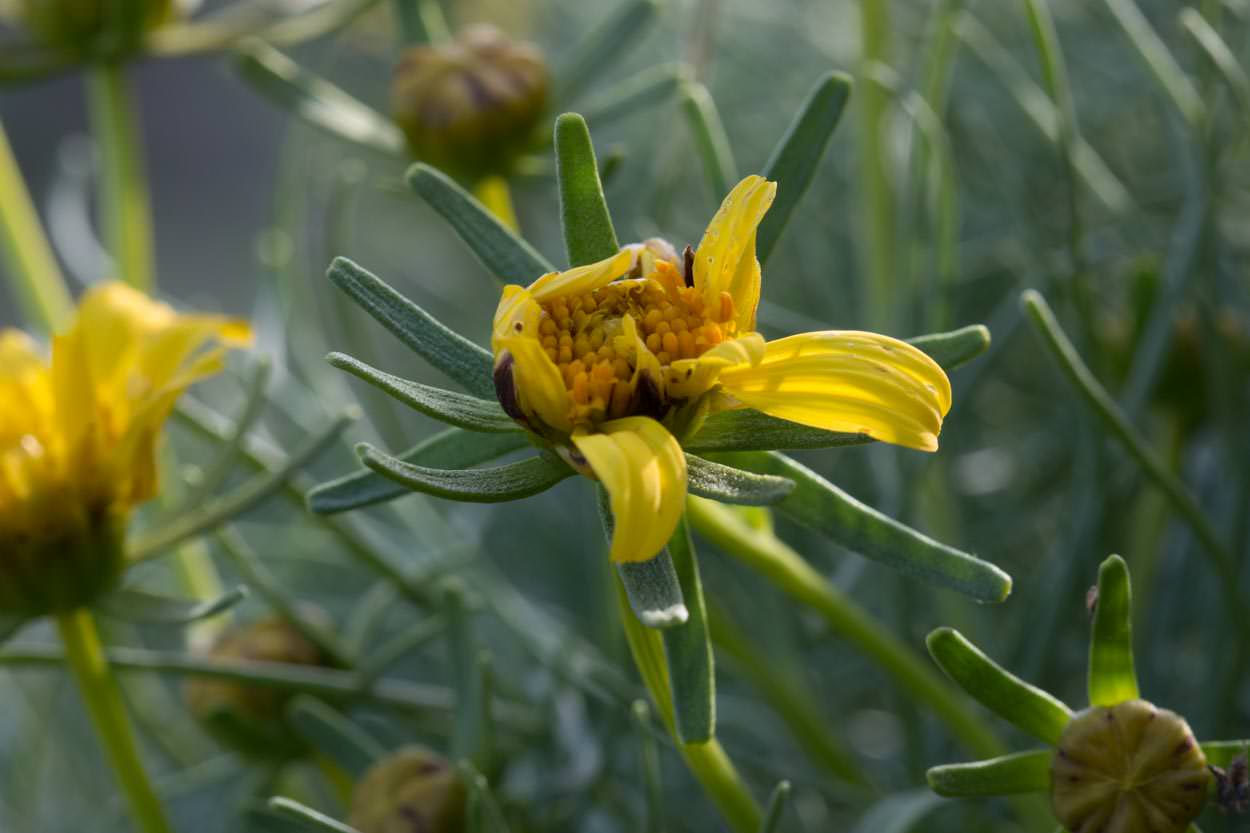 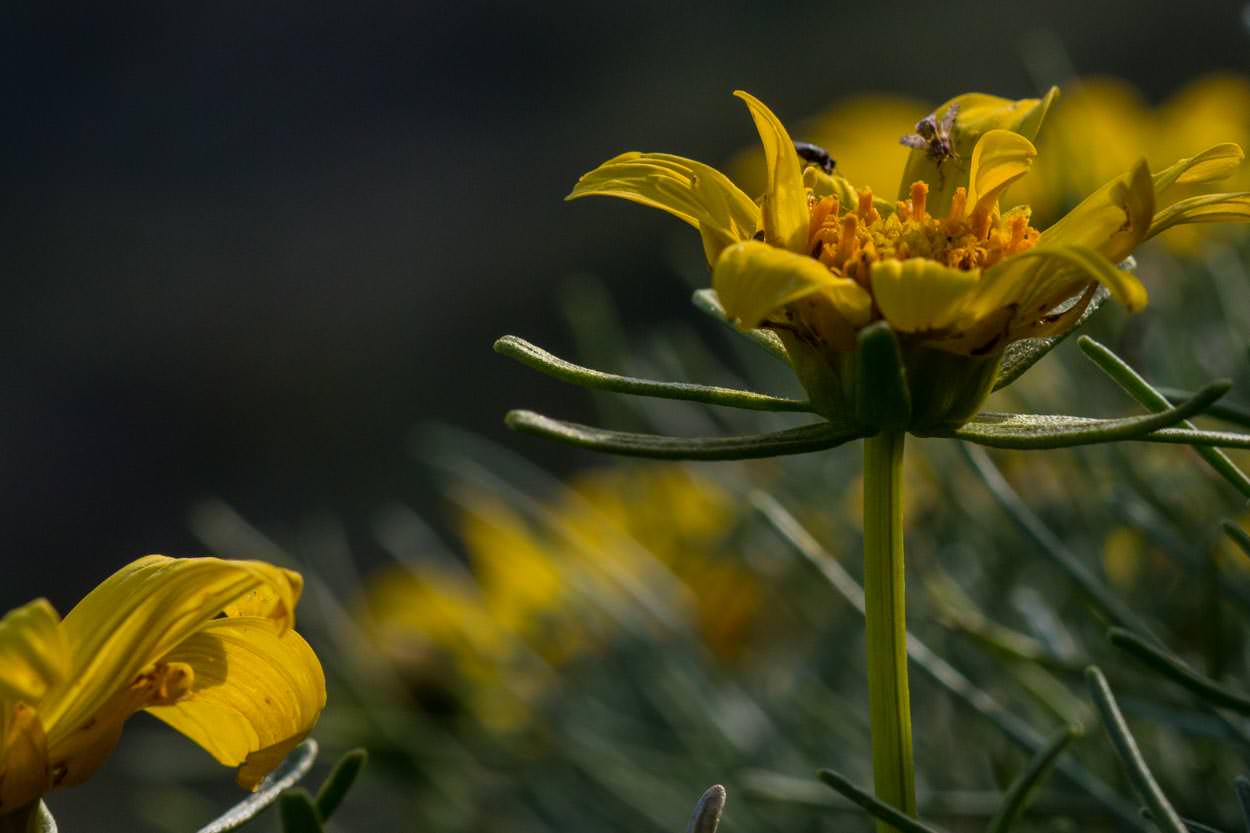 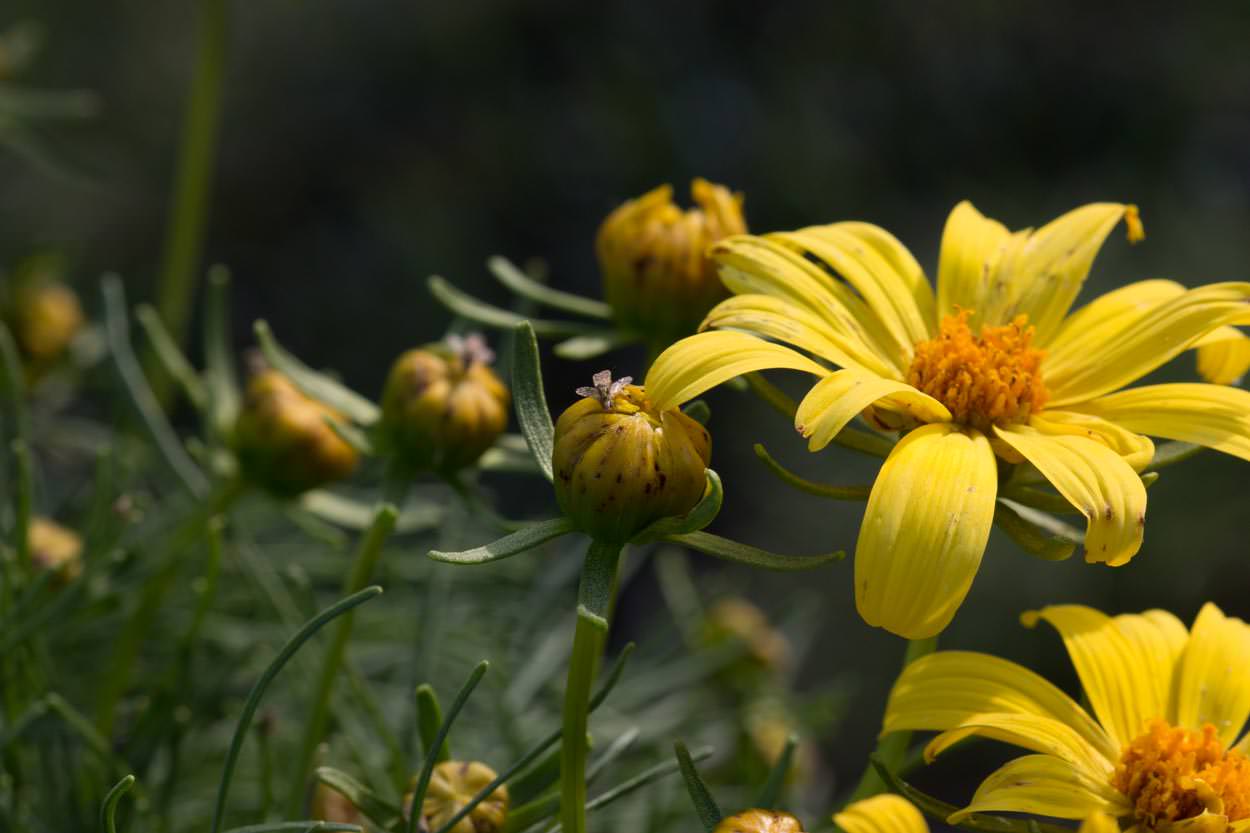 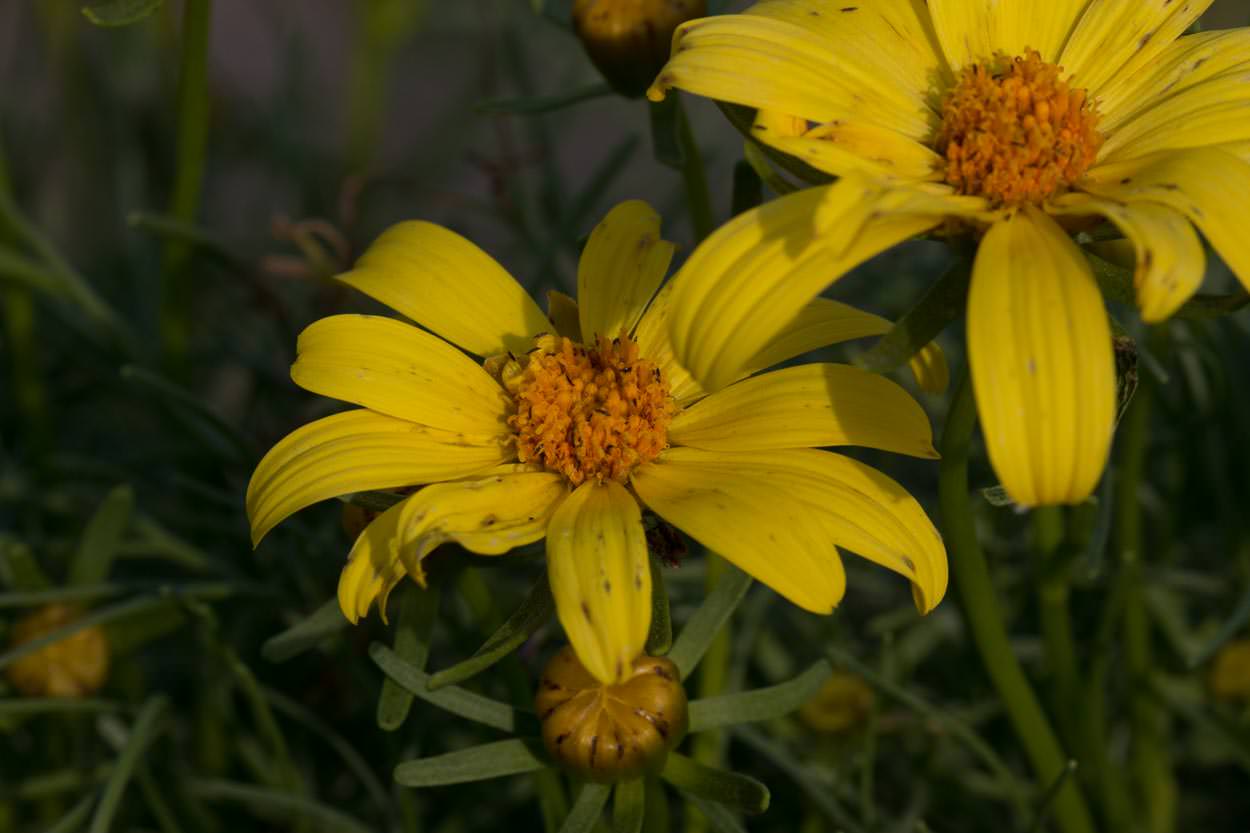 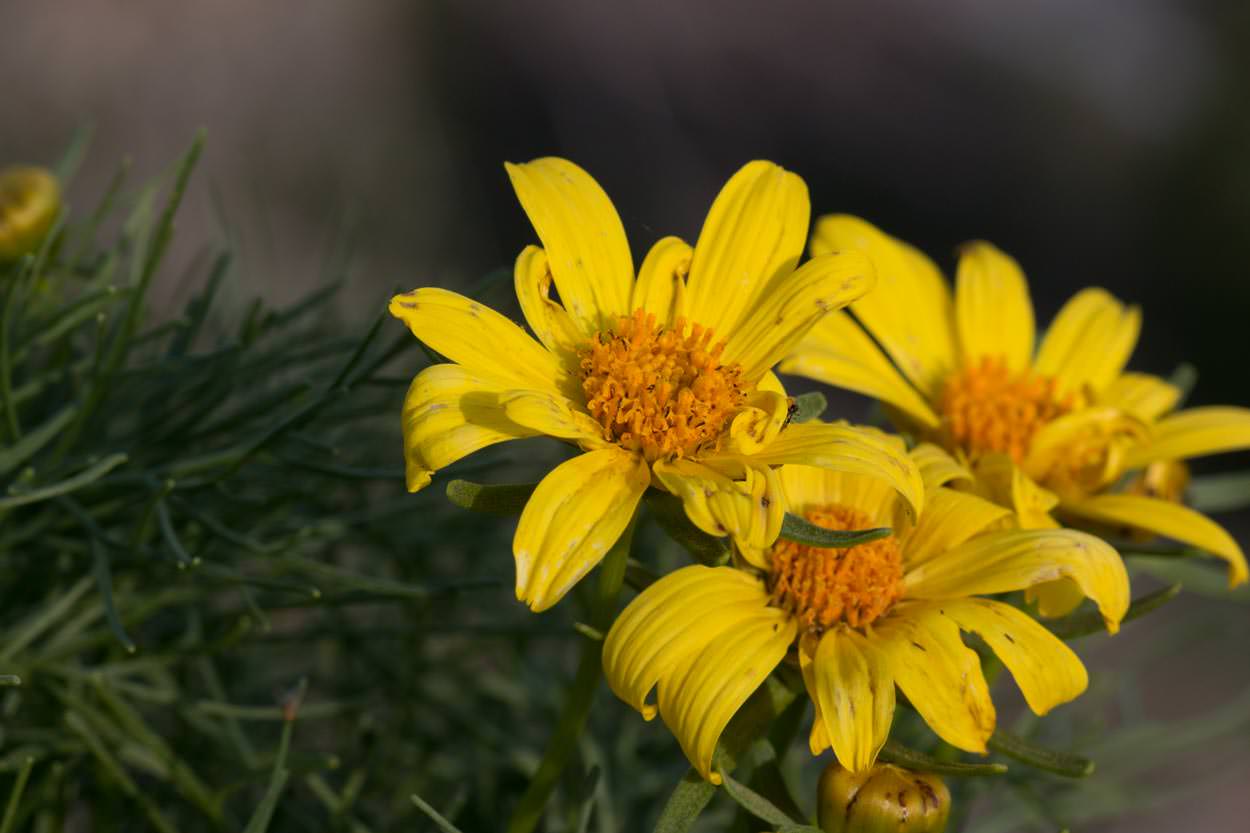 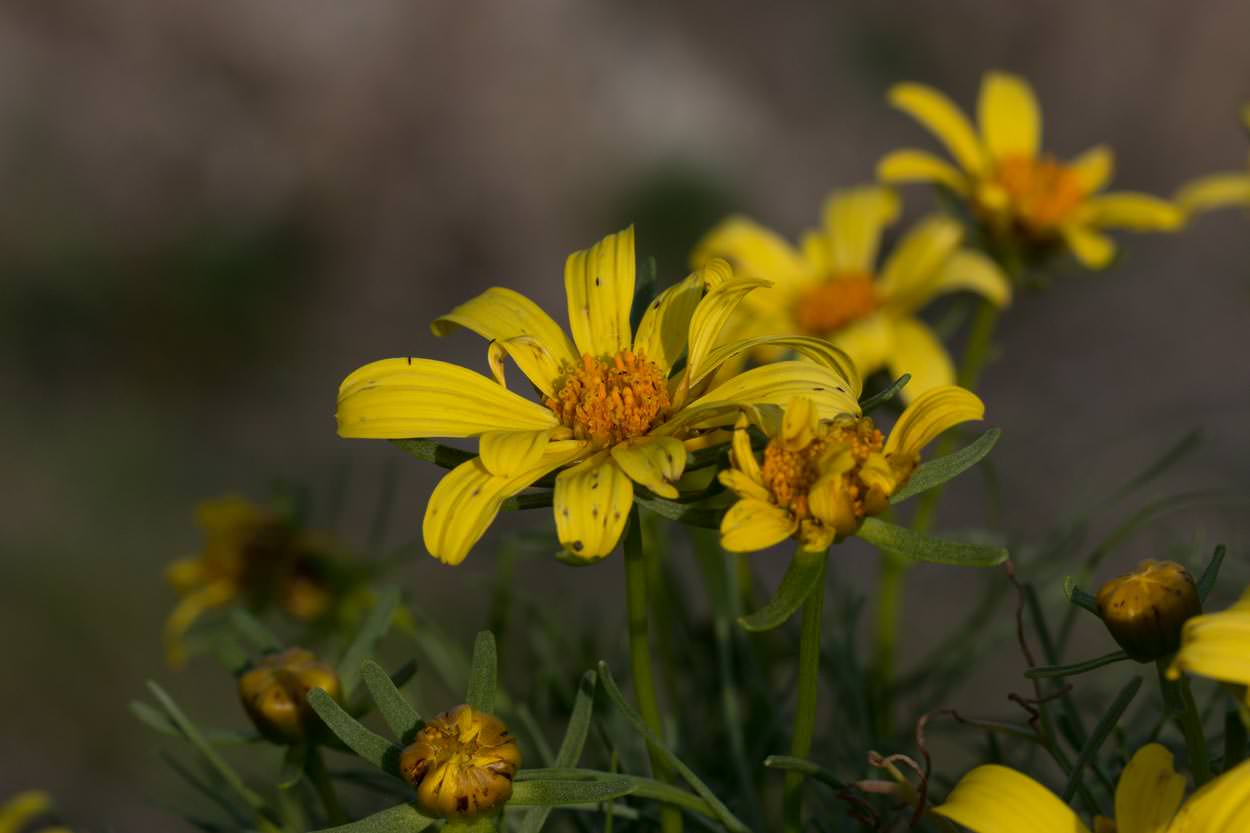 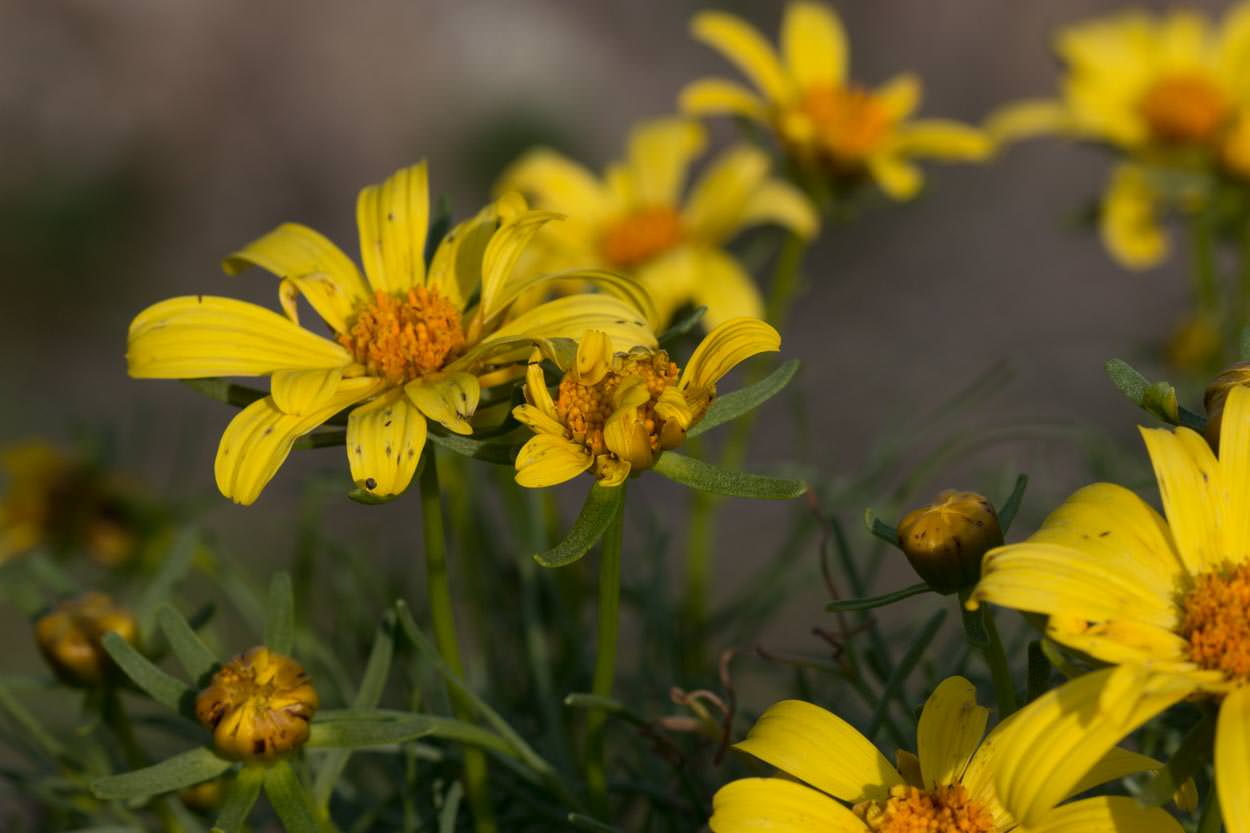 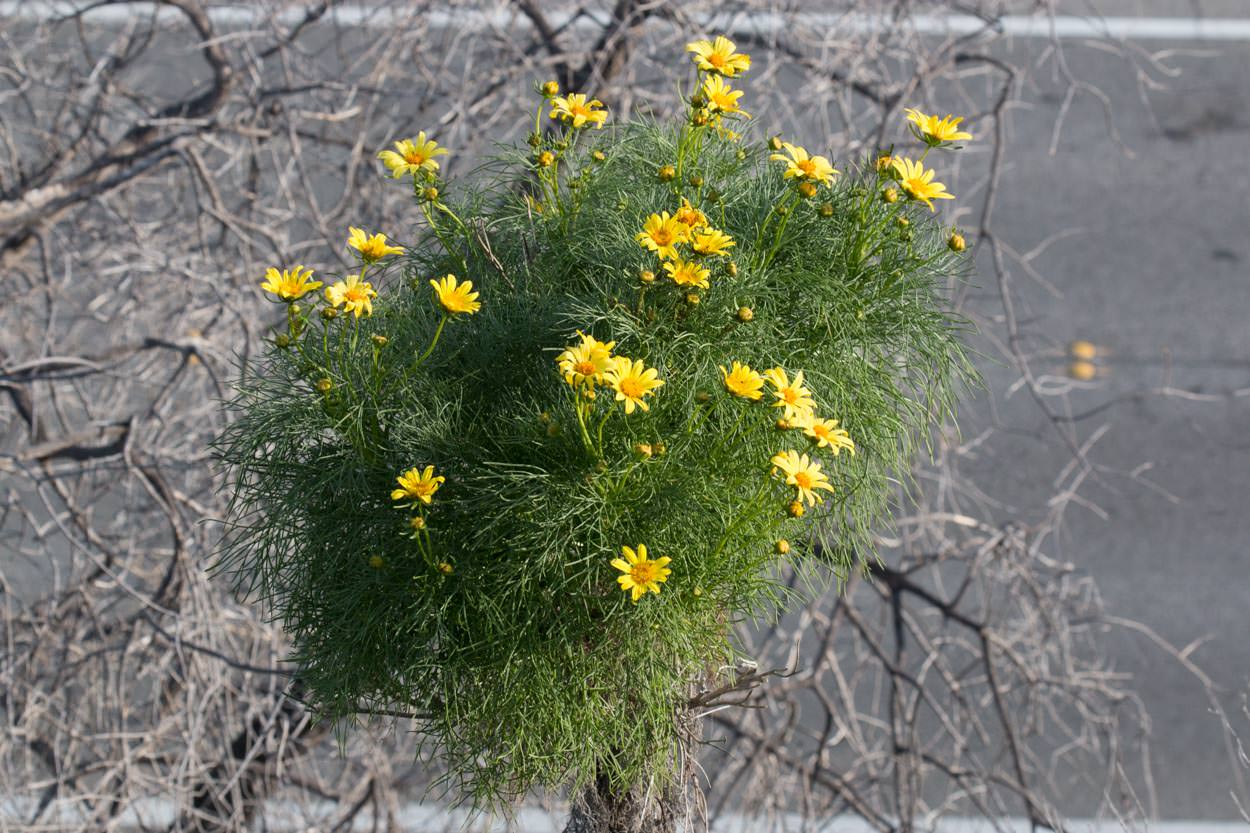 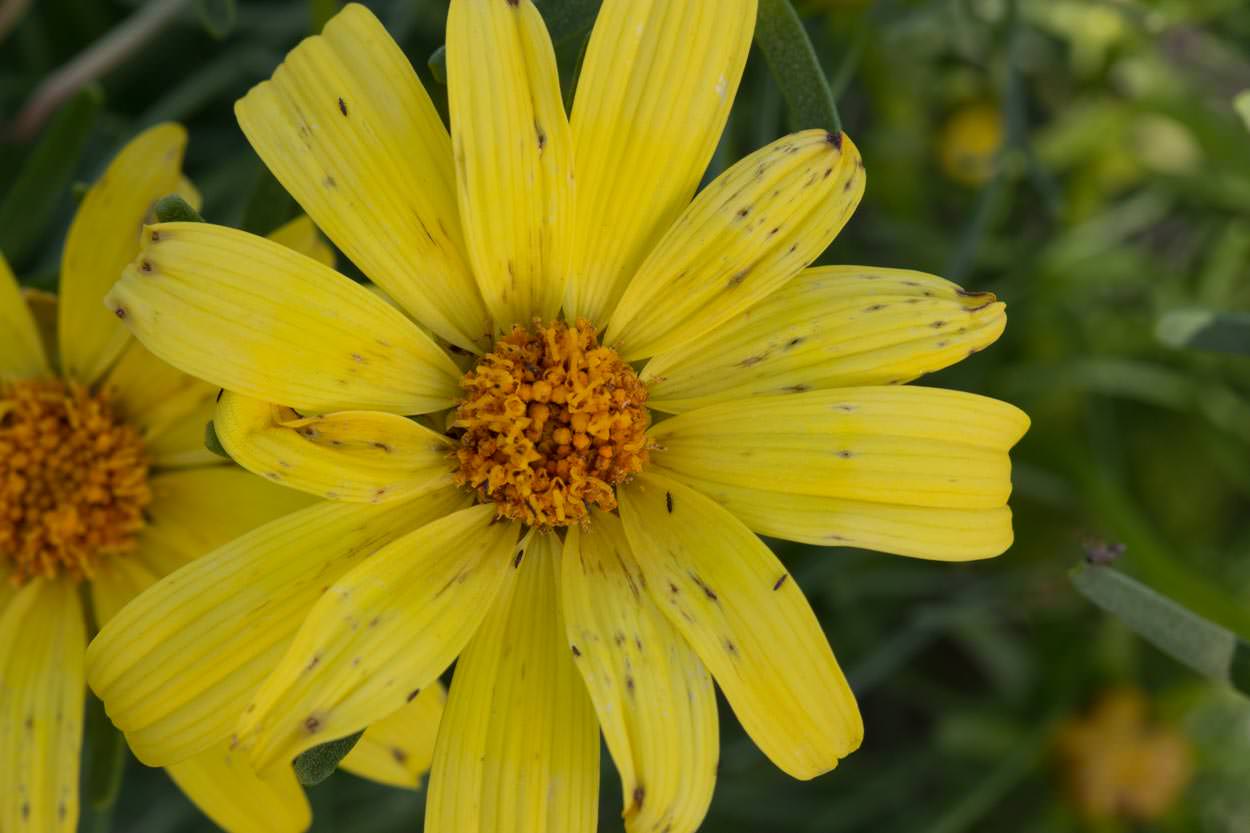 Giant Coreopsis can be found from the Santa Monica Mountains northwestward into Central California, never very far from the coast. It is especially common on the Channel Islands, in particular on Anacapa Island, where the California Brown Pelican relies on the plant for building its nests. On the mainland, there is a sizable grove of Giant Coreopsis along the La Jolla Canyon Trail, just past the waterfall. Leo Carrillo, Point Dume and other locations along the coast also support colonies of it. The plant needs a certain amount of moisture in the cooler months to thrive, and on the mainland where rainfall is normally a bit less than ideal, it compensates for the shortfall by procuring moisture from coastal fog. In contrast, it requires drought in the summer months - too much water and the root will rot, causing the plant to perish.

Giant Coreopsis has a cartoonish, tree-bouquet-like appearance that makes it easy to recognize. The base of the plant is an erect, bare, fleshy stalk up to 5 inches in diameter. From this central stalk grow several branches which support the succulent greenery that appears on the plant in winter. In this way, the plant resembles a tree. Individual leaves can be up to 10 inches long and stringy, forming dense, rubbery, shaggy clusters at the ends of its branches. The large, bright yellow flowers are about 3 inches in diameter and daisy-shaped. They start appearing in bunches atop leafless stems in late February and continue blooming into early May. At the height of blooming, the plant resembles a large floral bouquet. By late spring, the entire plant begins turning brown and drying out. It remains in this ugly, dormant state until winter, when new growth again greens up the plant.

While the flowers are rather large themselves, the gigantea in its name refers to the overall size of the plant - it is not uncommon to encounter specimens over 5 feet tall. The name Coreopsis comes from the Greek word koris which means bug, and refers to the tick-like shape of its fruit.