Plant of the Month - Globe Lily 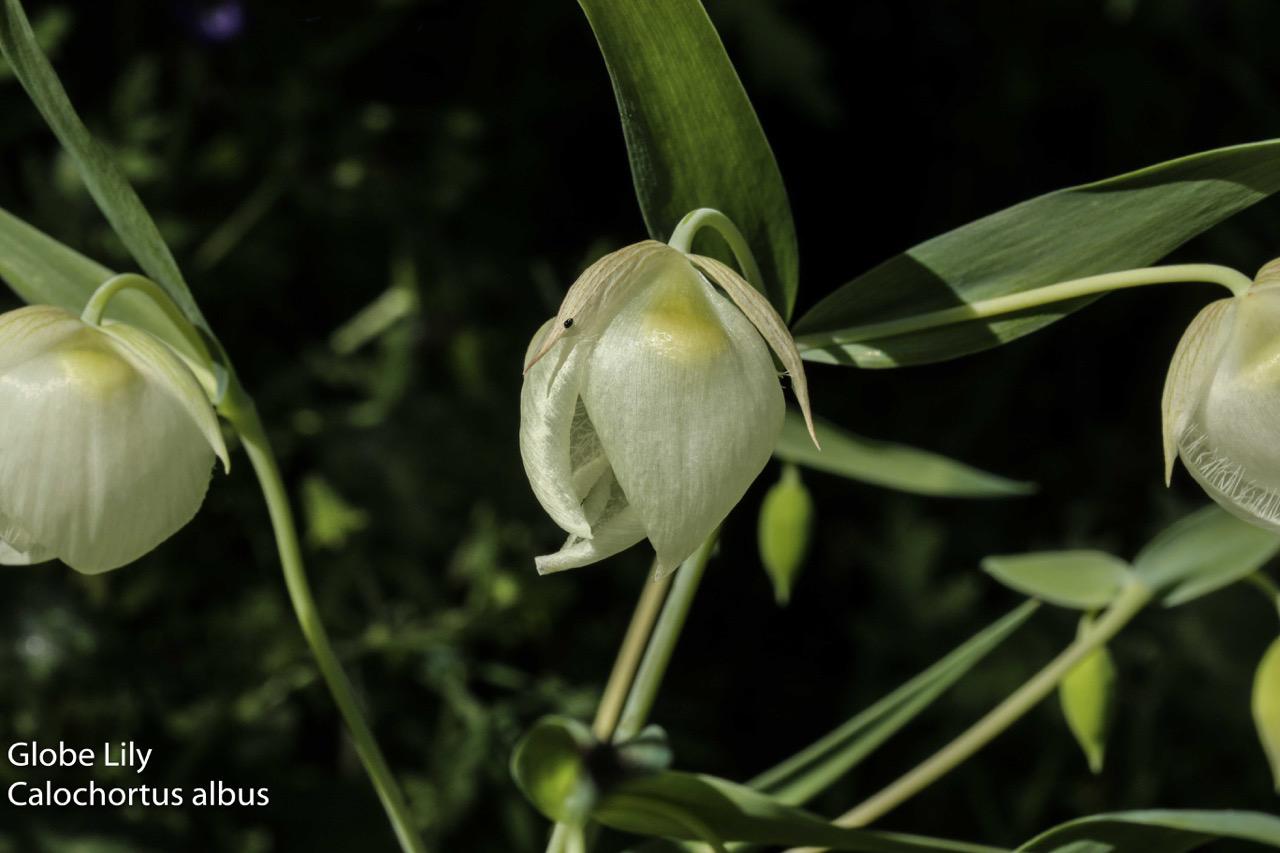 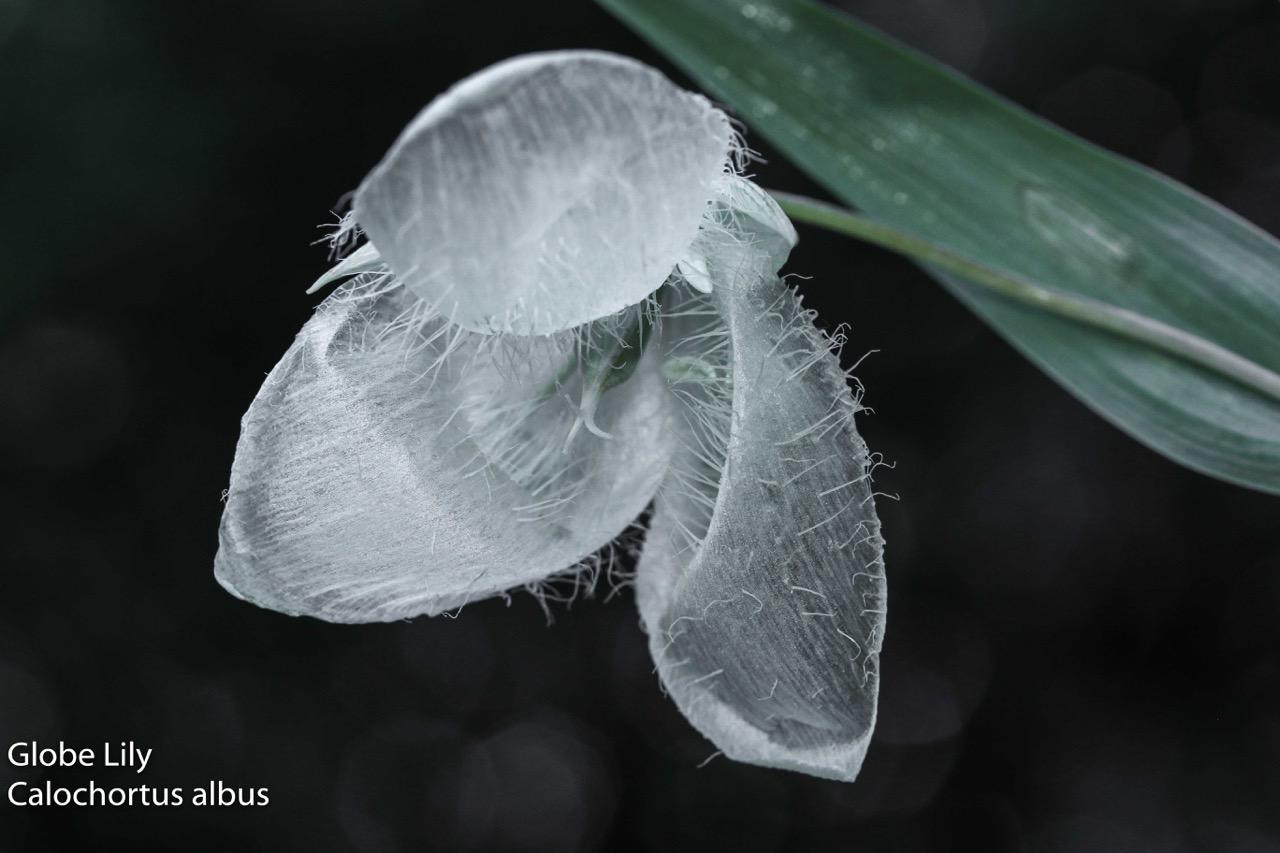 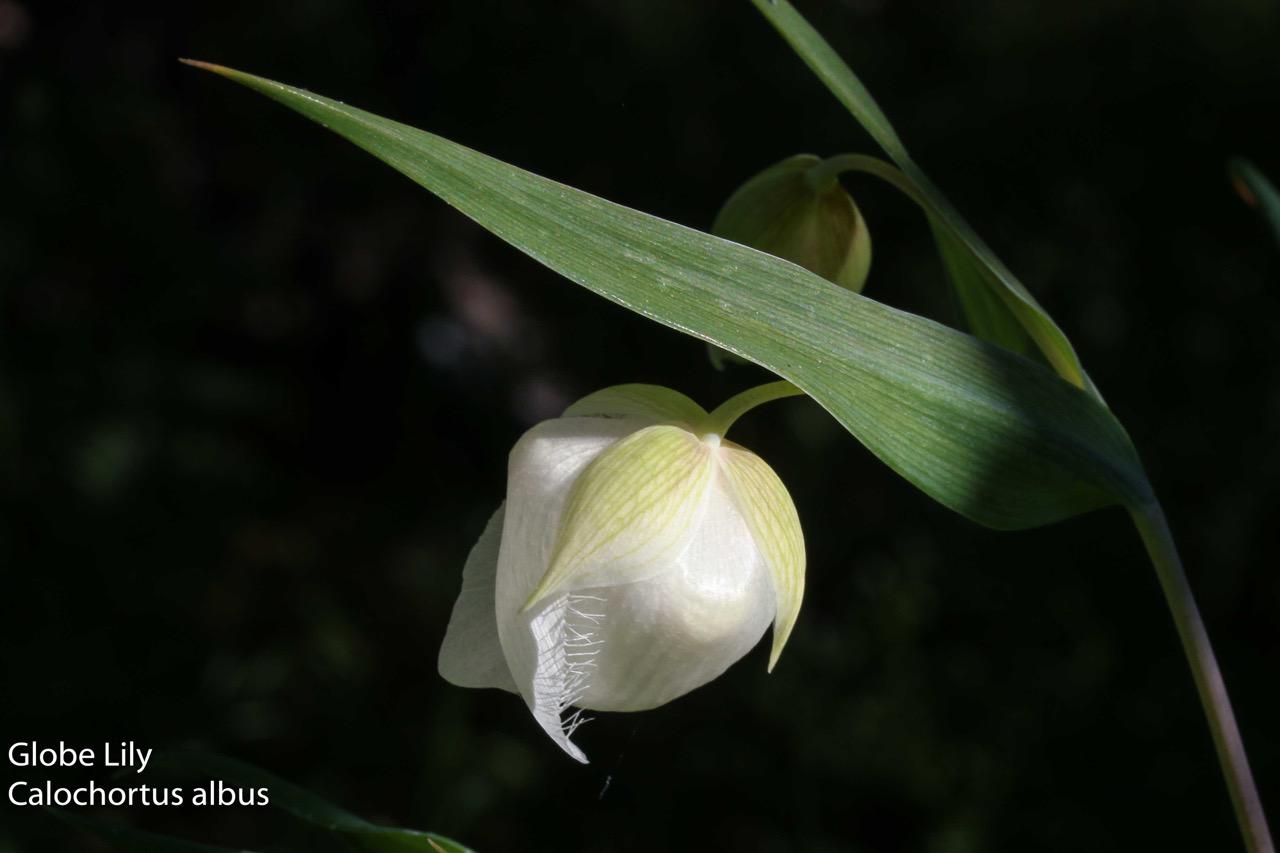 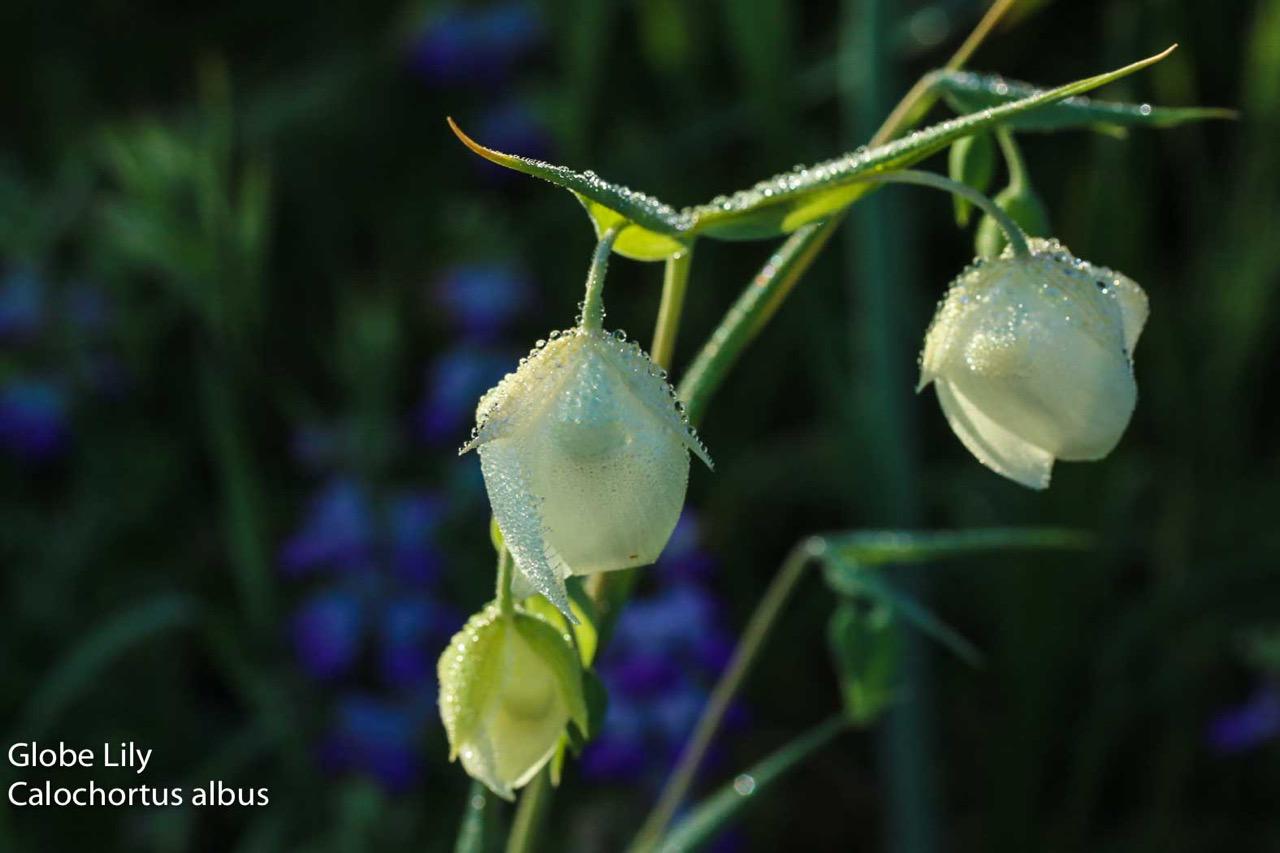 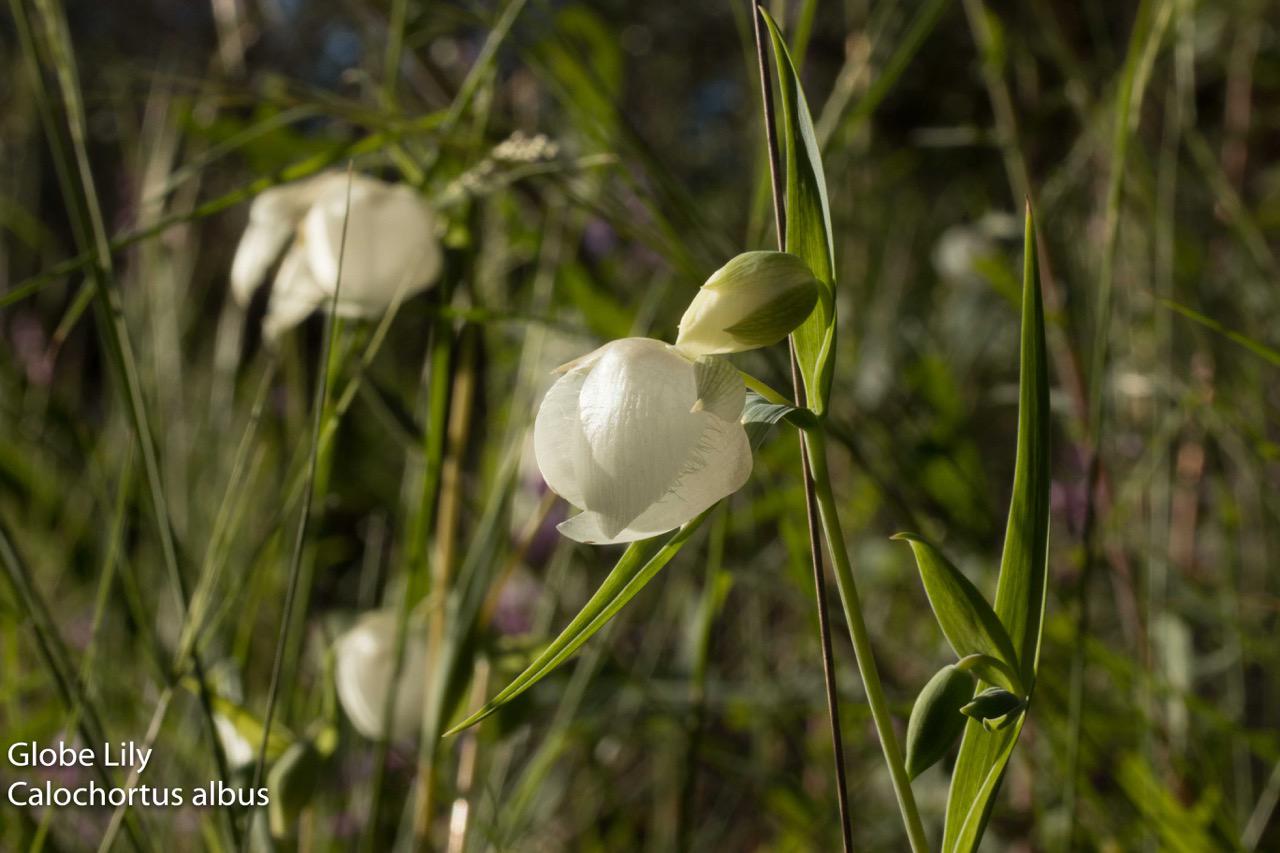 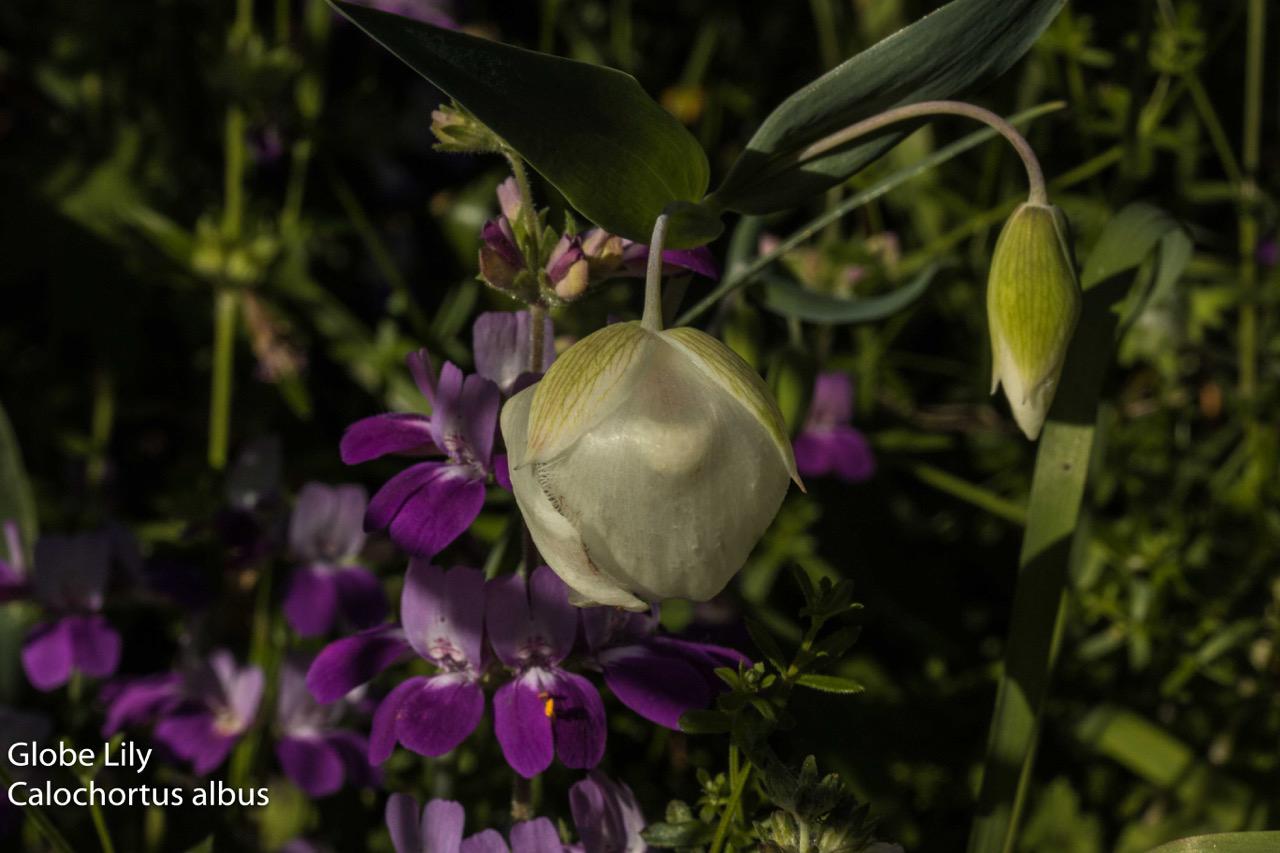 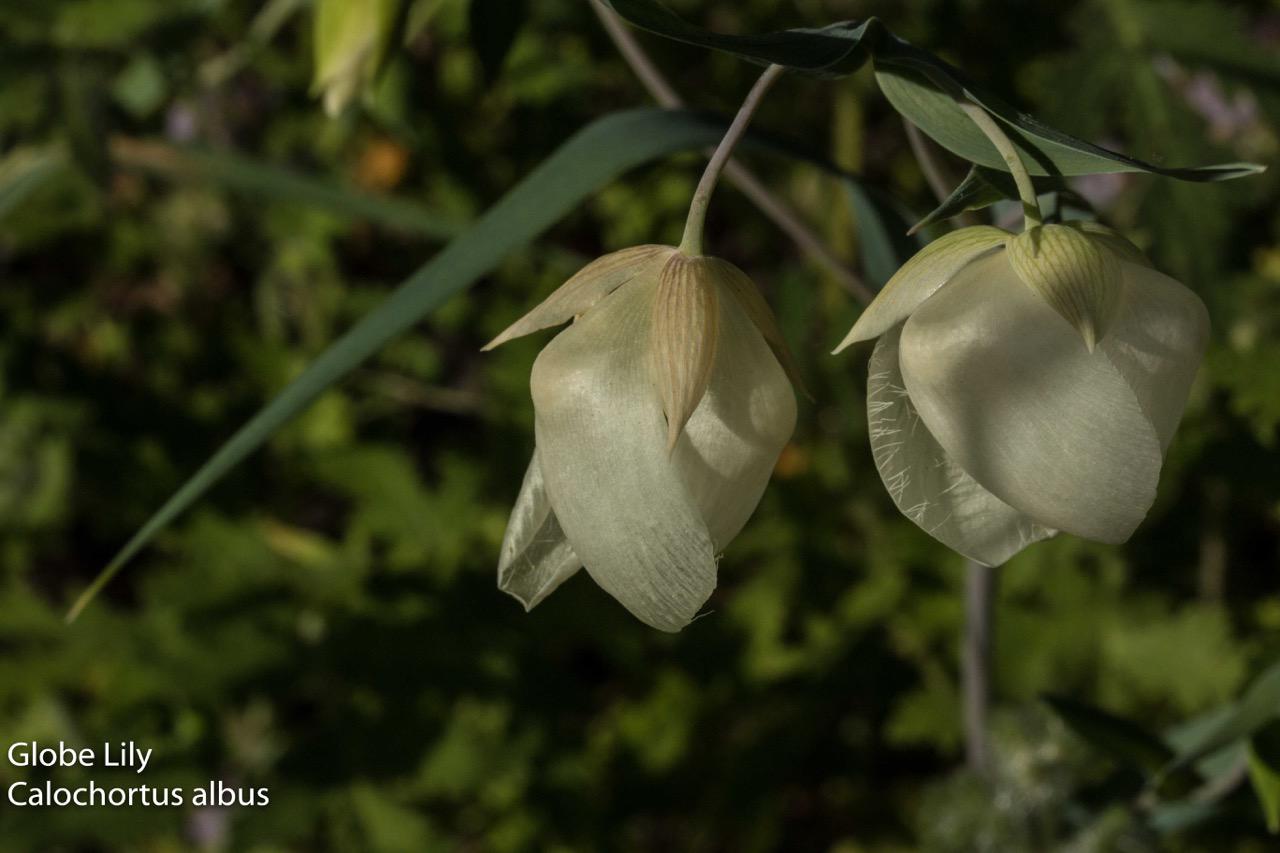 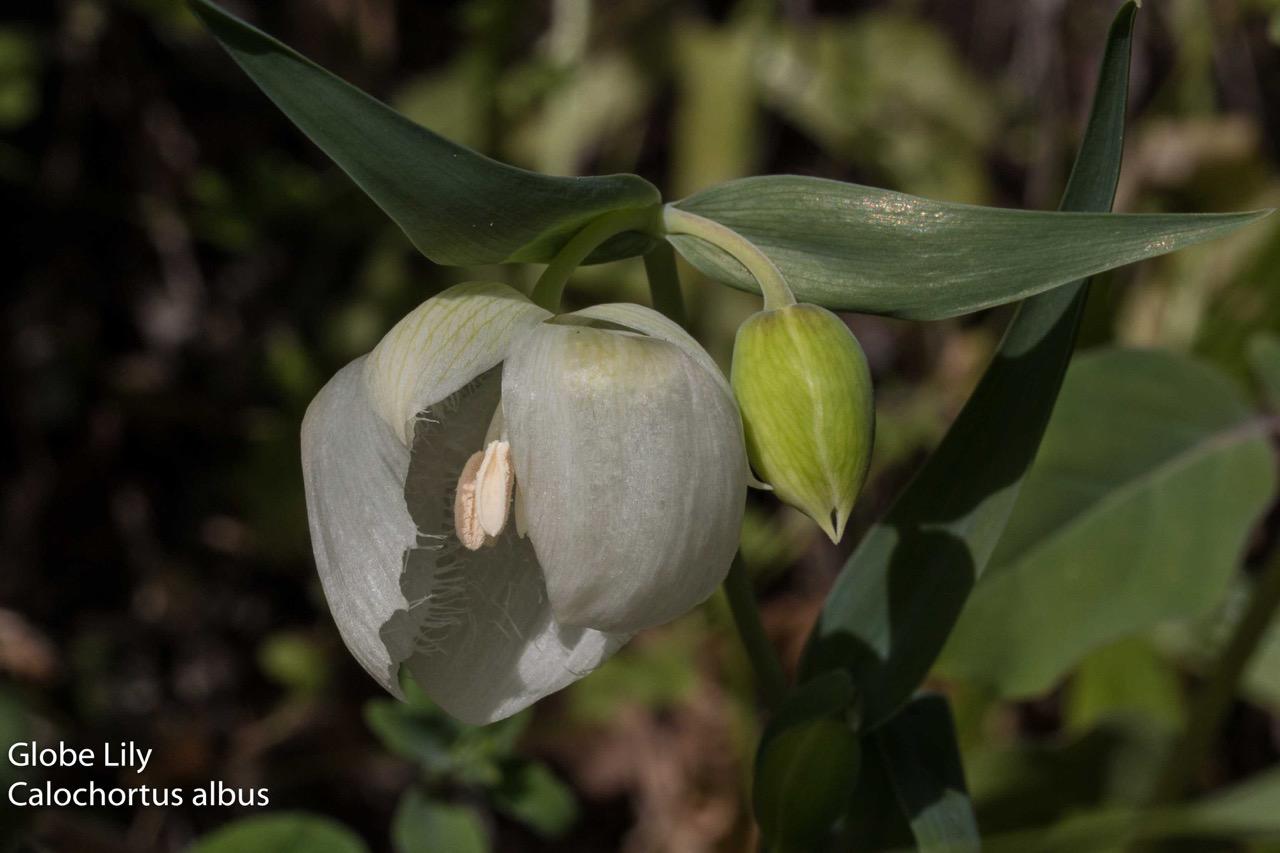 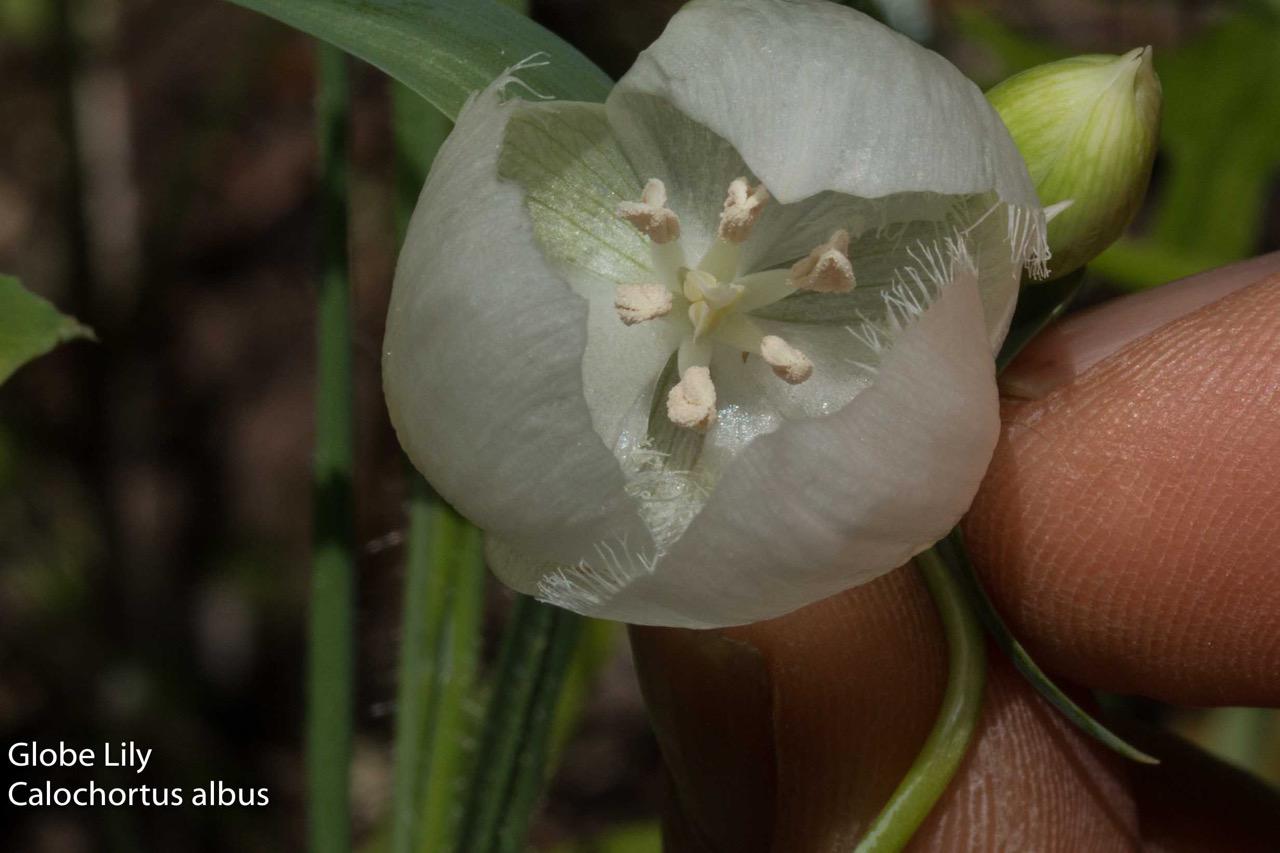 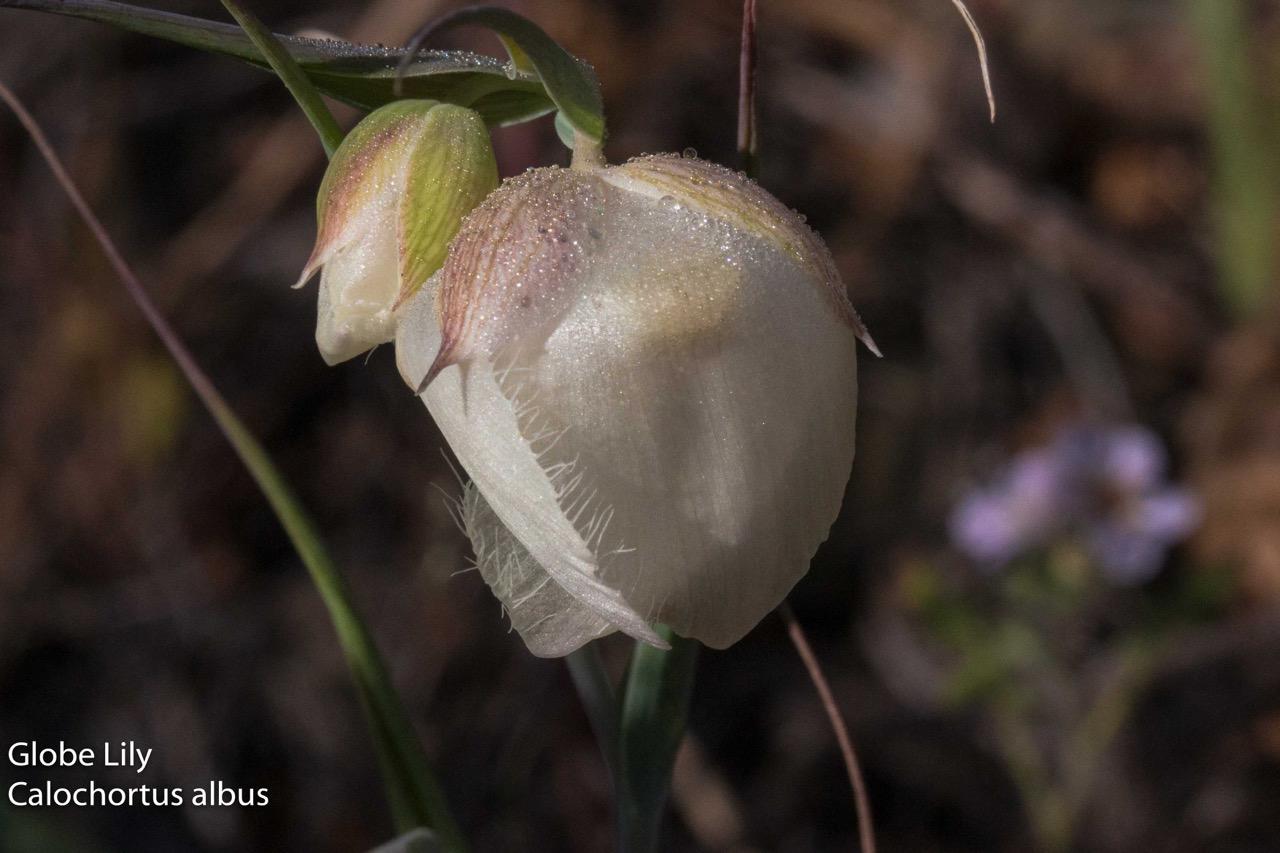 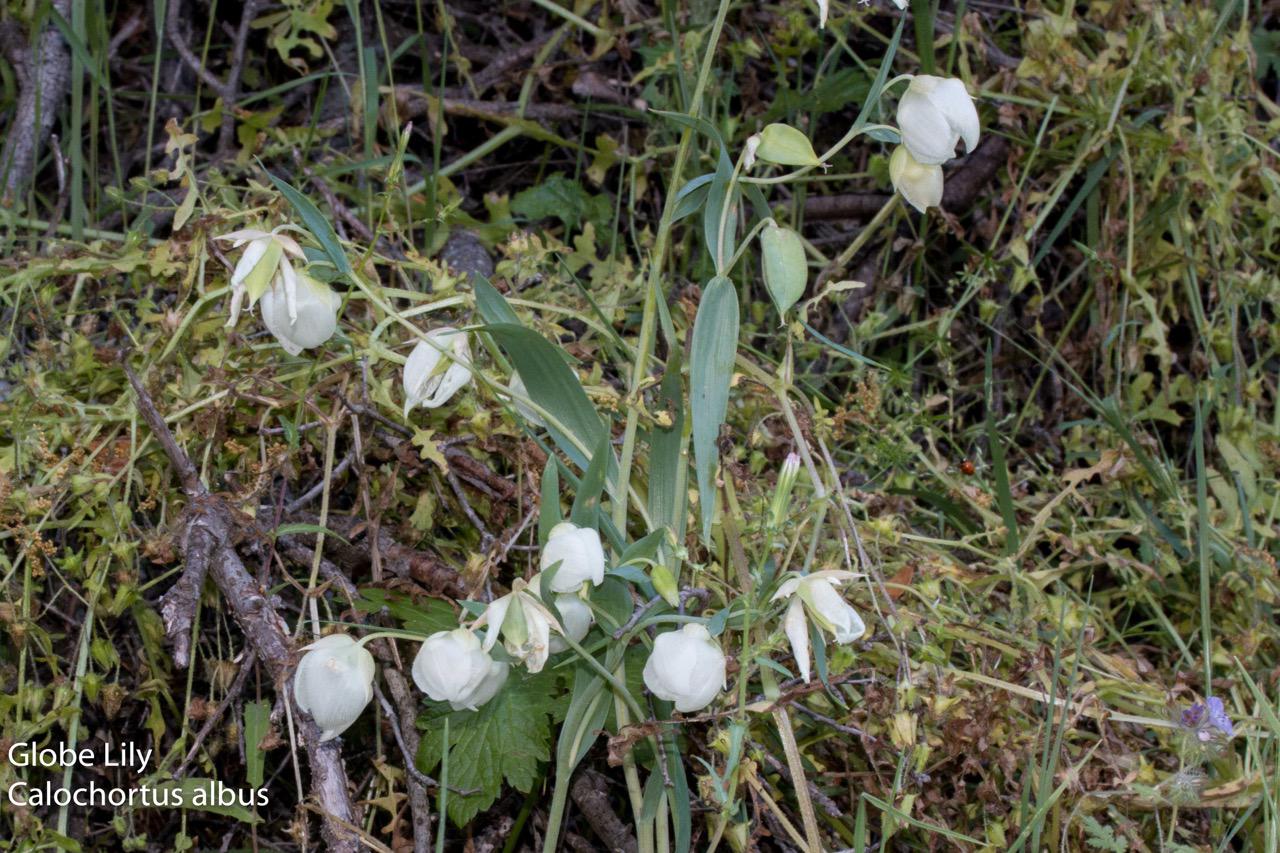 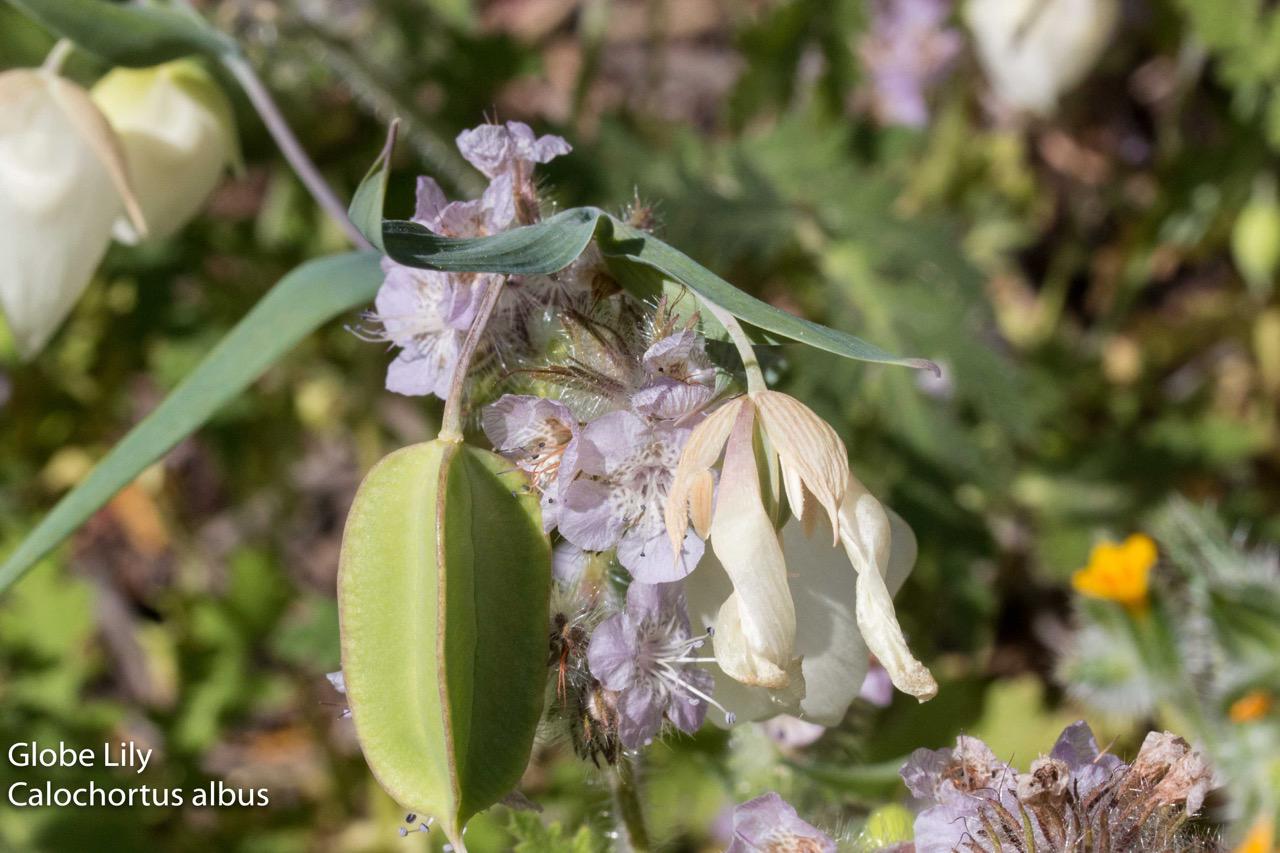 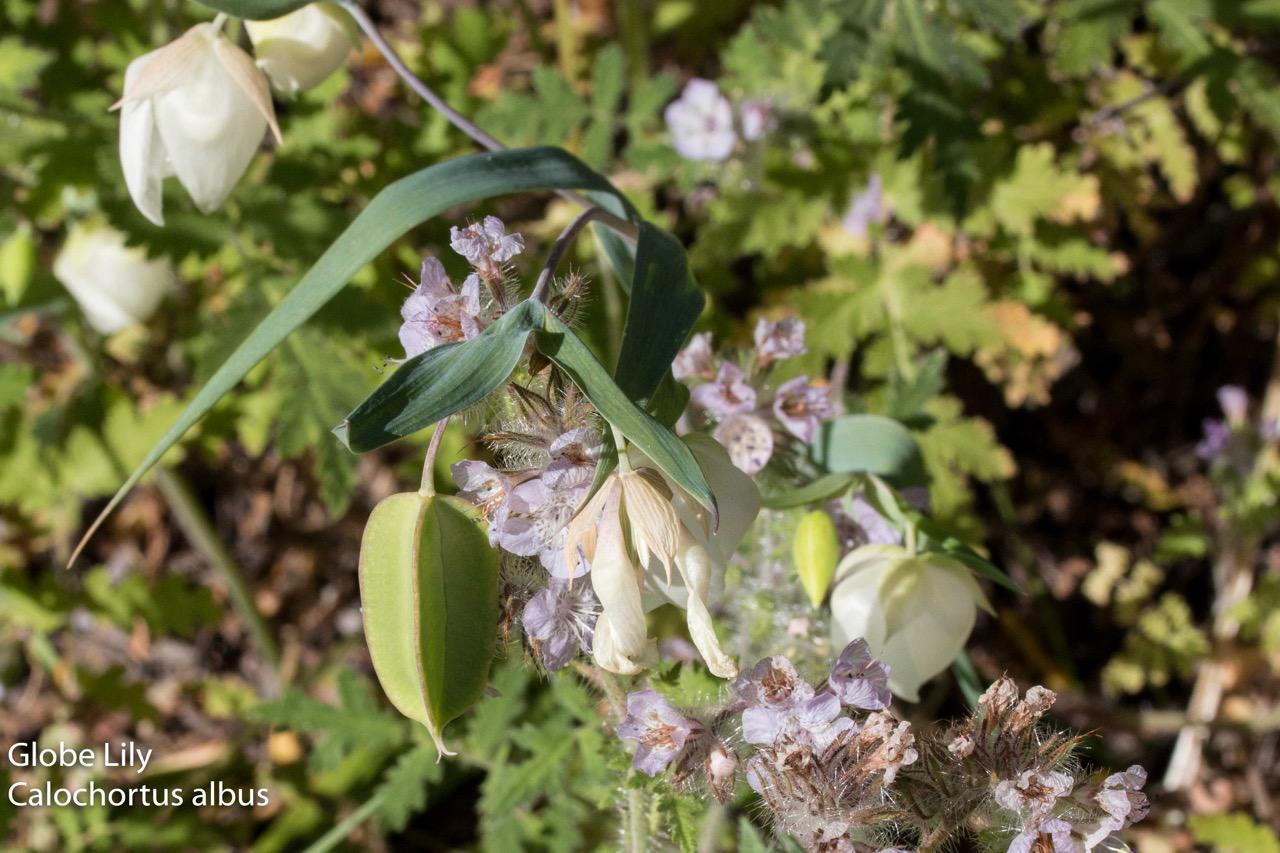 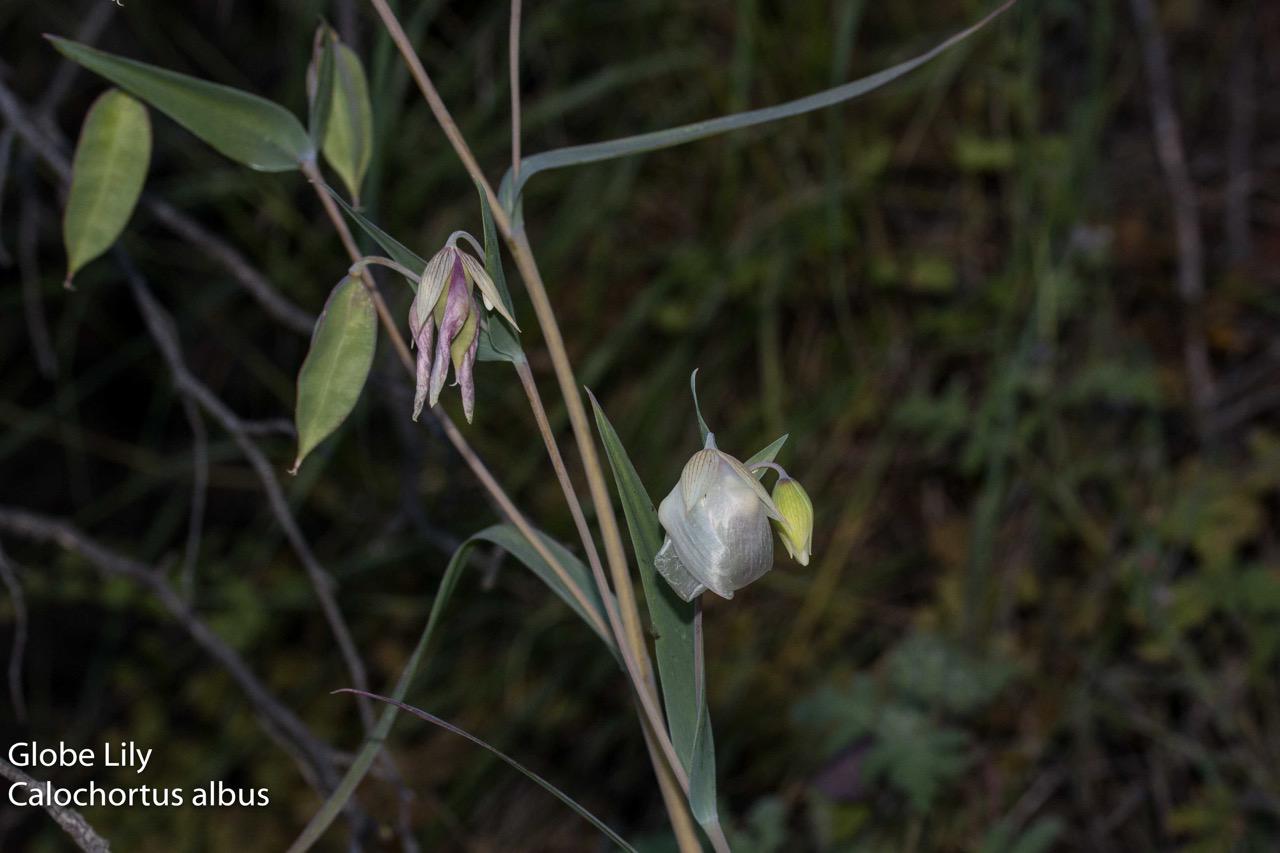 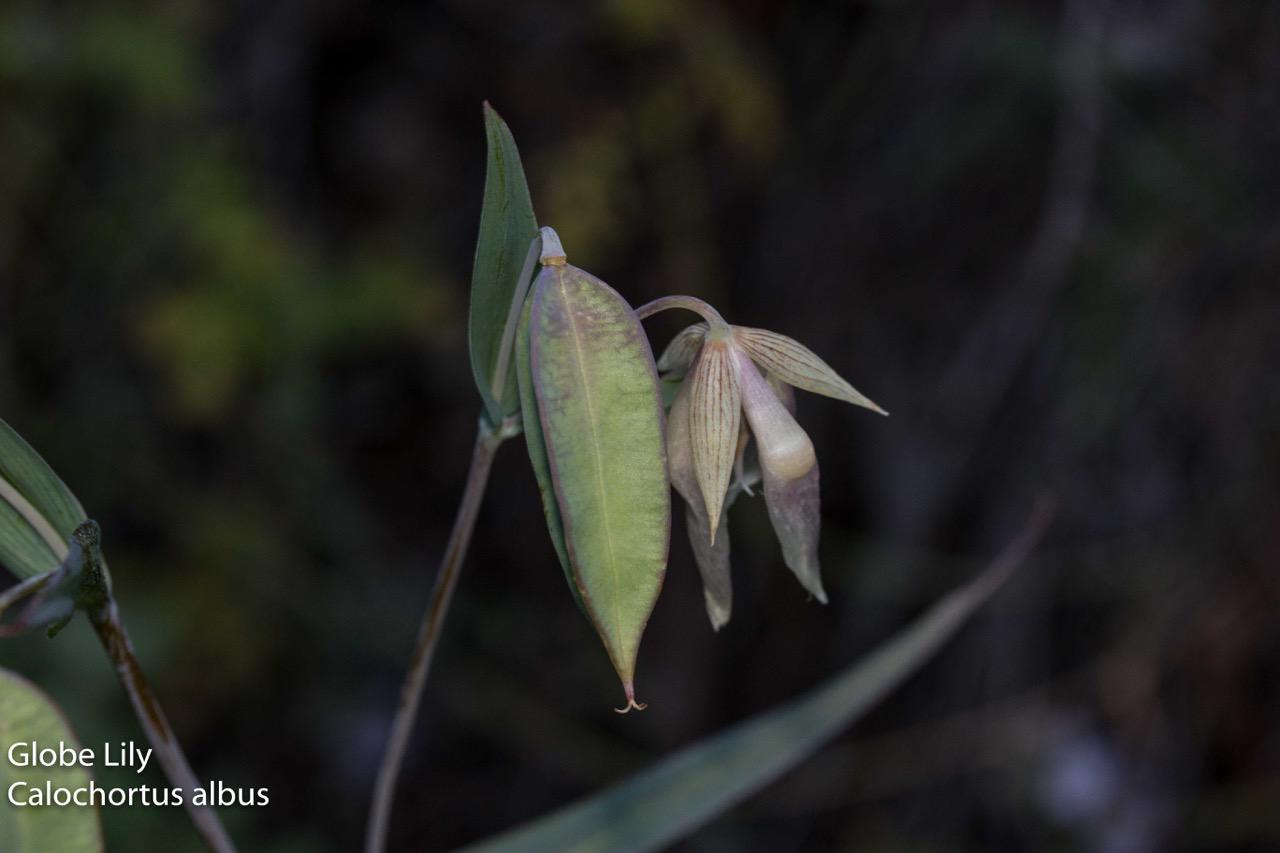 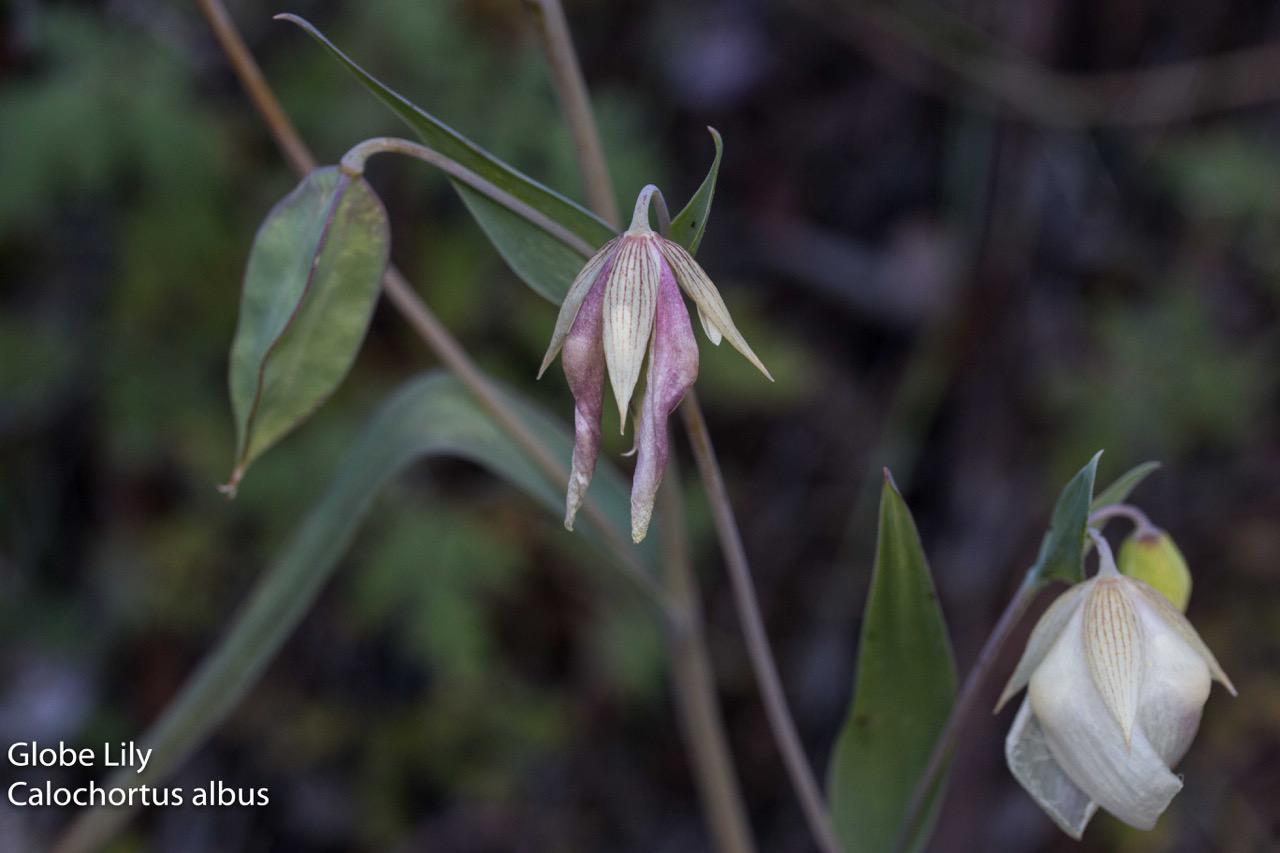 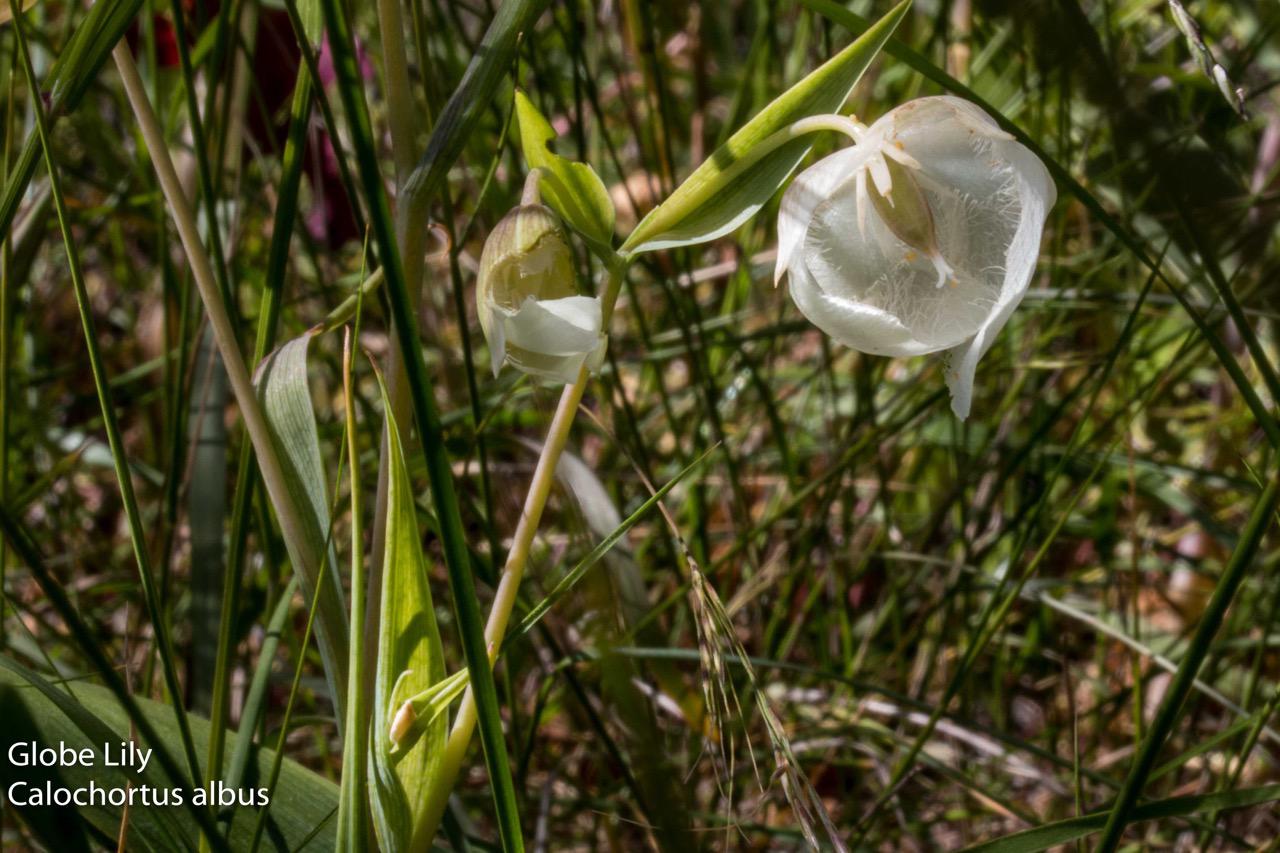 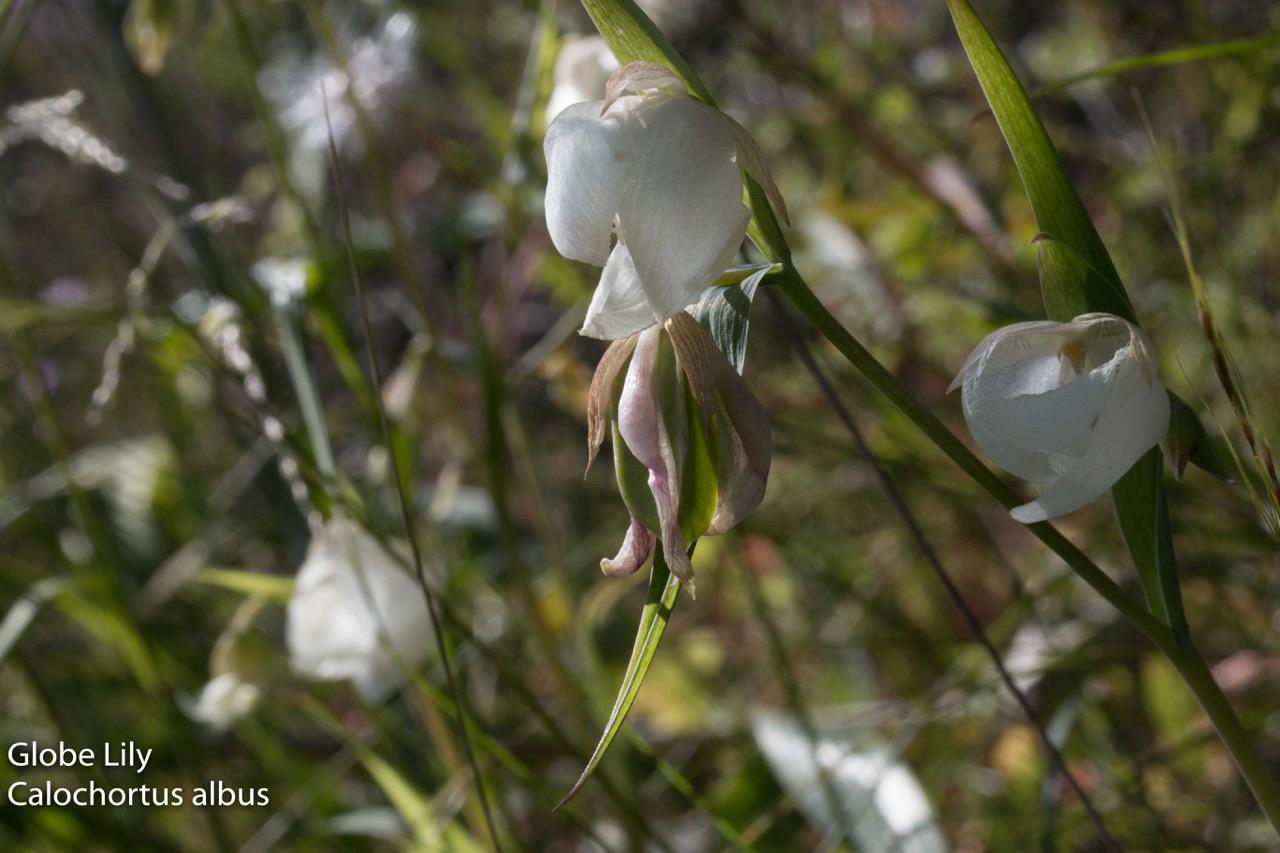 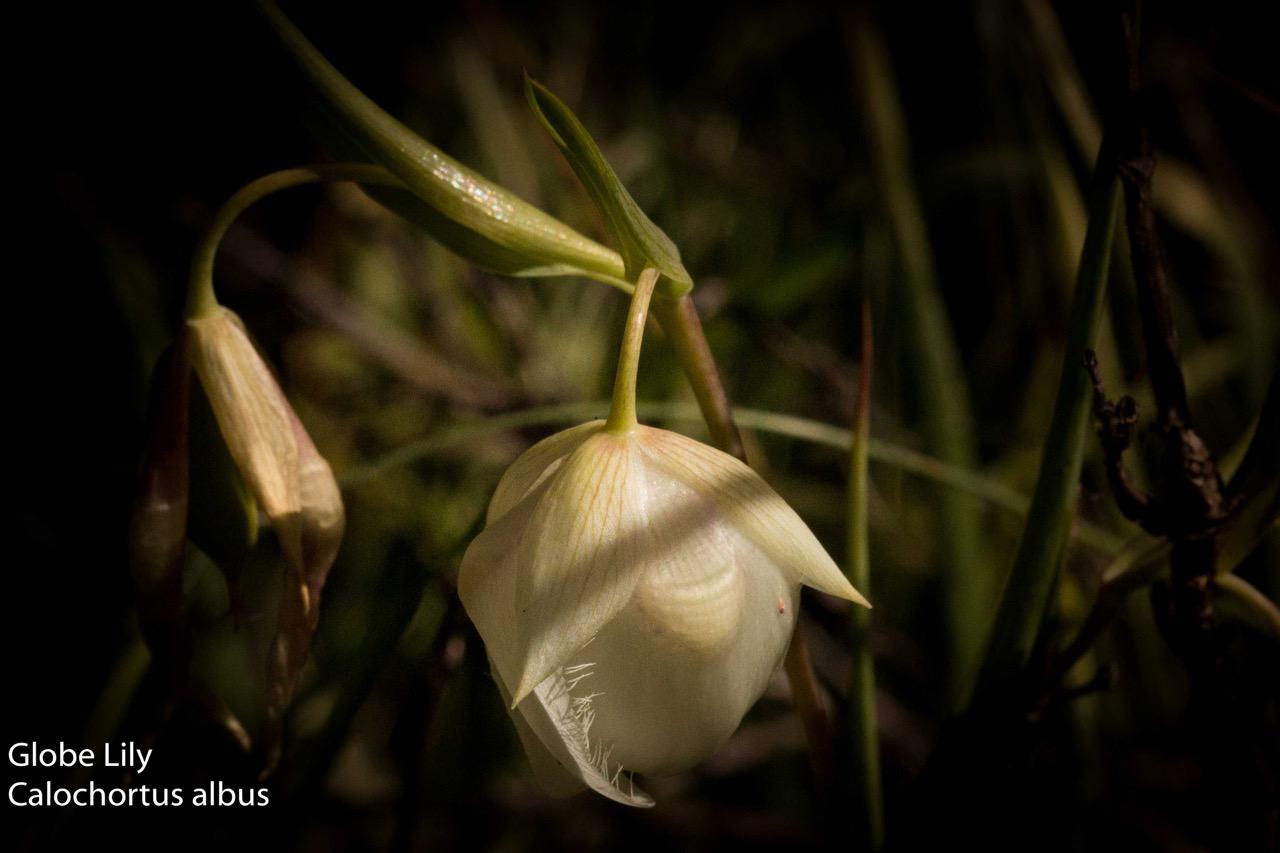 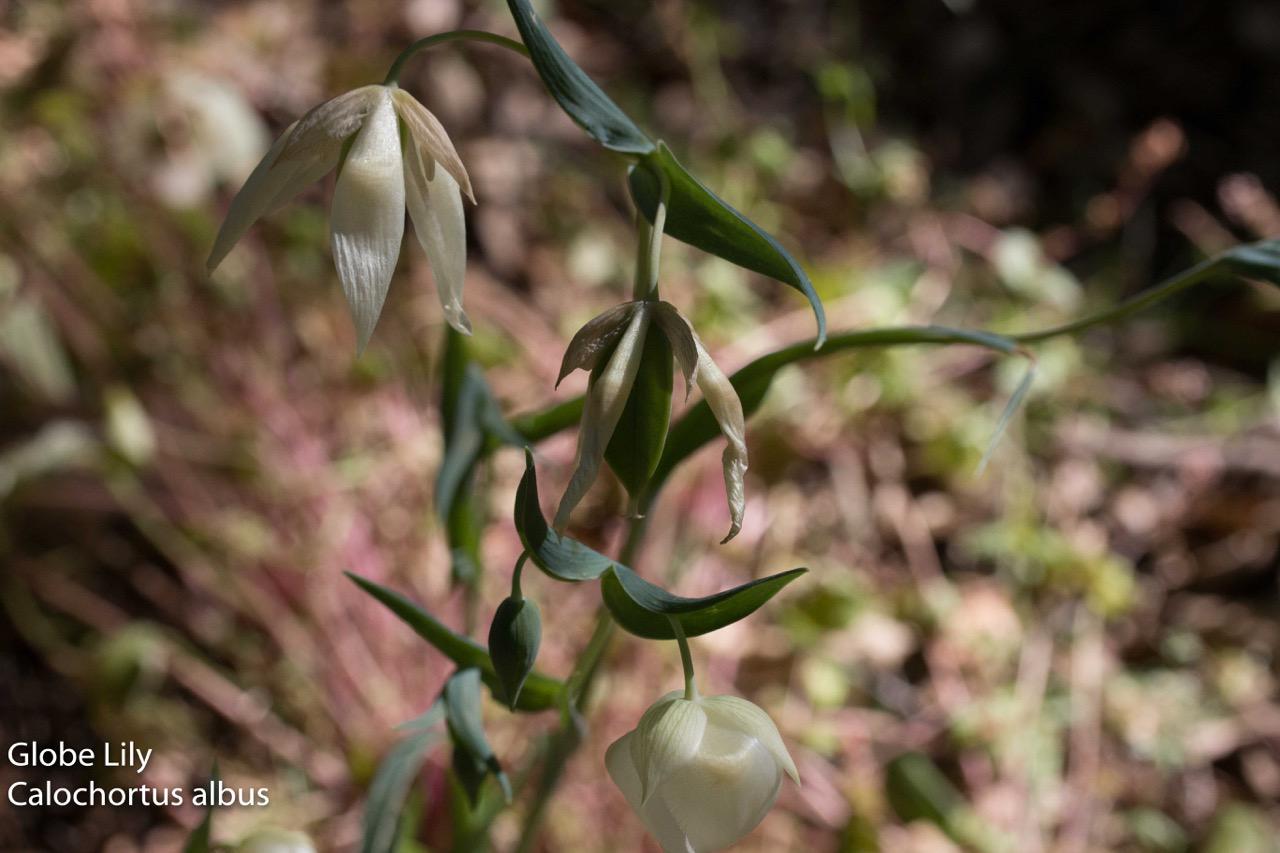 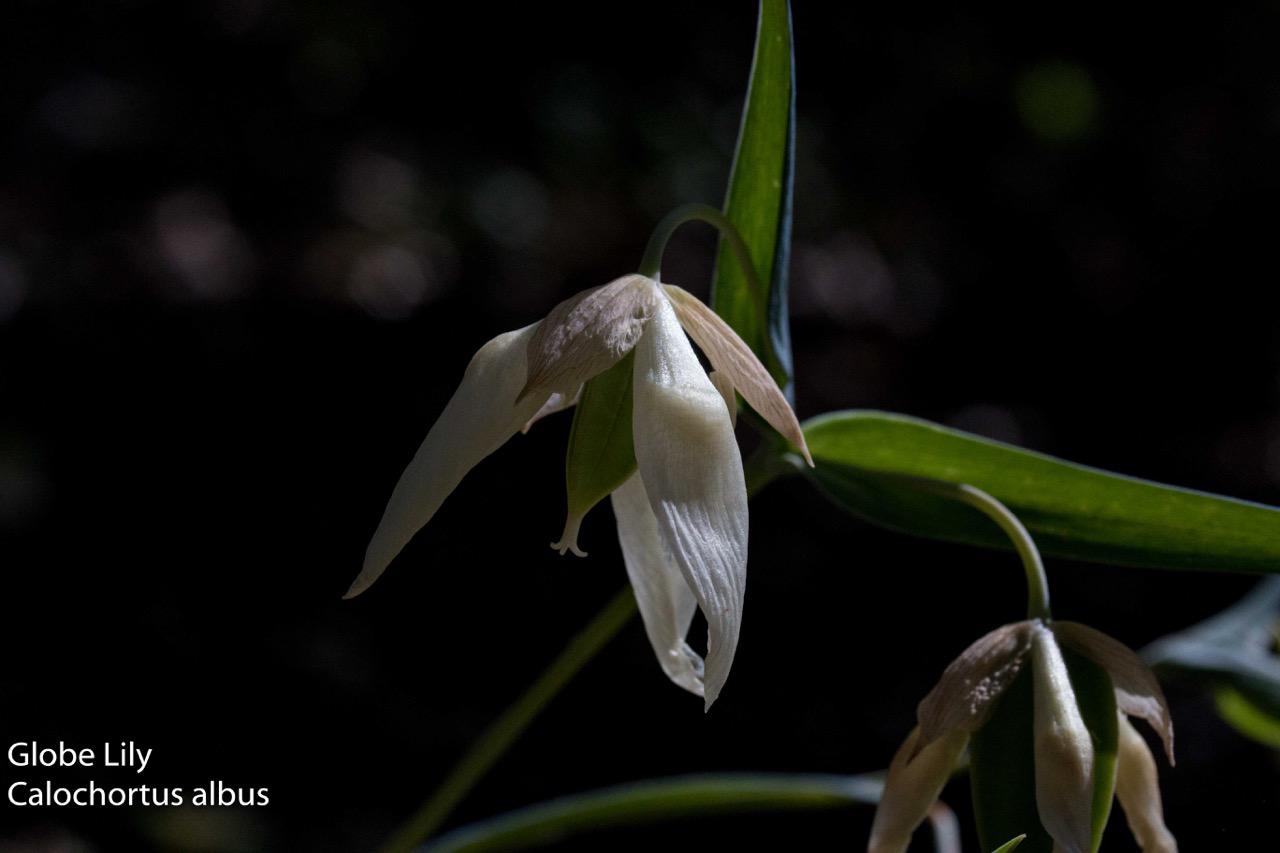 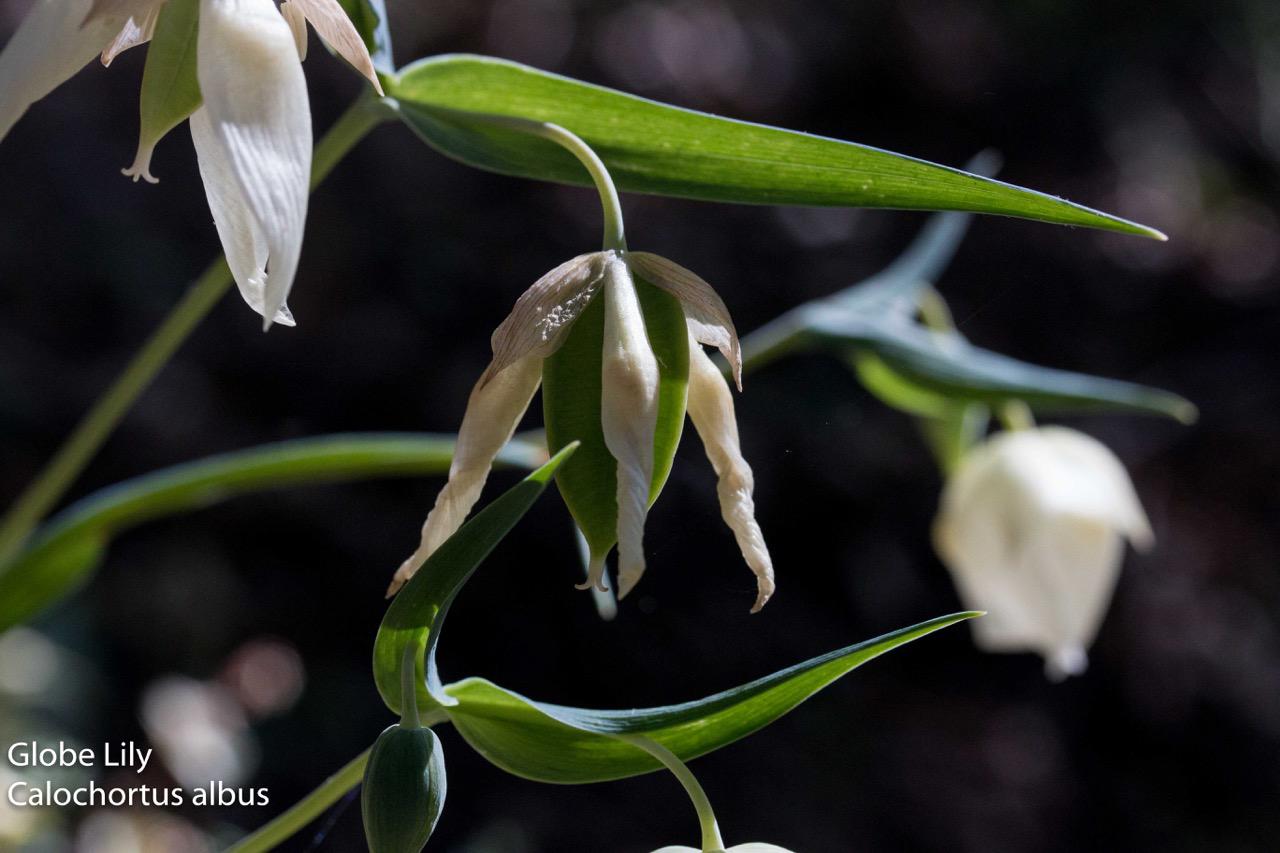 Calochortus albus is a perennial herb that is native to California and is endemic (limited) to California. Globe Lilies, also known as Fairy Lanterns (Calochortus albus), bloom during the middle part of Spring. Globe Lilies prefer the shady edge of the trail, often in the same locations as Chinese Houses and Woodland Star (among many others!), They are a delight to watch as they go from bud to bloom. One weekend you are looking for flowers in bloom, and you might see two beautiful taffeta white flowers and then the next week a few more until finally the rest of the plants join in. What I love most about observing flowers in the same general area week after week are the changes. It is like a symphony as dozens of different blooms come and go. Just like every good piece of music, there is always a finale worth the wait!

I saw these flowers in two particular locations - Solstice Canyon on the Backbone Trail and Triunfo Canyon. The name many people prefer is fairy lantern, since these flowers resemble paper lanterns, both in their shape and in the way they hang (nodding is a more proper description) so gracefully from their stalks. Globe Lilys are members of the Lily family (the Liliaceae) and reside in the genus Calochortus. Members may not be real grass, but they are indeed beautiful. Other members of this family are traditional favorites: Mariposa Lily, Plummer's, Mariposa Lily and Butterfly Mariposa Lily). Albus means white, which is appropriate for the globe lilies which grow in the Santa Monica Mountains. All Calochortus bulbs are edible. Native Americans ate them raw or boiled and used the bulbs for medicinal purposes. Interesting Trivia the bulbs of the Sego Lily saved the lives of Mormon settlers in the Salt Lake Valley when crop failure threatened their existence (which is why the Sego Lily is now Utahs official State Flower). While research this post I was amused at how much effort is required to grow these flowers in the garden. Pesticides, fungicides, alkalinity measurements, watering when the plant is not dormant and so on. Makes you appreciate that these flowers growing wild can be so abundant without a human hand assisting them! Things to look for: parallel veins in the leaves (a trait of Lilies everywhere) and a wedge-shaped fruit - interesting to watch as it changes shape before becoming a mature fruit.

Name Origins: Calo derived from the Greek Kalos, meaning beautiful, and Chortus, meaning grass). Albus refers to the white color of the flower.