Plant of the Month - Golden Currant 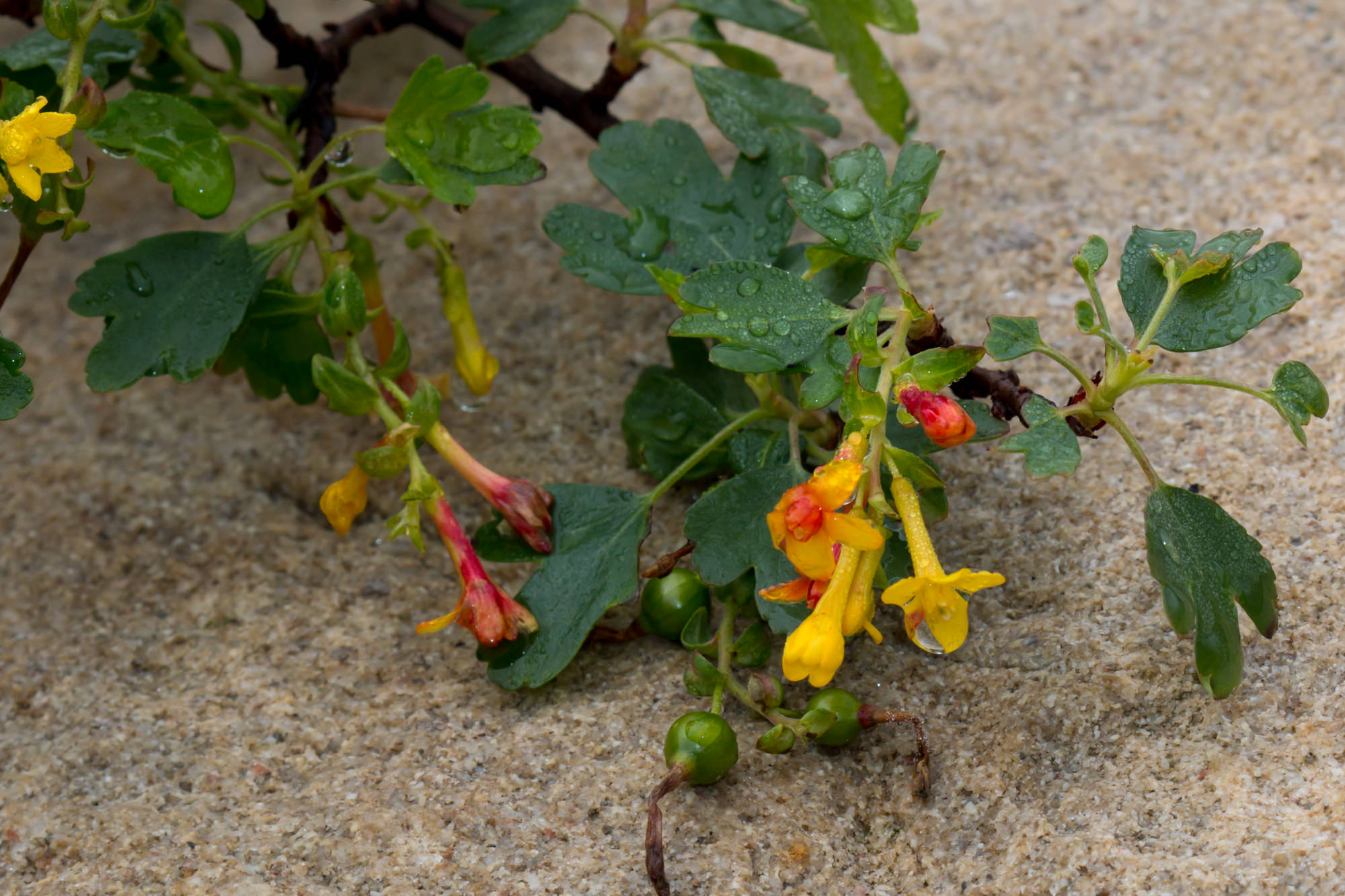 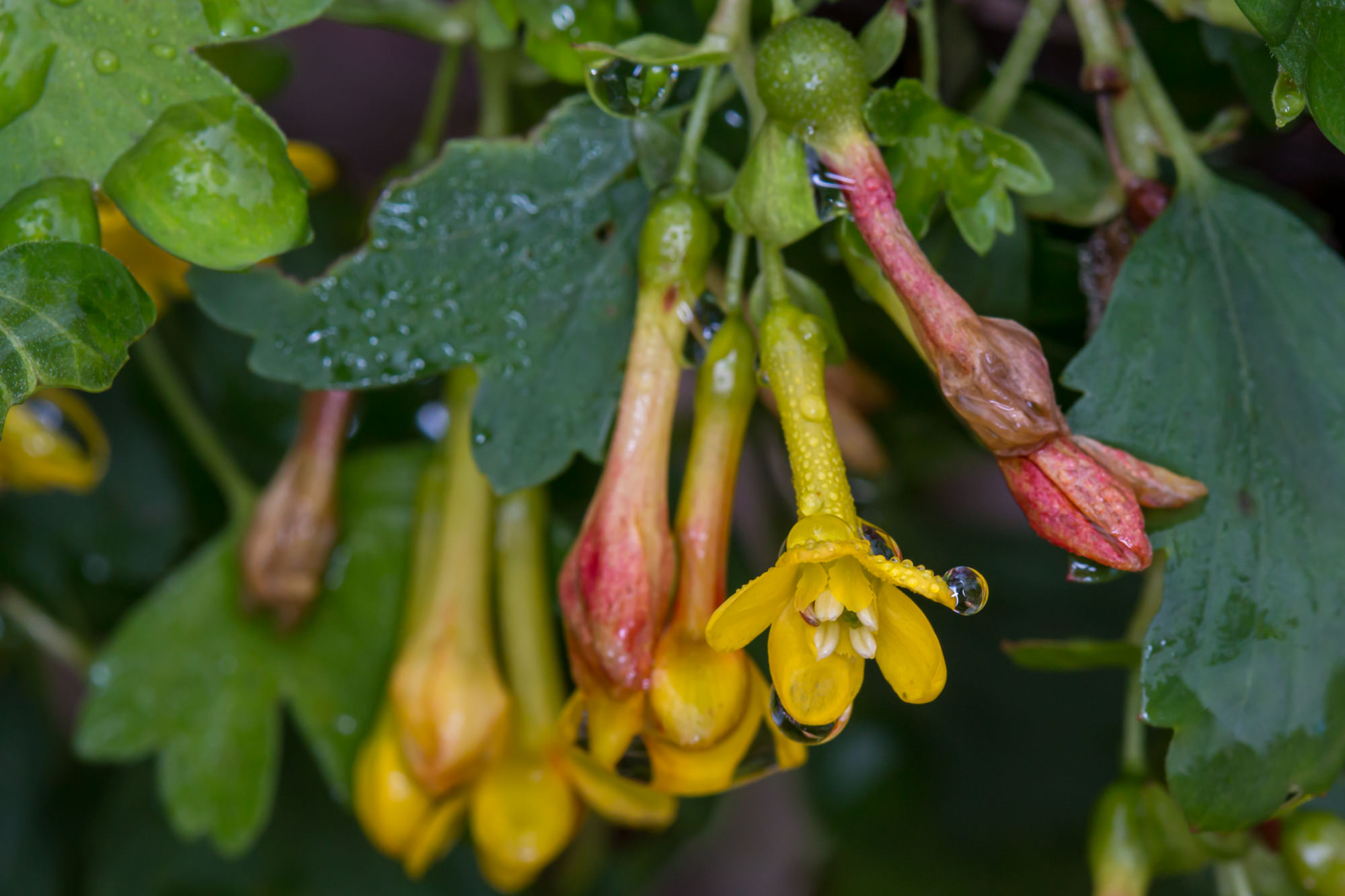 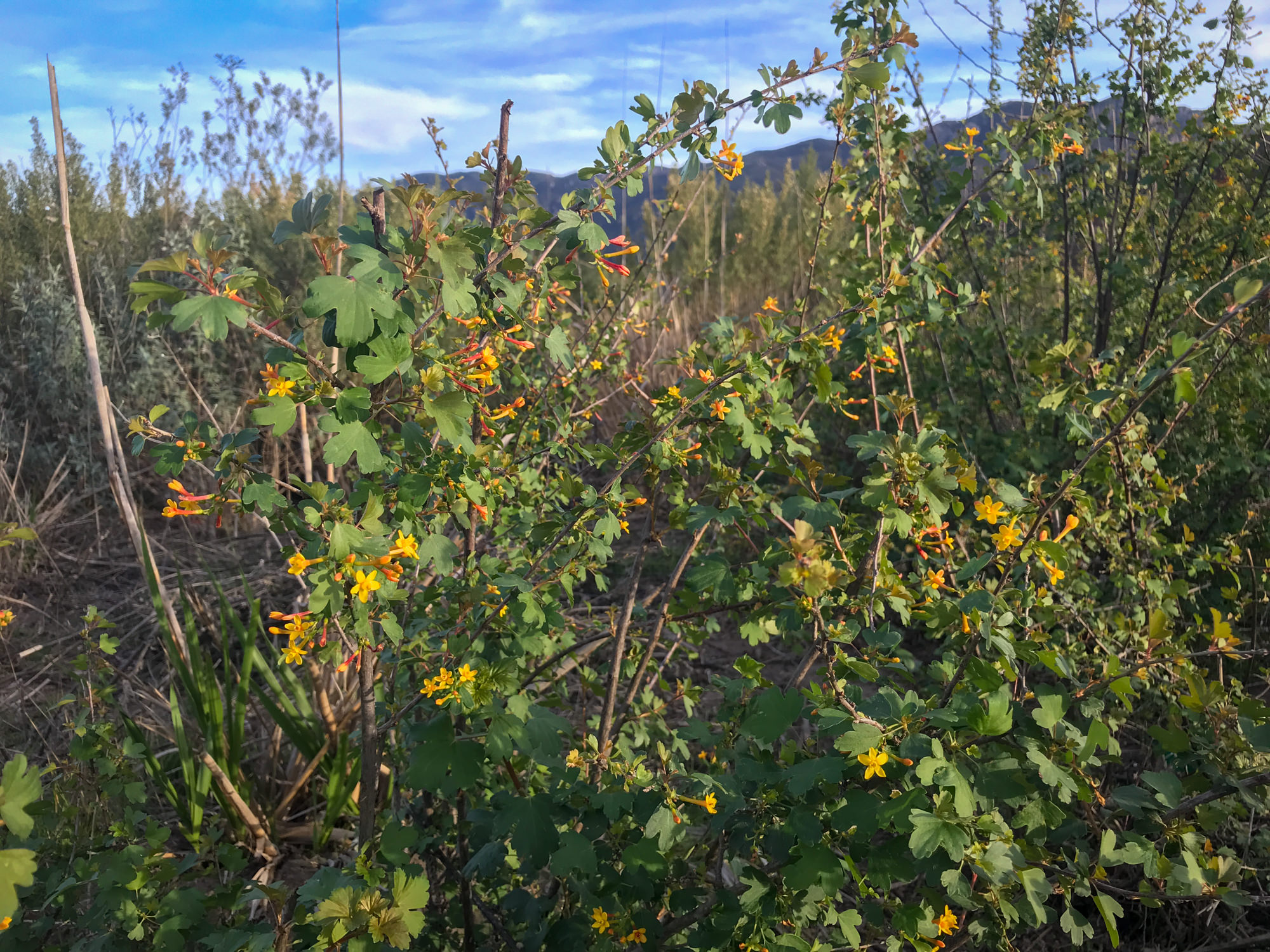 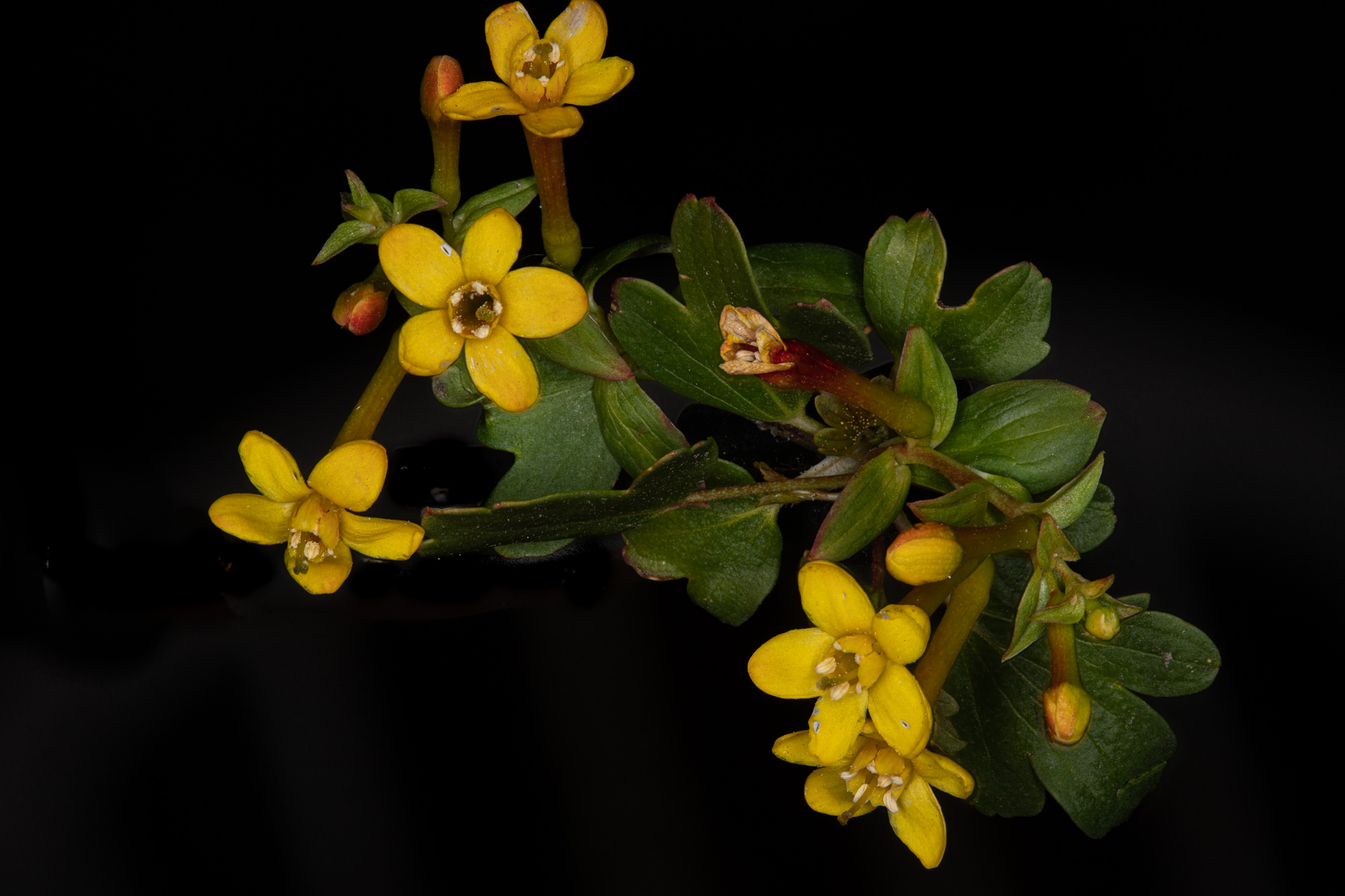 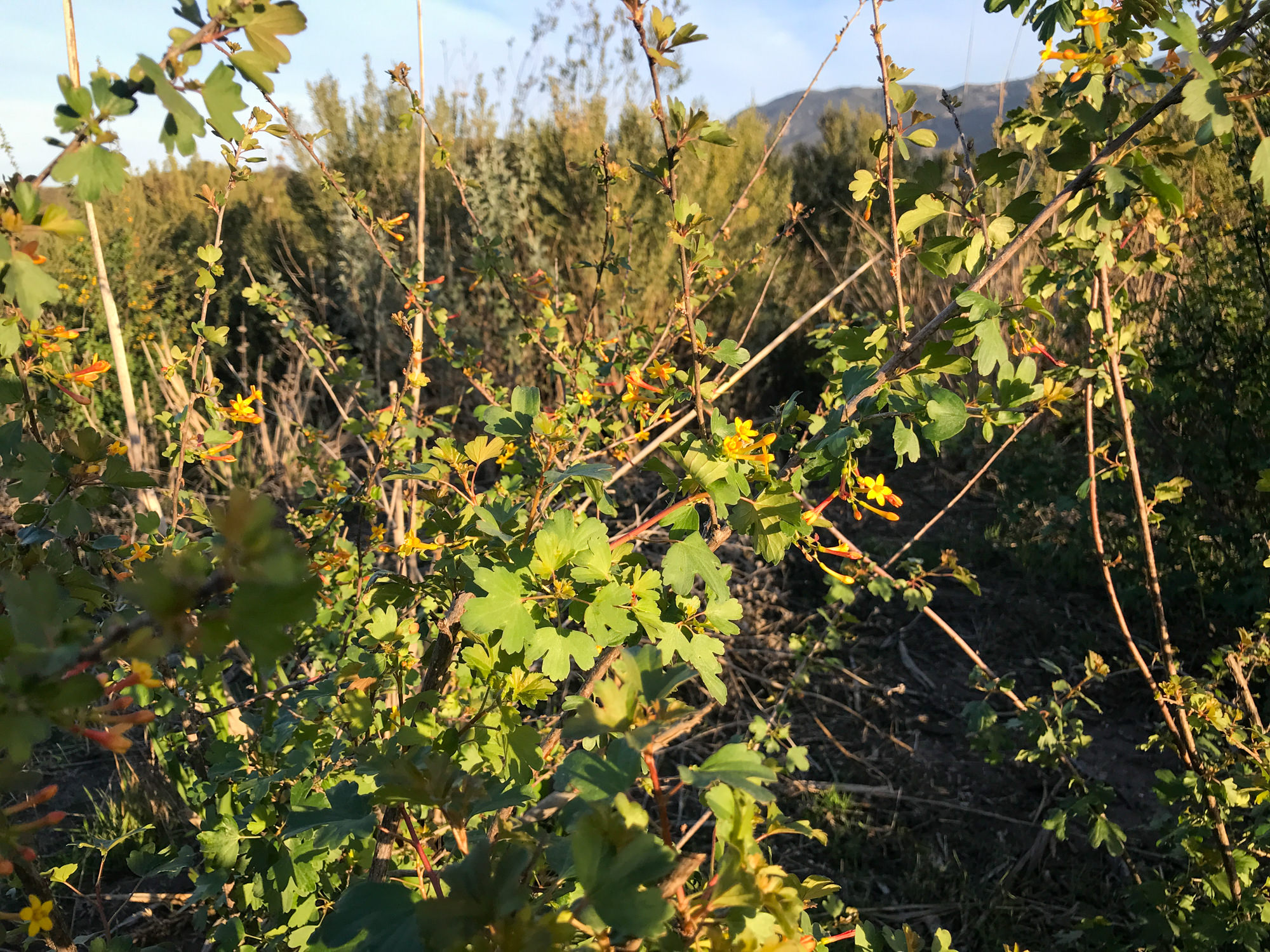 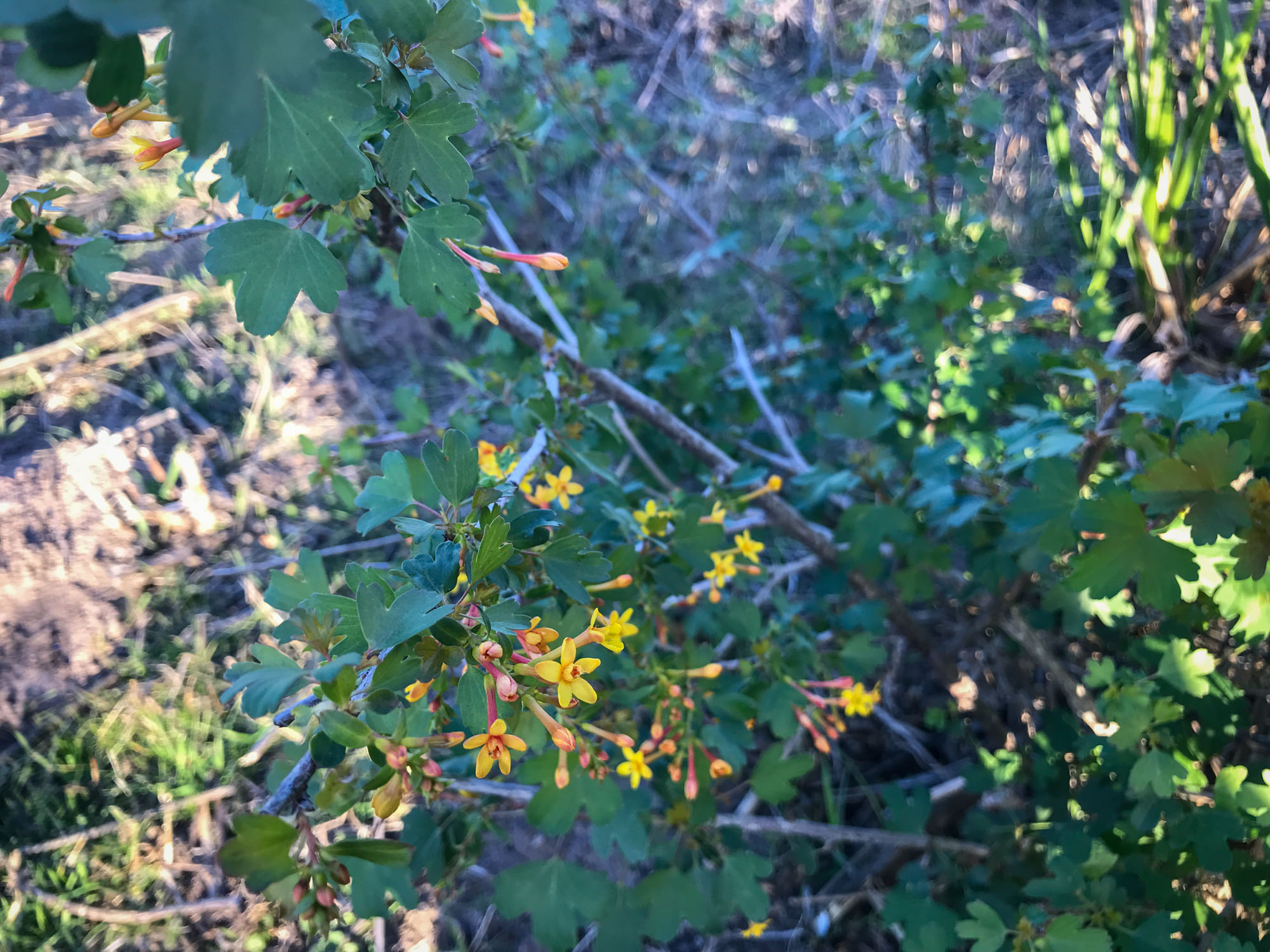 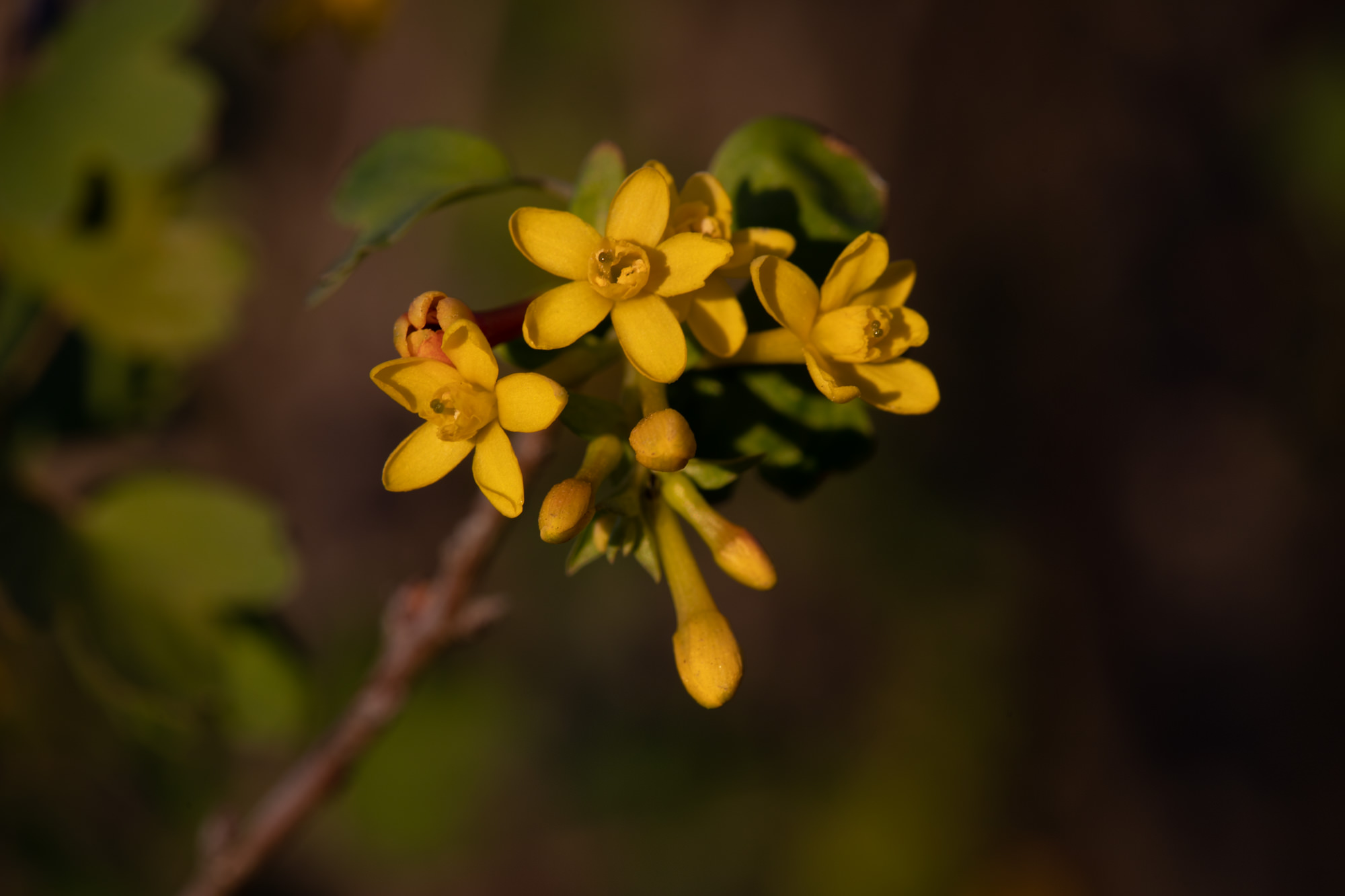 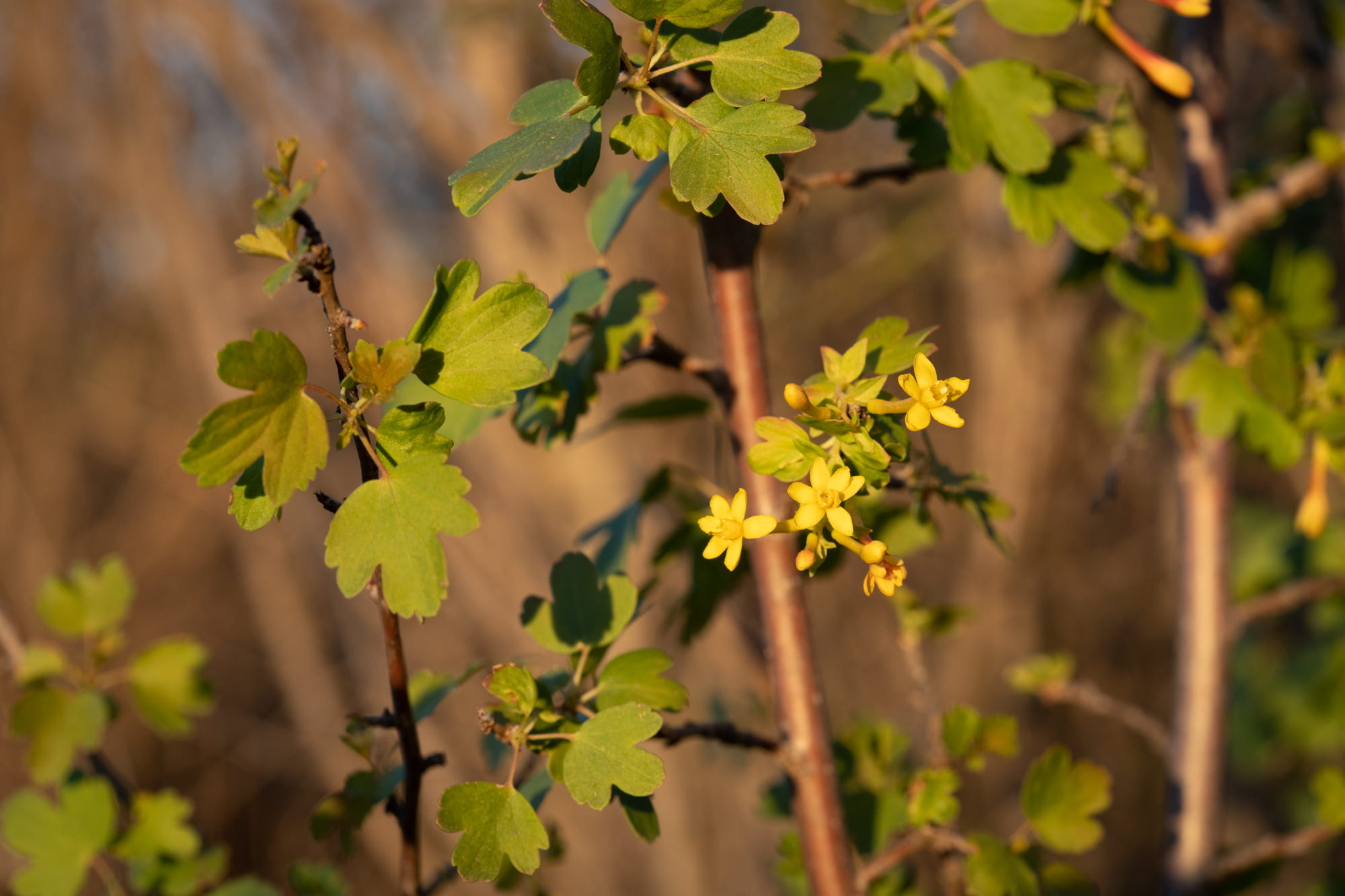 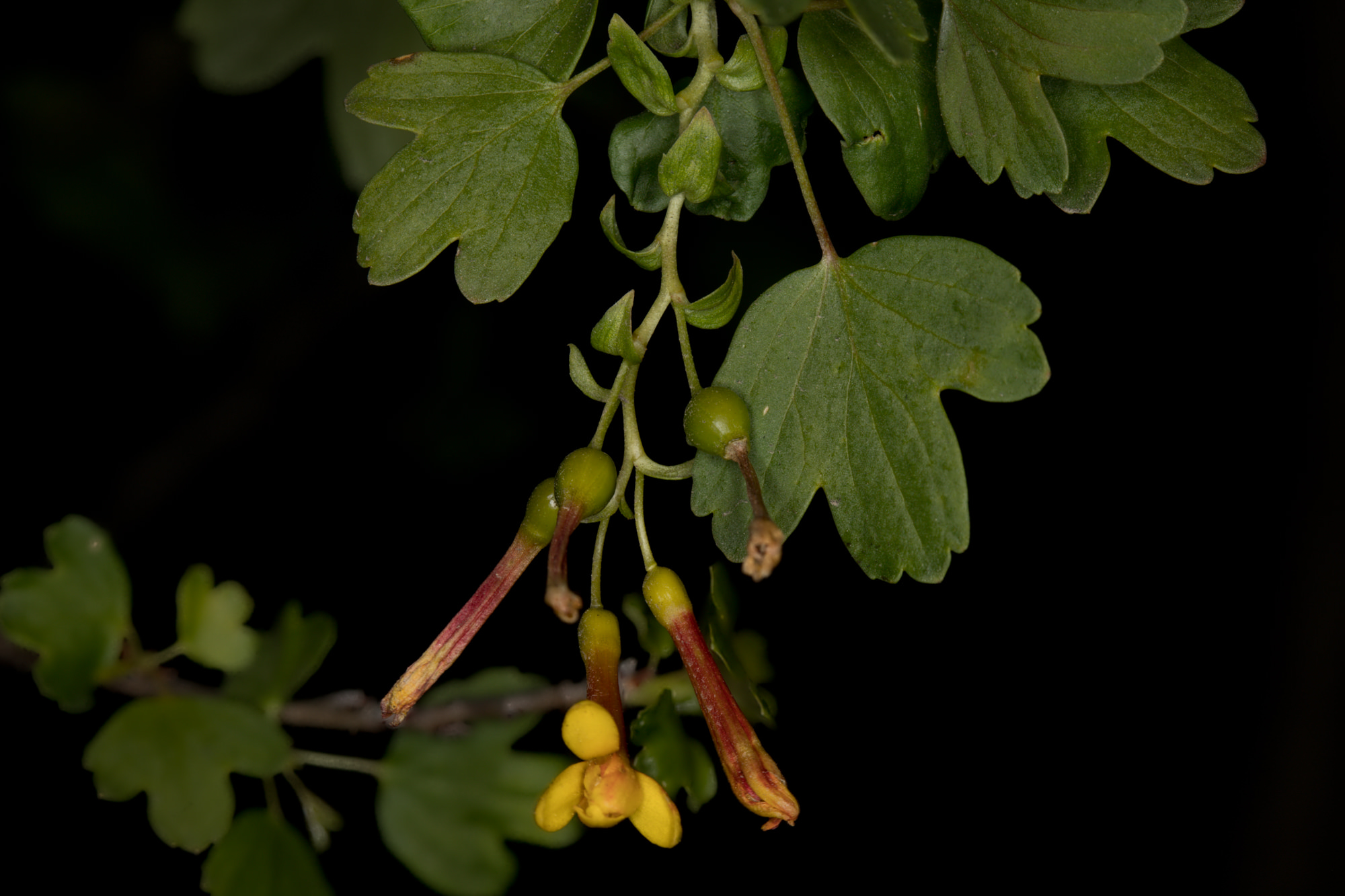 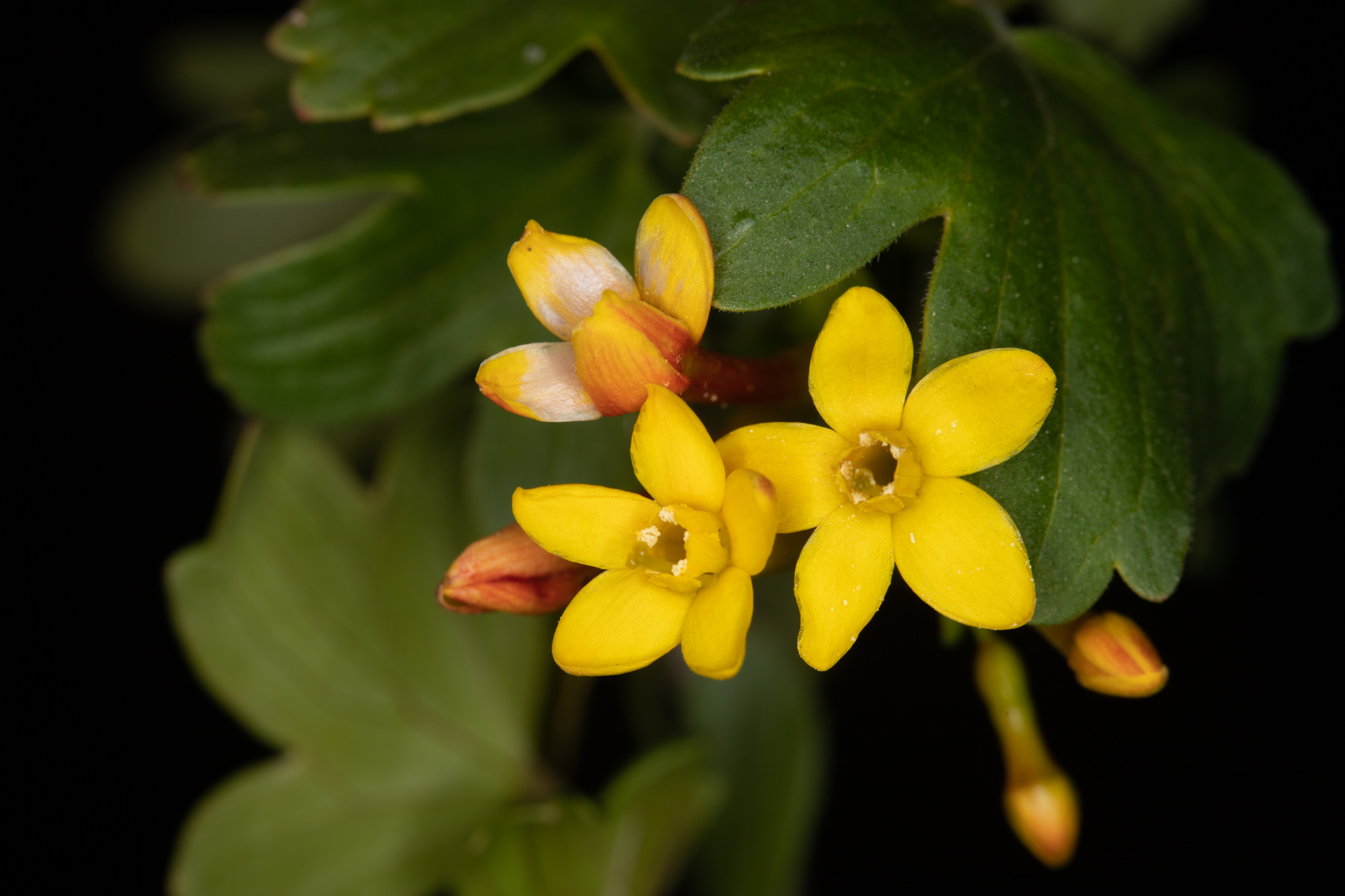 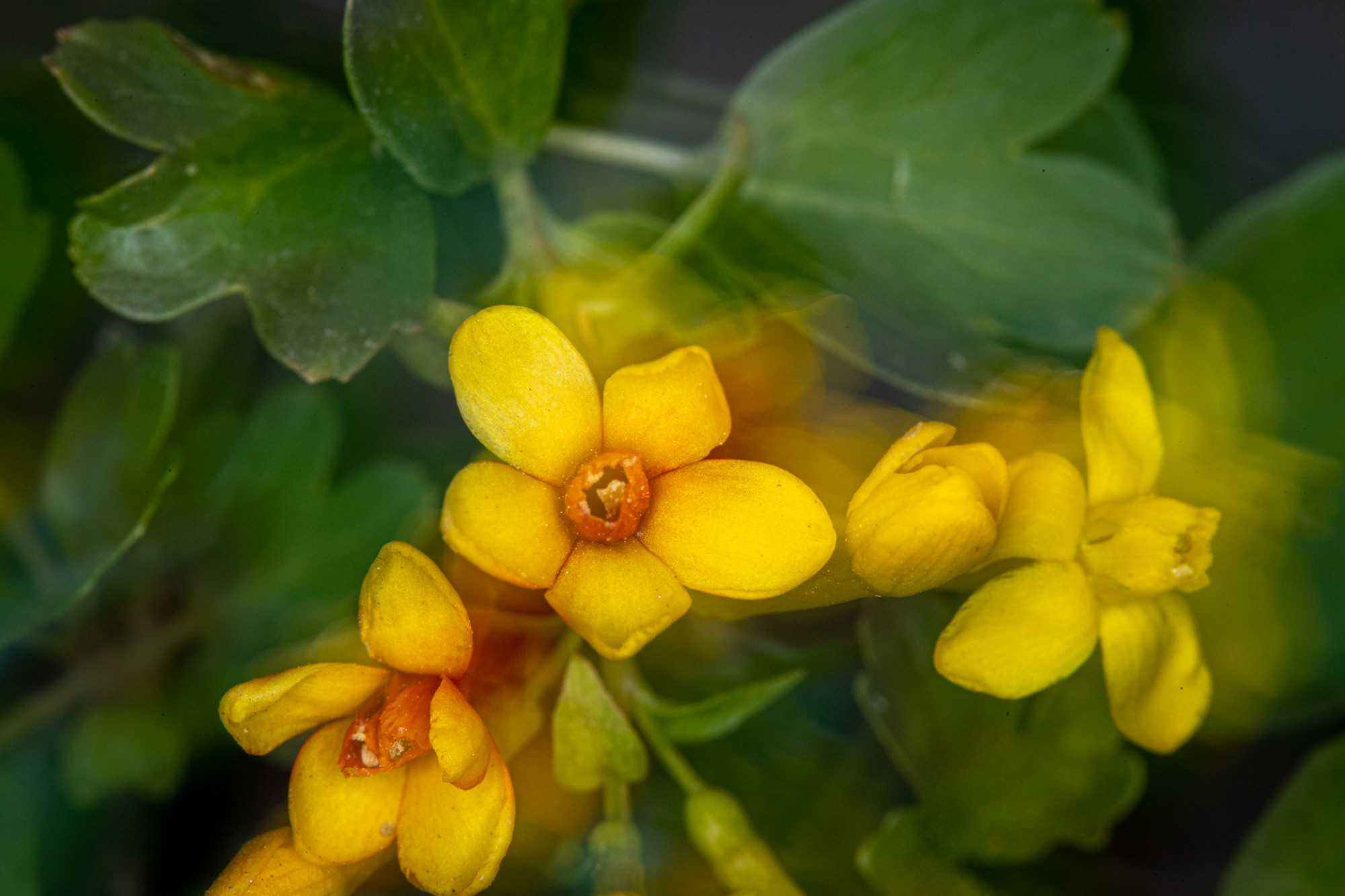 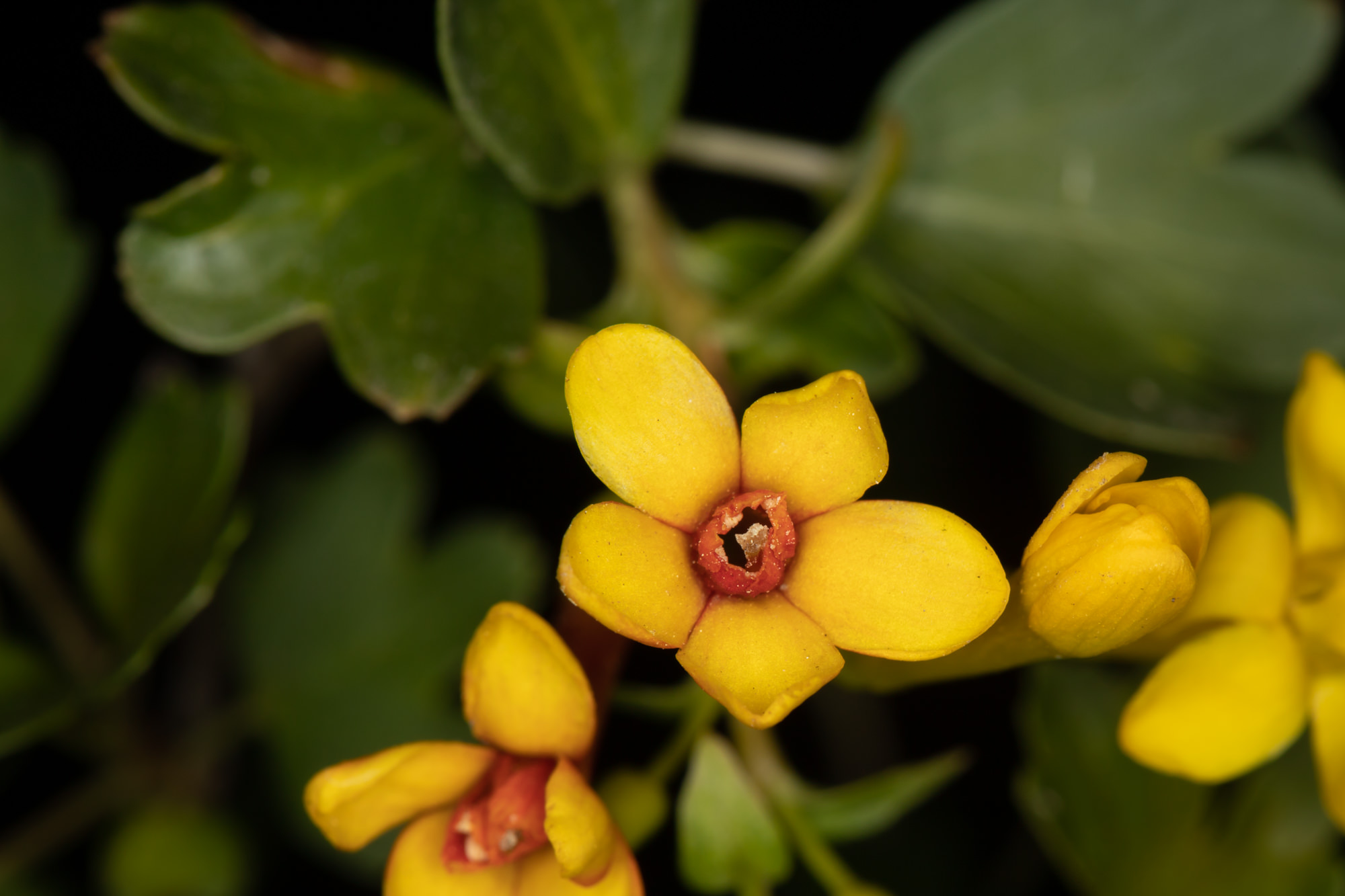 Ribes aureum var. gracillimum, commonly called Golden Currant with its bright clusters of yellow flowers is a treat to find in bloom. The plant produces hundreds of blooms during its short blooming season (January to February). Found throughout California and down into the northern part of Mexico, it commonly grows along stream banks and other moist/seasonally moist places below 3000 ft (900 meters) elevation. These blooms attract hummingbirds and Monarch butterflies. 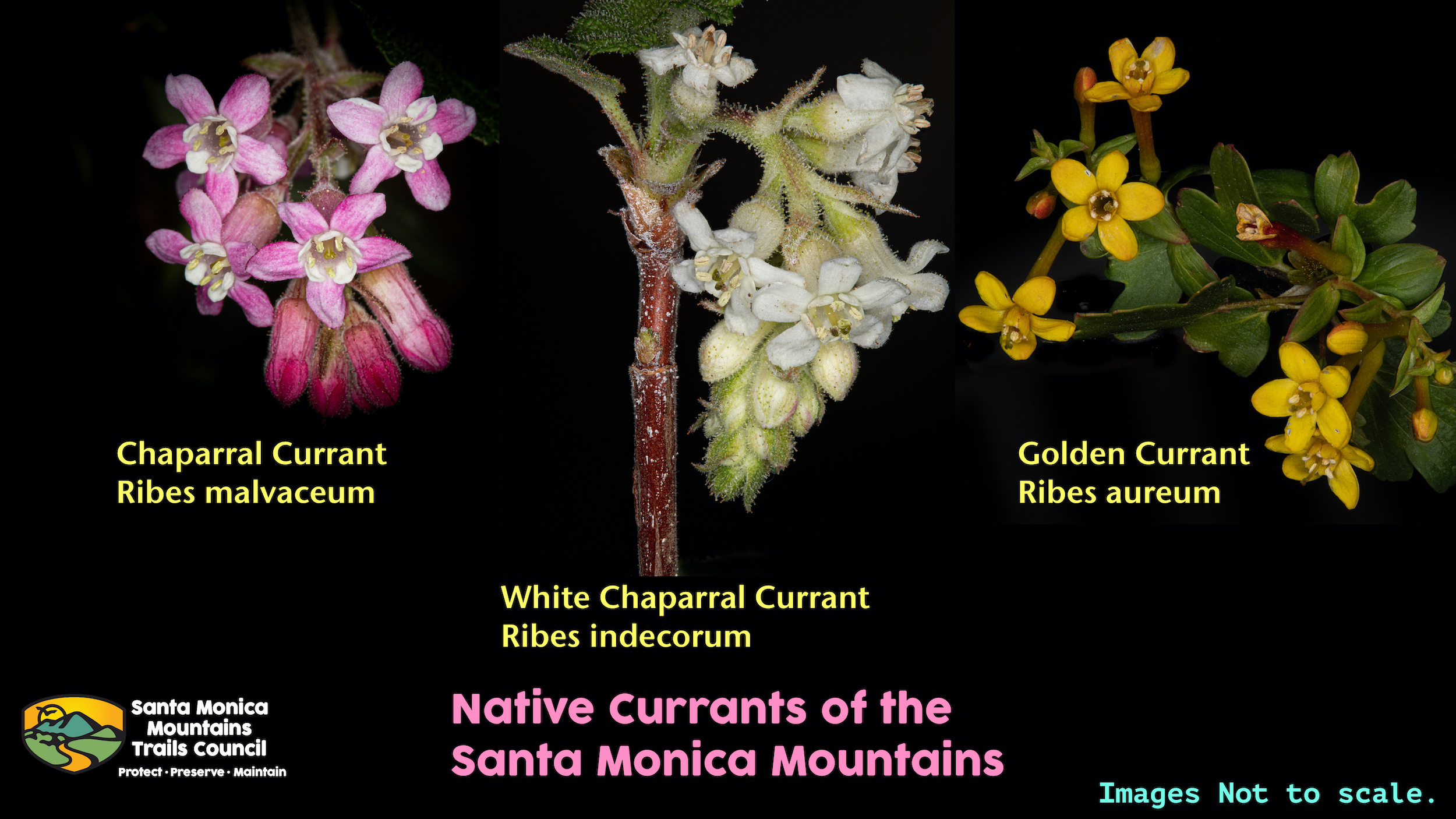 The genus Ribes contains more than 140 species of shrubs; 5 of which are found in the Santa Monica Mountains. The genus is further categorized:

Ribes aureum var. gracillimum, Golden currant (Ribes aureum) is a non-spiny shrub with stems 4-5 feet tall and mostly three-lobed, maple-like leaves. The leaves are helically alternate - visualize a spiral staircase. I found the leaves to be soft, somewhat smooth and flexible when compared to other currant plants. Golden currant grows and expands by sprouting from rhizomes (underground stems).

The flowers are produced in clusters (recemes) of 5 to 15 flowers. Botanists use the term hypanthium to describe the five sepals that form the long corolla-like tube that contain the reproductive parts of the flower - the base is narrower than the lip. There are five petals in the center of the bloom. Five stamens (alternating petal,stamen,petal ) and one pistil (look closely at image 10 and you can see the two stigmas at the end of the pistil. The flowers slowly turn red on aging. Note the lack of hairs common on our other currants.

Native peoples consumed the berries and pulverized the bark to make a concoction to treat wounds.

Ribes – from the Syrian or Kurdish ribas, meaning acid-tasting, which was derived from an old Persian word.
aureum – golden
gracillium: most graceful or slender.

Other Featured Plants in the Grossulariaceae (Gooseberry) Family:
Golden Currant - Plant of the Month for: January 2023
Last modified: February 22 2021 14:12:49.