Plant of the Month - Golden Yarrow 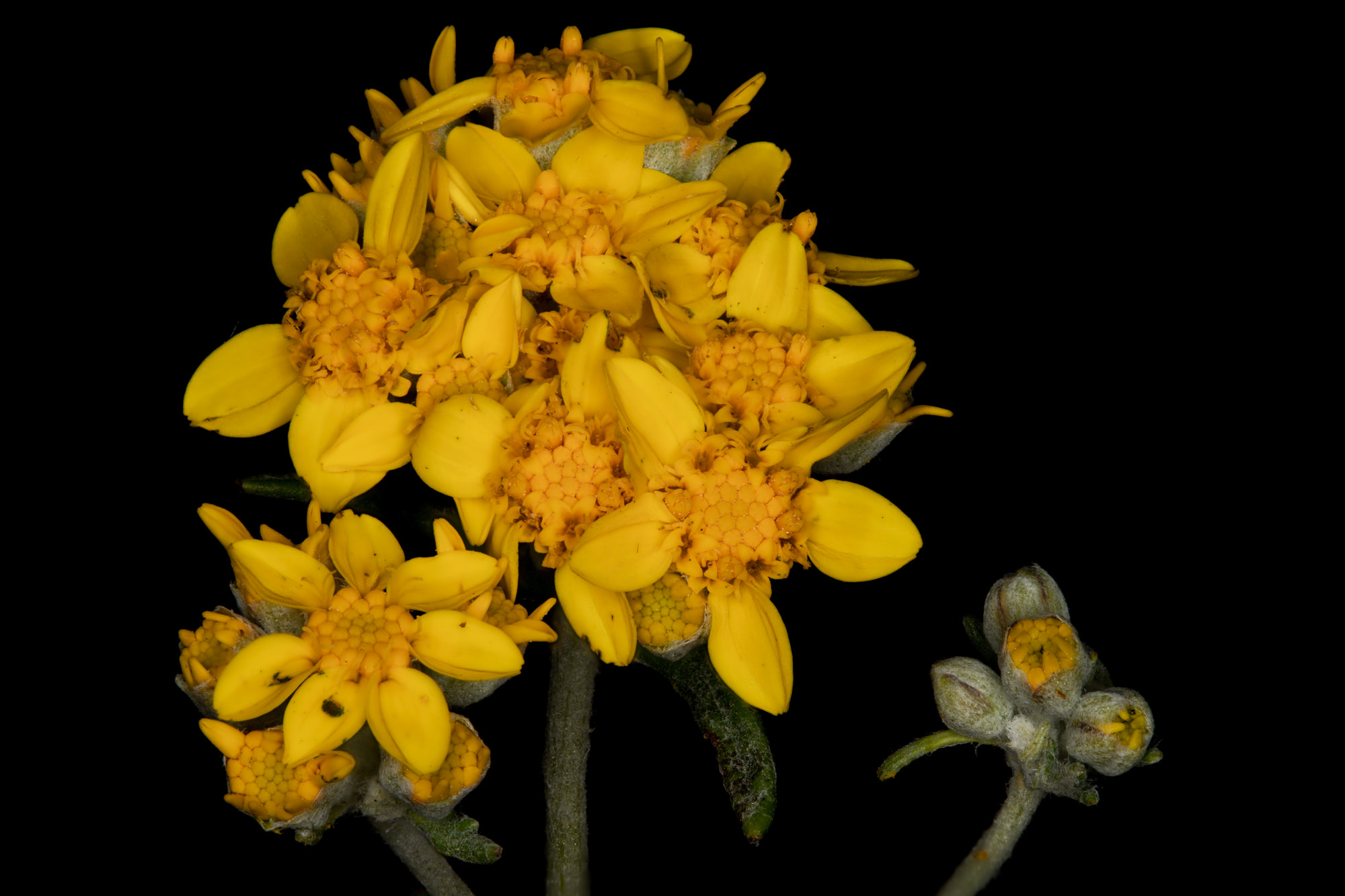 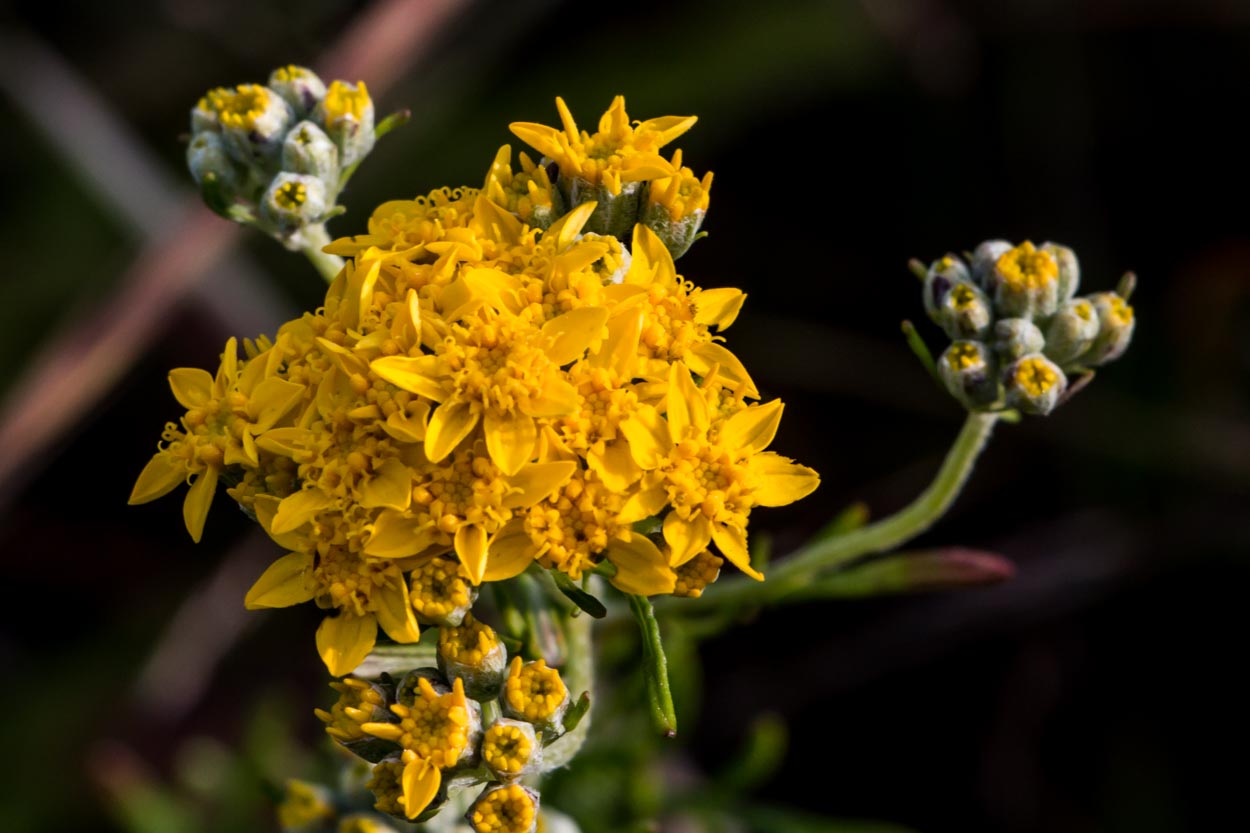 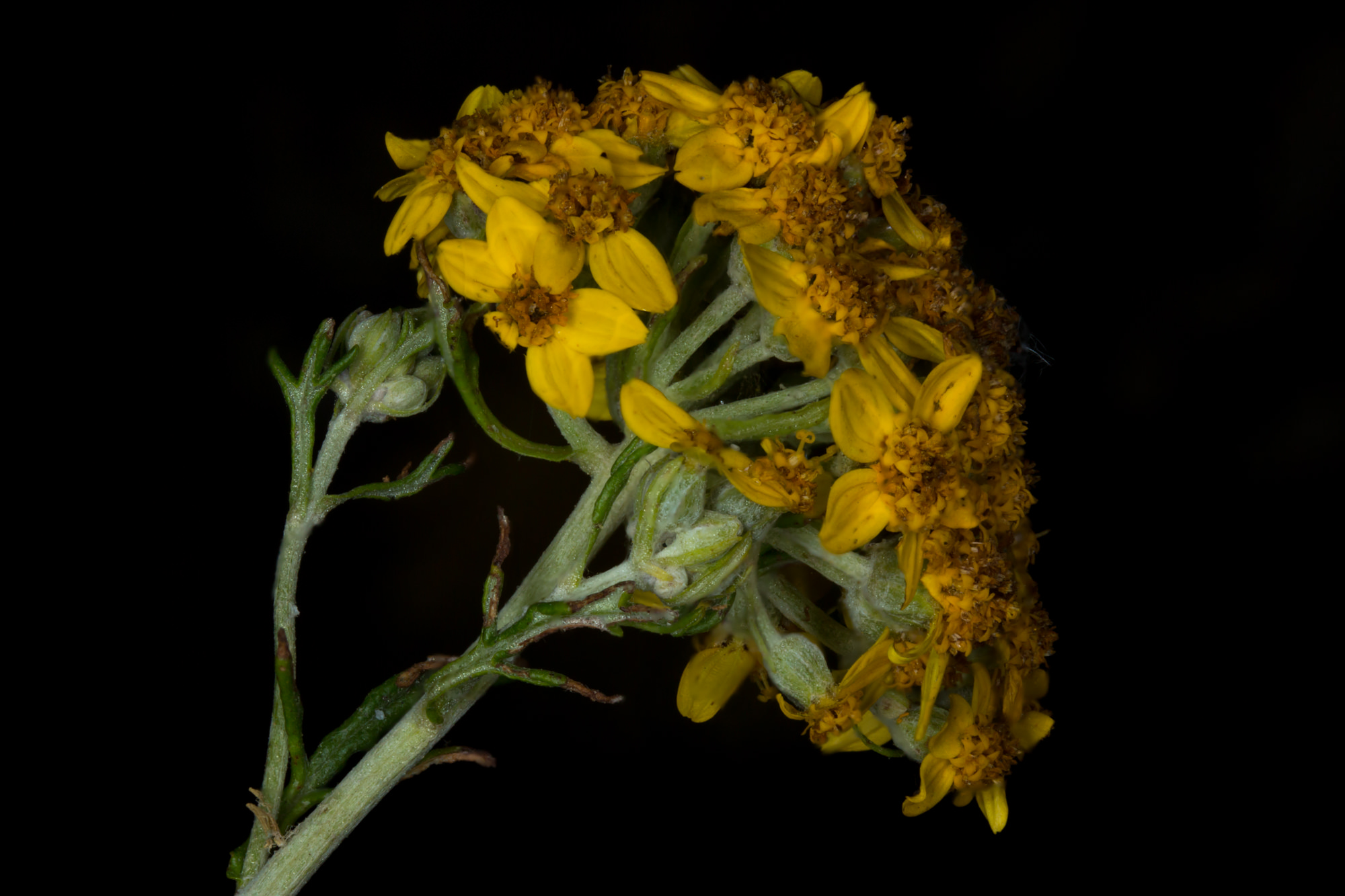 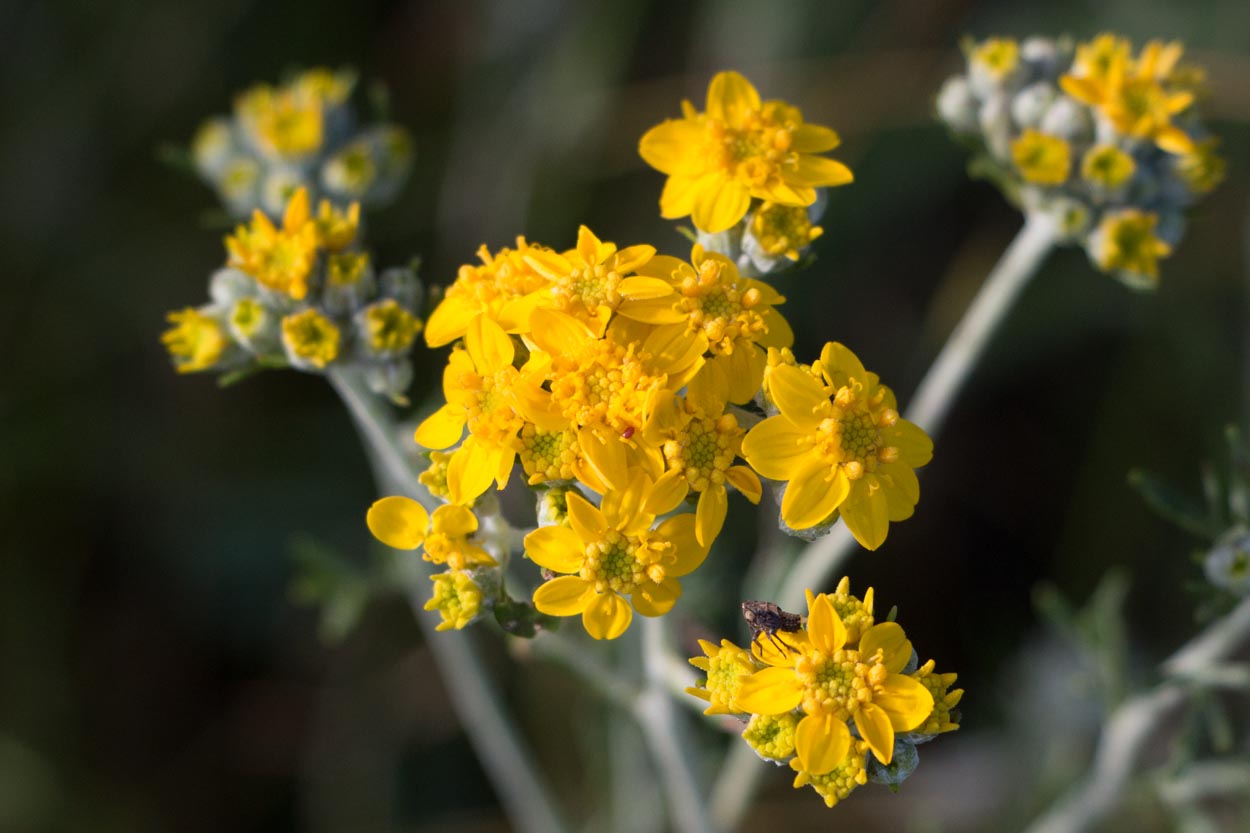 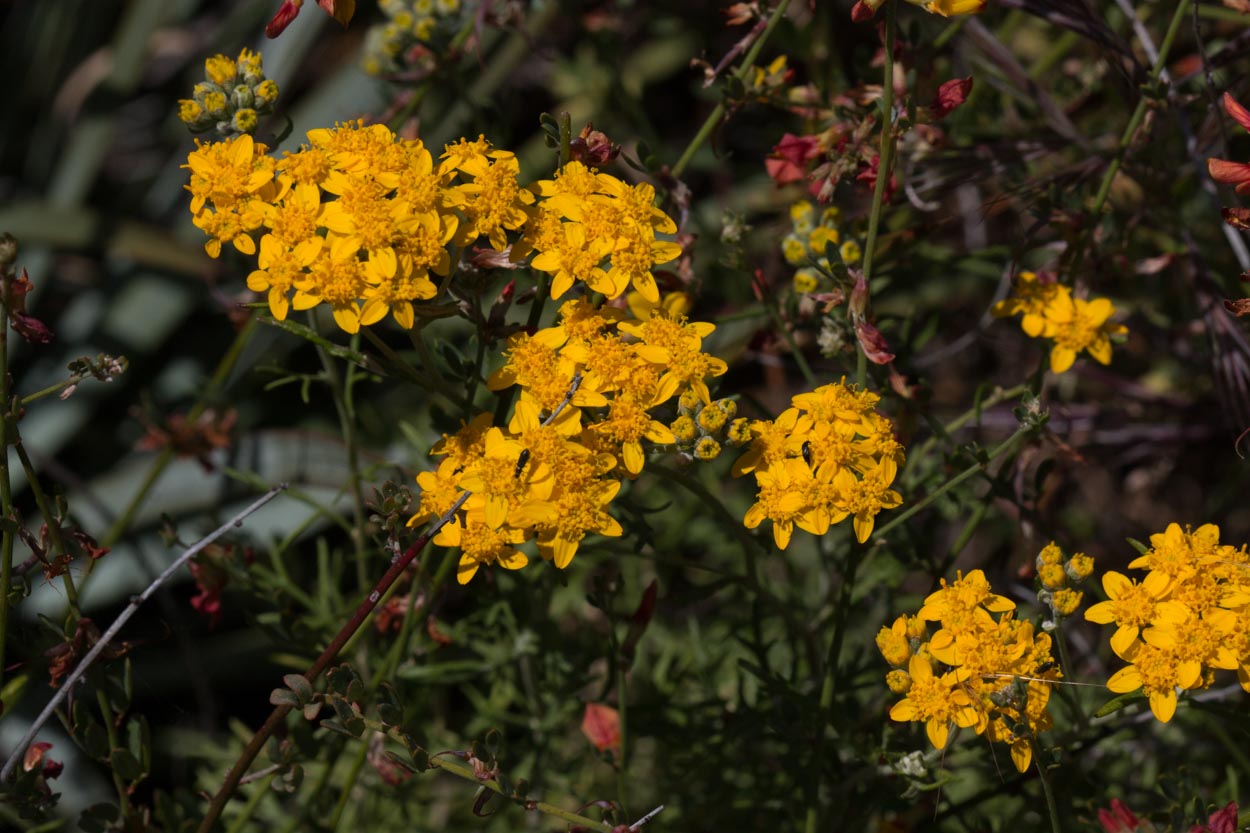 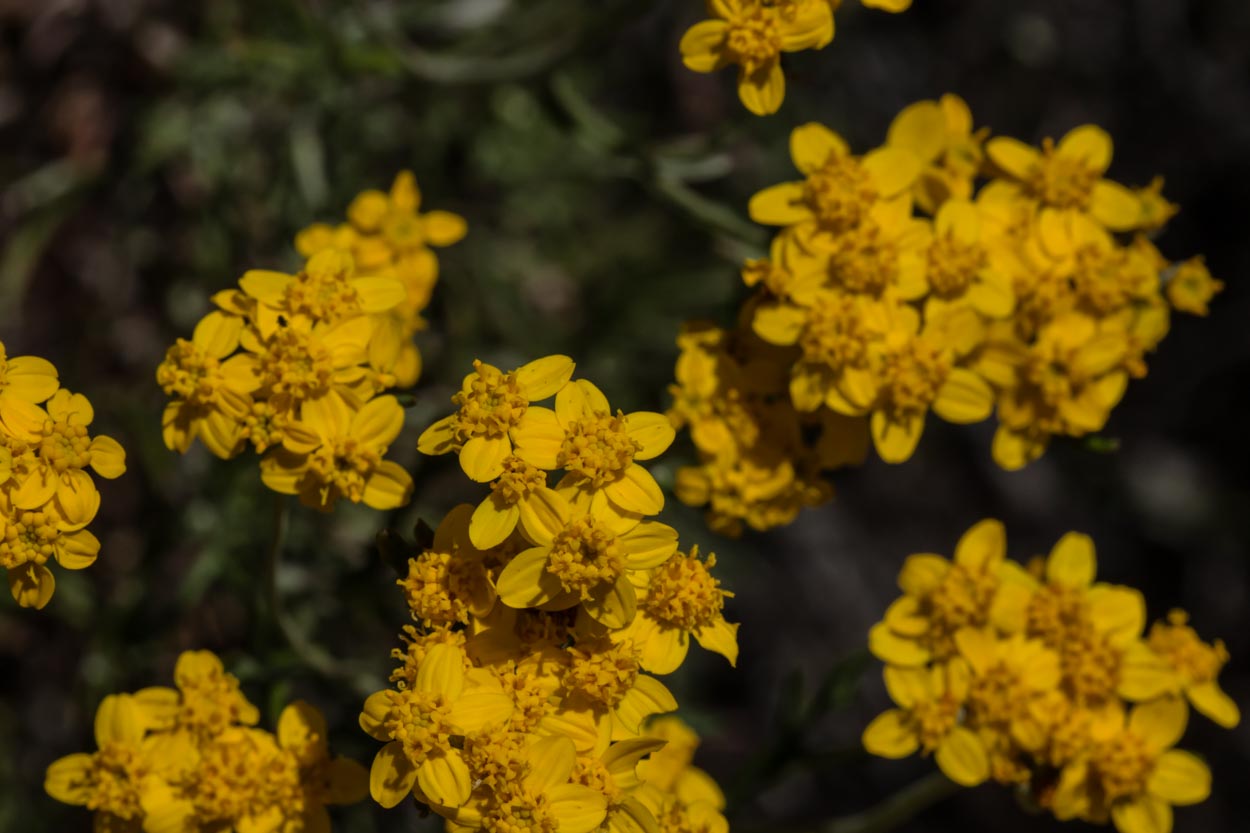 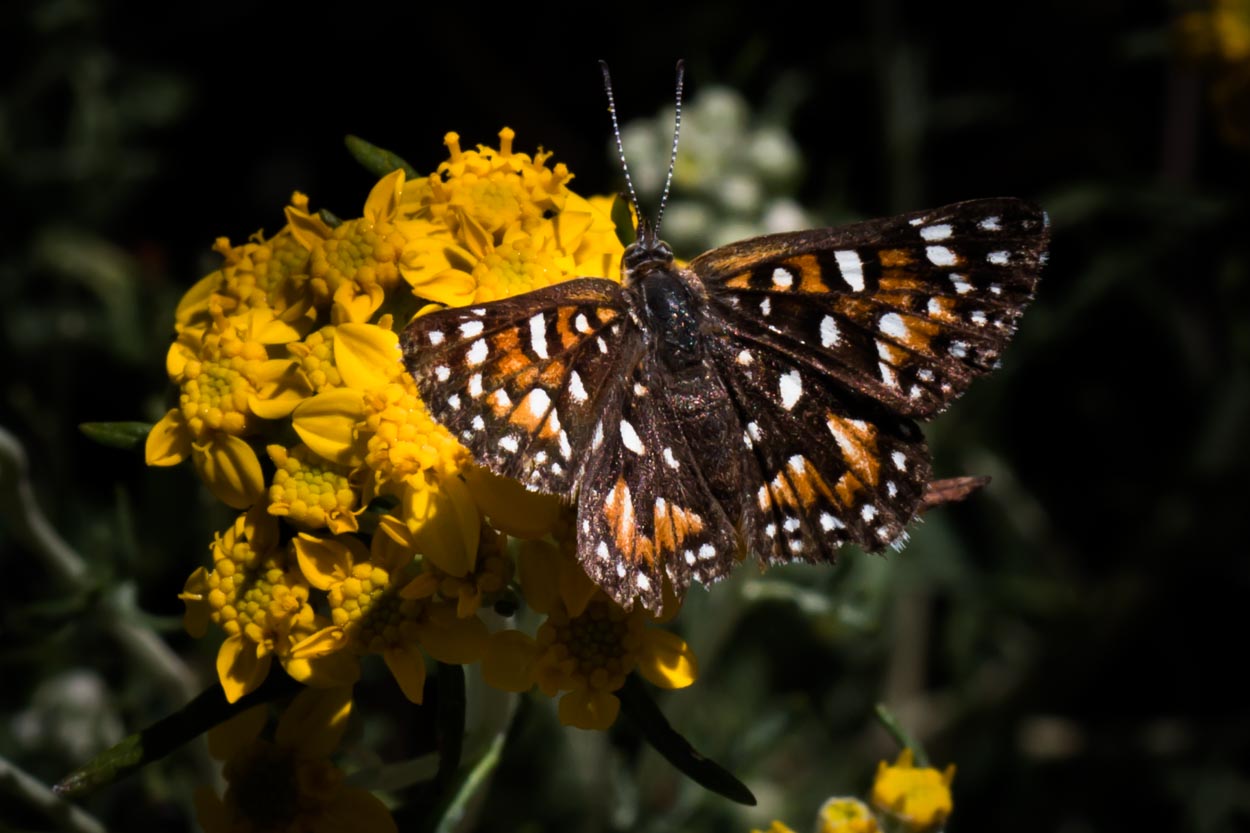 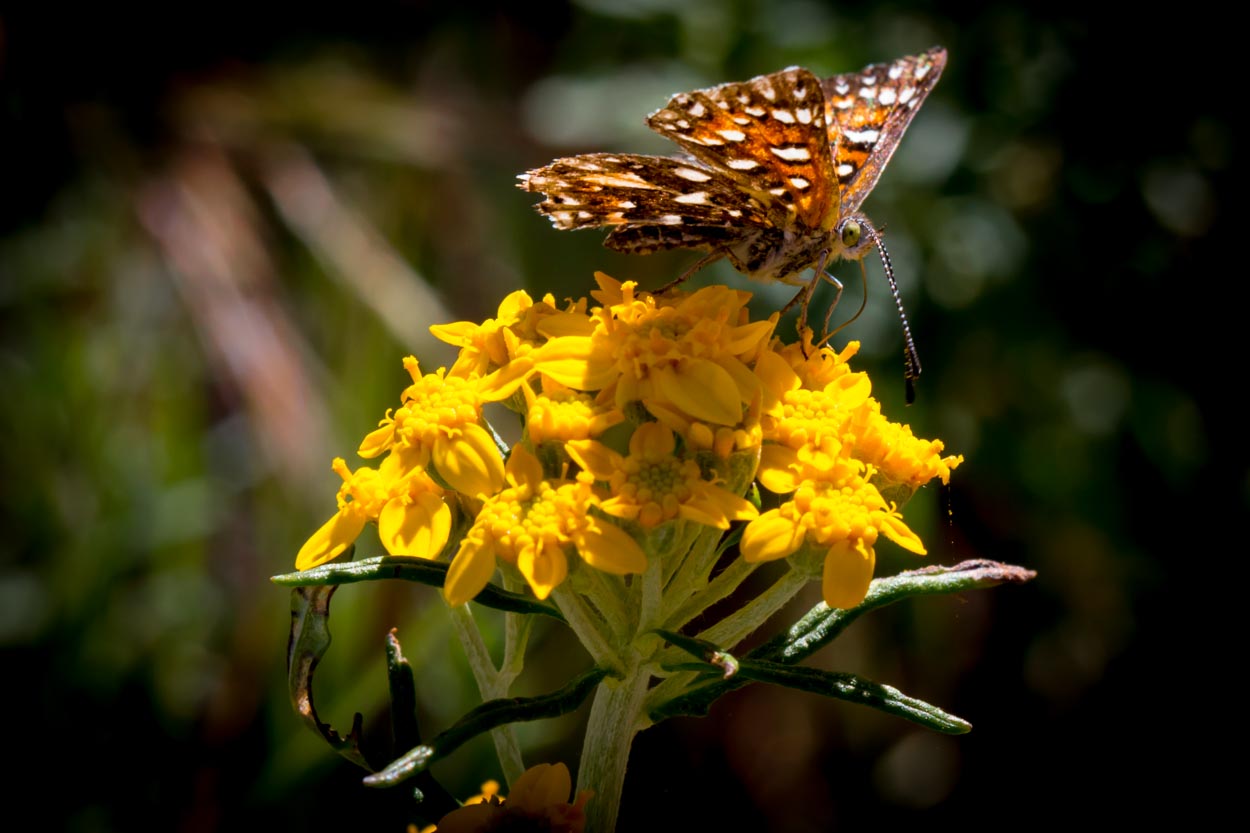 Golden yarrow is a very common plant which blooms from January through August in a variety of habitats.

The bright golden yellow flower heads contain individual ray and disk florets in crowded clusters at the ends of erect stems. The individual flowers are 1/8 to 1/4 inch diameter, and the combined flower heads are usually around a half inch in diameter. At the beginning of bloom the flowers are white. The narrow linearly divided leaves are found alternating on the stem and are 1/2 to 1 1/2 inches long. Underneath the green topside the leaves are woolly. The base of the plant produces many gray and woolly stems.