Plant of the Month - Mugwort 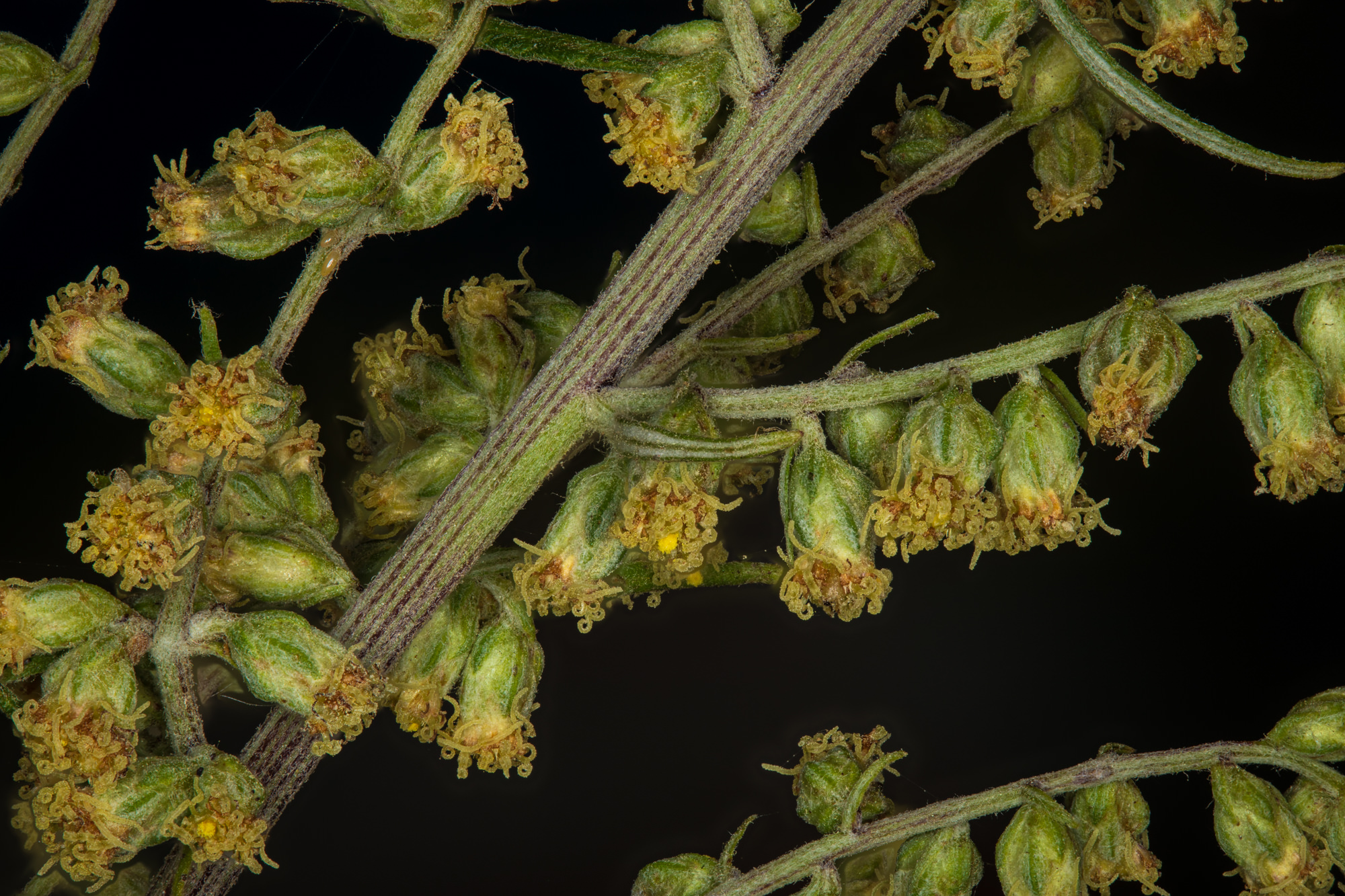 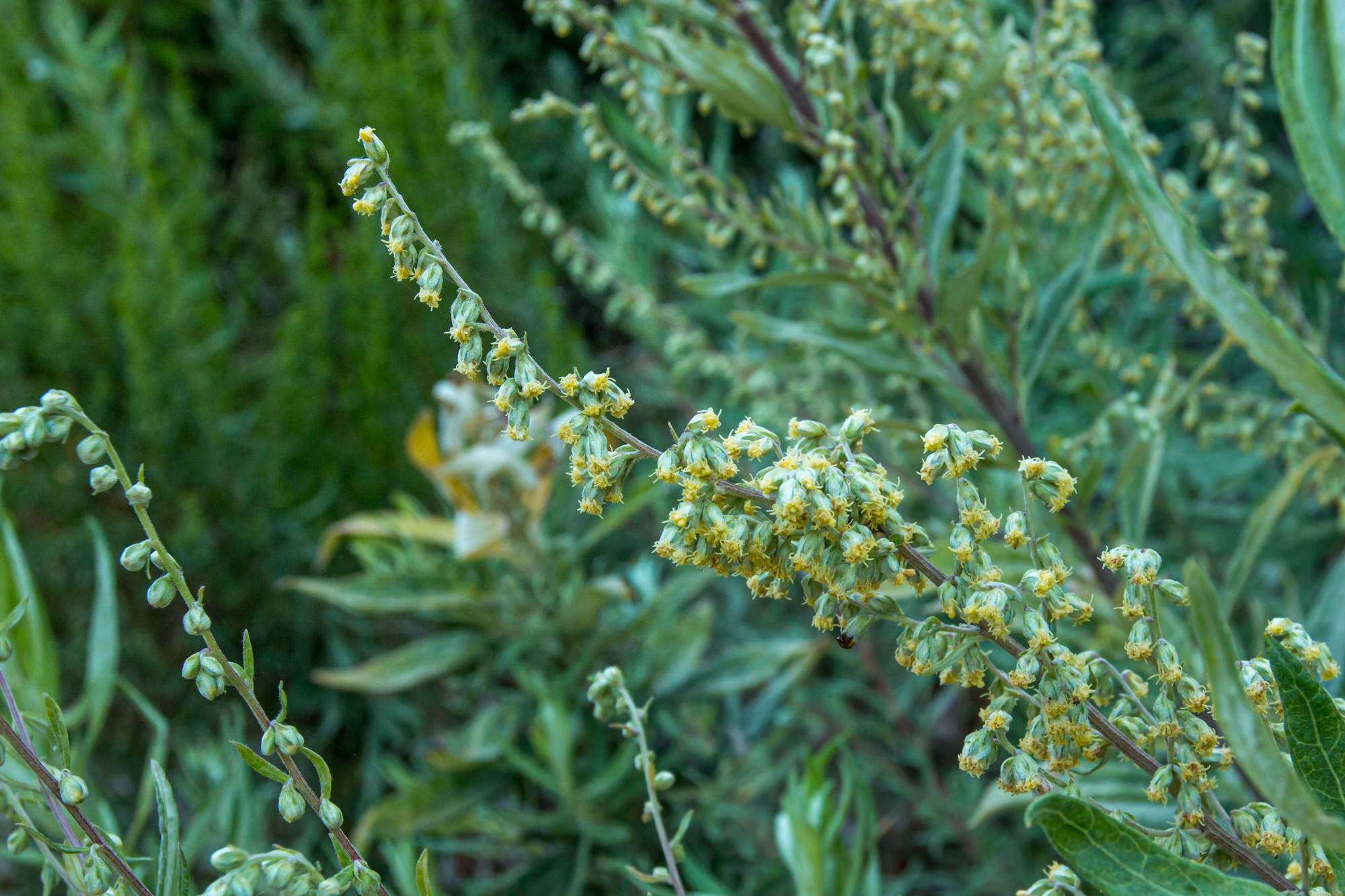 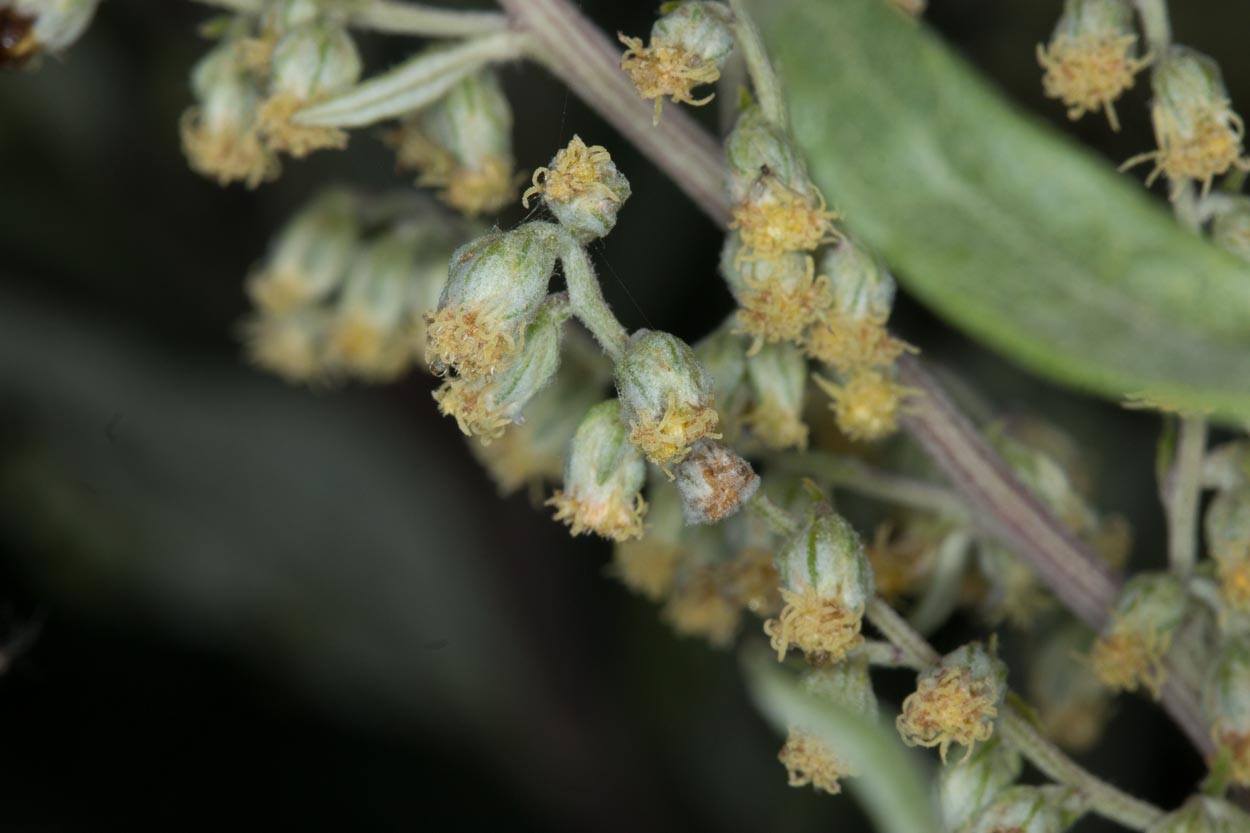 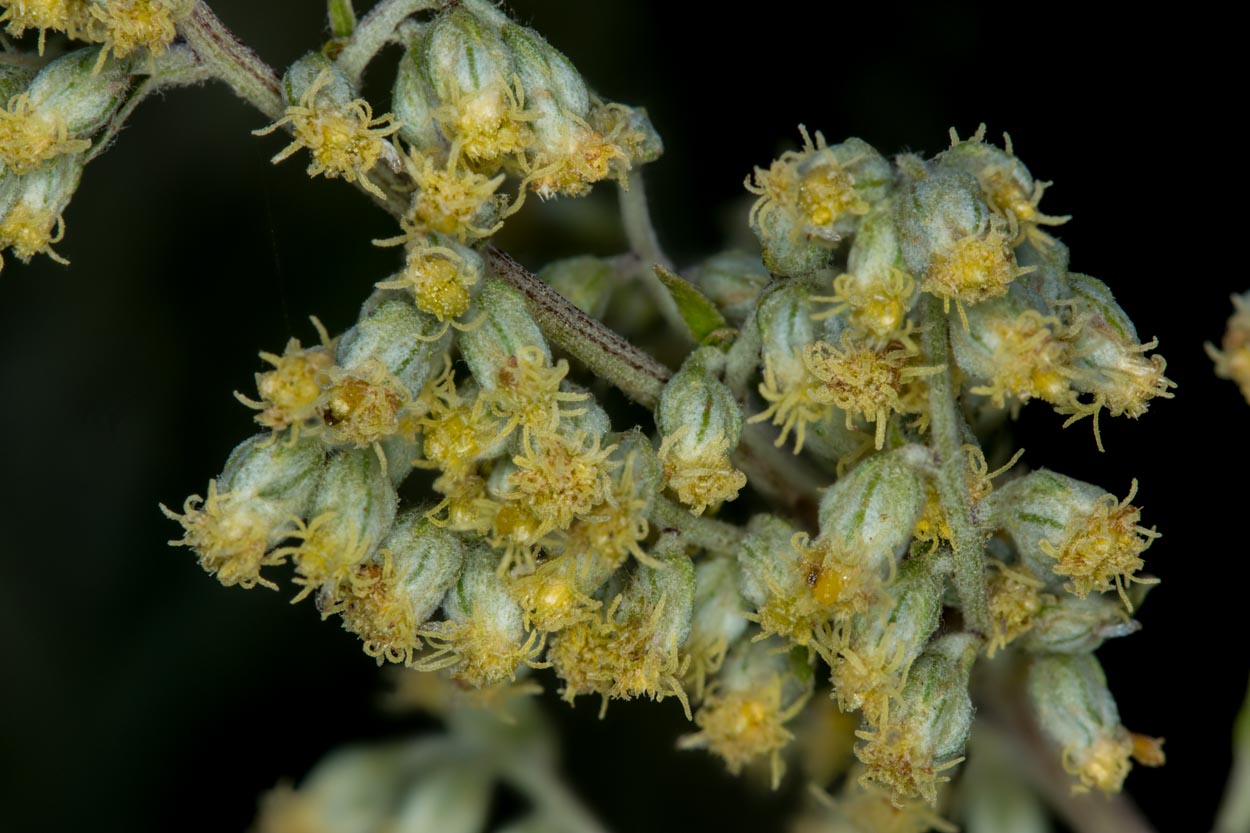 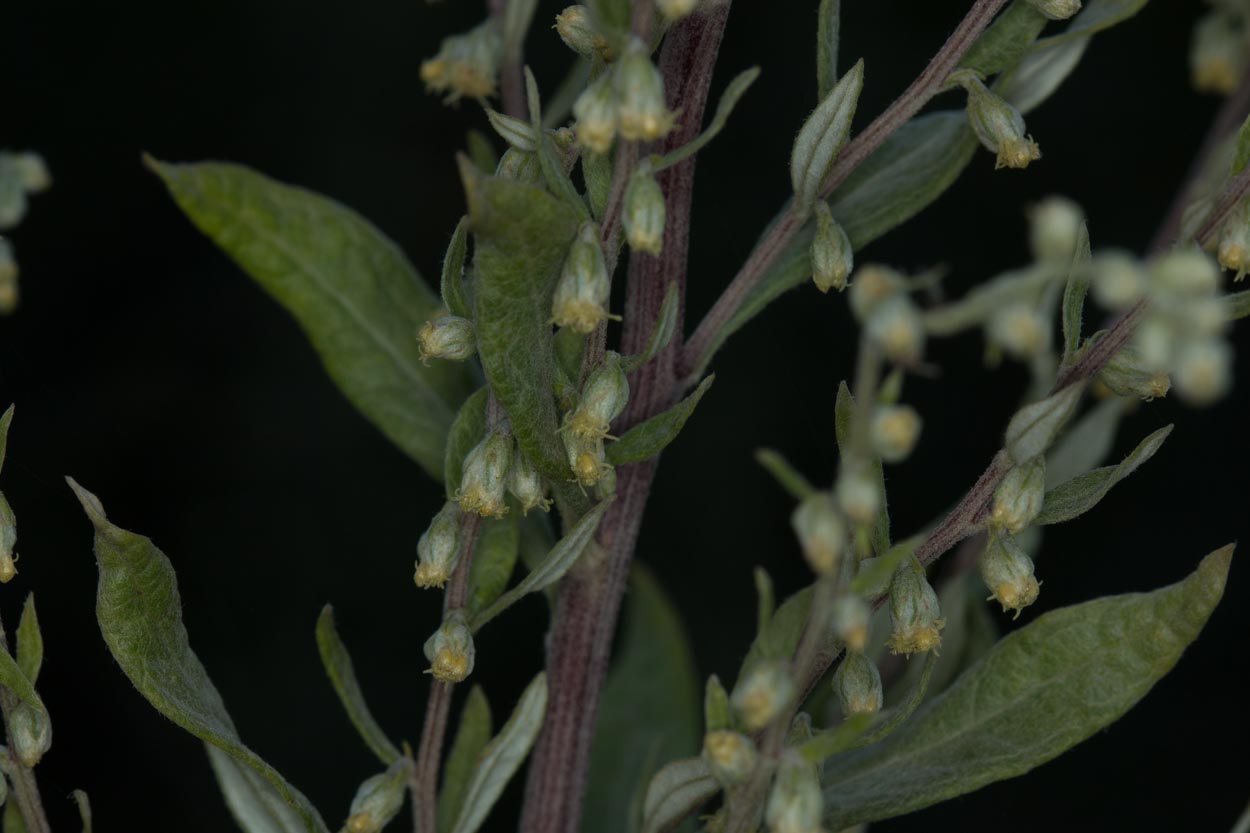 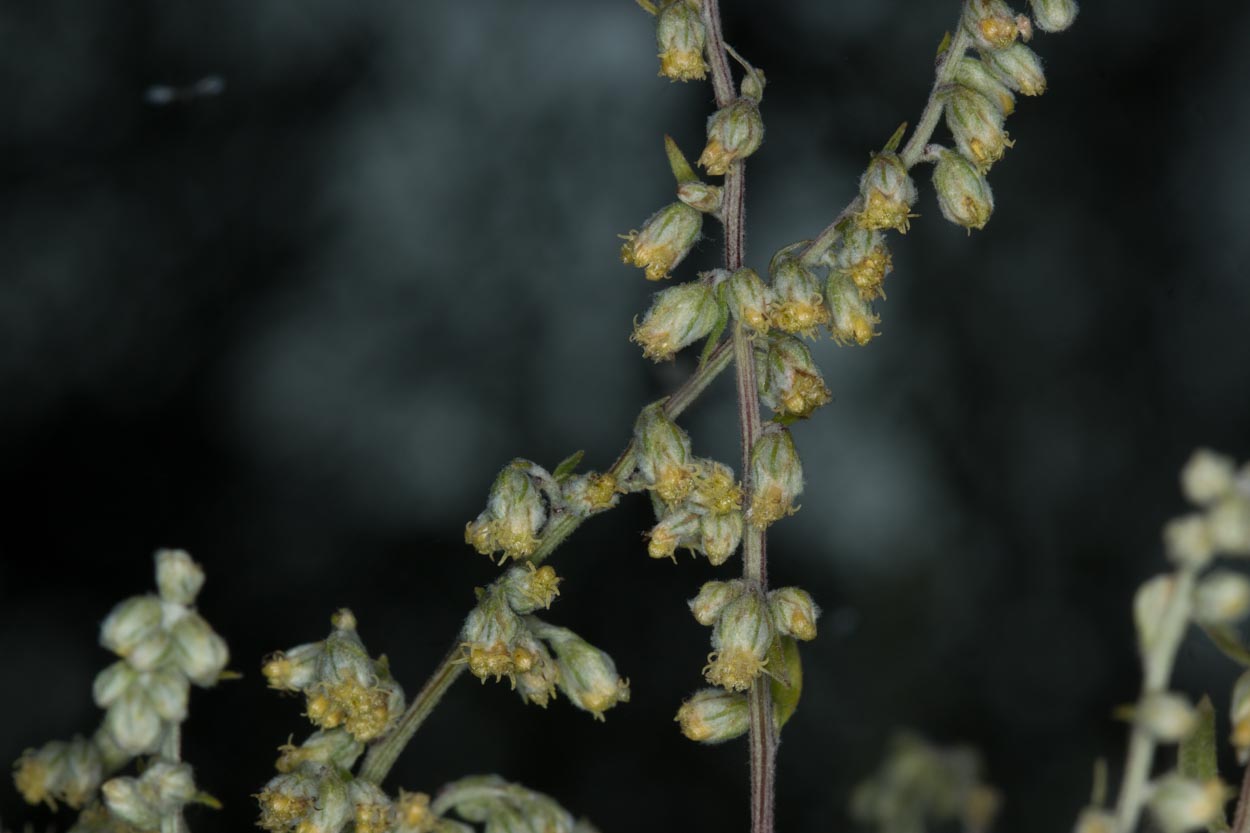 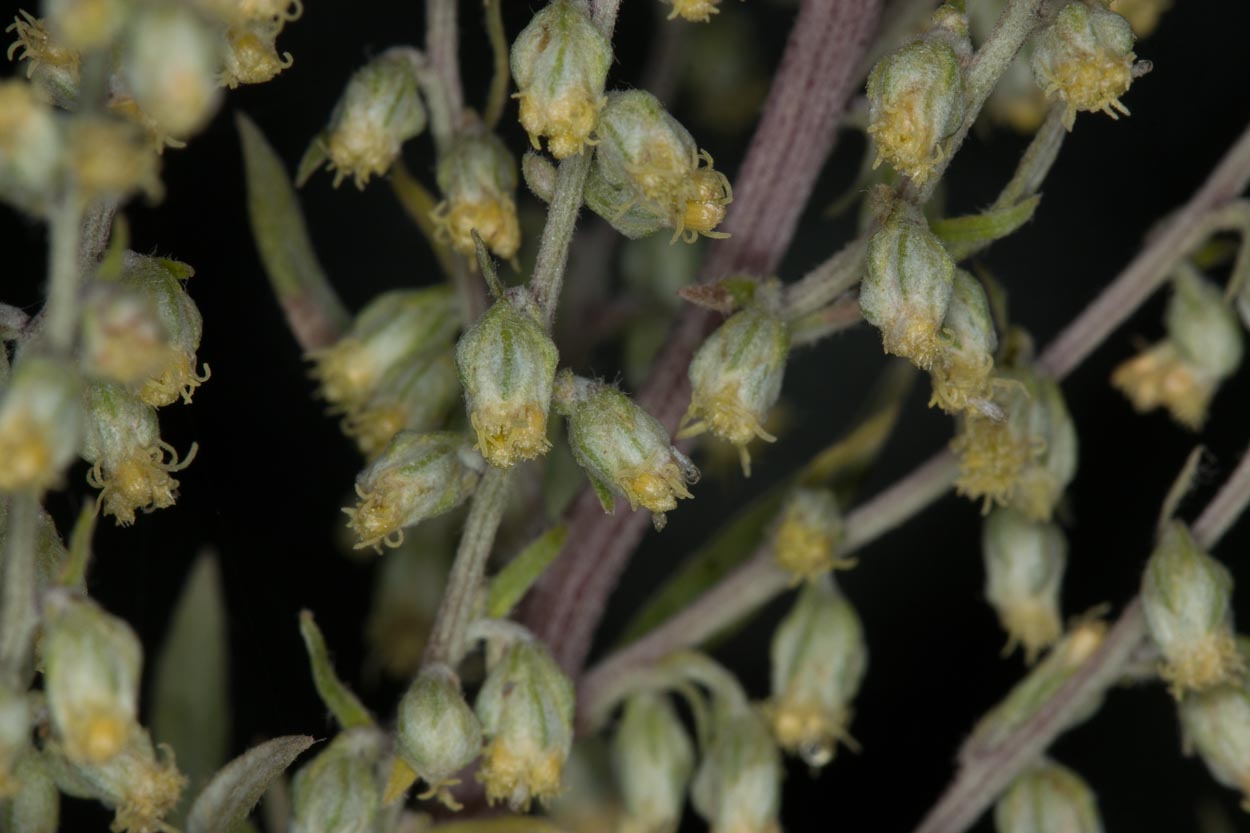 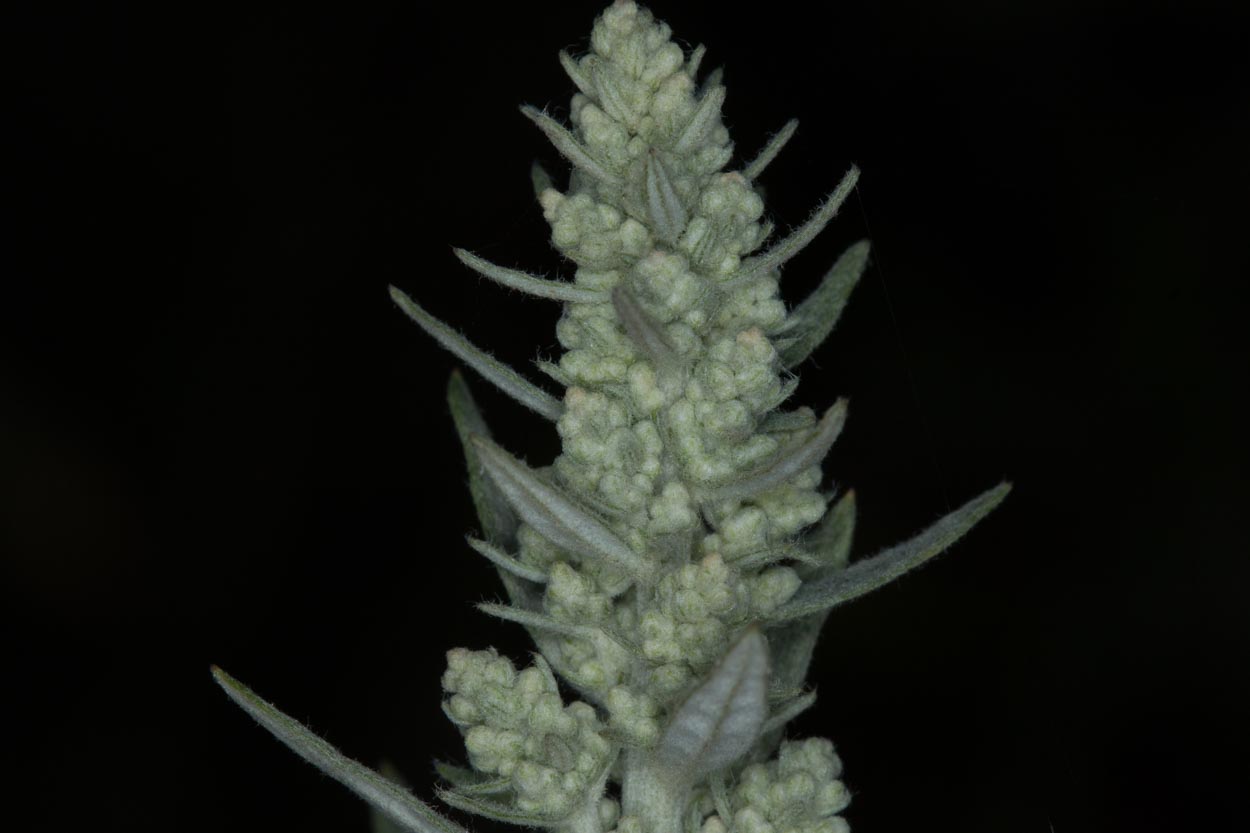 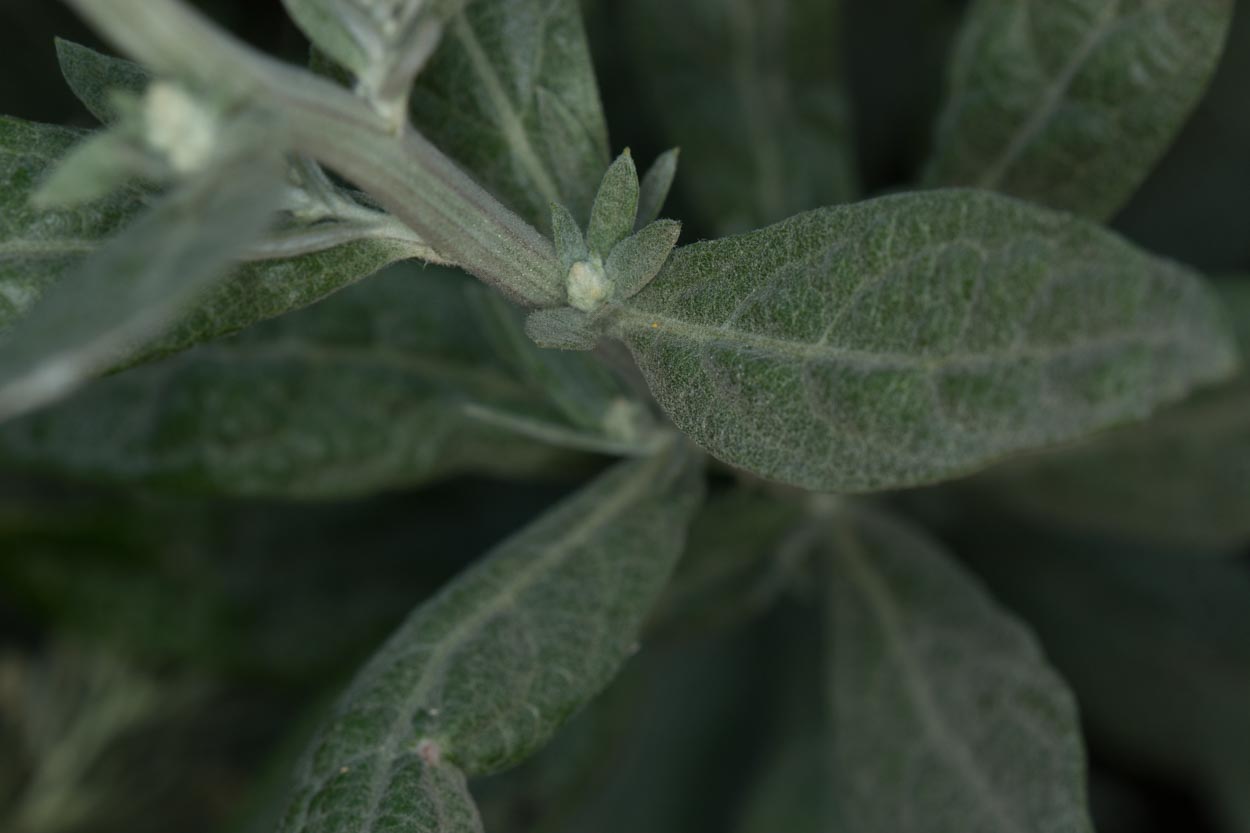 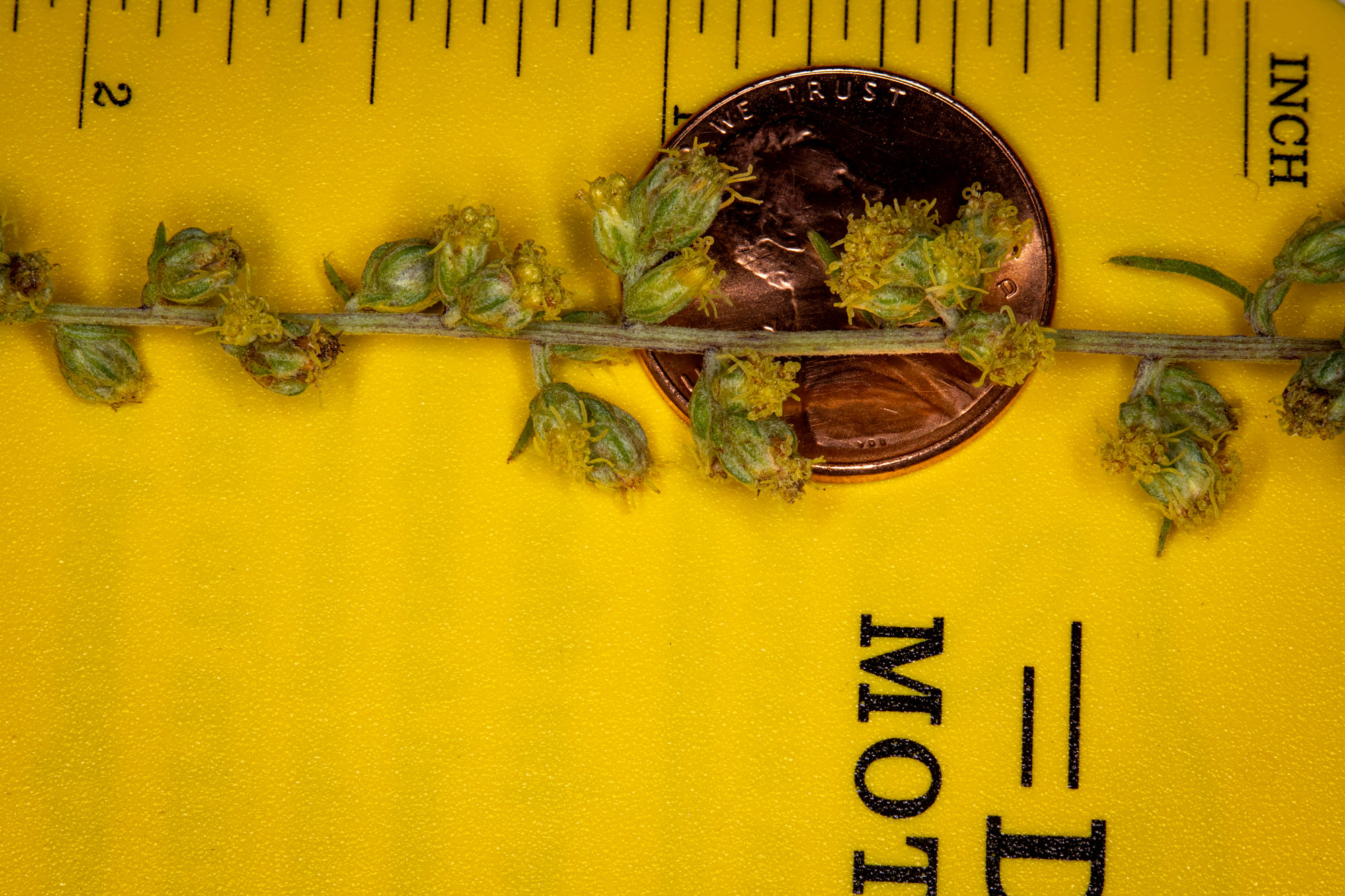 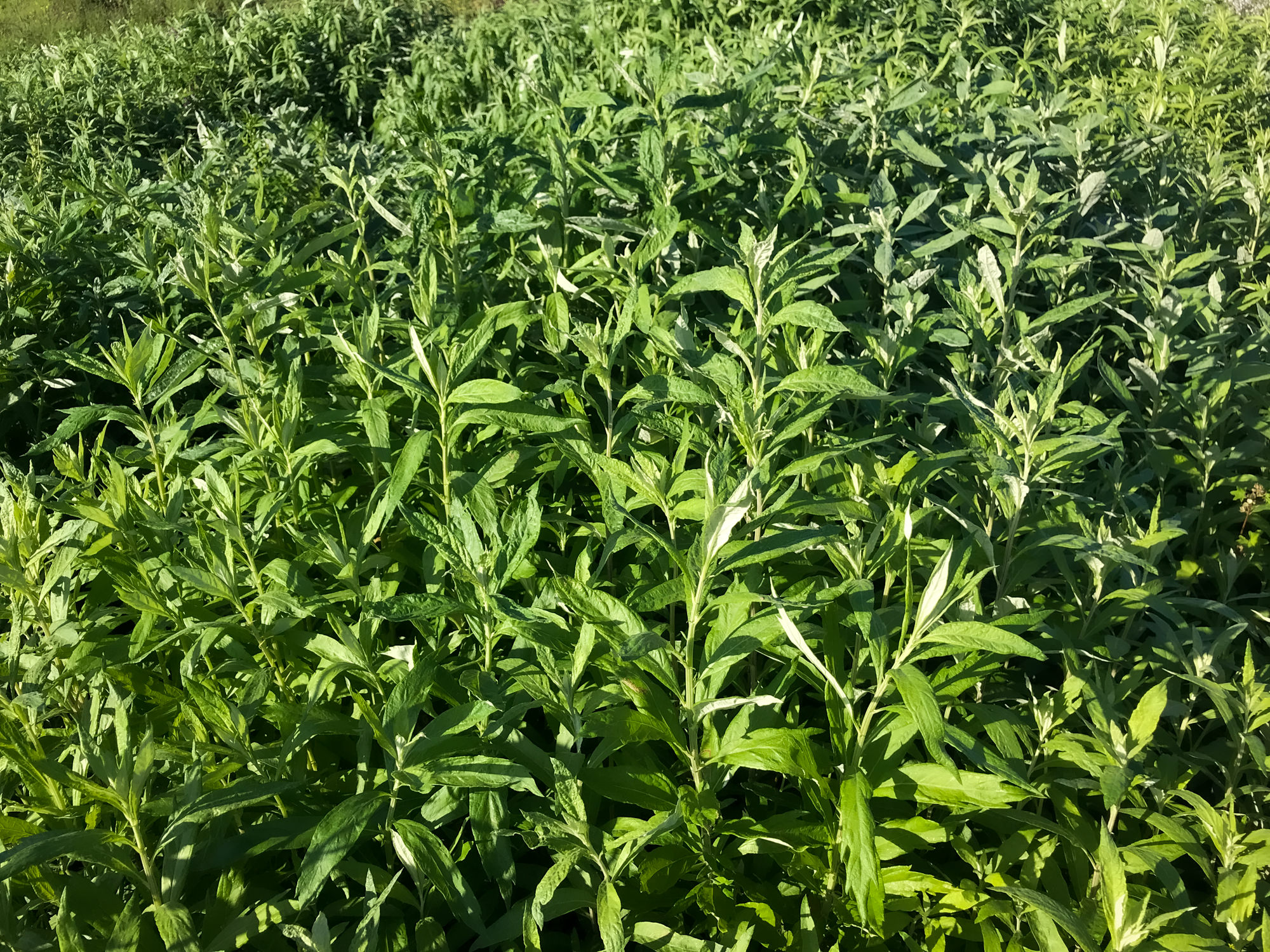 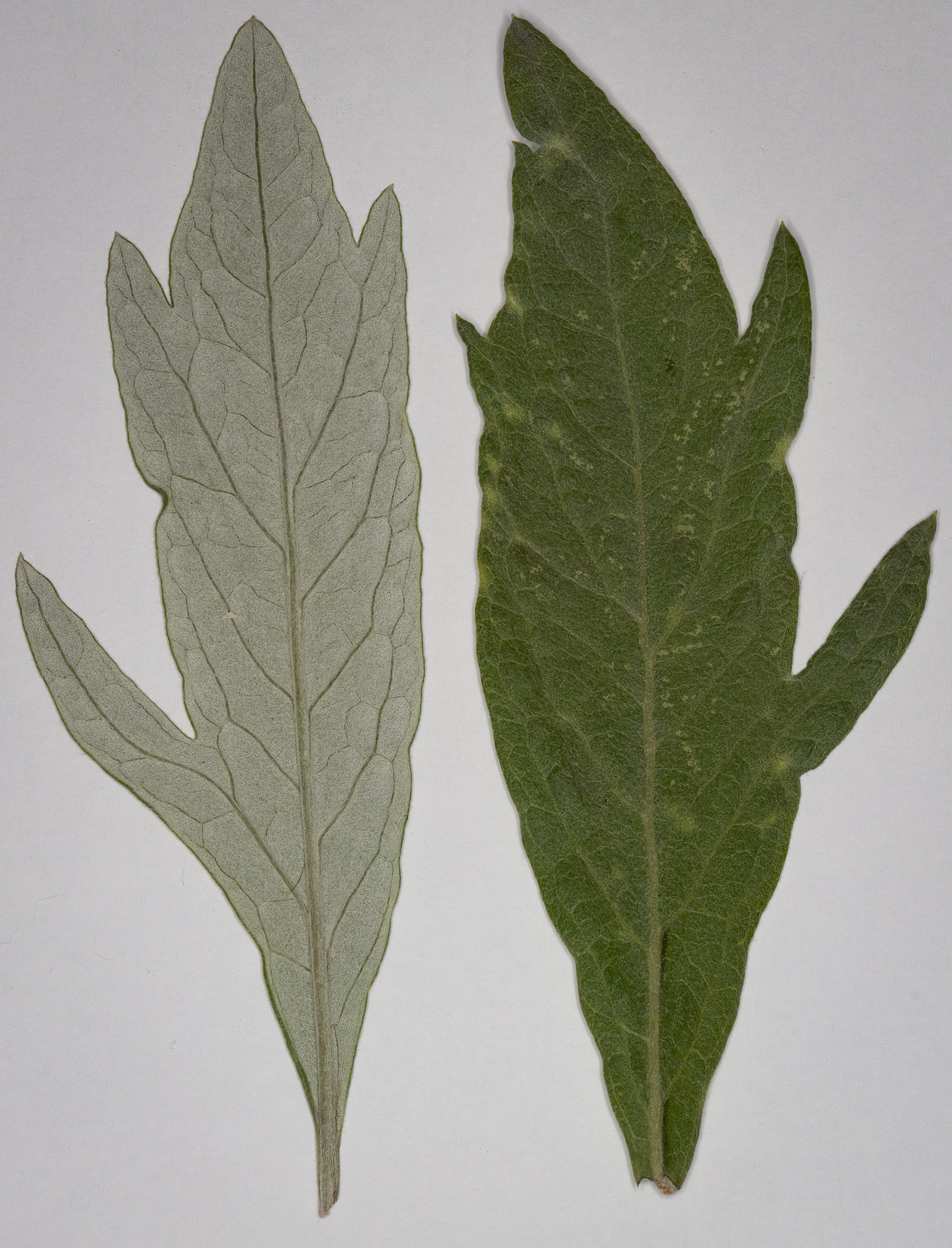 Mugwort is most commonly found on stream banks where there is ample year-round moisture. It blooms from June to November, but may be more noted for its foliage than its flowers.

Mugwort has a woody base and erect gray-green stems. Propagation is usually by underground rhizome. The lance-shaped leaves are 2-6 inches long, smooth bright green above, woolly and gray-green underneath. The small roundish disk flowers sprout at the ends of dense leafy spikes. The plant is aromatic, smelling mediciney like a cross between sage and camphor.

Frequently found growing near Poison Oak, there is a tradition that suggests rubbing Mugwort leaves on skin after exposure to the urushiol poison may help, but science has not stepped forward to confirm or refute this practice. Likewise a poultice of its leaves may have some benefit for stinging nettles or insect bites.

The common name Mugwort comes from the contraction of "mug" and "wort", the latter being a term meaning plant or herb. The "mug" part is thought to refer to an insect; either tiny flying insects called midges, or moths, or maggots... the exact meaning is a mystery. The genus name Artemisia most likely refers to the Greek goddess Artemis, although Queen Artemisia of Halicarnassus in Asia Minor (Turkey) is another possible reference. The species name douglasiana is after the Scottish collector David Douglas.