Plant of the Month - Peninsular Onion 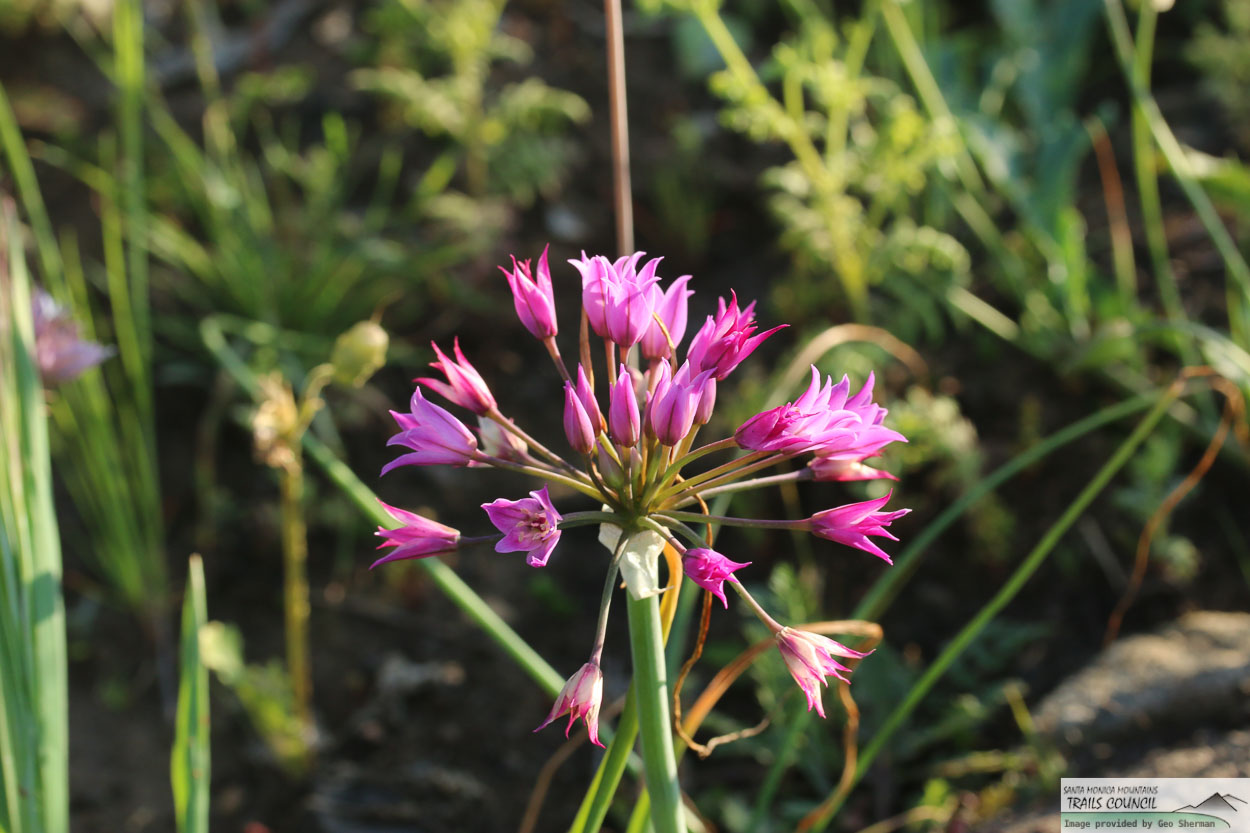 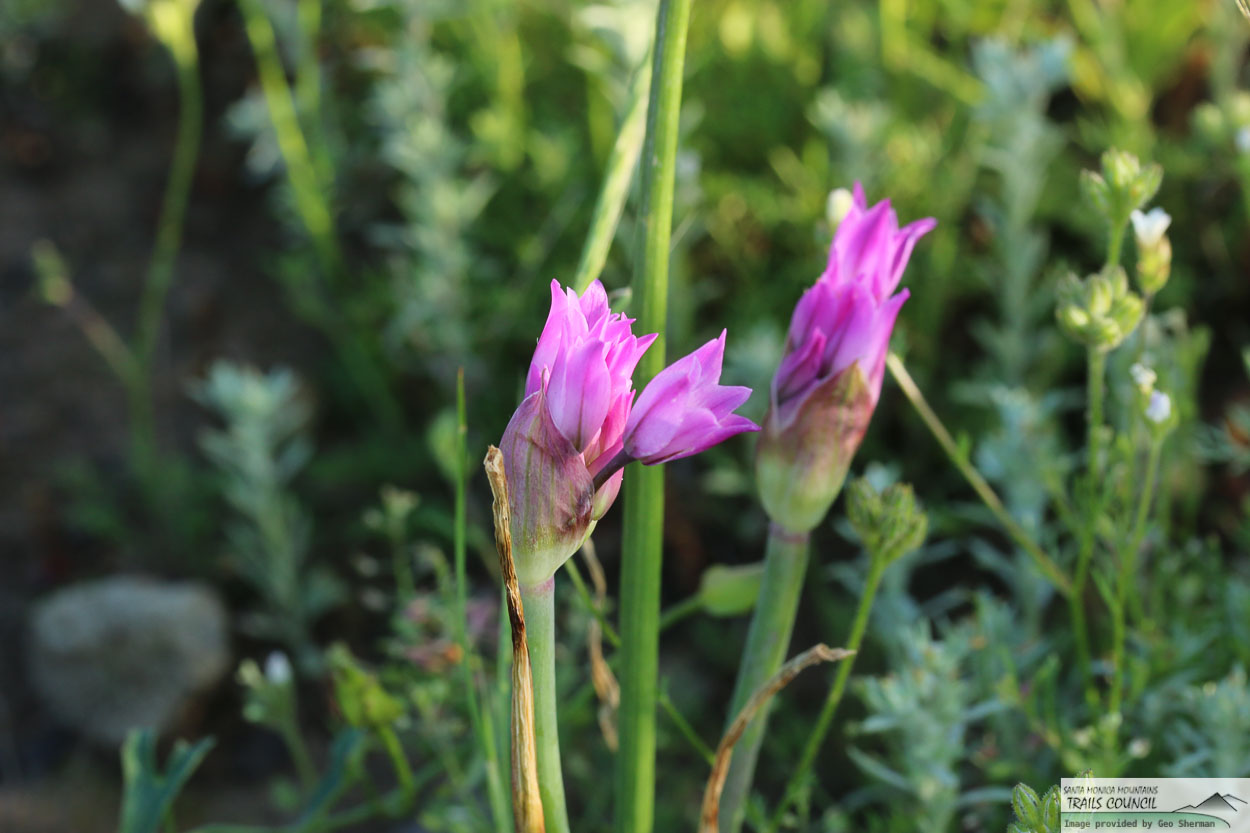 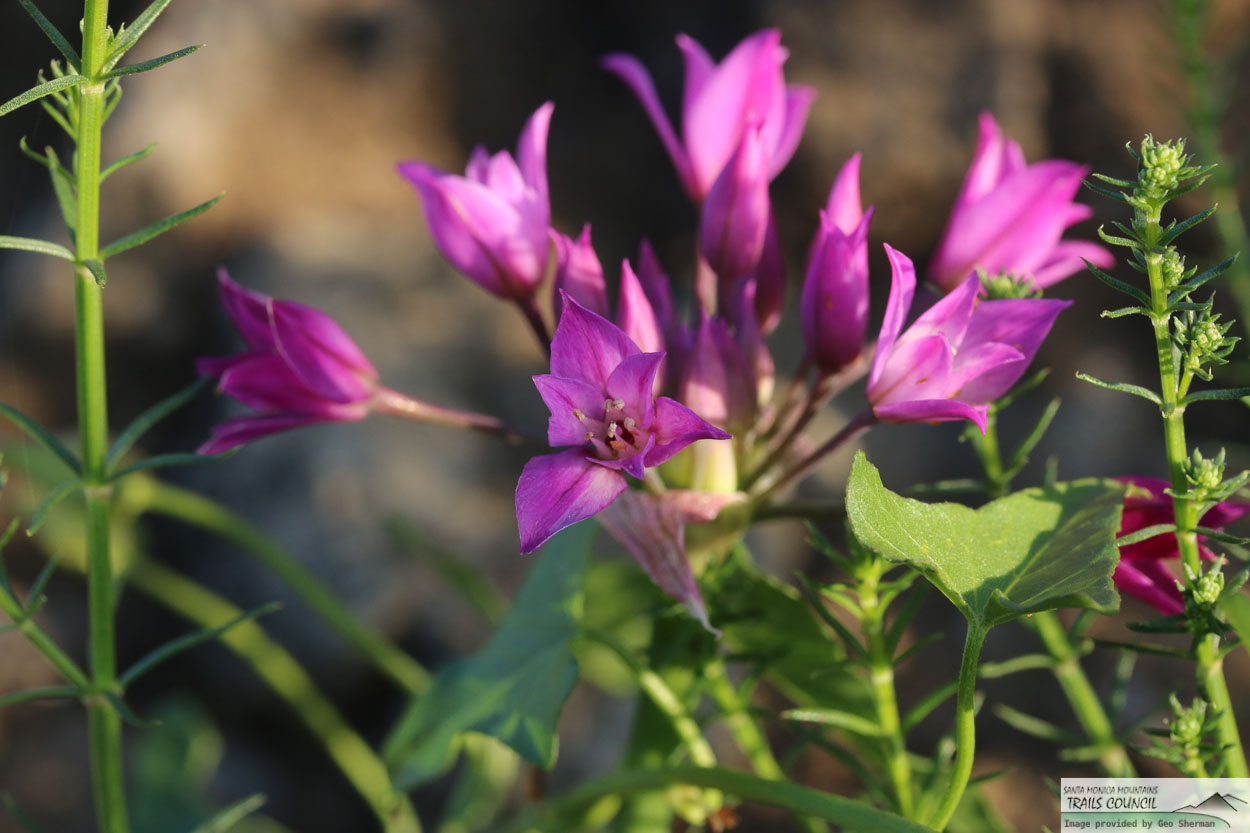 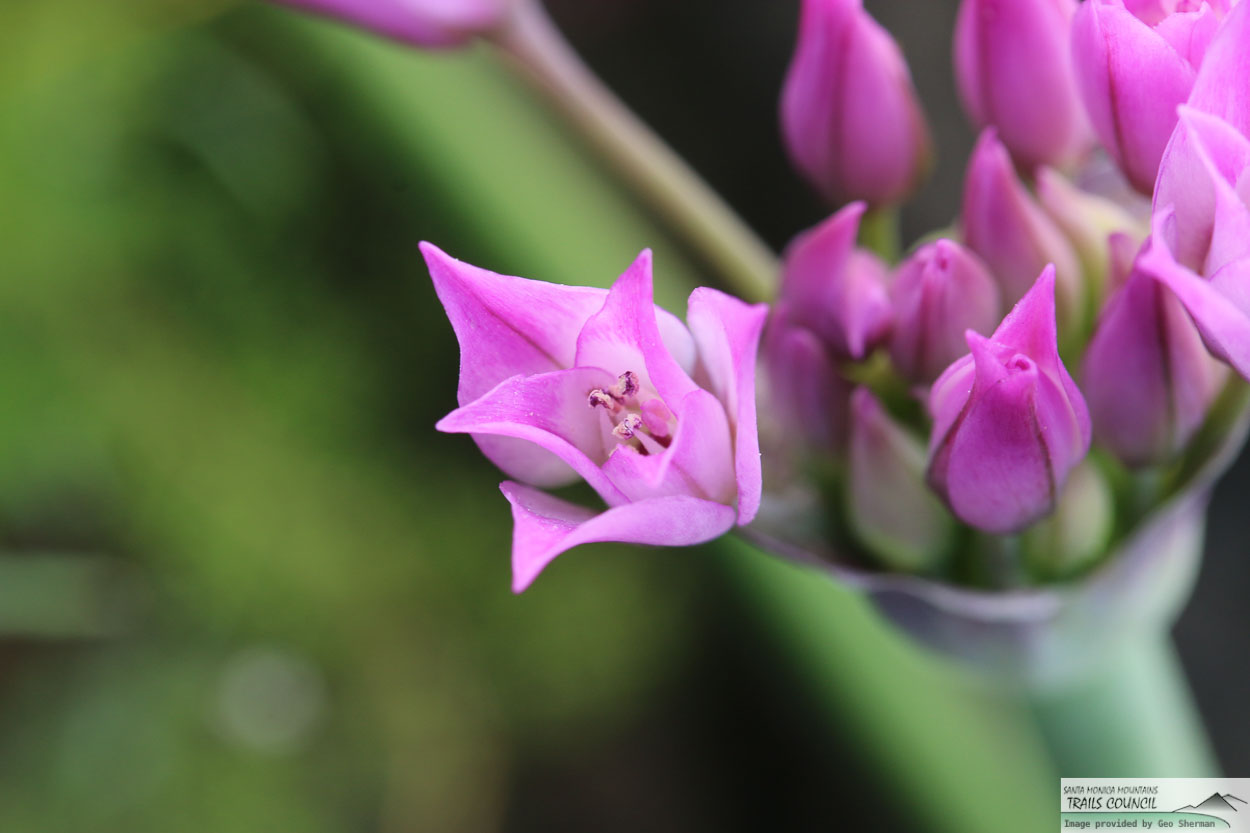 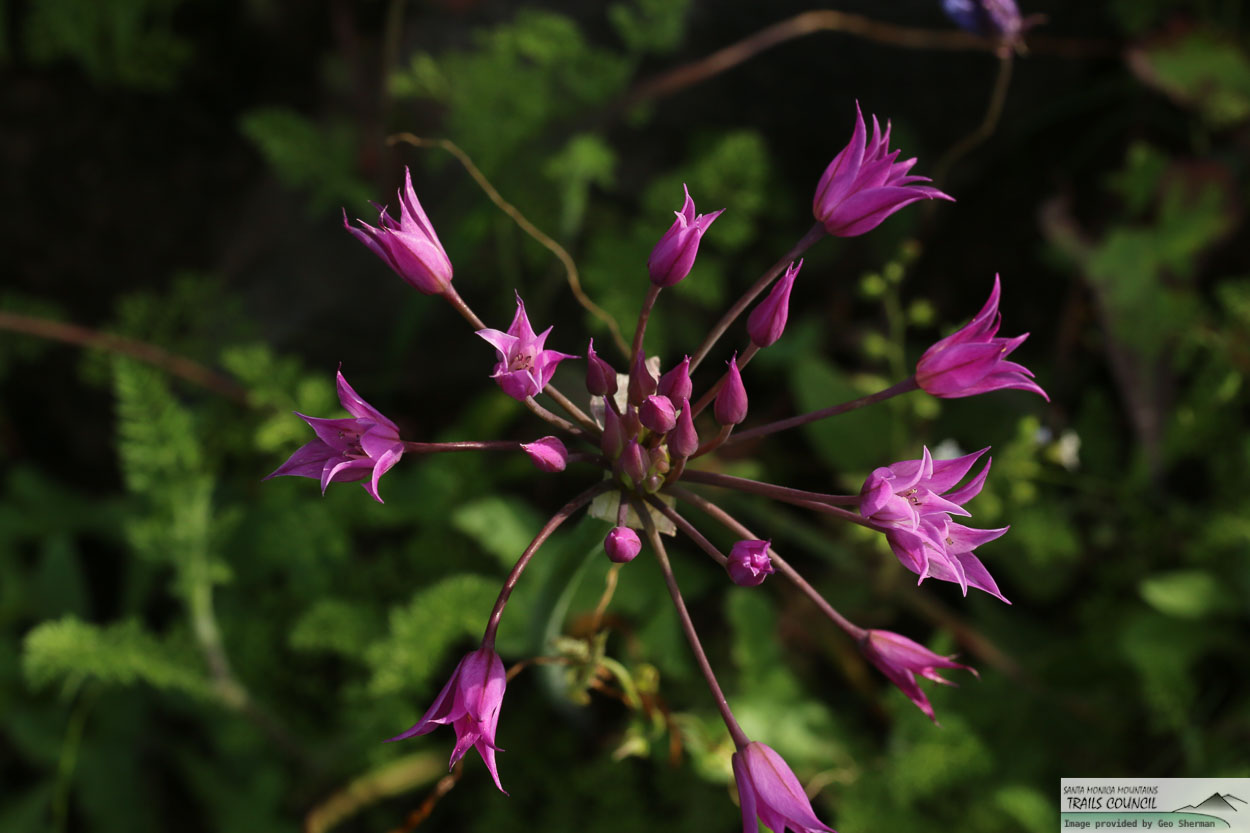 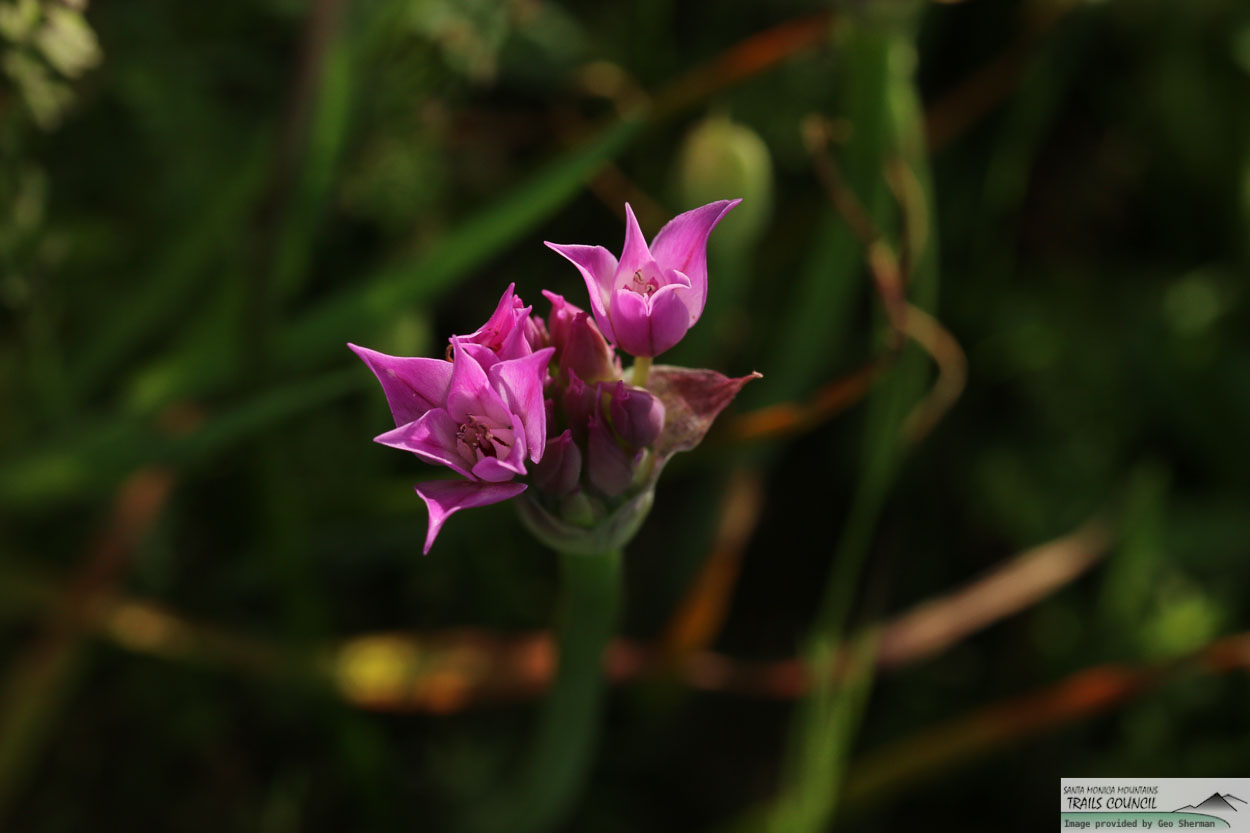 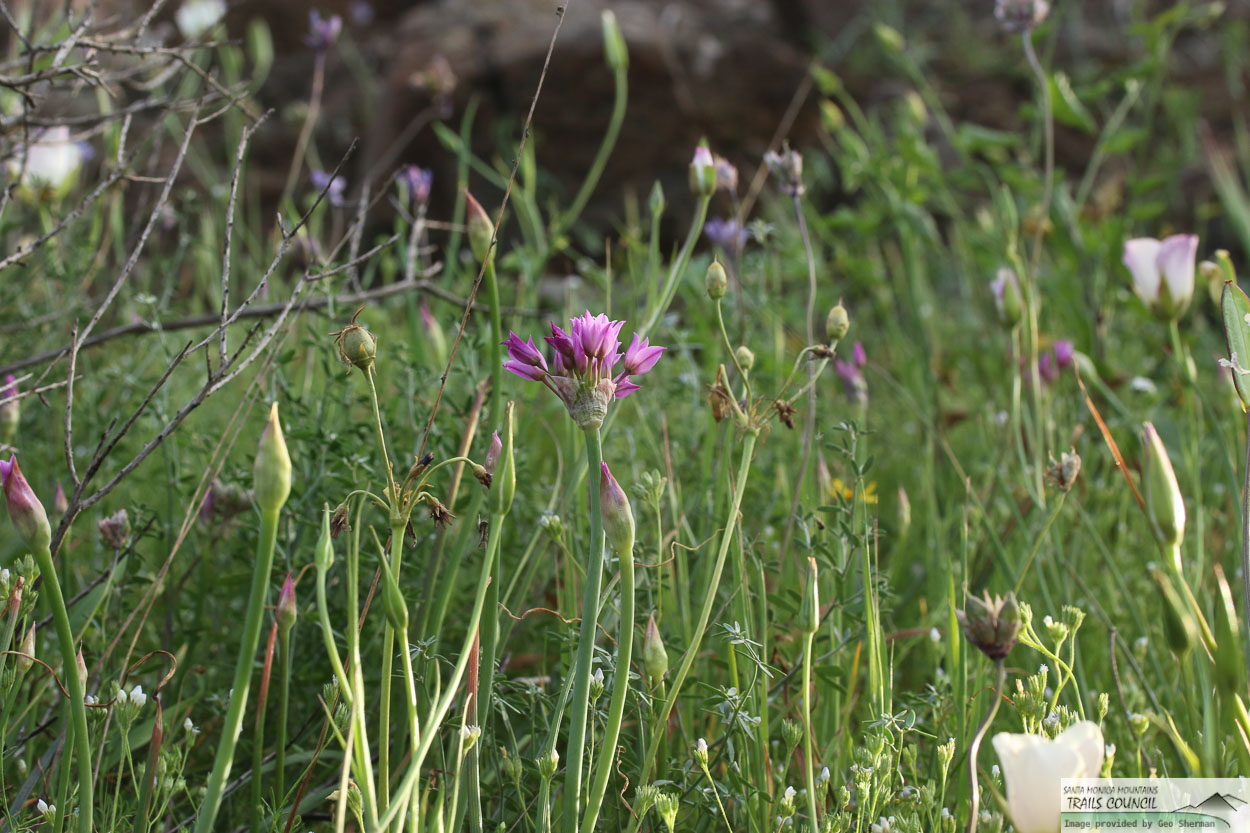 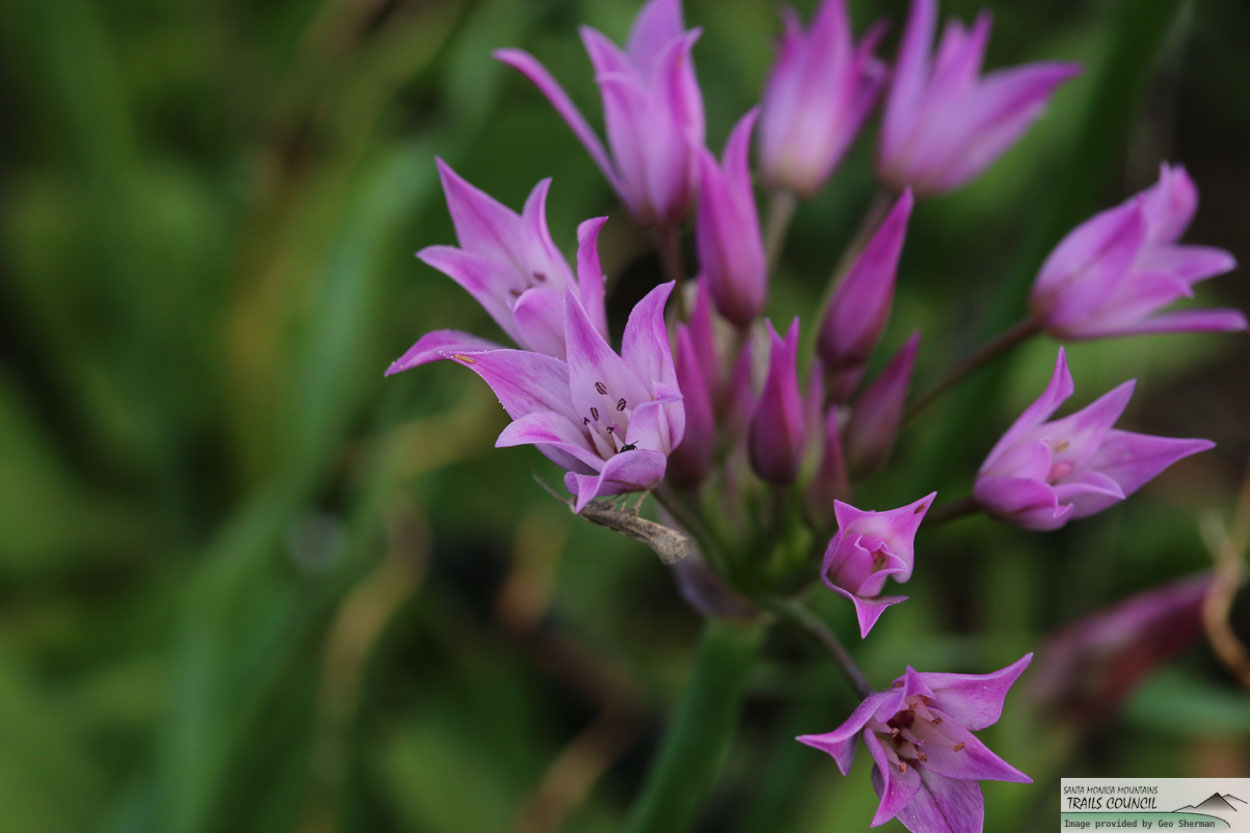 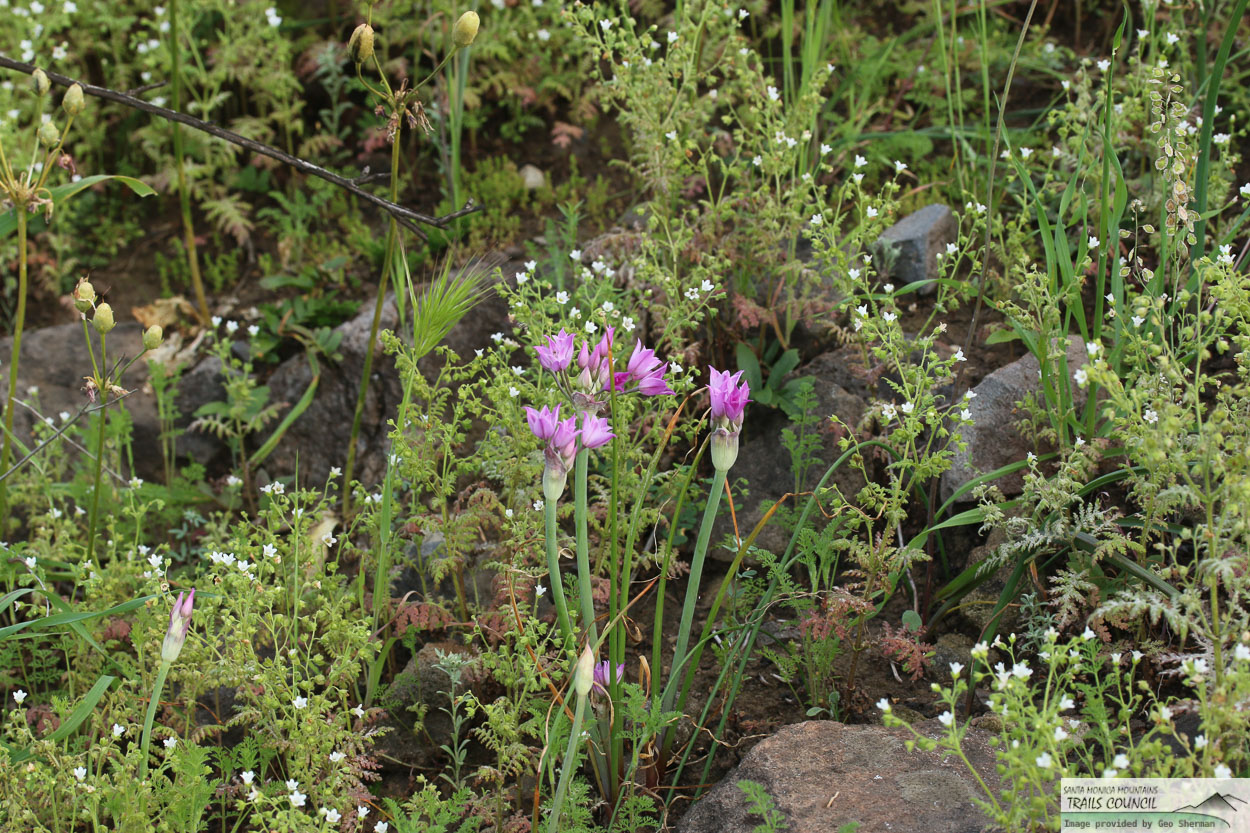 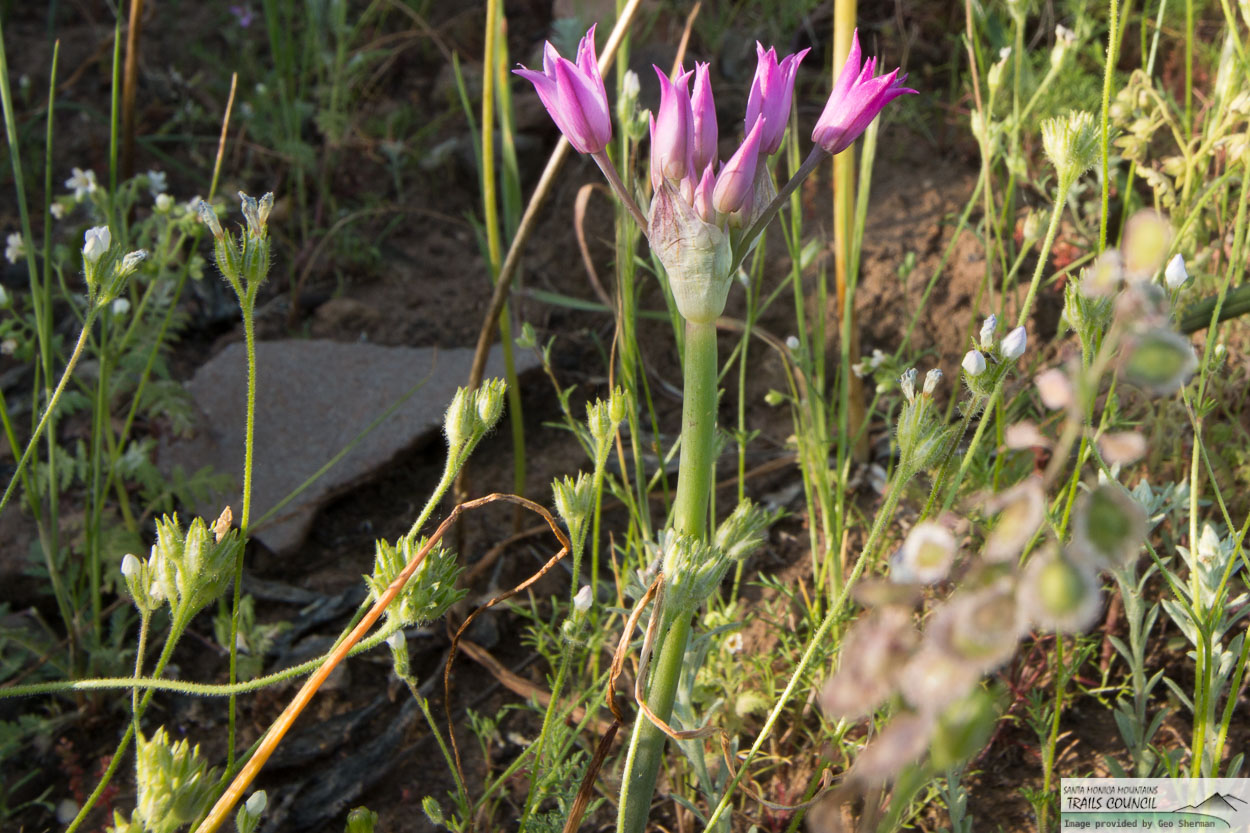 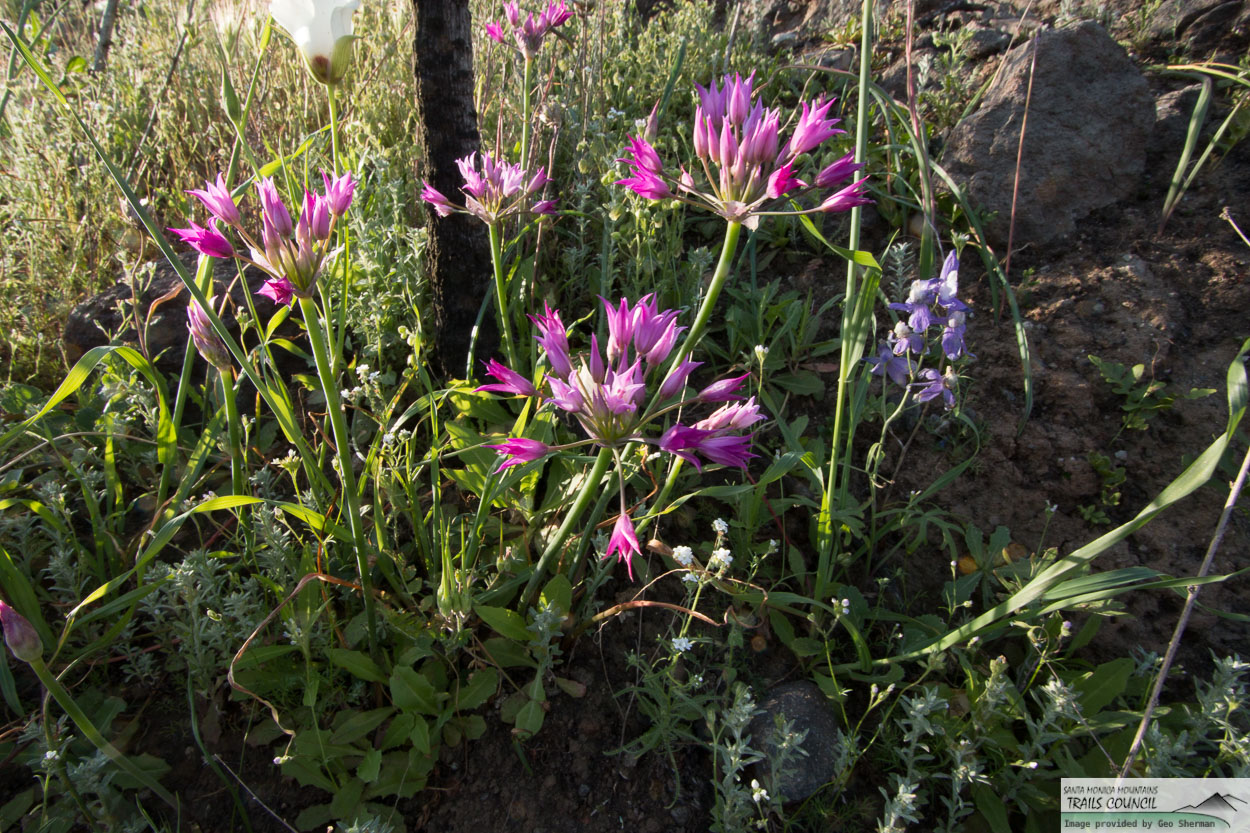 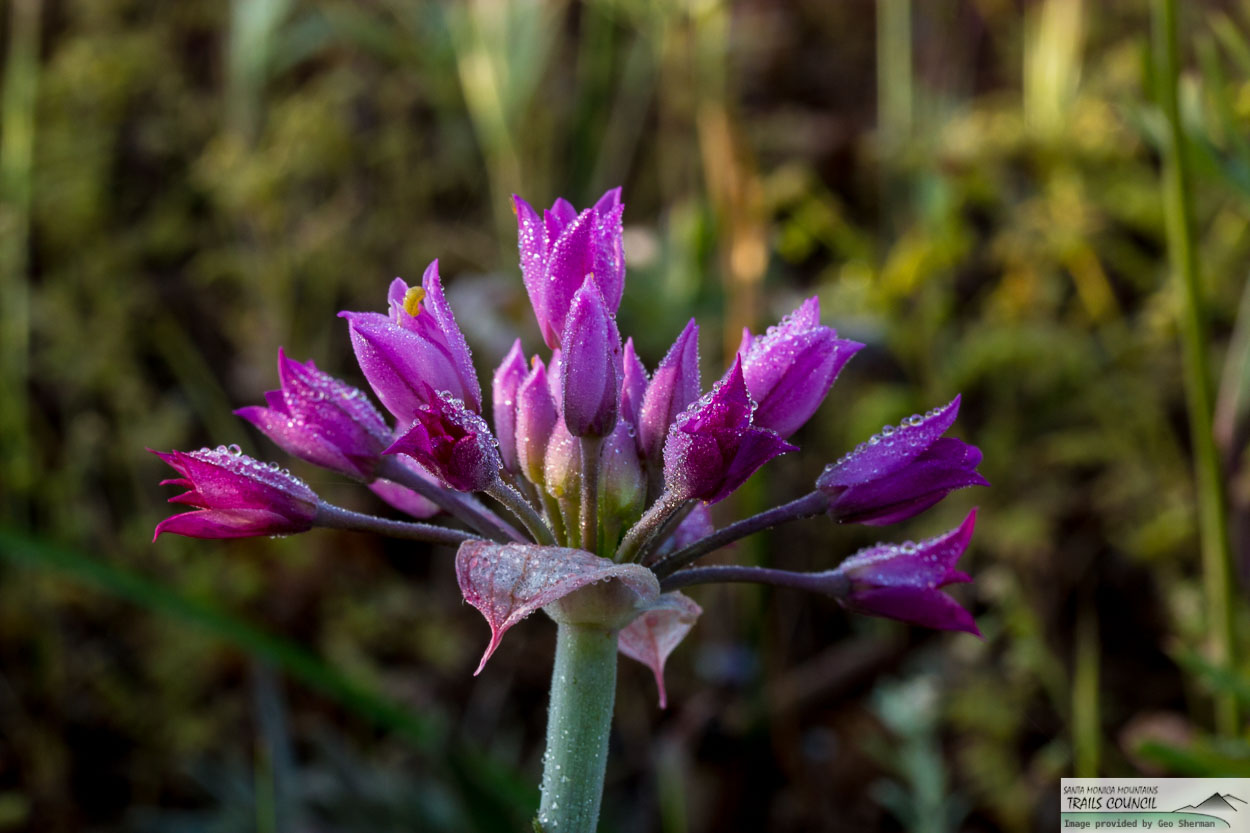 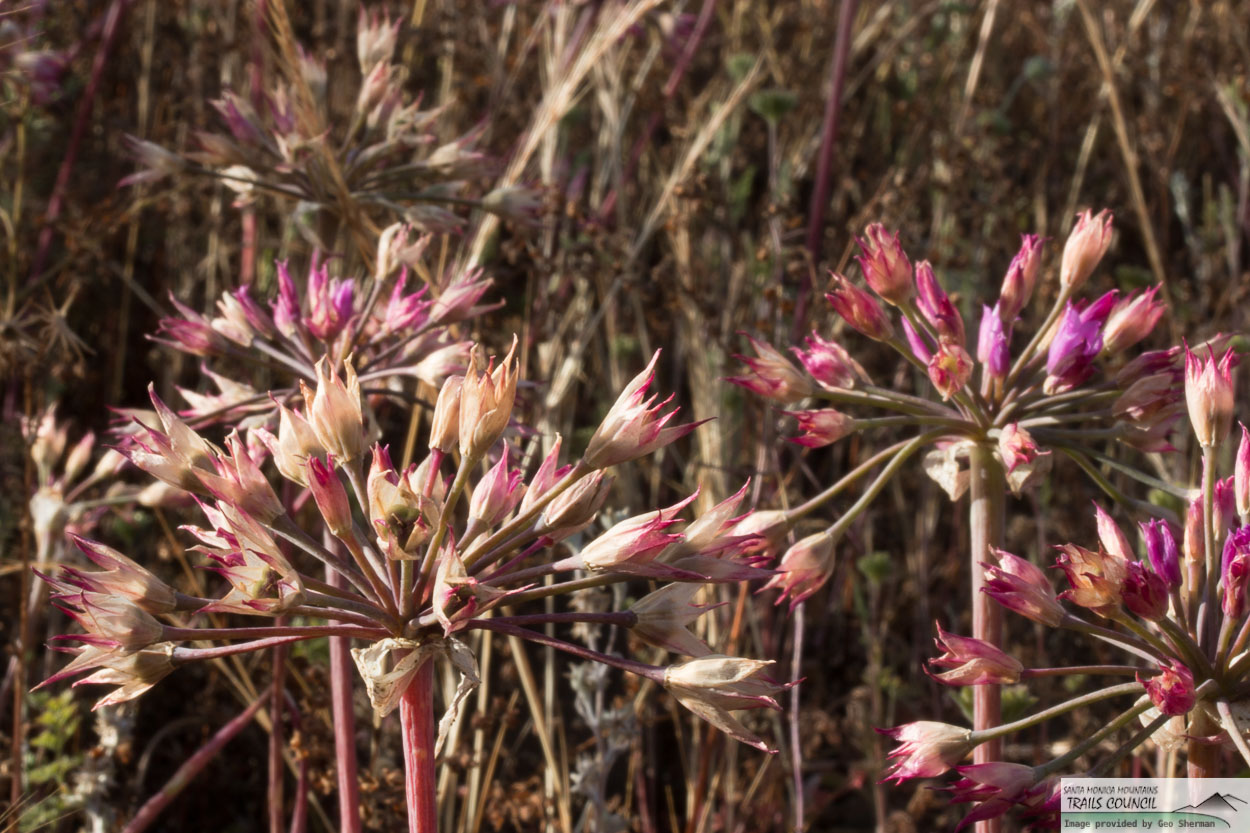 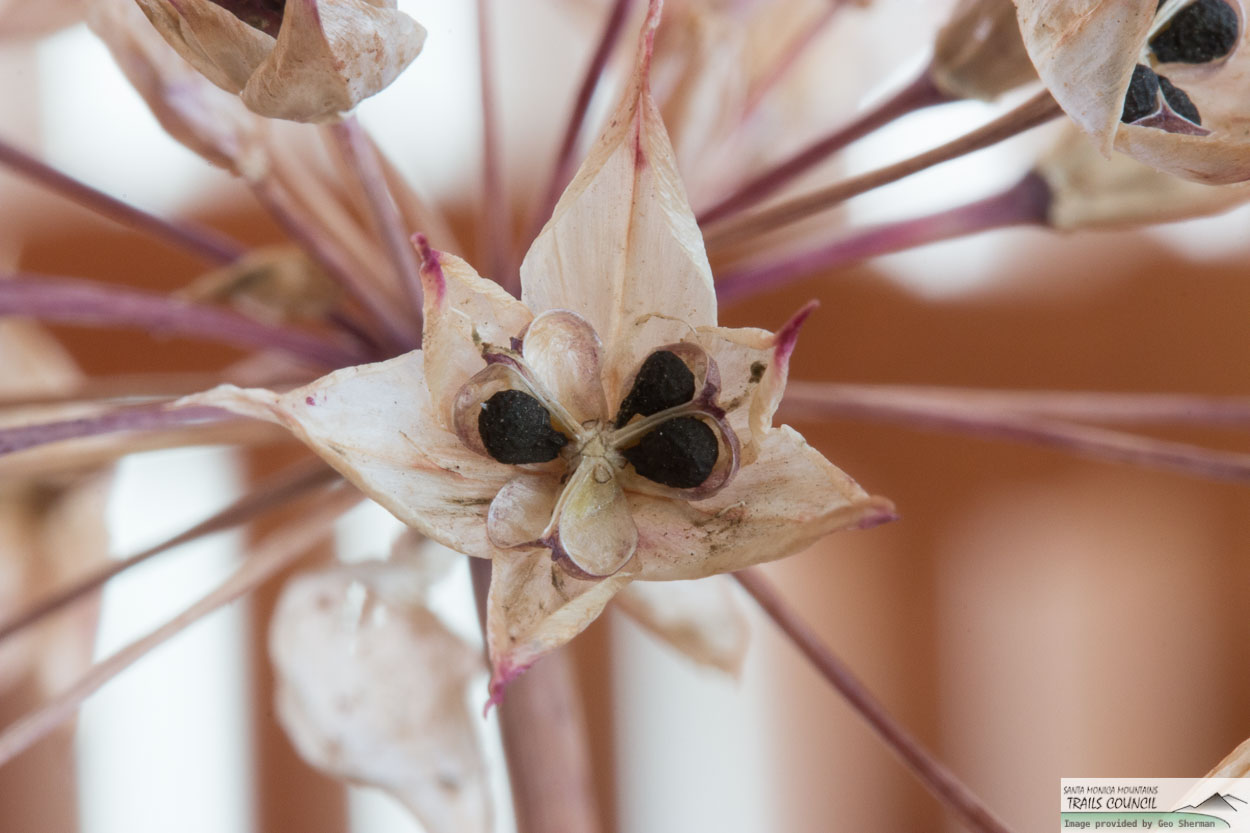 Peninsular Onion (Allium peninsulare) is a wild onion that can be found from Northern Baja California to the Oregon border. This onion inhabits the following plant communities: Valley Grassland, Foothill Woodland, and Coastal Chaparral at elevations up to 1100 m (3660 feet). Look for this plant in relatively moist, rocky patches - often this plant will be competing with grasses and other native plants.

This perennial produces a bulb 8 to 15 mm wide and has two to three channeled to more or less cylindrical leaves. Between May and July, it sends up a single 12 to 45 cm stem (directly connected to an underground bulb) and is topped with an umbel of five to 30 flowers, each on an 0.8 to 4 cm pedicels (stems). The flowers are red-purple and have six triangular tepals. The three inner tepals are smaller than the outer ones and have teeth along the margins. The single leaf of this plant, disappears usually before the first flower opens. What is distinctive about this plant: the flowers are reddish purple, and the flowers in an umbel-like cluster. When you think Onion, you may be like and think about how when grilled they add flavor to most savory meals. The native peoples, however, did not use onions in the same way we do. They preferred the bulbs of the Mariposa Lily and Wild Hyacinth to the strong taste of our native onions. Jan Timbrook's book is the source of this information.

Found on Calfora.net a wonderful site for native plant information.
Name Origin:Allium: Latin for "garlic" (ref. genus Allium)
peninsular'e/peninsular'is: growing on a peninsula; for example, referring to the first collection of the species Allium peninsulare in Baja California, a peninsula