Plant of the Month - Pin Cushion 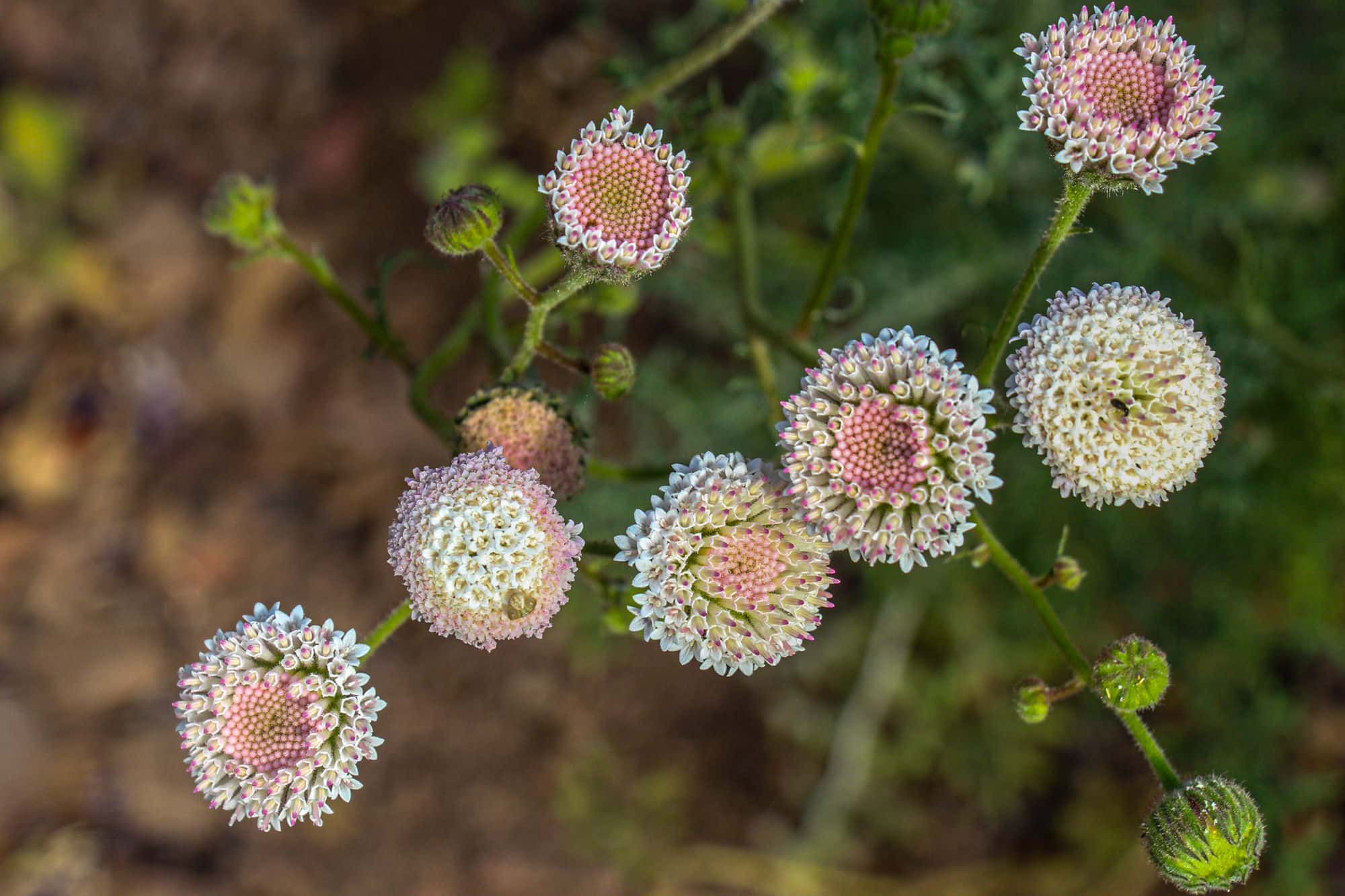 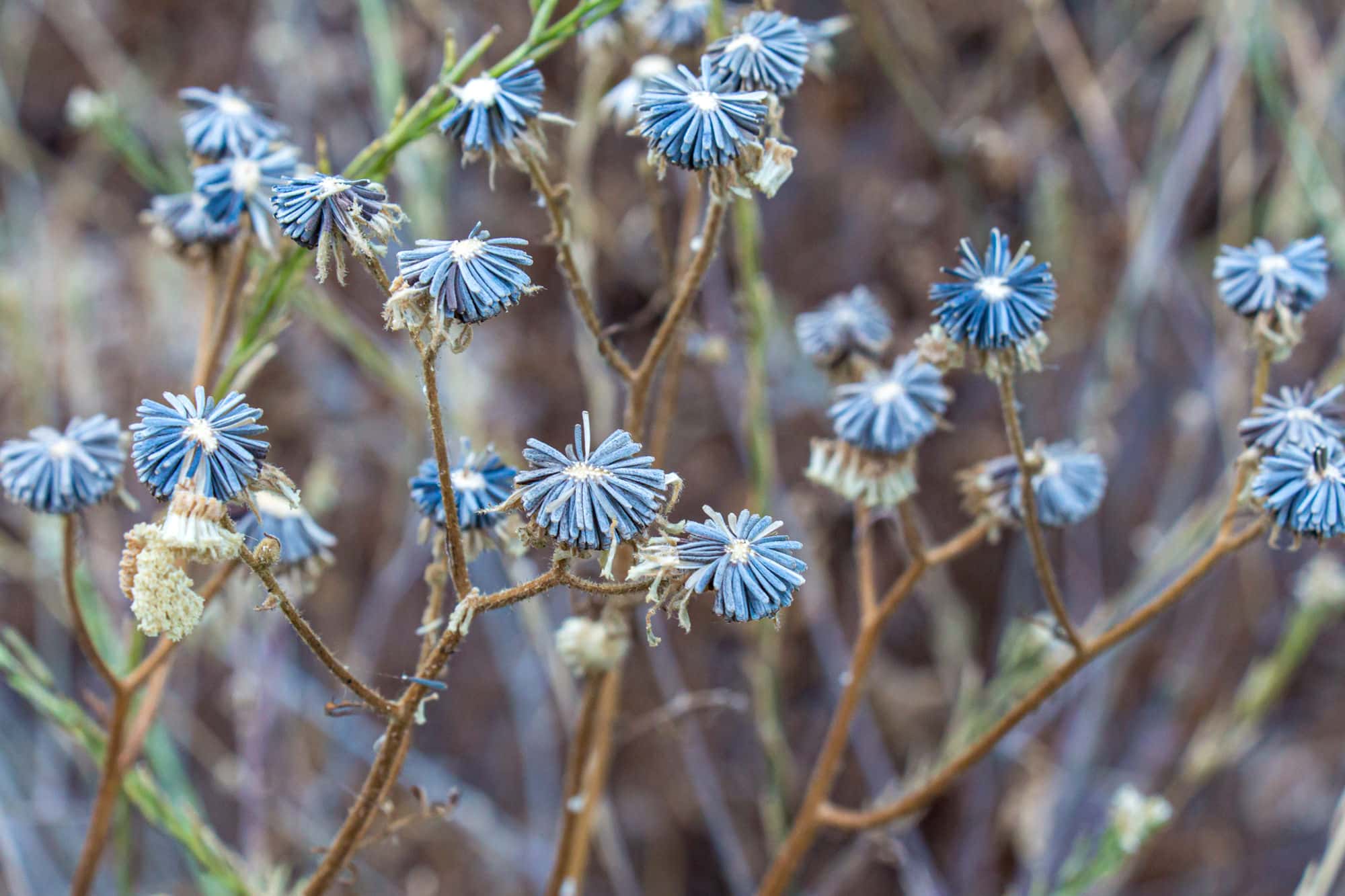 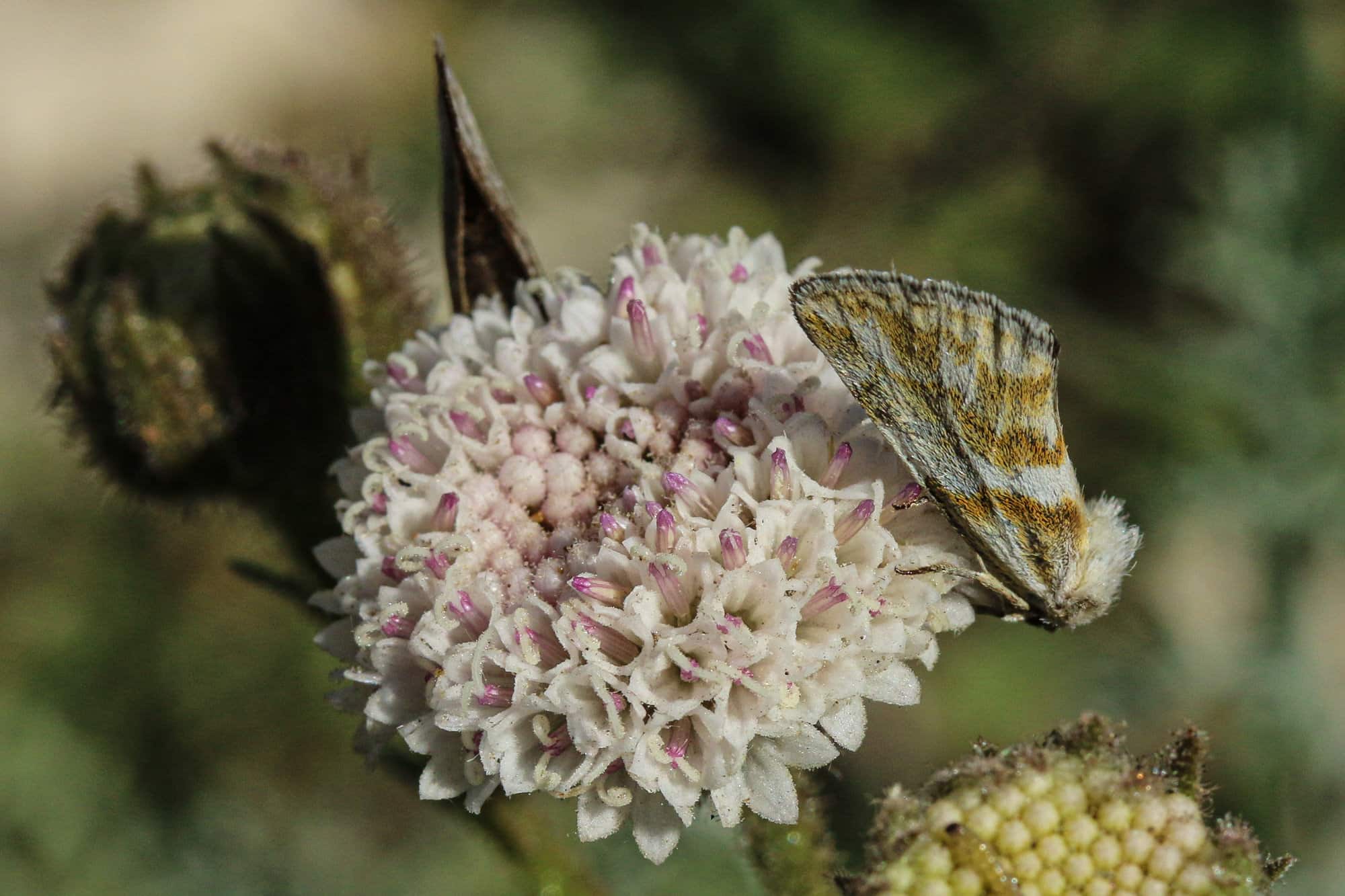 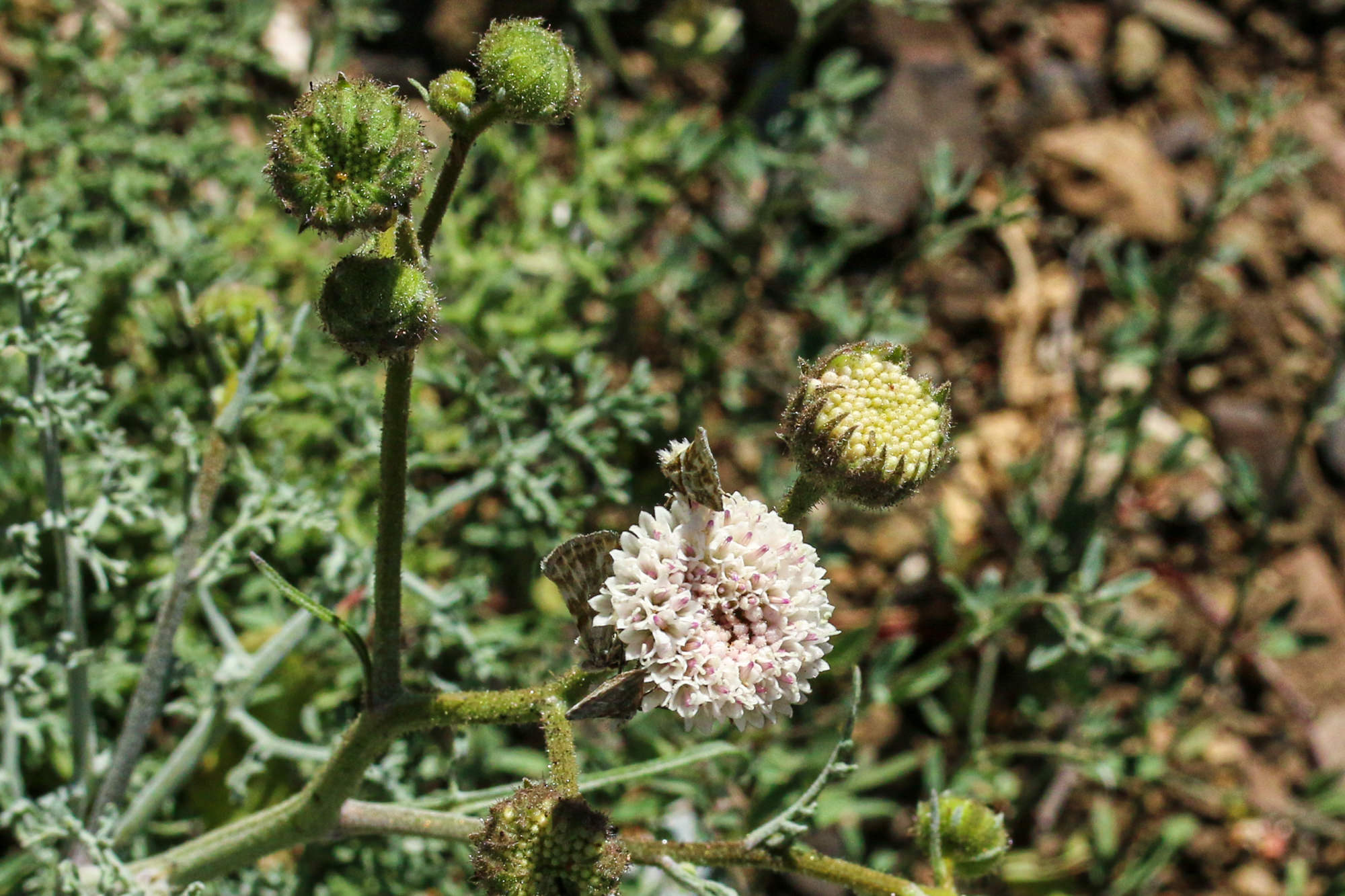 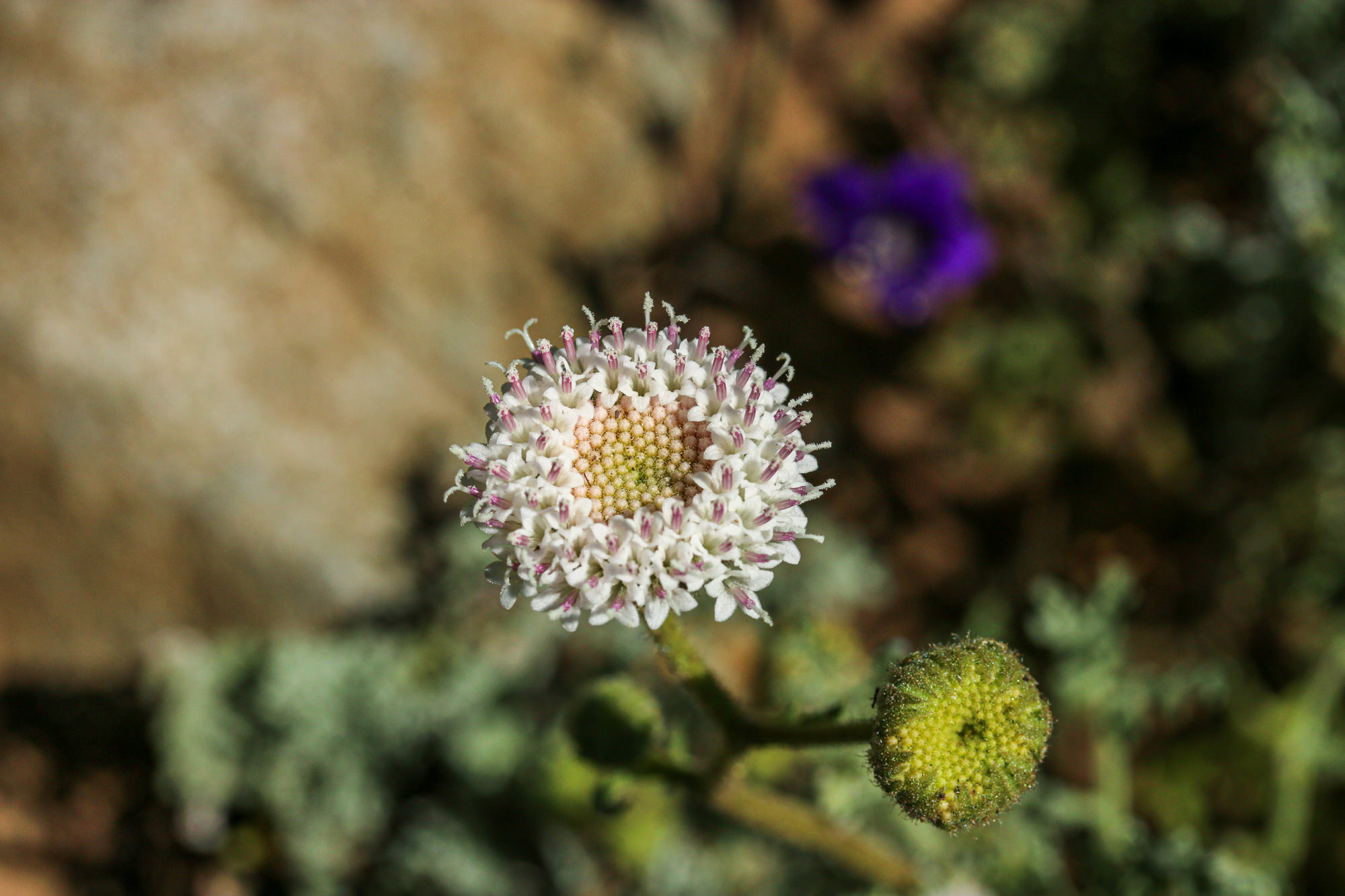 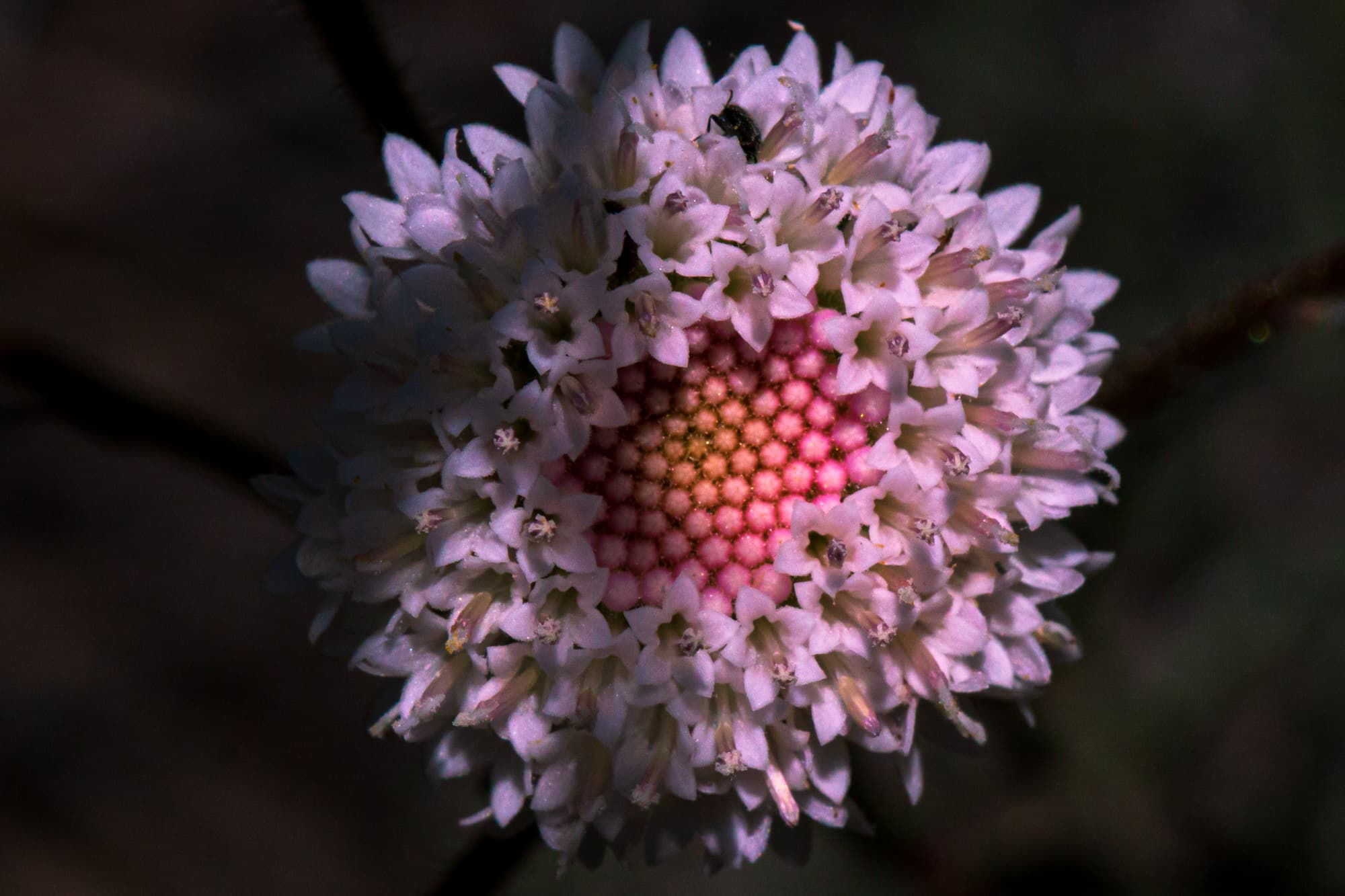 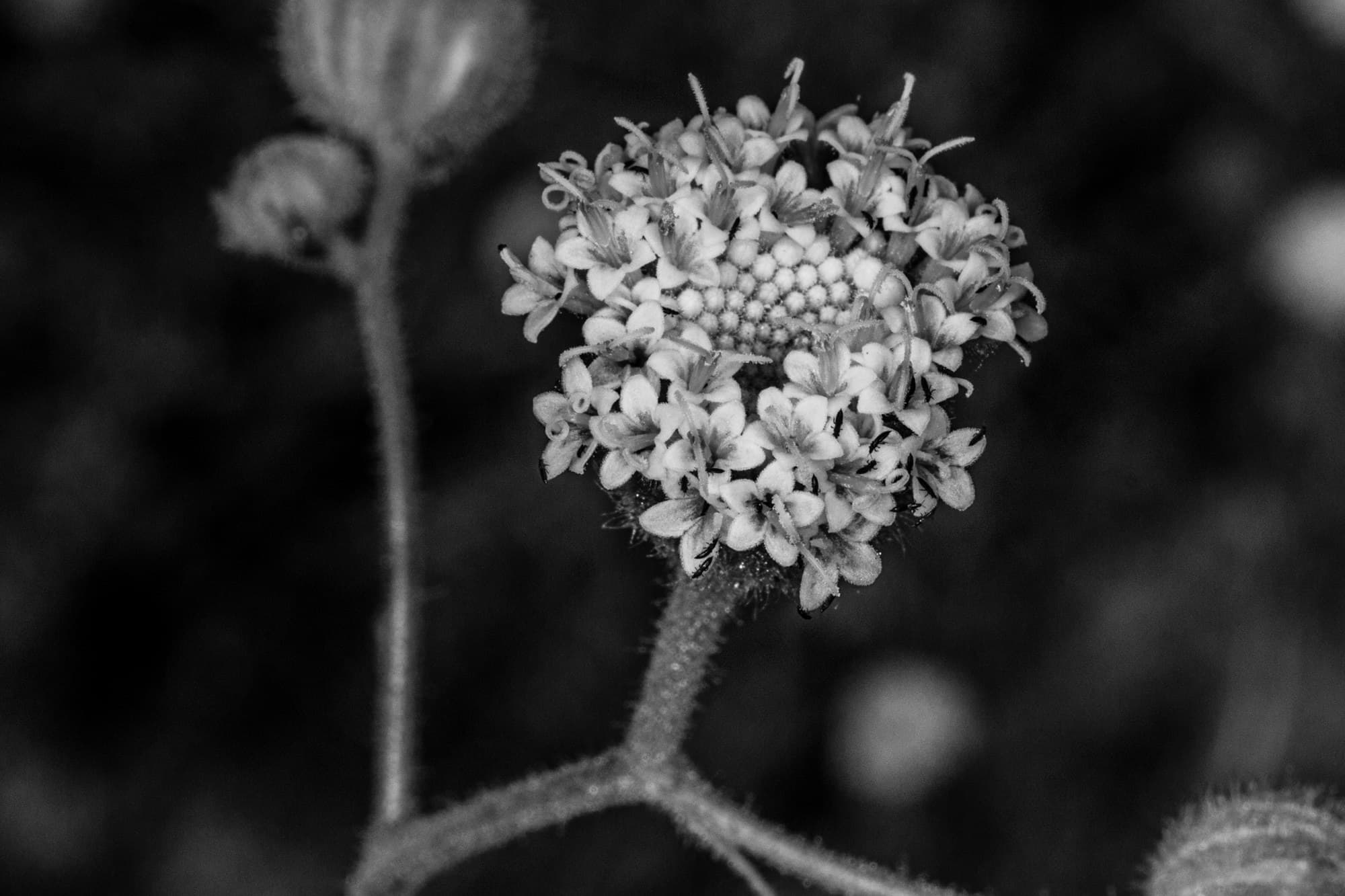 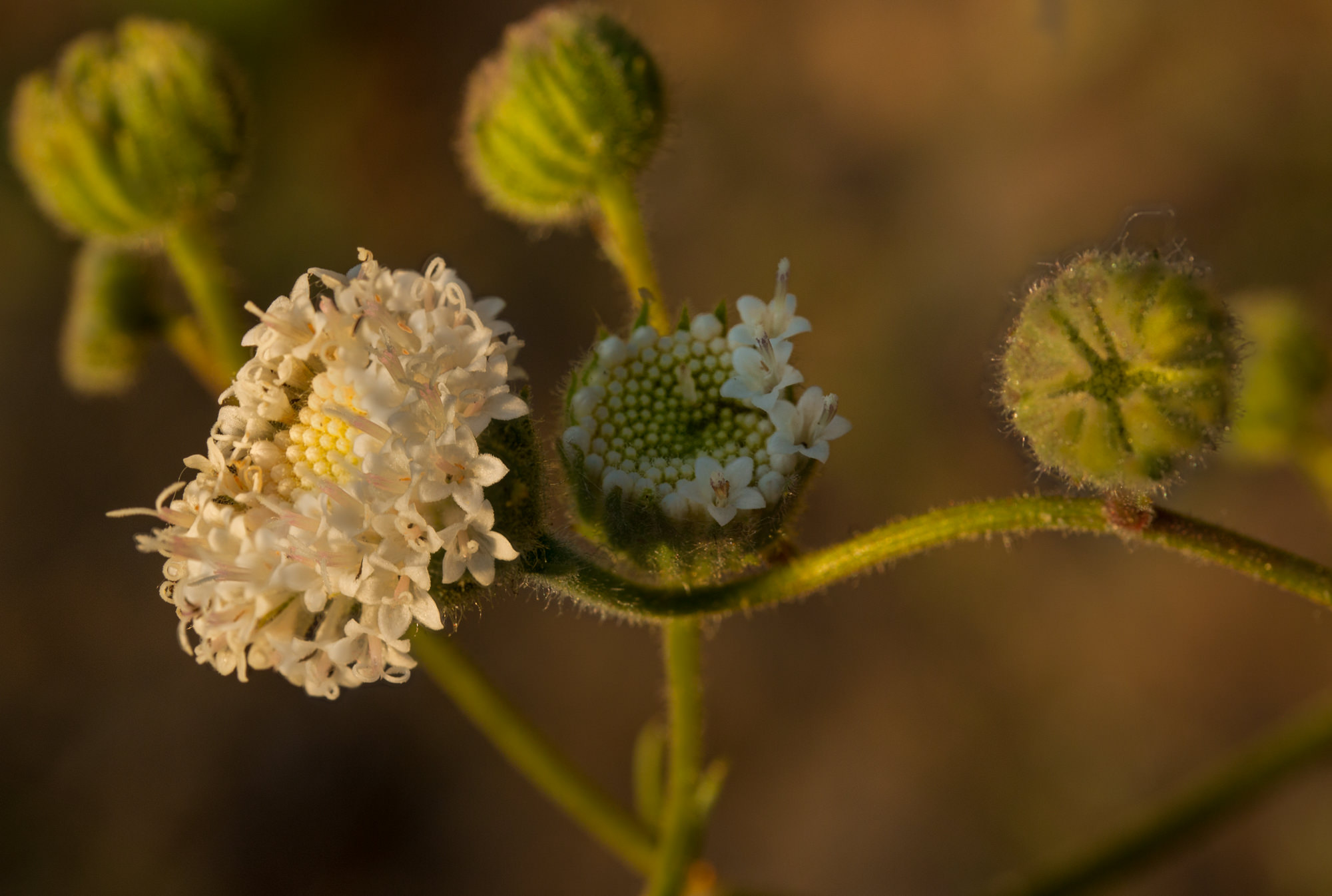 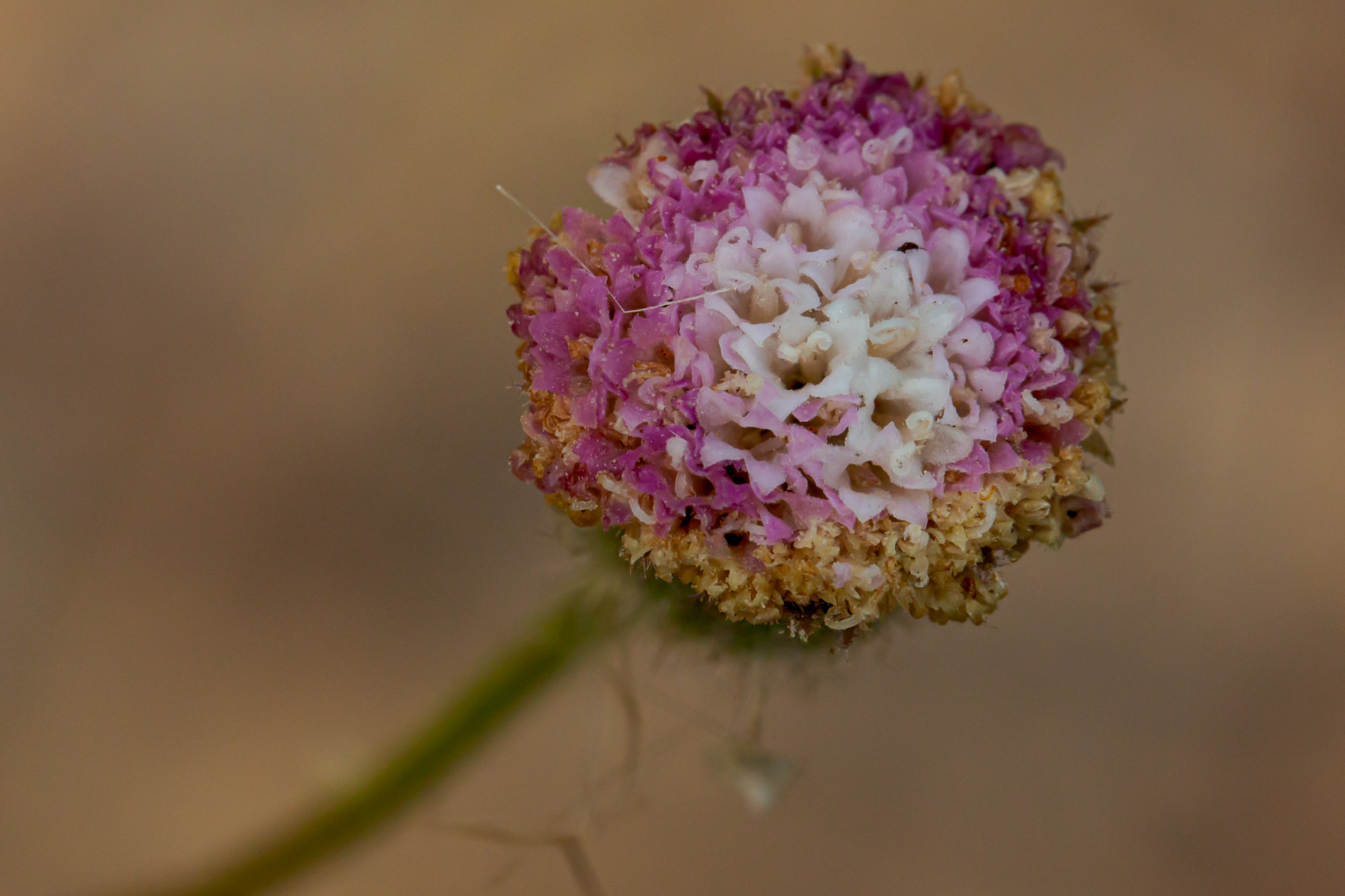 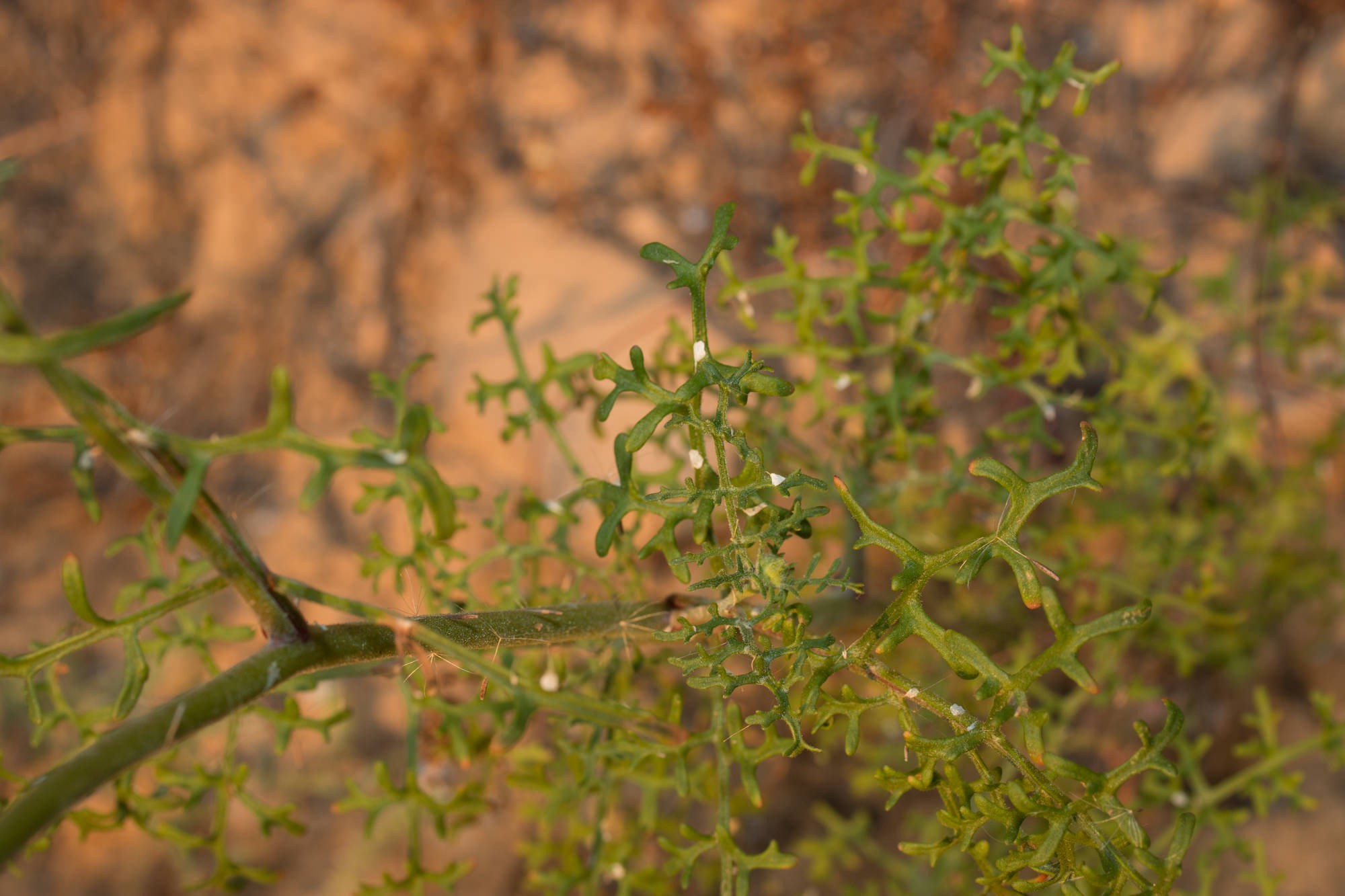 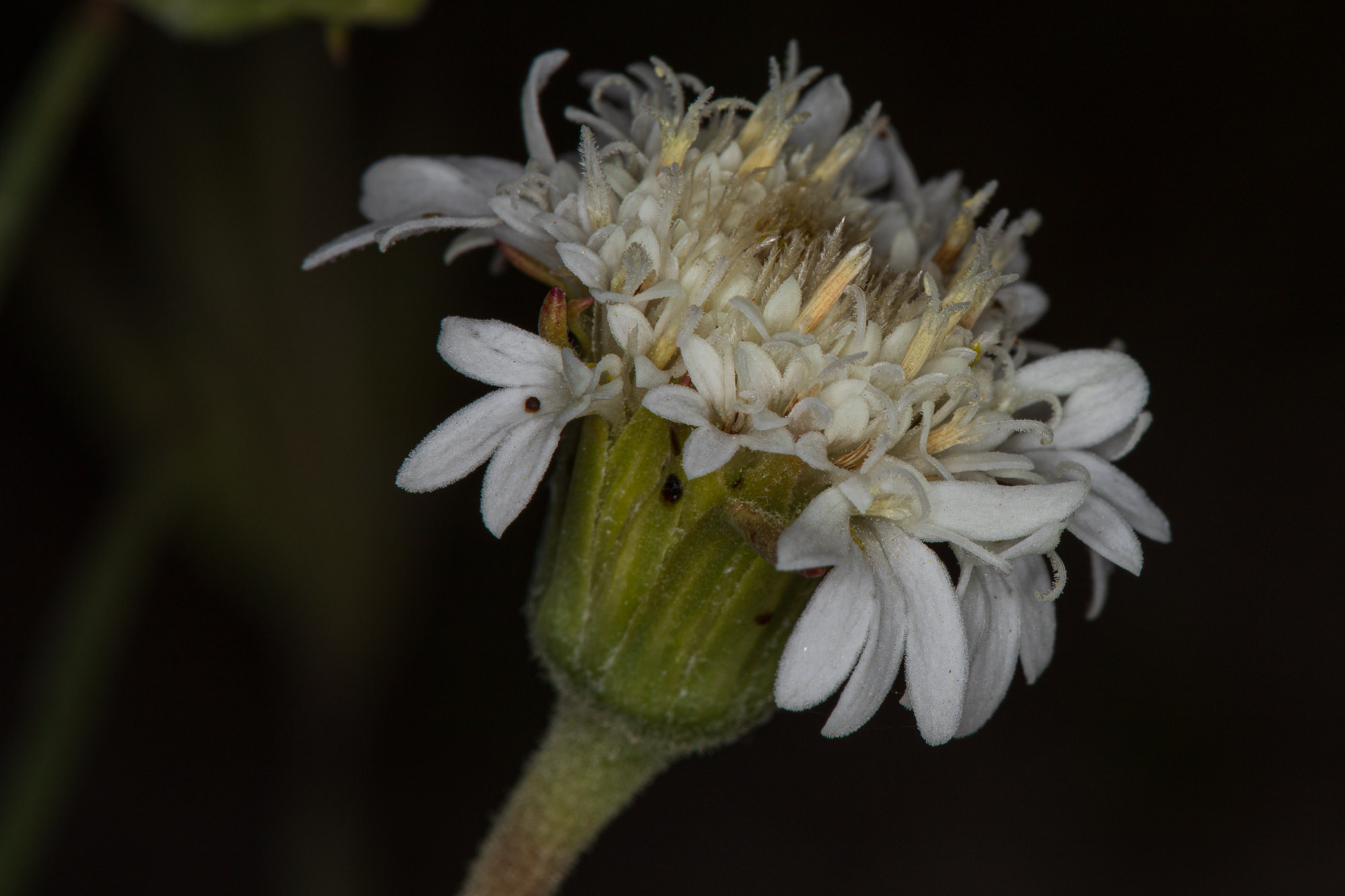 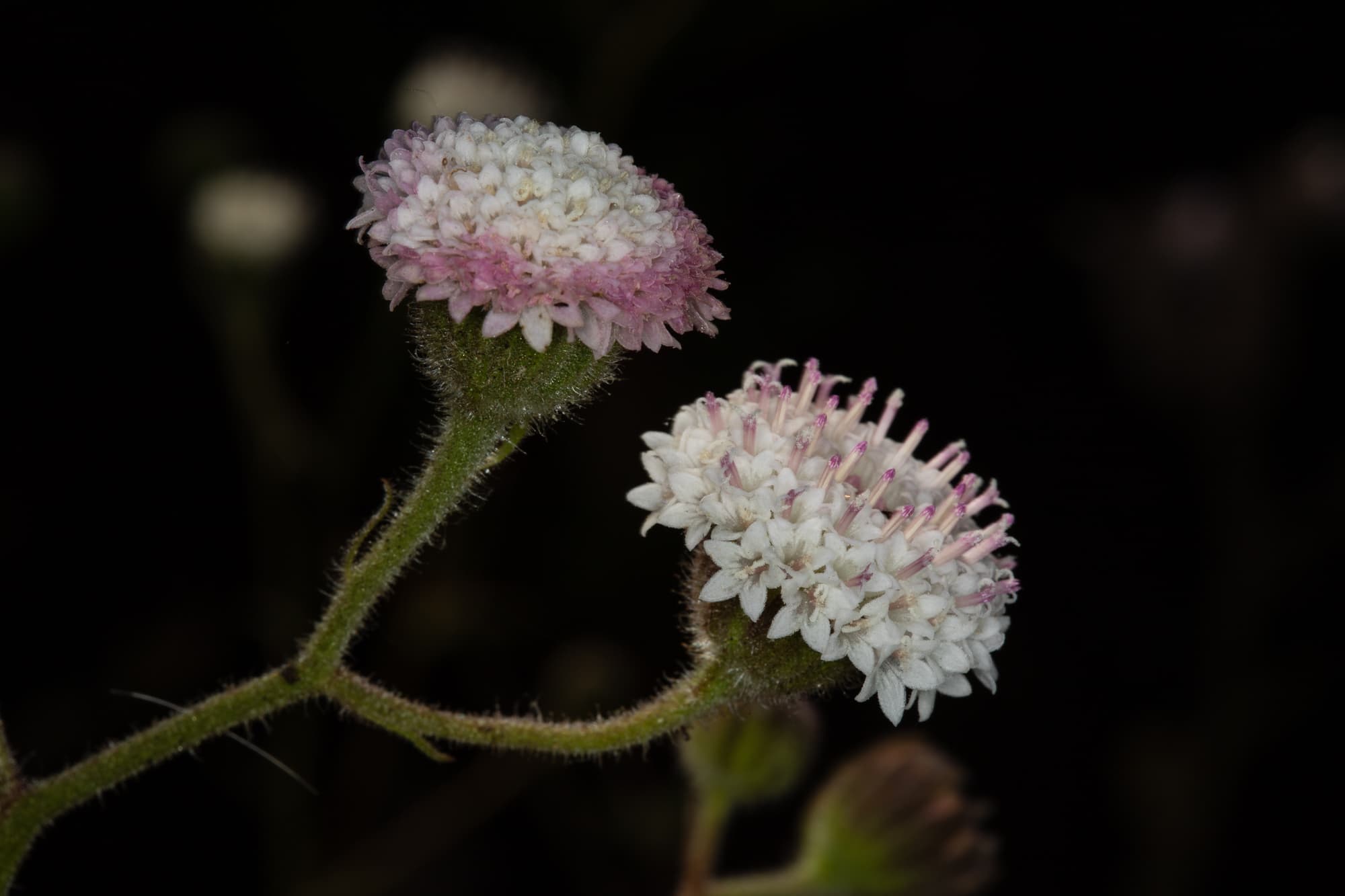 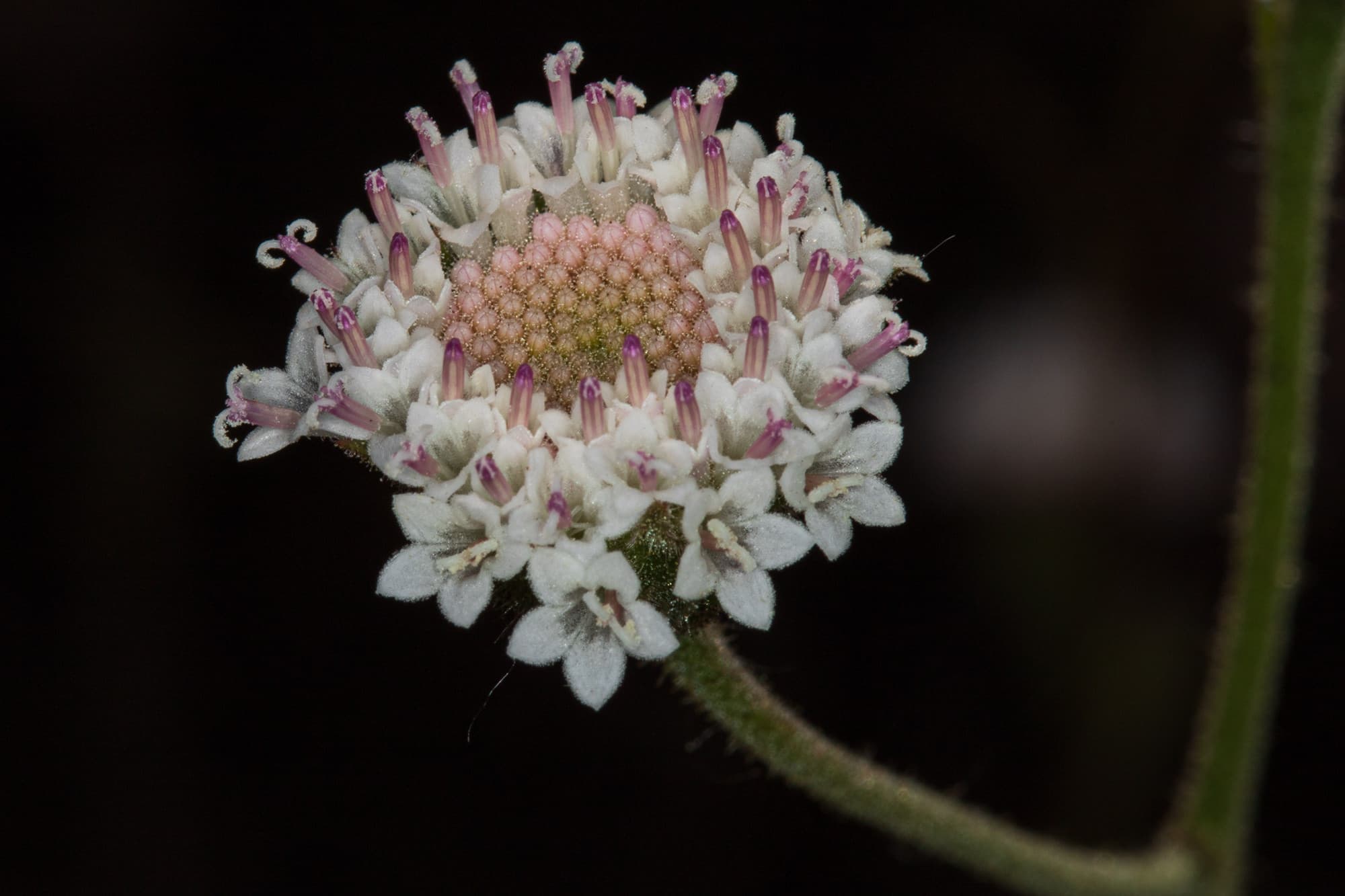 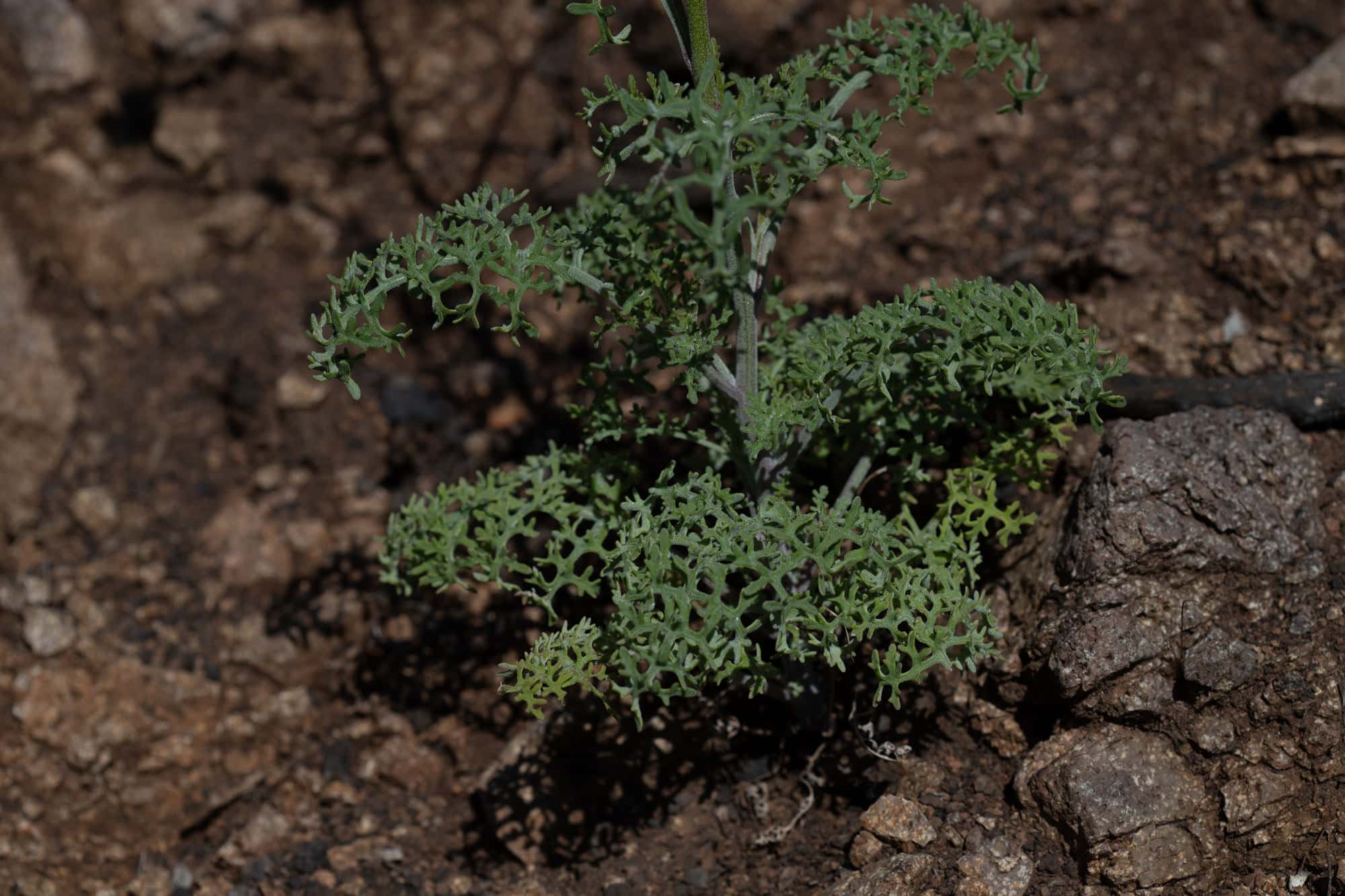 White Pincushion — Chaenactis artemisiifolia — is a fire-following annual in the Sunflower family, with cute flowers that remind many of the pincushions that were once common household items. When full-grown this plant is capable of reaching 5 feet (1.52 m) in height with an openly branched and stout main stem and several branches that angle out in the upper part of the plant. After the Springs Fire of 2013 and the Woolsey Fire in 2018 these plants were especially plentiful. Three years after a fire, this plant will be among the seldom seen until the next conflagration. This California native plant can be found on dry hill sides in disturbed soil from Ventura County, through the Transverse and Peninsular Ranges and down into northern Baja California.

Before the flowers bloom, the most distinguishable trait for identifying this plant are heavily dissected leaves — in fact, the lobes appear to be individual leaves. Here is where having a trained eye comes in handy — instead of glancing at the leaf and moving on, the botanist will follow the contours of the leaf from one end to the other. The leaves can be six inches and appear similar to those of some poppies albeit thicker, wider and fuller. A mealy powder coats the leaves Younger leaves looks bluish-green or gray-green, the leaves turn darker green when aging. The job of the leaves (providing photosynthesis) is nearly completed by the time flowers open, at that point the majority leaves have withered away.

Blooming from March through July, this flower is about an inch across growing in very loose clusters at the ends of the branches. A common trait in the Sunflower family is that the flowers are actually a grouping of smaller flowers. There are no petals but there are ray flowers each with their own reproductive parts. Surround by the ray flowers are dozens of individual disk florets. The ray flowers form a mound, like the “pincushion” in the common name. With a little imagination you can see the fused anther tubes look as pins in the cushion and that the split styles look like pin heads. The outer flowers open first and appear to be larger while the flowers in the center are still closed.

From Wikipedia - In botanical terminology, a phyllary, also known an involucral bract or tegule, is a single bract of the involucre of a composite flower. The involucre is the grouping of bracts together. Phyllaries are reduced leaf-like structures that form one or more whorls immediately below a flower head.

By the time the fruits have matured, the phyllaries of the flower head fall away, and expose numerous long, slender, flattened achenes – which are the dry, one-seeded fruits [See image 2]. This plant does not have a pappus (grouping of hairs in a modified calyx) that facilitates dispersal by wind. Seed germination is improved dramatically with charred wood.

Chaenectis — from the Greek chaino, "to gape," and aktis, "a ray," thus meaning a gaping ray, and given because in many species the outer florets are enlarged into a wide-open flaring raylike mouth. The genus Chaenactis was published in 1836 by Augustin Pyramus de Candolle.
artemisiifolia — having leaves that resemble those of Artemisia