Plant of the Month - Red-Stem Filaree 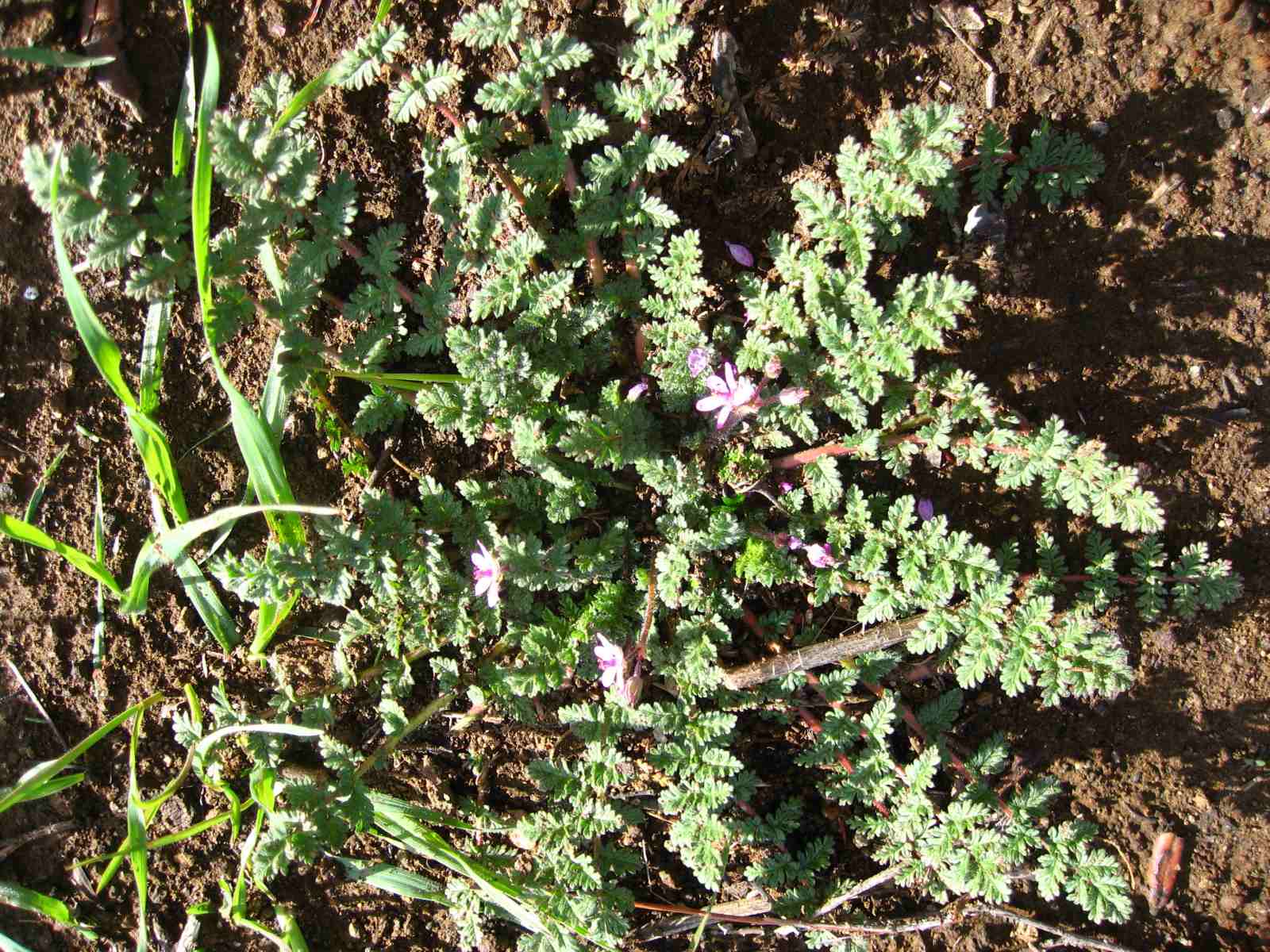 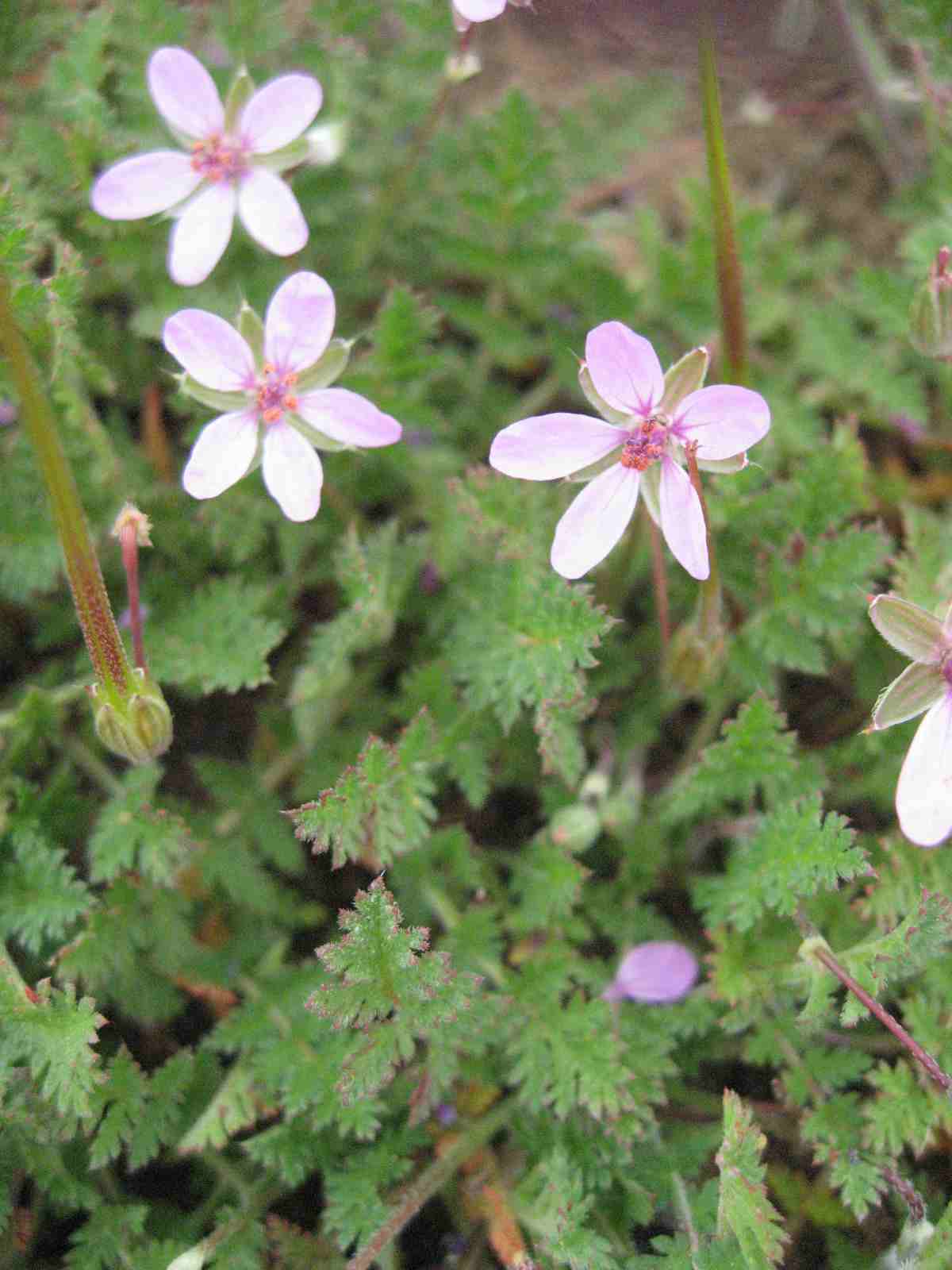 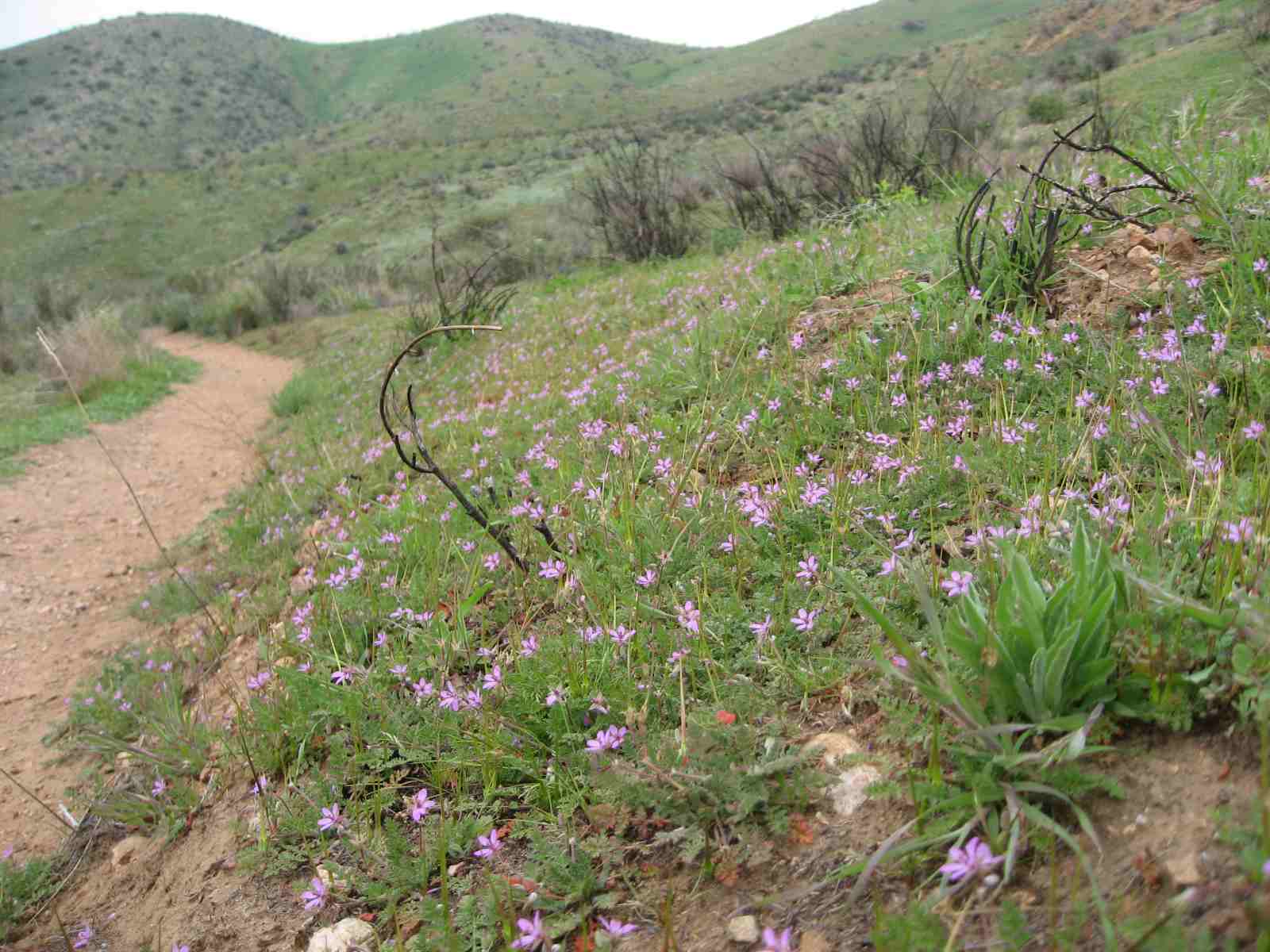 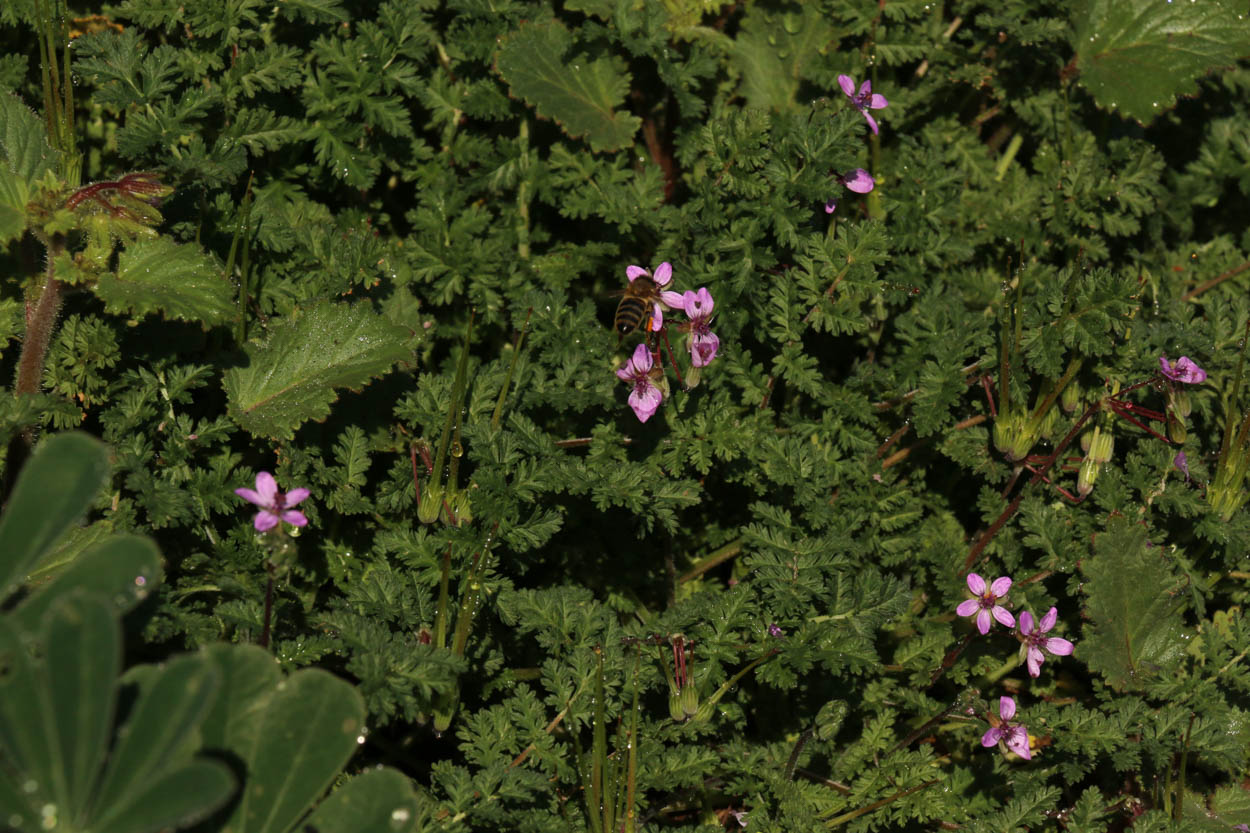 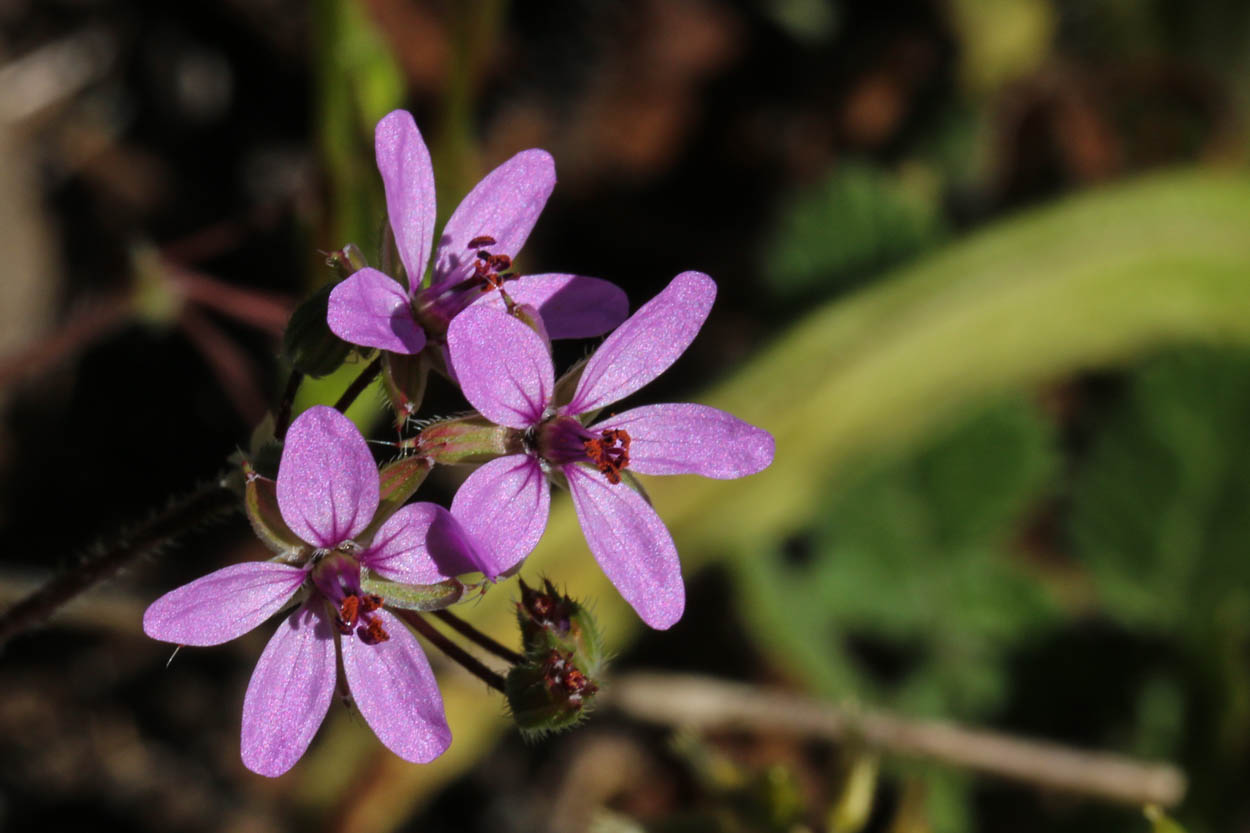 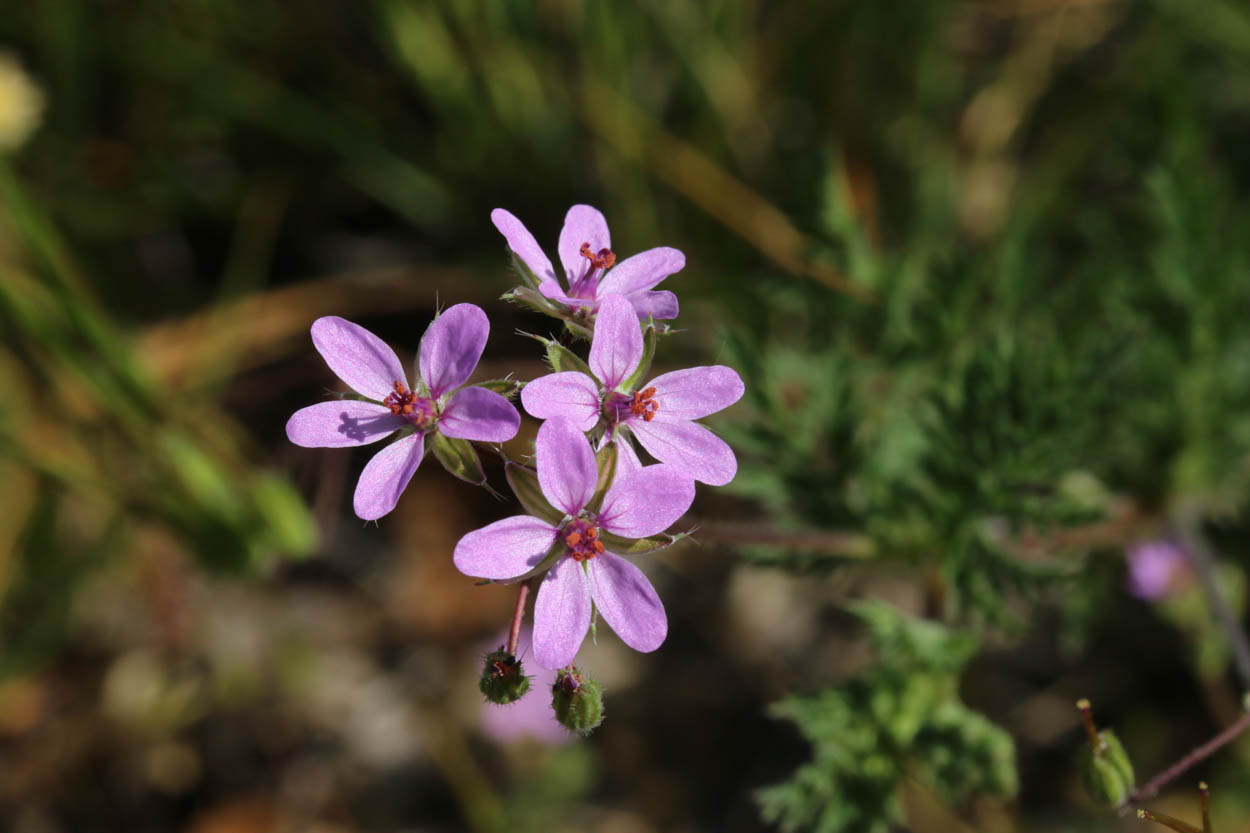 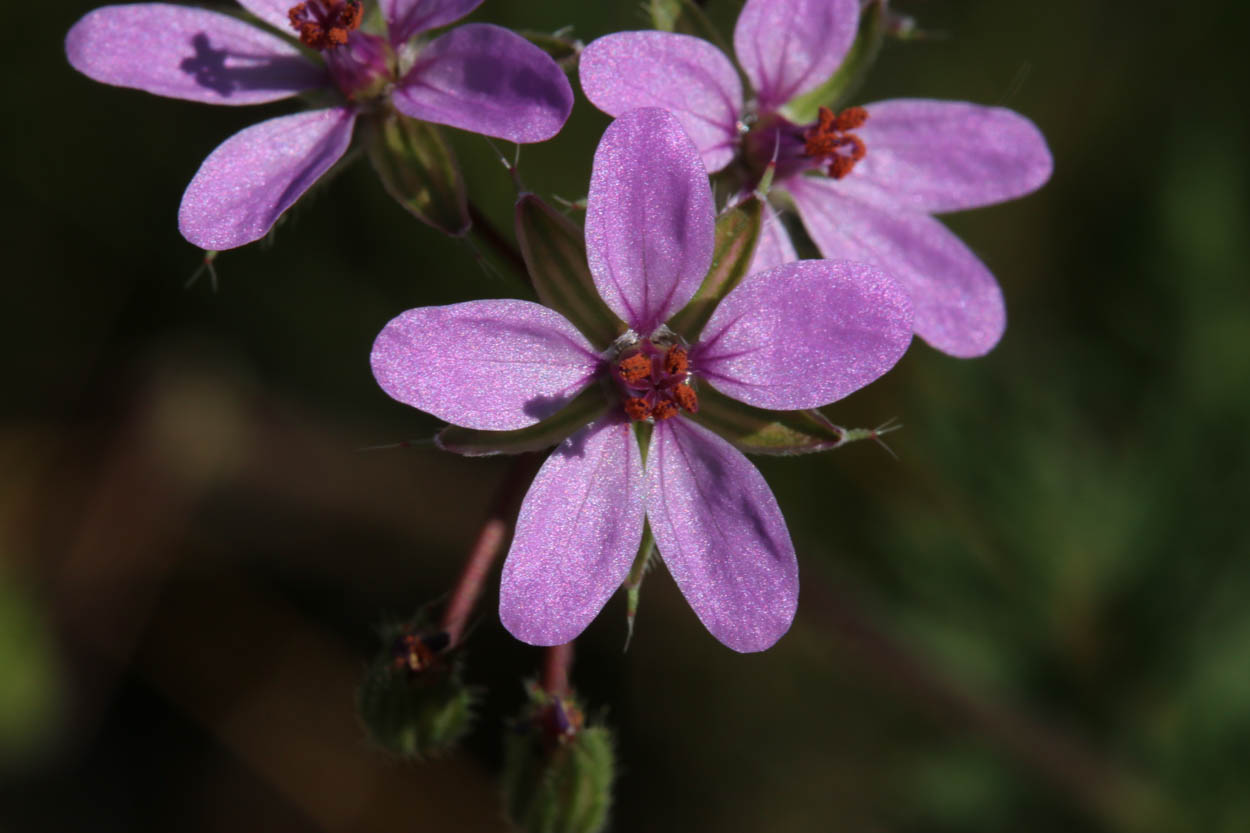 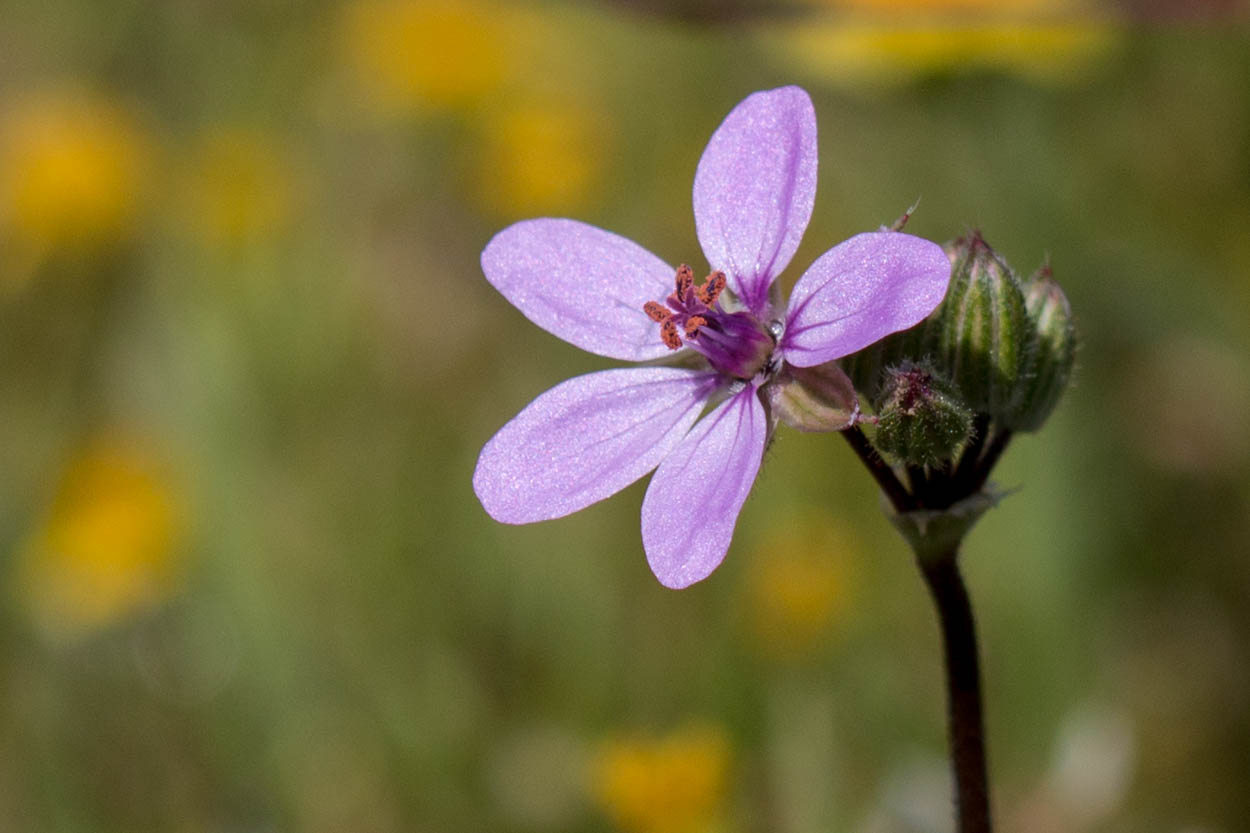 Red-Stem Filaree is one of the first flowers to appear after winter rains, usually setting forth its blooms beginning in January and lasting through May. Leaves are fern-like and form a rosette near the ground. The flowers are only about 1/4 inch in diameter, and of a light pink to lavender color with 5 petals and 5 sepals. The stems are reddish-colored and most of the plant is hairy. The common names of this plant largely describe the seed pod's beak-like appearance. The name "Filaree" is loosely derived from the Spanish word alfiler which means pin. When ripened or separated from the plant, the seed pod curls tightly and bursts, scattering its seeds. The curling of the seed pods coupled with the circular leafy rosette as a background may make one think of the hands on a clock, hence the origin of that common name.

While not native to California nor to the US in general, this plant has been established here from very early on - probably in the late 1700s or early 1800s - and is believed to be one of our earliest non-natives. It is very common and generally regarded as an invasive weed. Most parts of the plant are edible, and it is said to taste like parsley. Livestock forages on it, further spreading its seeds.

The genus name Erodium means heron's bill, once again in reference to the seed pod. The species name cicutarium is borrowed from an old latin name for Poison Hemlock, given because the leaves are similarly shaped. Some related species of the same genera that you may encounter include White-Stemmed Filaree (Erodium moschatum) with its broader leaves, Long-Beaked Filaree (Erodium botrys) whose pink flowers are broader, and White-Flowered Filaree (Erodium macrophyllum) which has both white flowers and broader leaves.