Plant of the Month - Red Shank 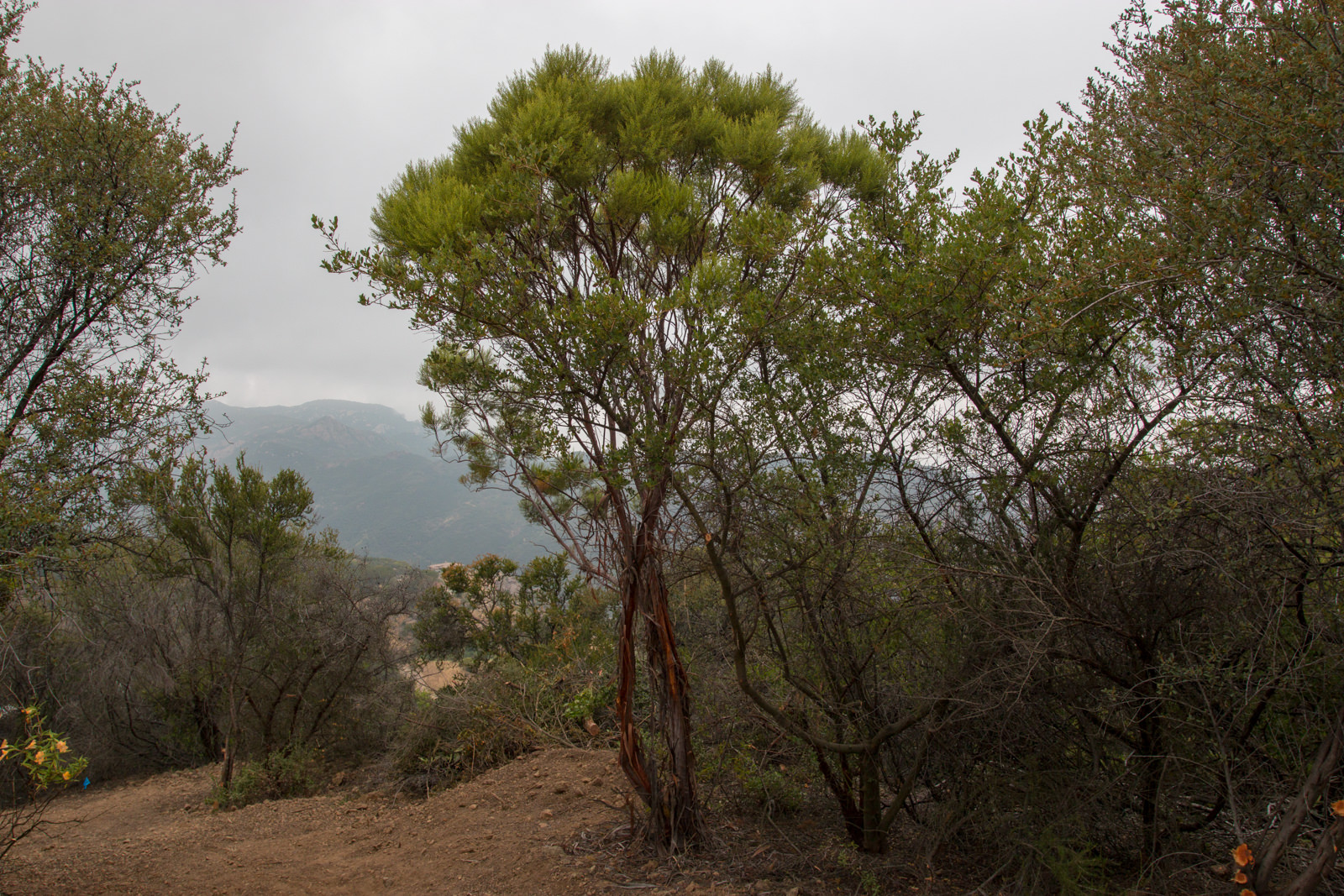 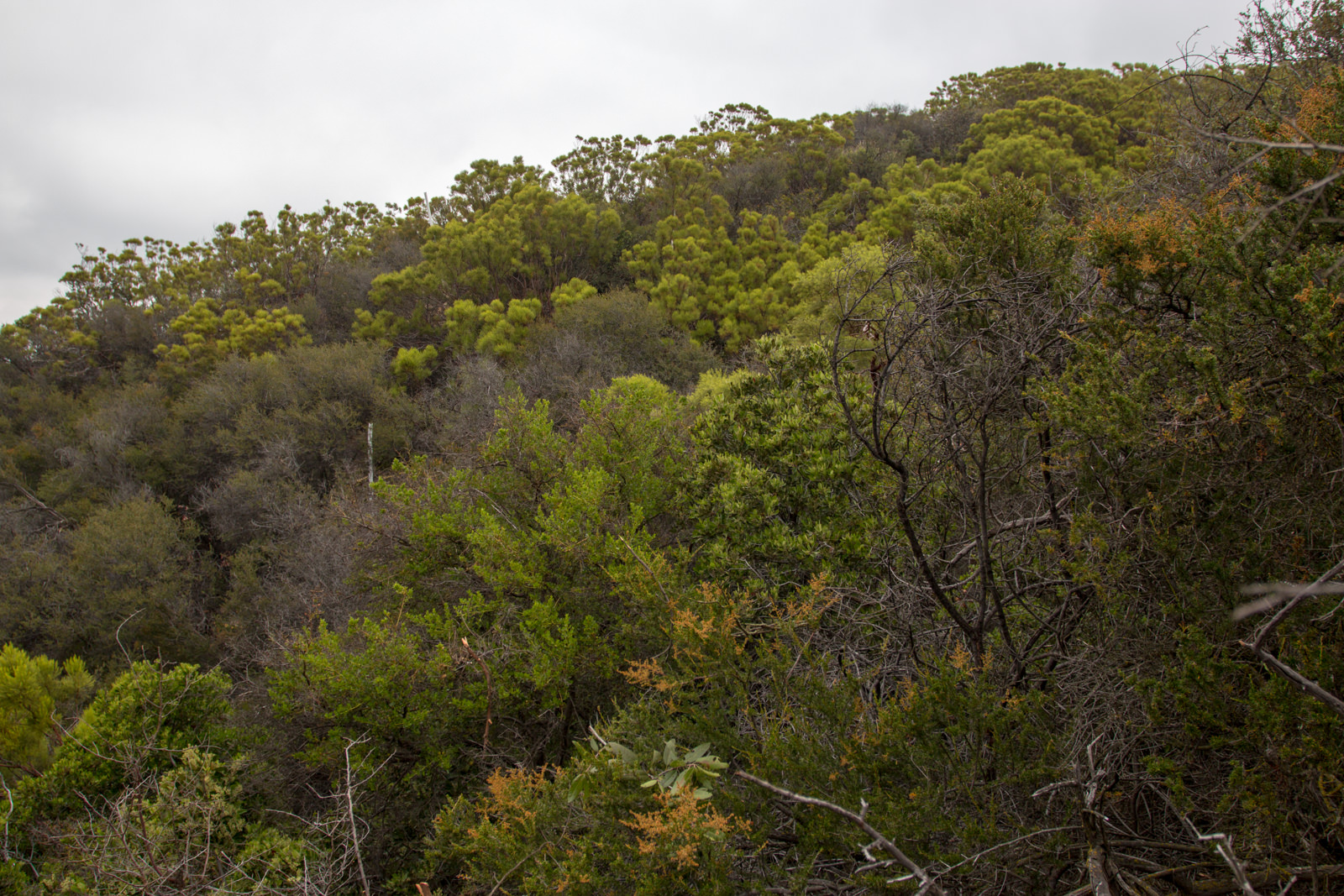 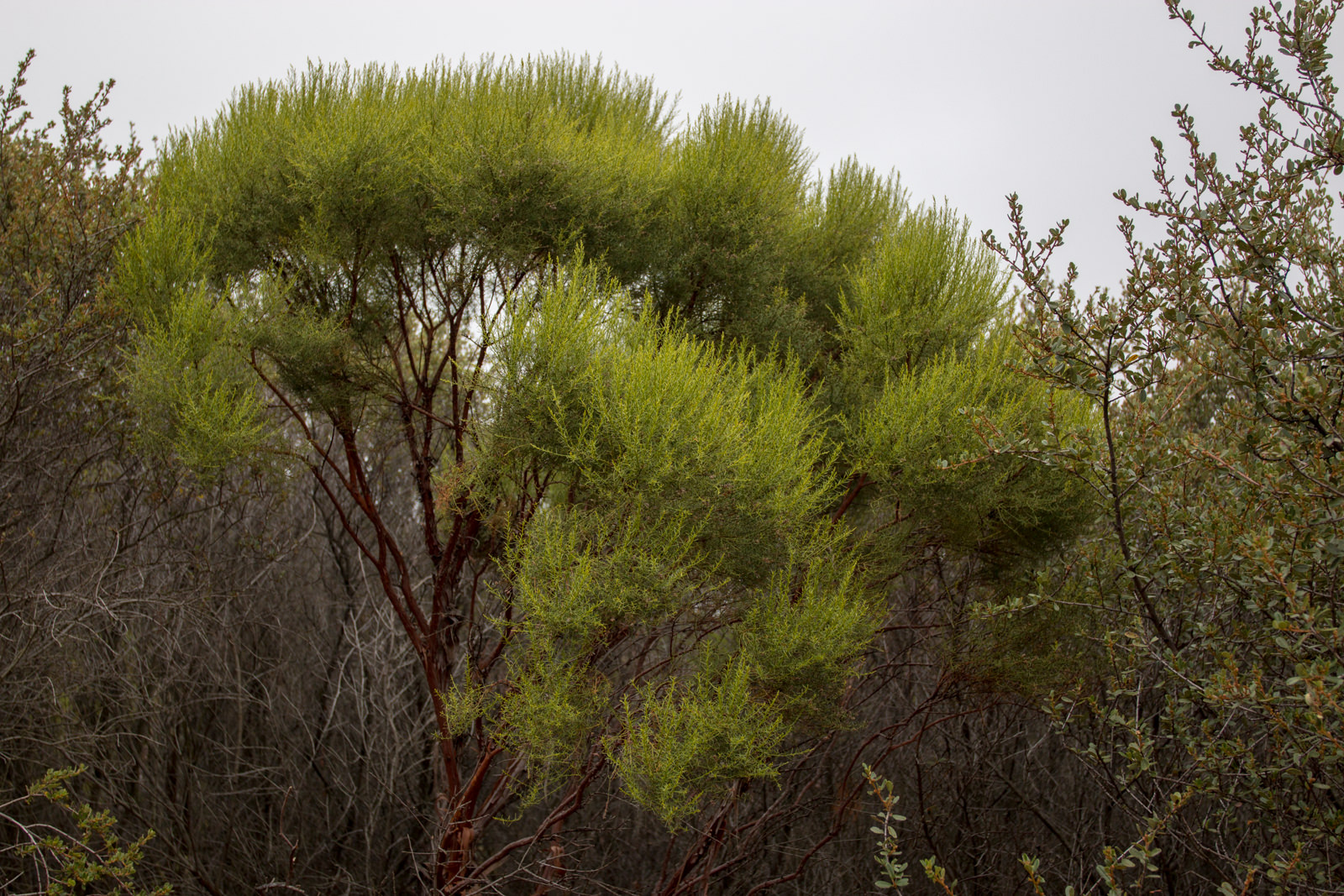 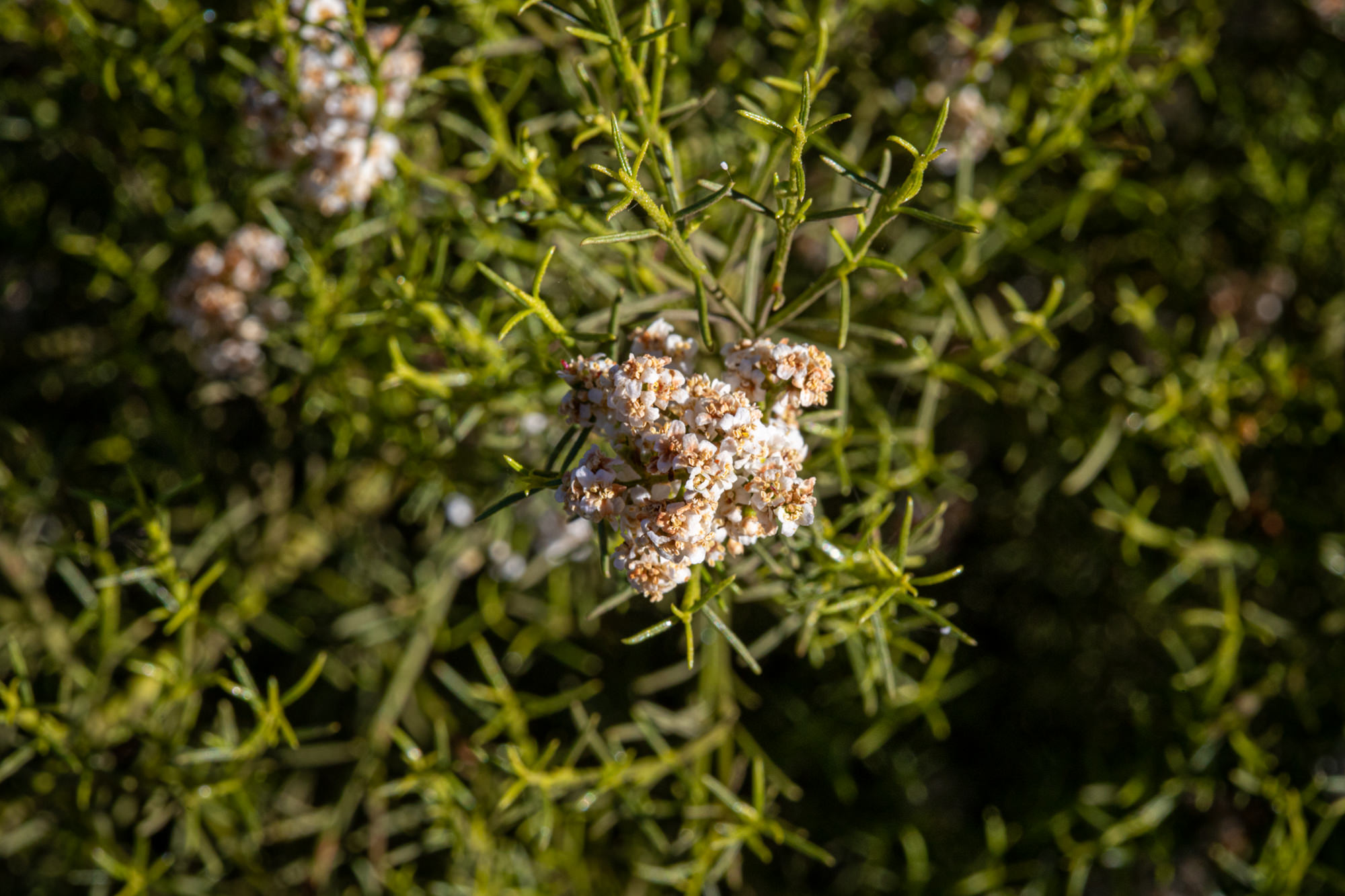 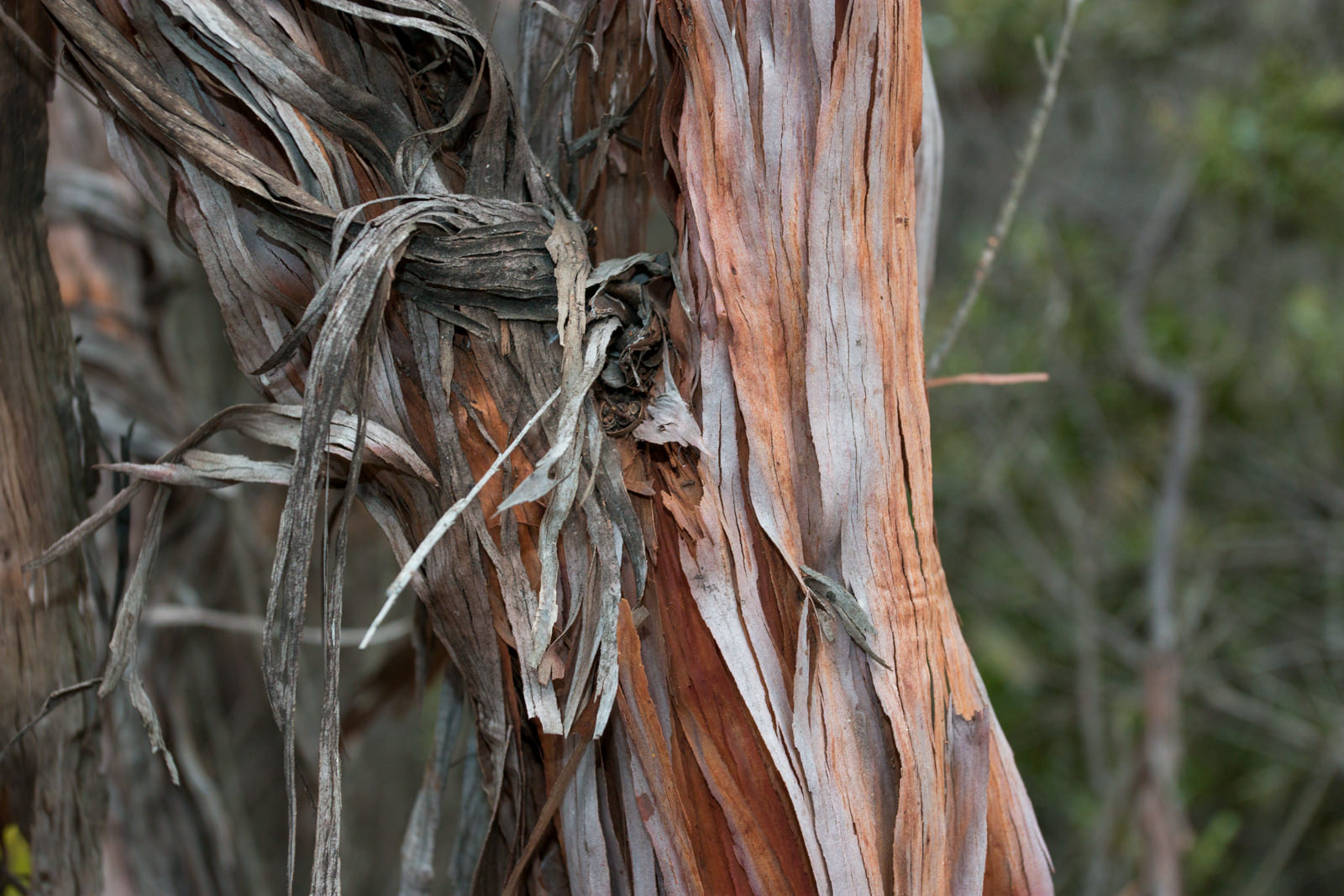 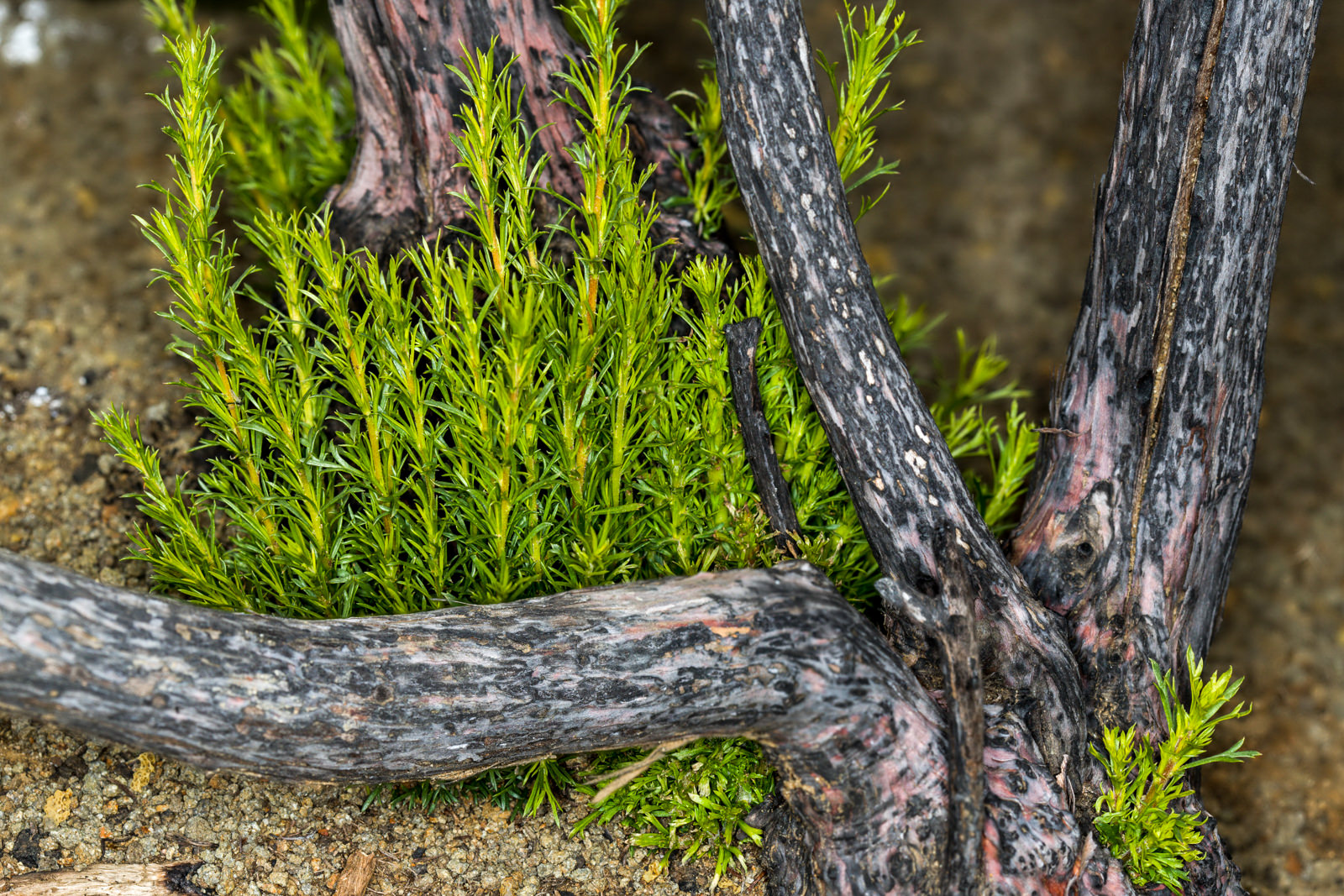 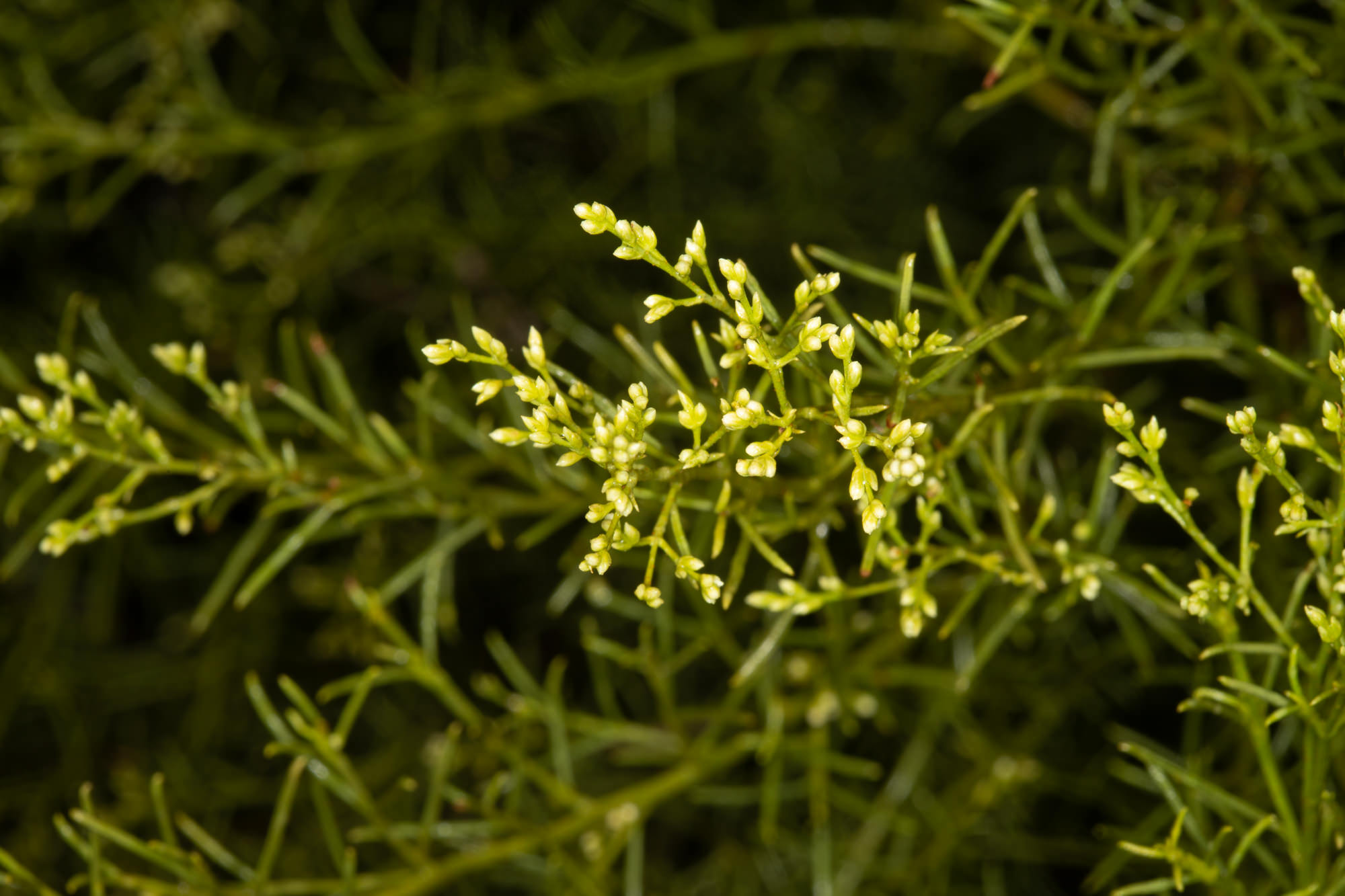 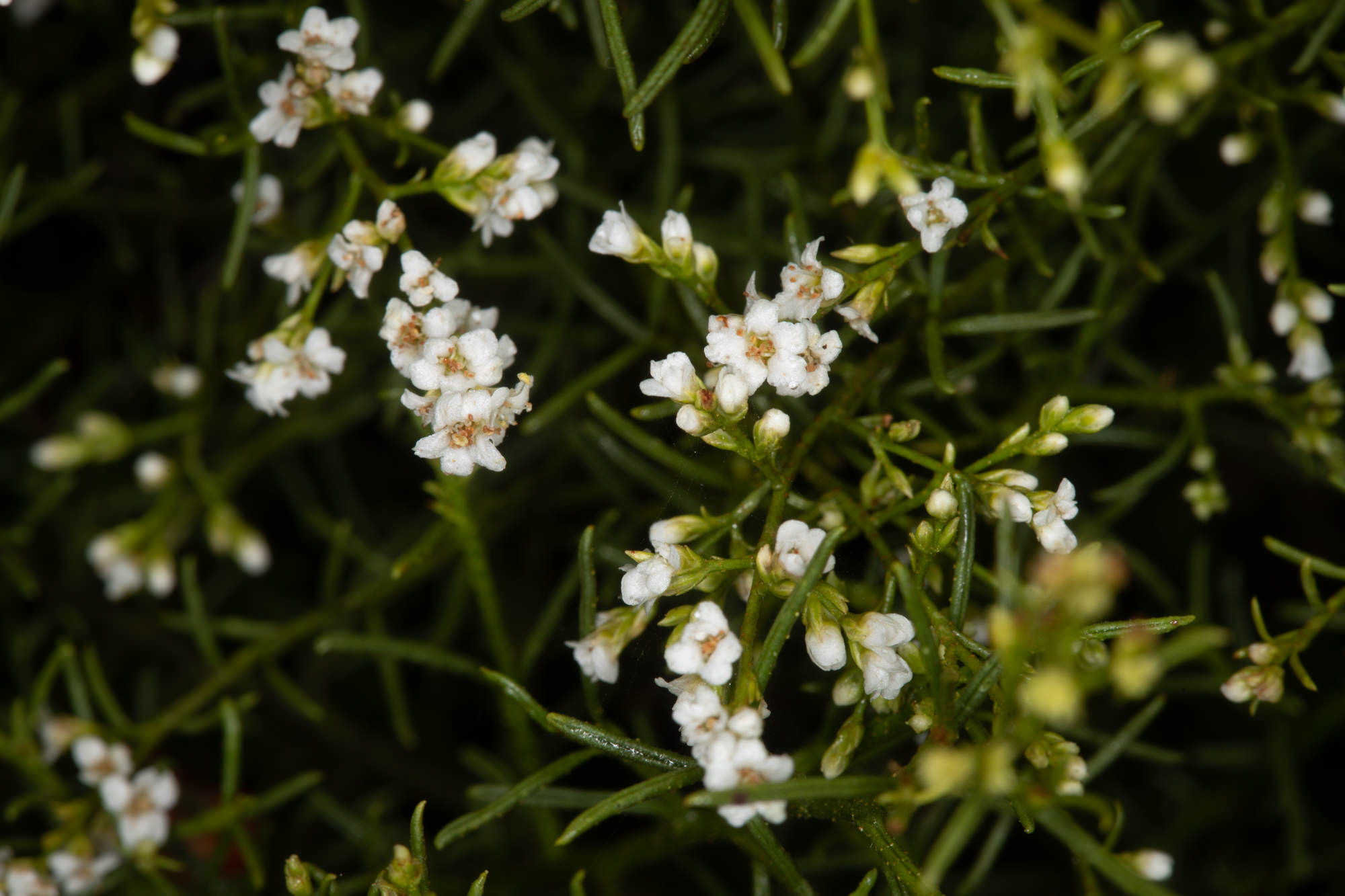 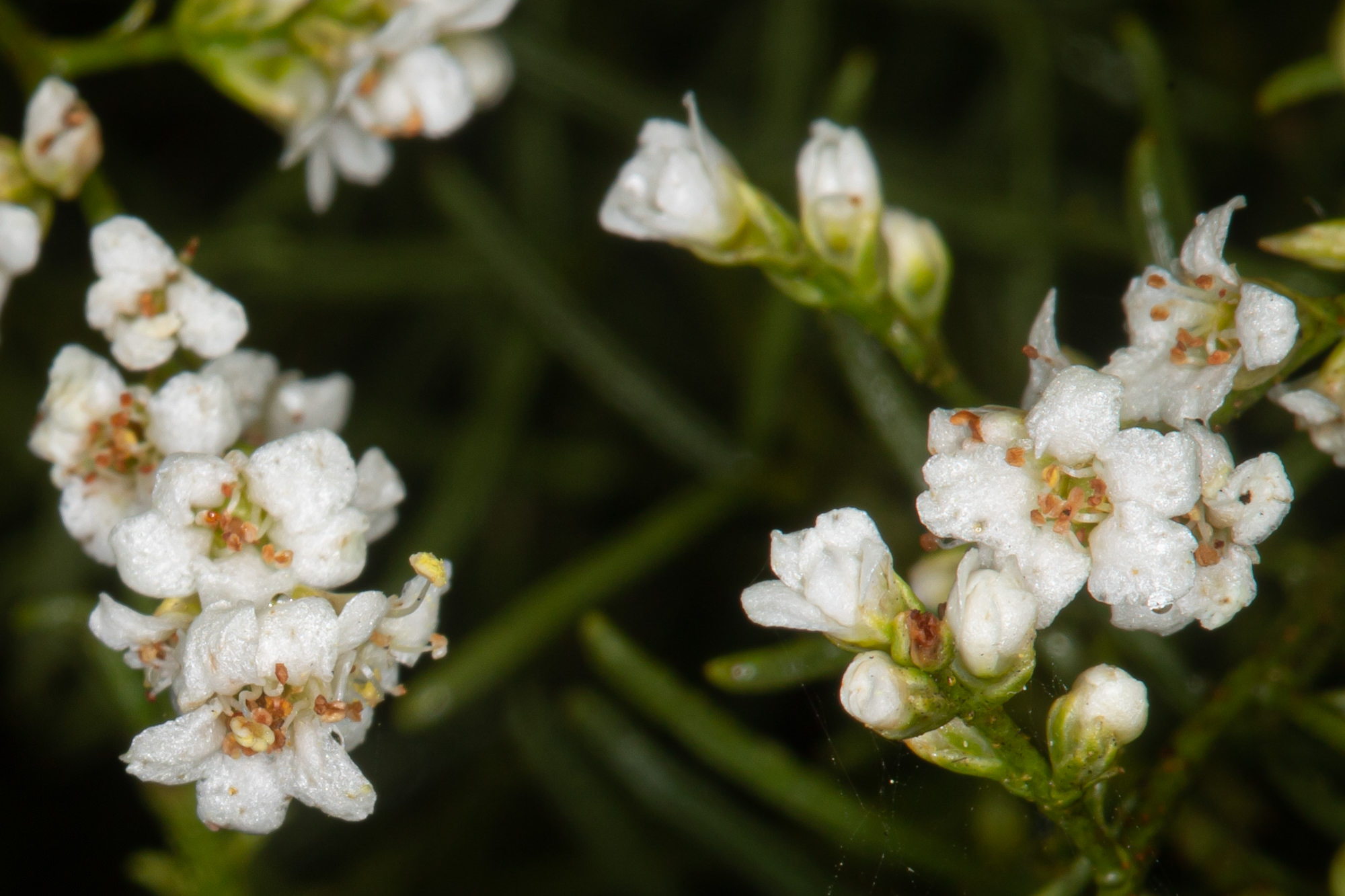 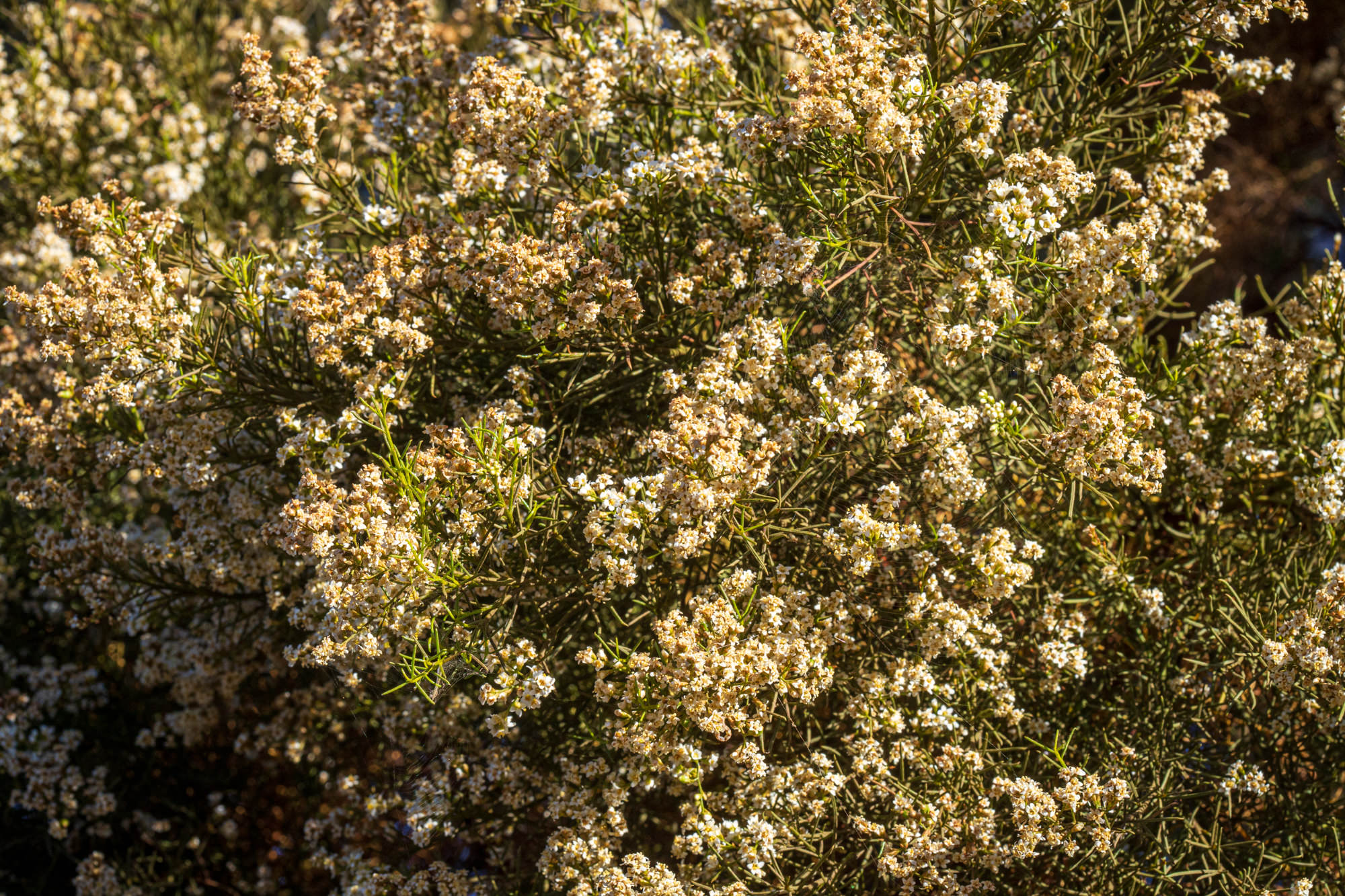 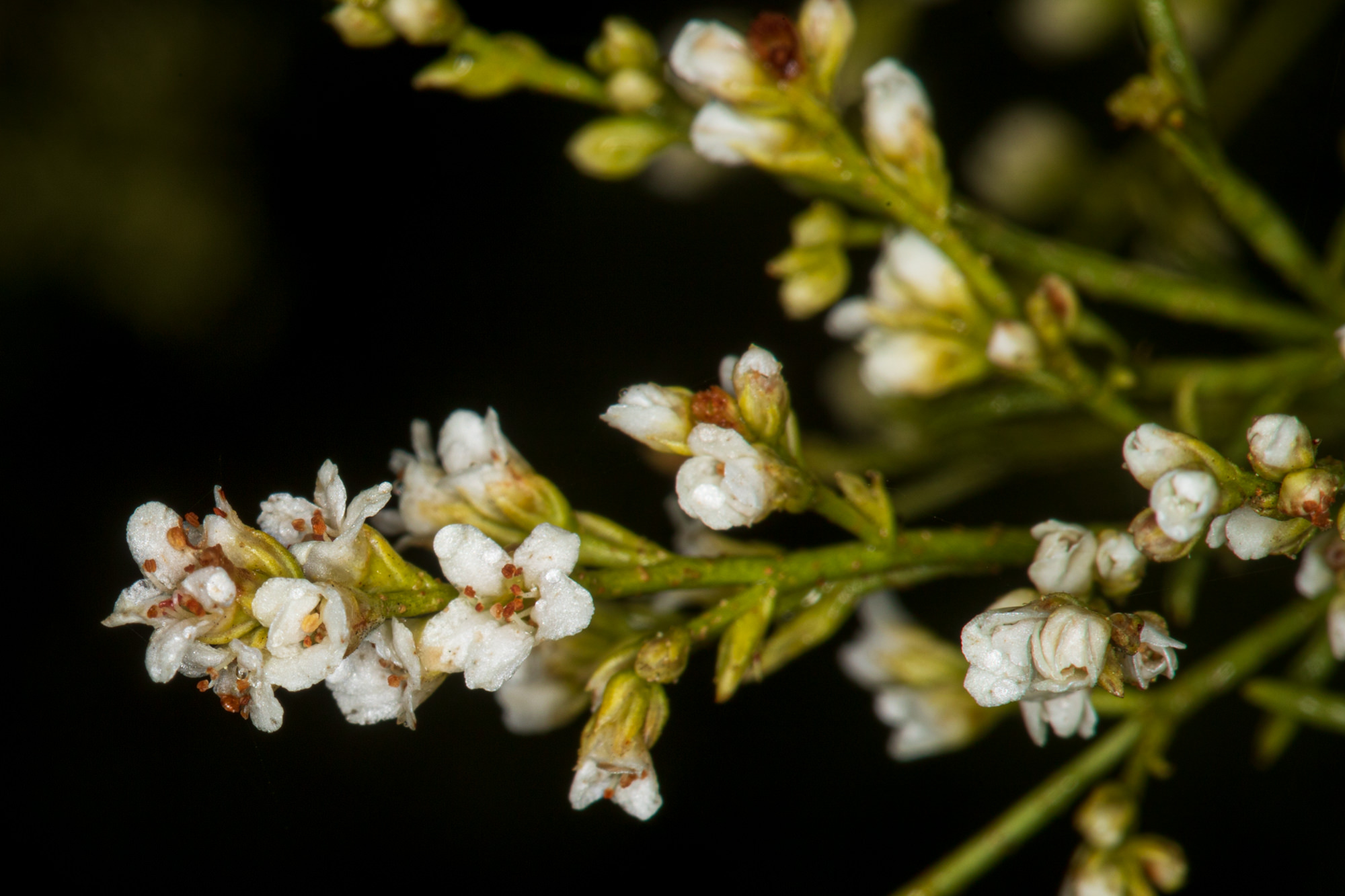 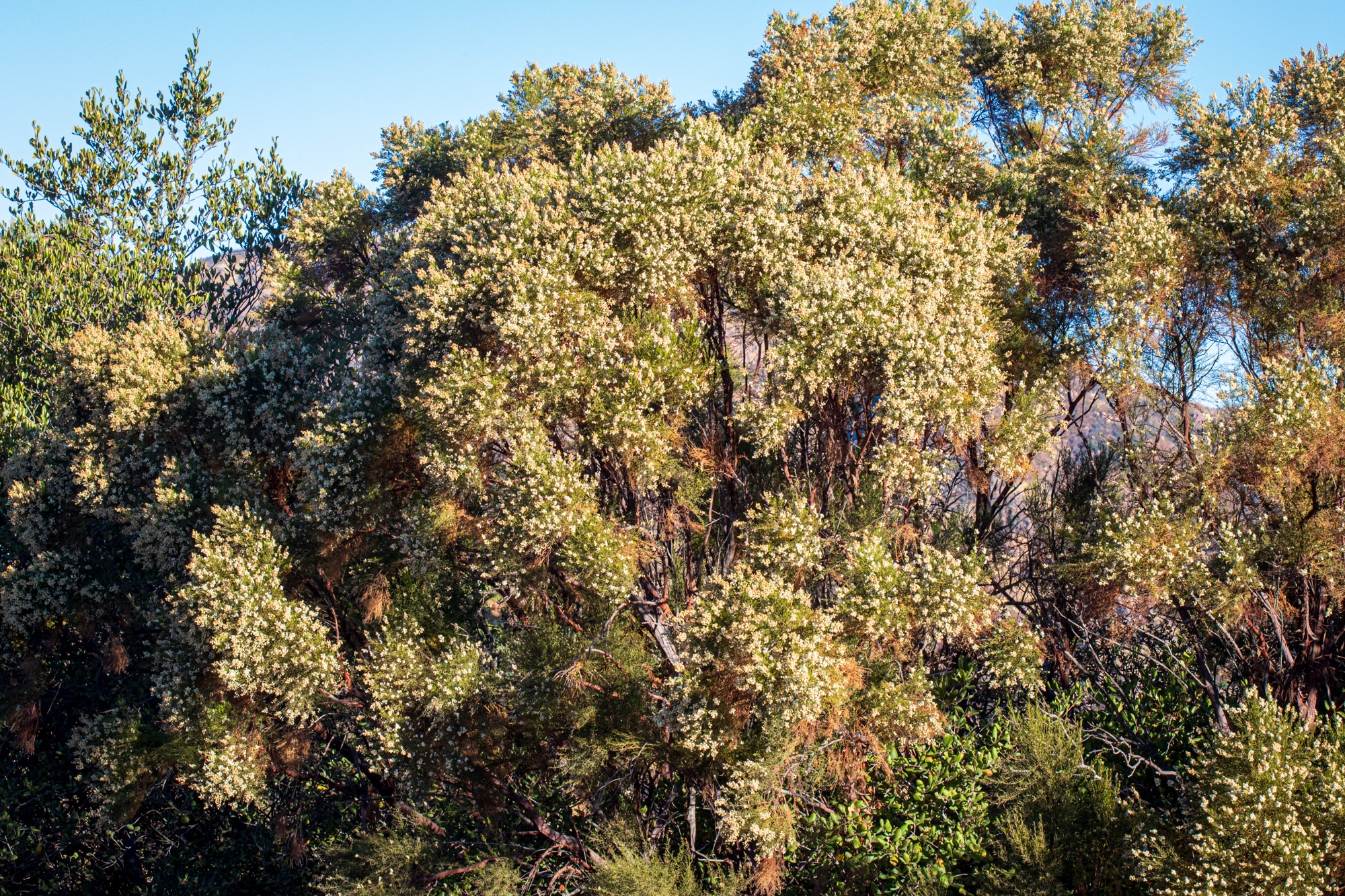 While Red Shanks is not caught in bloom this time of year (October to May), to me it was a notable plant of the early winter months because of its bright green foliage and ability to hold water in its leaves and bark. While I have not lived in California for sometime now (2+ years and counting), memories of California winters and walking along the trail by Sandstone Peak always make me think of Red Shank's dewy aromatic moistness after a rain.

Red Shanks has a tree-like appearance and grows up to 18 feet tall. Bloomtime normally occurs from July to August with loose bundles of small white flowers. The bark on this plant is notably shredding and reddish-brown, helping to serve up its common name. Leaves are small and needle-like. As mentioned, the plant seems to capture rain water and dew like a sponge; stand underneath a branch on a foggy morning after a rain and shake it for an instant shower.

Response to Fire: Red Shank sprouts vigorously after a fire. The plant may top burn completely but underground a lignotuber often extends down six feet. Several studies indicate seed viability after a fire is poor. Like its sister plant - Chamise - Red Shank leaves have a sticky resin that is flammable.

From Wikipedia. A lignotuber is a woody swelling of the root crown possessed by some plants as a protection against destruction of the plant stem, such as by fire. The crown contains buds from which new stems may sprout, as well as stores of starch that can support a period of growth in the absence of photosynthesis. The term "lignotuber" was coined in 1924 by Australian botanist Leslie R. Kerr.

The genus name Adenostoma translates to "gland mouth" and refers to there being 5 glands at the mouth of the sepals. The species name sparsifolium, as might be expected, refers to the sparseness of the foliage. This plant is not very common but as mentioned, up by Sandstone Peak you can find many stands of it growing along the trail. Chamise (Adenostoma fasciculatum) is a related plant in the same genus and family, similar-looking though fuller, but is much more ubiquitous.