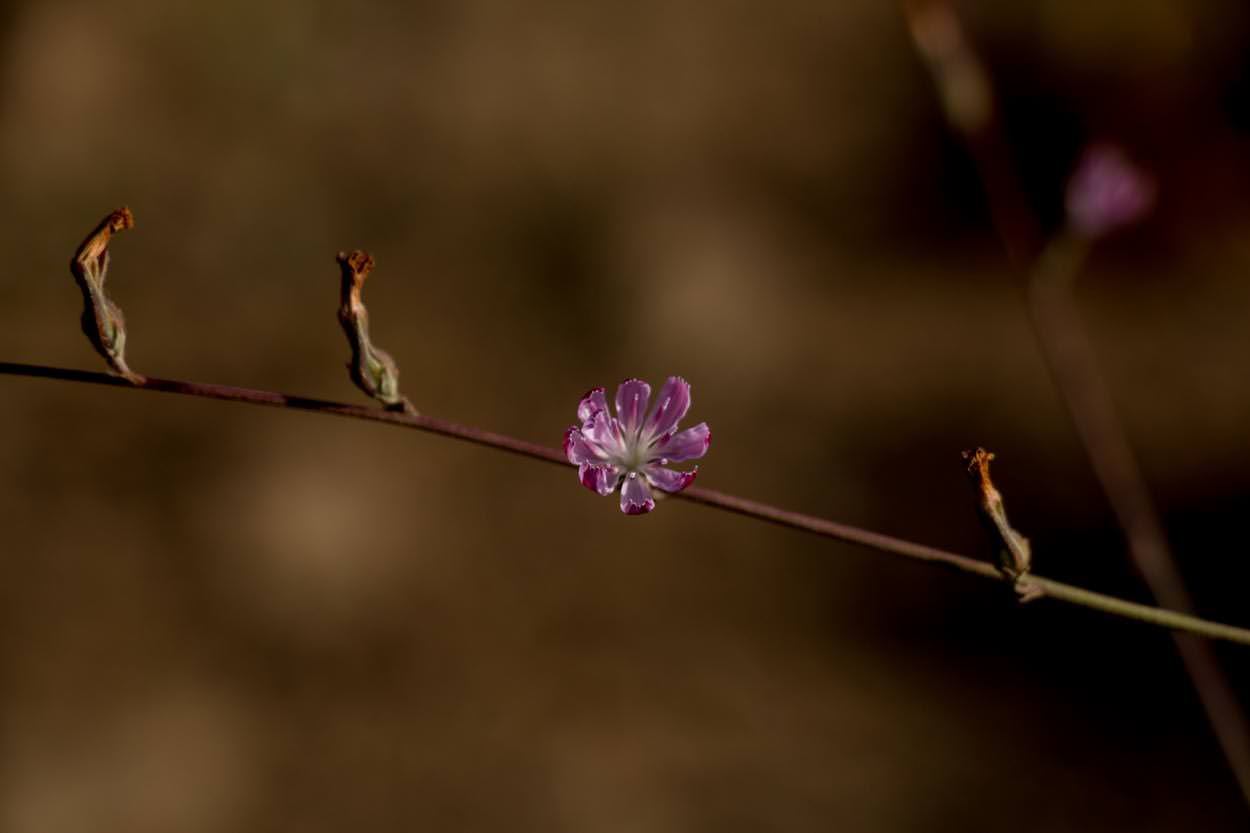 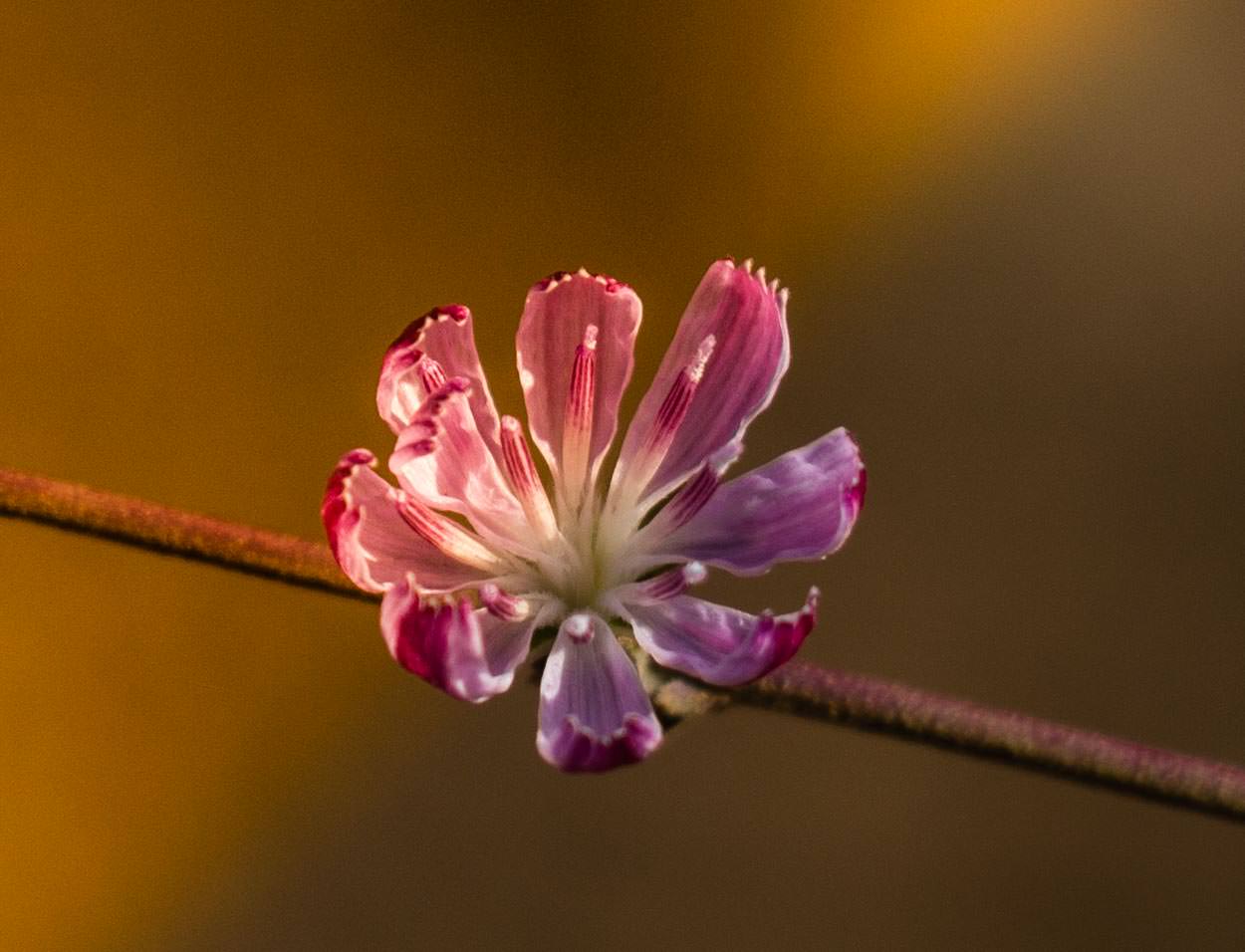 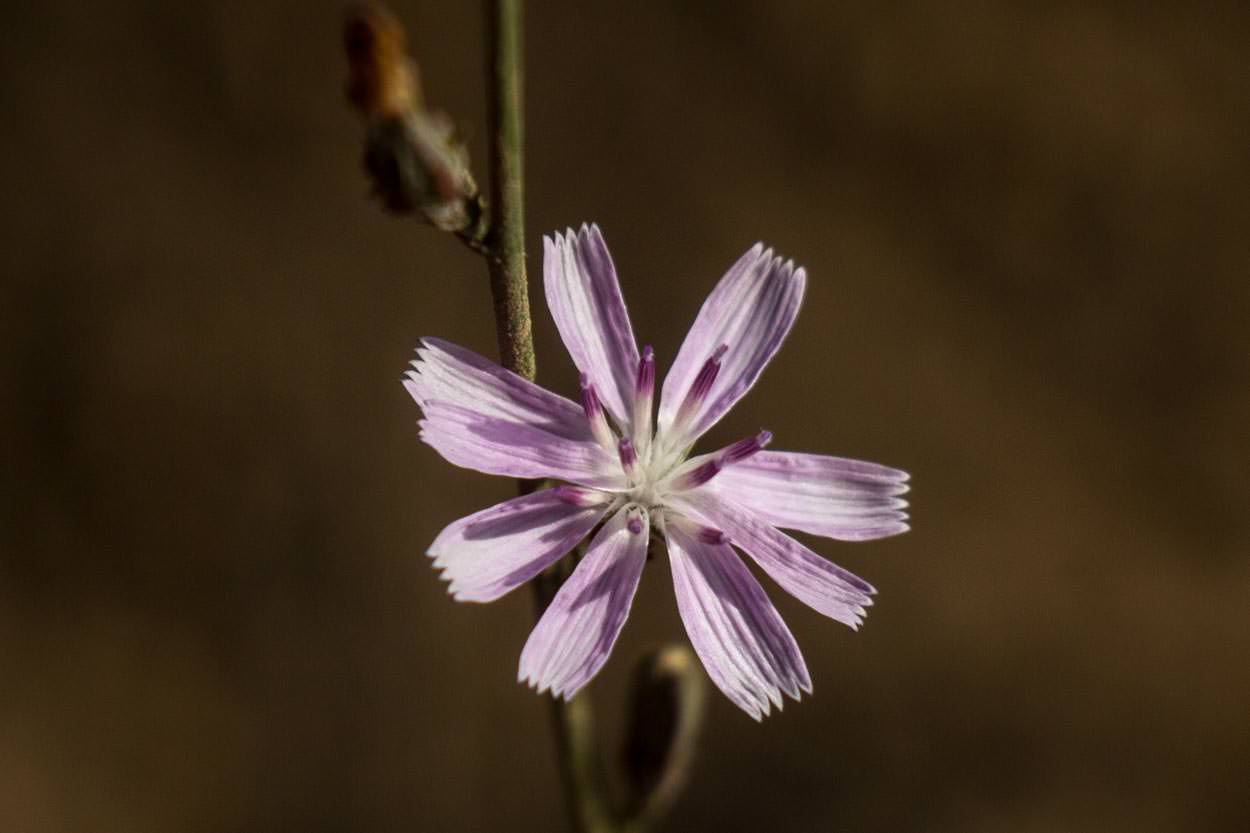 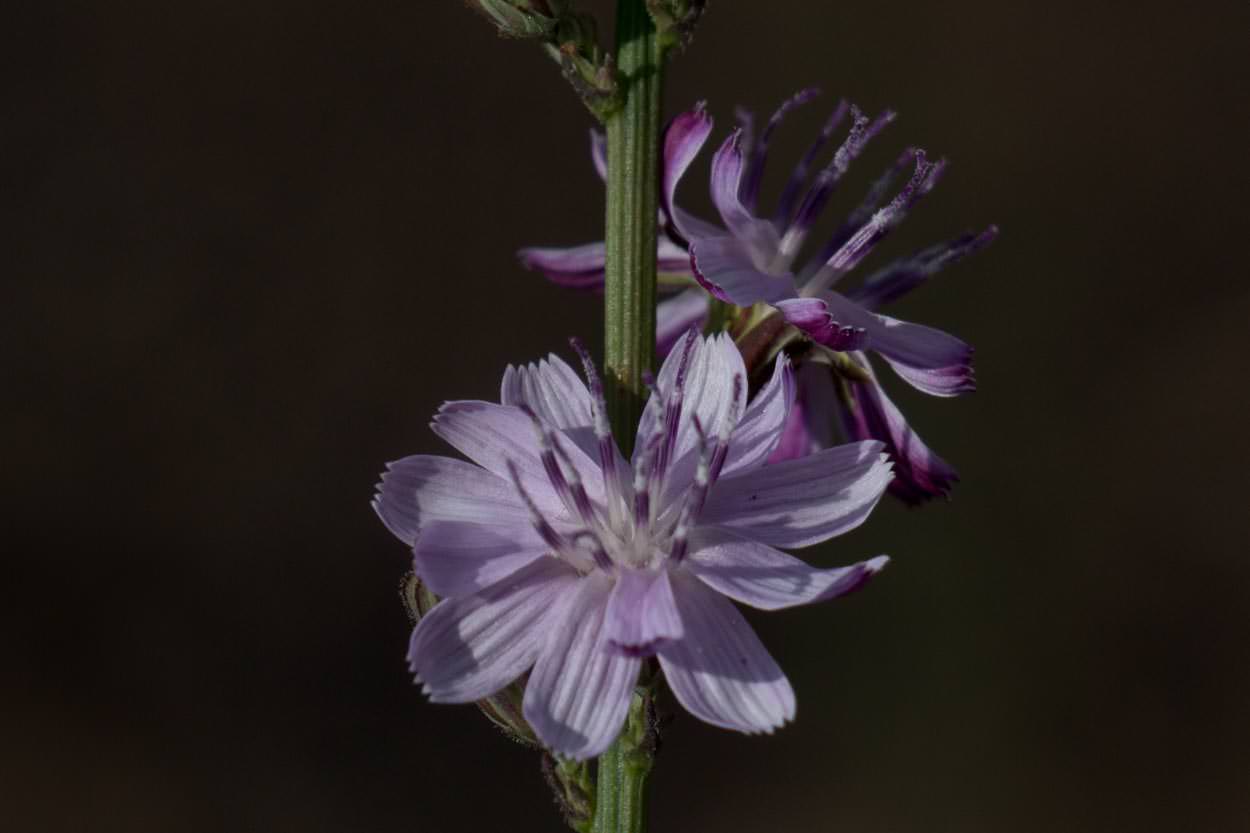 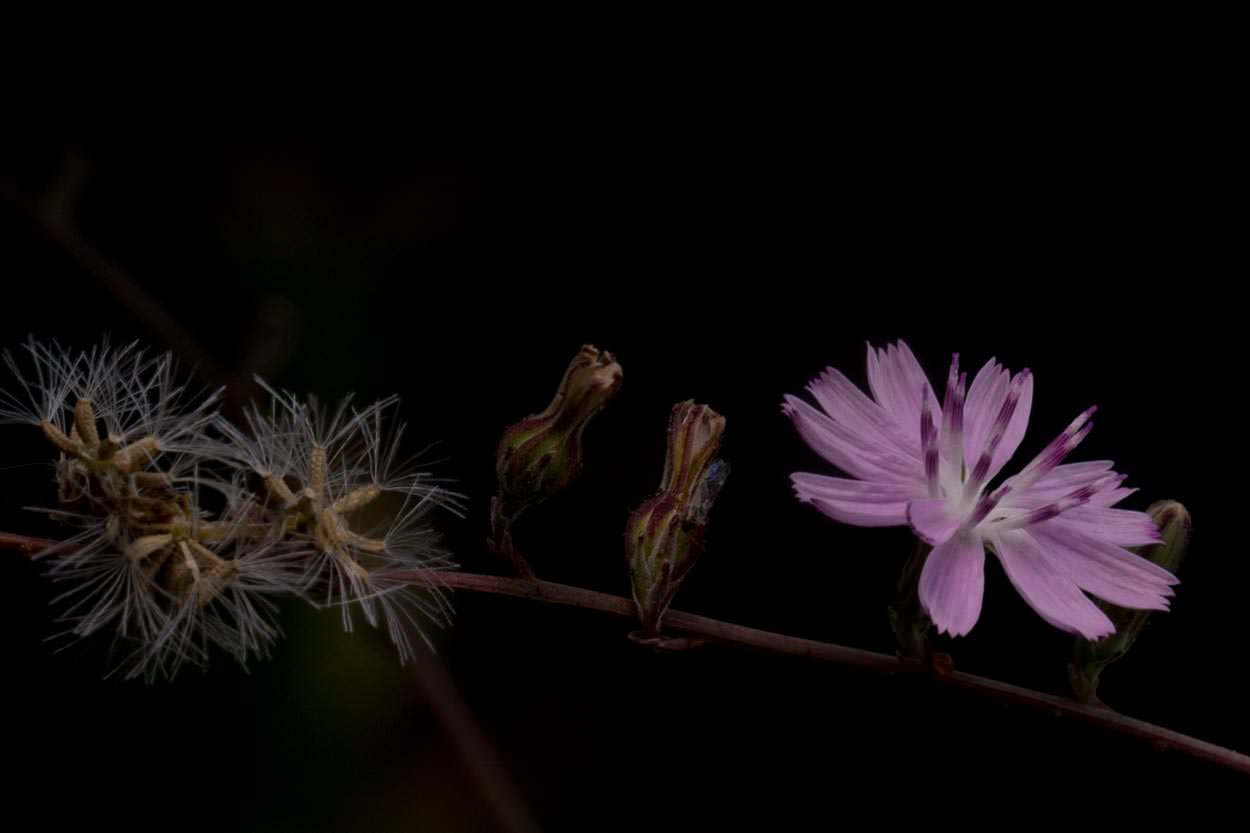 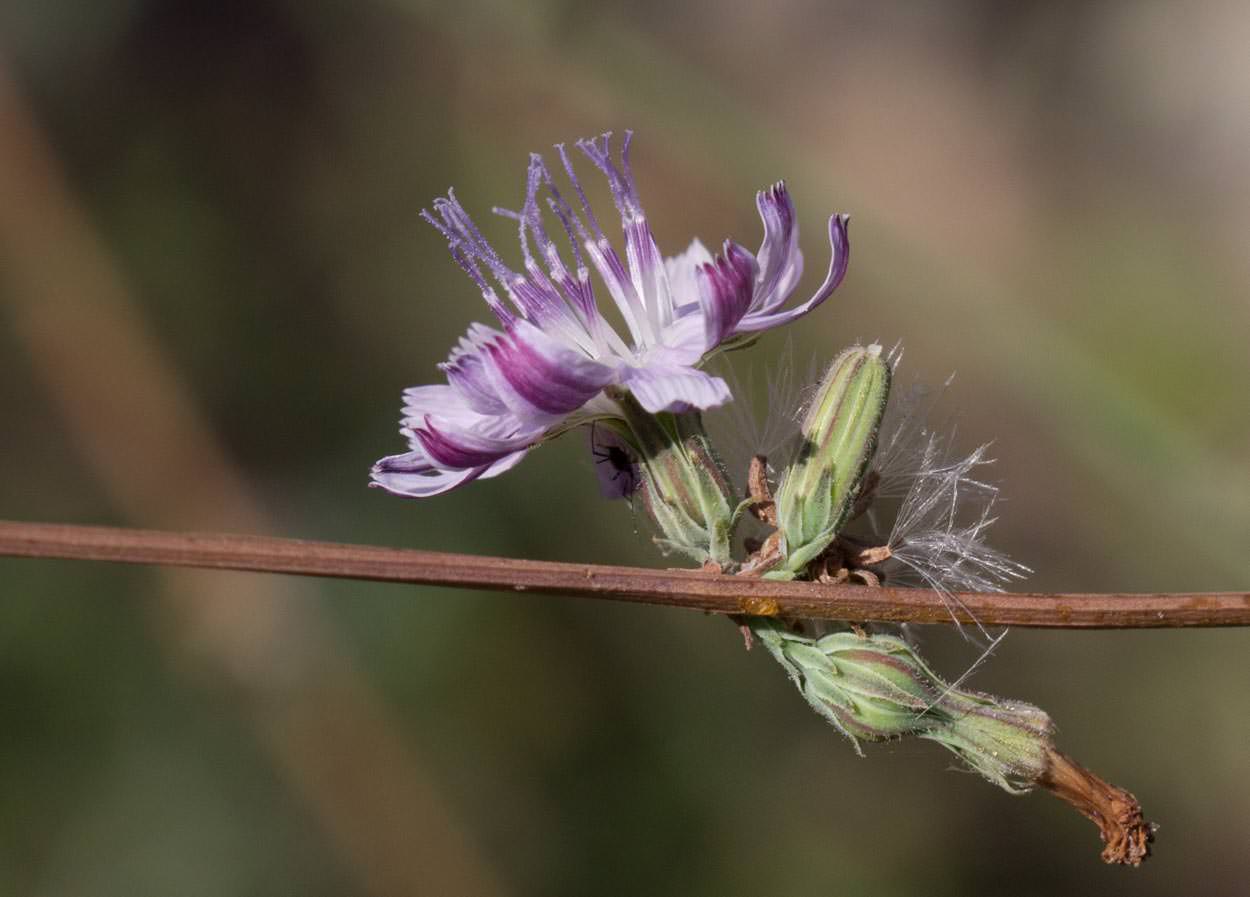 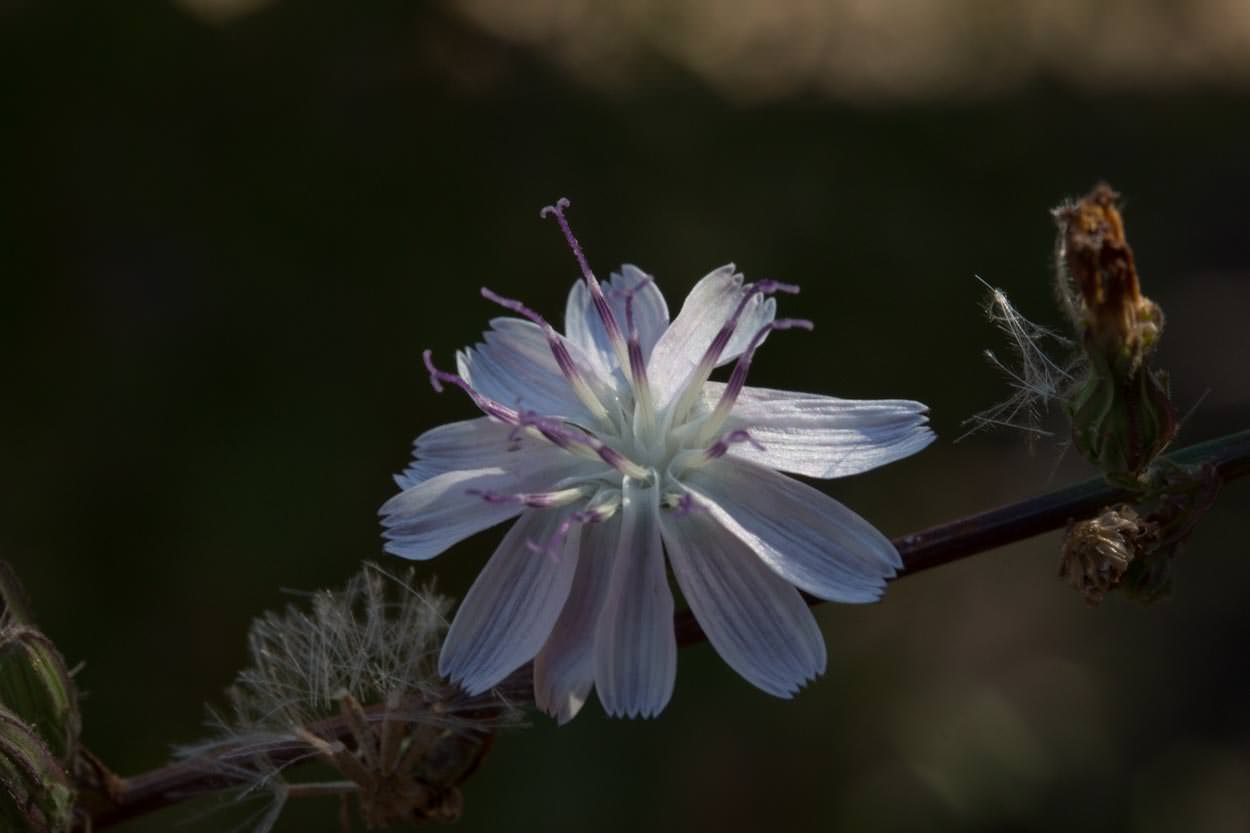 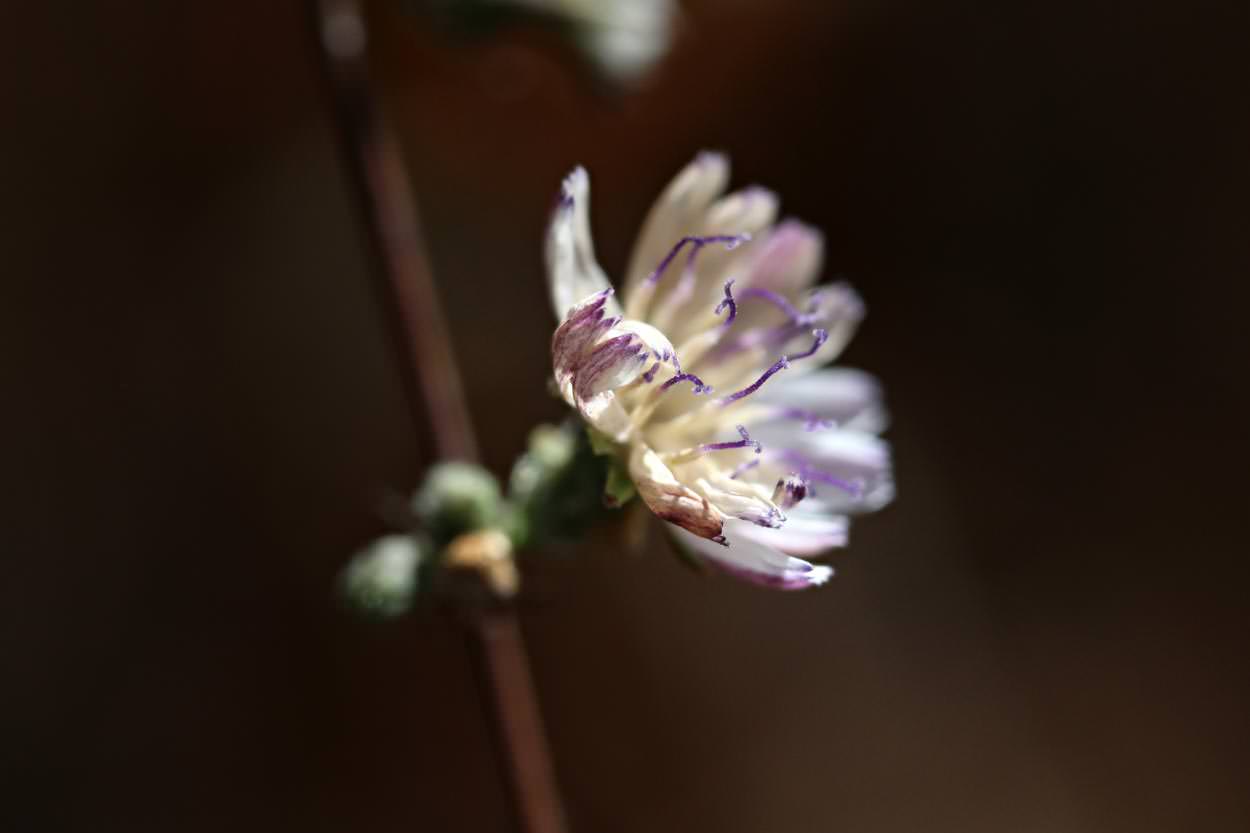 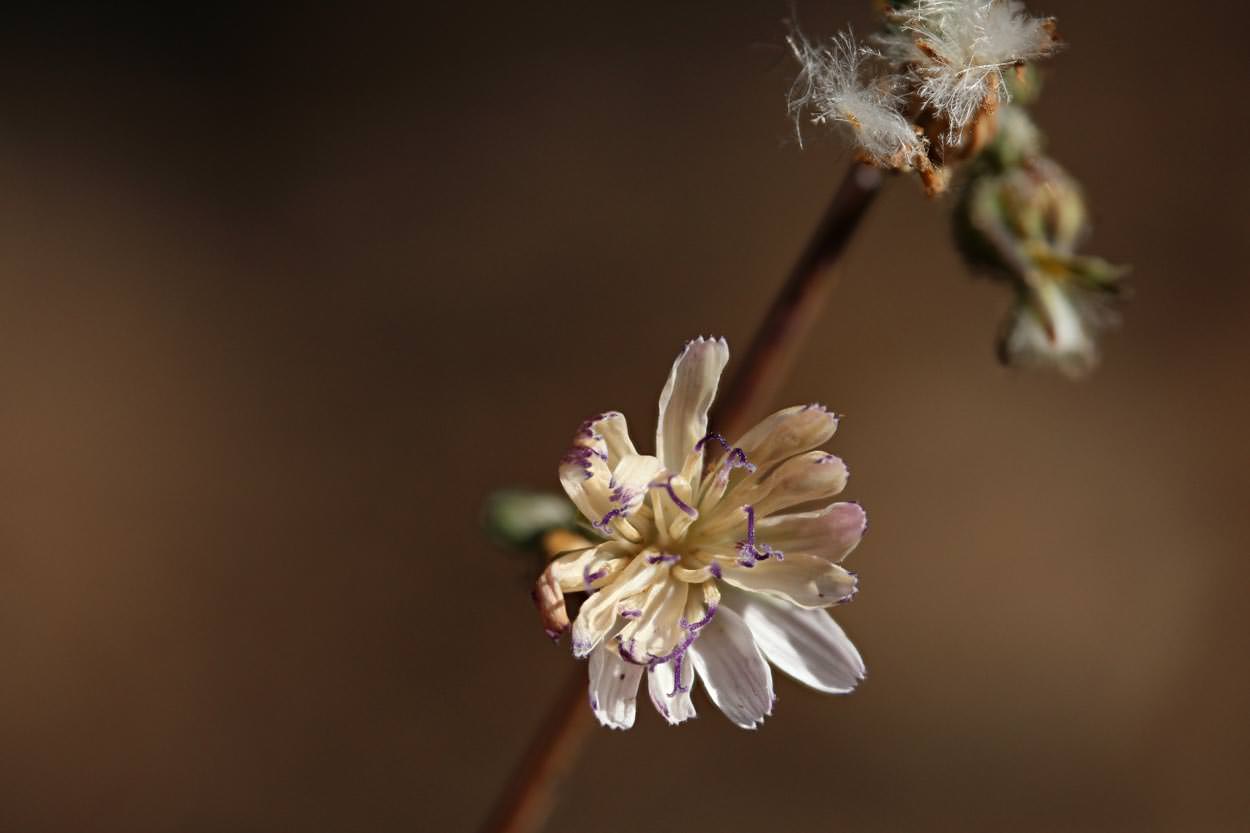 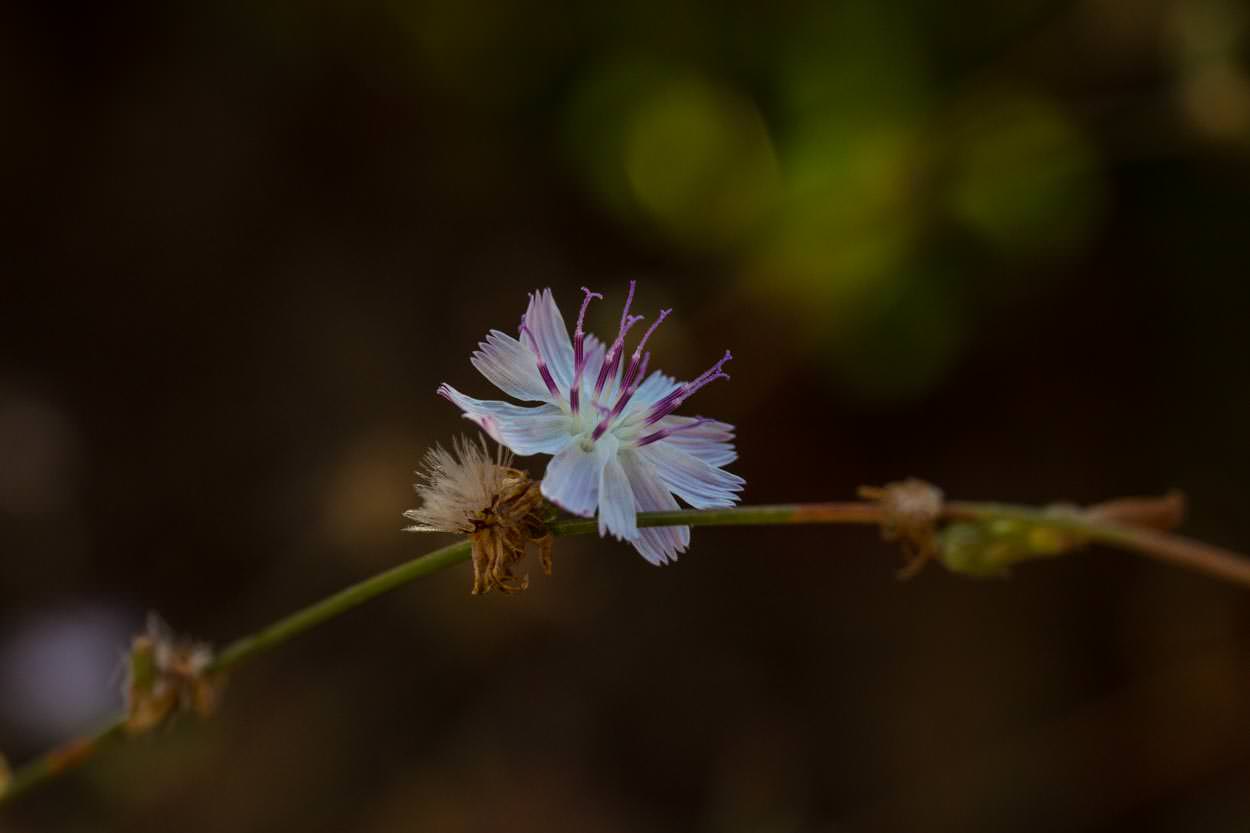 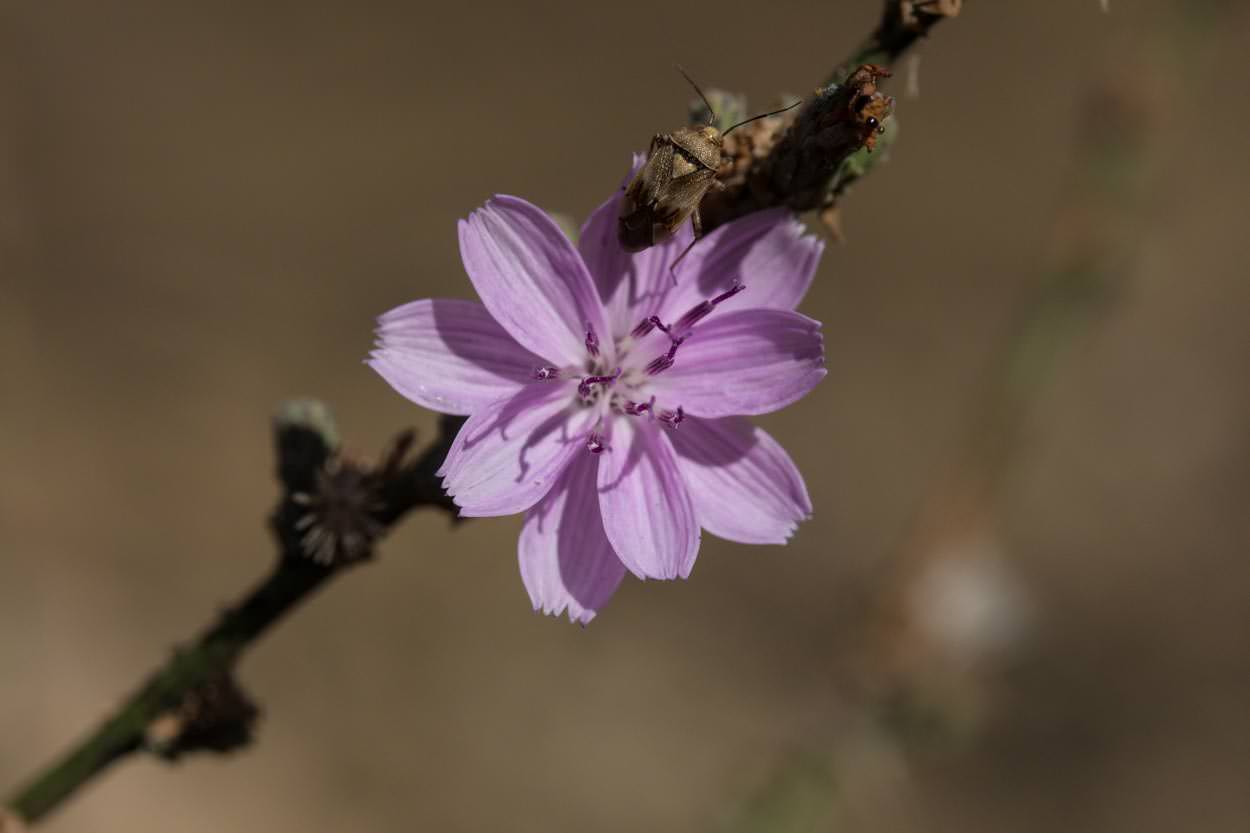 This month we have a group of plants that look so similar that the most reliable way to tell them apart is using a microscope to look at the fruits of the flower. Appearance wise these plants have flower heads with between five and thirteen or more ray flowers. Wand Chickory, Twiggy Wreath Plant and San Diego Milk-aster are Annual herbaceous plants that thrive after a fire as well as in disturbed areas. The flowers on these Annual herb are found in hues from pale pink to lavendar to purple or white. Pistils and Stamens are present in this flower. The filaments are bi-colored with the upper part being a lighter or darker variation of the flower and the lower part being white. These flowers are still blooming long after most others have finished their work. They are easy to recognize by their long rigid pole like stems (they can be more than six feet tall)- dotted with small flowers. The plant can look a bit weedy because most of the leaves will be withered by the time flowers start to appear on the branches - like a pine tree without its needles. The discarding of leaves as Summer approaches is a strategy other plants use to reduce water loss. Flowers appear in the Summer and produce seeds that are feathery (pappus) like dandelions. Seeds are then distributed by the wind.

This plant is a member of the Aster Family. What we call a flower is actually a composite: the flower head is made up of ray flowers (think petals). Naturally this plant is an exception to the rule that members of the Aster tribe have both Ray and Disk flowers. Below is a table with typical flower head counts - keep in mind there is often considerable variation in numbers: One way to differentiate is to count the ray flowers. San Diego Milk-aster usually has more. This is not foolproof because of the amount of variability/overlap - if you were a Botanist you might take into account the the following from Jepson Guide -> Annual species complexly interrelated, distinguished by different combinations or expressions of same traits; mature fruits and pappus needed for identification. A thorough discussion of the differences is found on this web page. Read more about the technical differences. Hint you are going to need a microscope and access to the fruits from this plant. Another thing to note is that the flowers are "stalkless" and grow directly from the branch. The leaves of this plant are long gone by the time there are flowers. The leaves alternate on the trunk and are between four and eight inches long. Leaves are oblong and have a wavy margin. Milt's guide says this flowers from July to September. I saw these flowers along the Ranch Center Road in Pt. Mugu State Park. Native peoples used this plant in a tea to deal to intestinal worms and the Spanish thought tea made from the plants would make their stomachs feel better during a hangover.

Name Origin: Stephanomer'ia: derived from the Greek stephane, "wreath or crown," and meros, "division".
diegen'sis: of or from San Diego
Found on CalFlora.net a wonderful site for native plant information.