Plant of the Month - Scale Broom 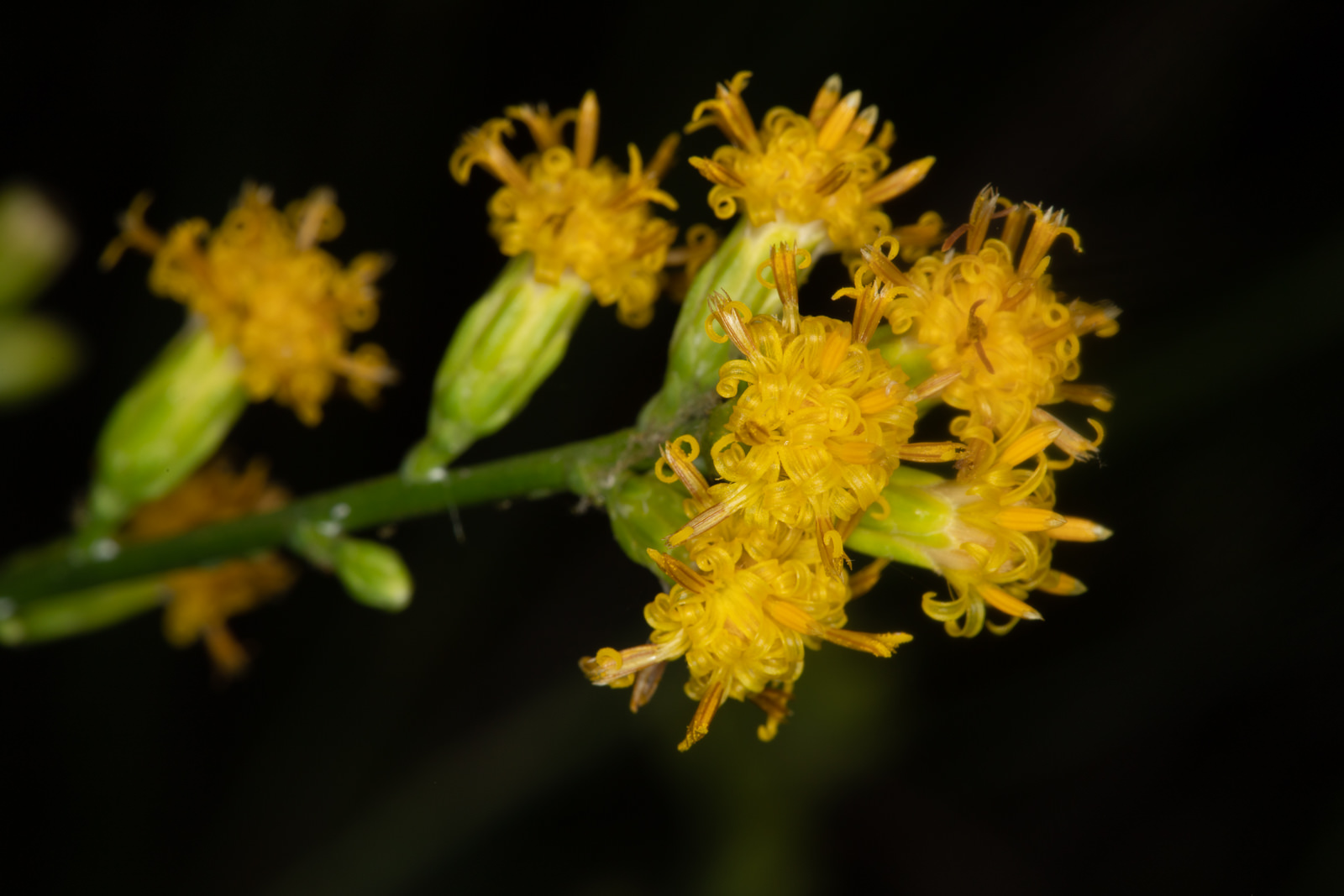 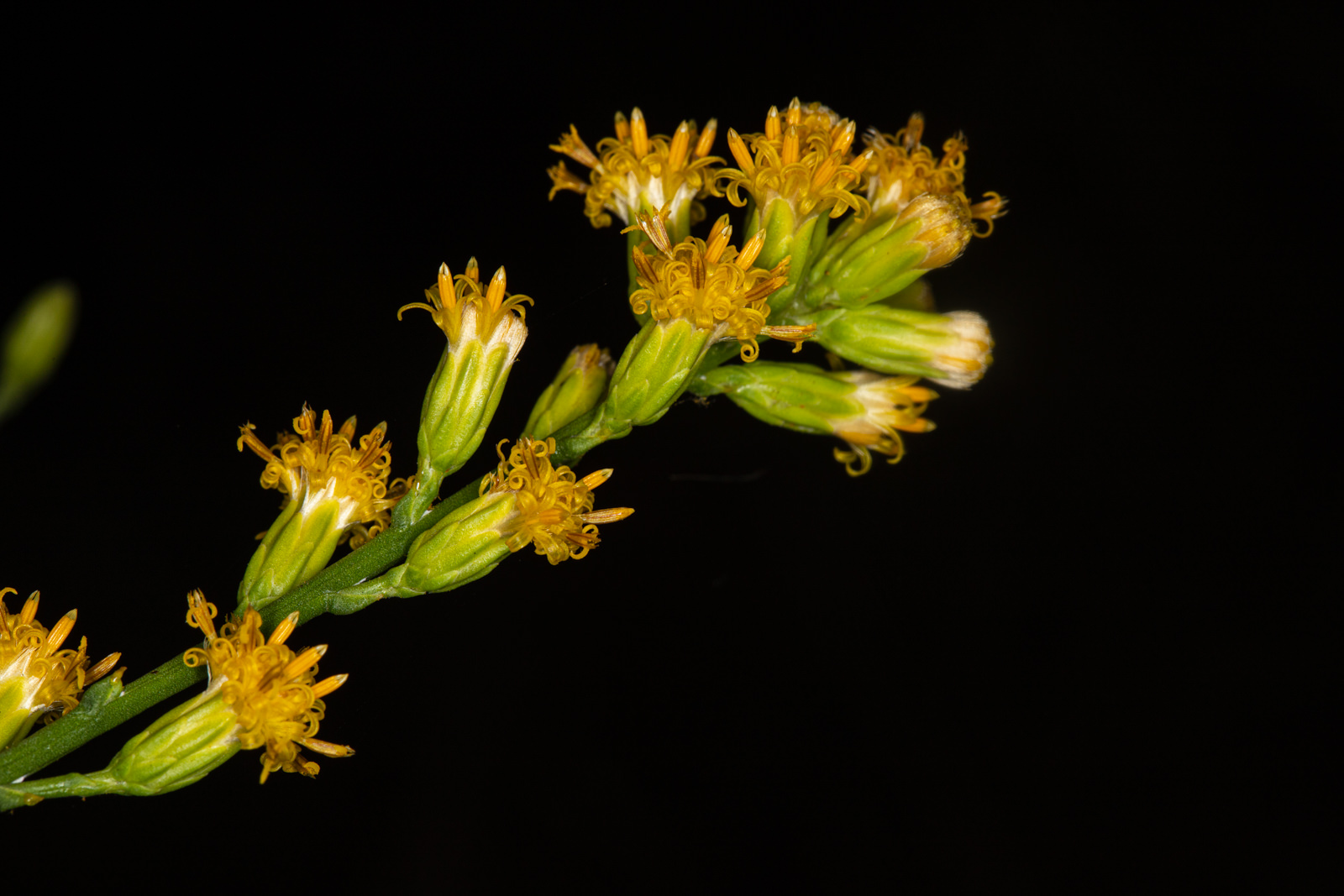 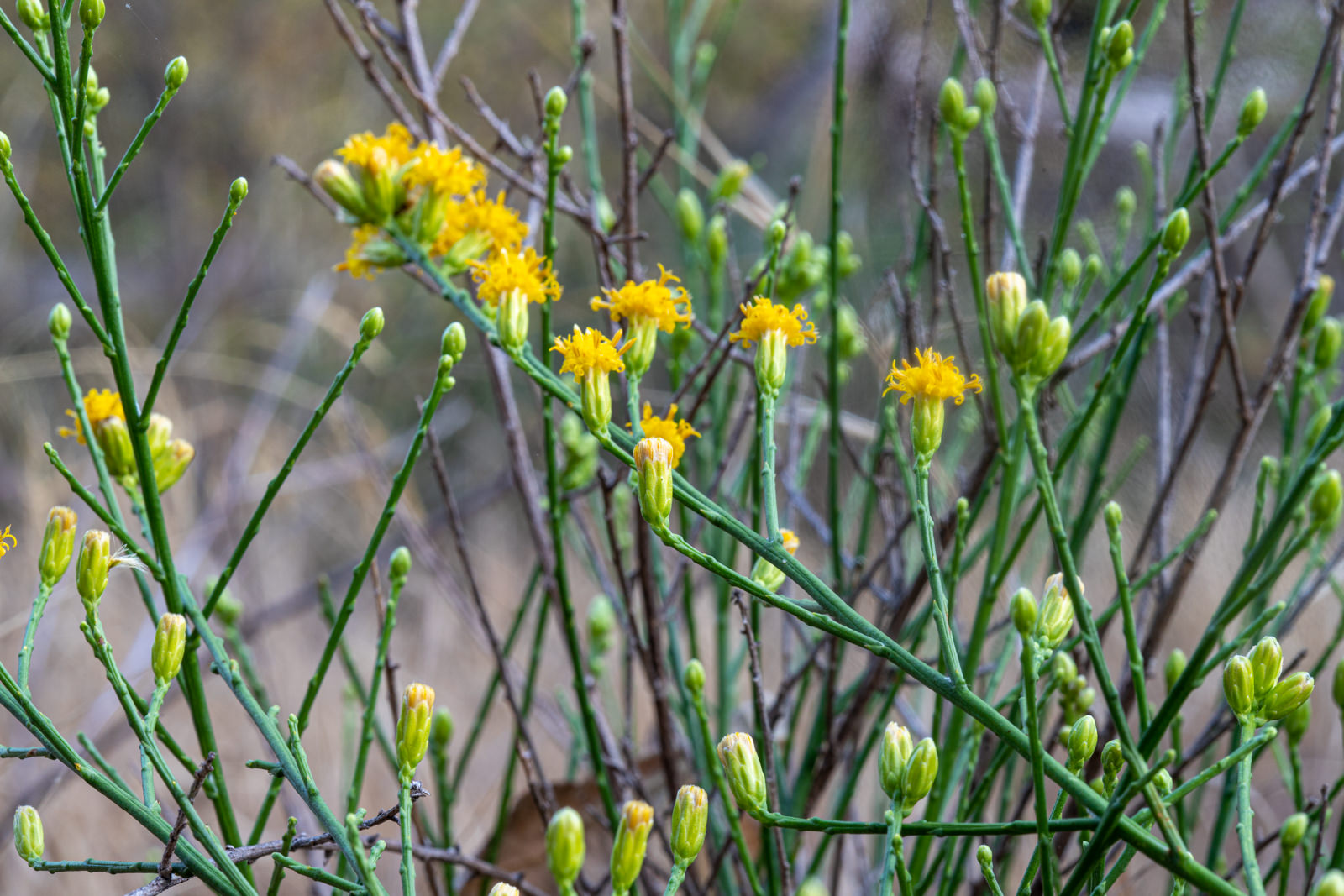 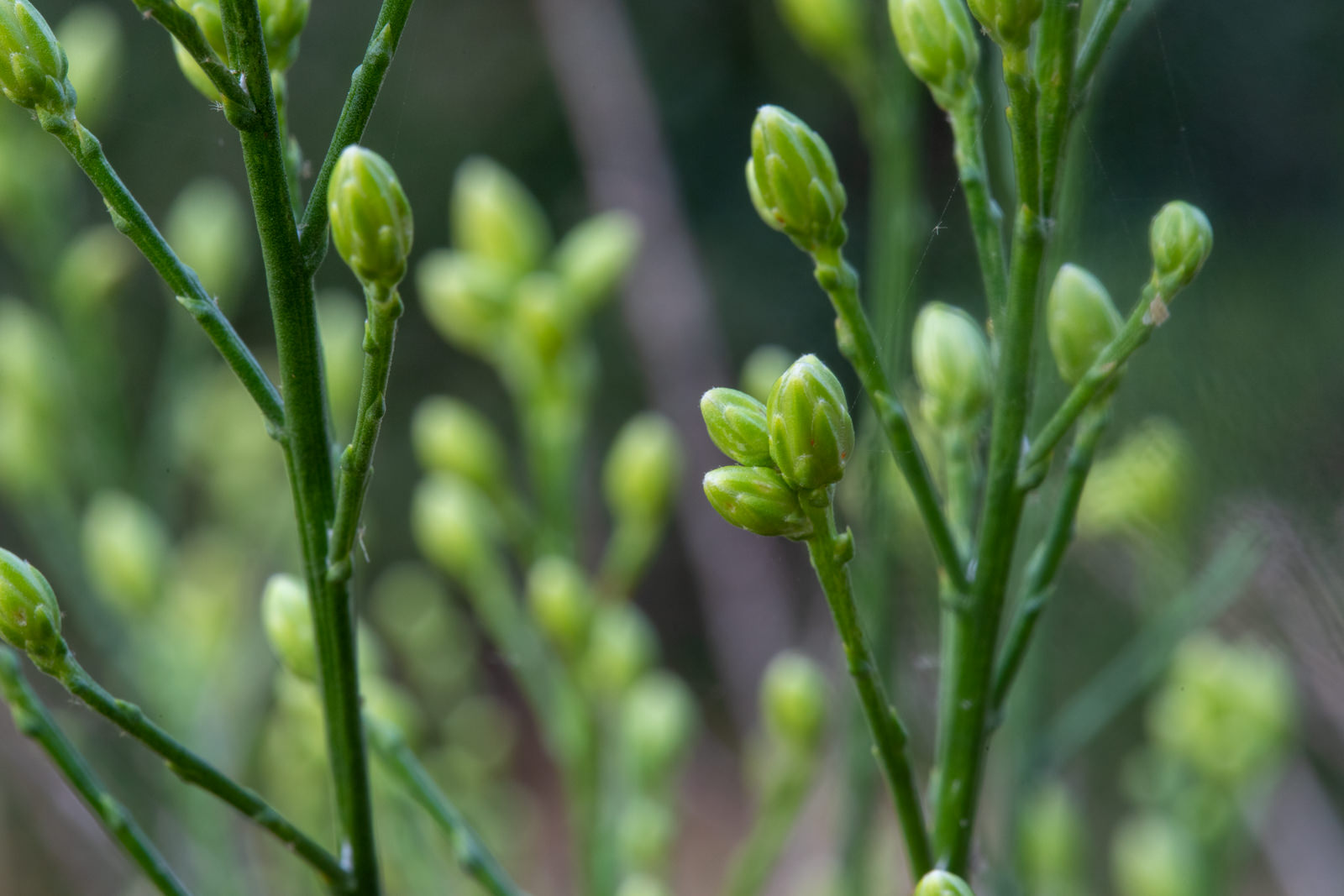 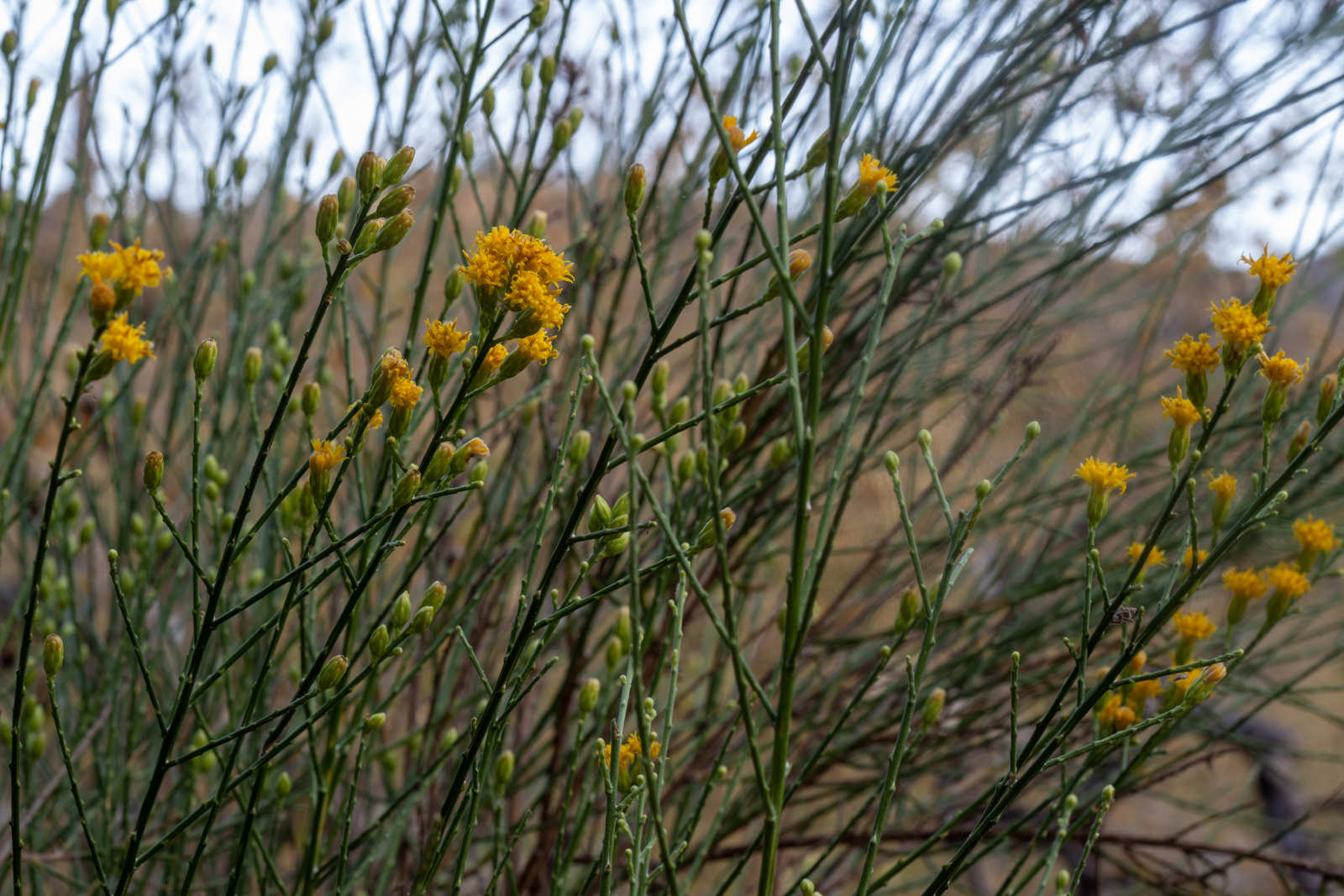 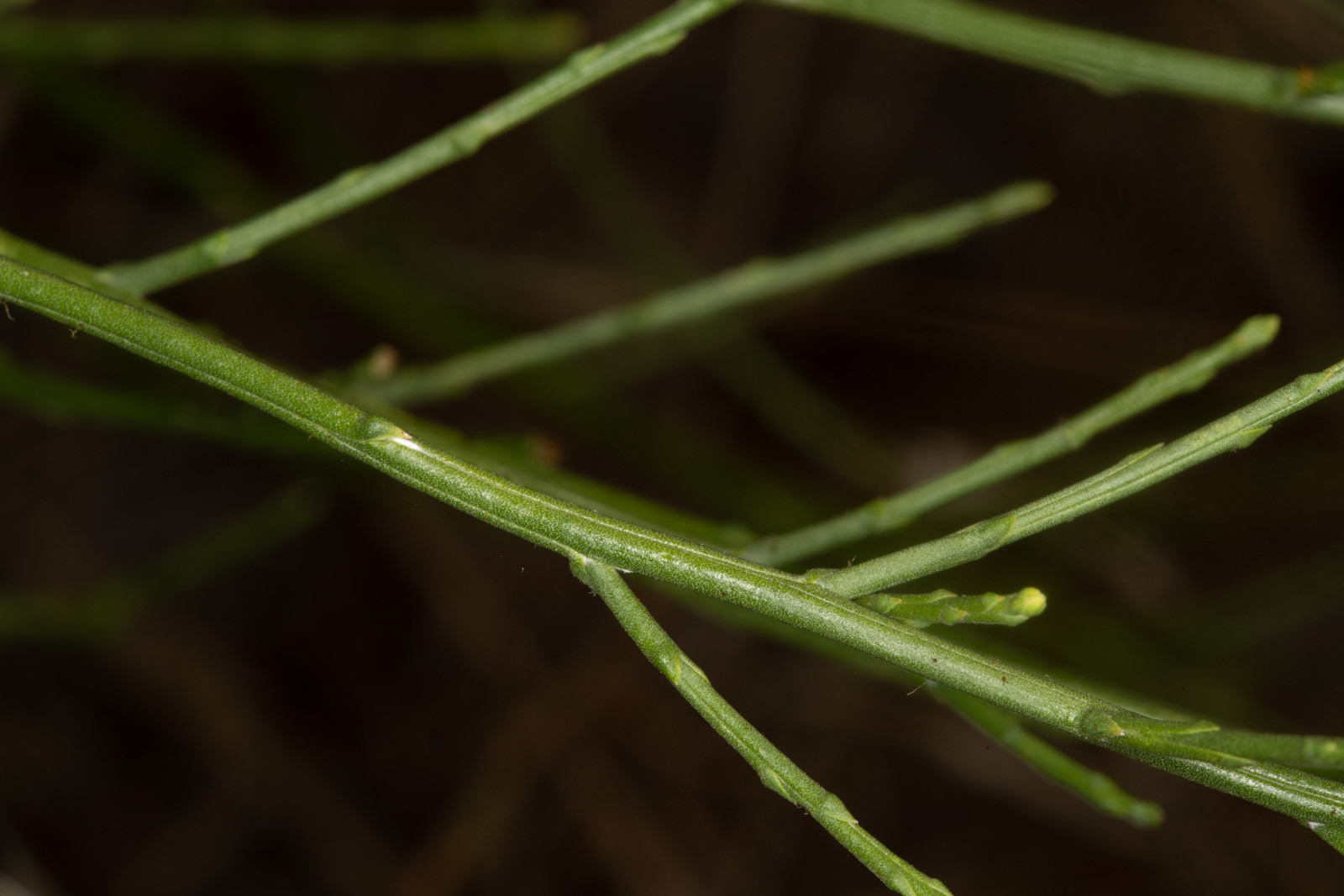 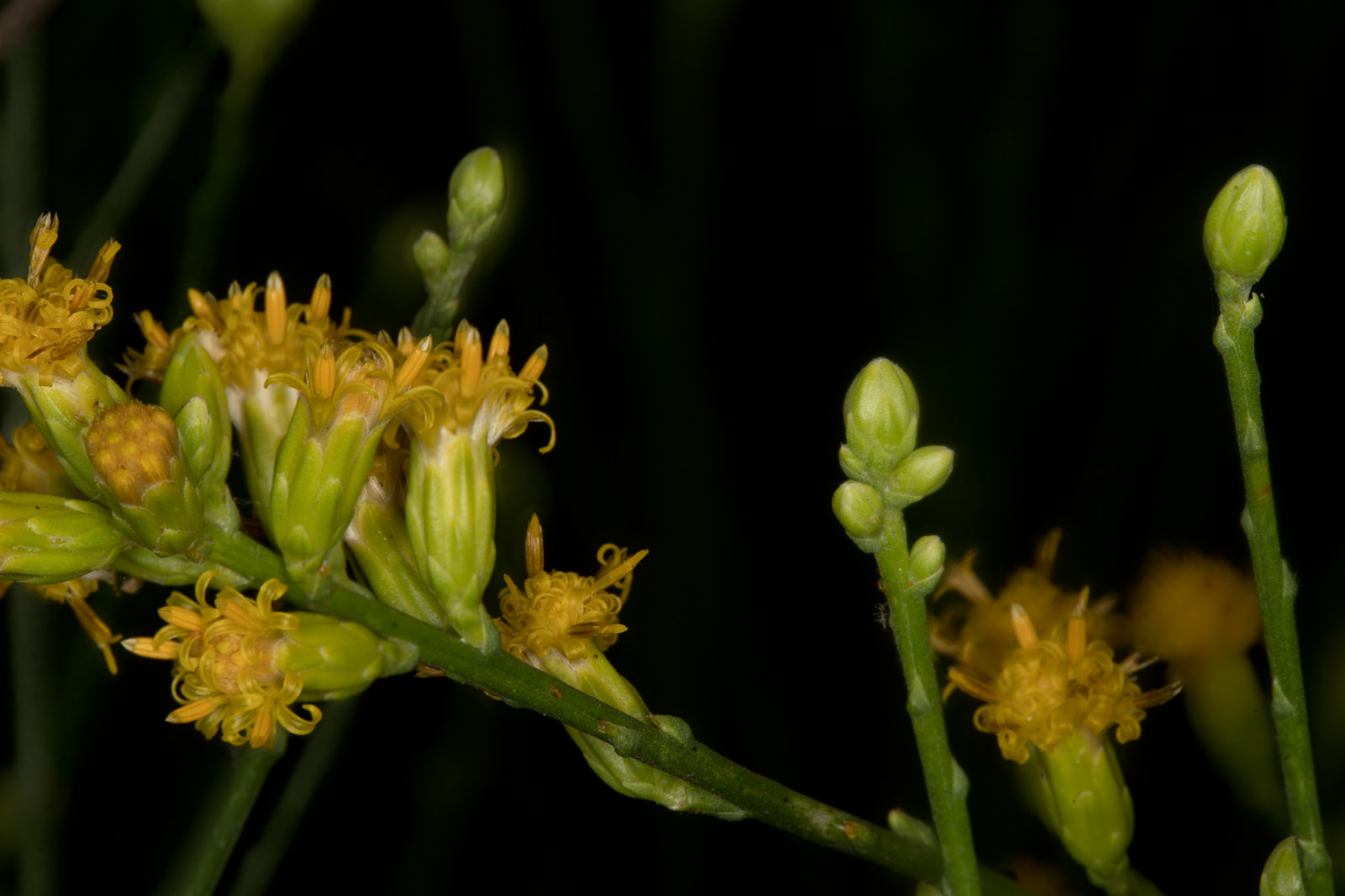 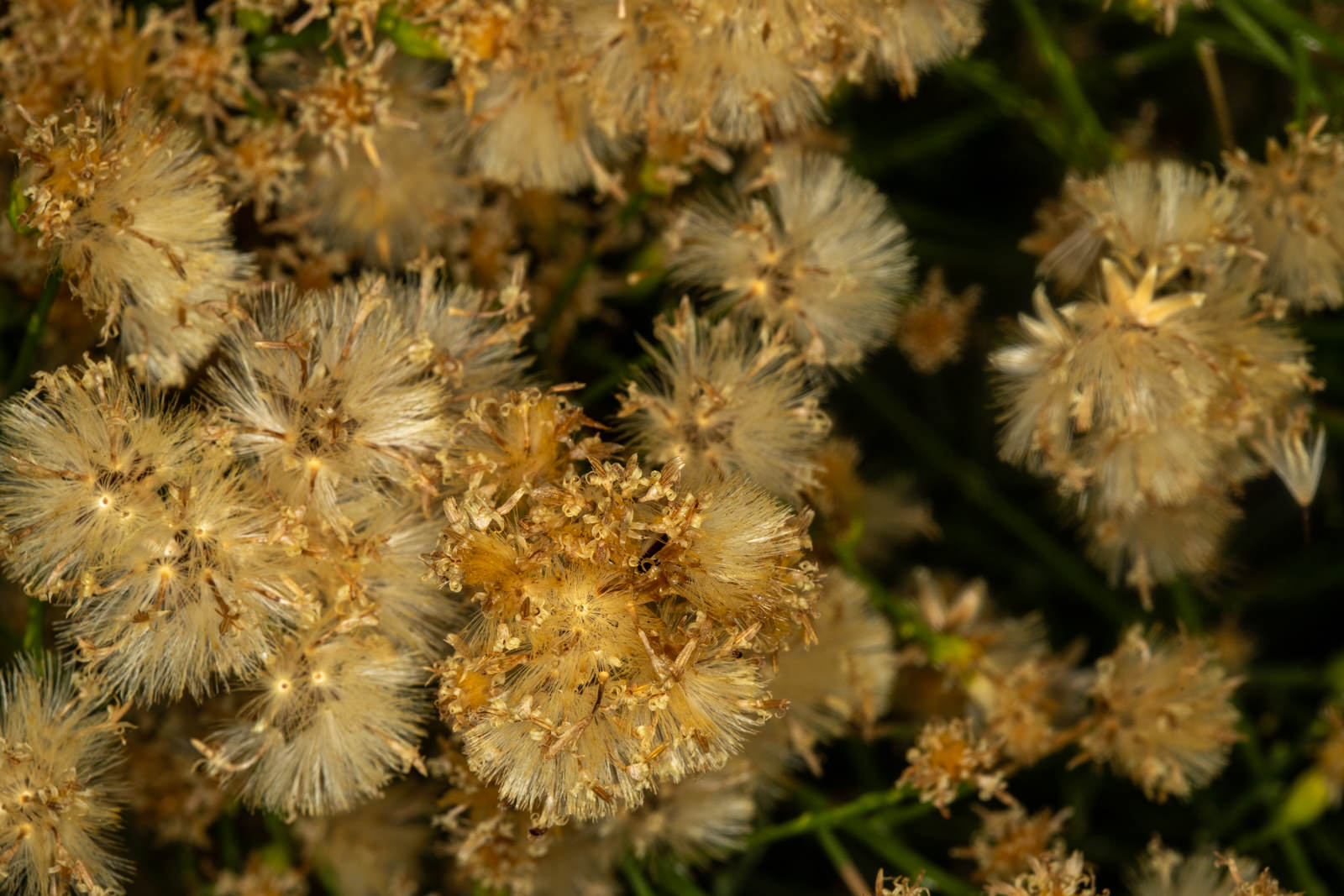 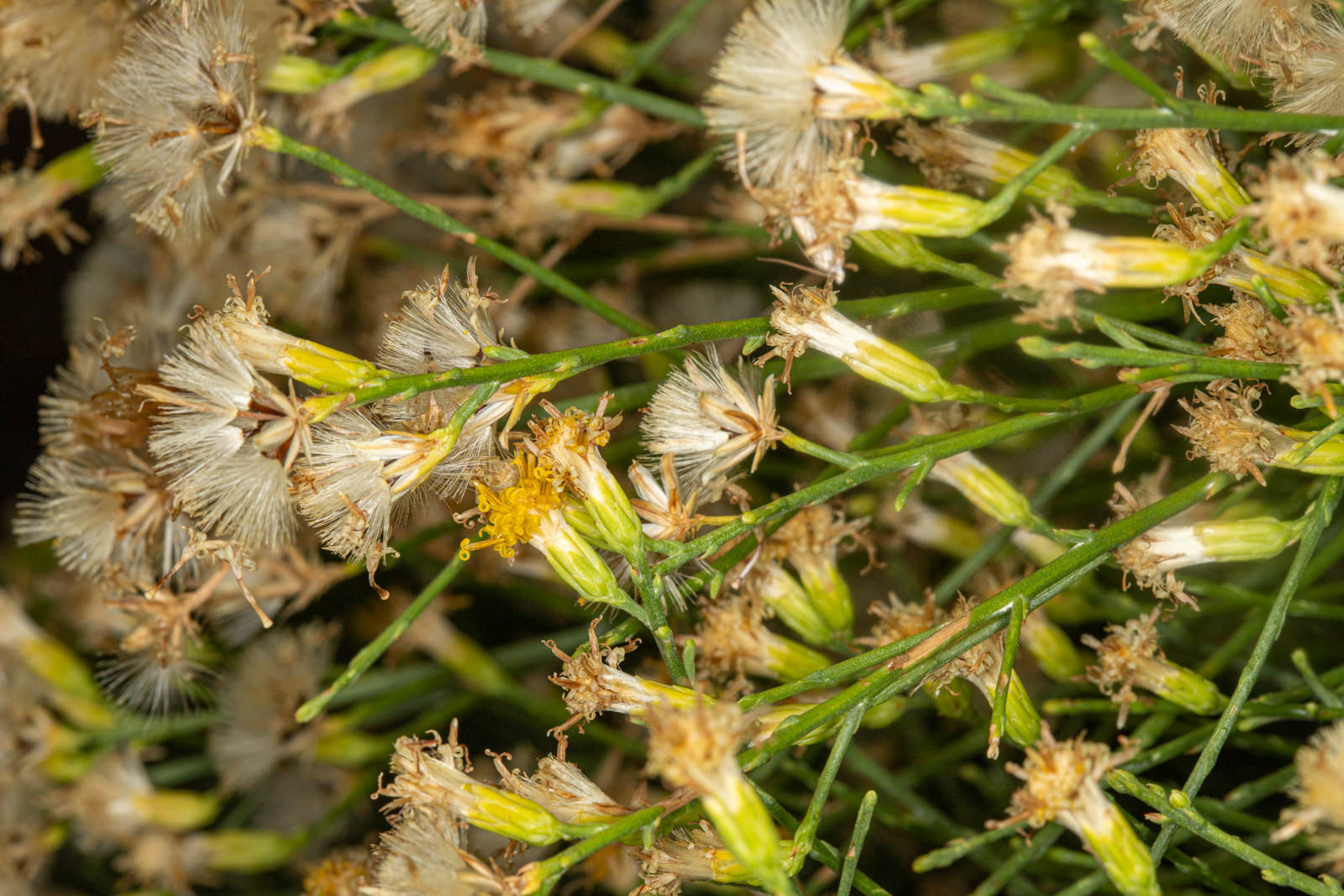 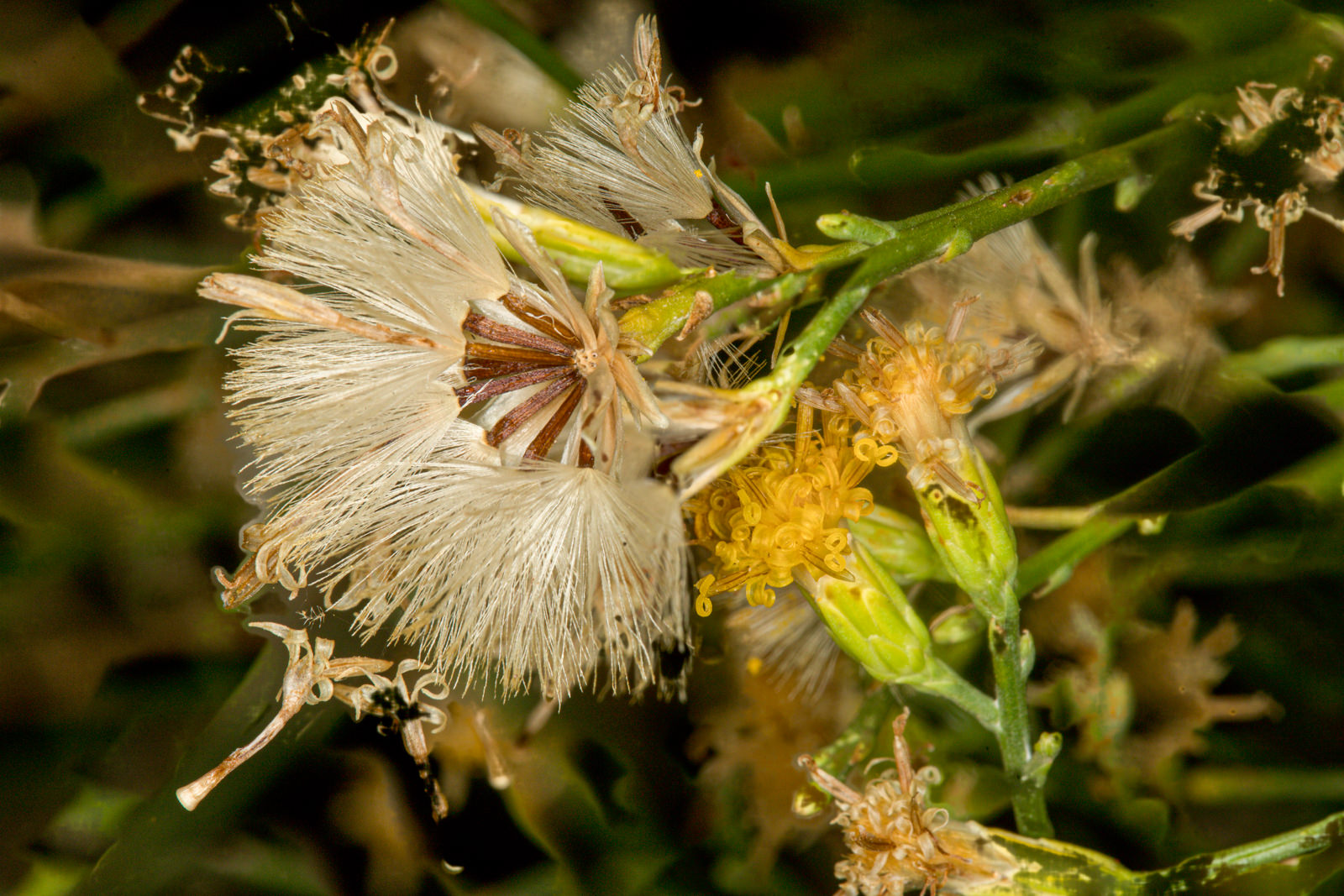 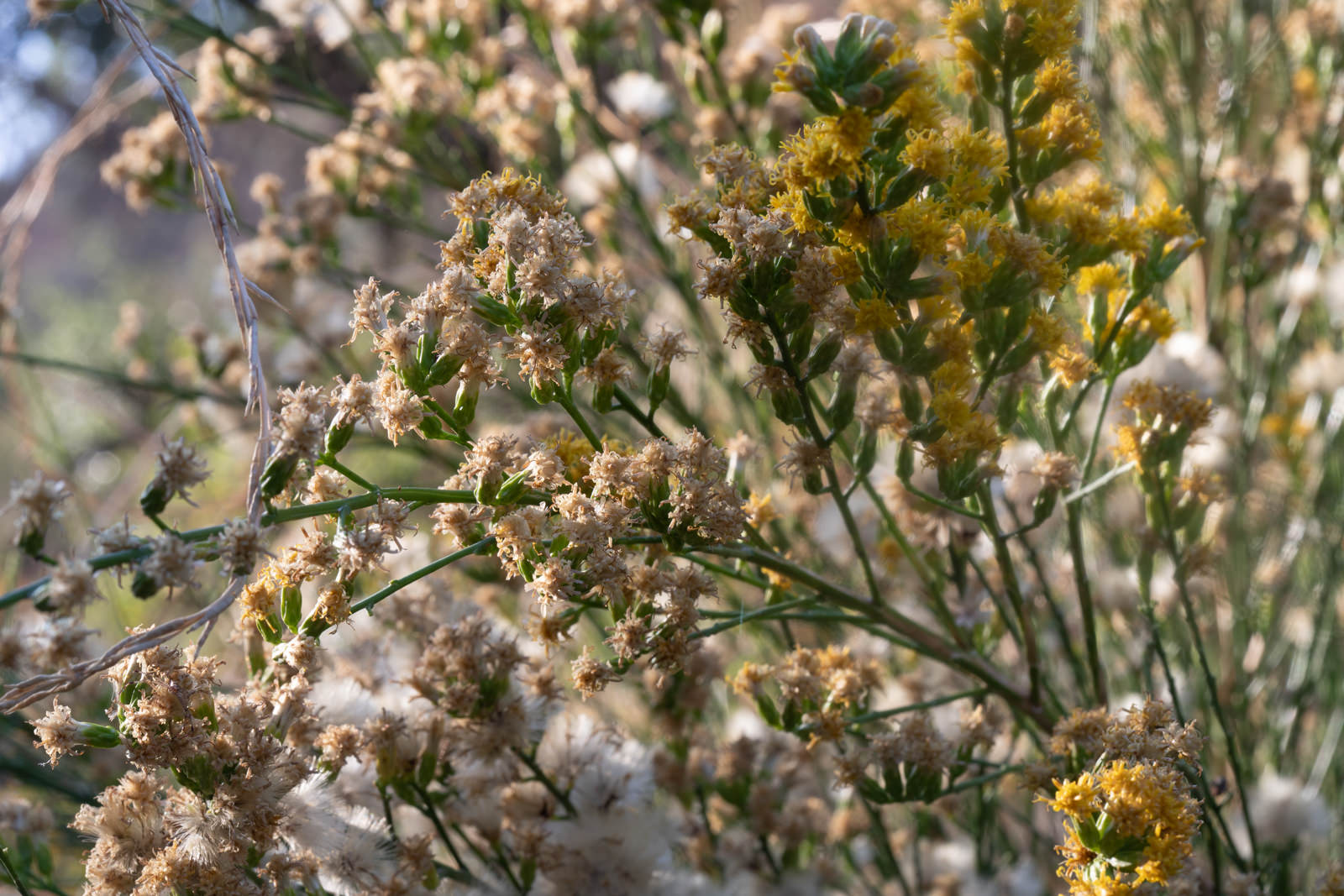 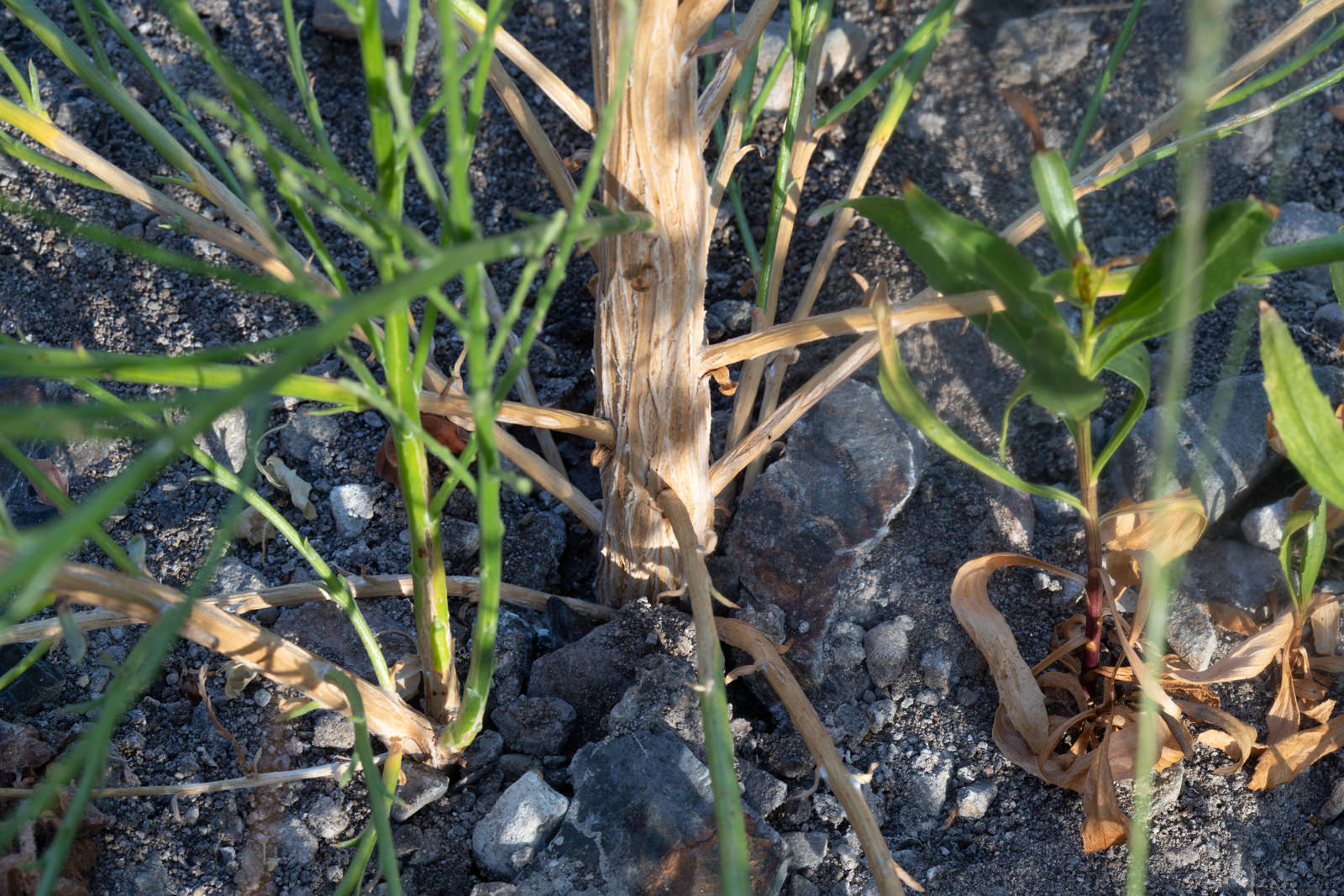 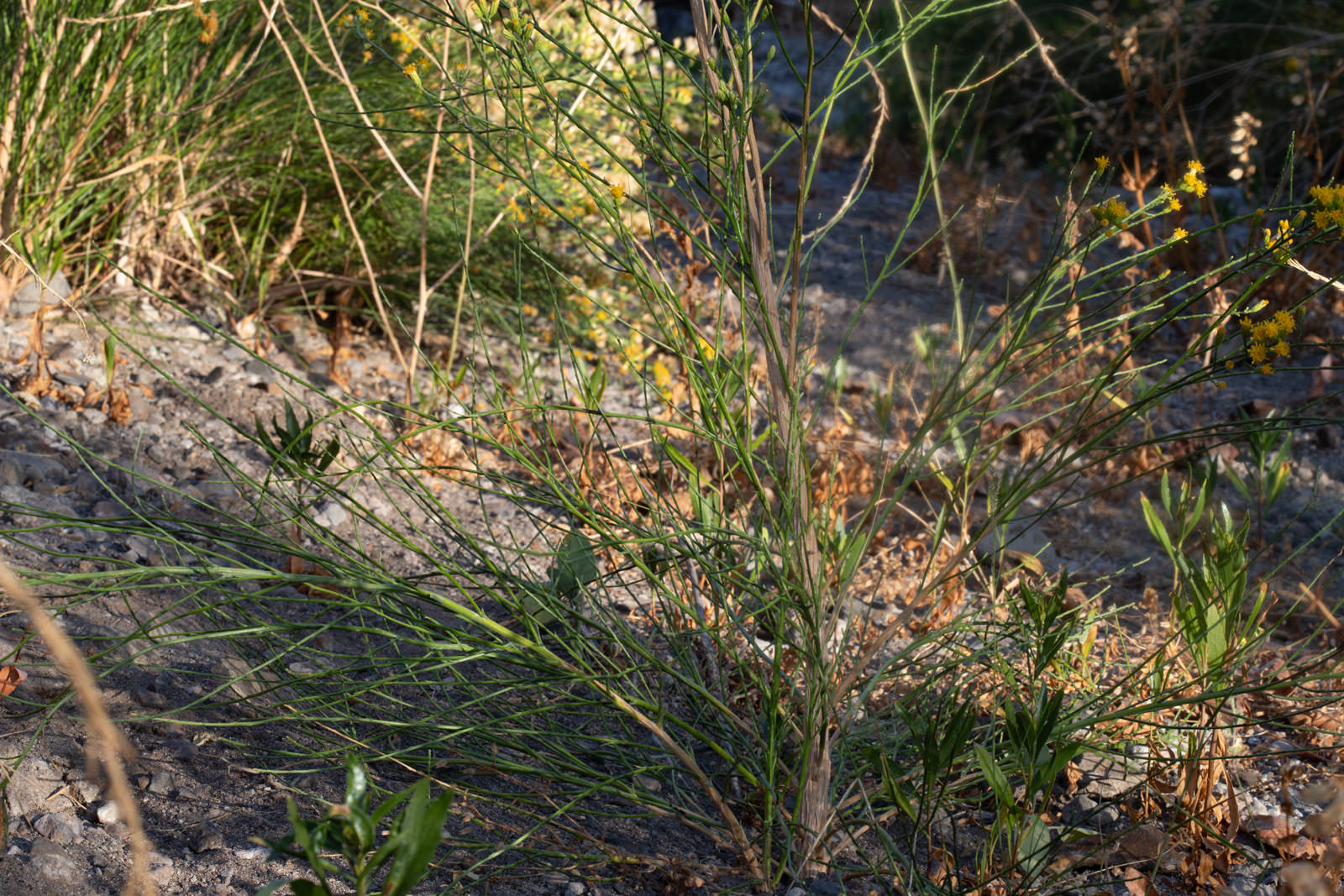 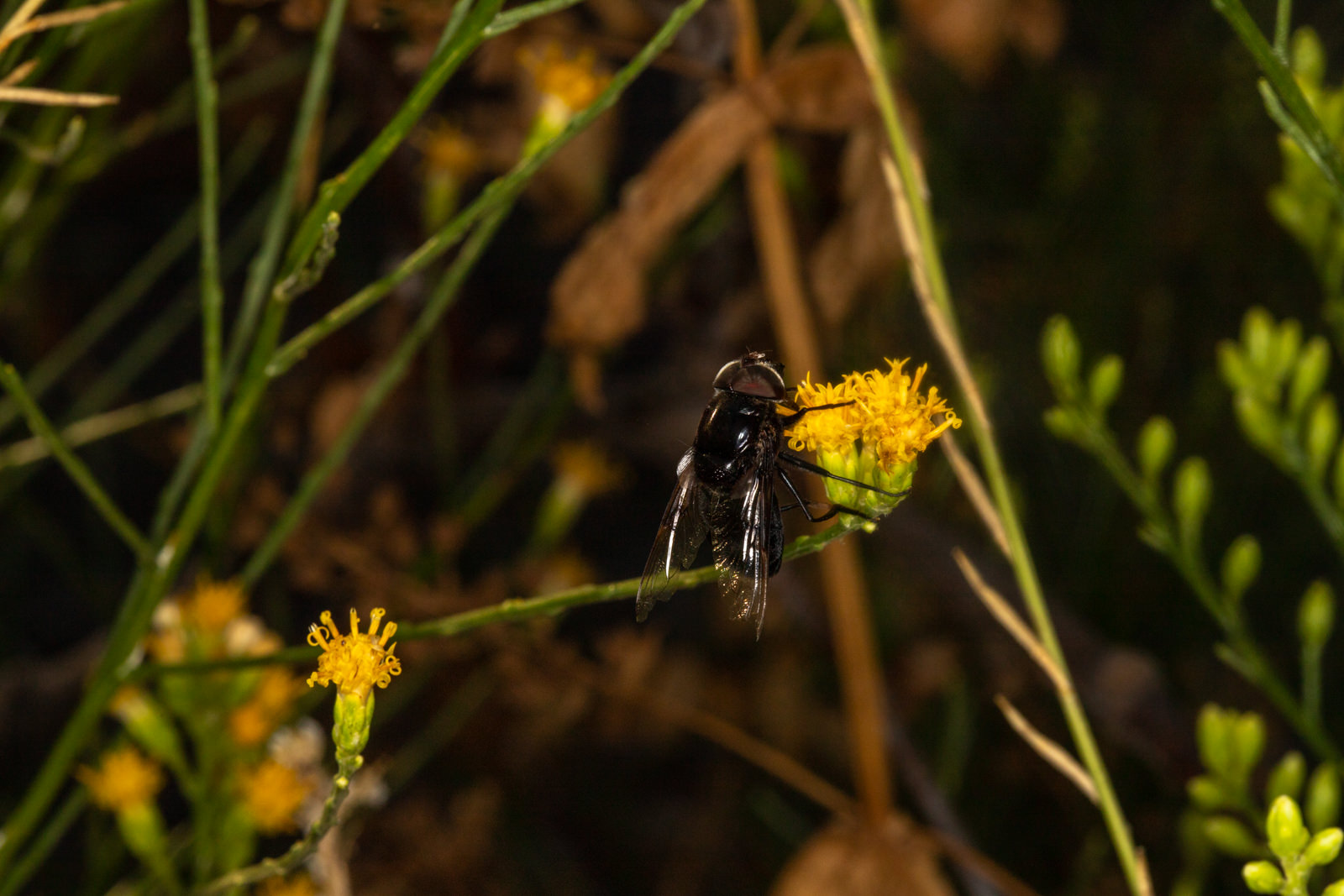 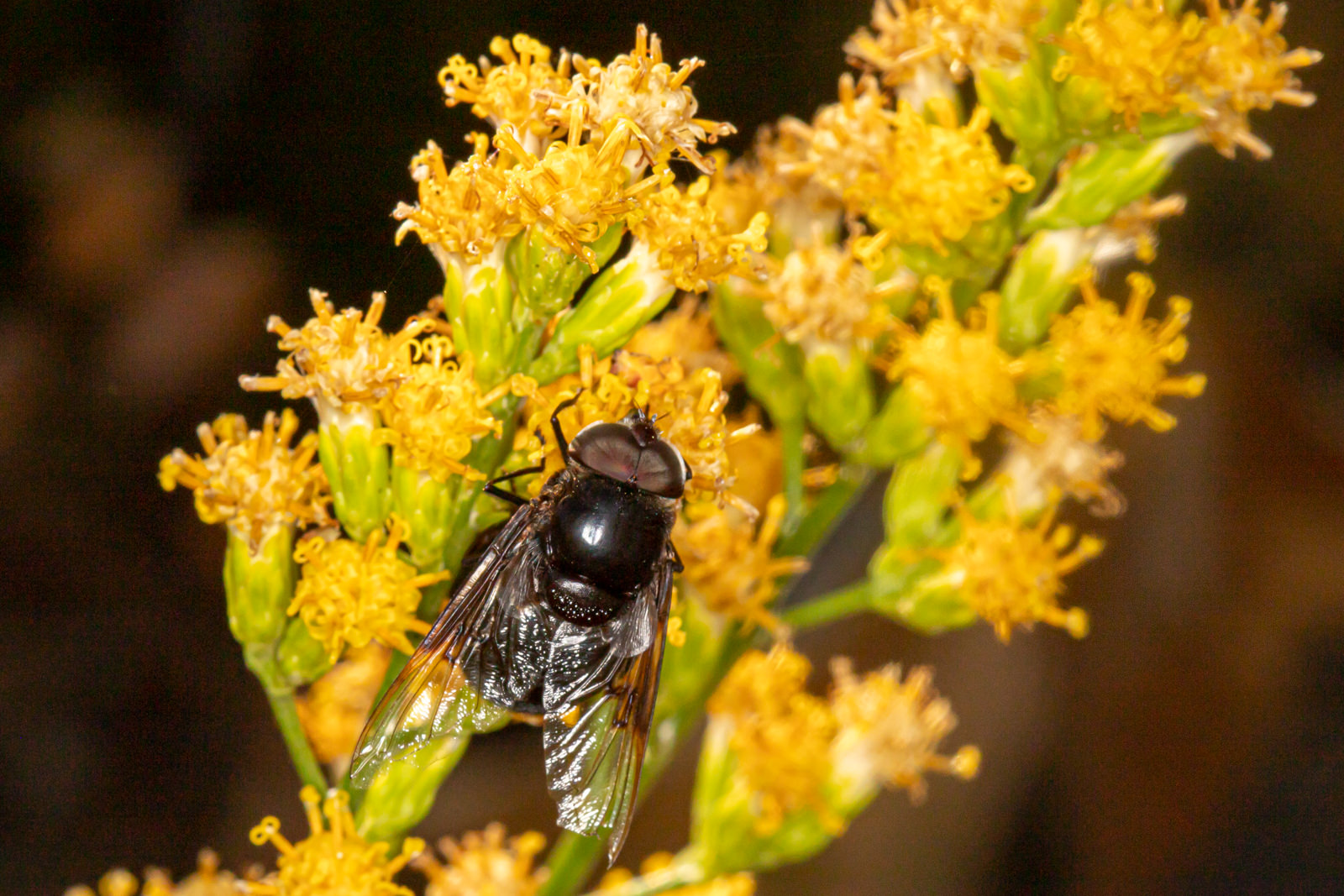 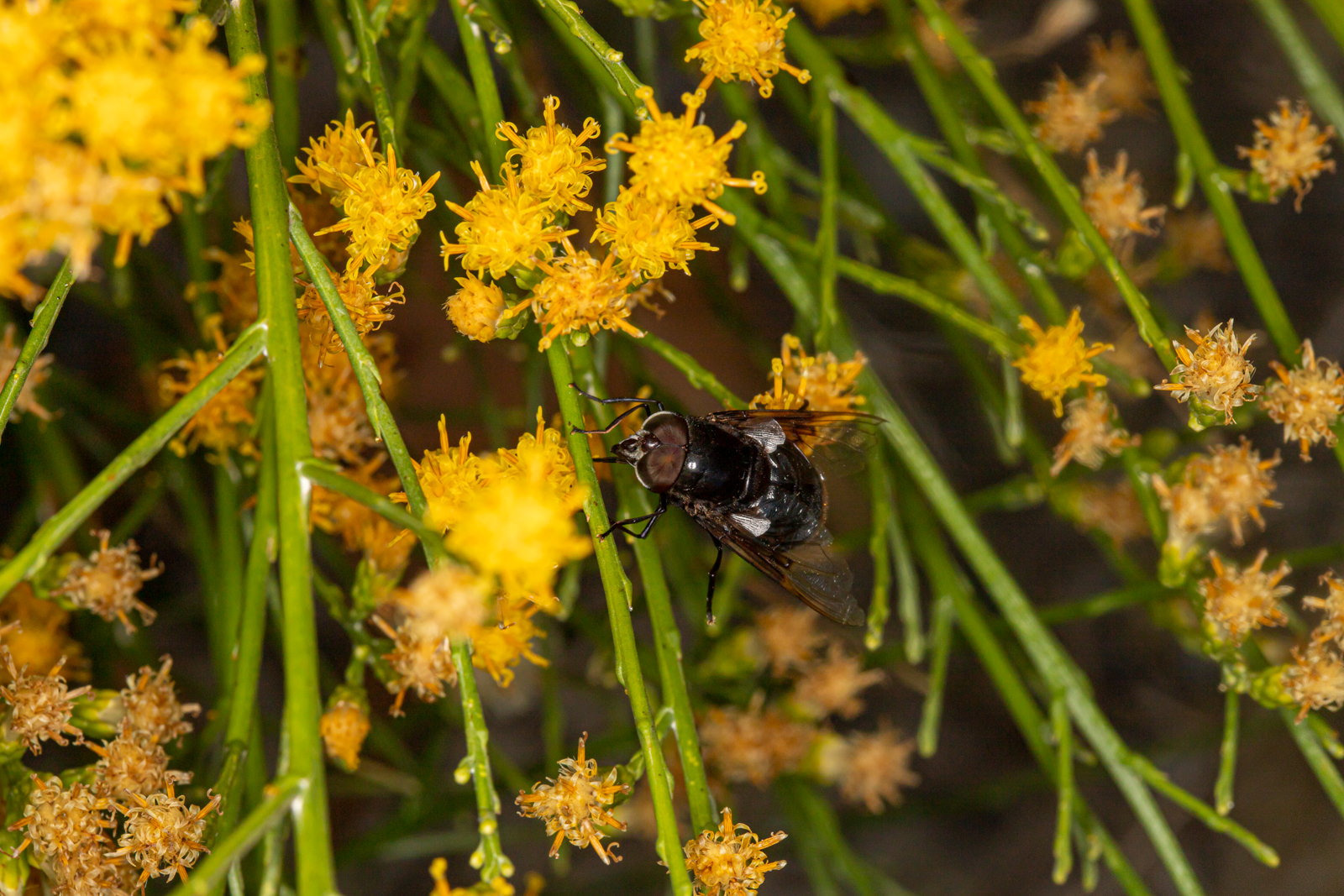 Scale Broom - Lepidospartum squamatum is a well adapted perennial native plant that grows in dry stream beds throughout the Santa Monica Mountains. Found primarily in sandy, gravelly soils at a variety of locations in California and Arizona. Coastal Sage Scrub, Chaparral, Joshua Tree Woodland and Creosote Bush Scrub are preferred habitats. Well adapted to our climate, Scale Broom is very efficient at capturing water by having cobweb like fibers and limits what it loses thru transpiration by having tiny scale like leaves. Most of the year, Scale Broom is not going to catch your attention. Things change during the hot summer months as 100’s of tiny yellow flowers bloom en masse.

Scale Broom is a large shrub that can reach six feet in height usually taking a spreading, rounded form. Coated in hairy fibers, the branches host stubby leaves with a waxy coating no more than 3 millimeters long. Photosynthesis takes place on the stems. The leaves are considered ‘alternate’ and change shape - somewhat oval shaped during the rainy season and then during the summer they are reduced in form to and appear like overlapping scales. These adaptations allow the plant to conserve water and thrive when other plants have become dormant for the season. One result is that this plant is a major pollinator haven when its flowers are blooming. Quietly sit by the plant when it is blooming and you will see bees, butterflies and Tarantula Hawks.

The inflorescence can be a single flower head or small cluster of up to 5 heads at the ends of branches. Flower heads consist of many yellow tubular shaped disk florets but no ray florets. Plants in the Sunflower family can have disk and ray flowers or disk flowers only or ray flowers only. The seeds are dispersed by the wind just like dandelions.

Scale Broom is the native broom plant in our mountains. Interestingly enough the invasive brooms - Spanish Broom and French Broom are members of the pea family. Similar leaves and form, similar flower color but different flower form! The more you about native plants the better your observations of them will be.

Over time a Cost Benefit Analysis of sorts has been done. The best choice for one species may not work for another. Plants that bloom in the late Summer or Early Fall have less competition for pollinators but more limited access to water. There is a cost for limiting transpiration. Water loss from photosynthesis occurs during the exchange of gasses (carbon dioxide and oxygen); less transpiration reduces the amount of conversion to oxygen and organic compounds that feed the plant. Trading faster growth and seed production for drought tolerance and the chance of more successful pollination has worked for the continuation of this species.

Notes on the common name : leaves appear as tiny "scales" on the branches during dry months. This characteristic, along with the fact that Native Americans used the stick-like branches to make brooms, gave rise to its nickname.

Link to Calfora.net - the best source of this fascinating information! Lepidospartum: from two Greek words lepis, meaning "scale," and sparton, the broom shrub, hence meaning "broom-scale" or "scalebroom." The genus Lepidospartum was published by Asa Gray in 1883. squamata/squamatum/squamatus: scaly.