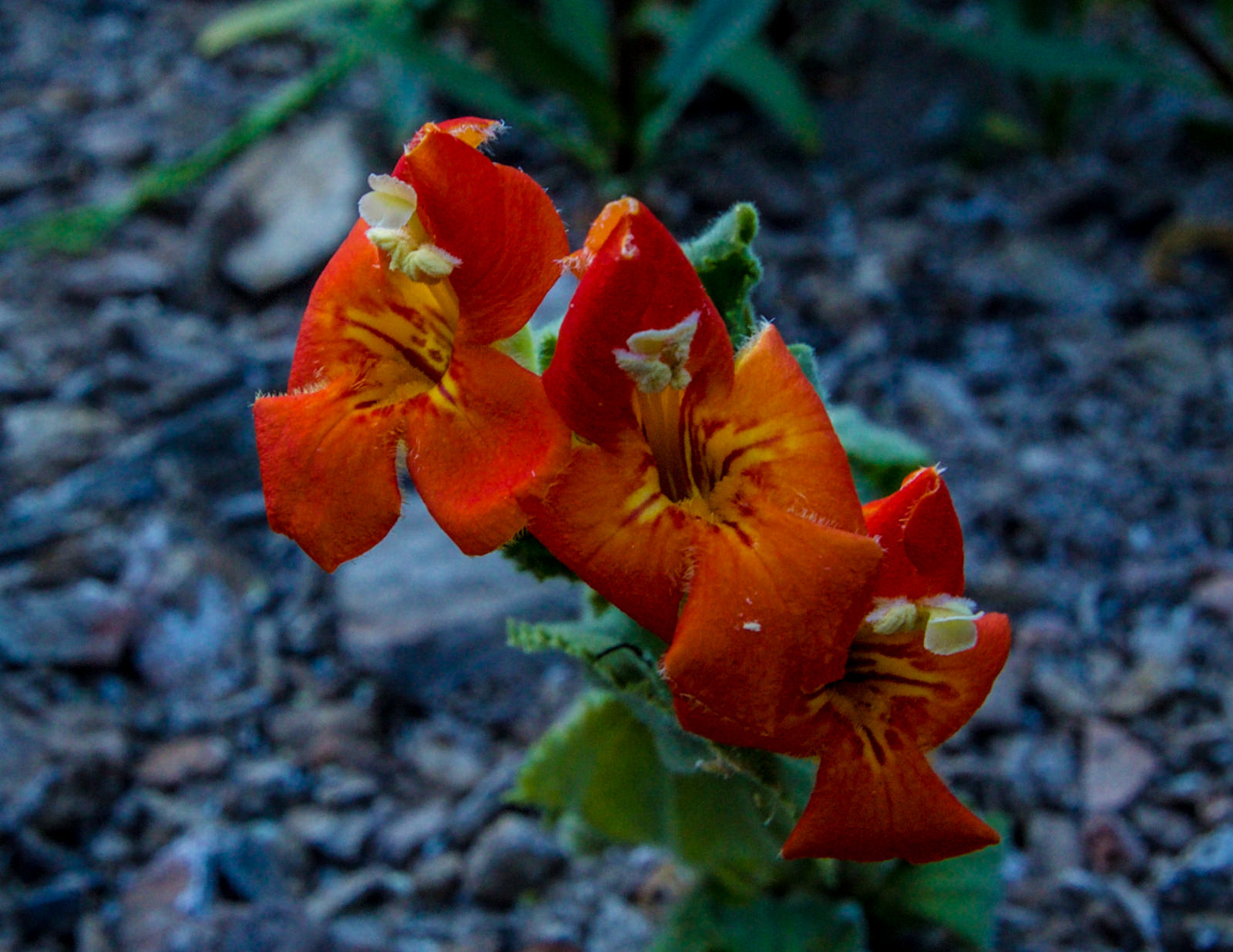 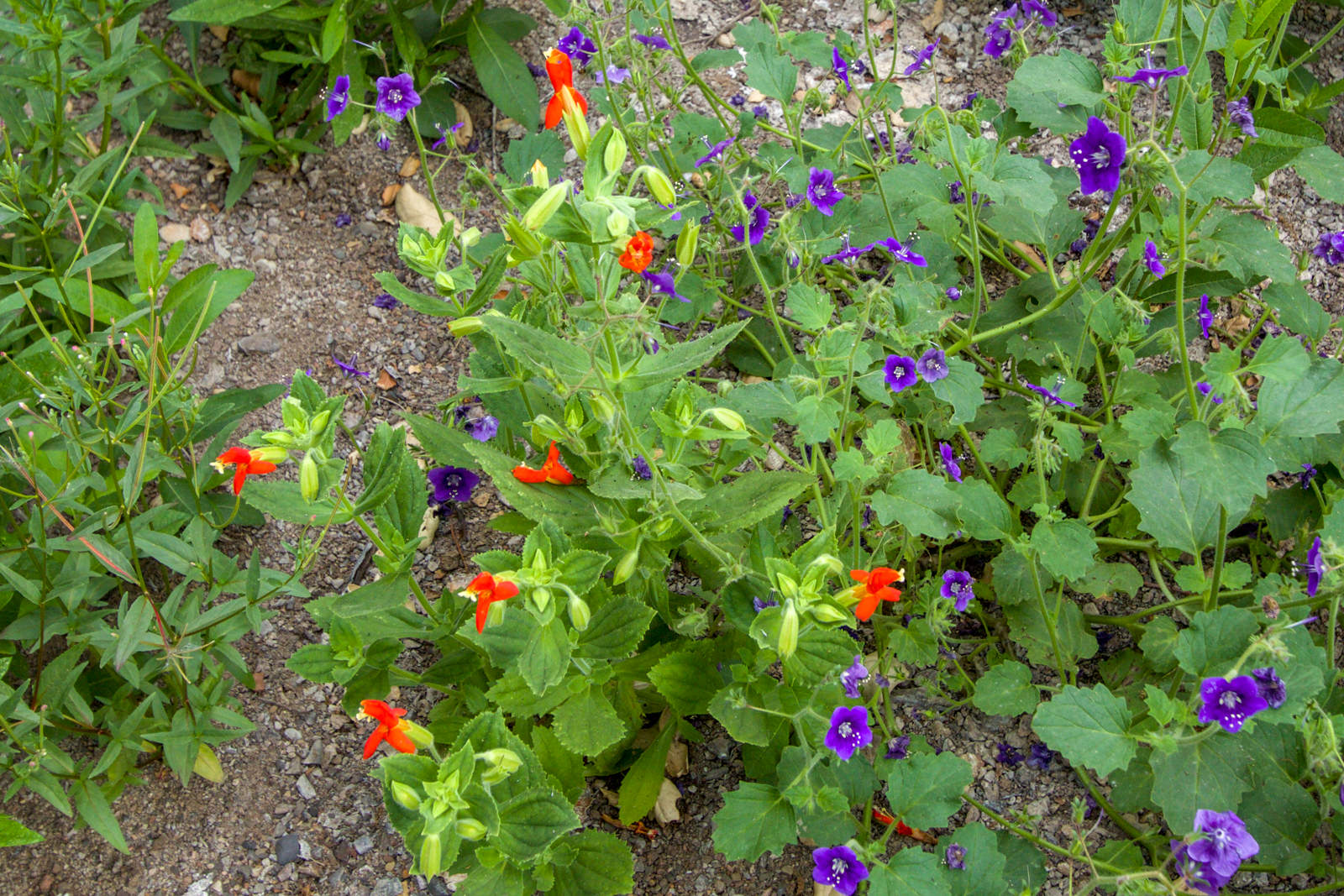 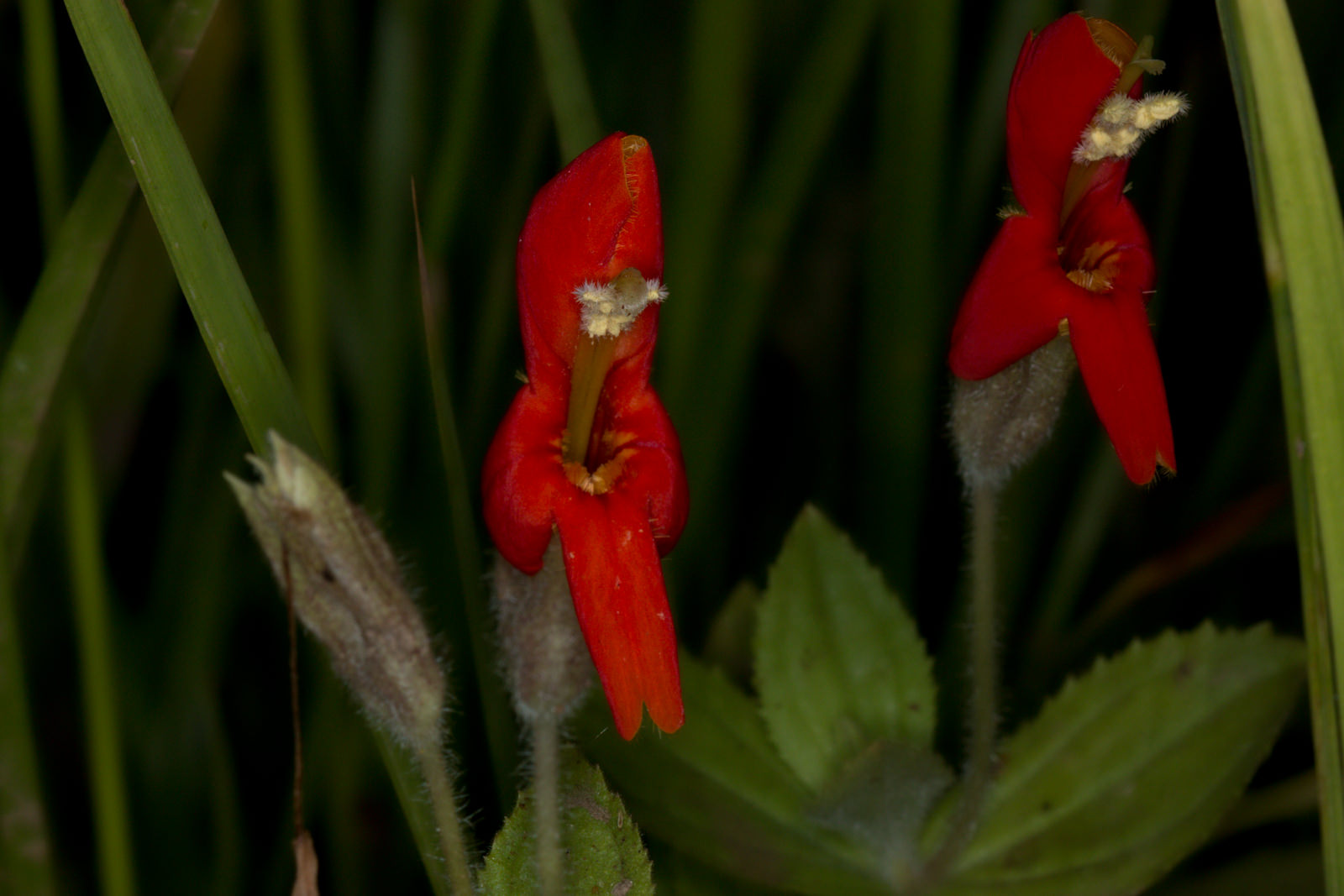 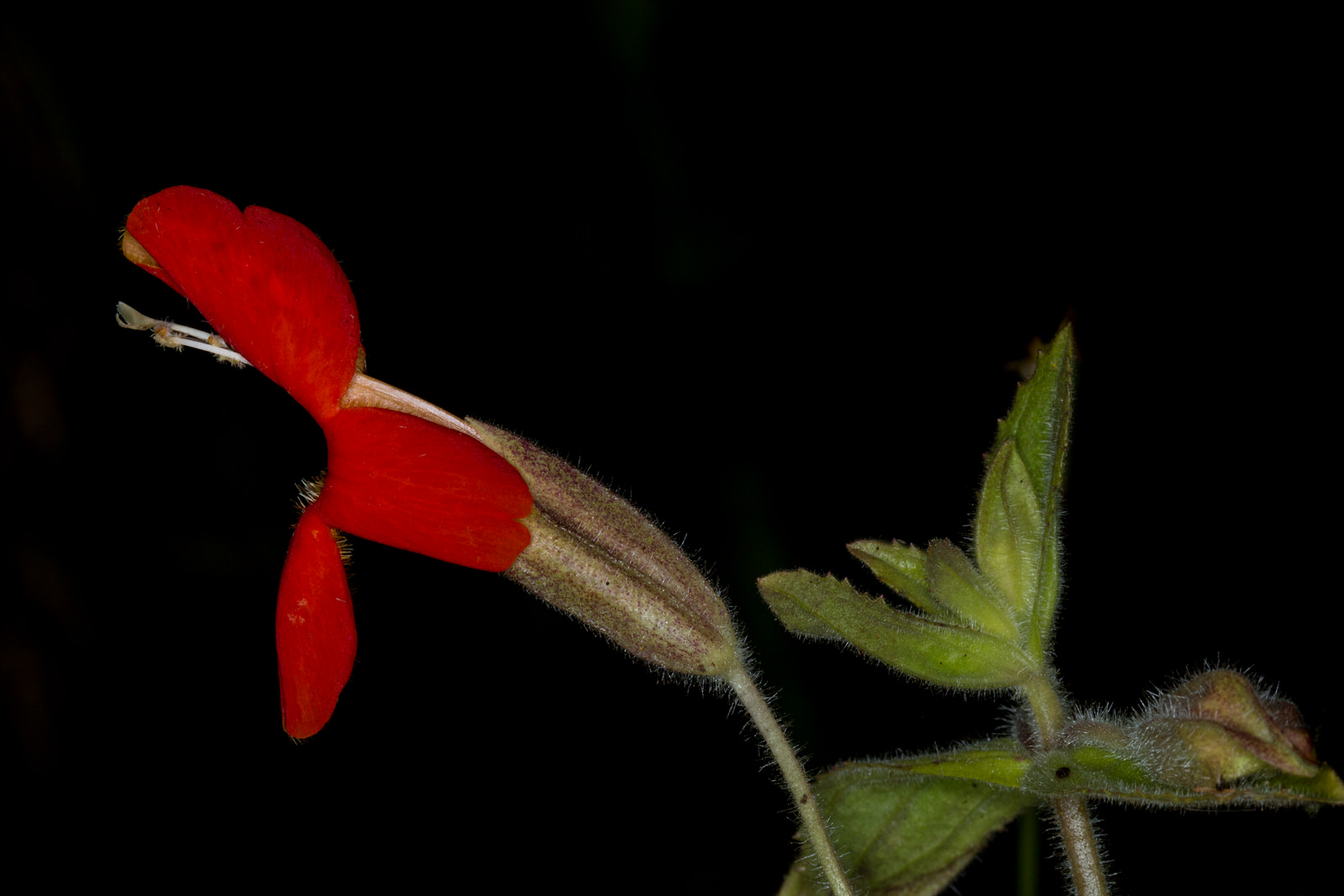 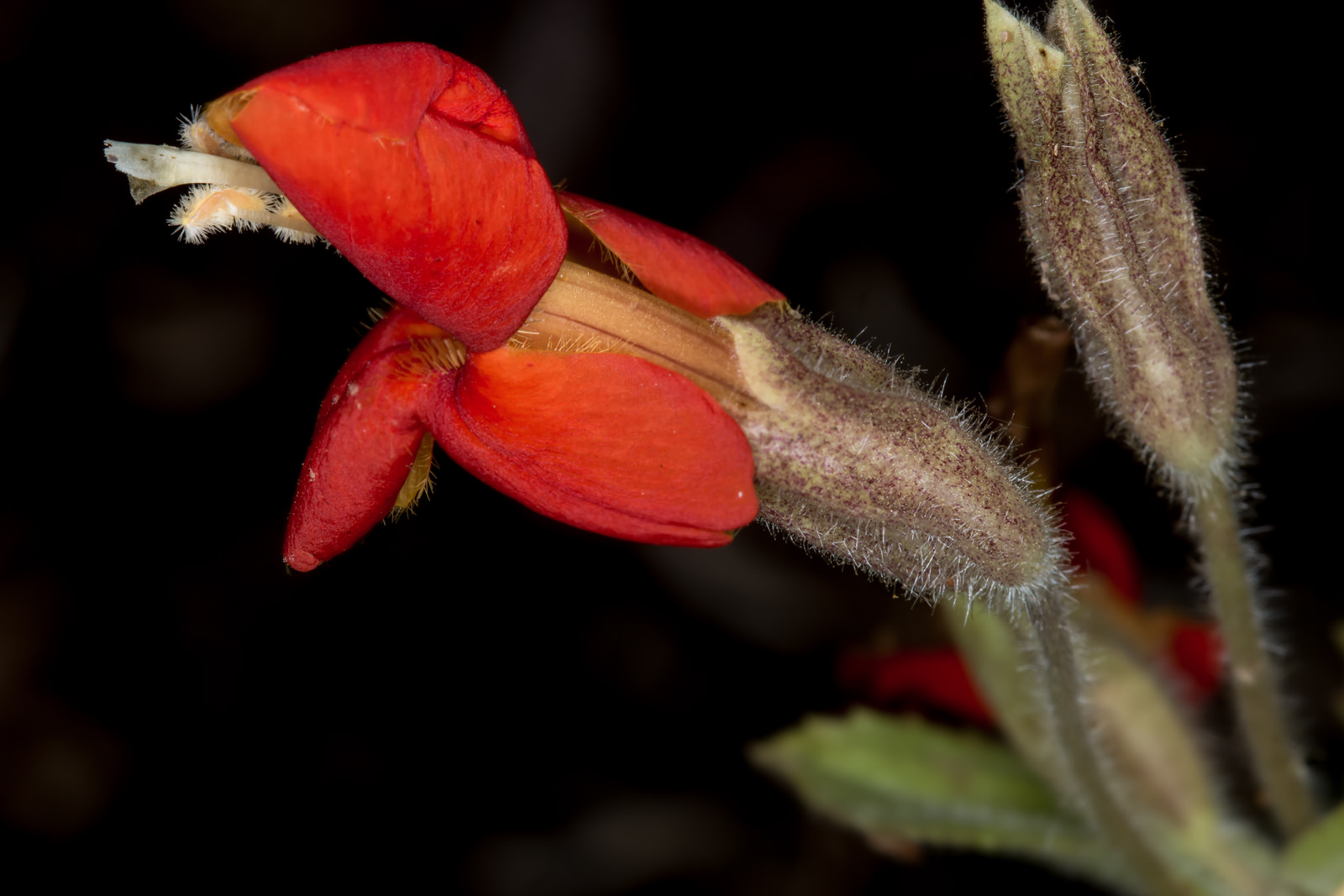 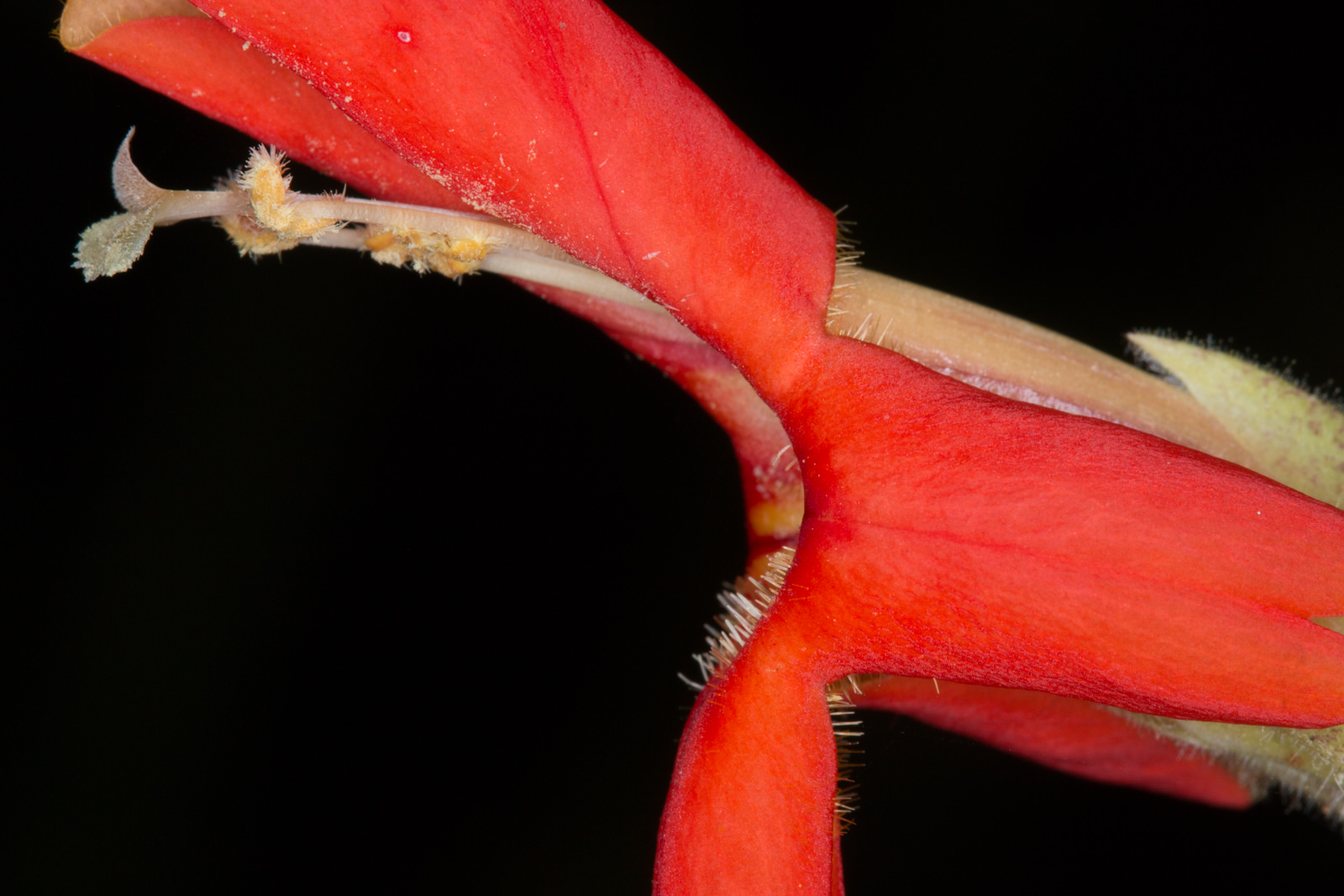 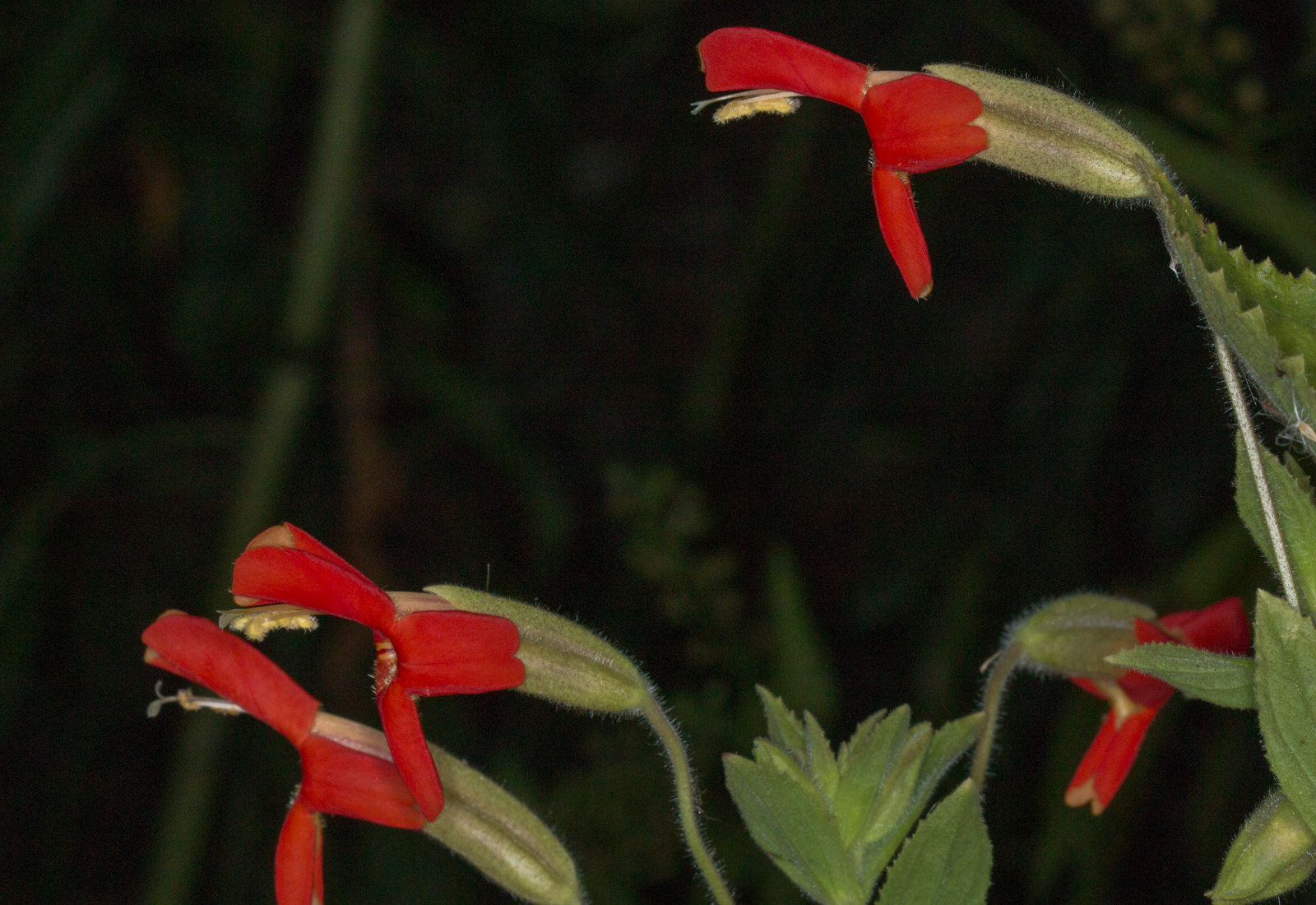 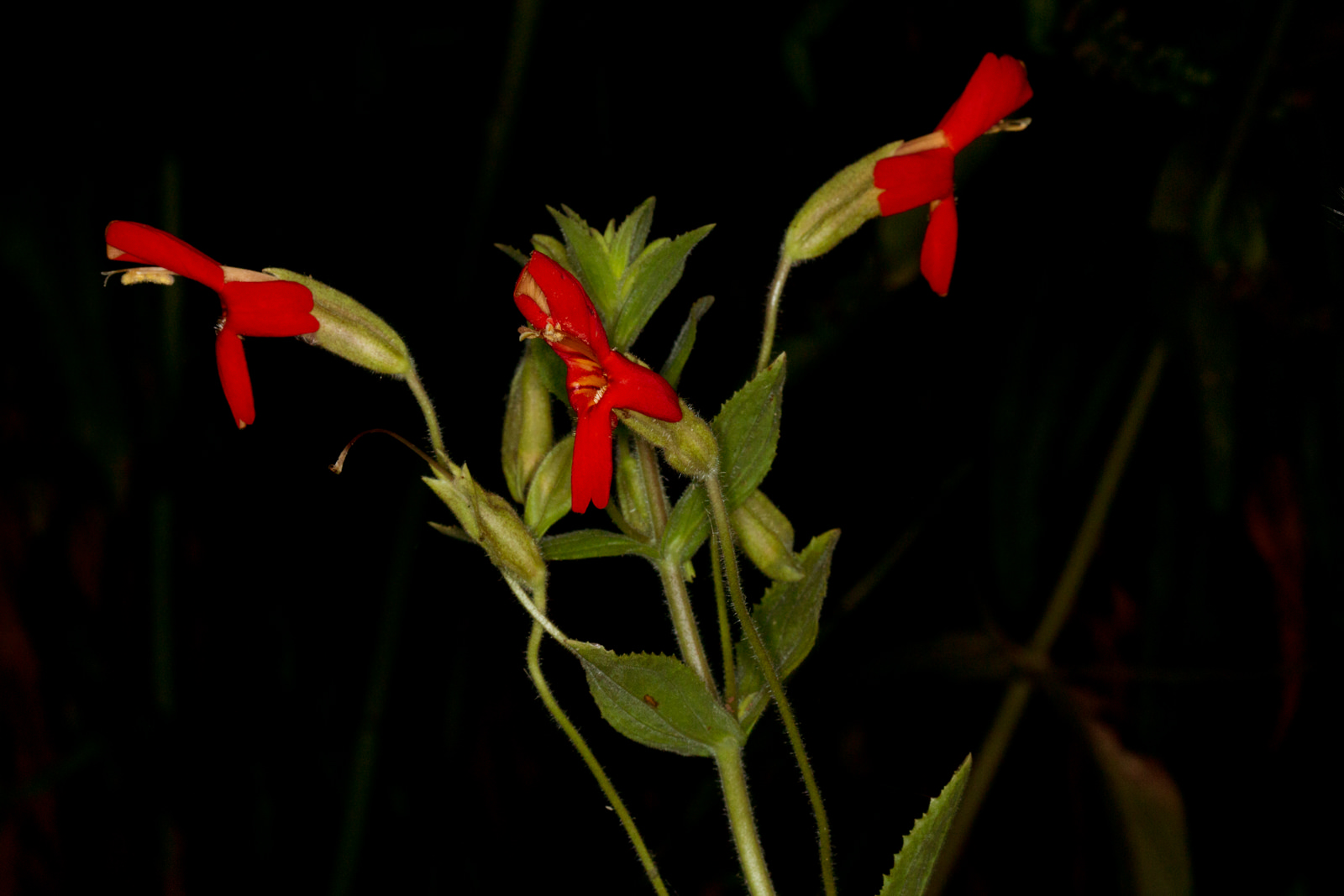 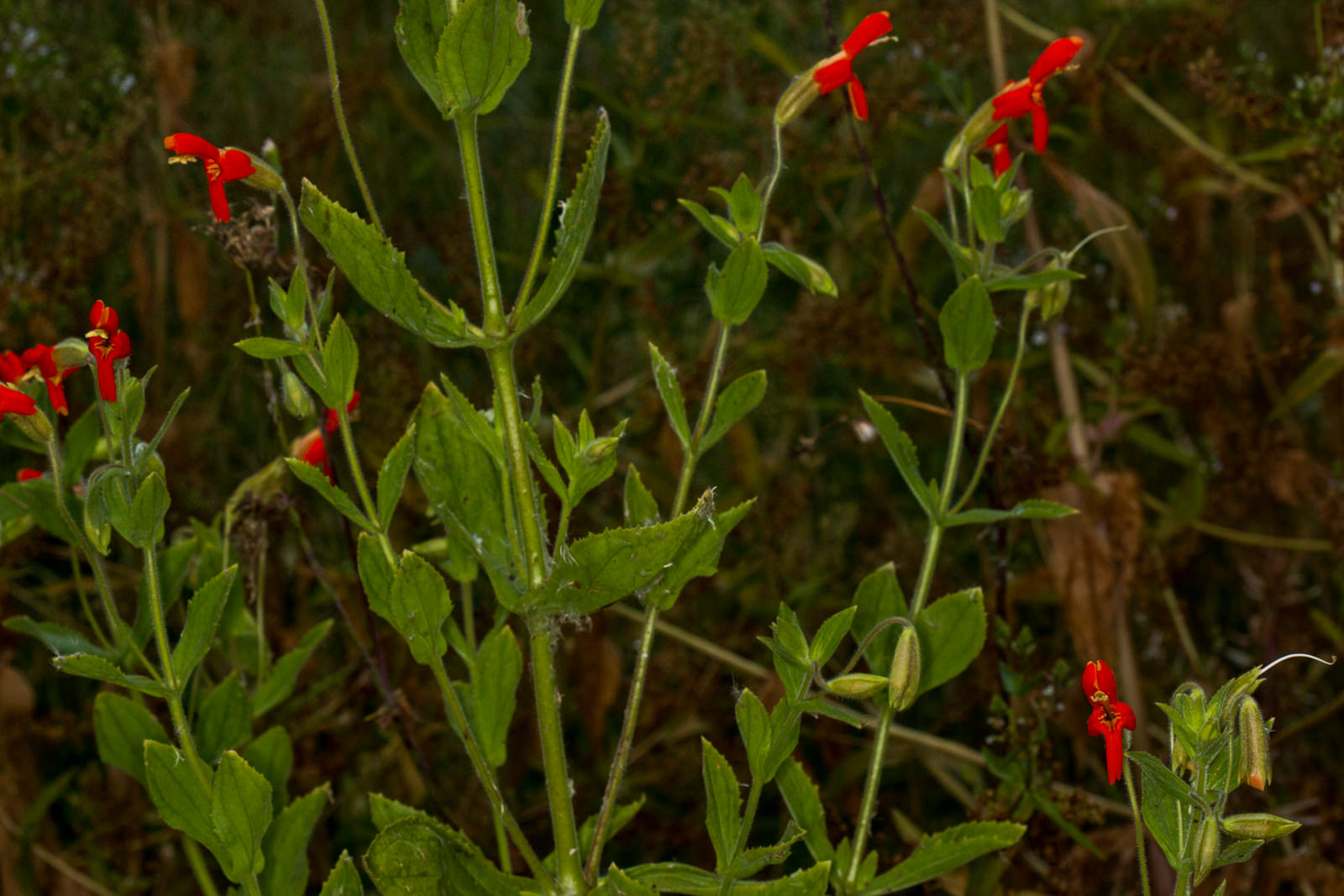 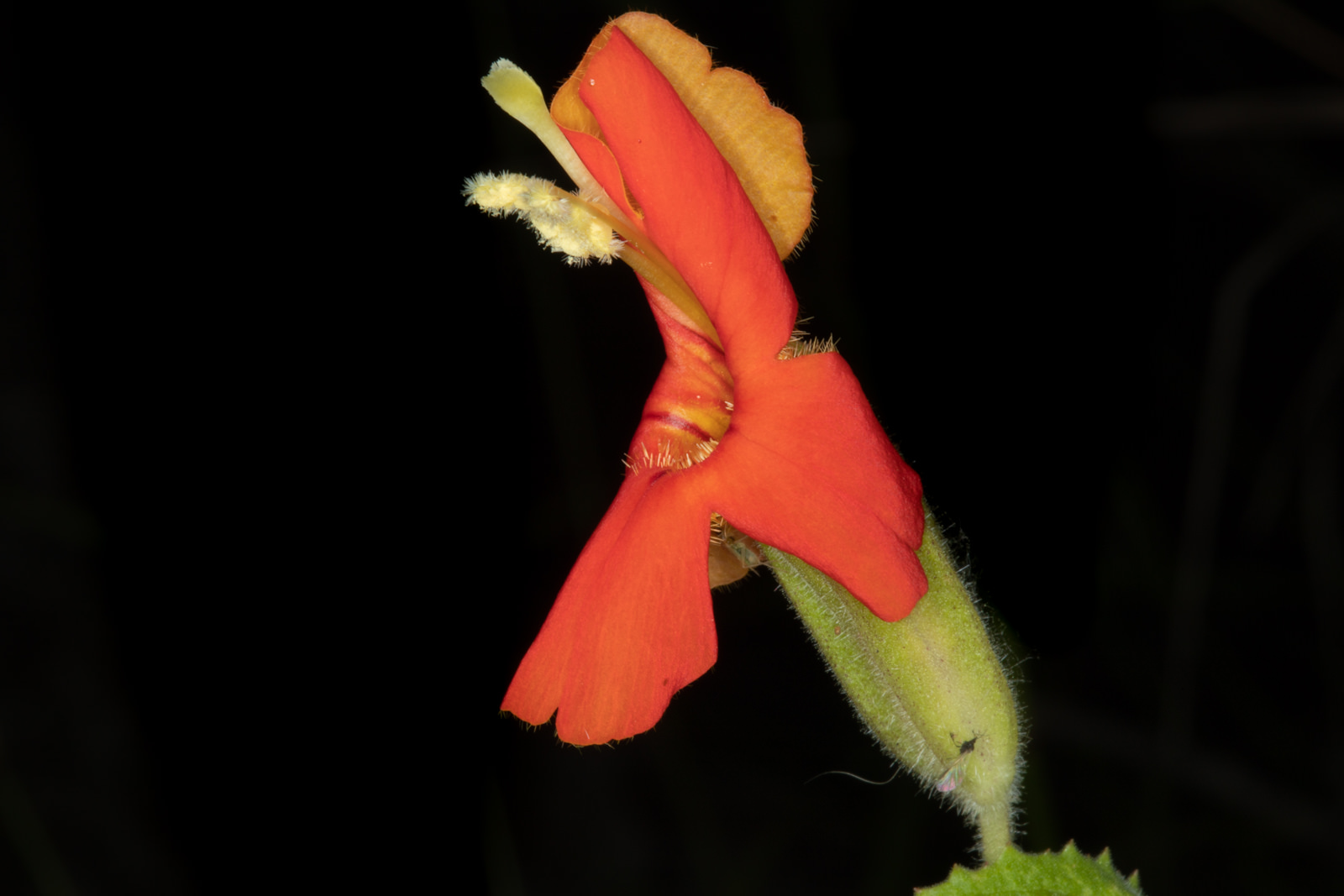 Scarlet Monkey Flower Erythranthe cardinalis is a bright red California Native perennial that makes its home alongside wet soils near creekbeds, seeps or springs. The botanical name has been changed to reflect recent research. Mimulus cardinalis is now Erythranthe cardinalis. Monkey Flowers have been divided into two groups - based upon where they are found. The Creek and Scarlet Monkey Flowers live in Riparian environments while Bush and Yellow Monkey Flowers along rocky slopes. This plant found in western states was one of the first western plants brought back to European gardens in the 1800's. The introduction of this species created a huge demand from gardeners obsessed with having Western flowers. Read more about that in this fascinating article

Flowers contain five petals fused into a two-lipped corolla with two petals up and three below which and thus symmetrical bilaterally. The yellow to white throat adds the right amount of contrast to create a stunning visual in the Summer when so many other flowers have already gone to seed. Four anthers and a pistil with a conspicuous two part stigma make up the reproductive organs. Flowers are typical for plants that prefer hummingbirds, for they are red in color and are rich in nectar. Hummingbirds hover while feeding so the stigma and anthers are situated for the corolla tube to contact the bird’s forehead. Pollen is transported on the hummingbirds forehead to other Scarlet Monkey Flowers. Peak bloom period is May to September.

Native American uses: stems and stalks were used for food and used to make a wash for newborns Source.

Link to Calfora.net - the best source of this fascinating information! Name Origin: Erythranthe: : from Greek erythros, "red," and anthos, "flower," the only species in this genus when it was first published in 1840 by Édouard Spach being Erythranthe (Mimulus) cardinalis. (ref. genus Erythranthe) cardinalis: red, possibly referring to the color of the garb worn by cardinals (is it only a coincidence that the red bird is called a cardinal?).