Plant of the Month - Star Lily 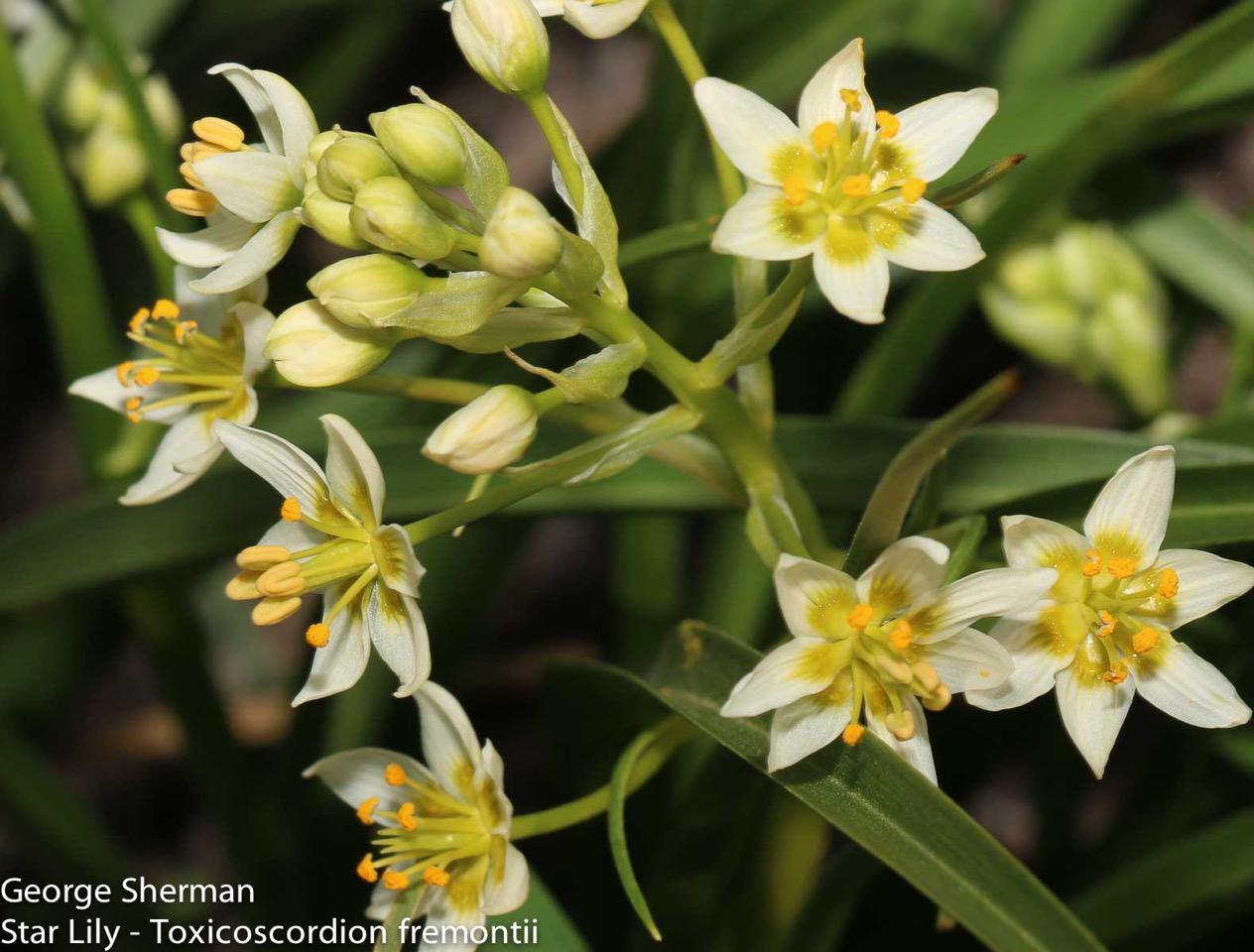 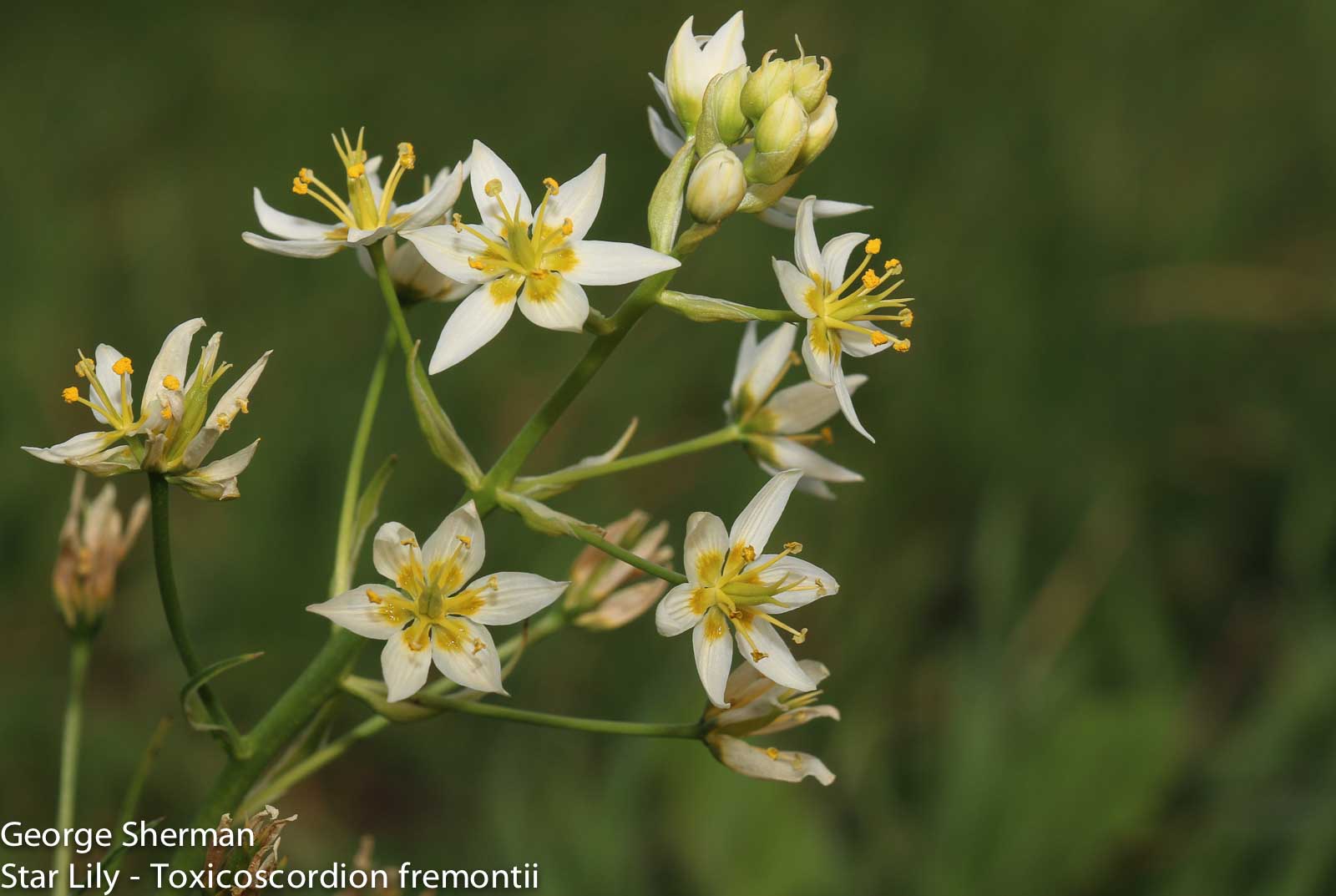 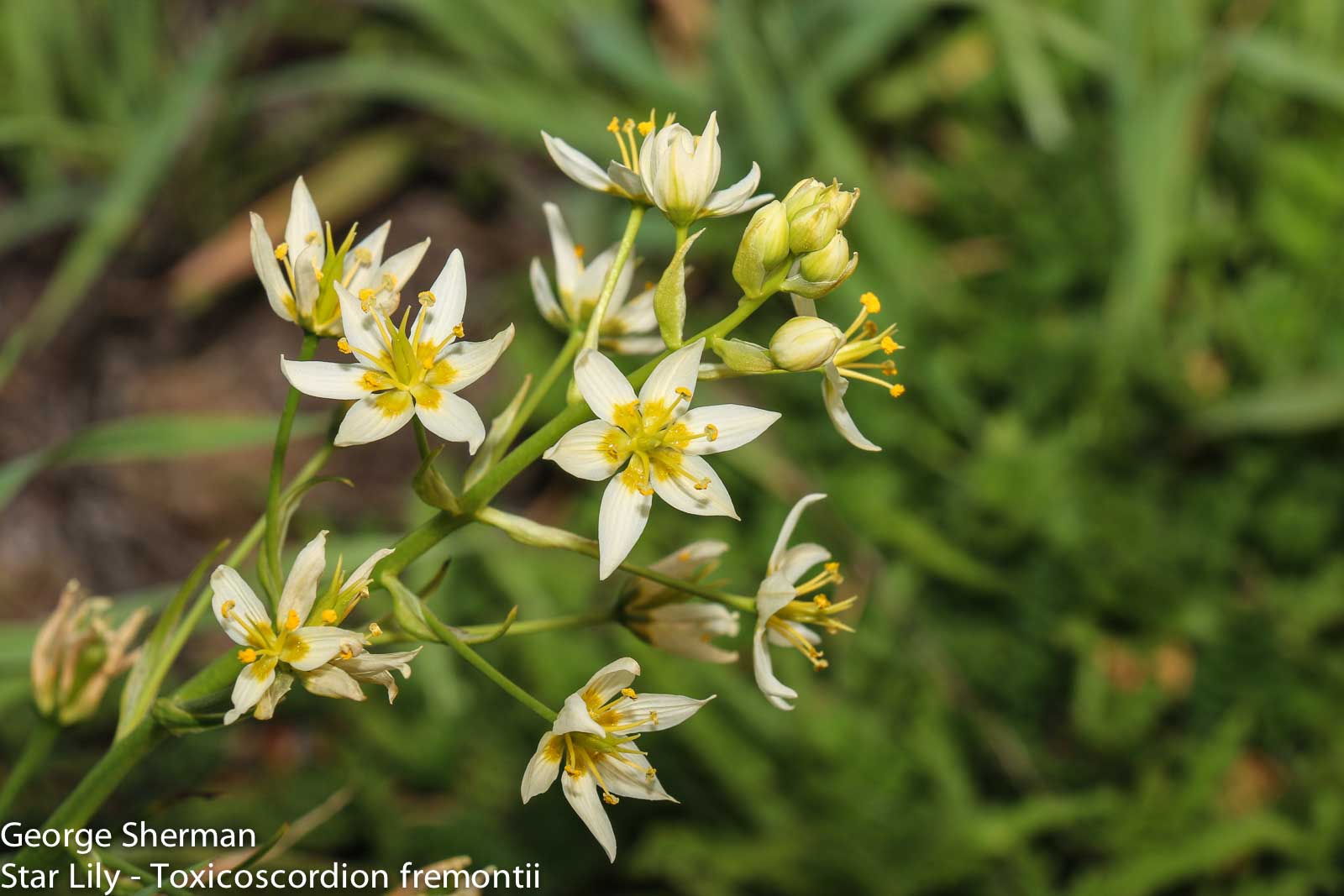 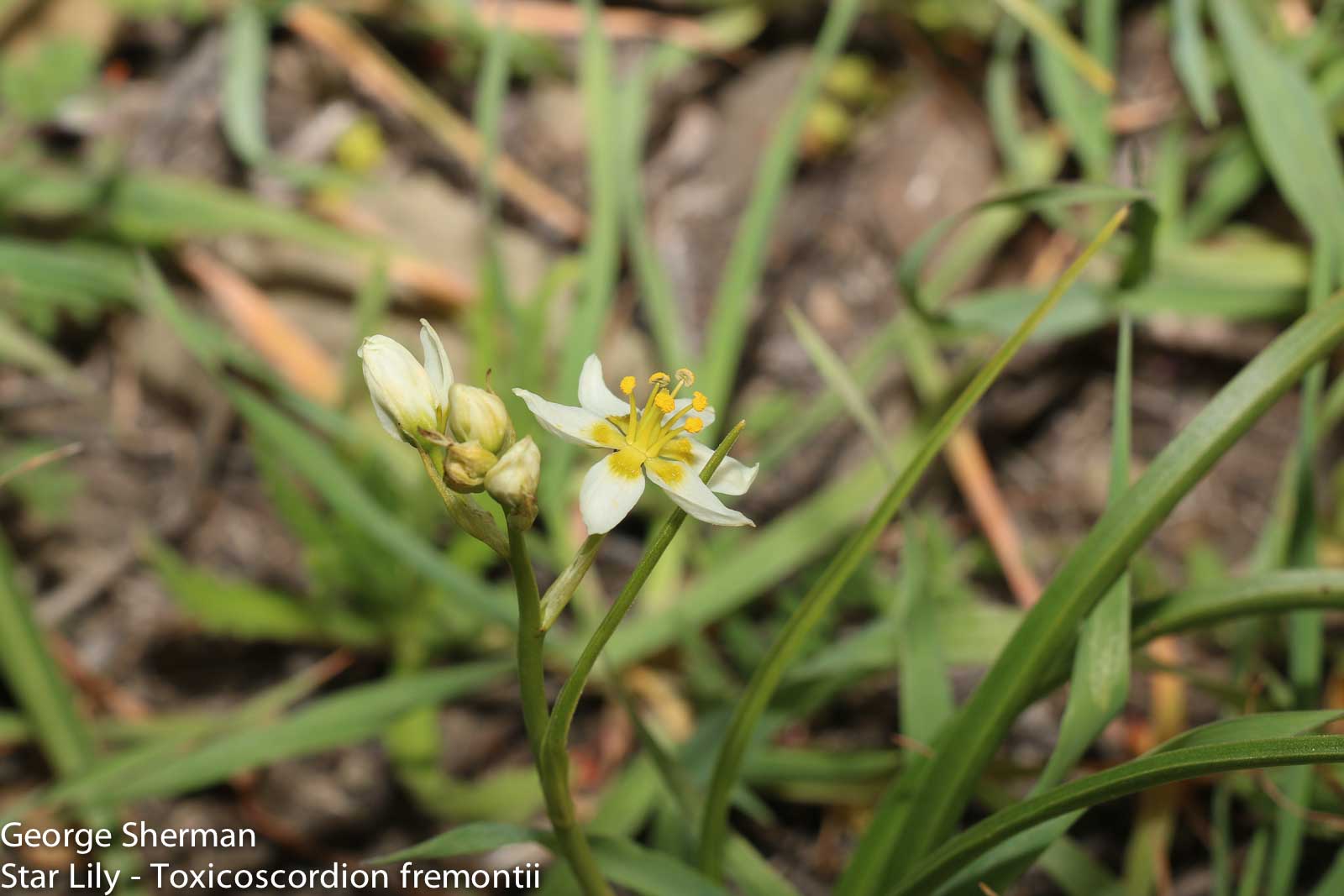 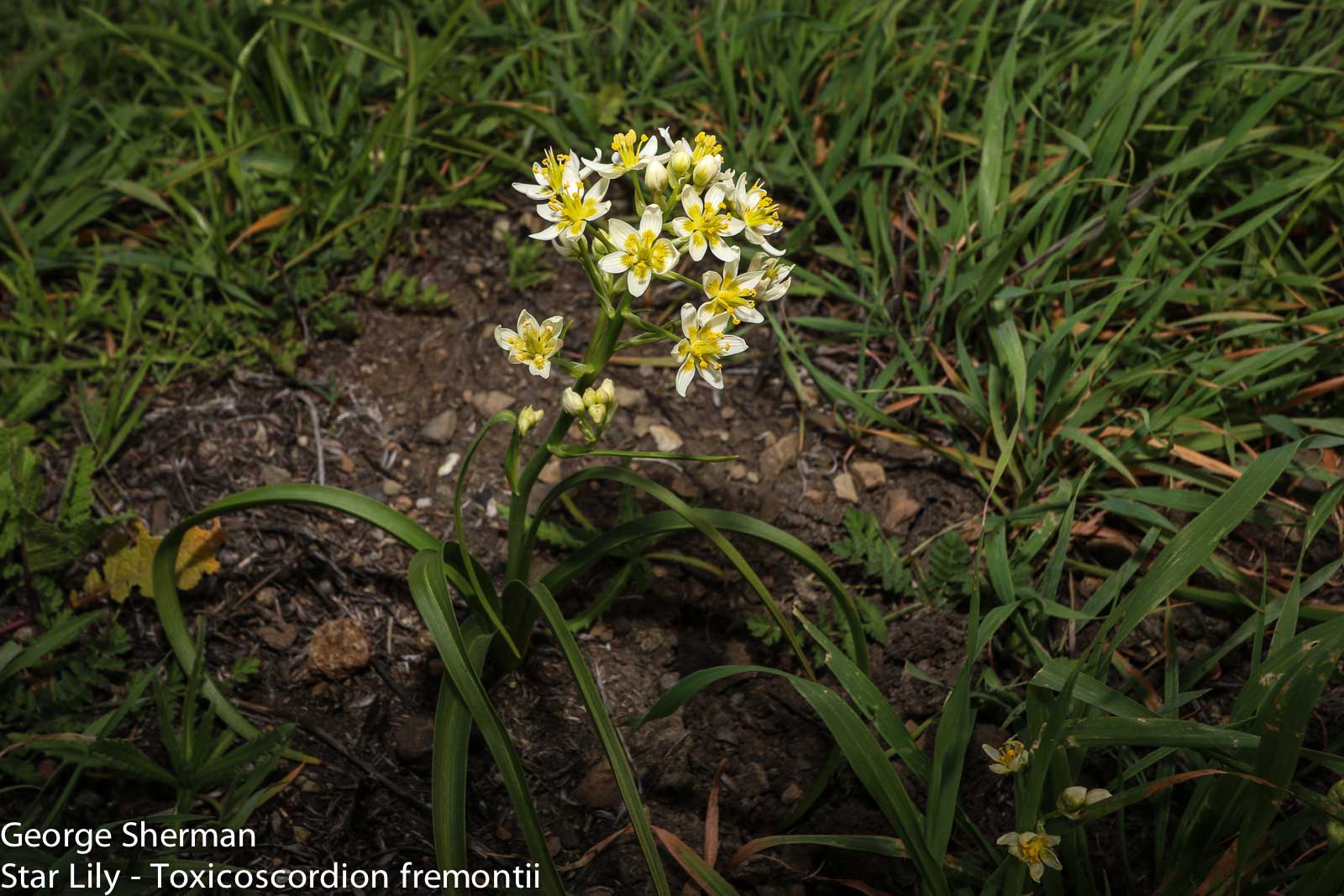 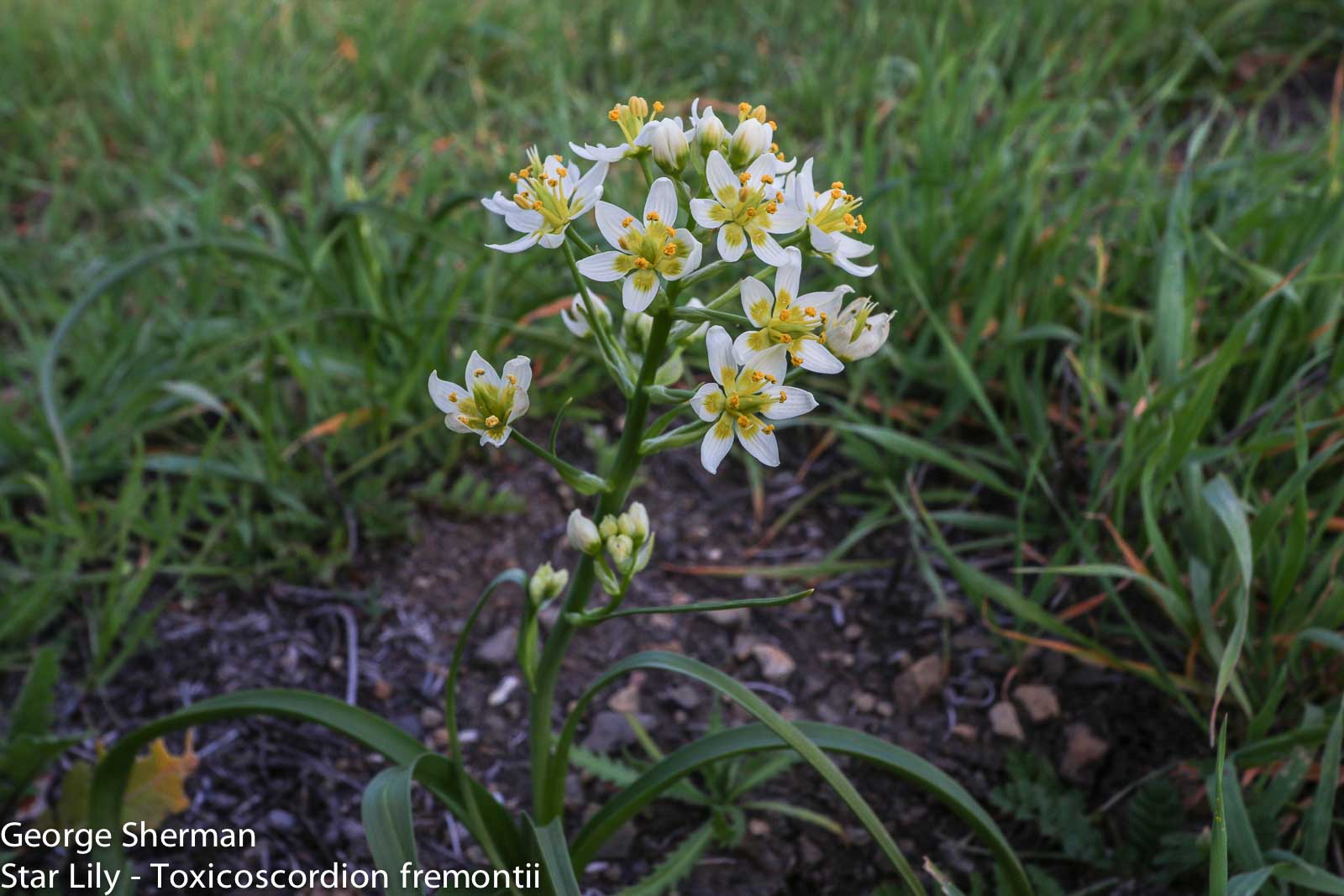 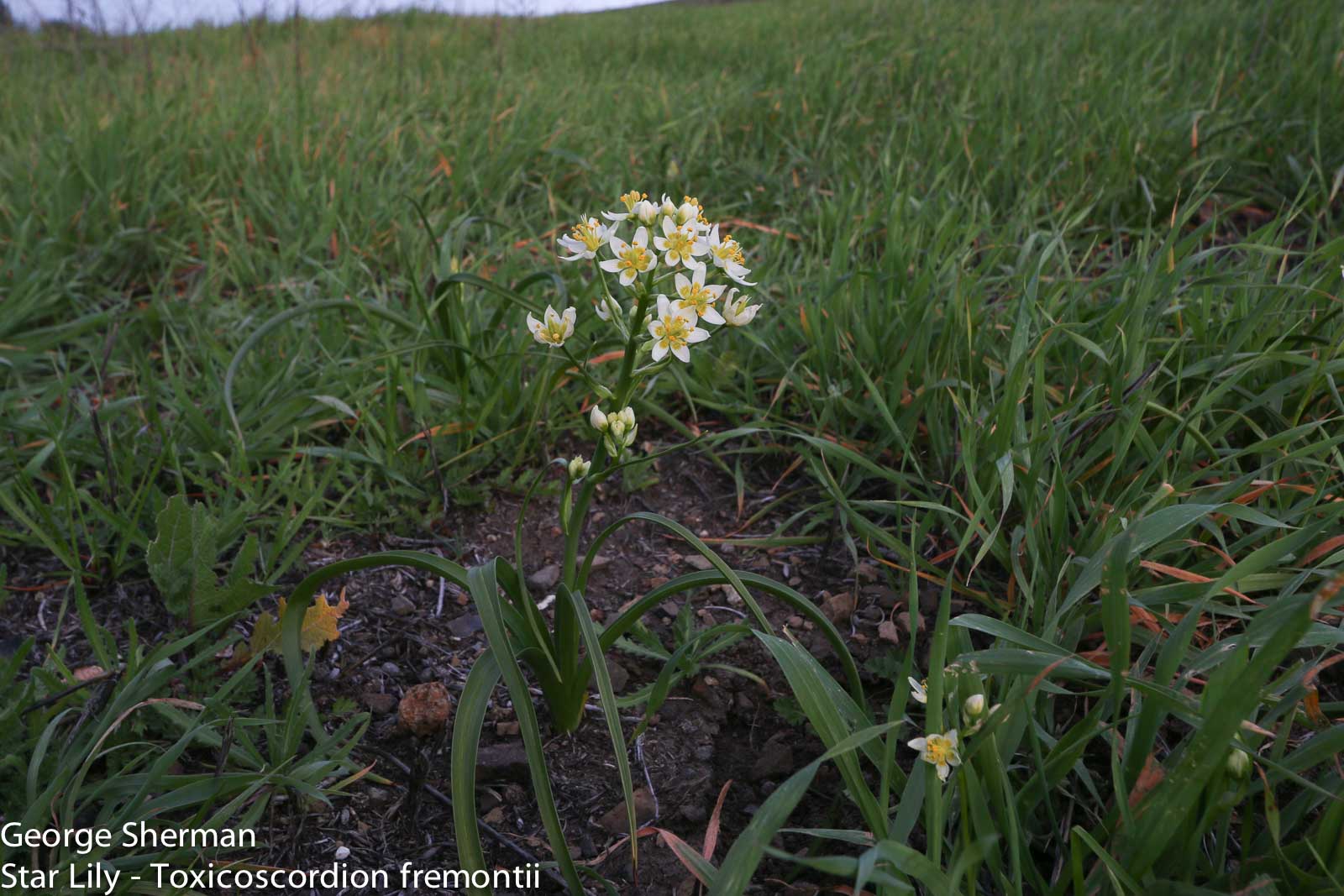 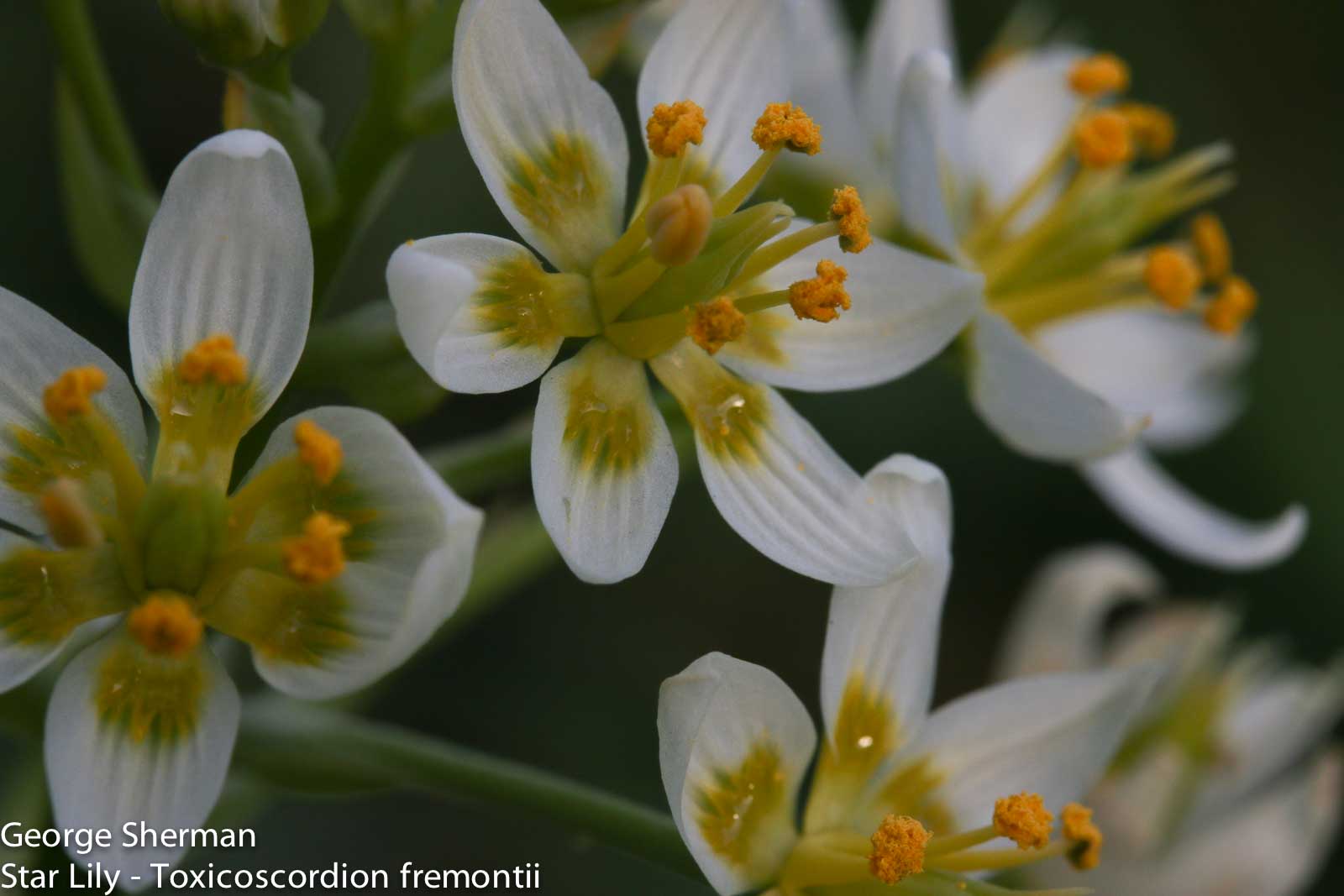 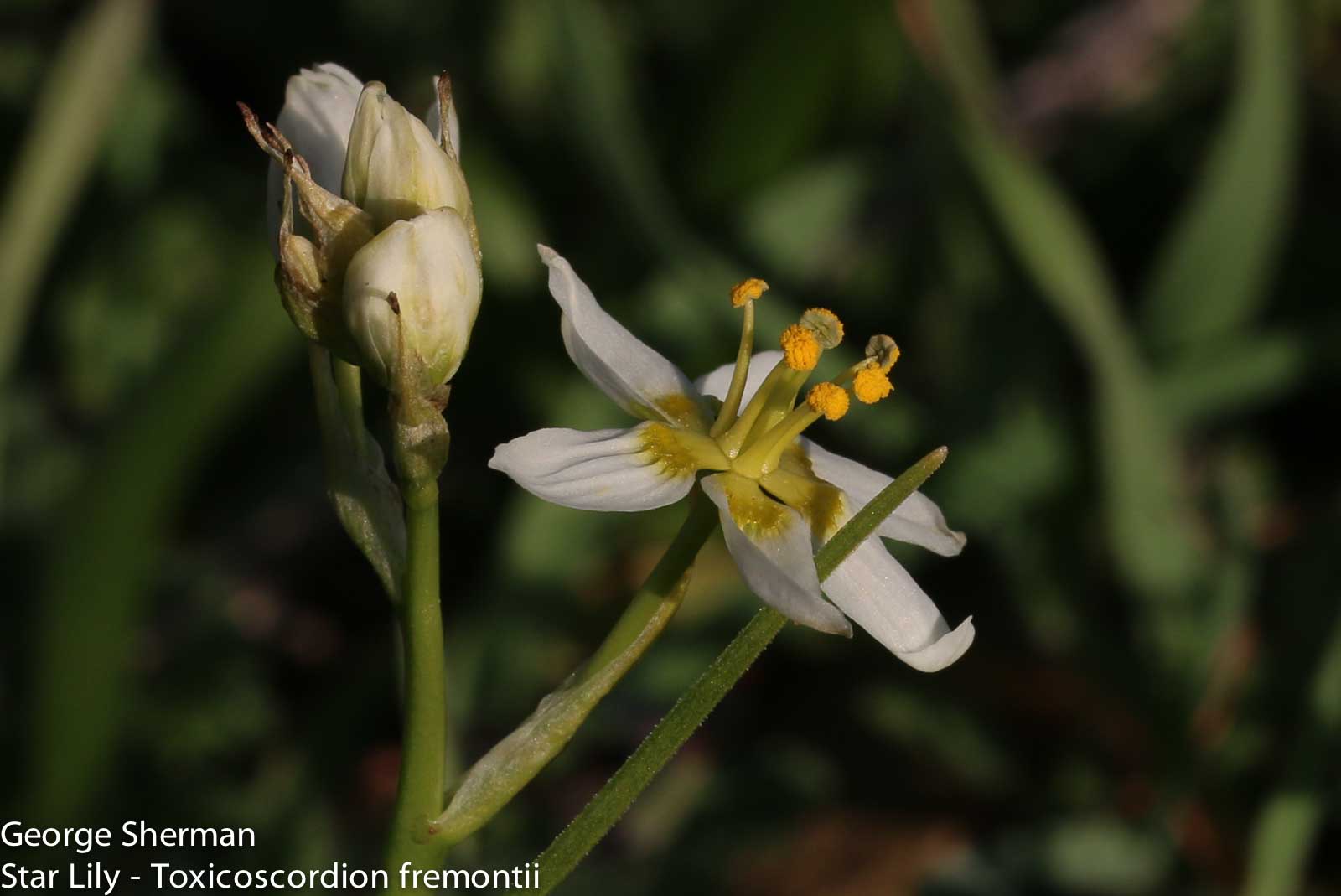 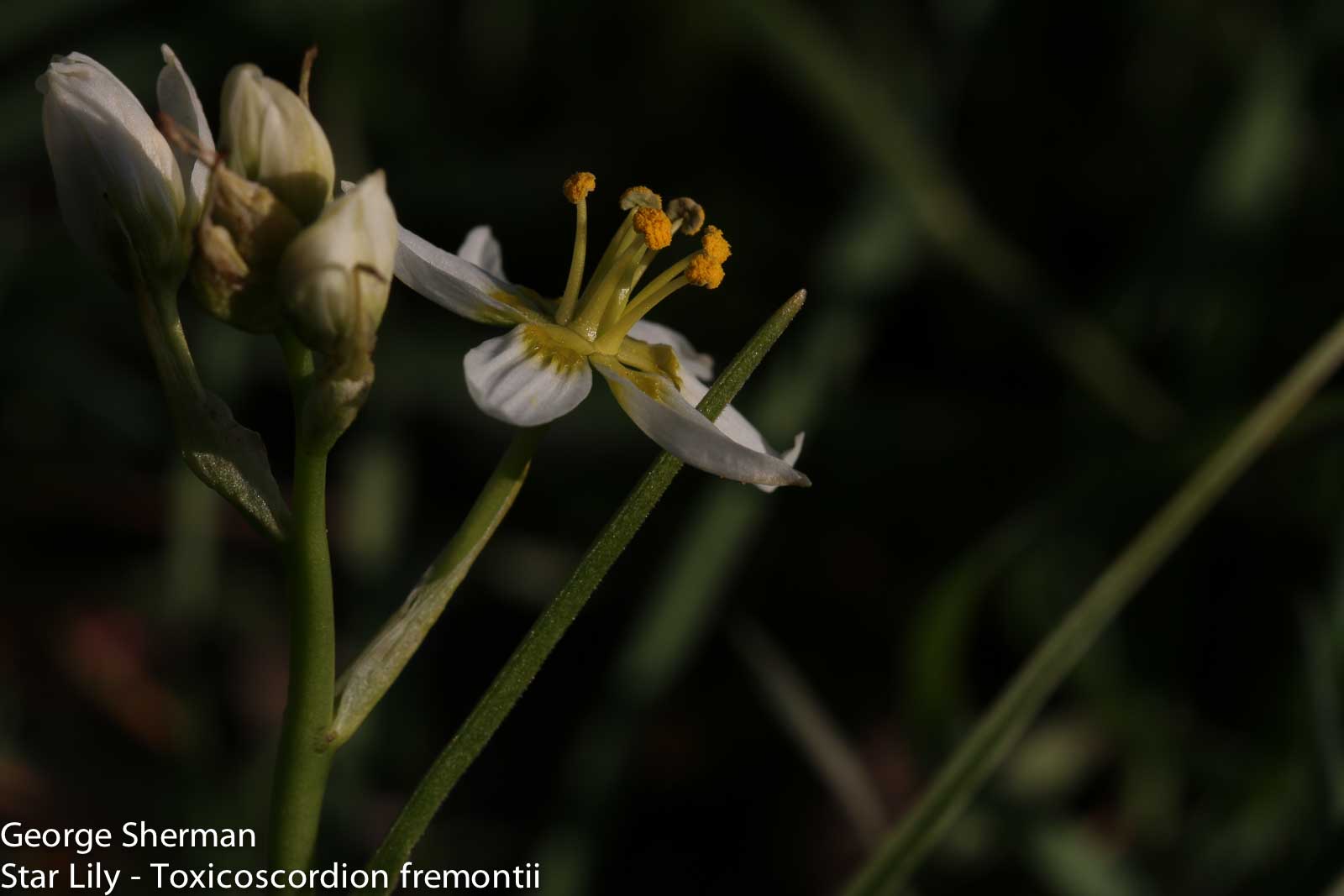 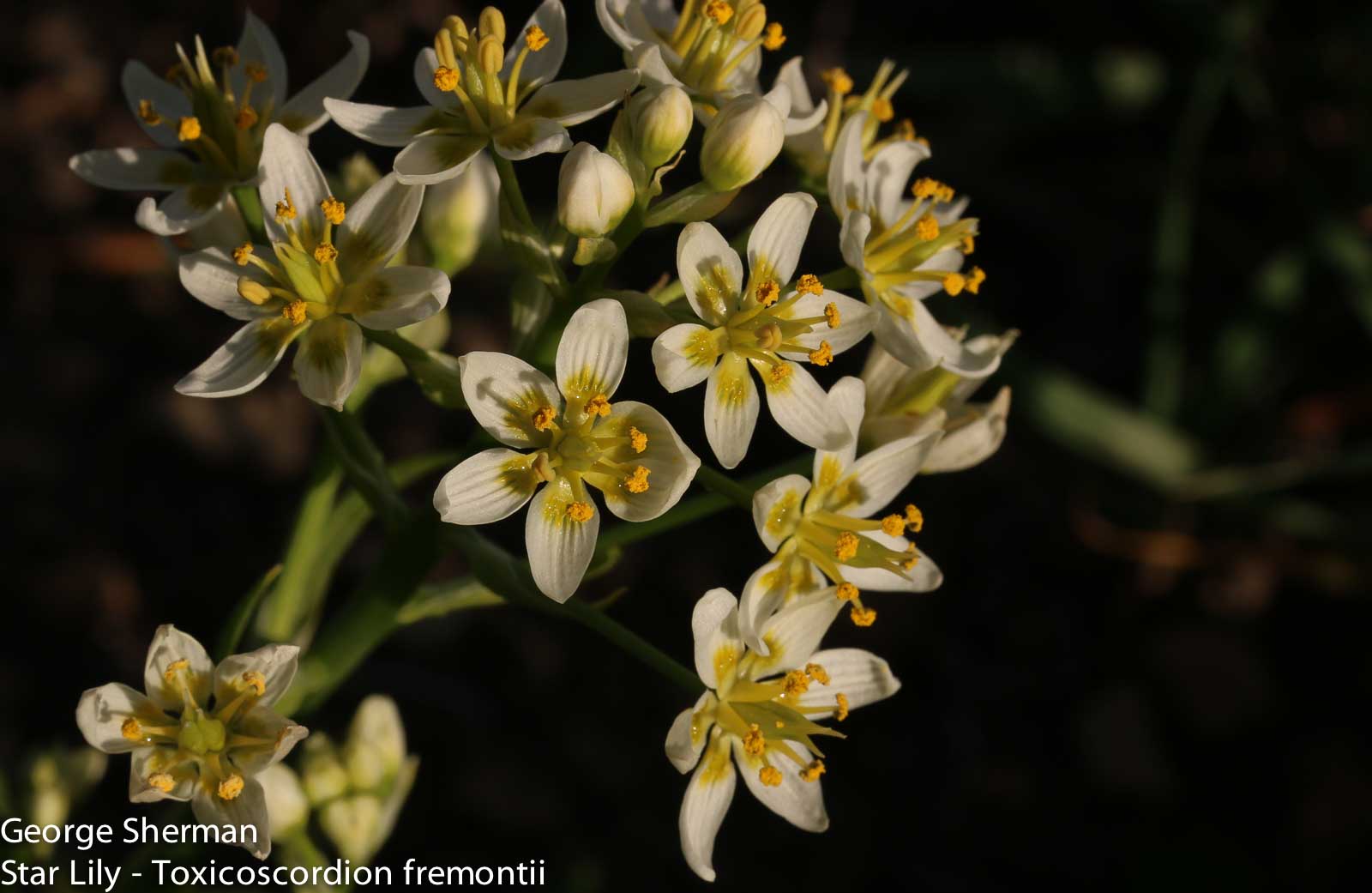 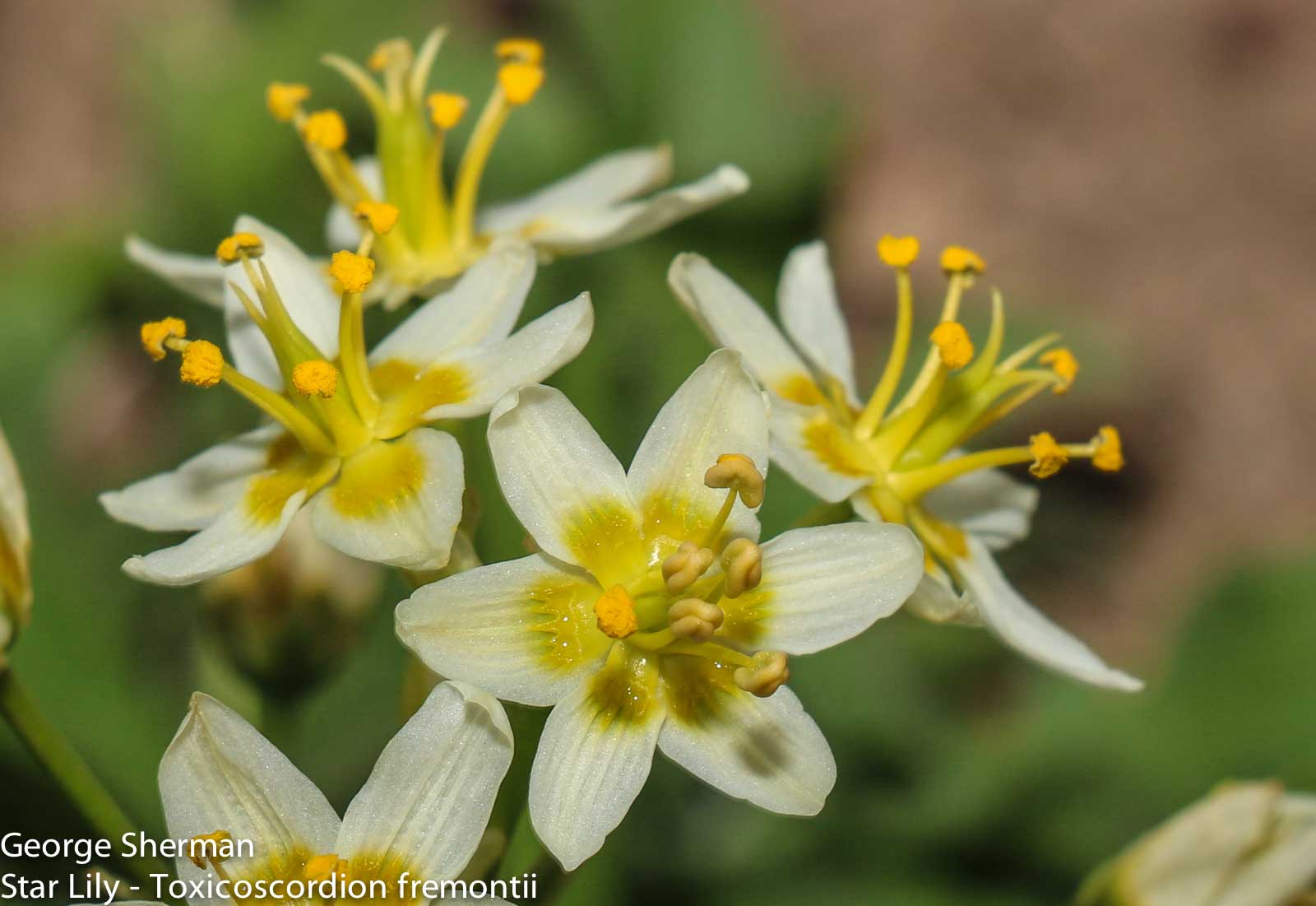 Star lilies - Toxicoscordion fremonti - grows from an onion-like bulb and is also known as a "Death Camus". Several years ago this plant was classified as a lily - hence the common name Star Lily. As the Botanists have recently classified and clarified their understanding of our plants, this extremely toxic plant was moved to a new group - Melanthiaceae (Trillium).

Toxicoscordion, the new genus name is there for a reason. All parts, including the flowers, contain potentially lethal neuro and cardio toxins - highly toxic alkaloids which can cause serious problems if ingested. These plants can be found from southern Oregon southward. They are not endemic to California but their primary habitat is the coastal counties of California and northern Baja California. These plants are abundant after the fire and then diminish in the years after. The Springs Fire of 2013 brought these flowers back into Point Mugu State Park. They will diminsh (quantity-wise) in the years after until fire brings them back. [Note as of 2016 I observed the plant in several areas of the park but they were few and far between] Milt's Book says Stout, light-green main stem with branching flowering stems on the upper ⅔ of plant, 18 to 36 inches high. Found in Chaparral after a fire. FLOWERS: Numerous, in compound racemes up to 1 foot long, 3 sepals and 3 petals which look somewhat alike, yellowish-white, about ½ inch long 6 stamens." The Chumash collected this plant and mashed the bulbs as a poultice for sores. A fair amount of processing would be required lest this remedy kill you - Chumash Ethnobotany Jan Timbrook.

Name Origin: Calfora Web Site Toxicoscordion fremonti was named after Charles Fremont, an officer in the U.S. Army Topographical Corps, who detailed the geology and flora found when exploring California in 1844