Plant of the Month - Stream Orchid 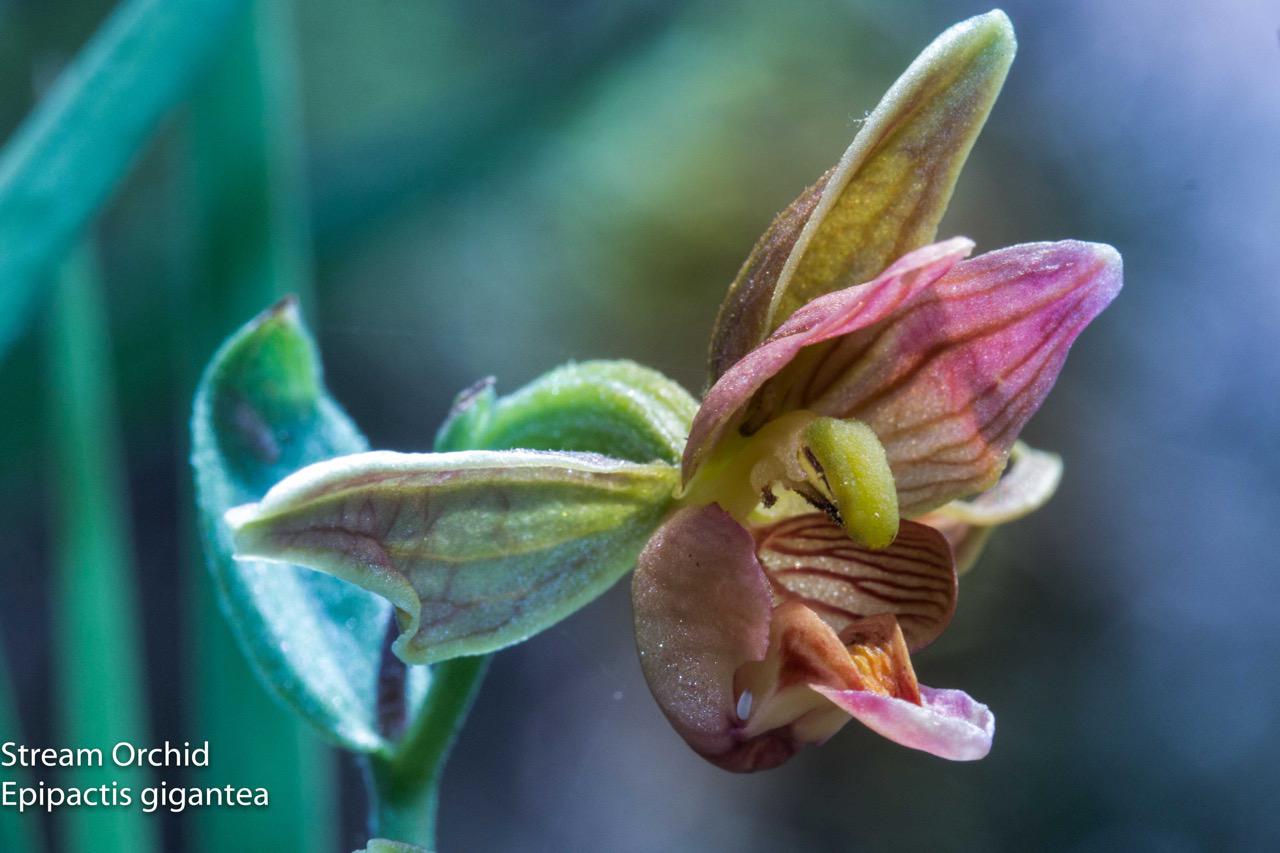 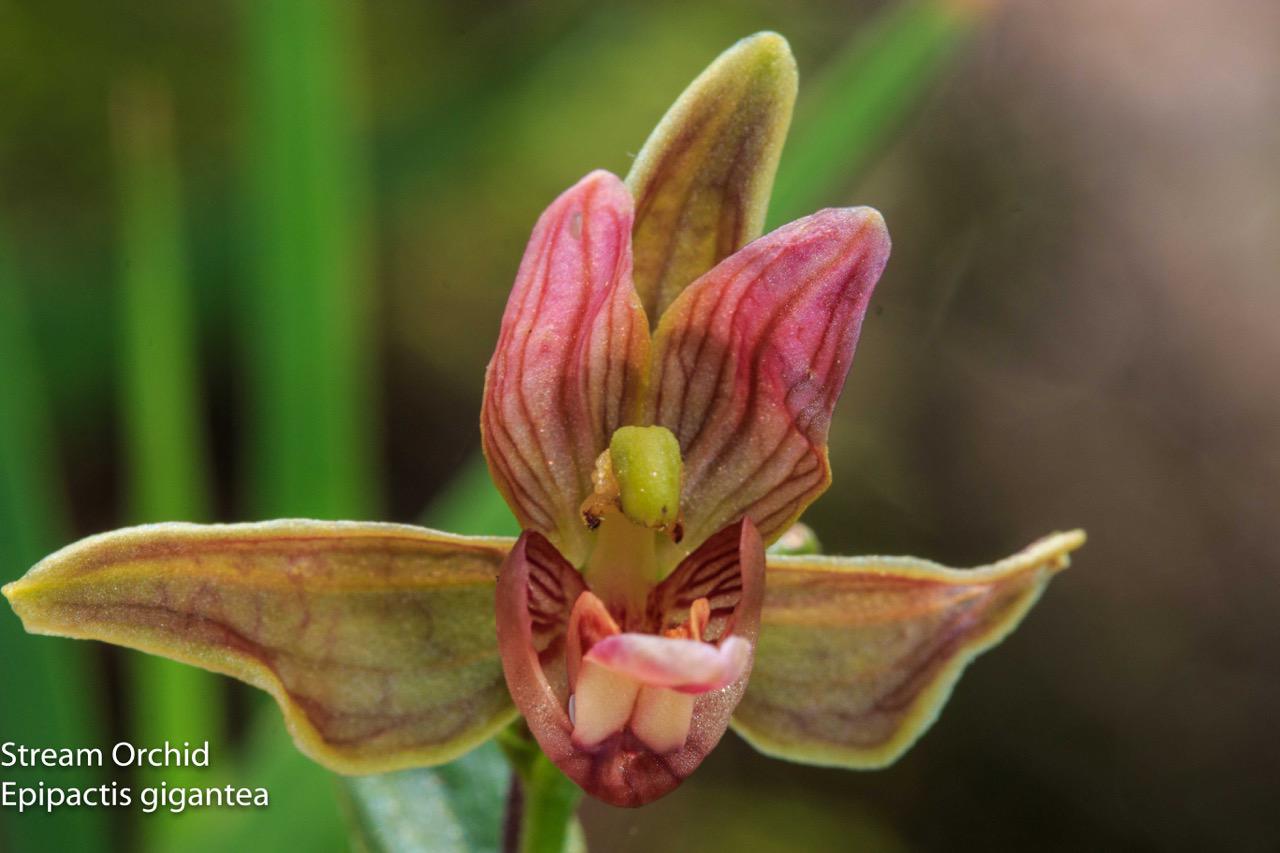 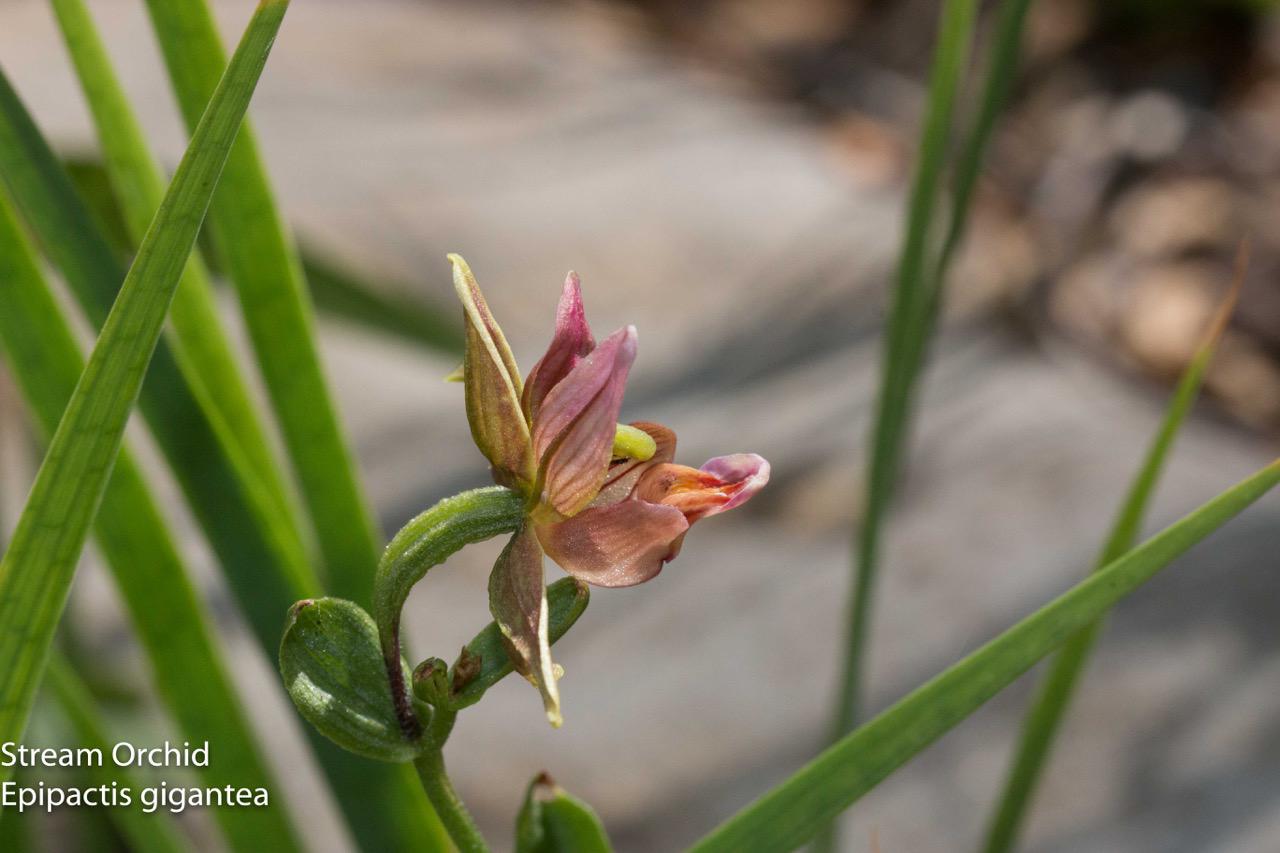 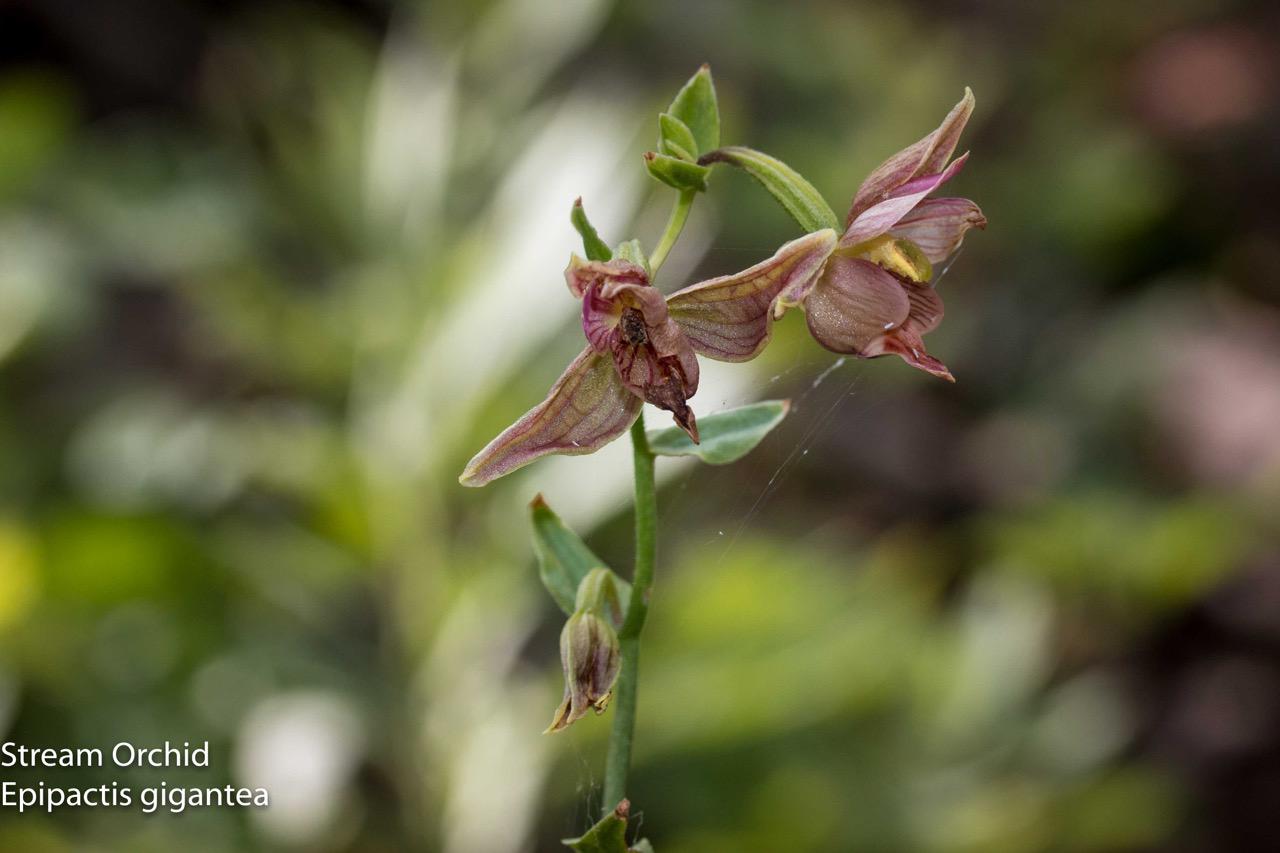 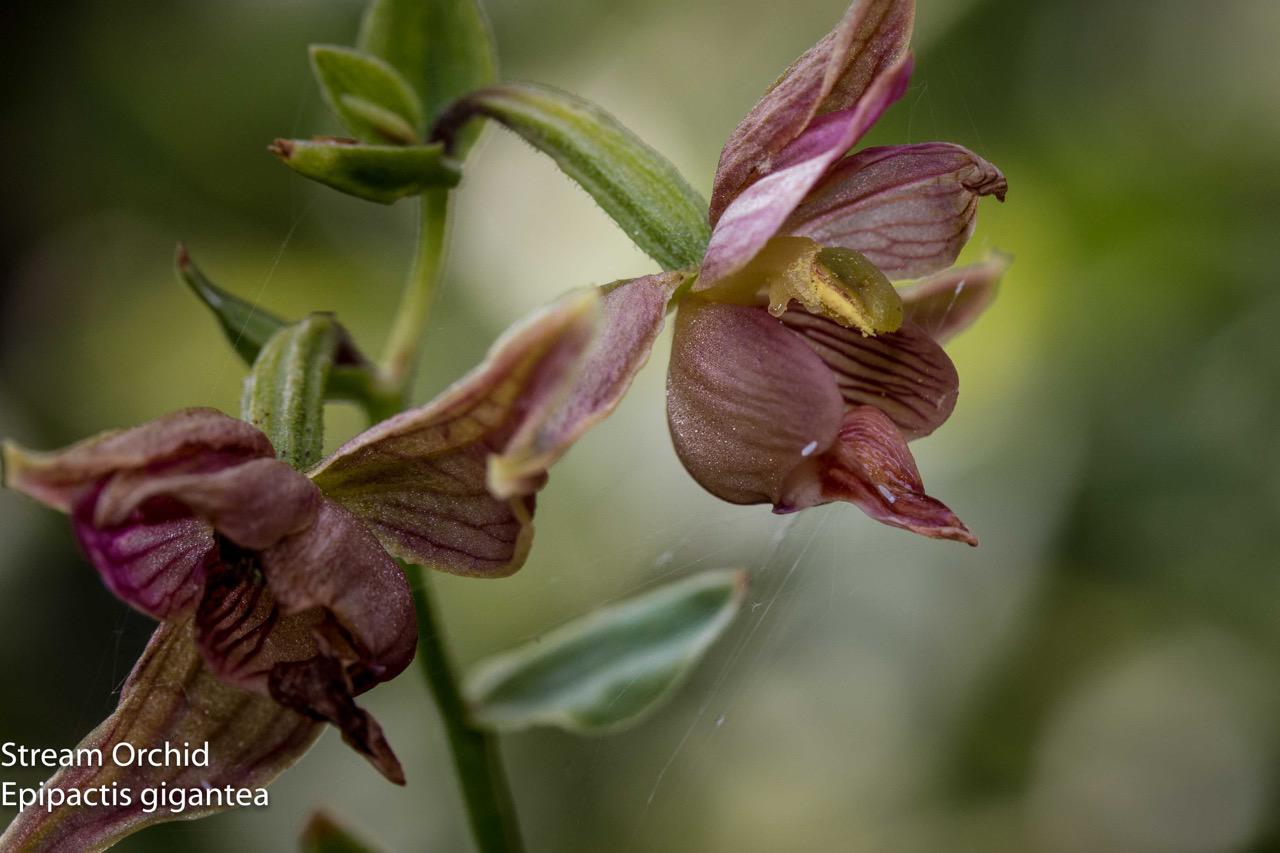 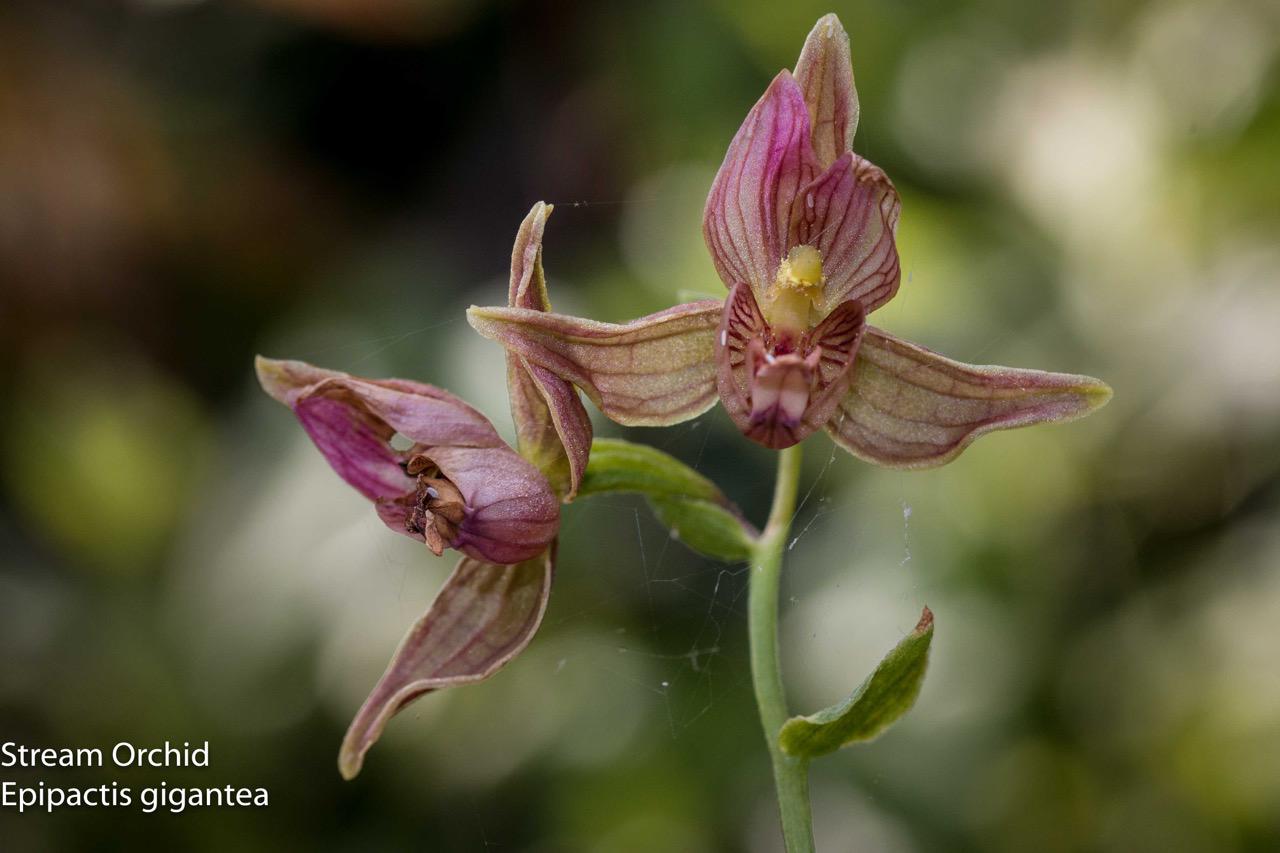 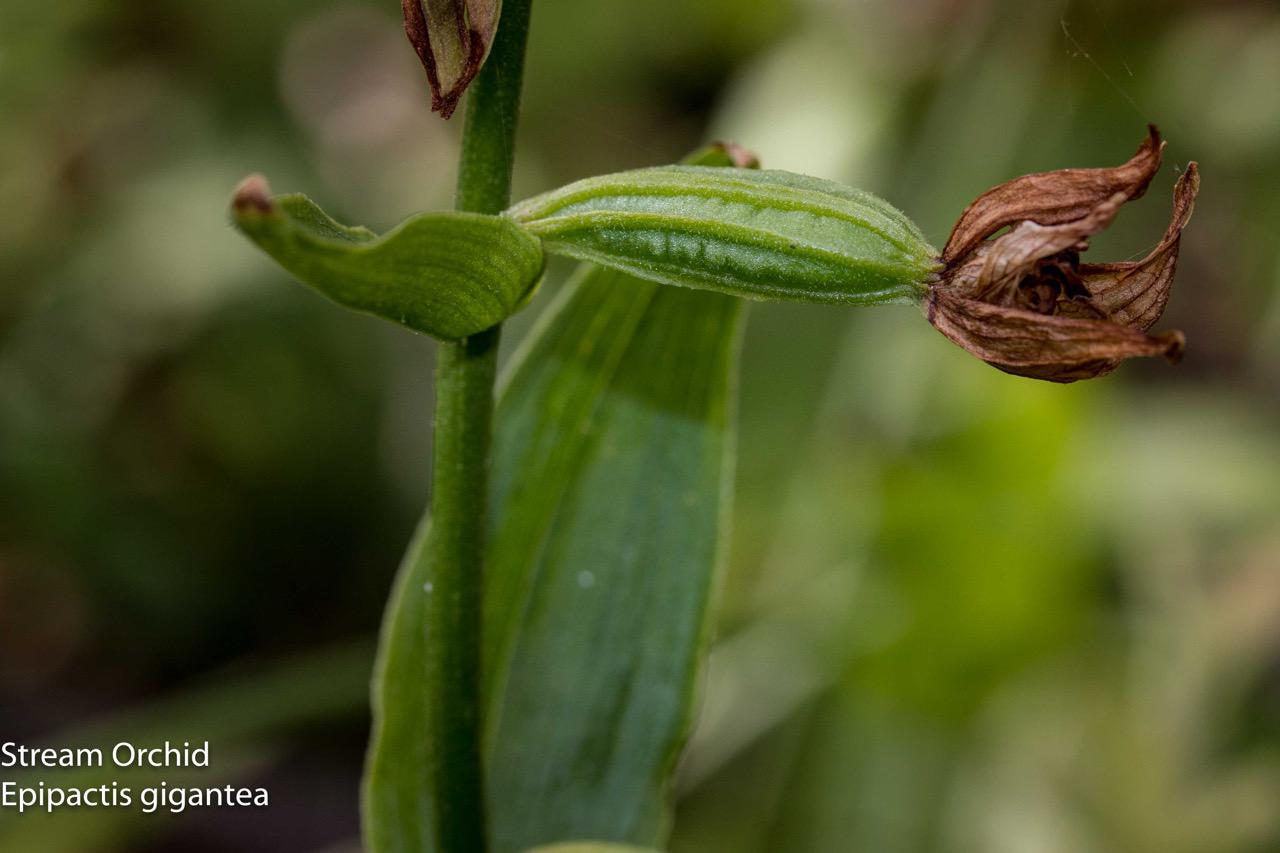 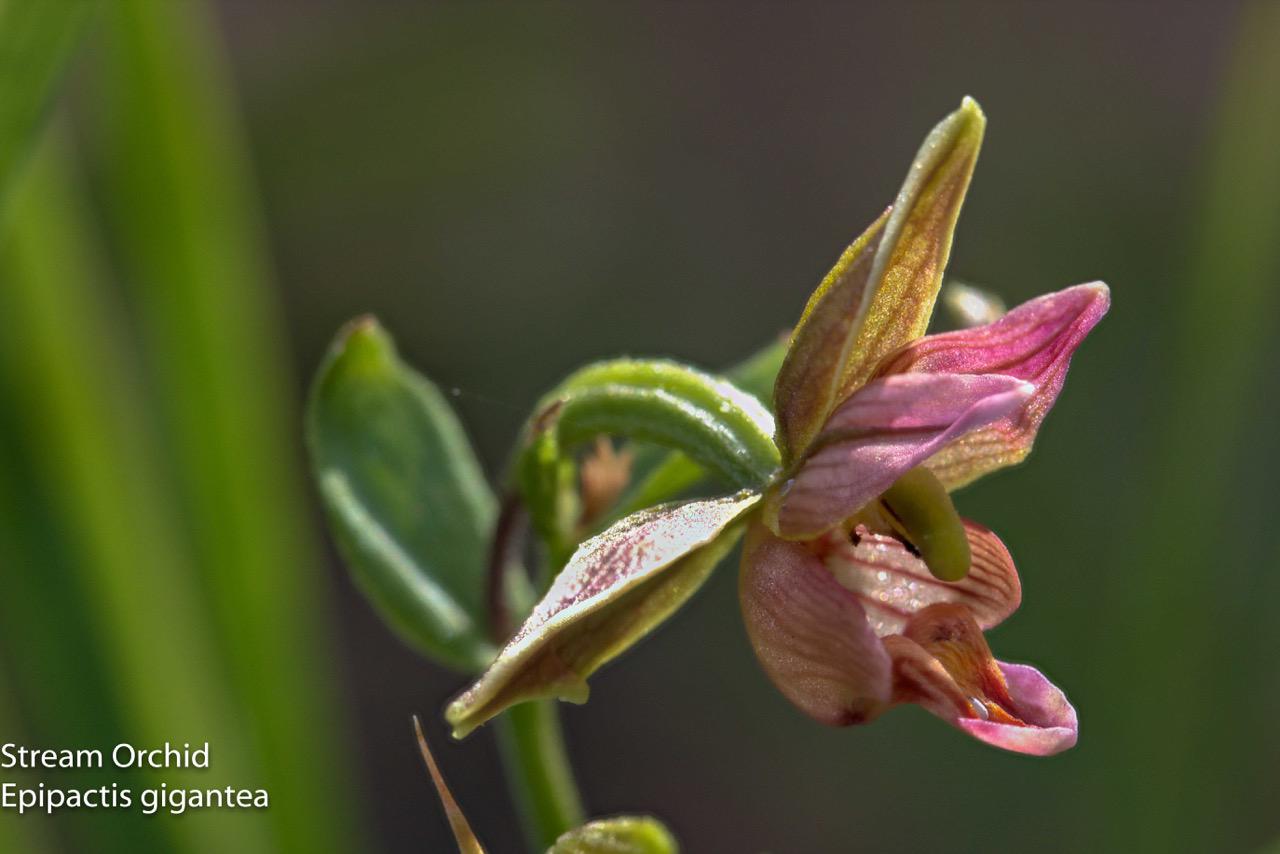 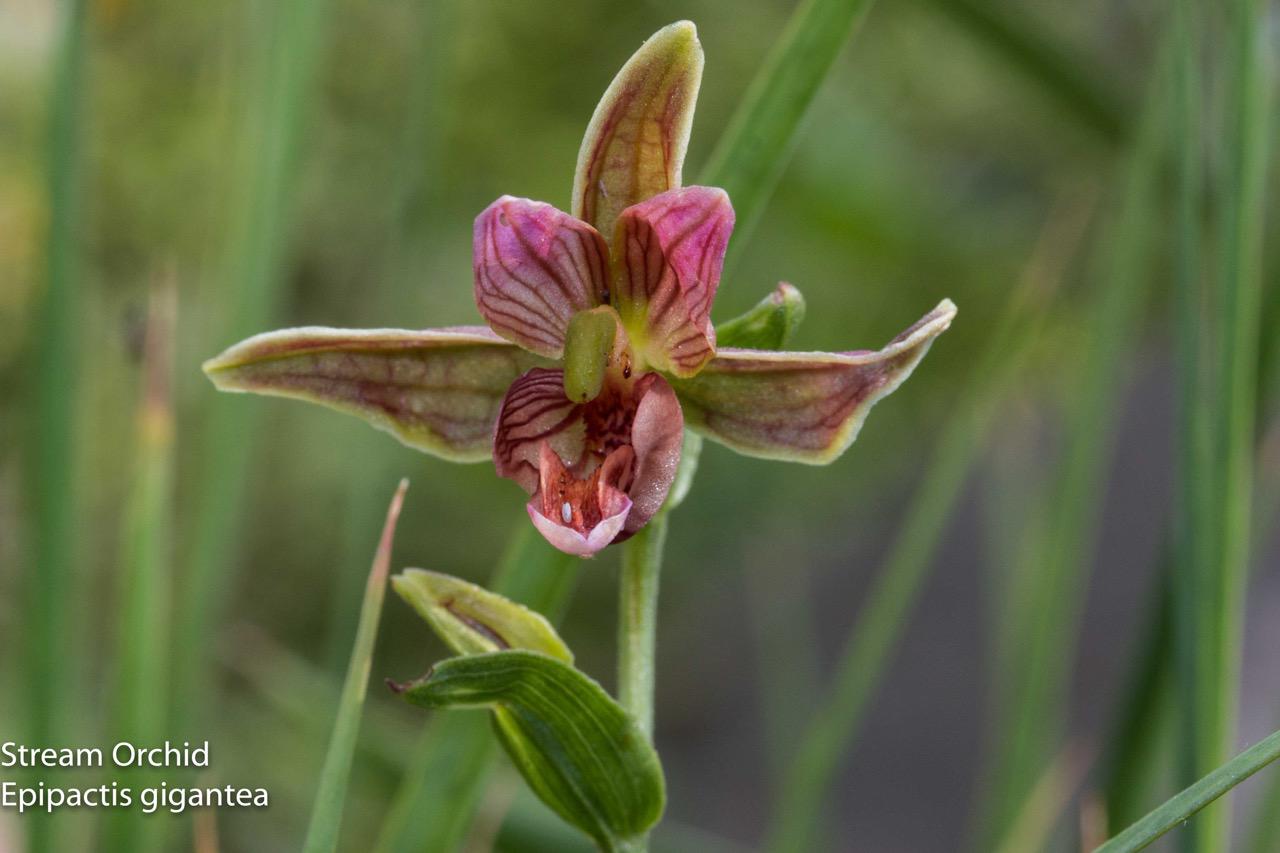 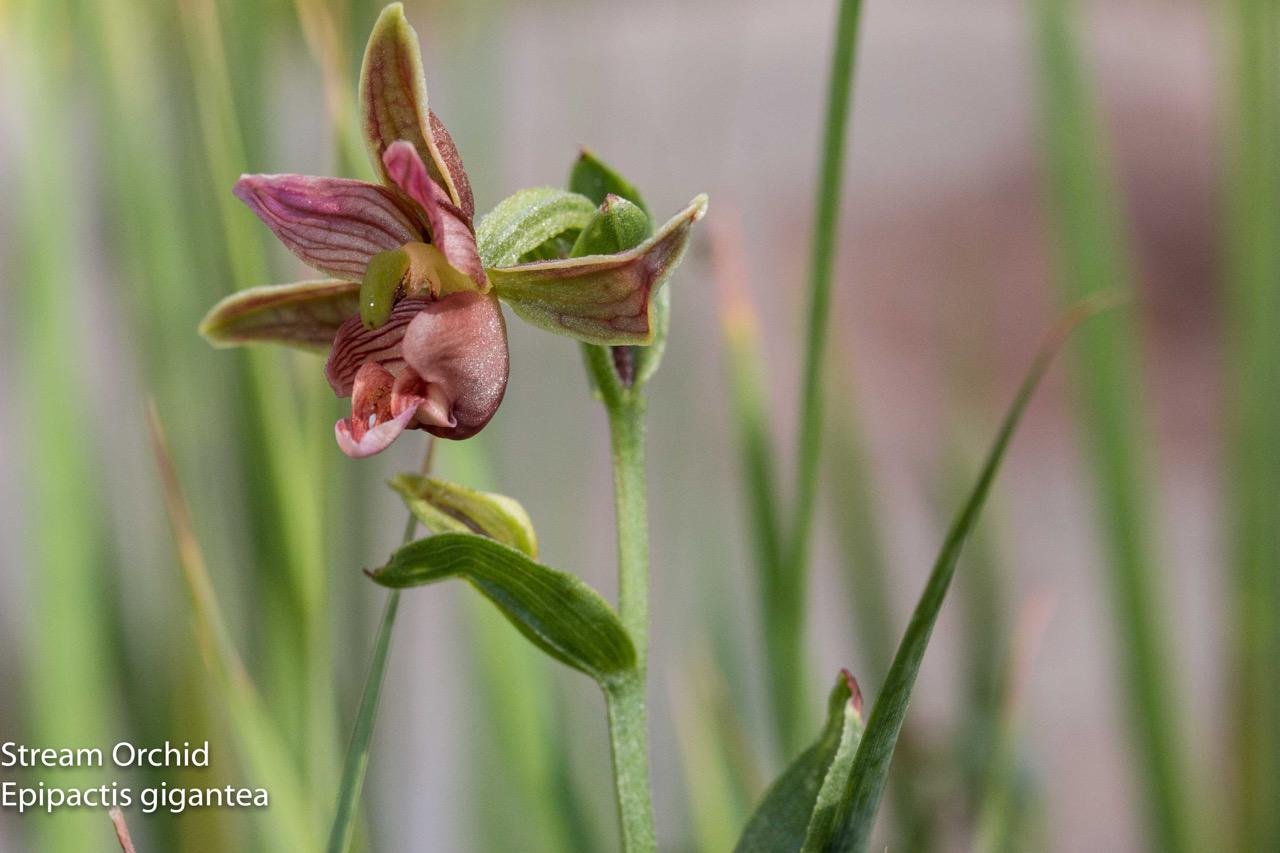 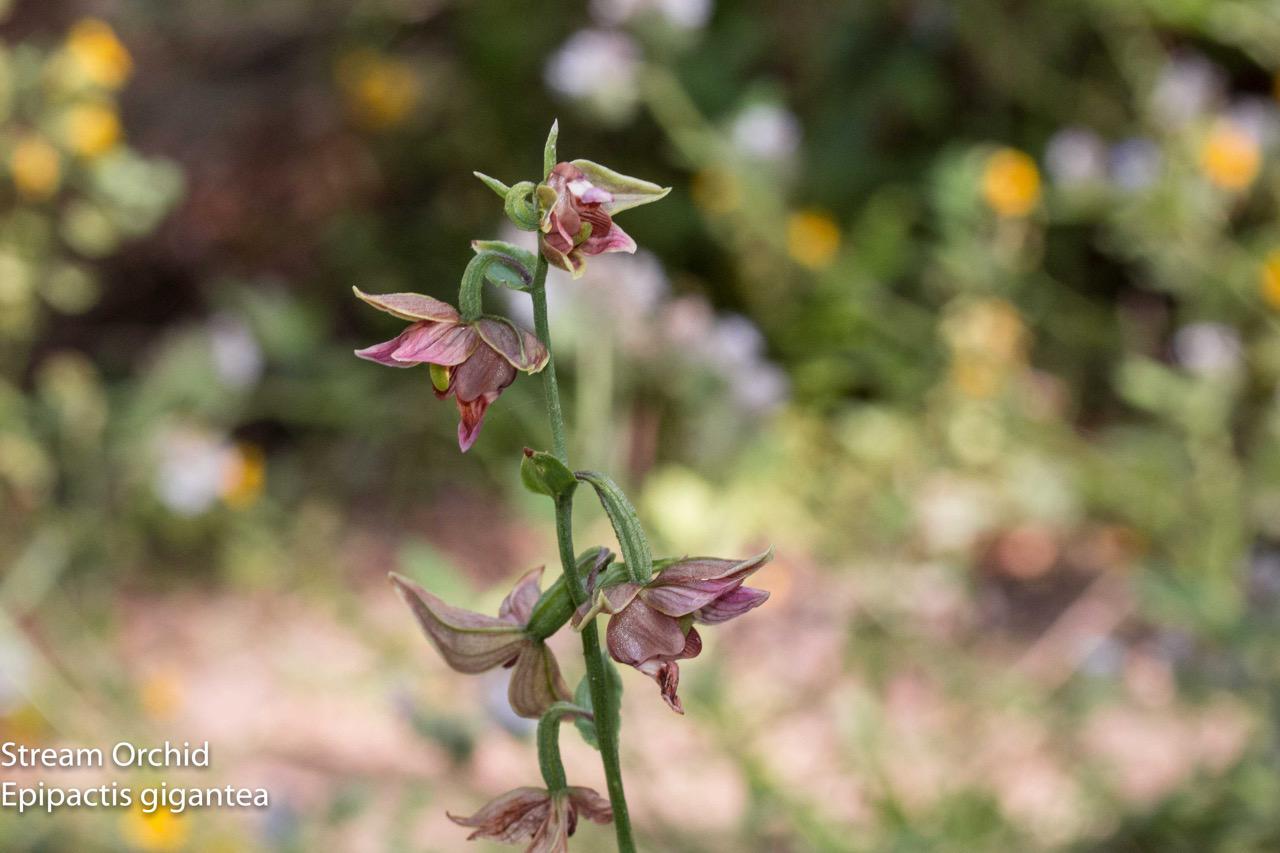 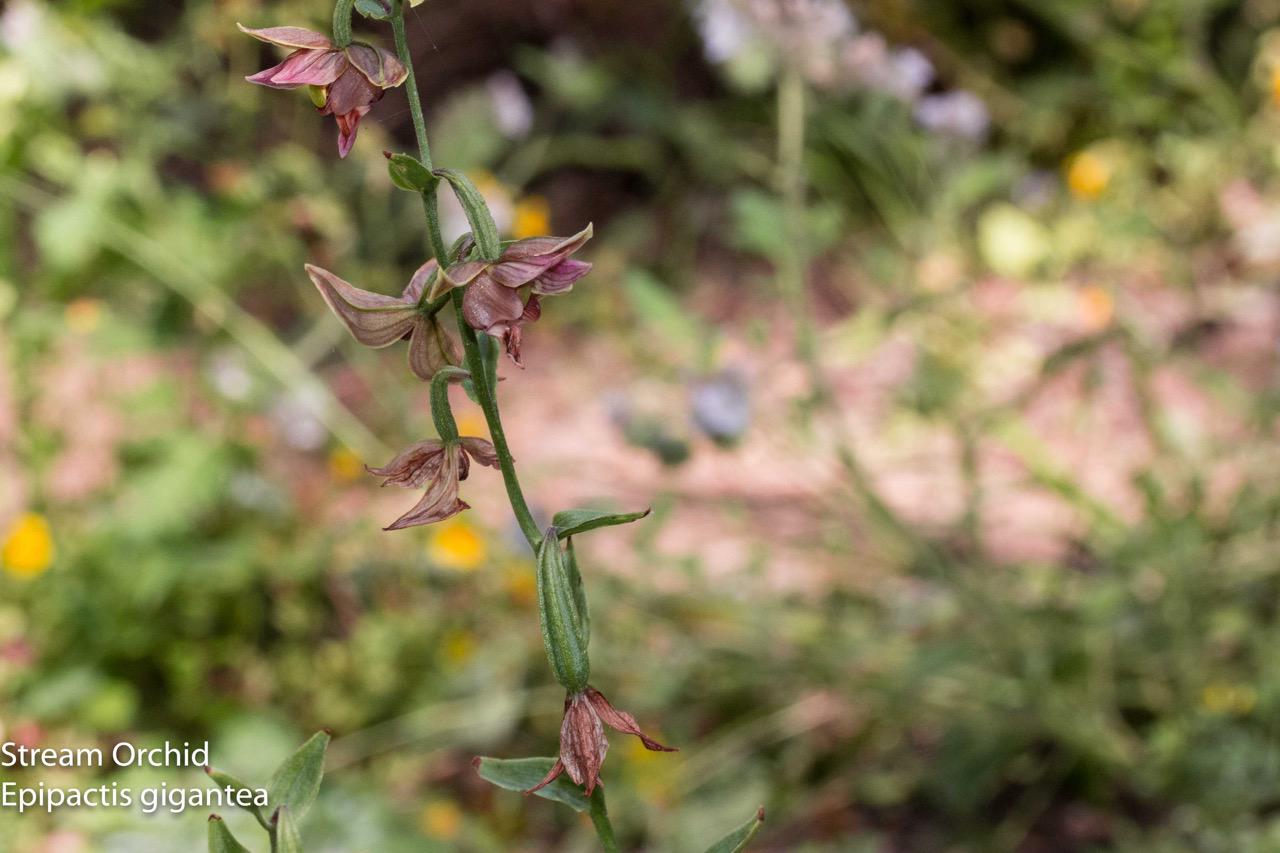 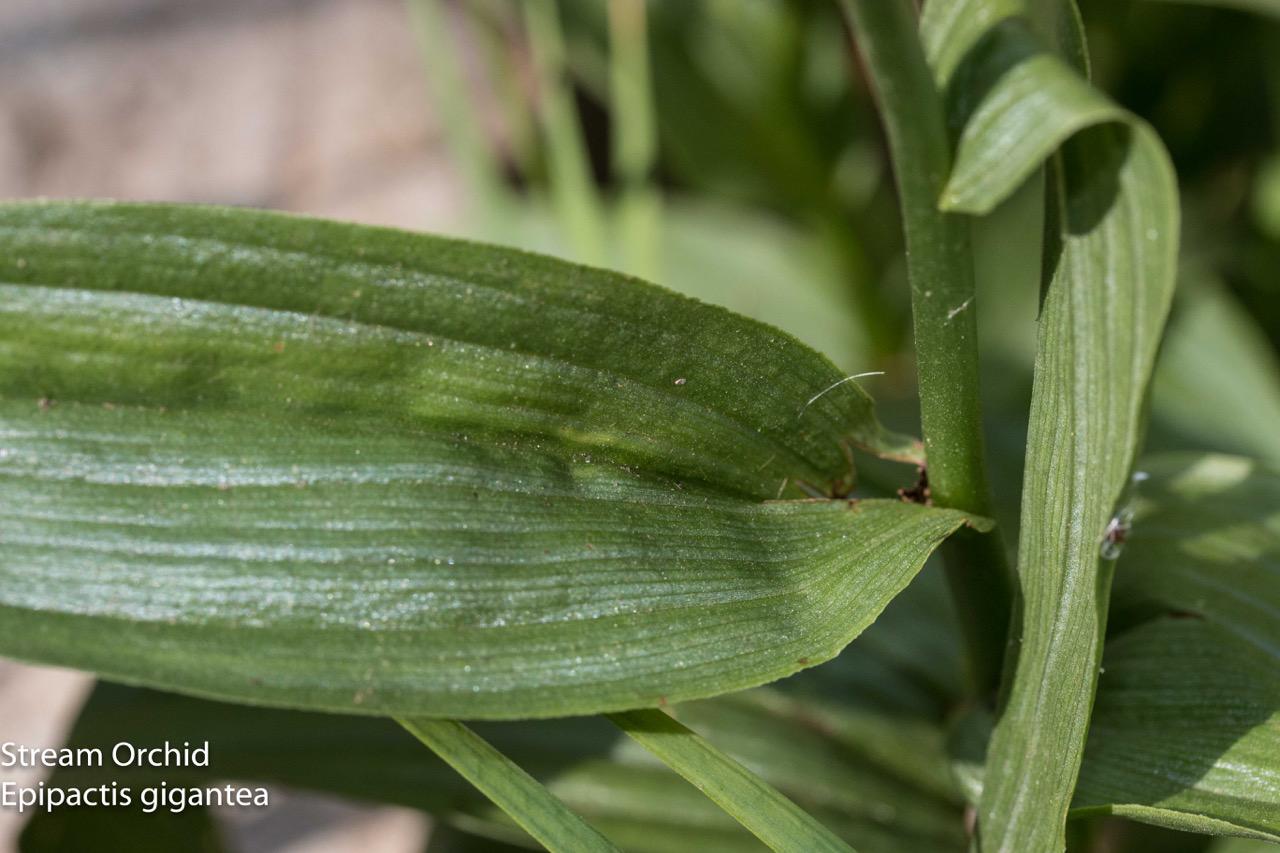 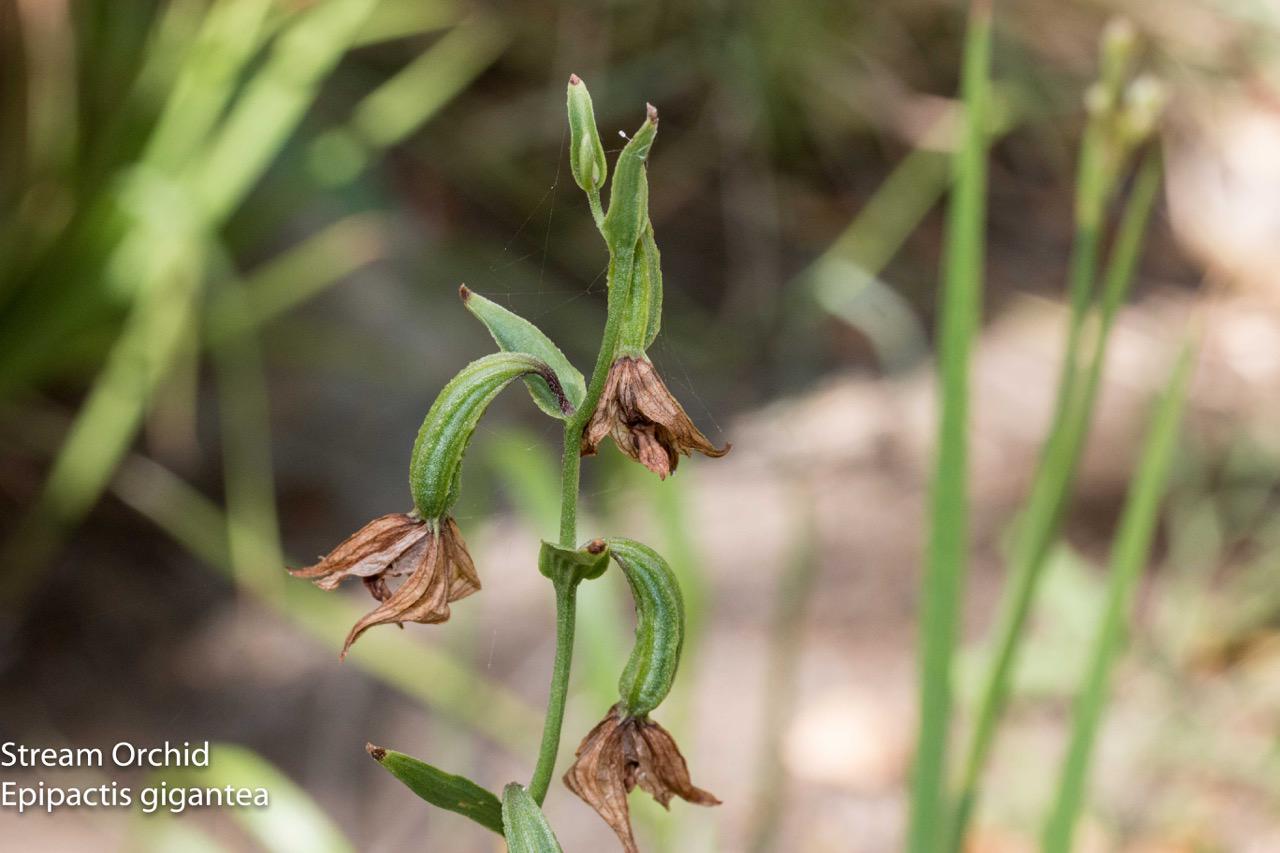 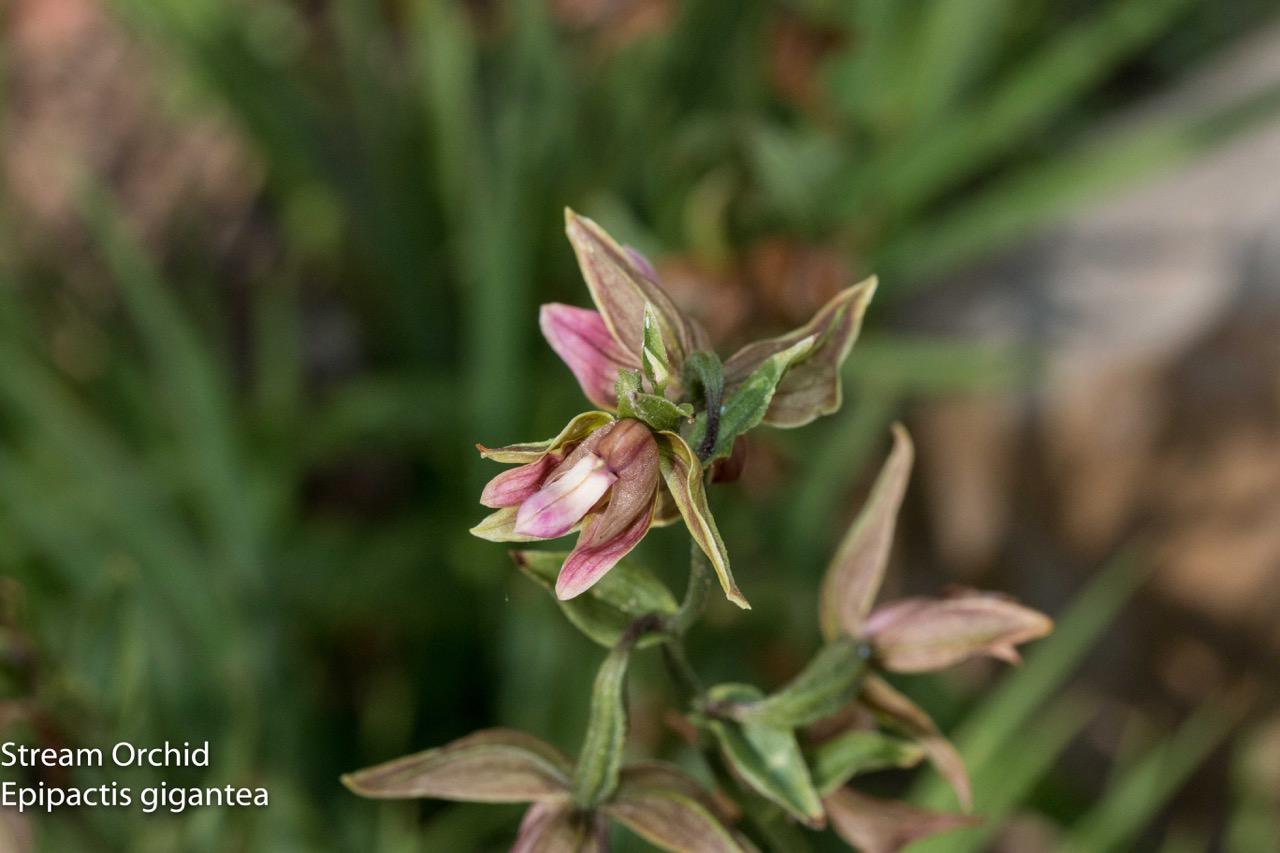 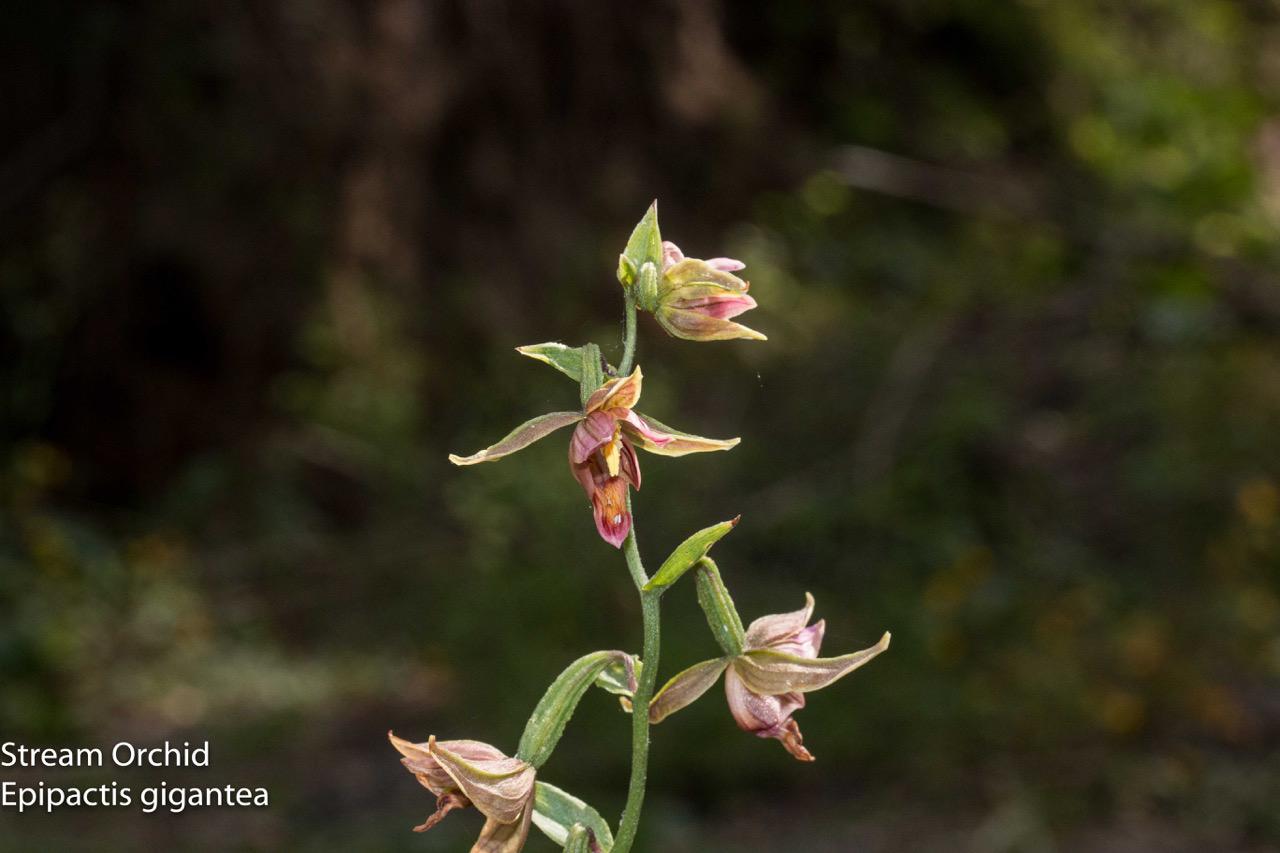 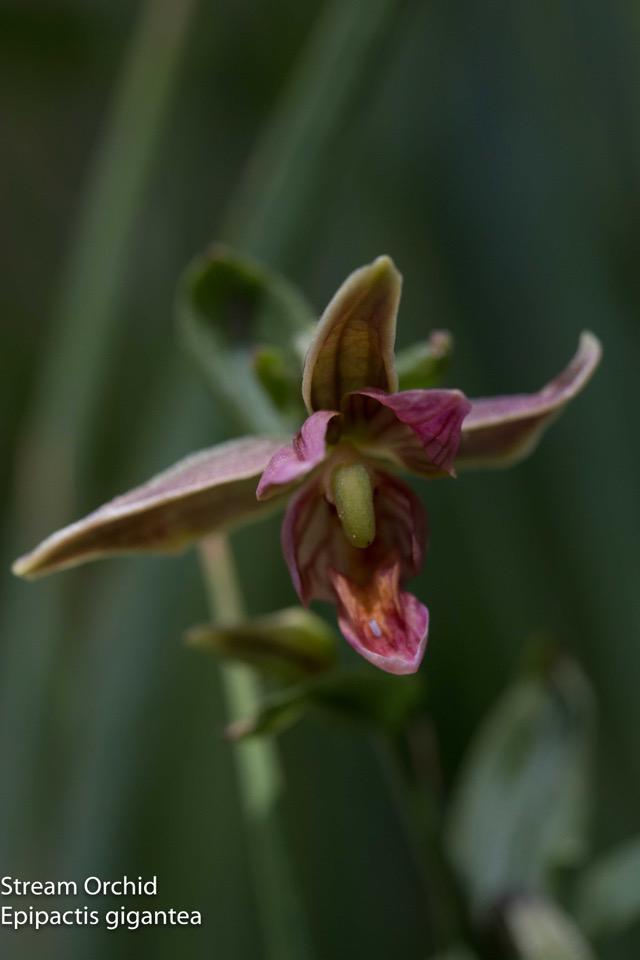 Epipactis gigantea, a species of orchid, is commonly known as stream orchid or giant helleborine. This wildflower, found along the Pacific Coast from British Columbia to central Mexico is one of the most abundant orchids - we are fortunate to find this plant growing in our Santa Monica Mountains.

Epipactis gigantea is a perennial ranging in height from 30 centimeters to two meters in height. This plant sheds its leaves and goes dormant at the first sign of drought. The plants I observed had narrowish lance-shaped leaves 5 to 15 centimeters long and two to more than ten lovely orchids per plant. Flowers have three sepals that stick out straight up and left or right which are light brownish or greenish with darker veins, one to two centimeters long. The two top petals are similar in shape and reddish-brown with purple veins. The lowest petal is cup-shaped with a pointed, tongue-like protuberance and is brighter red-brown and more starkly veined, often with areas of yellow. The fruit is a greenish yellow capsule (2 or 3 centimeters long) containing thousands of tiny seeds. The odds of any particular seed taking hold are probably in the same range for an acorn - many thousands of seeds produced which are unlikely to produce a new plant. This plant grows along streams - hence, the name I saw these in Pt. Mugu State Park on several occasions during the Spring of 2015. I found this description of the pollination process in the Electronic Atlas of the Plants of British Columbia, fascinating: The Epipactis gigantea is pollinated by flower flies which land on the front half of the lip to sip nectar from the rear half. As the fly leaves, they brush first against the stigma on the underside of the column, then against a gummy flap and finally against the crumbly pollinia- picking up grains of pollen to carry to the stigma of the next flower. In Klinkenberg, Brian. (Editor) 2015. E-Flora BC: Electronic Atlas of the Plants of British Columbia [eflora.bc.ca]. Lab for Advanced Spatial Analysis, Department of Geography, University of British Columbia, Vancouver. [Accessed: 28/09/2015 9:21:40 AM ]