Plant of the Month - Tejon Milk-Aster 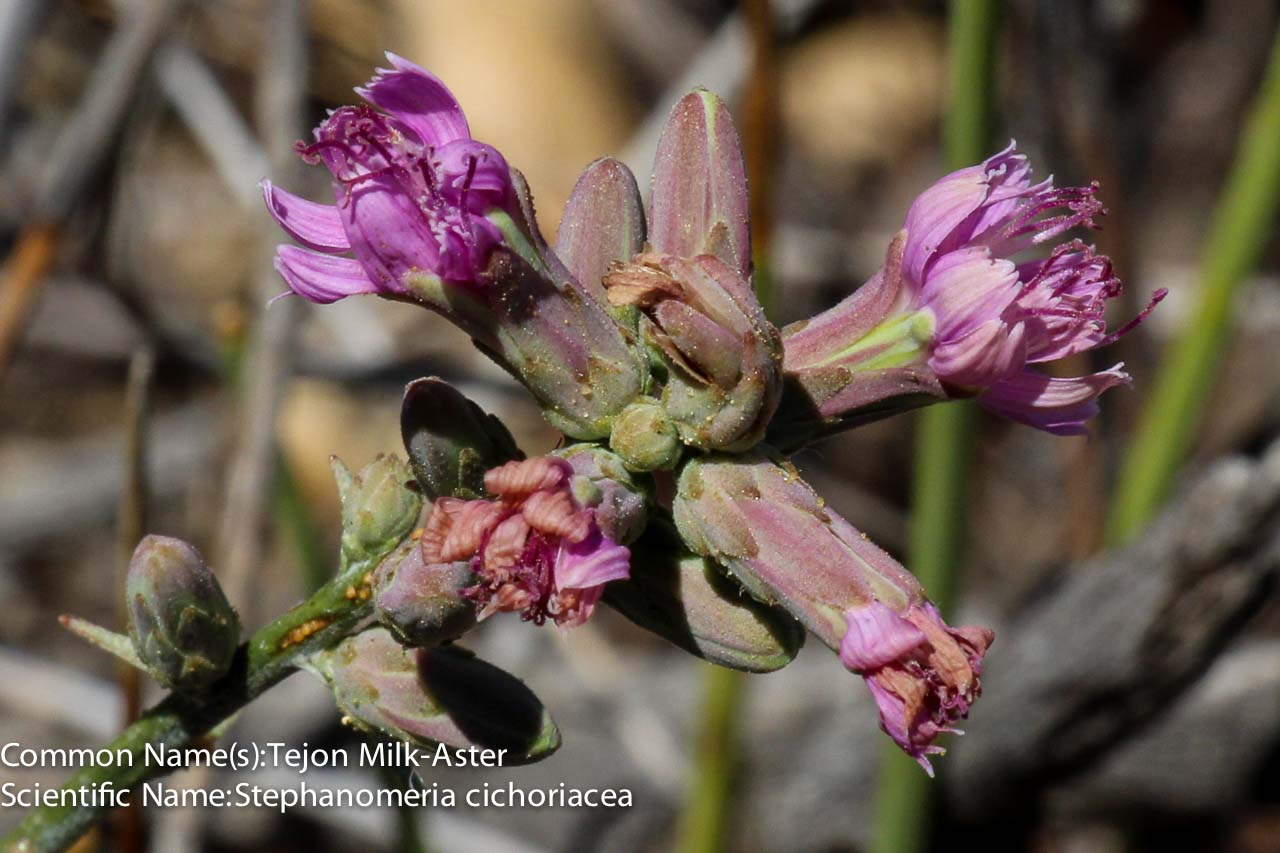 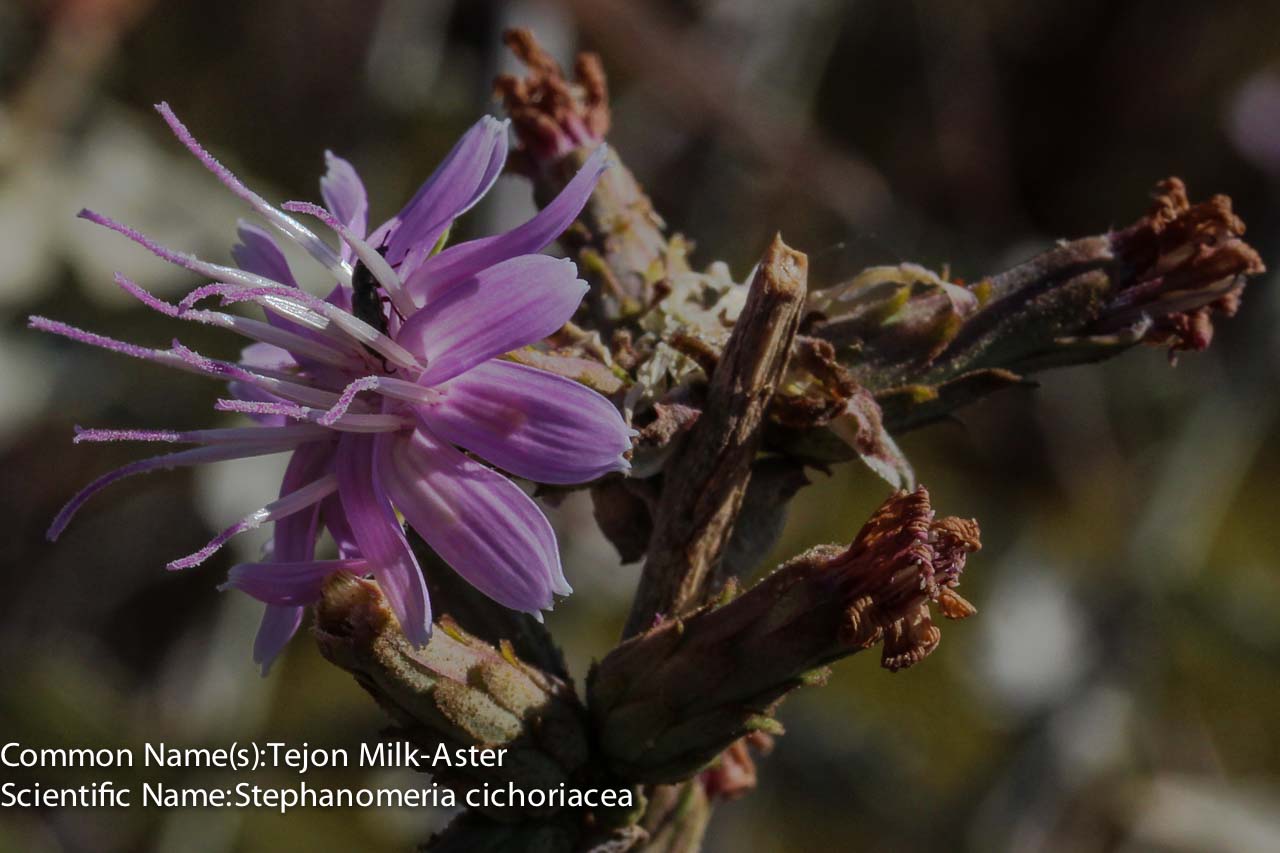 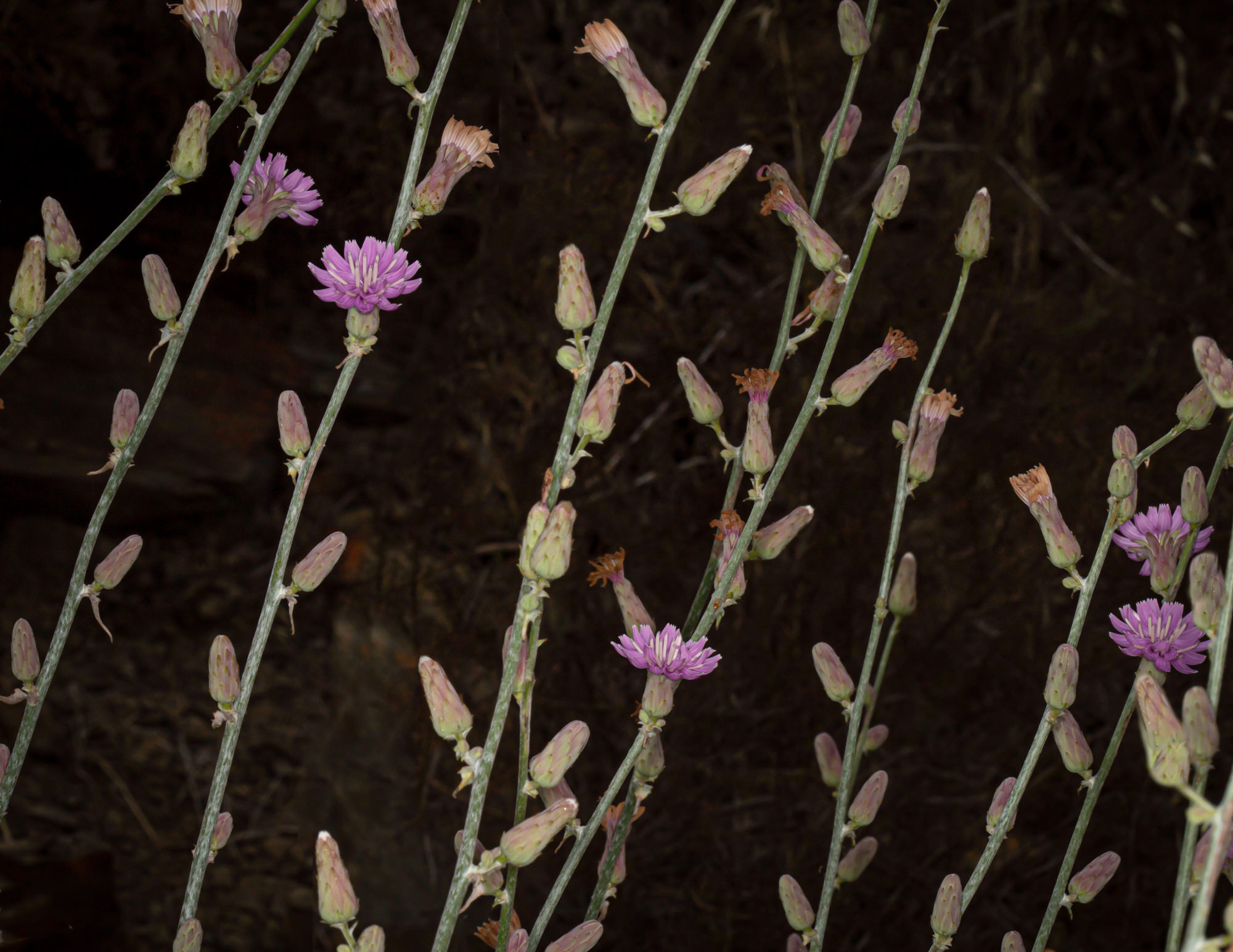 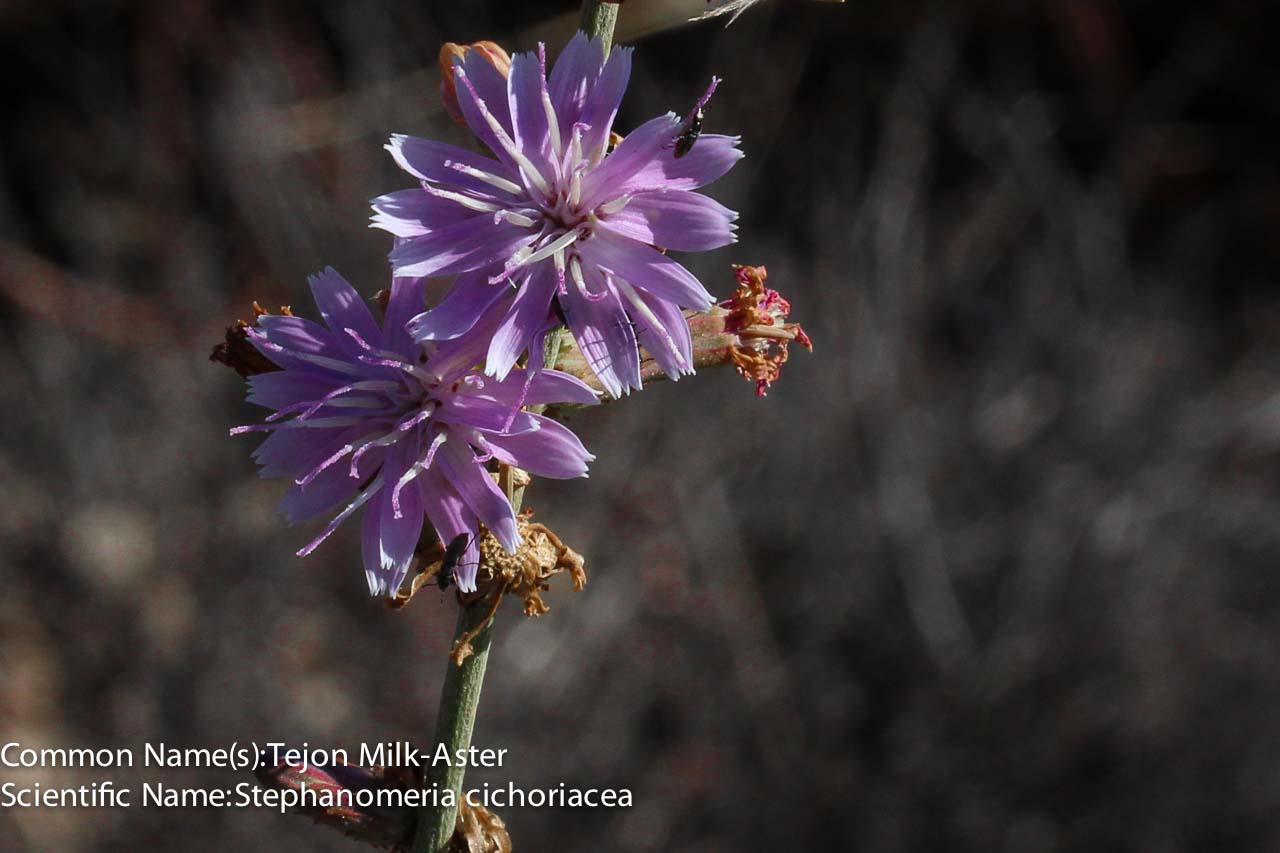 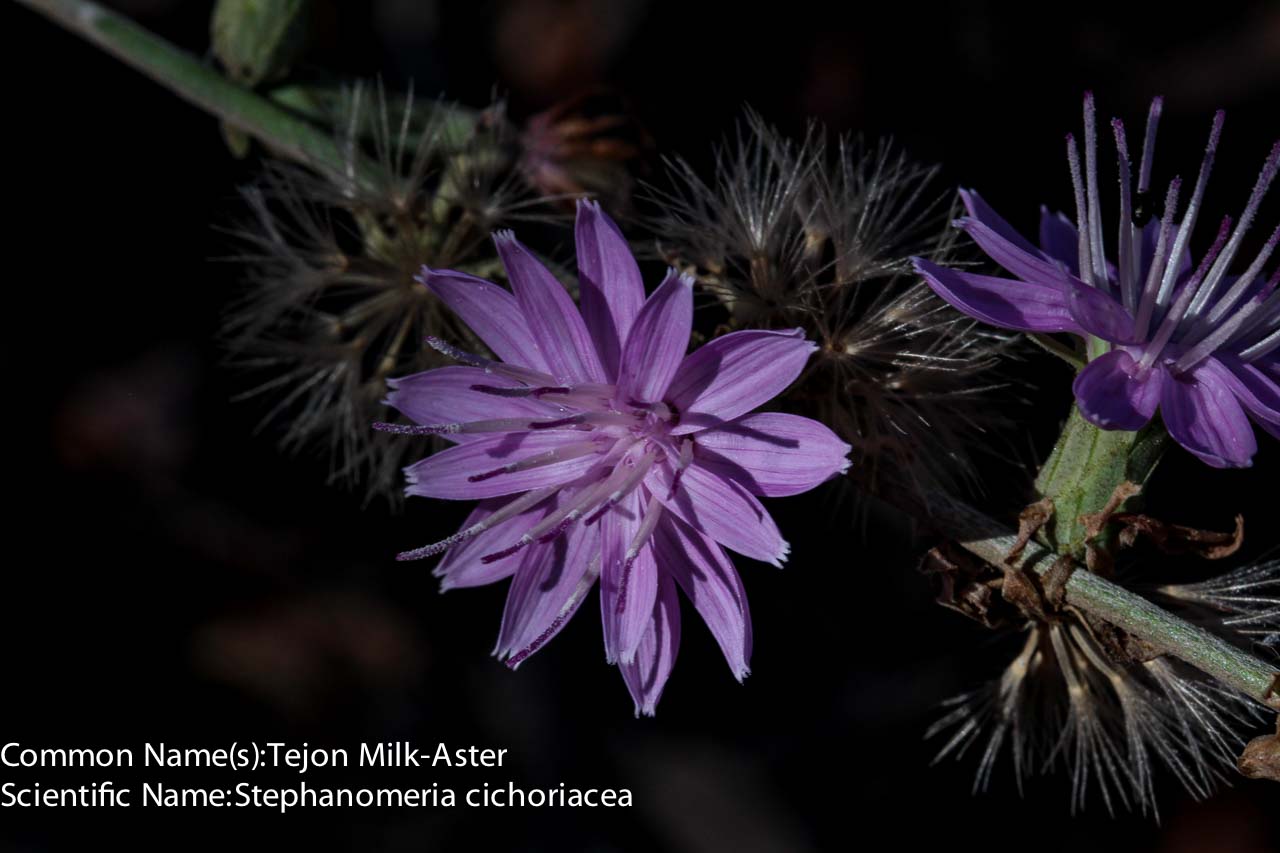 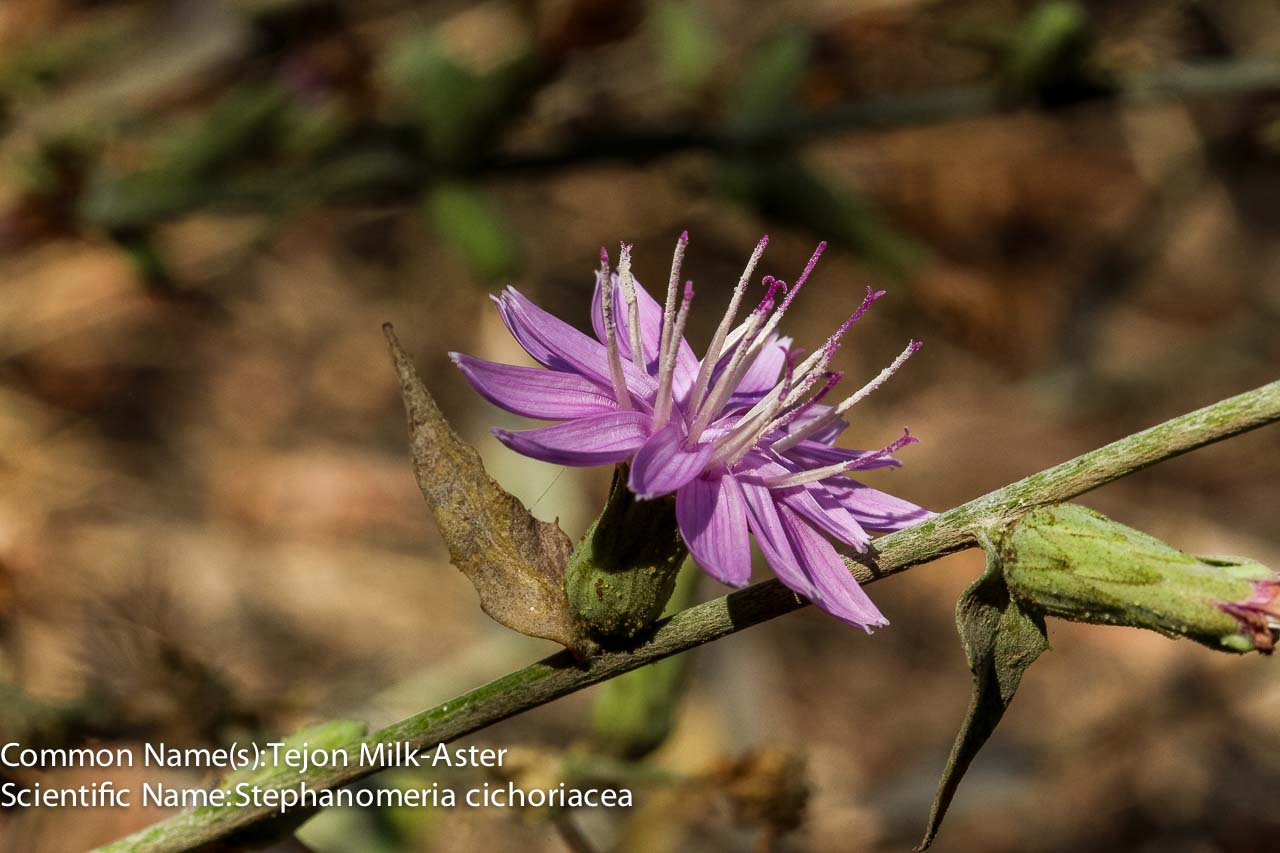 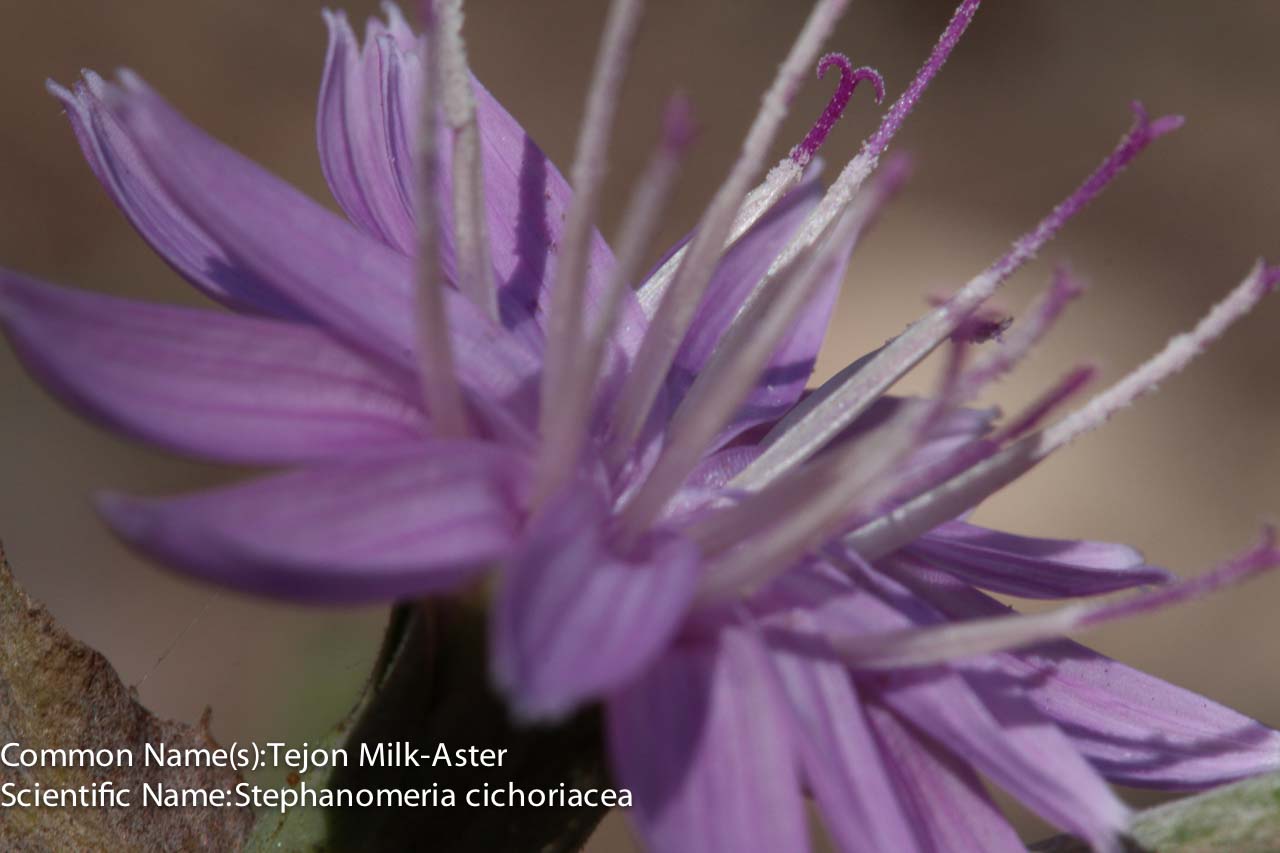 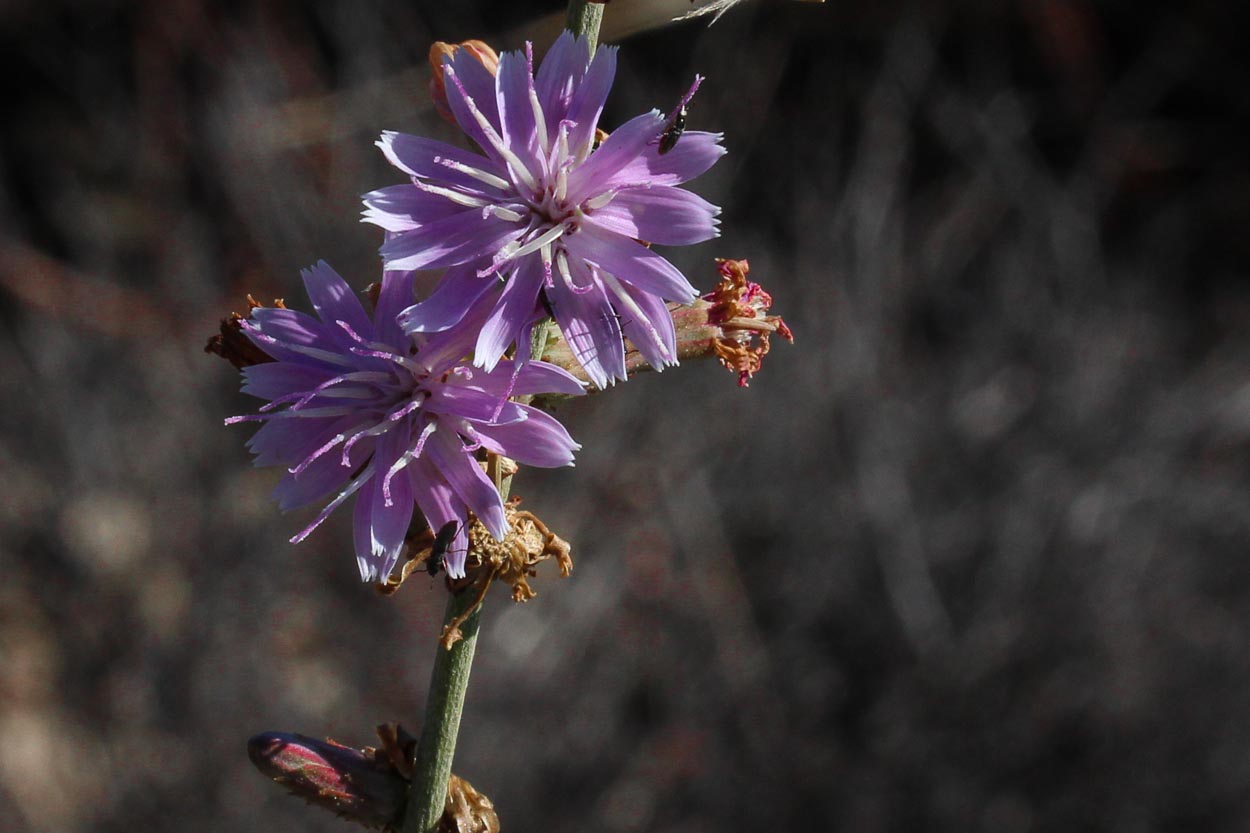 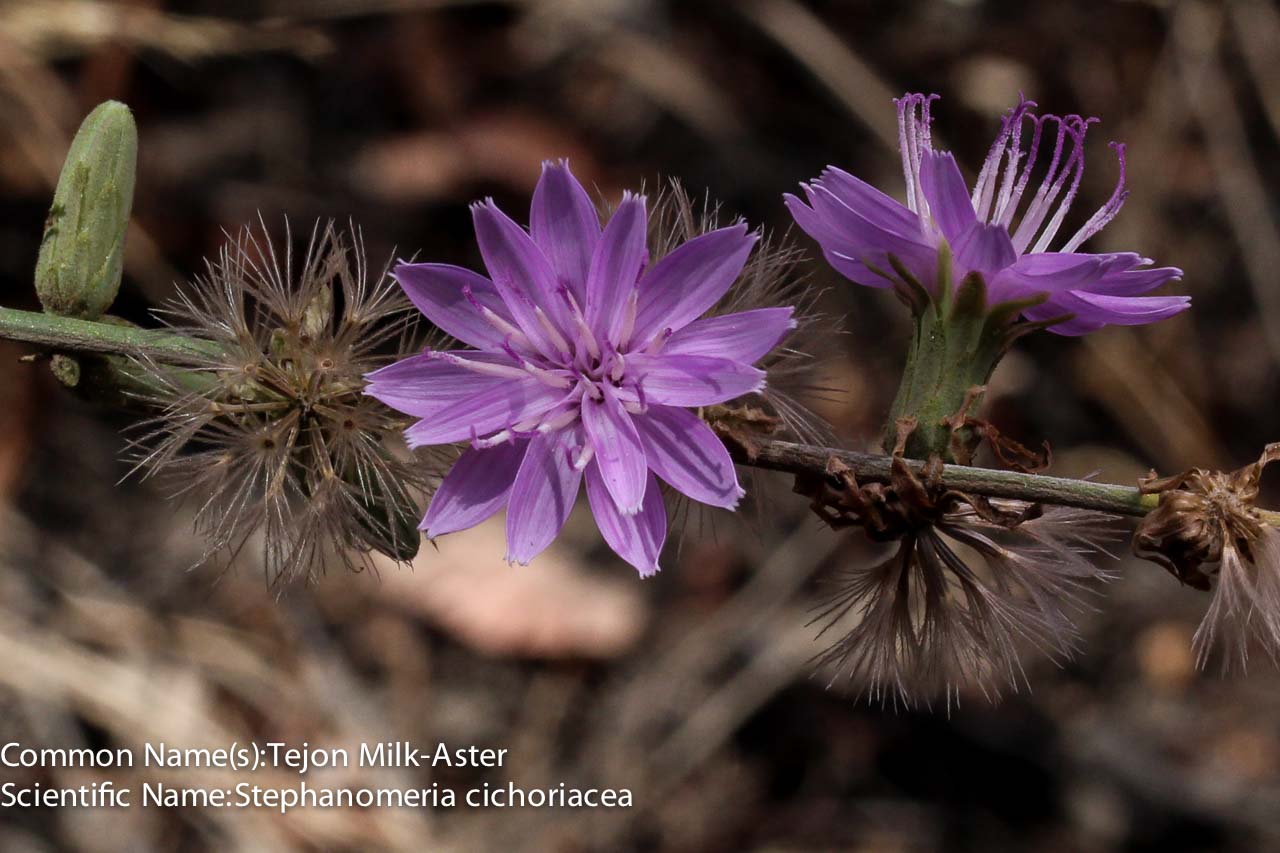 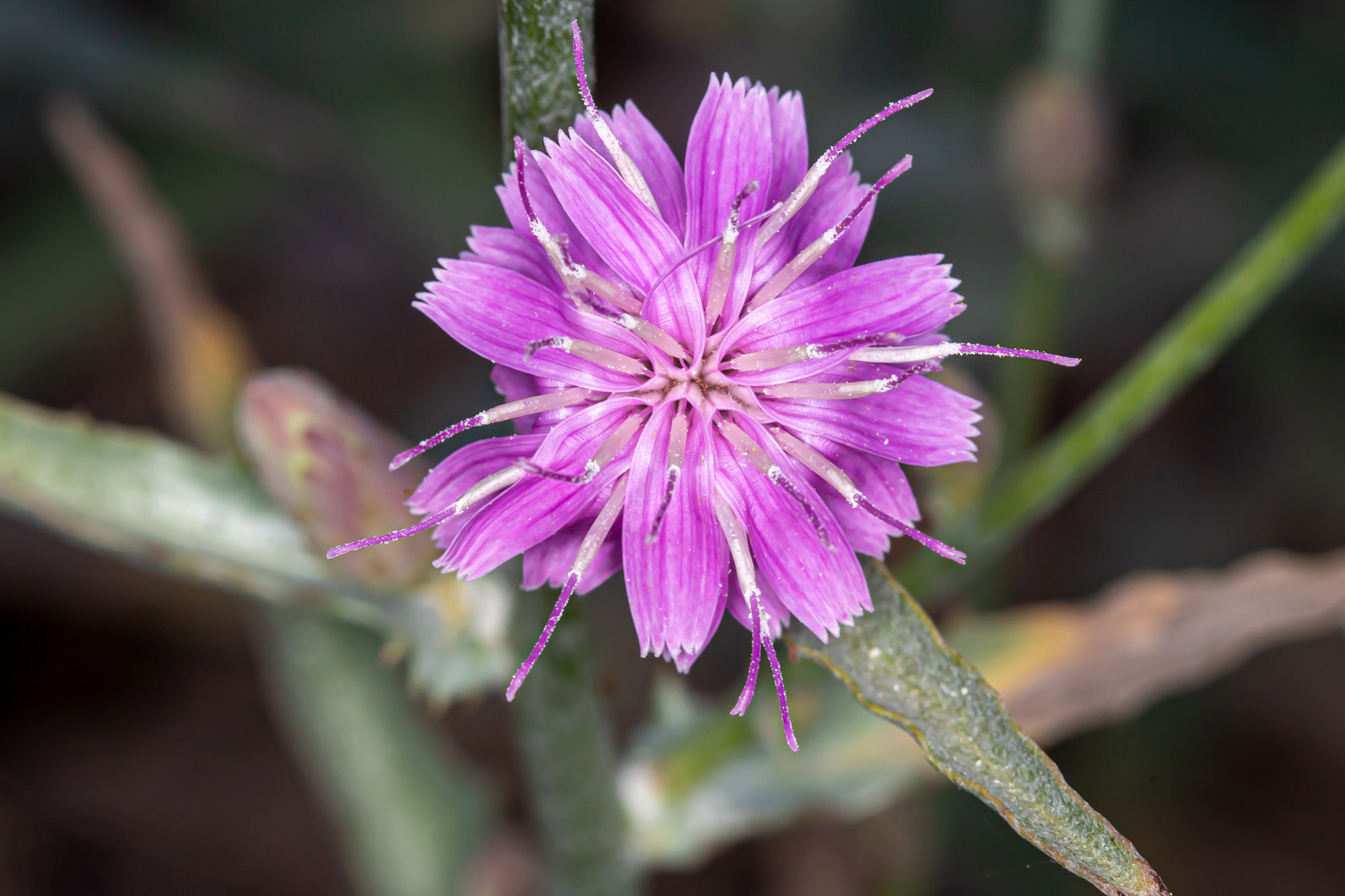 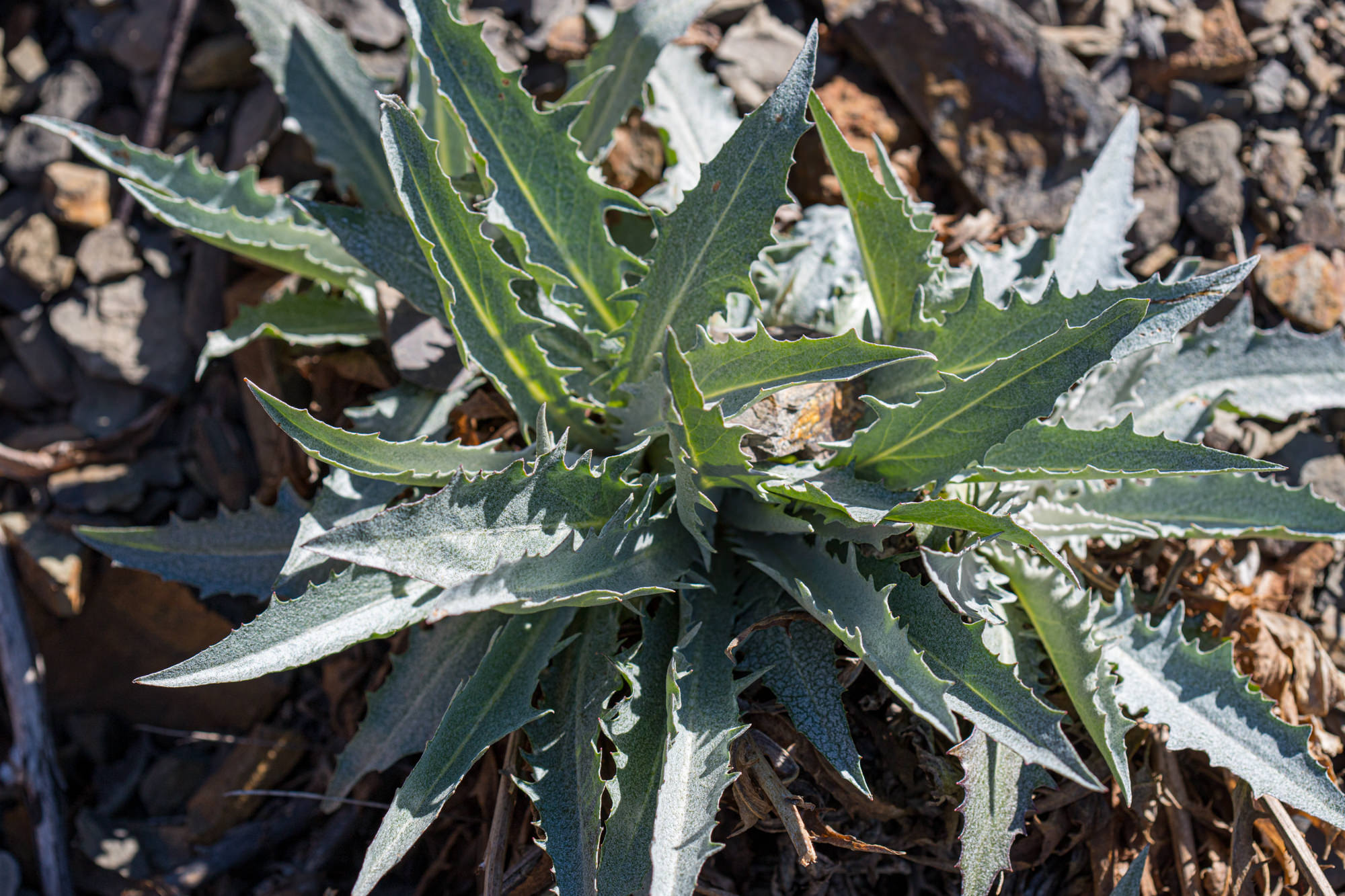 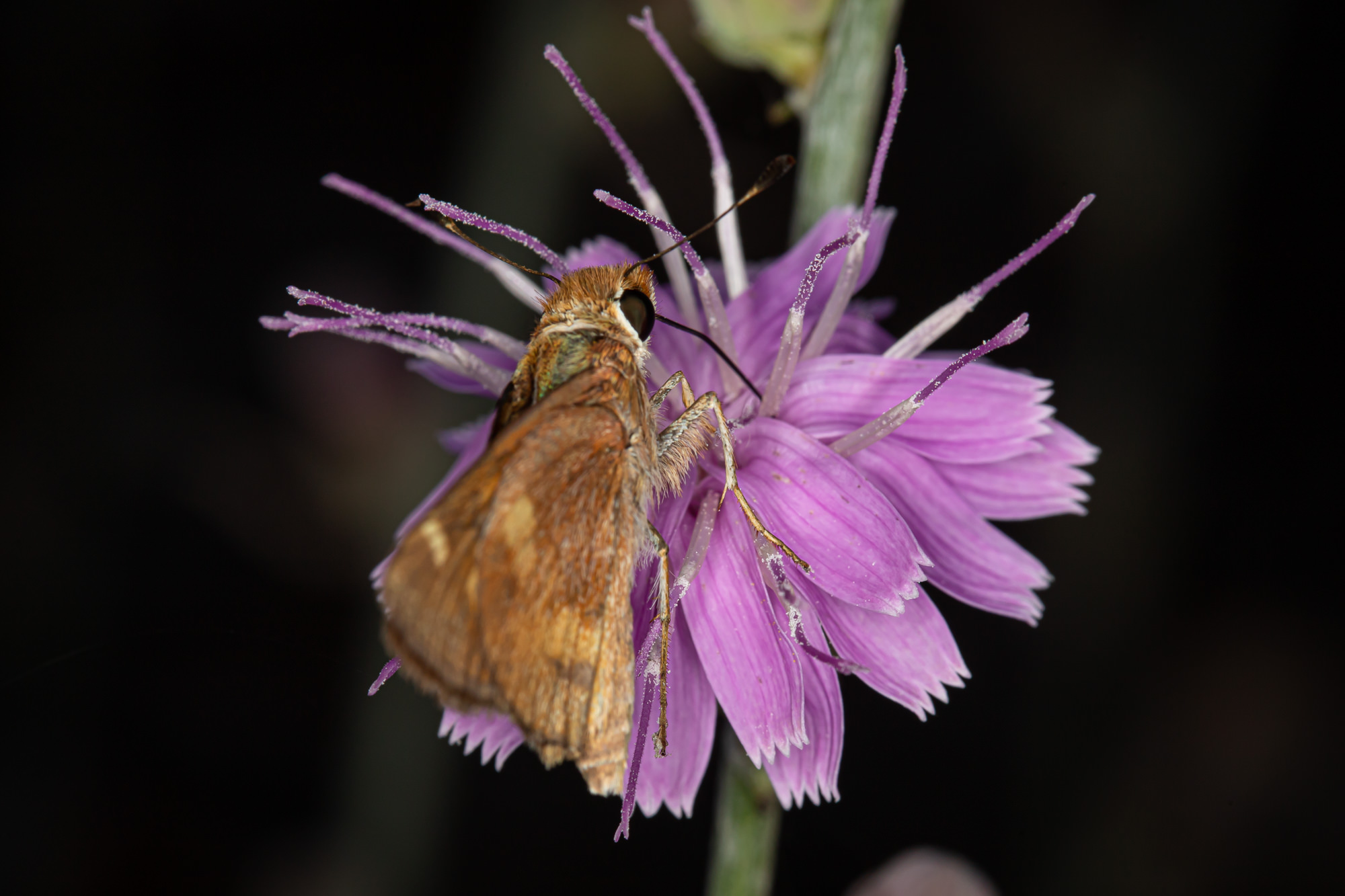 Stephanomeria cichoriacea is a species of flowering plant in the Asteraceae/Sunflower family known by the common names chicoryleaf wirelettuce and Tejon Milk-aster. Endemic to California, where it grows in the coastal mountain ranges like the Santa Monica Mountains - on rocky slopes and in open areas of Chaparral and Coastal Sage. The plant is a perennial, erect (does not sprawl and tends to grow vertical - 18 to 48 inches tall and produces a milky sap. Because this plant is a perennial, expect to see it year after year along the same part of the trail where you first see it. When the first flowers of spring are blooming, I look for the distinctive leaves staking out their usual spot with a fresh rosette of leaves. With each passing month as other flowers come and go, this plant continues to grow and thrive while on its way towards blooming in the middle of summer. As a summer blooming plant, expect to see bees, moths and butterflies looking for a meal.

This plant is one of several plants whose genus is Stephenomeria - more commonly known as wirelettuce, belonging to the family Asteracea. A common identifying feature: these plants have flowerheads made of Ray Flowers (the botanical term is Ligulate). There are no disk flowers. What you may think of as petals are actually ray flowers that have male and female reproductive parts. These ray flowers grow out of a common base - giving the appearance of a single flower. Stephanomeria cichoriacea distinguish itself by having the showiest flowers (often more than 13 Ligululate flowers per head) of this group of plants.

Milt`s book says this plant is uncommon. I have seen this plant the summit of Saddle Peak and on the trails around Circle-X (Mishe Mokwa and Sandstone Peak). Since the flower blooms in late Summer to early Fall this flower comes as a surprise to those who see it for the first time. How could something so beautiful bloom so long after Spring?

The flowers bloom on some very short stems and have a five toothed petals in purple to pink colors. The flower-heads are small less than an inch and a half in diameter with white pistils and stamens. The flower-heads have a Pappus (think Dandelion) similar to Cliff Aster, Twiggy Wreath, San Diego Milk-Aster among other flowers. The leaves are classified as alternate, oblong to oblanceolate and can be up to 8 inches long. Look for the the irregularly spaced teeth on the leaves. Typical of many plants, there is a basal rosette where the plant emerges from the ground and then alternating leaves up the stalks. Leaves do get smaller the farther away from the base that thye occur. The leaves remain on the plant through flowering season. When the plants are not in bloom, the leaves are distinctive enough to facilitate the identification of this plant - make a mental not to return to the location where you saw the leaves during the summer. You will be rewarded by the beautiful flowerheads!

Origin of name: Stephanomer`ia: derived from the Greek stephane, wreath or crown, and meros, division (ref. genus Stephanomeria) Amazing descriptions in some of these flower names!(ref. CalFlora Plant Name Origins). Found on CalFlora.net a wonderful site for native plant information.