Plant of the Month - Yerba Santa 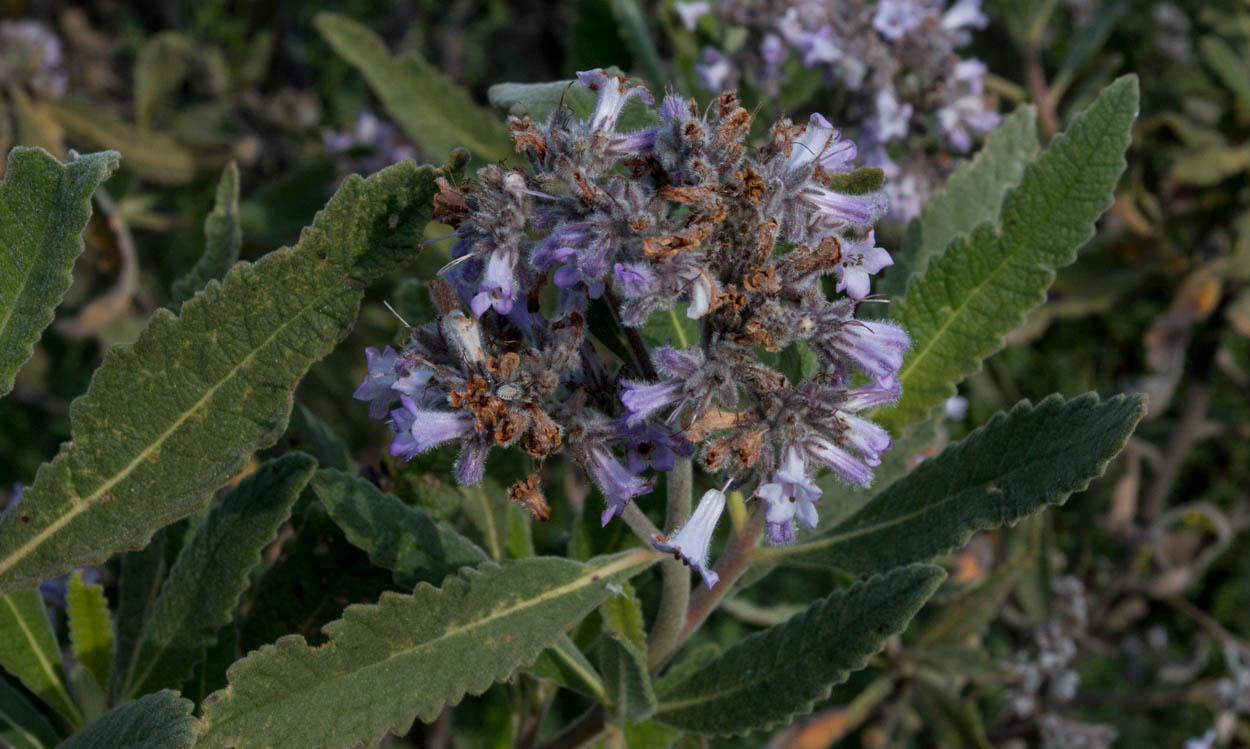 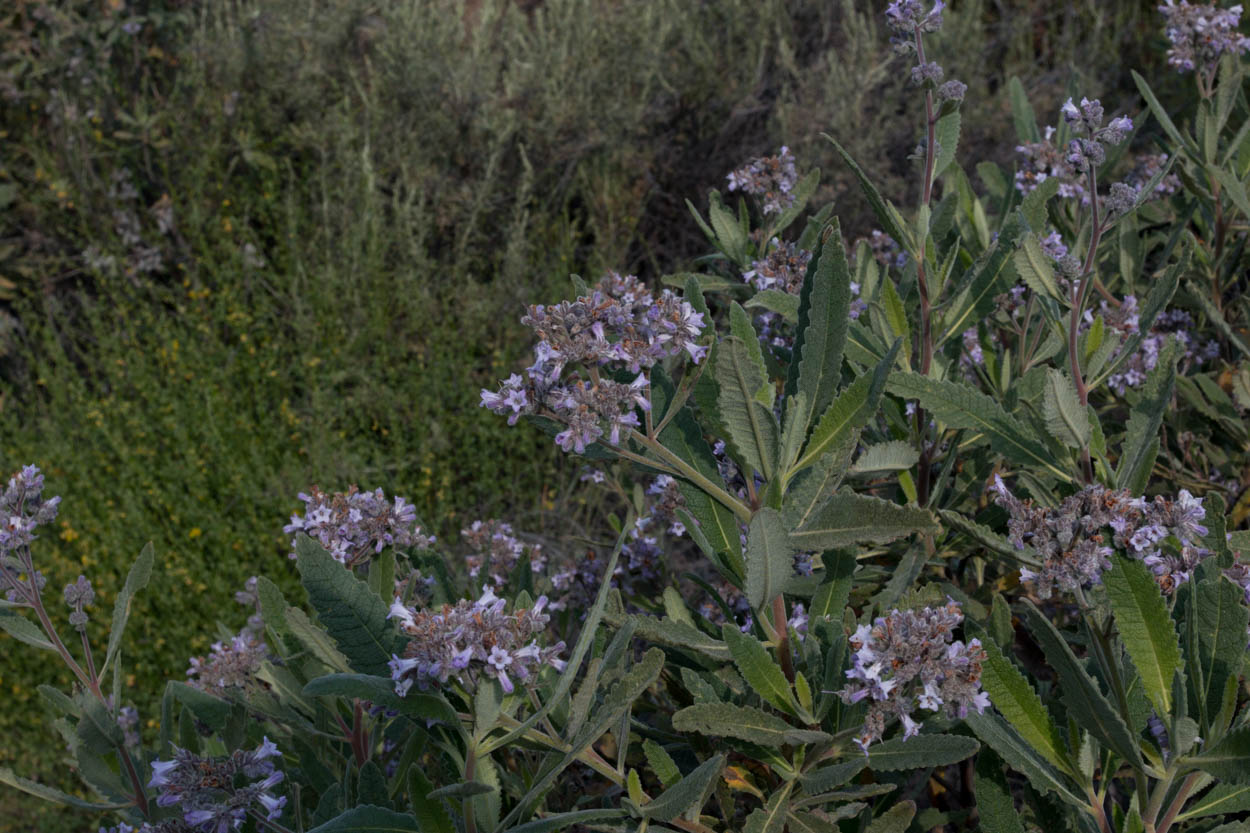 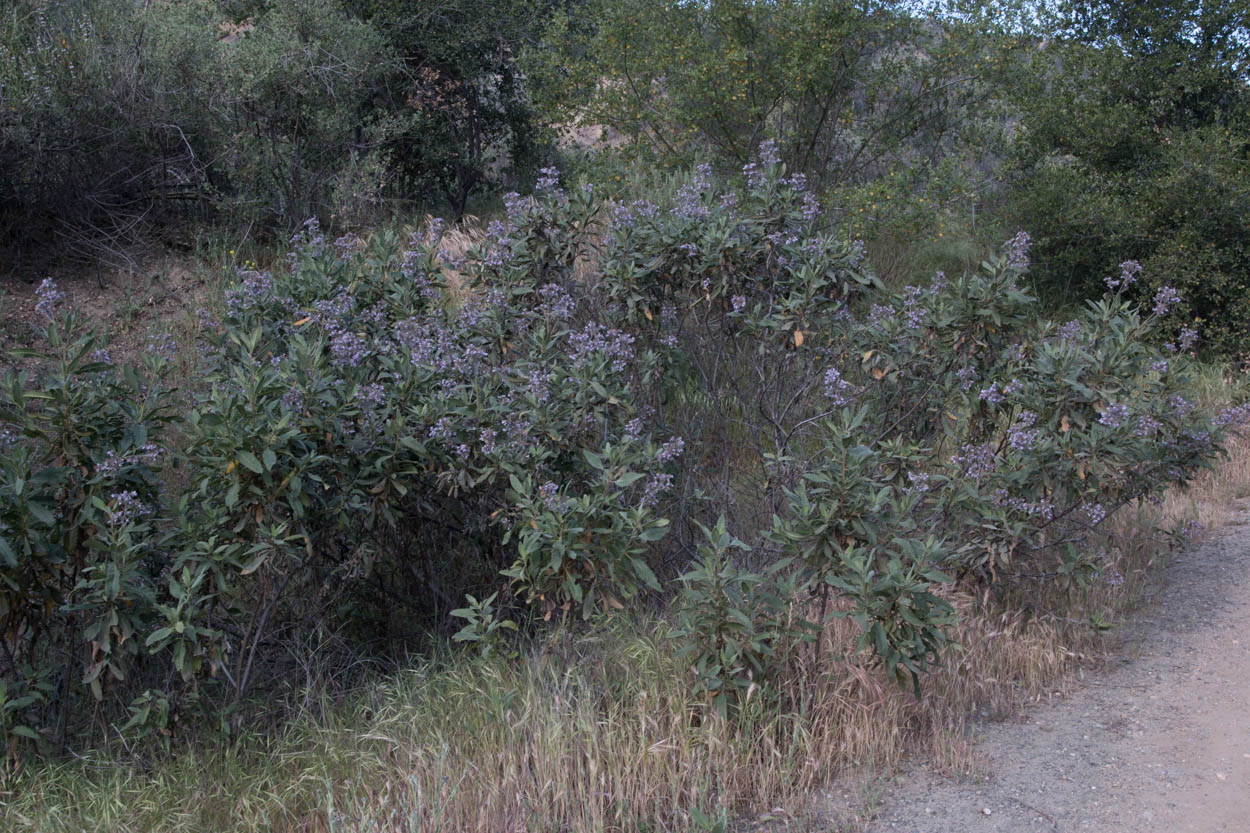 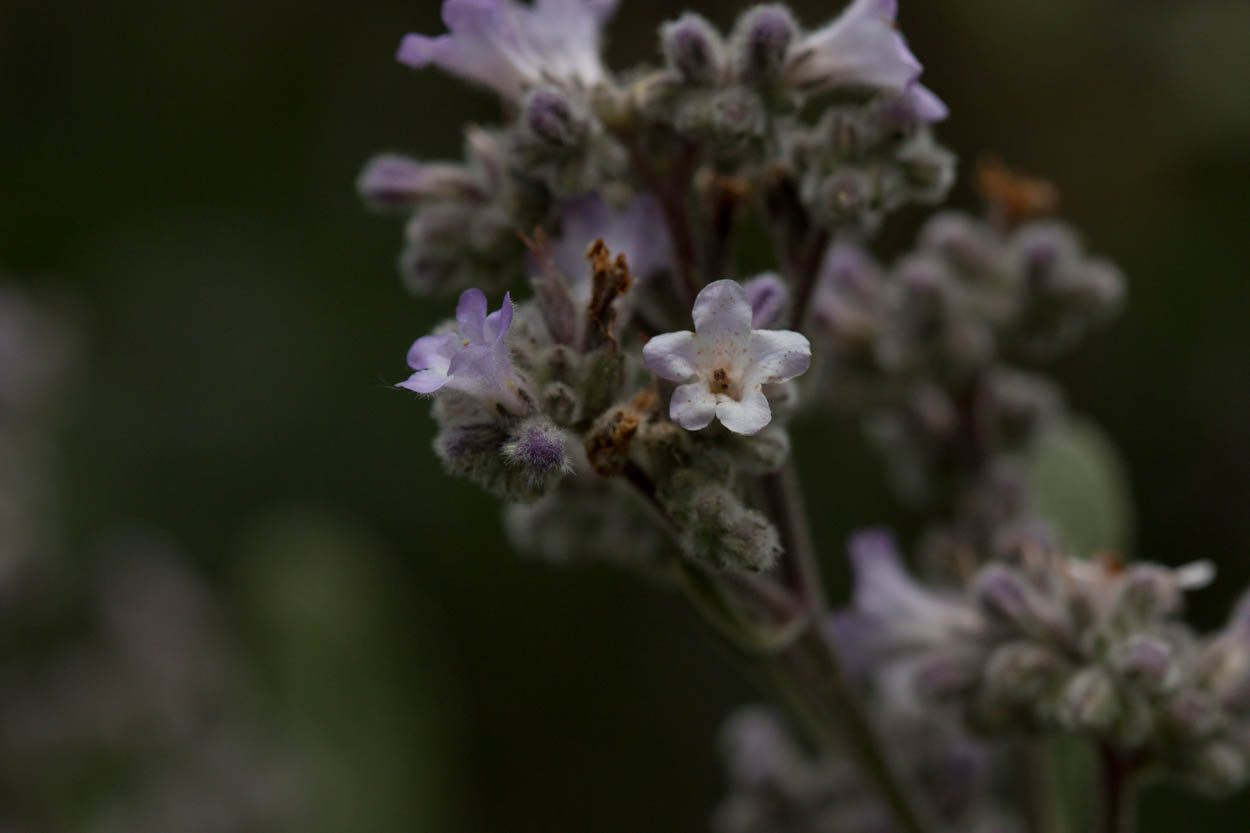 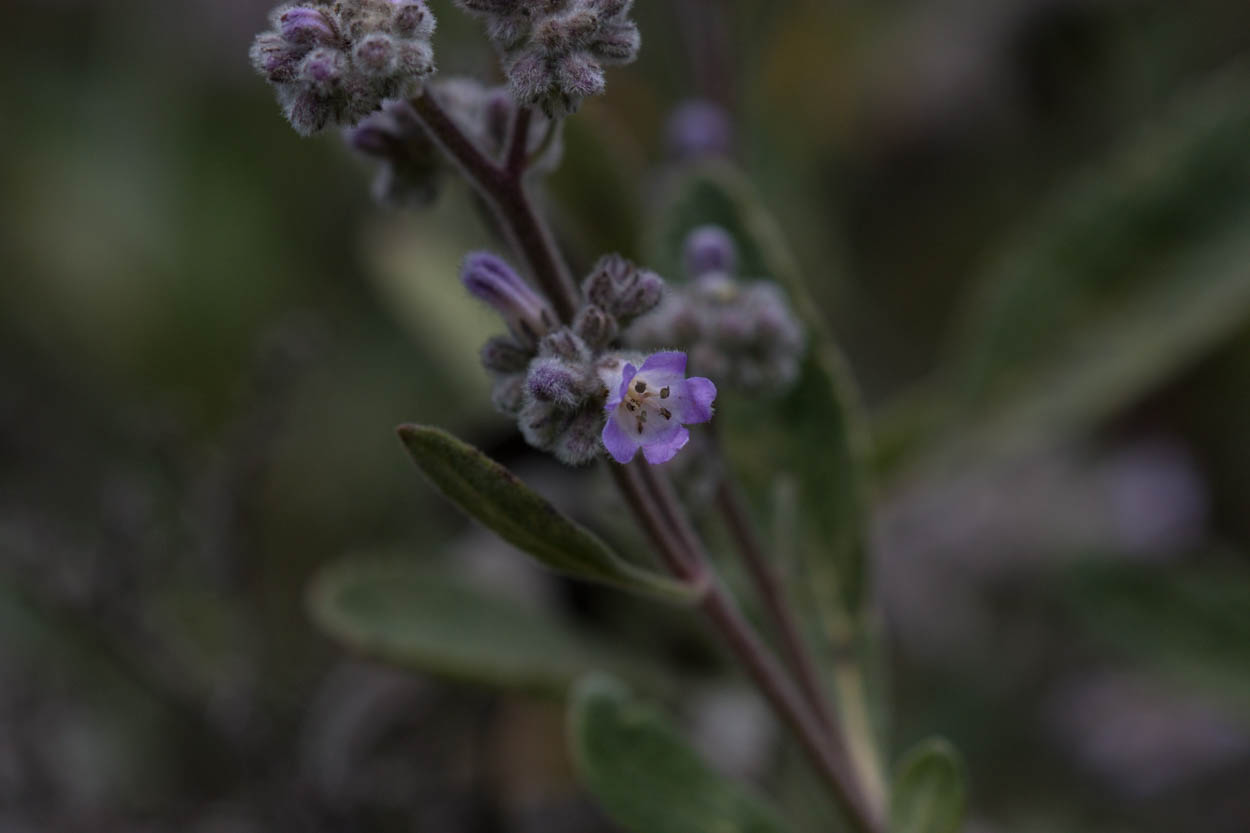 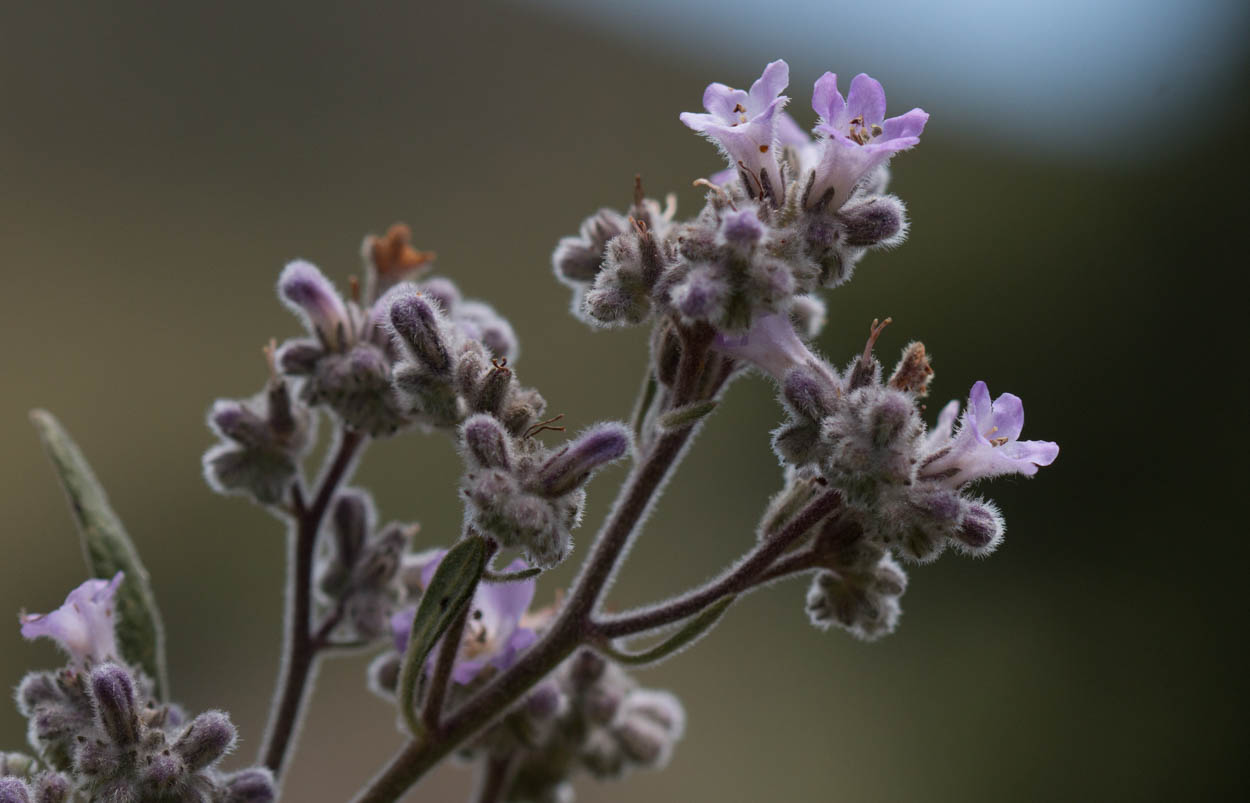 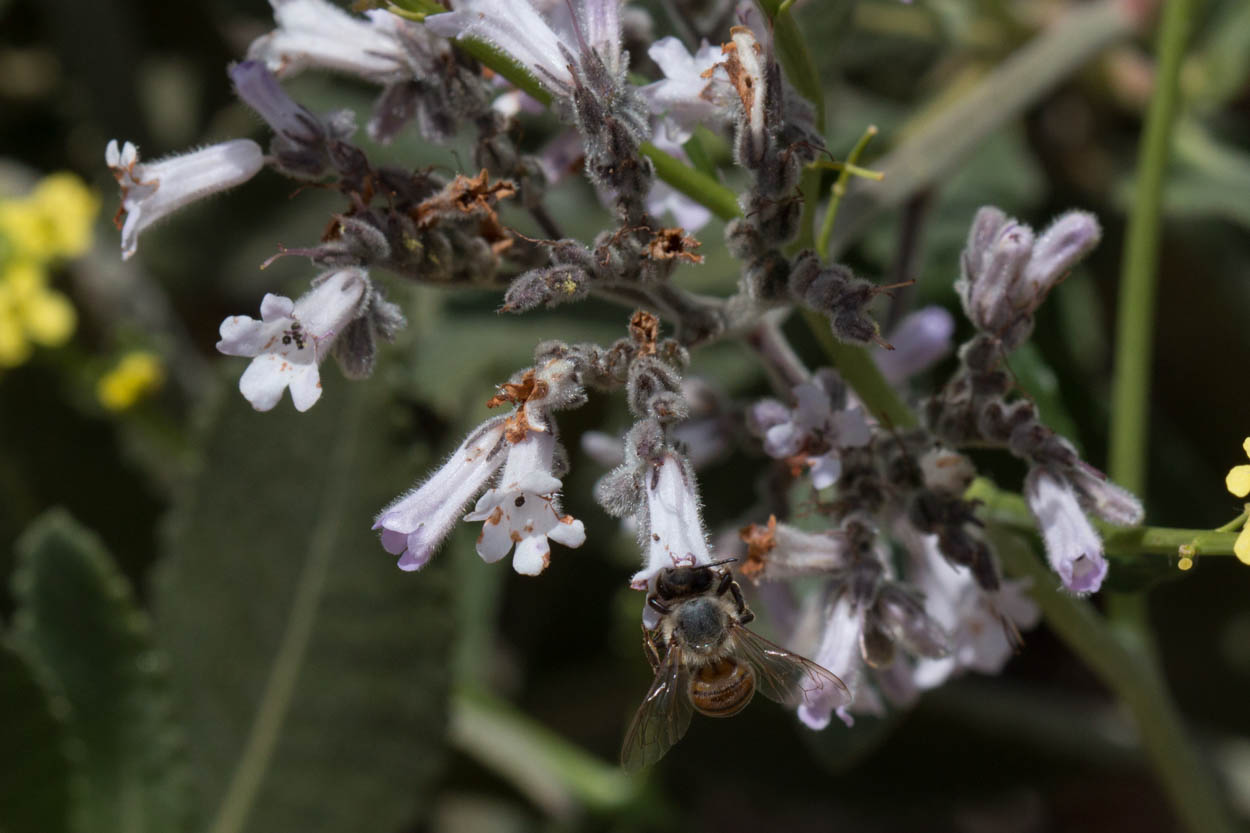 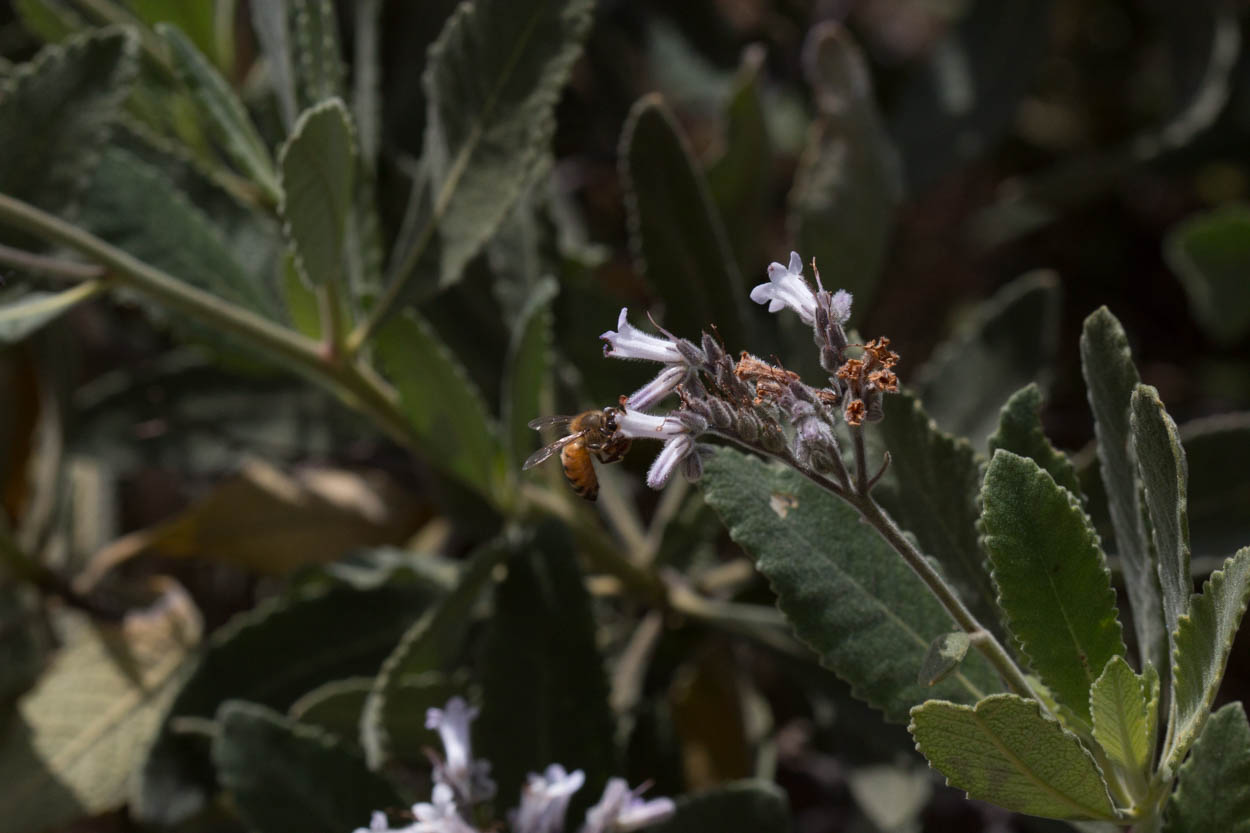 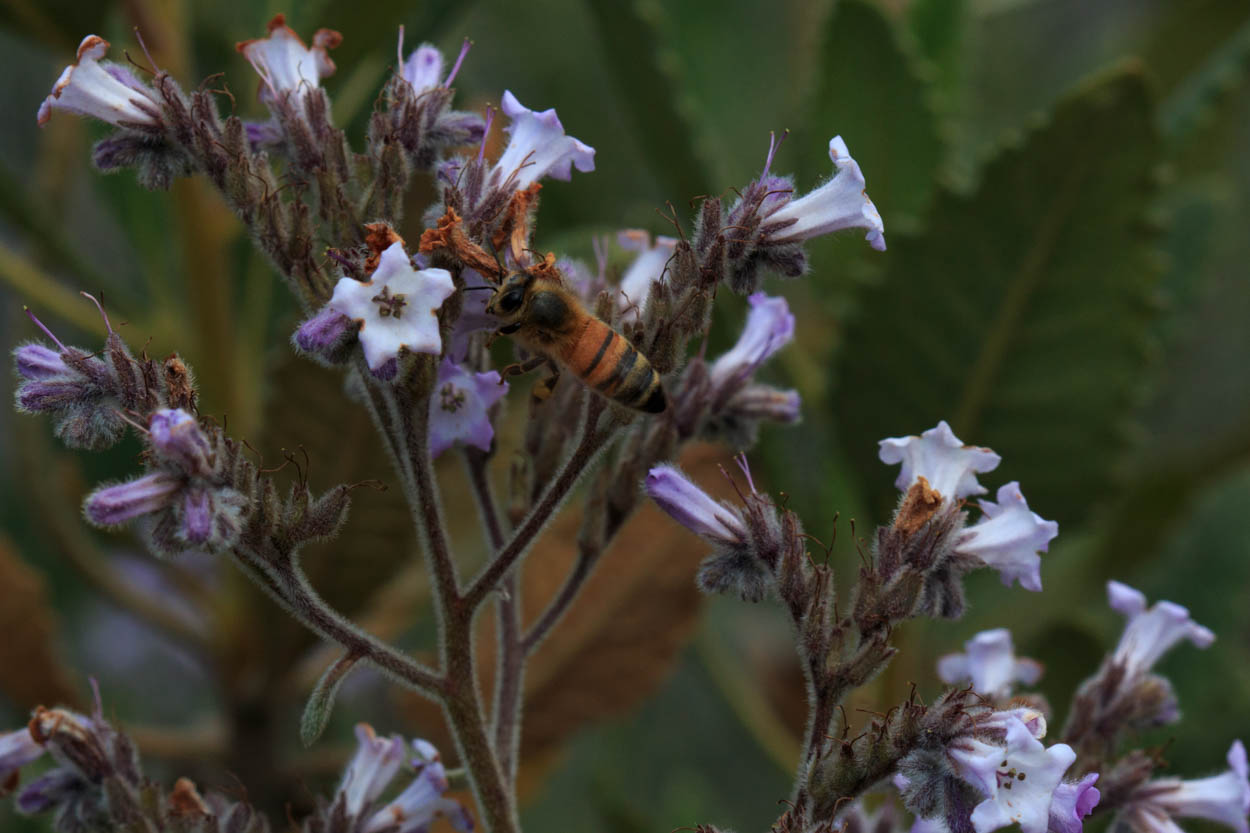 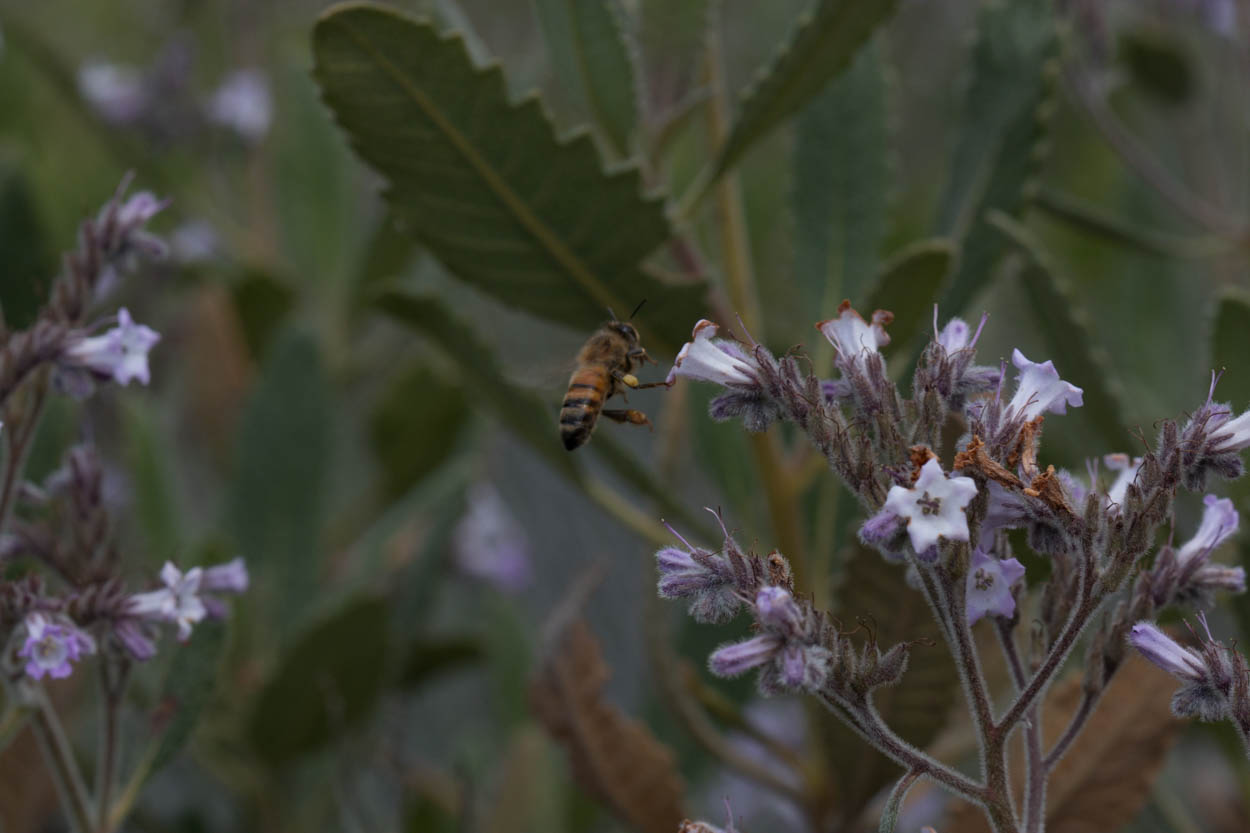 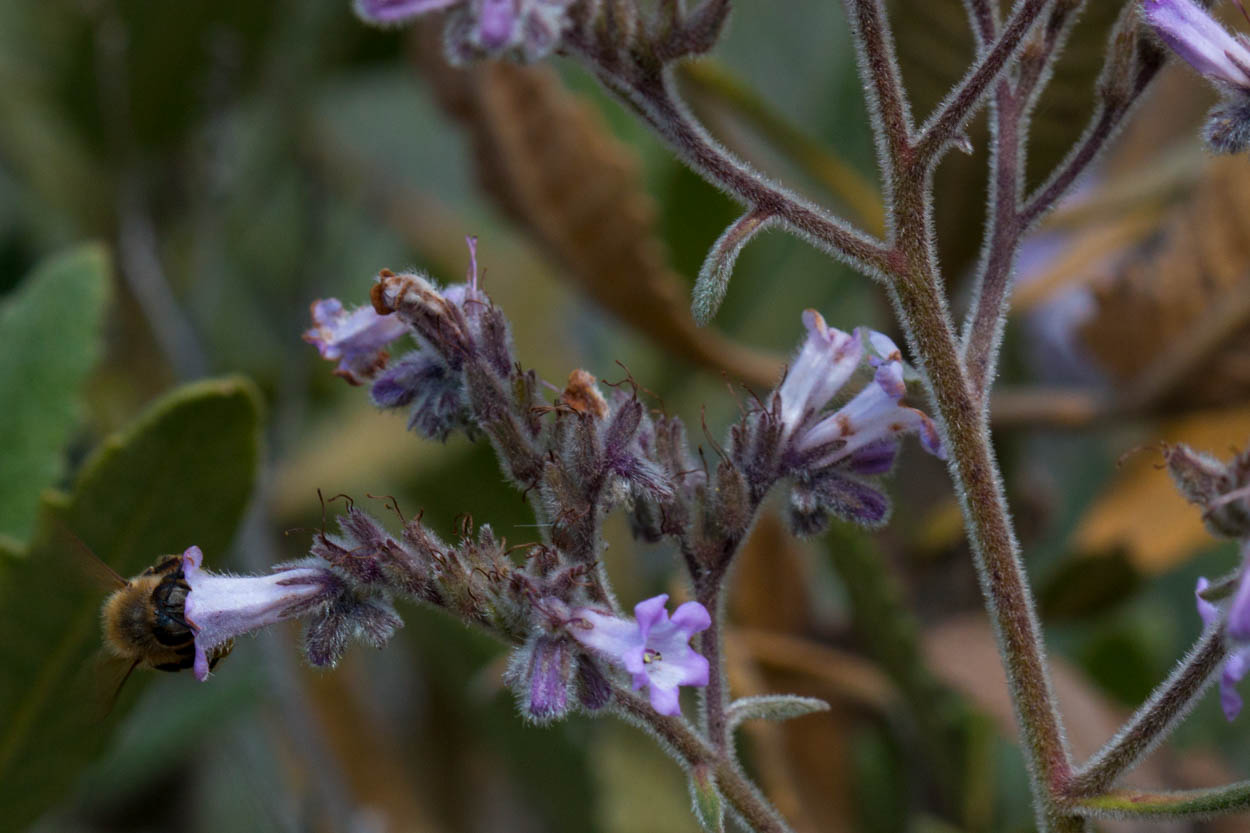 While not especially stunning at this time of year, you may encounter Yerba Santa putting forth fresh leaves along the trails in December. This aromatic evergreen shrub has thick, leathery and hairy leaves that start out a deep grayish-green and later in the season turn grayer and often appear dusty and shrivelled. It indiscriminately dwells in washes, mesas or slopes, generally wherever the soil is sandy and rocky.

Flowering happens in March through June, with groups of lavendar, tubular flowers appearing on the ends of the plant's stems. Leaves are lance- or oval-shaped, up to 6 inches long, and about an inch or two wide, with have sawtooth or scalloped edges. The base of the plant is woody, and the bark shreds.

Yerba Santa means "Holy Herb" in Spanish, and had several uses by both Spanish settlers and Native Americans in our region. The leaves made a nice tea and in addition were used medicinally in this manner for curing various respiratory ailments and fevers. Eriodichtyon means "wooly net", and crassifolium means "thick-leaved".