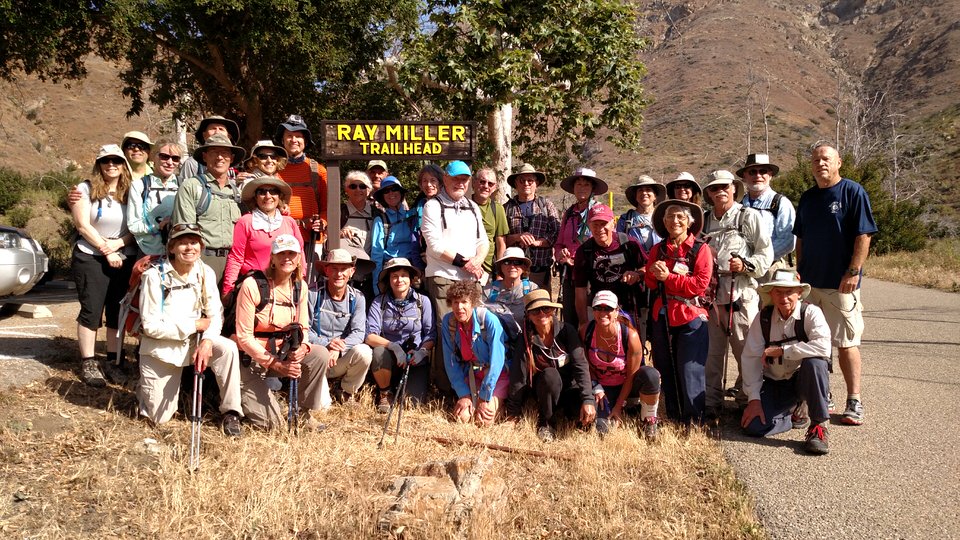 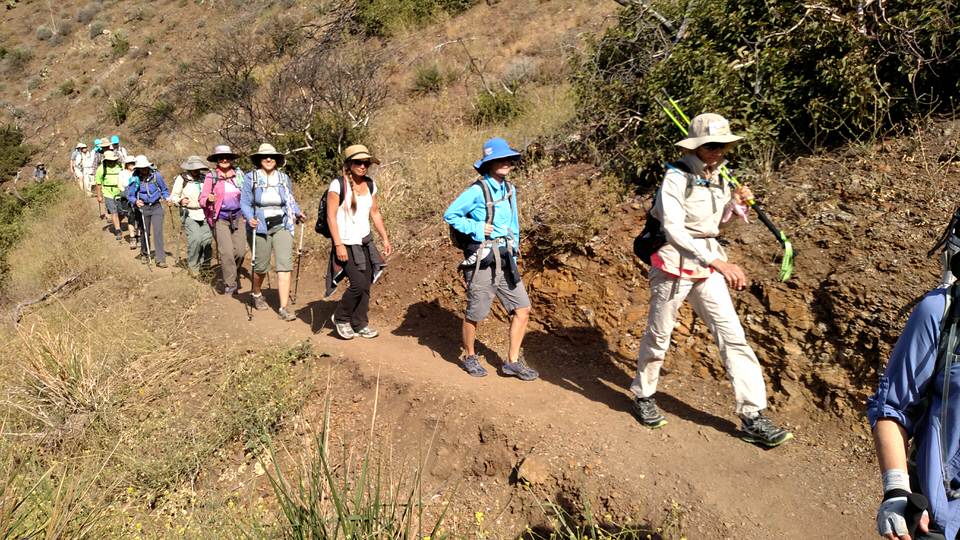 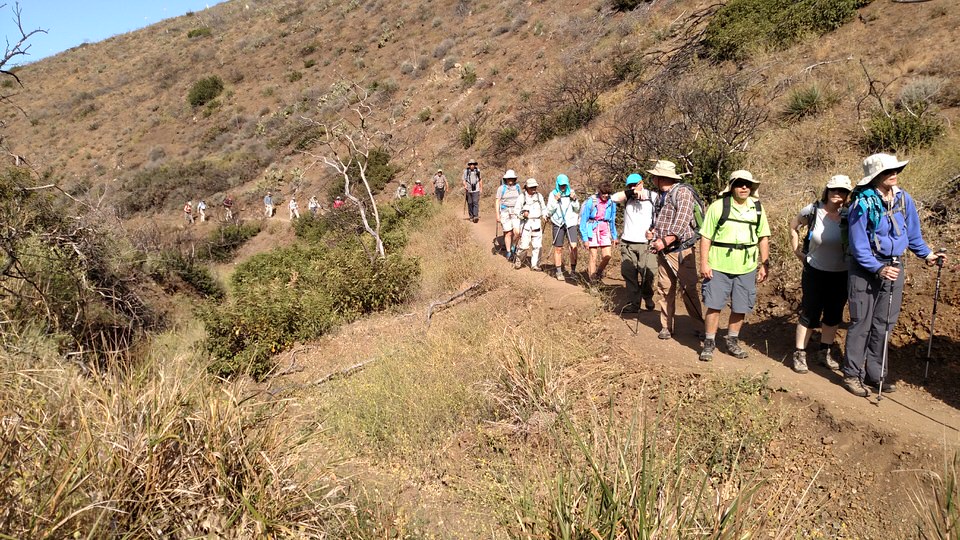 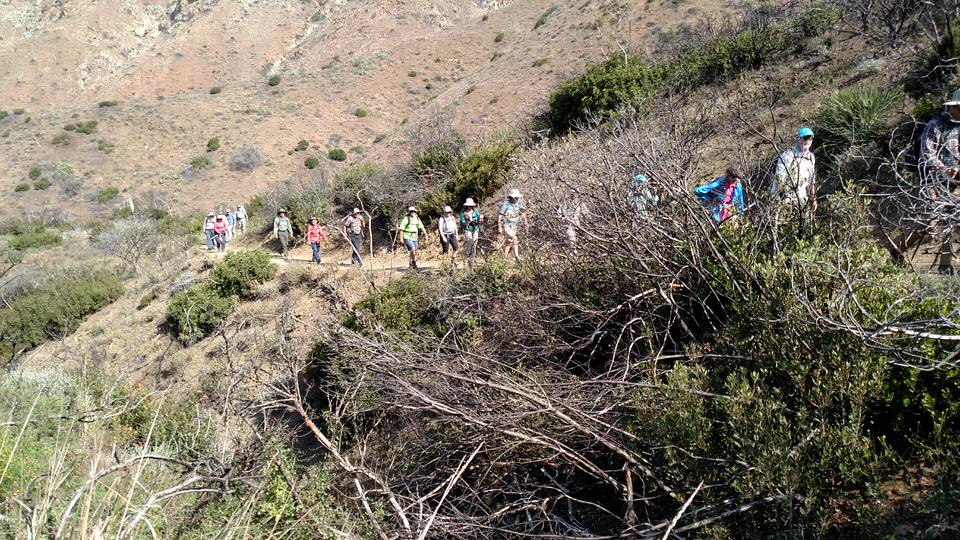 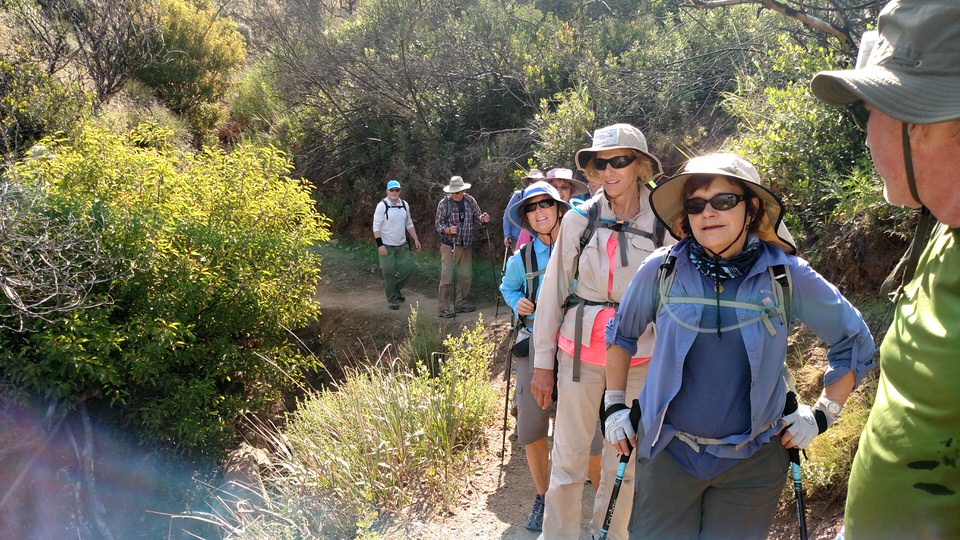 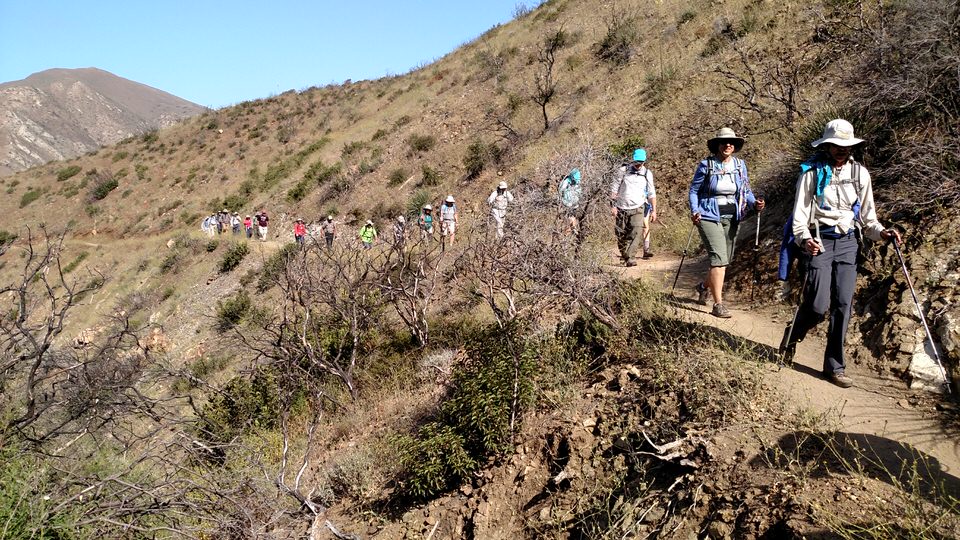 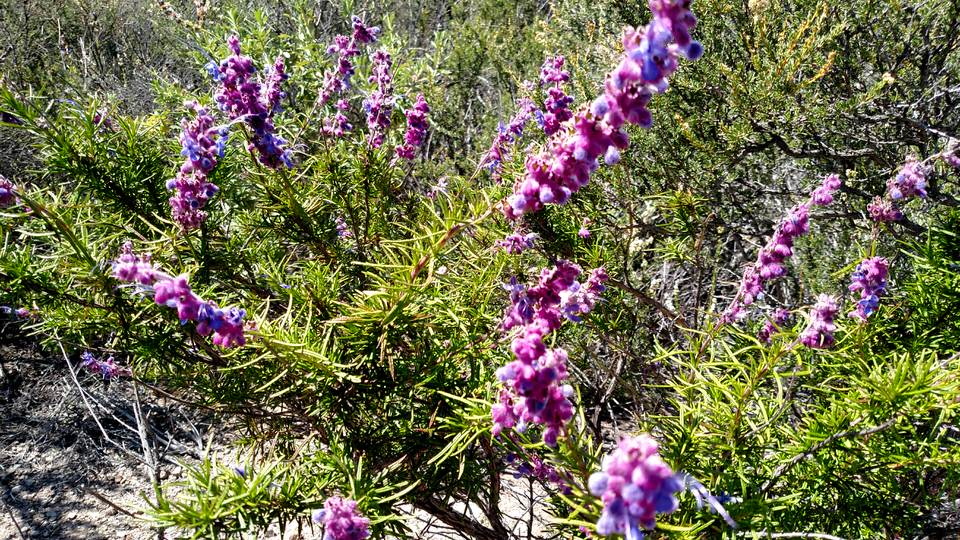 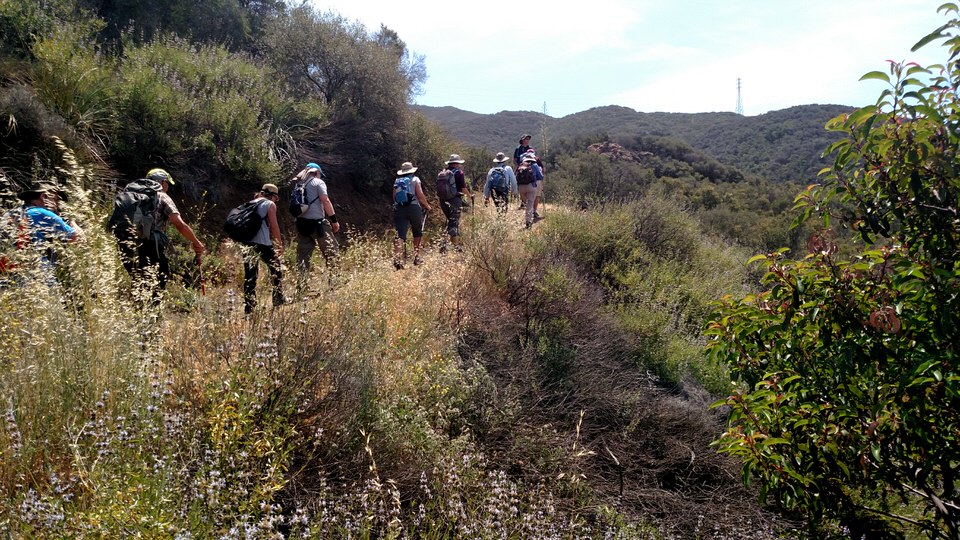 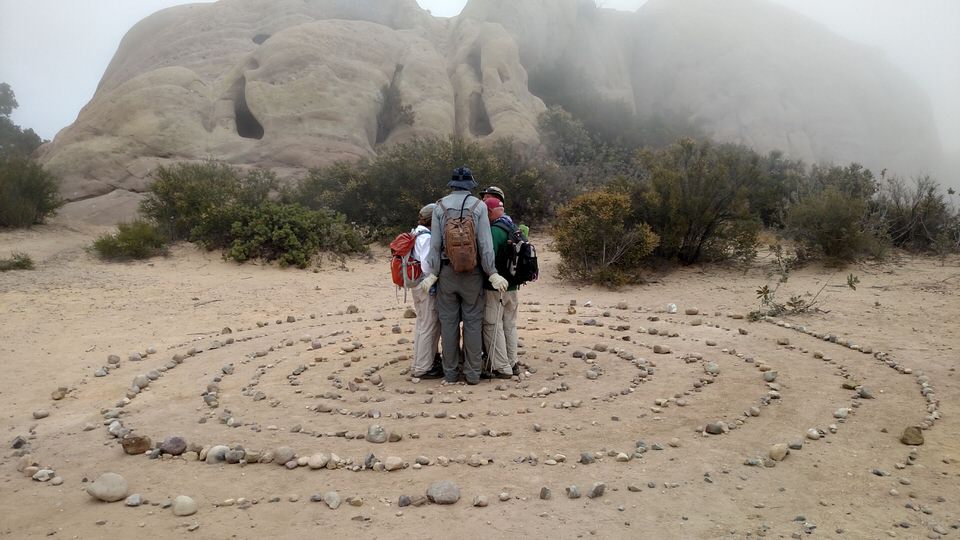 The 2016 Backbone Trek was conducted April 30 to May 7th and was a huge success. The event began with participant’s rendezvousing at Thornhill Broome Campground on the beach in Point Mugu State Park on Saturday. The hike began the next day, Sunday, and concluded sixty-eight miles later, the following Saturday, at Will Rogers State Historic Park. We had a great group of hikers. All were friendly, kind, and willing to help out whenever they saw a need. All comments during the week were positive and people felt the hike was better than they anticipated.
Hike leaders Dave Edwards and Richard Armerding set a moderate pace for each days hike while pointing out the diverse flora and fauna along the trail. Our hikers were very enthusiastic and kept pace the entire trek.  We may have broken some age records on this one as we had an almost 80 year old and an 85 year old, both of whom easily kept pace and finished the trek.  Although there weren't as many different kinds of wild flowers this year as compared to years past, they were very plentiful.  We counted some 80 or so unique flowering plants.  The most common were sticky monkey flower, buckwheat, Indian pink, yucca, Catalina Mariposa lily, deer weed, golden yarrow, pitcher sage, purple sage, black sage, caterpillar phacelia, large-flowered phacelia, popcorn flower, purple nightshade and wooly blue curls. Most out-of-area hikers were surprised at the diversity and beauty of the different eco systems and plant communities along the trail.
It seemed that everyone enjoyed the variety of camping locations, from sand, to oak trees, and then to stables. They particularly enjoyed the three nights at Malibu Creek State Park Group Area. Being there, allowed a few people to rest their bodies in a gorgeous setting. Carlyn Taggart did an excellent job with the volunteer cooks and even prepared two meals herself. The hikers raved about the quality and quantity of the food at each meal. Dinners were enjoyed by all. To quote Carlyn, “What's not to like about someone else cooking for you.”
Camp coordinator Diana Savage organized and hosted campfire gatherings each evening. People especially liked the campfires at Malibu Creek. We were visited one evening by Ruth Gerson, Trails Council charter member and past president, with her horse Crystal. Cynthia Maxwell joined us for dinner one evening with her red tailed hawk and park ranger Tony Hoffman attended one evening and performed a retiring of the flag ceremony. All visitors were entertaining and very informative.
We had several visitations with Pepe Le Pew, aka striped skunk. He didn't seem to get enough of our camp - actually his camp. He made some night time forays getting into our stash of recyclable bottles and cans, getting into one of the shower rooms and not wanting to come out right away. Perhaps the best romp was when he went into one of the restrooms (someone left the door open). But when we looked inside he was not there. Since there was a small crawl space linked to another restroom on the other side, perhaps, we thought, he went in there. We knocked on the door and it being occupied we advised there might be a skunk paying a visit. This could have been a catastrophe but, alas, he somehow escaped. He never sprayed even when he was chased away several times. This is the third year in a row Pepe has crashed our party and I'm sure it won't be the last. 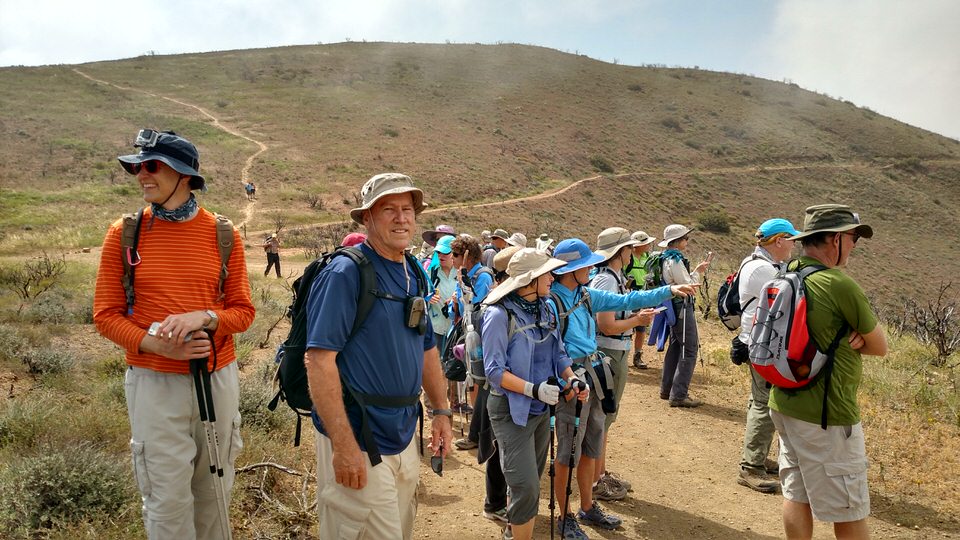 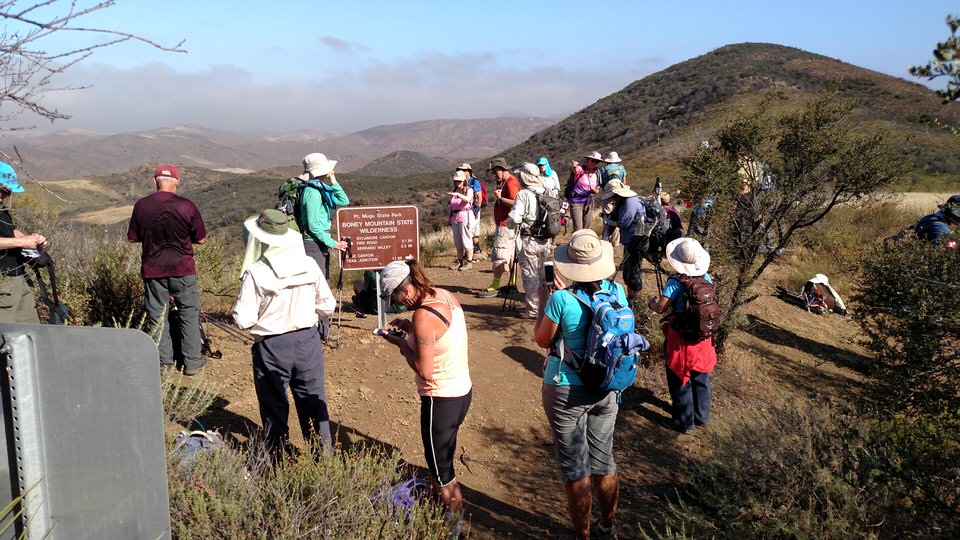 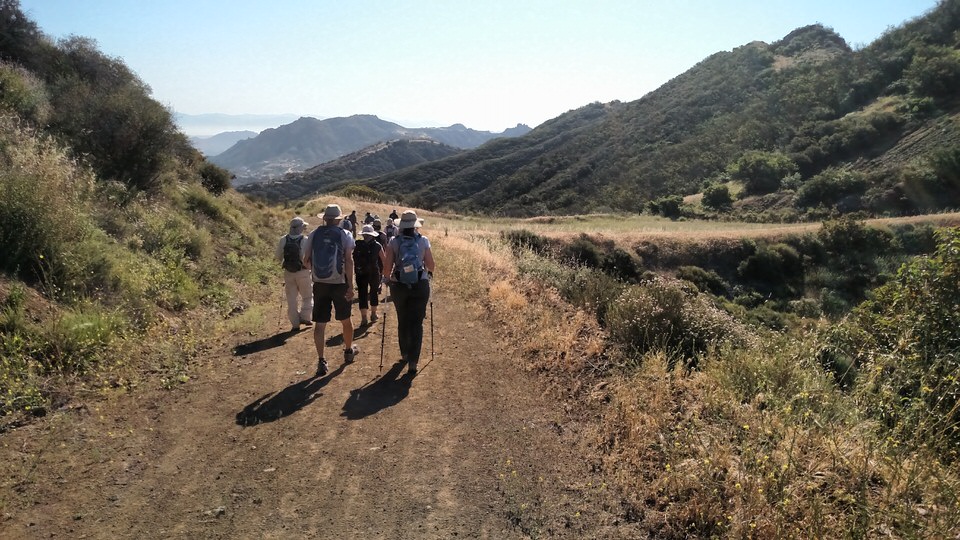 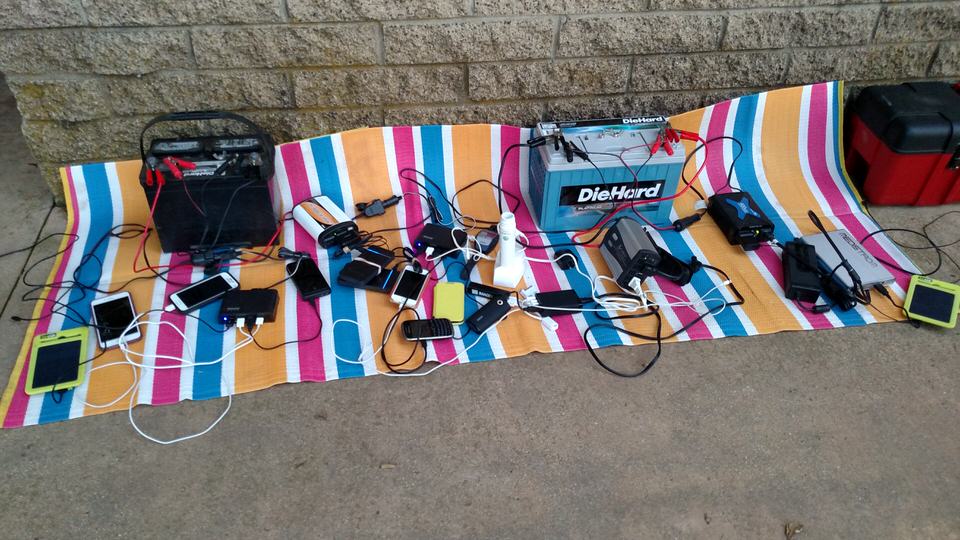 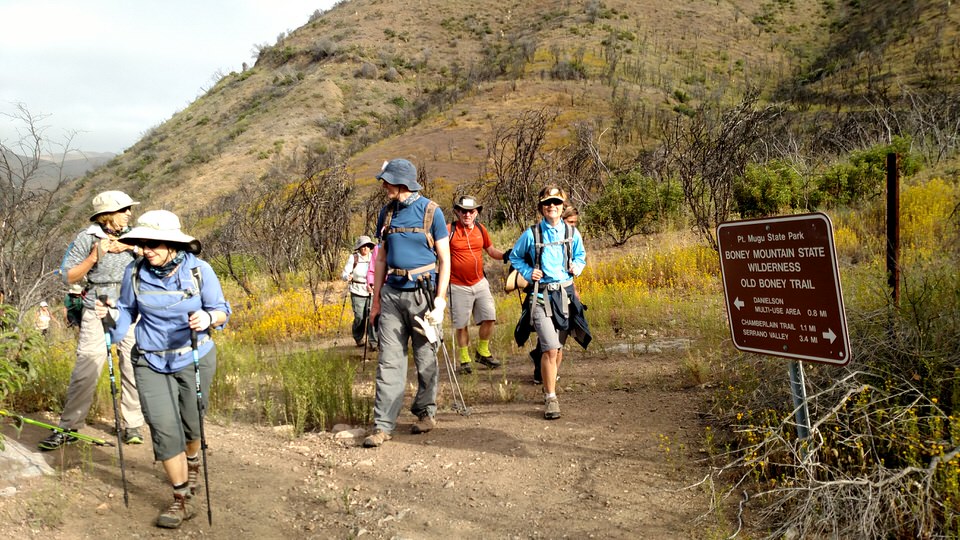 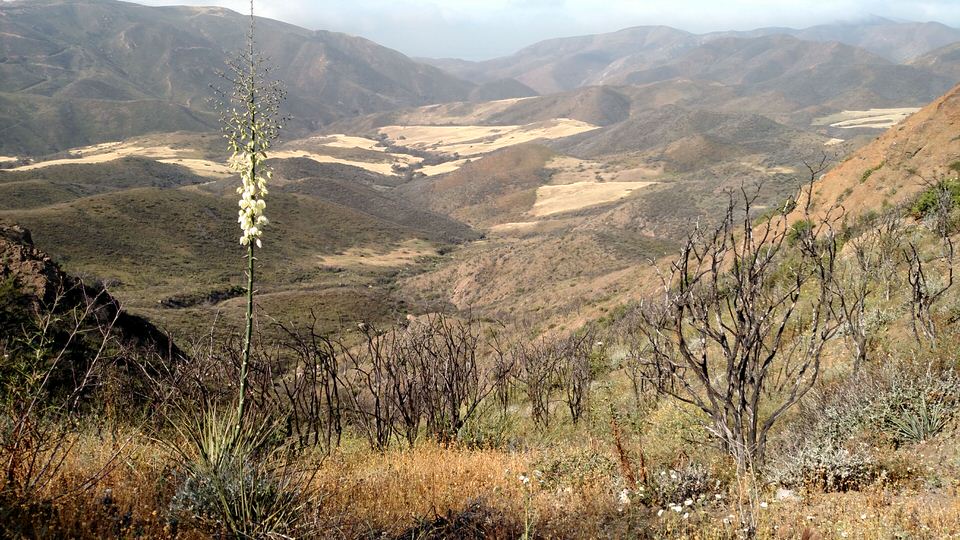 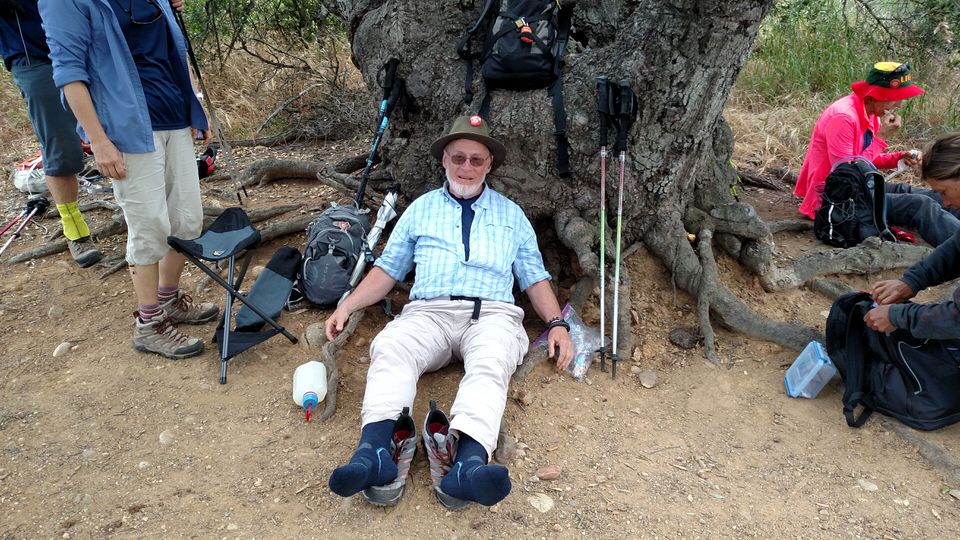 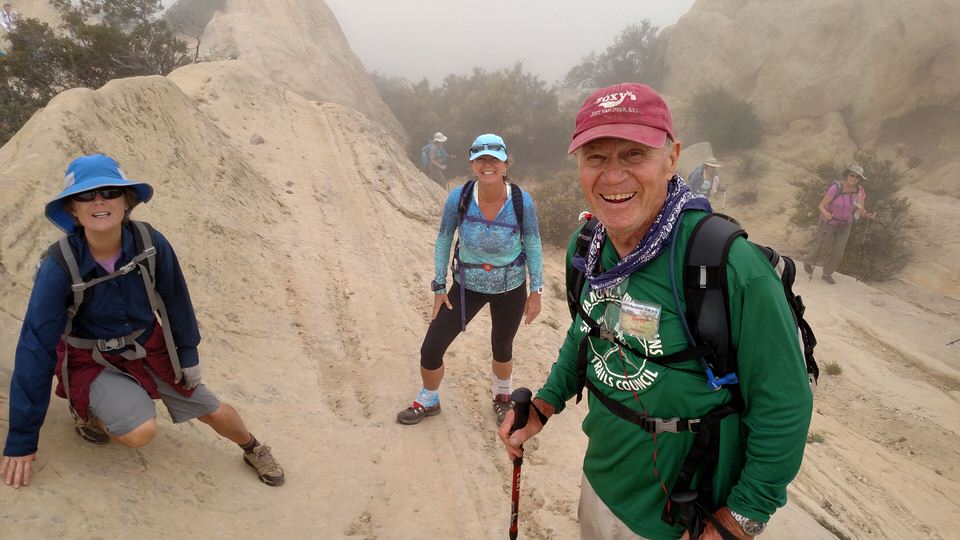 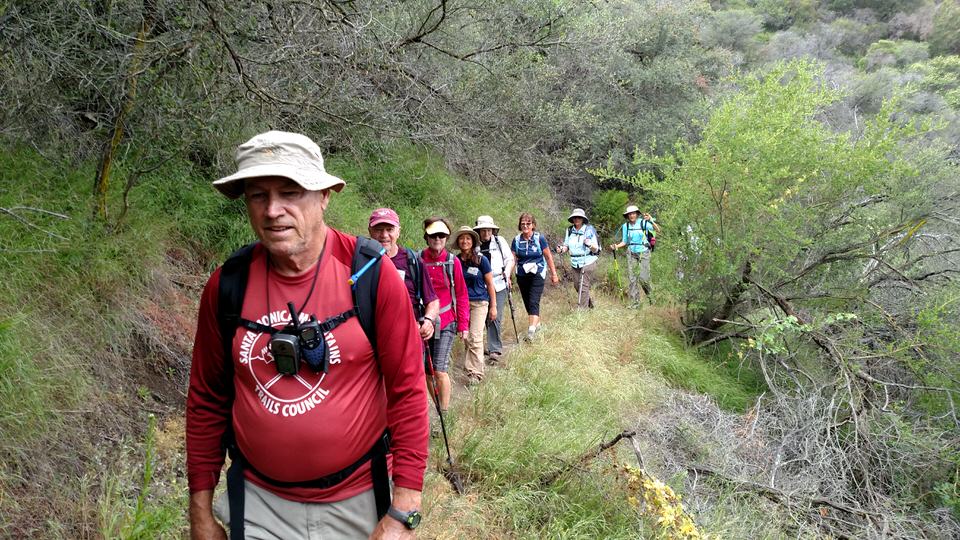 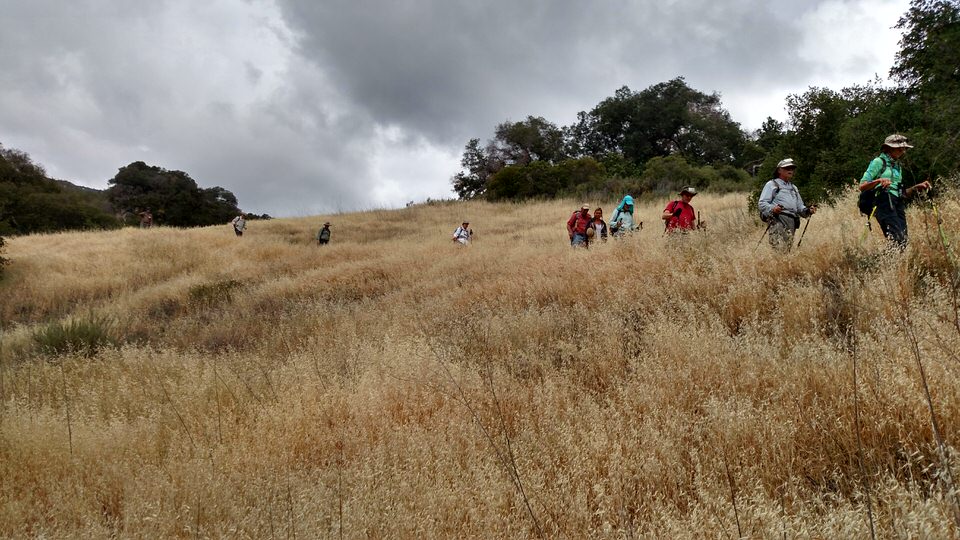