Most of the work we do is in the Santa Monica Mountains but several times a year our crew performs trail work in the Channel Islands National Park.

Santa Barbara Island, one of five Islands making up the Channel Islands National Park, is located approximately 47 miles southwest of Ventura.  This island has been closed to visitors for almost two years due to storm damage to the boat landing and the associated trail connecting the dock to the ranger station and campground.

The purpose of this project was to repair the damage to the Landing Cove Trail. Soon after we finished our work, the park was re-opened to visitors!

This trail extends steeply uphill for approximately 650 feet and includes over 170 steps.  The trail has had minimal maintenance for several years, resulting in generally poor trail conditions.  Last year’s storms further damaged the path, creating unsafe conditions.  The three-person crew deployed to the island for a week to repair existing damage. Additional drainage features were installed to deter future erosion. The project began with the removal of large amounts of slough and vegetation encroaching on the trail.  Water flowing off the hillside had eroded the steps. Rocks and dirt were used to fill trenches and ruts between steps. Replacement of several rotted steps was next.  Essential to redirect the flow of water, was the installation of three drains and 75 feet of wattles (see definition below) Several dozen feet of the berm was removed from the downside of the trail to improve drainage of water off the trail.

This project has restored the trail to a safe condition. These improvements will remove one of the obstacles to reopening the trail to the public. Thank you to Jerry, Dave and Barry for taking on this project!

Slough and berm are terms to describe the redistribution of soil on our trails. Dirt, loosened by thousands of hooves, shoes and tires, mixed with rocks & organic matter on the downslope side, over time a raised berm is created. This buildup traps and diverts water down the trail rather than off. On the uphill edge, a similar process creates slough as soil slides down the slope onto the tread. Tread work involves removing both berm and slough to create an outslope—where the trail gently slopes from the uphill side to the downhill side which encourages water to flow off the trail.

Wattles are an erosion and sediment control device used to minimize erosion on recently burned slopes or where there is no vegetation. Wattles assist in stabilizing a slope by shortening the slope lengths, reducing water flow velocities and trapping sediment on site. They are often made from straw or wood shavings and wrapped in burlap. A common size for wattles is 8 inches in diameter by 25 feet in length. Wattles used in this project, biodegrade in little over a year and by trapping sediments, provide a fertile seedbed for plants to reduce future erosion. 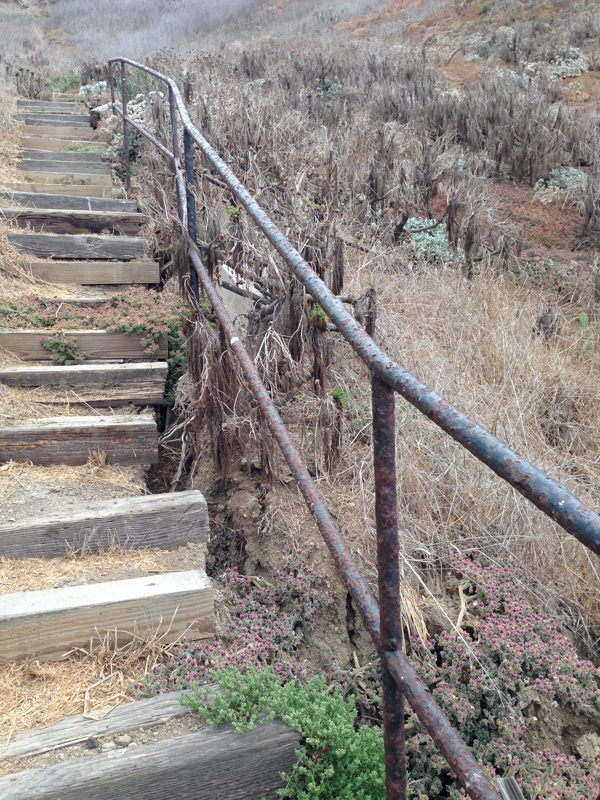 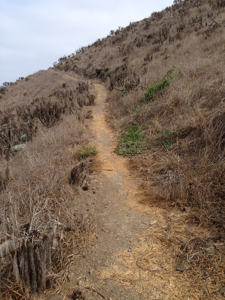 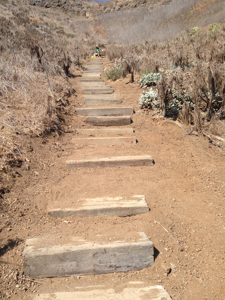 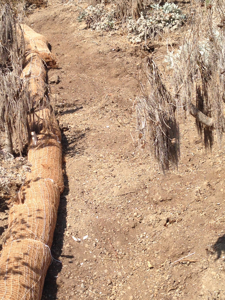