Plant of the Month - Slender Tarweed 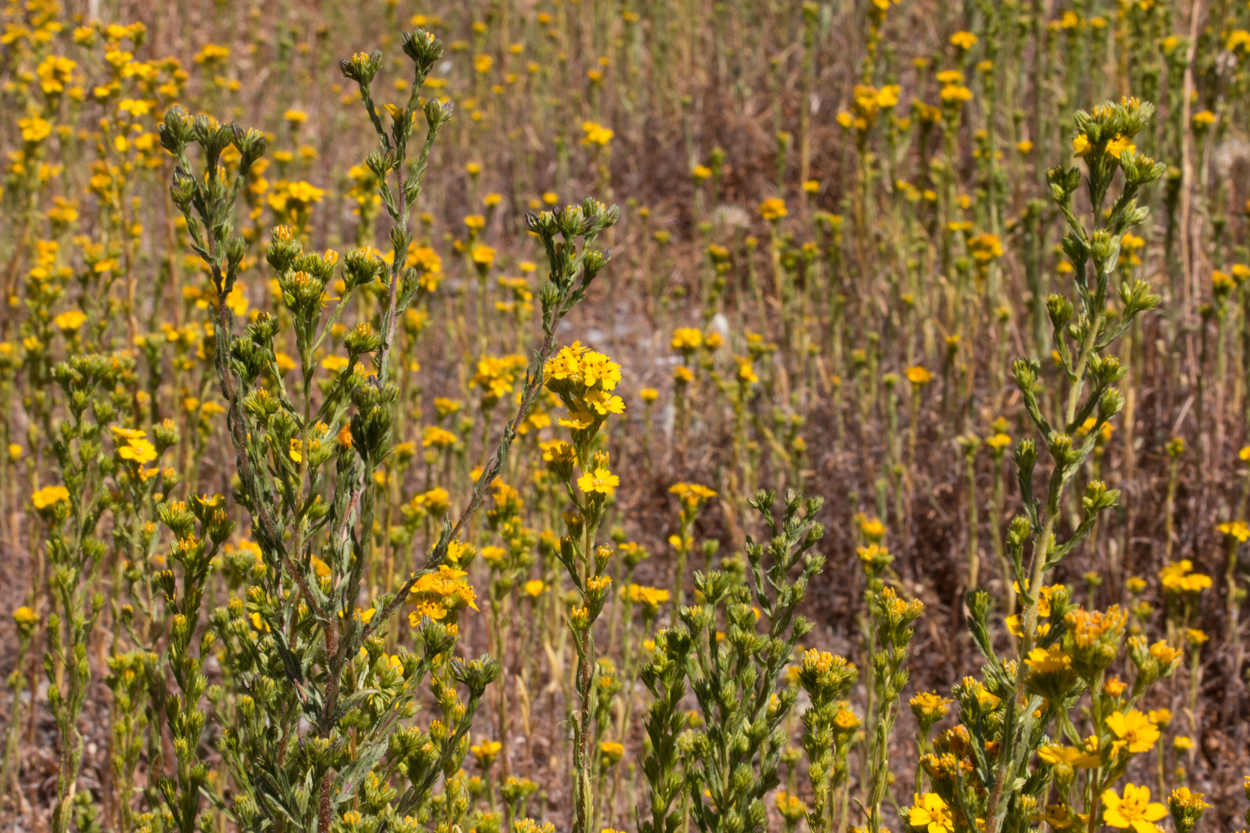 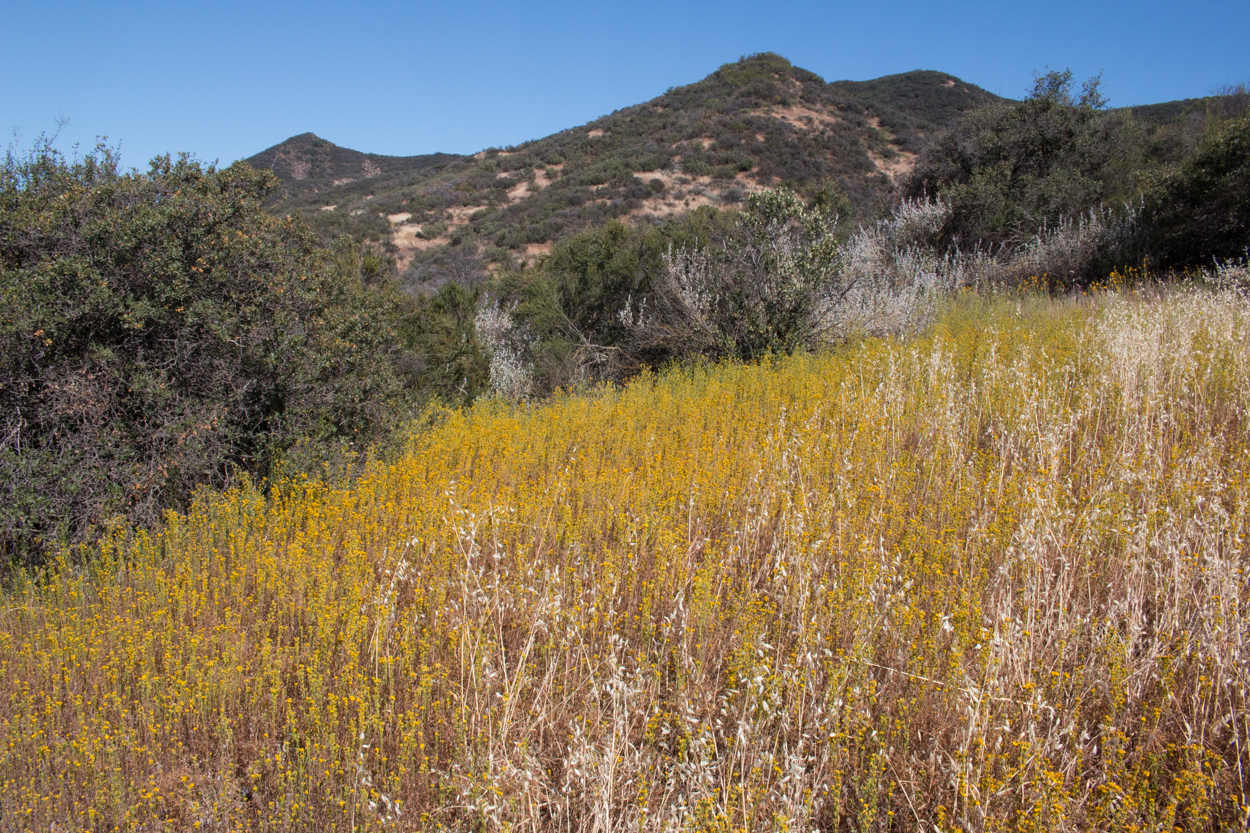 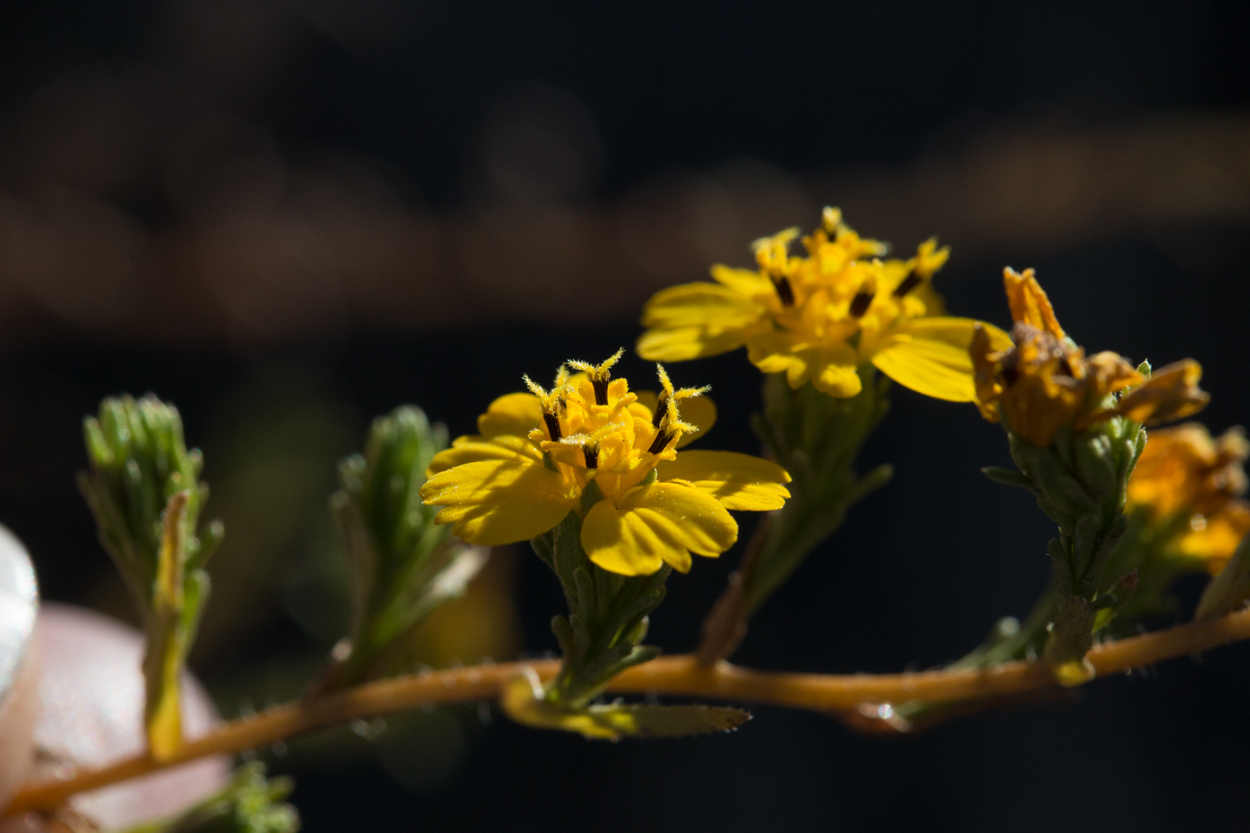 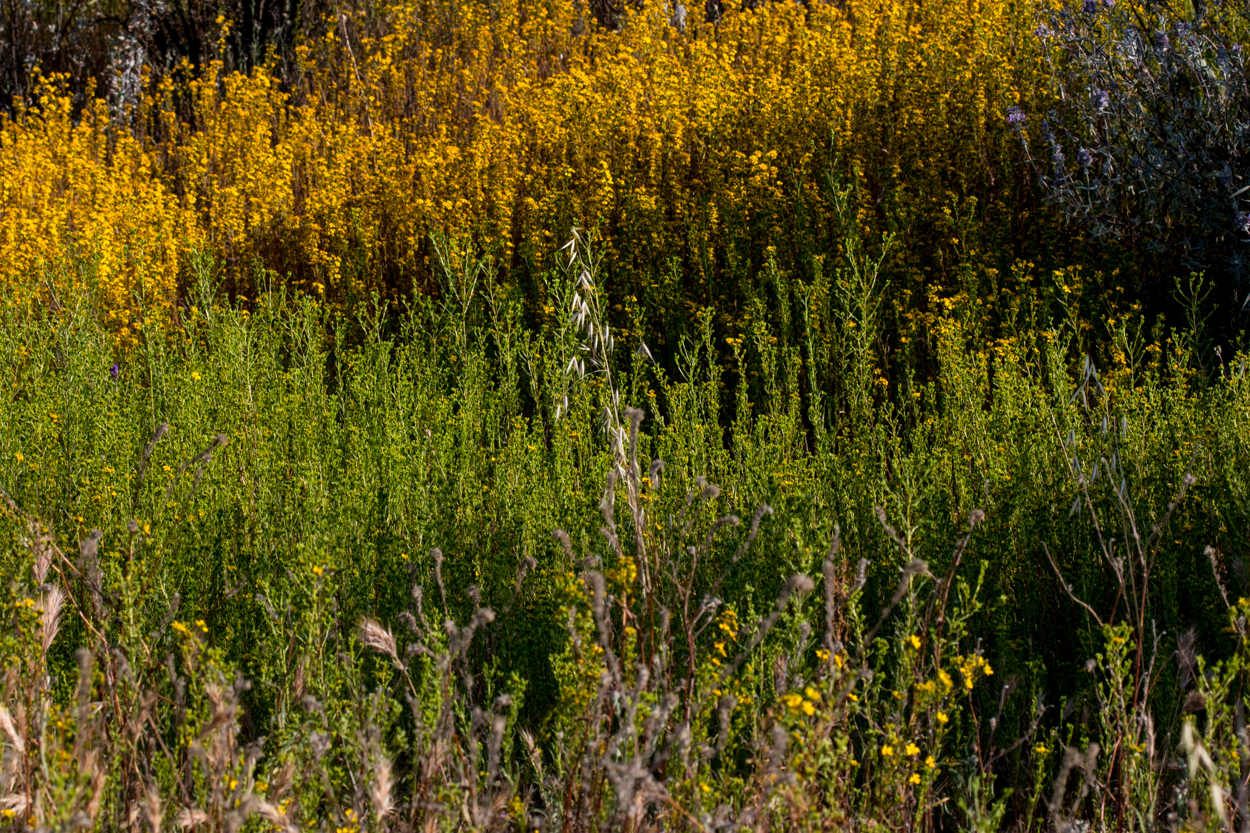 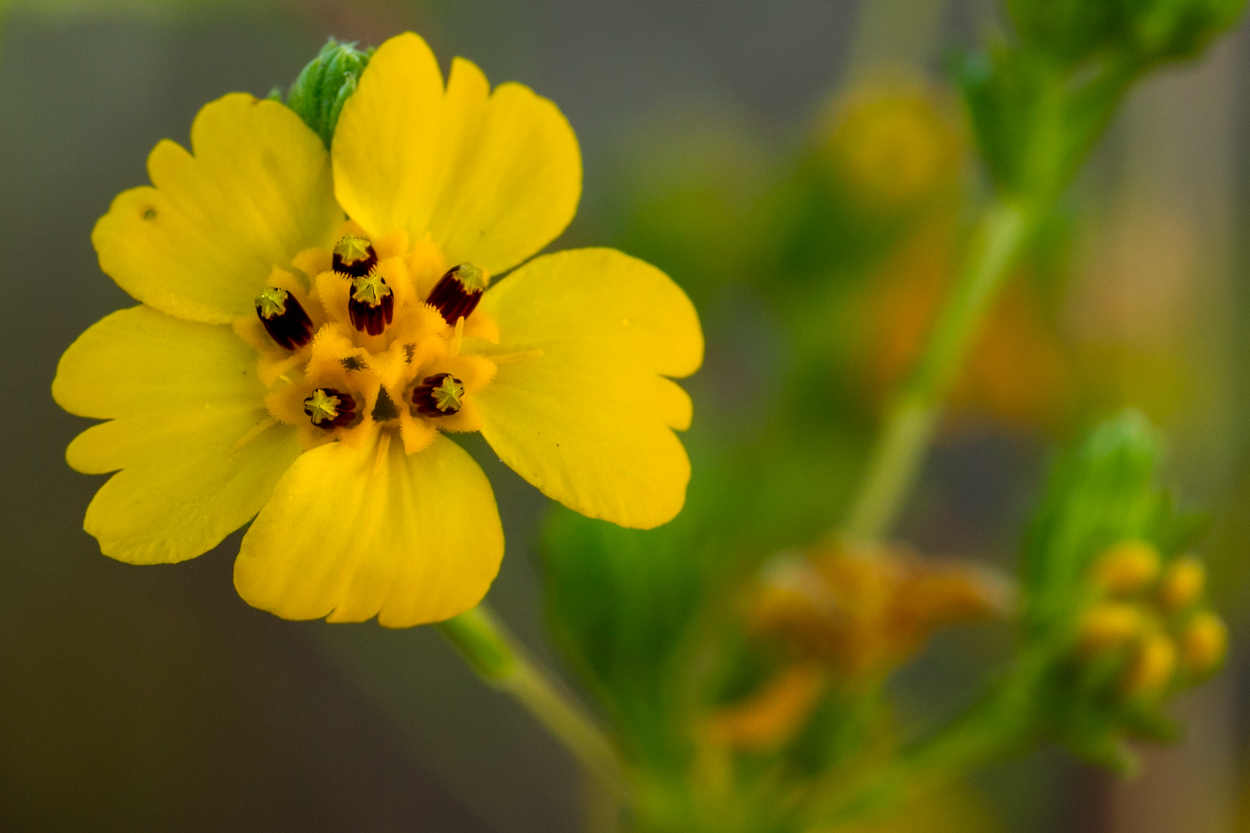 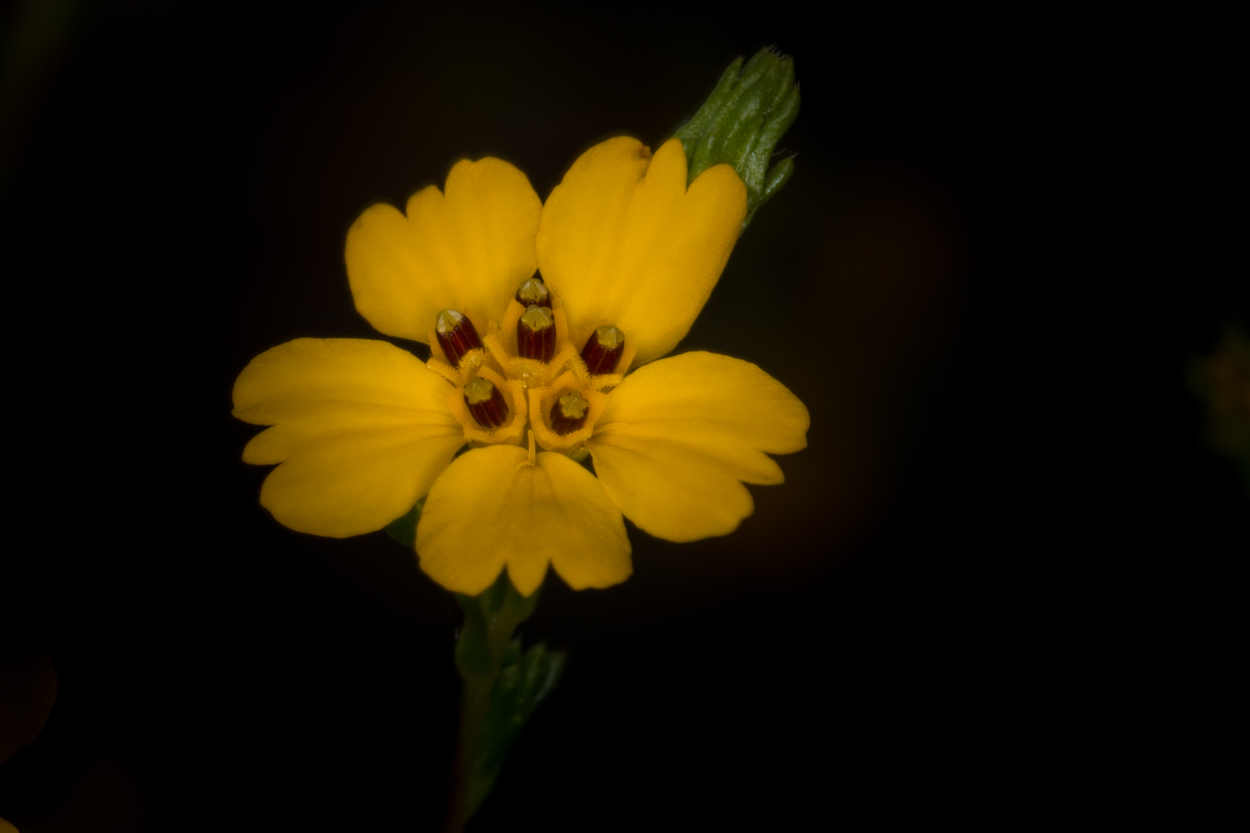 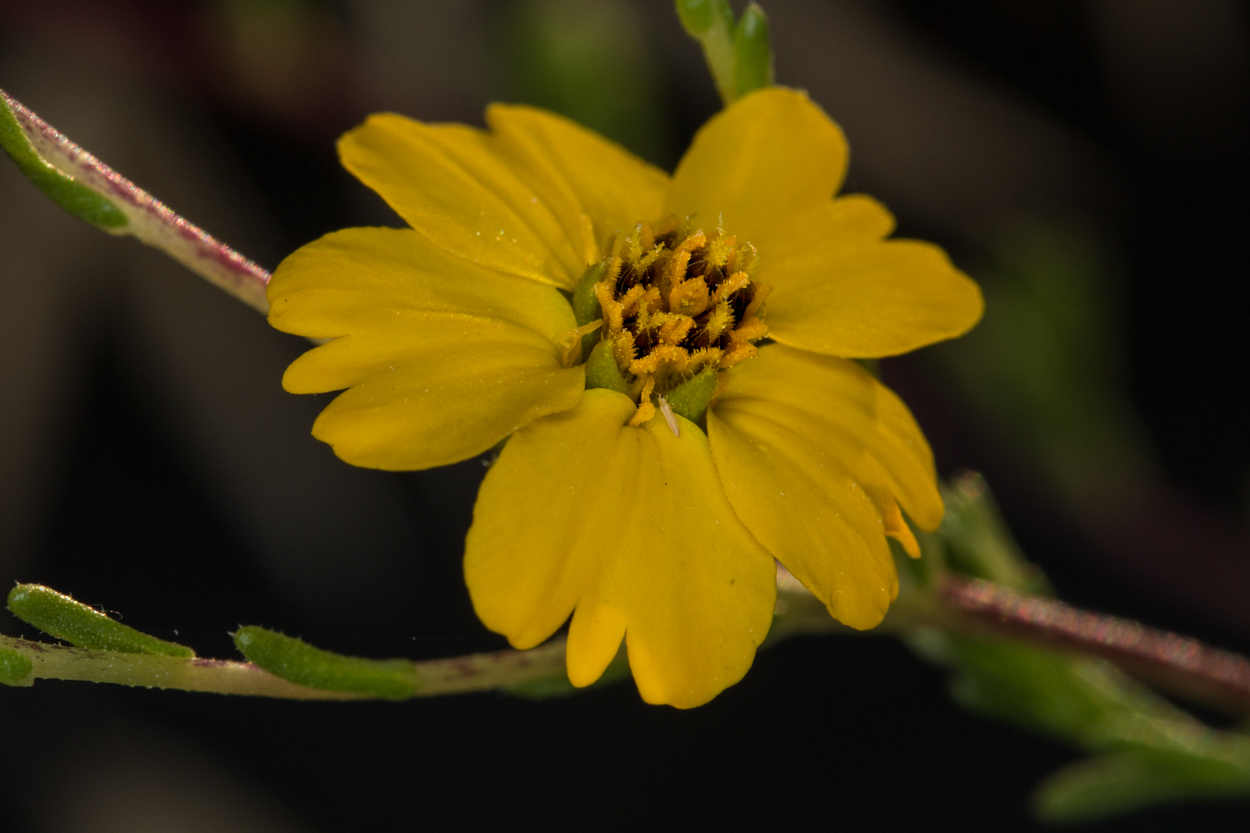 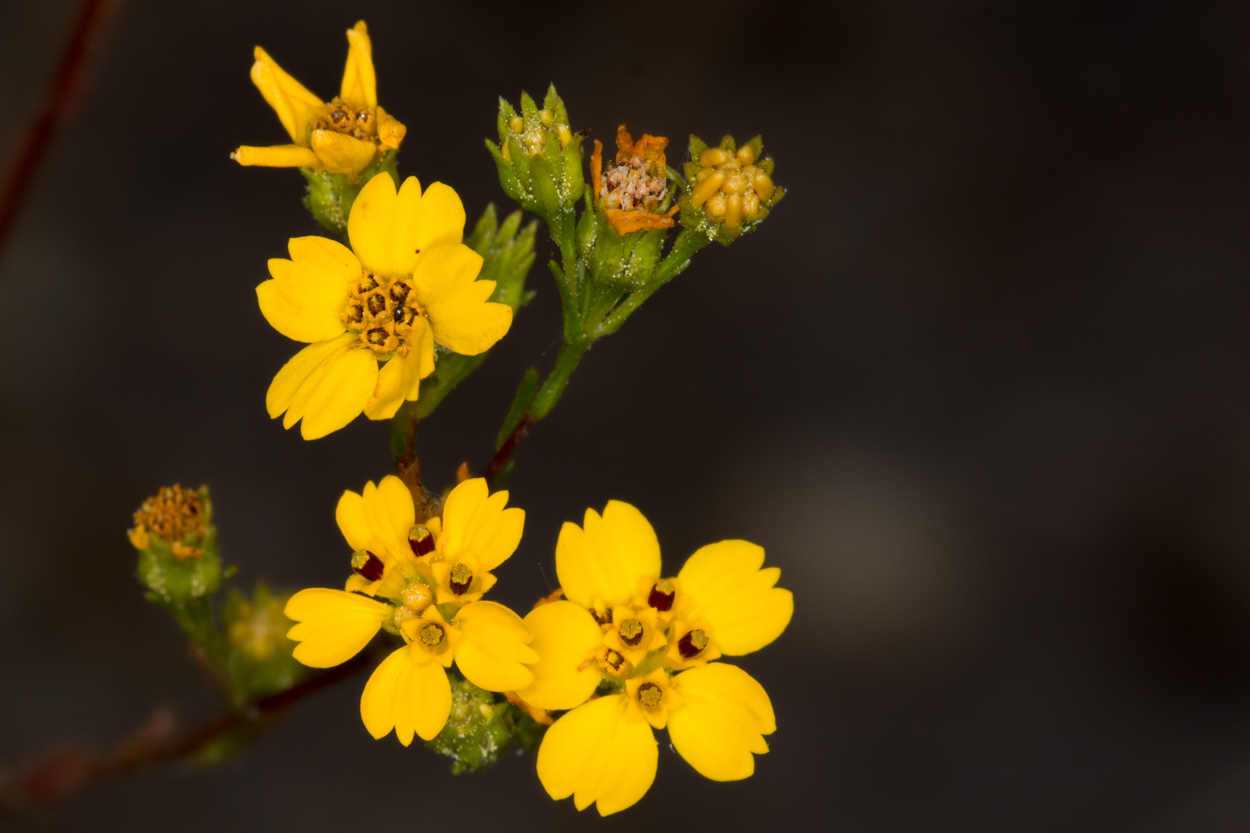 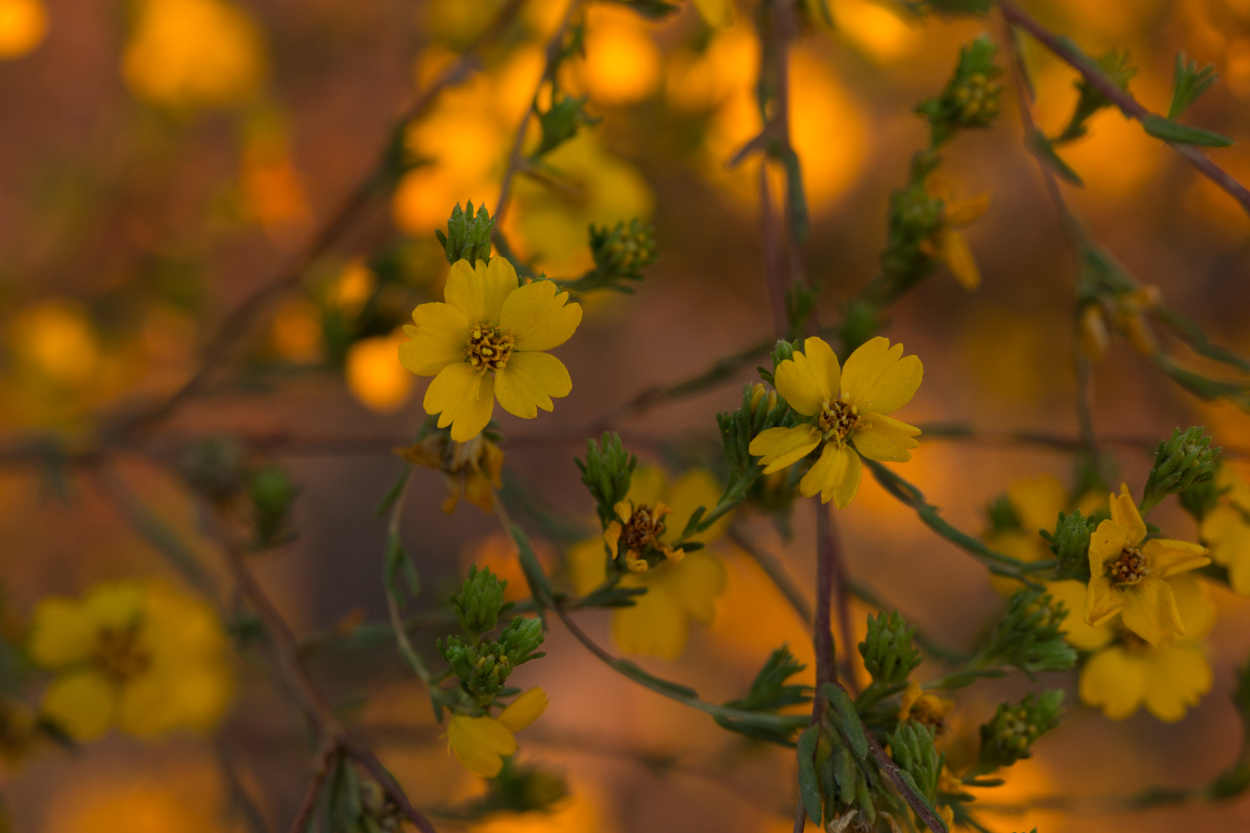 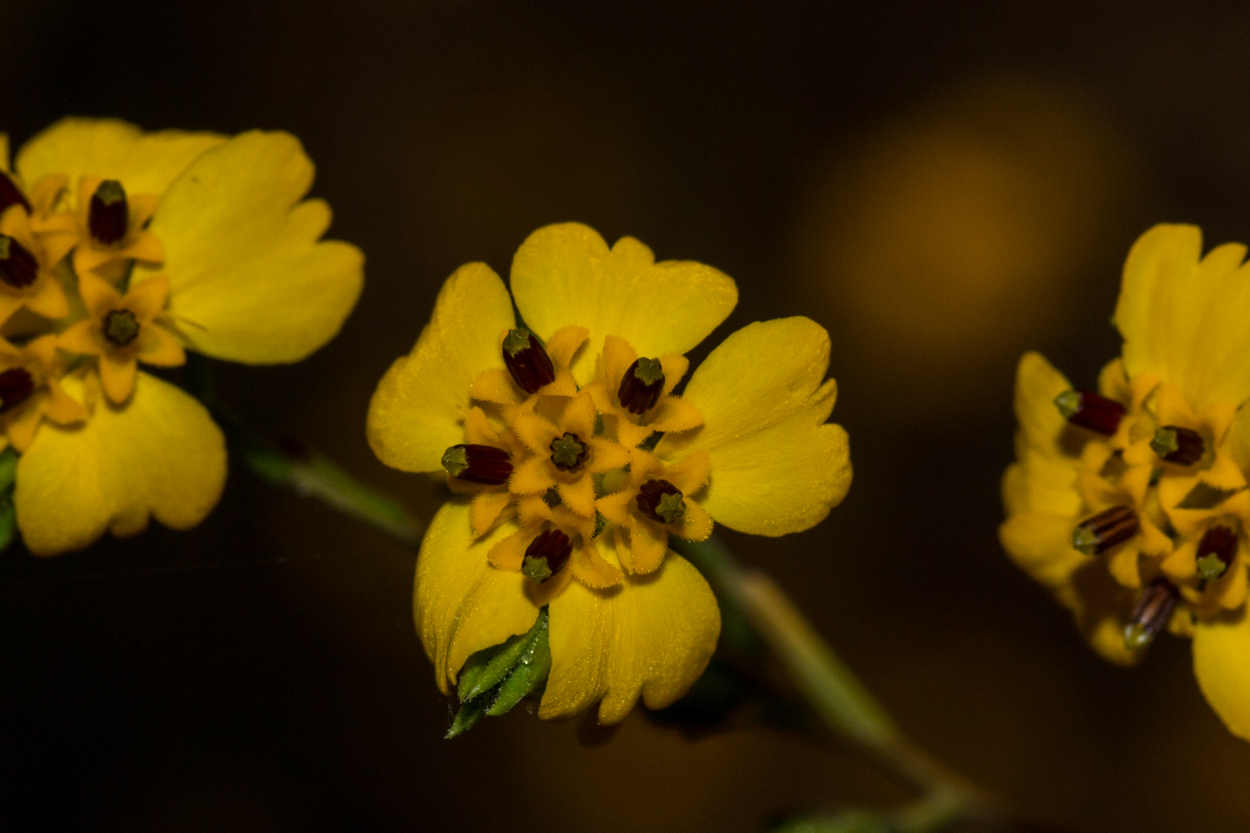 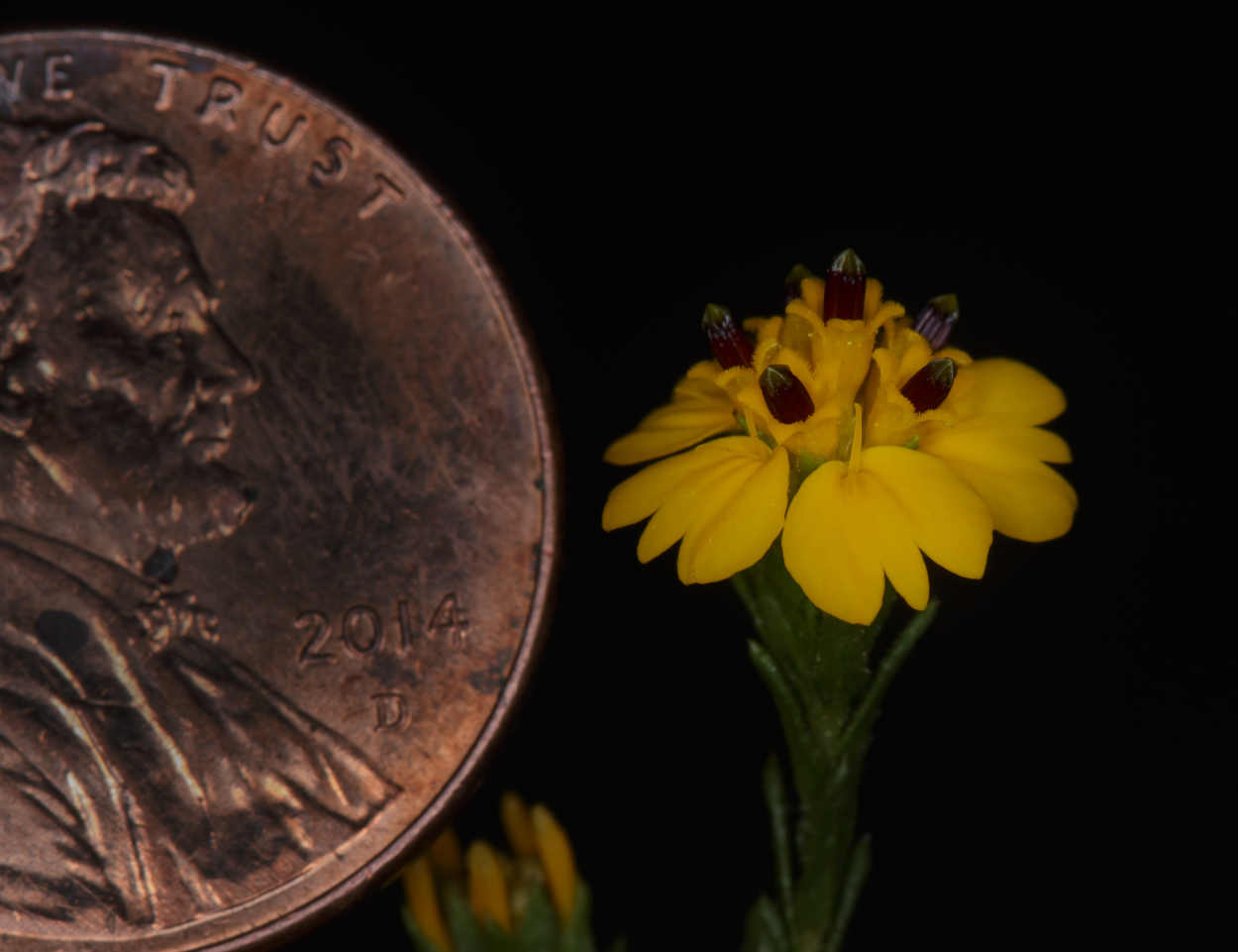 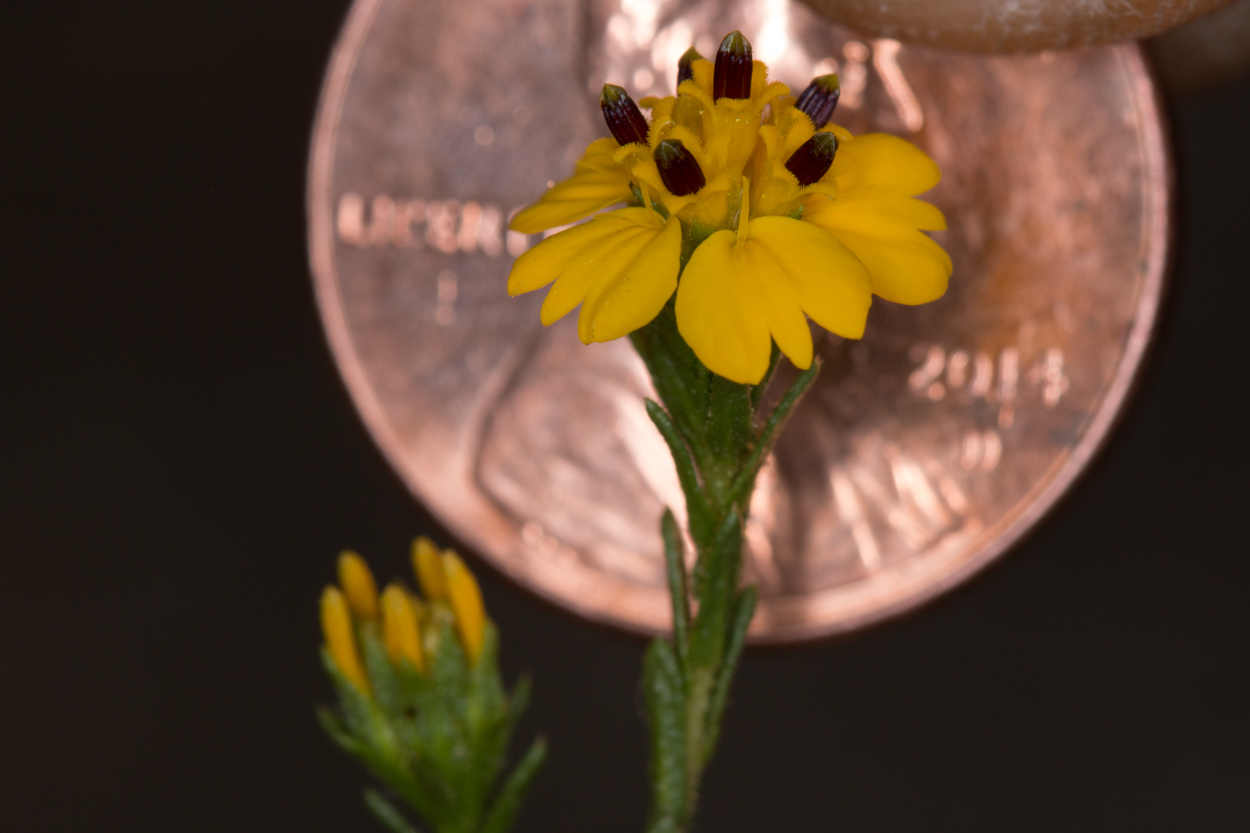 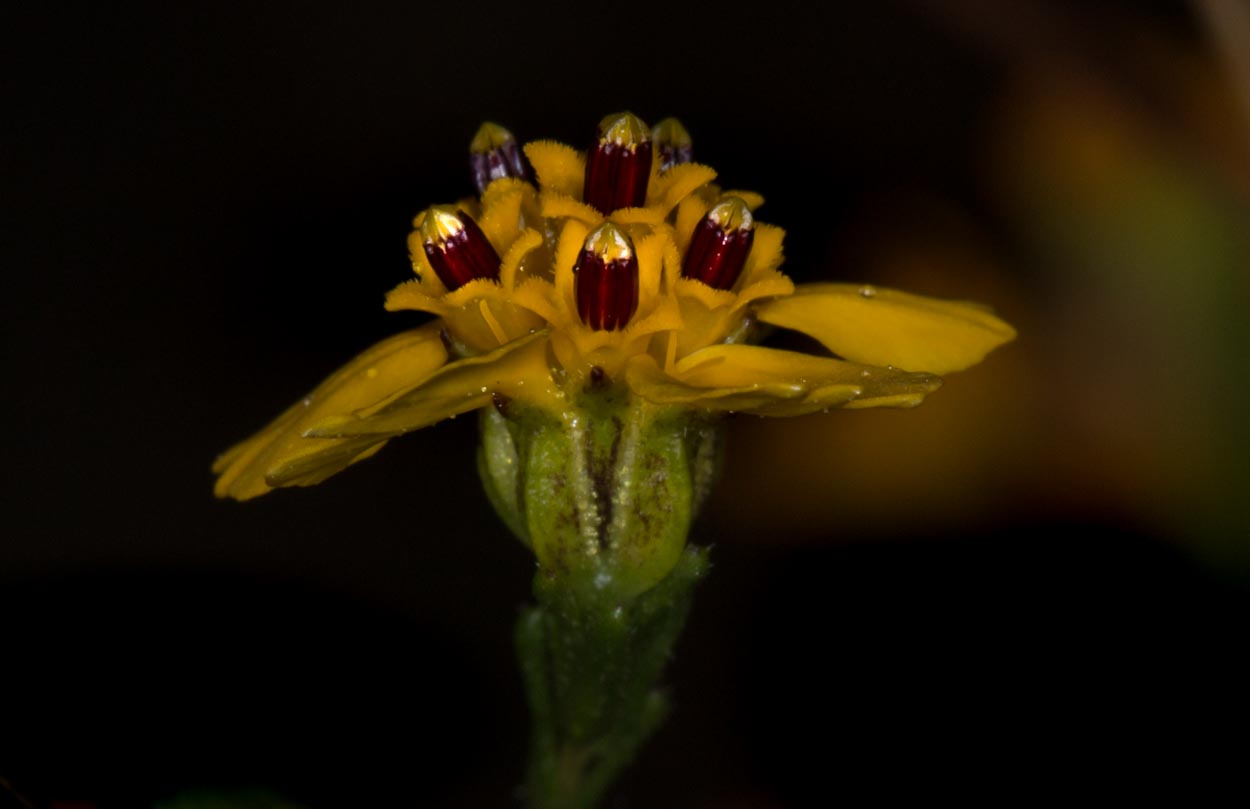 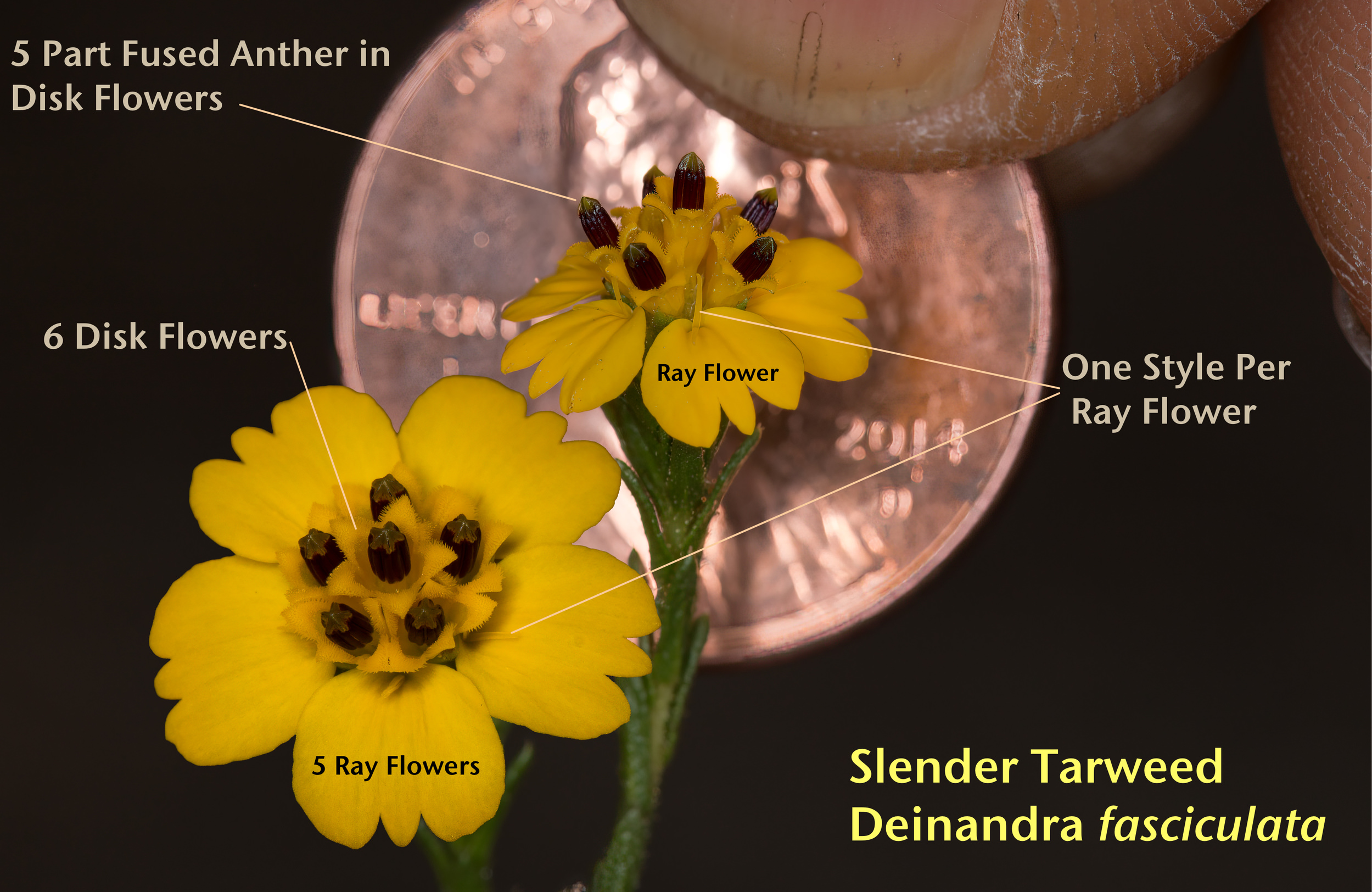 Slender Tarweed- Deinandra fasciculata is an upright, branching native, annual herb common to our Santa Monica Mountains. Tarweed is native to areas of southwest California, south of Monterrey Bay, and into Baja California. Open, disturbed areas, mainly in sage scrub and chaparral below 2000 ft. are its preferred habitat. Blooming from May through August, this plant provides plenty of Spring color long after the first flowers of Spring have faded. This plant often grows in the same spots that Goldfields and Fiddlenecks dominated. Once you recognize the color of the flowers you may be surprised to see the plant growing in large quantities often competing with invasive plants like Black Mustard and various thistles.

Similar to many other plants, a basal rosette of leaves are the beginning of above-ground growth -below ground is taproot. These leaves are usually dried up by the time the plant produces flowers. Above the basal rosette, the leaves are alternate, simple and small. The plants have glands that contain a resin-like fluid that is considered aromatic (depending on the age of the plant that odor can be pleasant or pungent) and could stain your clothes. The resin may serve a couple of purposes: deterring grazers and reducing the amount of moisture lost during the warm months of summer.

Plant Usage: The Chumash gathered and dried the tiny black seeds, removed the chaff, pounded the seeds with a little water rolled into a ball and then eaten. Pinole, made from the seeds -a flour-like substance that was used dry or in gruel. Jan Timbrook’s book mentions “..in times of famine; the entire plant could be boiled down into a tar-like gum and consumed”. The Chumash fastened several slender tarweed plants into a bundle two to three feet long for a broom. Used food or as a broom to sweep - Nature provides with a bit of ingenuity!

The process of creating the next generation is a little different from other members of the Asteraceae family. The tiny seeds lack a developed pappus to help them sail away from the parent plants. Instead, gravity or animal dispersion are the methods this plant uses.

Name Origin: Link to Calfora.net - the best source of this information
Deinan'dra: from the Greek deinos, "wondrous, fearful, terrible," and and aner, andros, "man, male, stamen" (info from Umberto Quattrocchi) fascicula'ta/fascicula'tum/fasicula'tus: derived from a Latin word meaning "bundles" and describing the way the leaves are attached to the leaf stem in little bunches or 'fascicles'